“Different Cuba” with the Fuji X-T2 and the 23mmF2

Cuba is the largest island in the Caribbean and one of the last countries where socialist regime rules the country. Is it the regime or the poverty sticking to the people, that makes Cubans so extraordinary? I have been thinking about it for some time. Whenever I looked Cubans in their eyes, I saw a sad lethargic face. When I looked in the face again, I saw a beaming person, who has never lost hope. Hope is the word which was inscribed on their foreheads.

Until the revolution, Cuba was a paradise for the mafia, everyone was trying to get as much for themselves as possible. Fidel wanted “something more” for Cuba, however, there was a little bit lack of reality in his utopian vision, therefore he tied Cuba in chains which have, in many cases, taken the people the rest of their dignity.

We headed off to the main island which is 1,200 km long and is 190 km wide in some parts. We travelled 3,000 km on this island. The surface is mainly lowland. There are highlands in the west, in the east and in the centre of the island. We were enjoying the view of the changing profile of the Cuban landscape while traveling. We did not come across the swampy areas on our journey. We saw small marshes, in which there were herons resting in the sun, on our way to the Ancón beach near the town of Trinidad. We have heard amazing stories about the sunset one could see from the Ancón beach, we liked it there.

The Cuban coast is very often surrounded by coral reefs and atolls, so we tried snorkeling at Cayo Jutías. We saw neon fish, starfish, a couple of coral reefs, but we collected lots of dead corals on the shore. Cayo Jutías is a very beautiful beach – you can go swimming there, relax or see mesmeric mangroves, those roots and branches growing out of sea create labyrinth of the world and paradise of the heart. In our opinion the Mexican Bay is more beautiful than the Caribbean.

We took a taxi every time we wanted to go to the beach from the village of Santa Lucía. The distance is 14 km only, but the trip there and back takes 1,5 hours. Cuban roads often remind of tank training areas; the journey that was supposed to take 2,5 hours, took 5 hours in the end. Our journey from Havana to Santiago de Cuba, which was 900 km, took 16 hours with short breaks.

We relished the amazing natural beauty and stunning sceneries in karstic valley Viňales, which can be found in the west of Cuba in the Pinar del Río province, 150 km south-west from Havana. The valley is full of so-called mogots, bushes, which are the most noticeable characteristic landscape element of the whole area. Mogots provide the area the unique purple colour, which is enhanced with the red colour of the clay soil.

The island is located in the tropics, so the heat is ever-present. Cities like Santiago de Cuba or Havana were baking hot – up to 40°C. Sometimes, the wind was blowing and we spent two afternoons in Casa Particular because of heavy rain. There are hurricanes in Cuba at the end of summer and in autumn. We visited the country two months after the hurricane Mathew made lives of the people here more difficult. The sight of fallen palm trees and destroyed humble homes of the local people living in the neighbourhood of the Baracoa town made us weep tears. 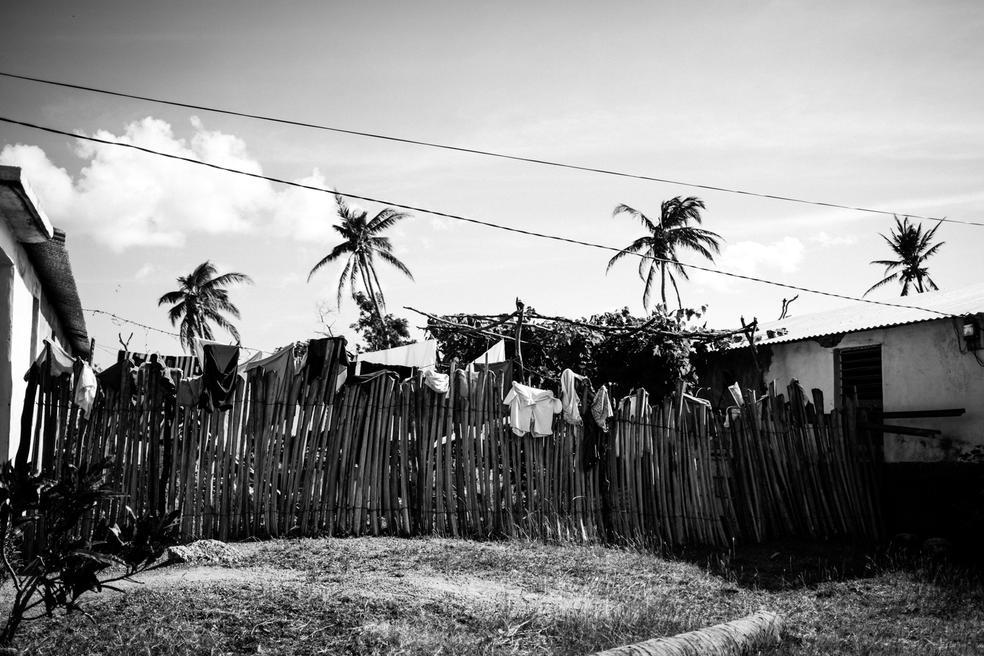 Cuba is often called the pearl of the Caribbean because of its nature wealth. When Christopher Columbus found this country, he called it a paradise on earth and he desired to own it. That is the time when the 500 years’ dominion began. Christopher Columbus found this country in 1492, when the Indian tribes of Siboneys, Tains, Caribs and others were living there. Most of them died out during the Spanish colonization as a result of infection diseases brought from Europe, or they mixed with the Spanish. Most of the Indians committed a mass suicide because they were scared of the Spanish – that is something you cannot find in a guidebook, but the locals tell you. There is a rock in Yumuri, a small village near town Baracoa. The Indians used to jump off that rock. There are no natives in Cuba. 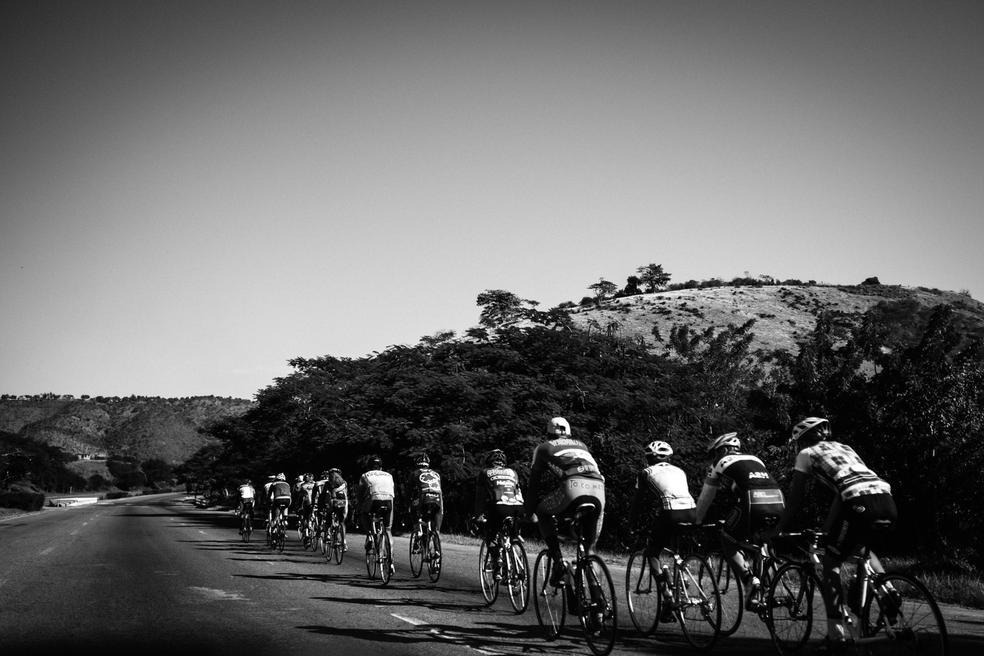 There are lots of endemic animals, birds and plant in Cuba. 5 % of the surface of Cuba is covered with national parks. There are only a few savannahs. In the sparse forests there are locusts, Cuban pines and palm trees, especially the giant royal palm tree, which is the Cuban national tree. There are tropical forests in the east and mangroves on the coast. We have seen both – the perfection of smooth curves of the royal palm trees and the unrestrained mangroves. Mangroves are being eliminated at most of the places in the world, so summer resorts near the sea can be built. Therefore, we enjoyed every look at those extraordinary, endangered and protected trees. We felt the same way when gazing at the El Nicho waterfalls in the Cienfuegos province. The water was cold, but we did not mind. The refreshment was welcomed.

A large part of the island is cultivated and used for agriculture. We saw the tobacco and coffee fields in the west of the country. There are mostly banana and cane fields on the rest of the island. You will not see farmers with tractors in Cuba. You will meet Cubans accompanied by oxen. There are mules and horses cropping the grass along the roads. There are Cubans, sitting next to the houses, who are waiting for something that is not coming. They are sitting quietly, gazing at something, sometimes smoking a cigar or a pipe, swinging in a rocking chair, talking to their neighbours or the people who are passing by and then they are gazing again. No one know what there are thinking about…

The environment in Cuba is strongly disrupted by the activities of the state. The independent environment inspection is blocked and the publicity is prohibited. The pollution critics, as well as the regime critics, are imprisoned. Material recycling level is very low, however, despite of that, it is clear everywhere. There is no unleaded petrol. Many cars are remade from diesel to petrol-powered cars. Sometimes we had a feeling that we were very close to be poisoned by exhaust fumes when traveling in old cars. 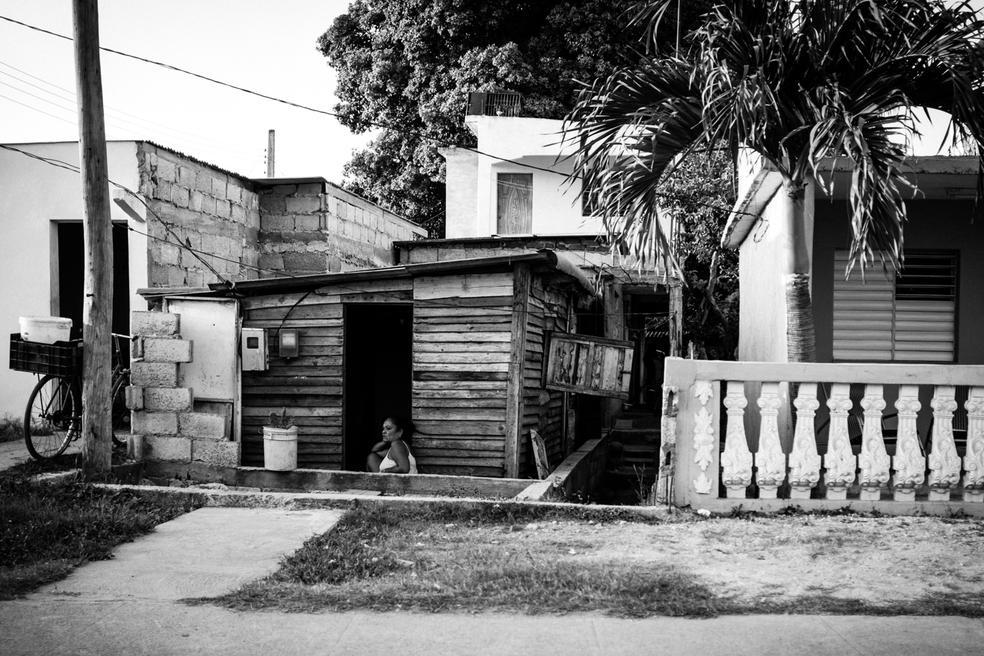 We kept changing the nature for cities. We tried not to spend too much time in the cities. We visited Havana, Santiago de Cuba and Cienfuegos. Despite of not reading nice things about Santiago, I have taken the most beautiful photos here. There was something different about Santiago. The light, the people, the atmosphere, everything was magic. There are almost half a million of citizens in Santiago – it is Cuba’s second largest city. It was founded in by Spanish Diego Velázquez de Cuéllar. Santiago showed us an exceptional sunset, we watched it from the shore in a port.

Havana is the main traffic junction in Cuba. There is a port, international airport and the main Cuban road. We followed this road to Santiago and Viňales. There are also trains, but it is not recommended to take trains, because they tend to be a couple of hours delayed and they are devastated so much that there is nothing to sit on. We did not check if this piece of information was real, because we did not have time to do it. We used taxis even for long trips. We even borrowed a car for a lot of money once. The public transport is the buses, but we did not try those either. Regarding the poor economic situation there are special semi-trailer buses, so-called Camellos – we took those twice.

Havana was the first place we visited in Cuba, so we thought we were in a dream, immediately. We have never seen something like that before, so we did not know what to look at first. We were surprised by the local people who left the entrance door opened and the hall was the centre of everything. The hall often became a living room or a dining room. The locals spend most of their time here, at the threshold of their homes, in the place we call a hall. We had the opportunity to have a dinner in one of these houses. The old Havana was charming despite of the condition we have seen it in. It was busy, wild as a boisterous river and extremely photogenic.

Comparing Havana to the neoclassical Cienfuegos which was founded by French immigrants – Cienfuegos was the opposite than Havana. It was calm, delicate and romantic.

Cuba is a country full of colours, but it depends on the optics you chose to look at it. What also matters is the mood you are coming to Cuba in. Before we went to Cuba, we spent a really lot of time reading blogs, tips by Lonely Planet or the National Geographic guidebook. We had a lot of information, so we were ready for everything, especially for the worst scenario. We decided to leave all the positive and negative expectation aside. We wanted to get to know the real Cuba, a country which is, according to the locals, “So different!”, and we made it.

rmjokelova.cz
Prints raffle among the first customers of the “At The Edge Of The Sea” movie Photography feels good: the incredible power of women photo shoot