HORRORS MEETS NOIR – The idea of this new f/50 project arises from the curiosity to see horror and noir movies mixed together. Think about the classic George Romero Night of the Living Dead frames overlapping Michael Curtiz’s Casablanca iconic scenes…
BOOOM! My brain goes crazy! Double exposure technique and a hard b&w is my way to illustrate this “surreal universe” where two worlds come together and merge. Zombies take care, Detective is now on your tracks! Suggested soundtrack: “Can It Be All So Simple” by Wu-Tang Clan. 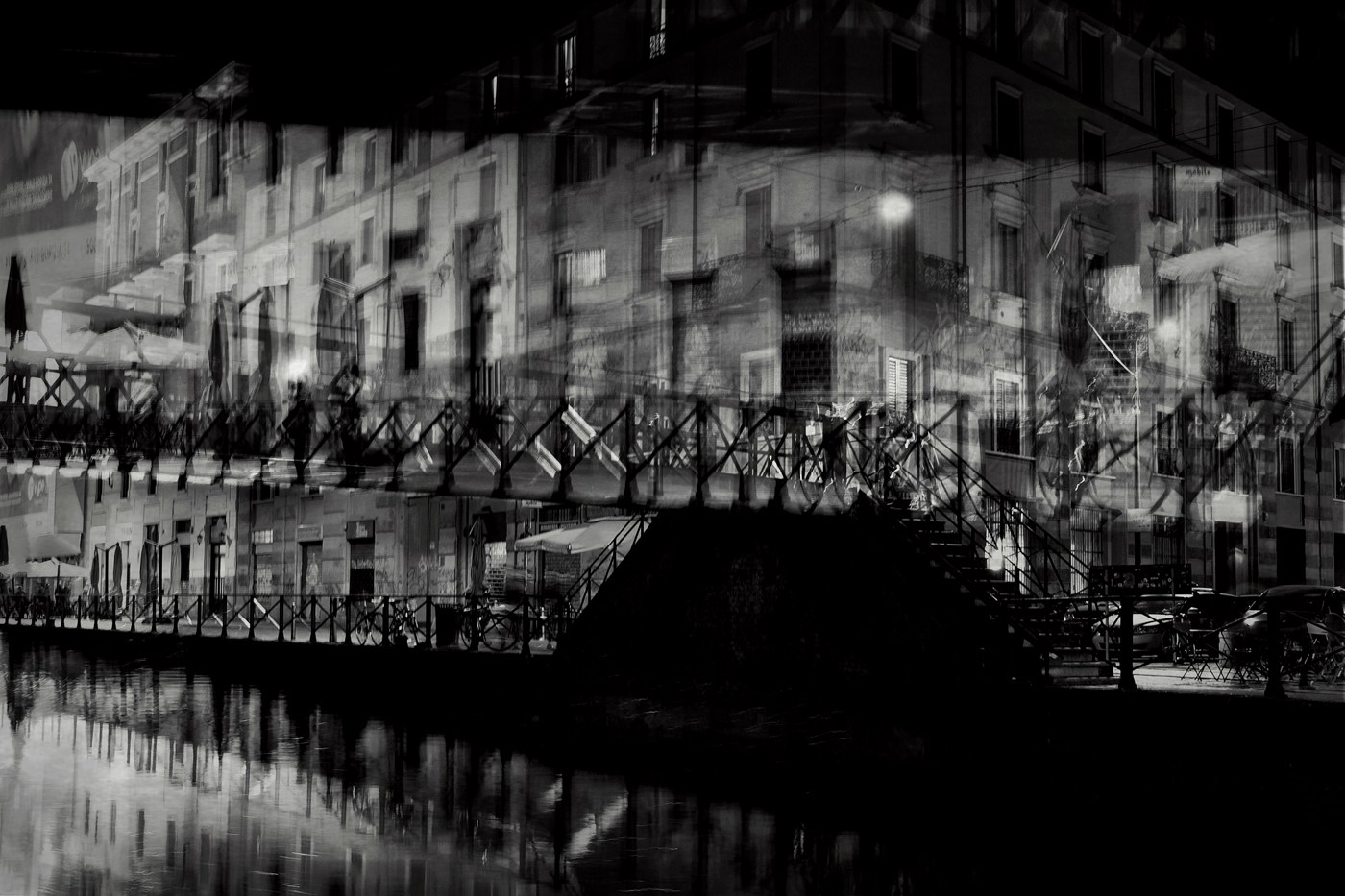 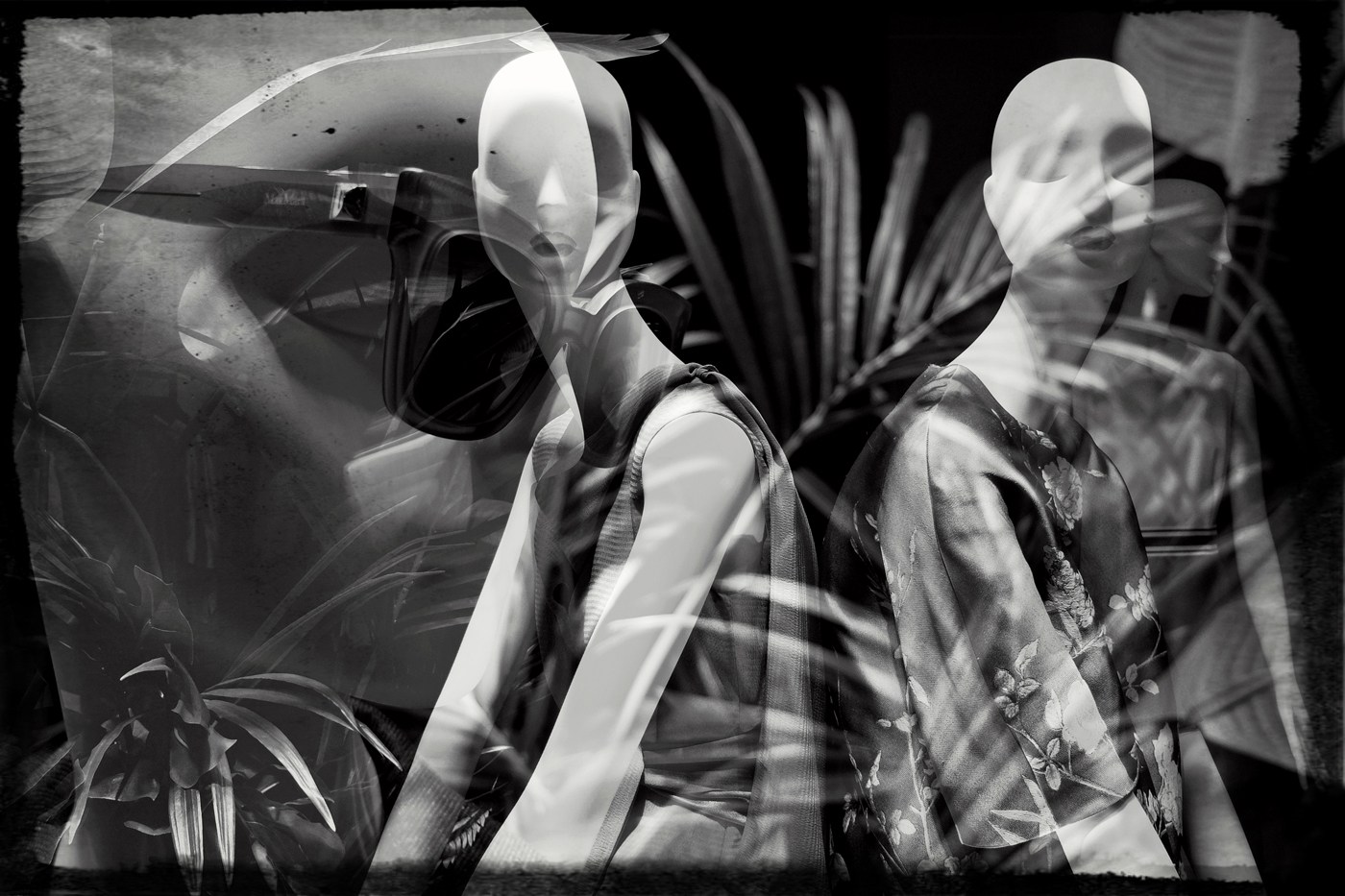 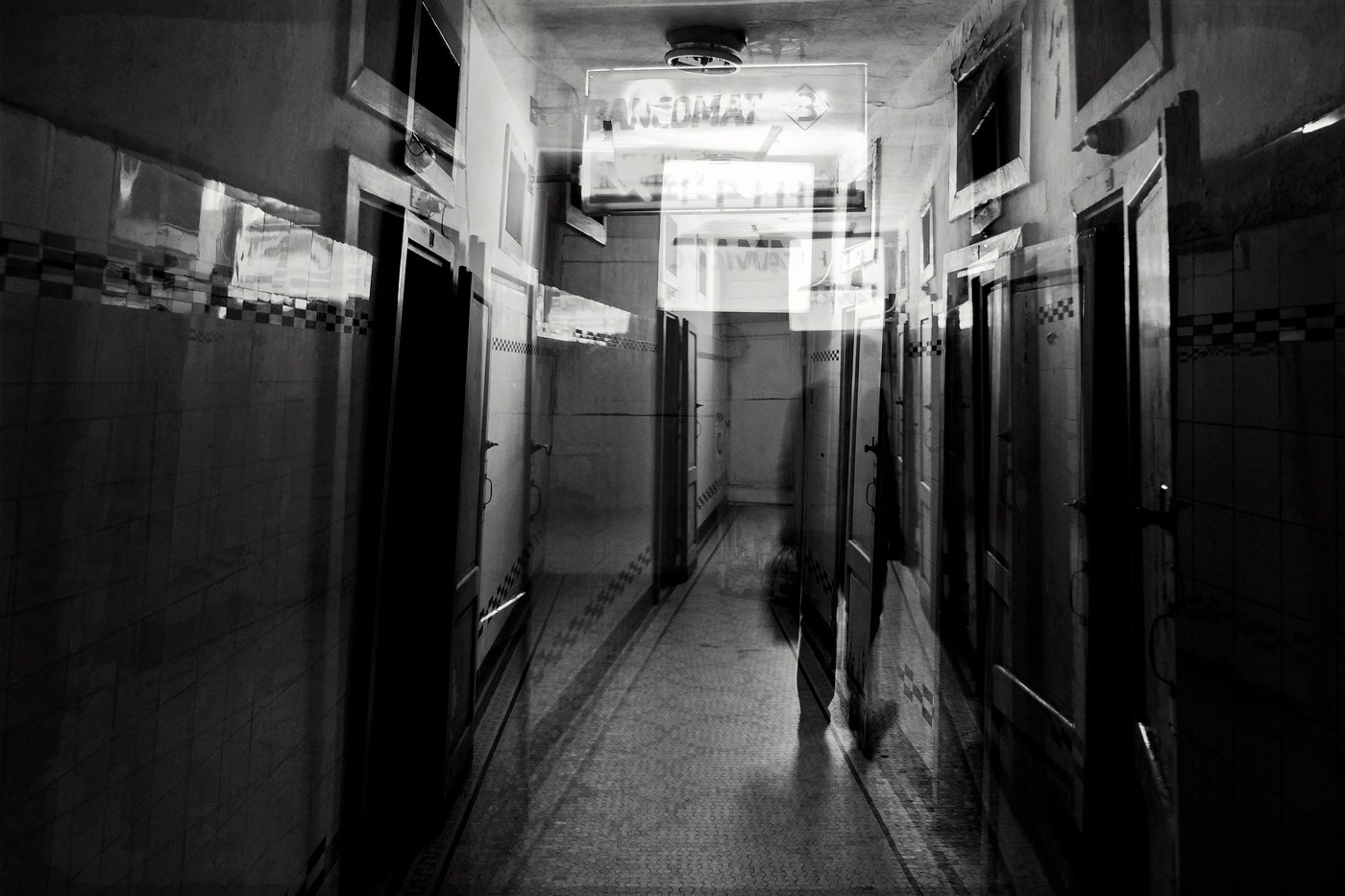 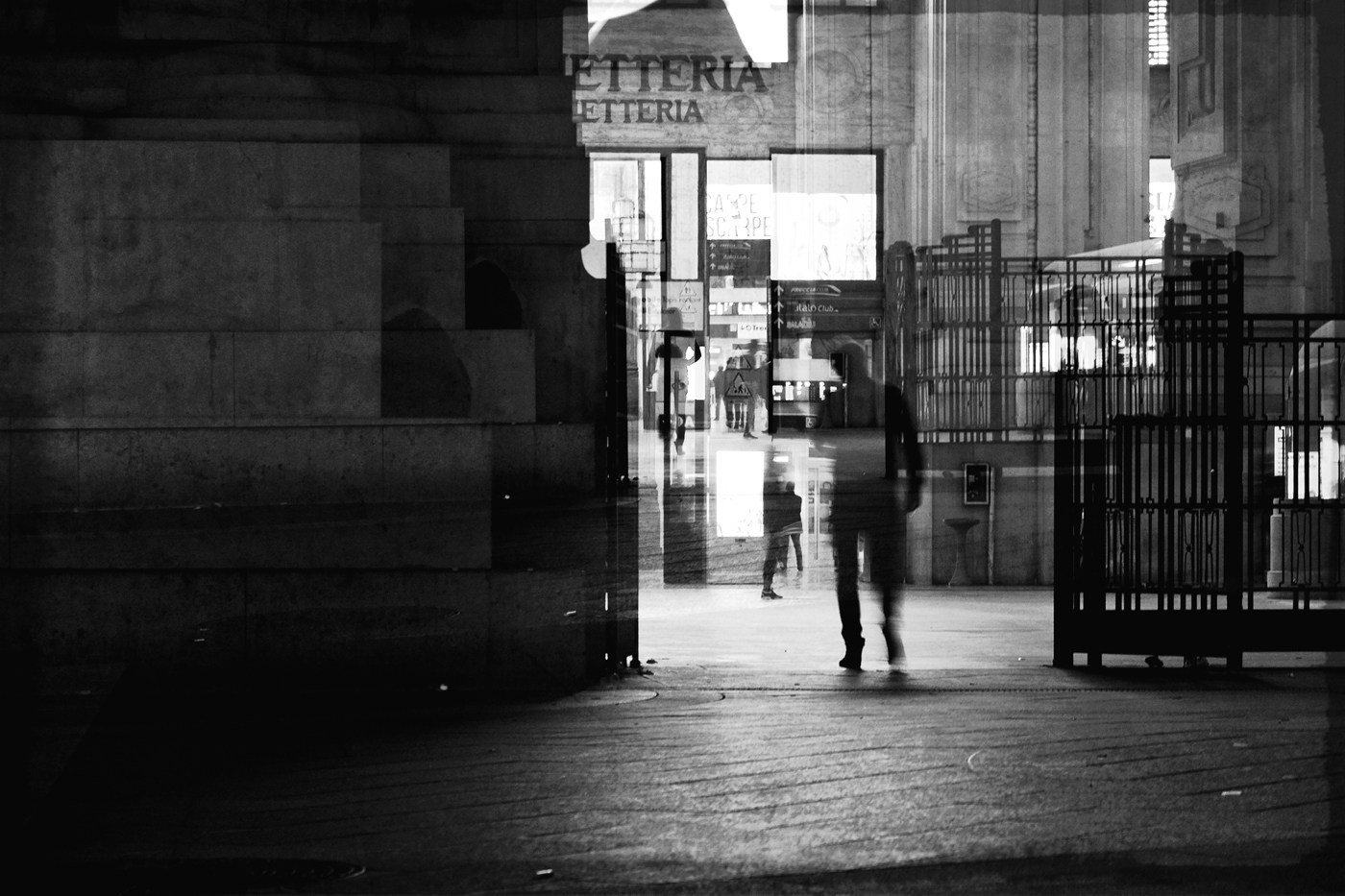 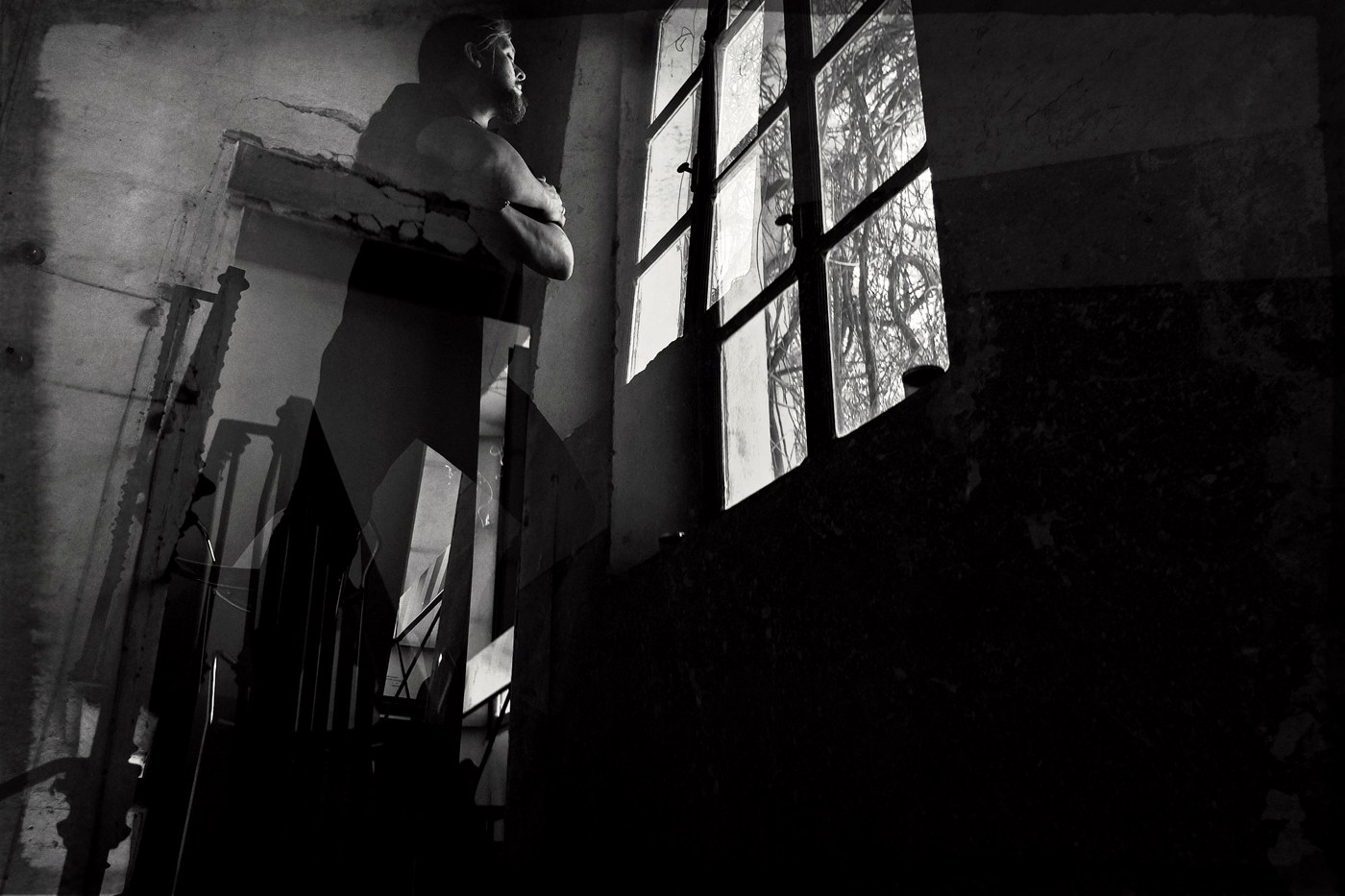 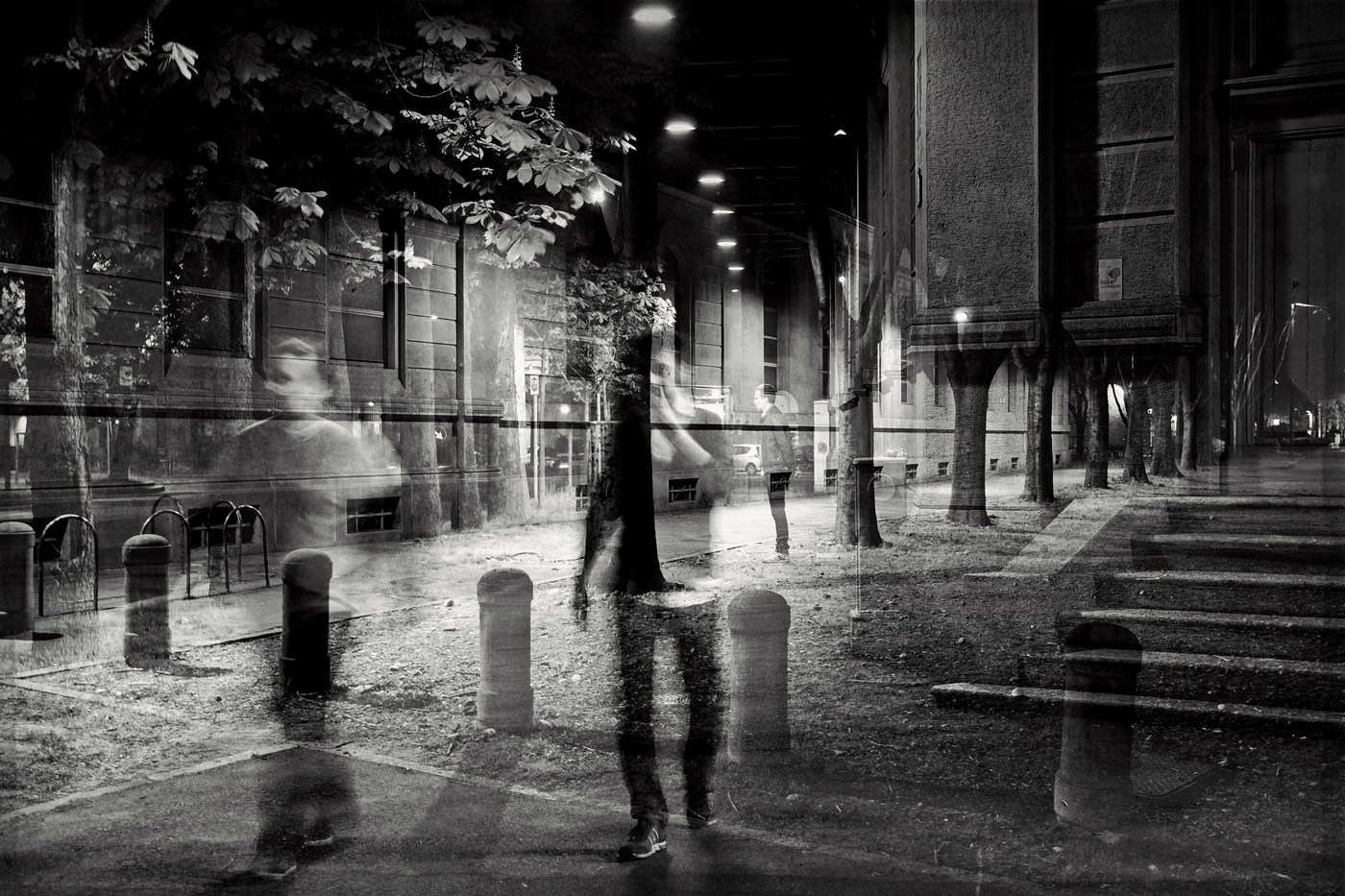 Matteo Ceschi – Milanese street photographer, essayist and journalist, writes for several magazines and has exhibited his shots in various locations. He is a member of f50/The International Photography Collective. His latest projects were in collaboration with English photographer John Meehan, founding member of the f/50 Collective, and with Italian fashion brand Lucio Costa. His latest exhibition “Ko.existence” (with the patronage of the Italian Embassy in Bosnia Herzegovina) was in collaboration with photographer Jim Marshall at Public Room Evergreen gallery in Sarajevo.
https://tellingwithmyeyes.wordpress.com

I’ll be honest, I don’t know whether to thank my F50 colleague Matteo or not for his suggestion of ‘Horror Noir’! I didn’t find this particularly easy at all, but I do like a challenge so below you’ll find my interpretation of this project.
I won’t say too much, but I tried to take my usual candid street style and find individuals in locations that portrayed a sense of solitude and anxiousness, that seemed ambiguous or even a little lost.
I definitely tried to concentrate on a feeling or emotion above anything else and I think I captured some tension in my shots.
So… Thanks Matteo! Perhaps your next suggestion could be a little easier!! Lol. 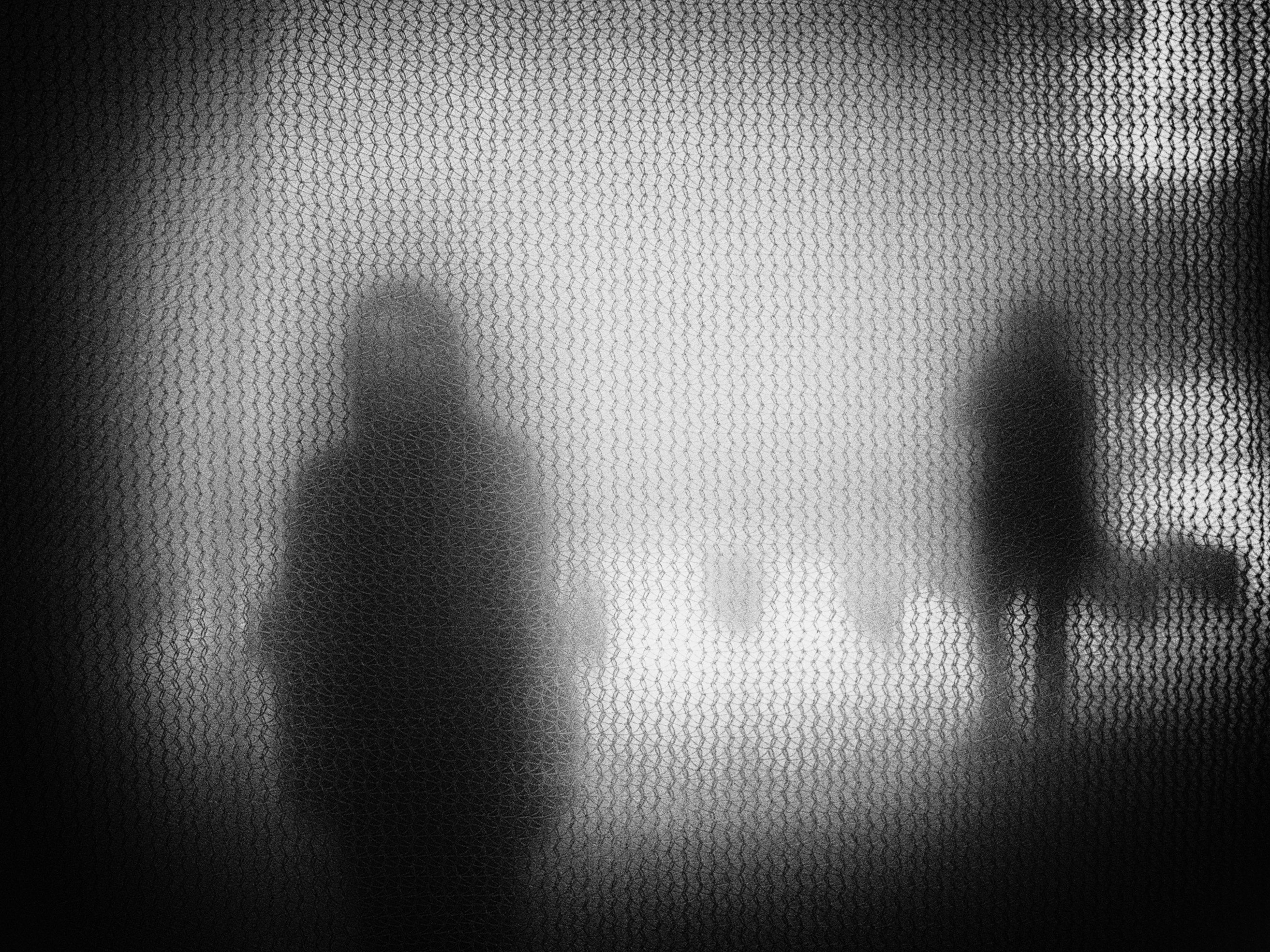 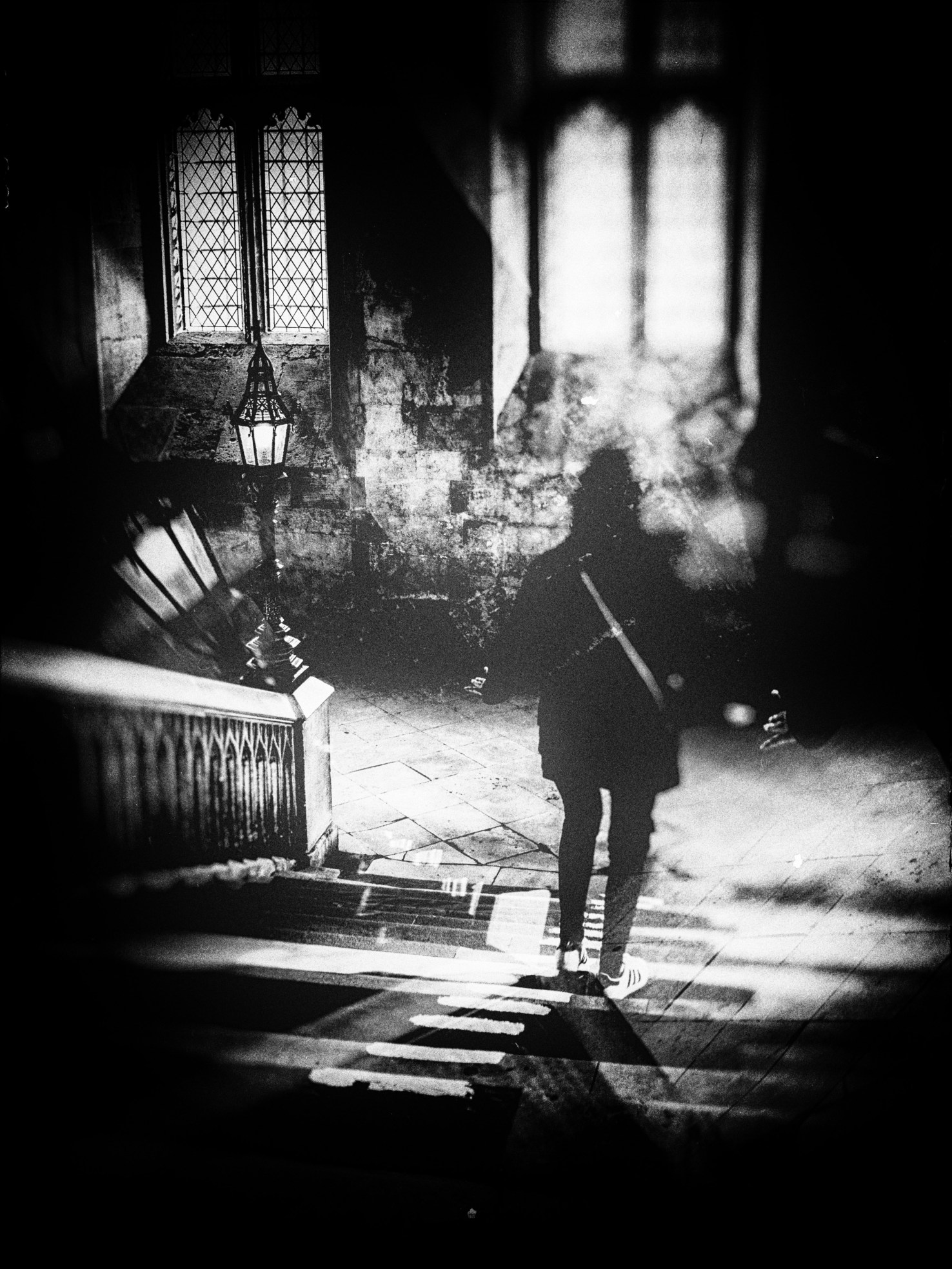 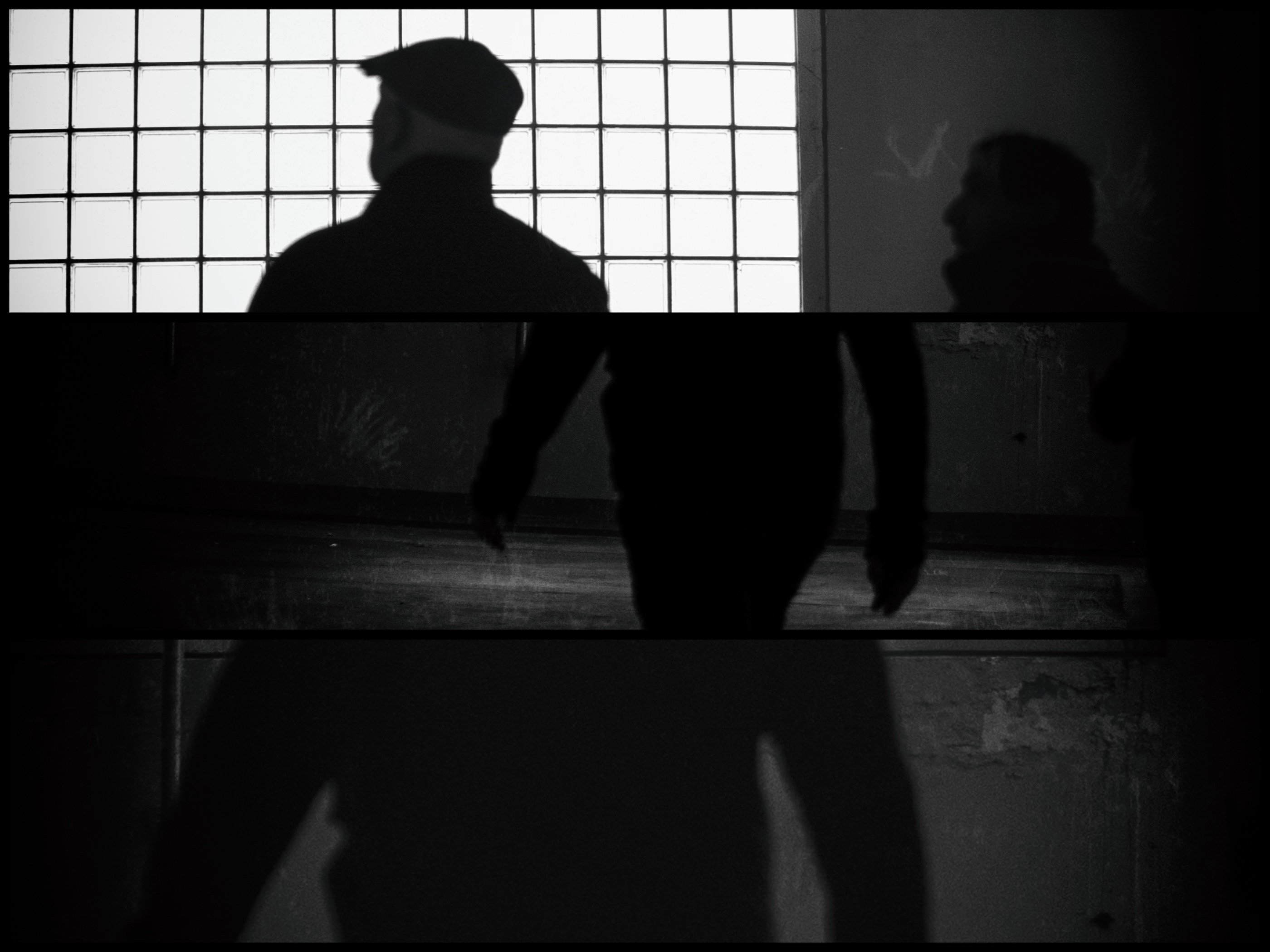 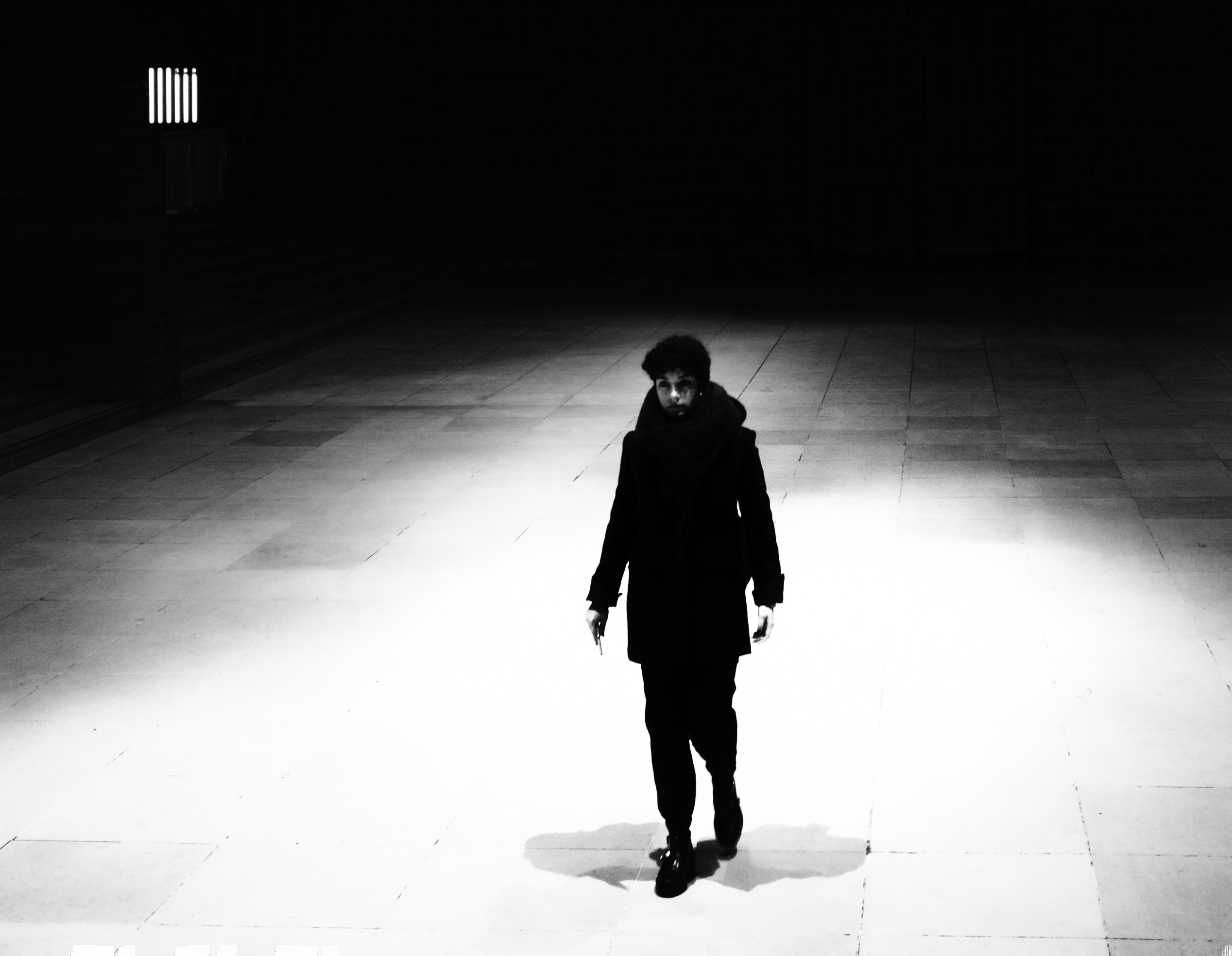 Steve Coleman – I’m a 44 year old street photographer, born in Dartford, Kent, but very much a Northern Soul and have lived and worked in Liverpool for the past 20 years.
I’ve had an interest in photography for a long time, but have stepped in and out of the medium for the last 20 years or so, more recently deciding to take pictures more consistently after discovering the beauty of street photography… for me the purest of all forms.
I’m deeply drawn to people, faces and locations where us humans live and work. I’m a street geek and study as many of the so called masters of street as I can to try and understand the nuances that make street pictures great!
I can be very particular about the craft and tend to be very hard on myself when i consider good vs bad pictures.
I blog a couple of pictures I’ve taken each month but rarely any more, I don’t think most of the pictures I take make my own grade but I’m more than happy to be strict about what I consider a good shot.
If I can compile one book in my lifetime of truly memorable pictures with meaning and substance I’ll be more than happy. Stop by my blog if you’d like to see where I’m up to on my journey… The end!
www.streetframe.co.uk

I’ll have to be honest as well. When Matteo proposed this idea for a post, I was quite hesitant. Instead of making images specifically for this idea, I acted like a somnambulist. I just let things be. Keeping Matteo’s idea in the recesses of my brain. 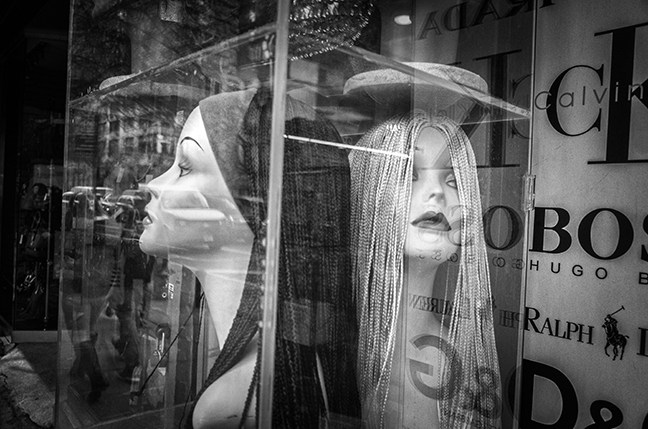 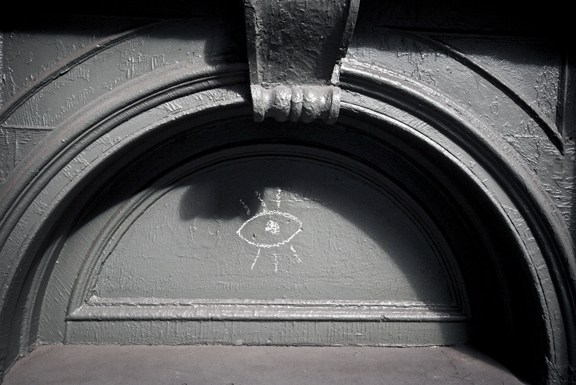 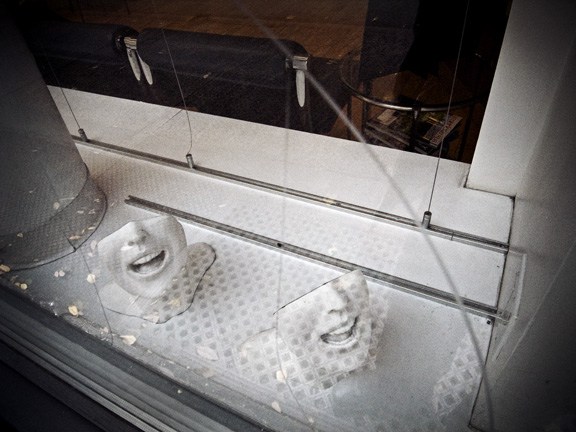 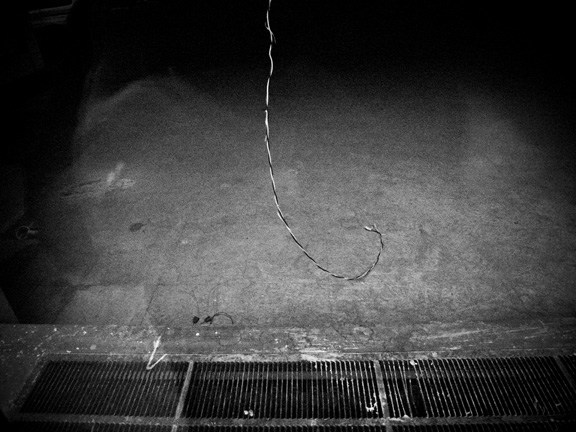 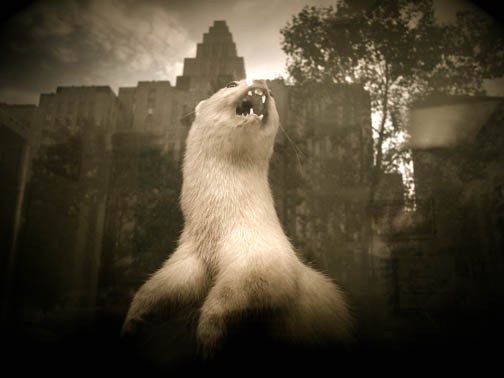 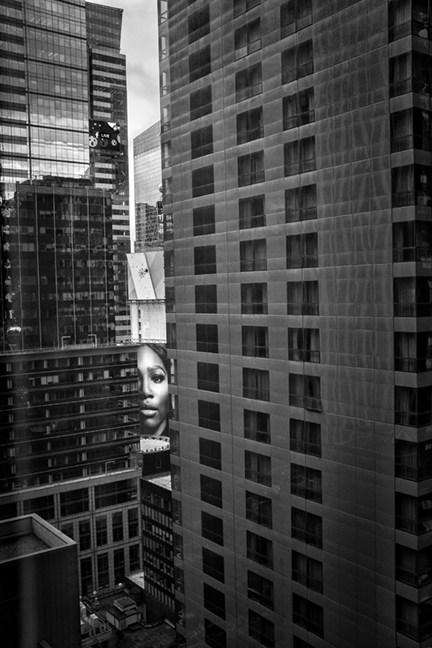 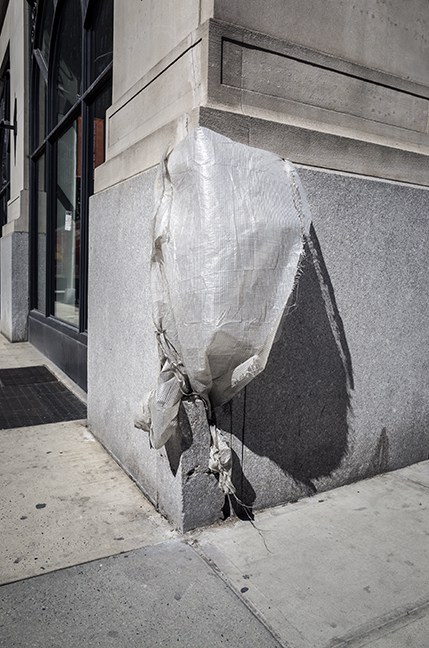 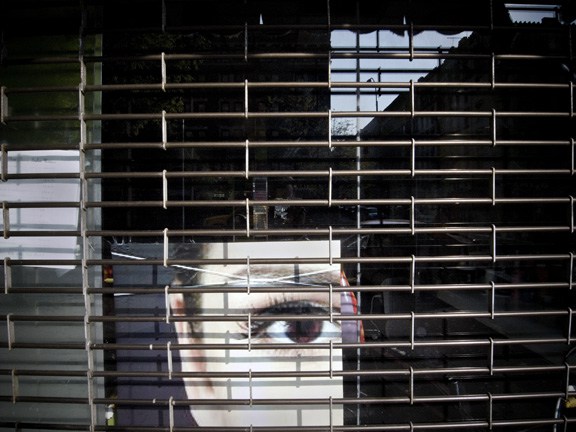 Keith Goldstein – I was born in Brooklyn, New York. I live and work in New York City with my wife Nicole and our young son Ethan. I am a strong believer in doing what you love and sharing a vision that is close to your heart. My work has been published in many publications including – ABC News Australia, Now Public, Flak Magazine, JPEG Magazine, File Magazine, Snaps Magazine, SHOTS, Boulevard, Mercury Records, Diversion Magazine, Cadillac Motors, I Magazine, Penquin/Putnam, Simon & Shuster, St. Martin’s Press, and on many book covers.
History throughout my life has been important. Not just world or photo history, but personal history. Being in touch with who you are and where you are from. Knowing that everything, somehow is connected.

One quote that has always stood out for me:
“I’m always looking outside, trying to look inside.
Trying to tell something that’s true.
But maybe nothing is really true.
Except what’s out there.”

I am honored and humbled to be a part of this collective.
https://keithgoldstein.me