Hello Michael! We believe any introductions are not necessary, since your work has been widely spoken within the photographic medium and you are a regular collaborator of the Fuji X Passion project. Anyway, could you please make a brief presentation?
First of all, thank you for the opportunity for this interview. I’ve been working with you for some time, so I know you’re real professionals and enthusiasts in the field of photography. Therefore, it’s my pleasure to answer your questions.

I was born in Kladno, Czech Republic, in 1972. My photographic career began only 5 years ago when I was 40 years old. From the very beginning of my career, I have dedicated my work to the humanistic black and white documentary photography, focusing on long-term projects. I love this genre and I think it is needed today, even though many think it is dying.

This year of 2017 could not have had a better start, right? Being awarded by the World Press Photo Foundation was a recognition of your work and more than deserved in our opinion! Since then, has your life changed in any way?
Not too much, fortunately. I was happy with the way I live my life already before I received this prestigious award, which I very much appreciate, of course. If I had to say it briefly, then perhaps the biggest change is that I am now more closely watched by both professionals and amateurs in the field of photography. Many people probably do not understand how it is possible that a person who had a camera in his hands for the first time five years ago could so quickly be awarded in the World Press Photo, the world’s most prestigious photojournalist competition. Moreover, when he still uses the oldest model of Fuji X series – X100 (laughs).

When we first published your “Chess | Youth Tournaments” series back in October 2016, immediately we felt these images were special. You captured beautifully the moments of tension and emotion experienced during that competition. Among your other series, why did you choose this one to submit?
I believed it was the topic that could reach many people around the world. Chess is the international sport known to people all around the world. Still, I’m not aware of any other photographer who would try to shoot this sport just like me, that is, from the view of chess players themselves. Not just documenting the tournaments themselves, but trying to capture the high emotions and tensions which are often overlooked by many viewers of this sport.

If we had to describe your work in one word, we would choose: consistency. And we’re not just talking about the careful processing of files, but mainly the way you merge between people and capture these moments almost as if you were invisible. Could you explain how do you do this?
Yes, I try to be invisible like all the photographers focusing on the documentary photography. I think I’m doing pretty well because of my friendly nature. I hope people feel comfortable with me quite soon and get relaxed. I usually return to the same place repeatedly, so people get used to me and cease to perceive me. Another factor that certainly contributes to my greater invisibility is the discreet size and sound of my camera.

Speaking of file processing, how much time of experimentation and self-learning until you developed your own way of representing reality? How was this process since your first steps into the world of Photography?
I think that I created my own photographic style pretty soon. Perhaps it was because I was not so much interested in technical and theoretical issues, and from the very beginning I was very much focused on WHAT I was photographing rather than how, with which camera and so on. I let myself be guided by my heart. Of course, over the first two years I created my own visual angle of view of the events and stories going on around me. I prefer a slightly lowered view to get the viewers more drawn into the story, especially in chess tournaments.

Was this award a good excuse to upgrade your gear or do you use the same old (but good) Fuji X100?
I’m still using a single camera, already mentioned Fuji X100. I am very used to this camera and I do not have the heart to leave it just for the newer, technically superior models. Maybe I have one more reason for that. Most of people ask me 90% questions about the camera model I’m using. It makes me sad when I see how wrongly people are when thinking about what really matters in photography. I’m not saying that the quality of a used camera is not important, but the impact of a camera itself on the resulting photograph is really fractional. So every time I answer them I’m using X100, I do believe they think about it for a moment.

Everyday people try to develop and publish a lot of work to update very often their websites and social networks. On the contrary, you work in your projects with calm and persistence, without pressure. Every project is wisely chosen and because, in some way, you feel a connection with the subject, right? Is that why each of your projects shows such commitment? What are your decision criteria for starting a new series?
That’s right. Usually I’m not forced to publish my new photo series in a hurry. I take my time. First, I want to think about the photographed topic for myself, to explore it as much as I can. When you present your photographs, and it’s especially true for long-term series, you always project a piece of yourself to the final work in the form of the photo series. Although you of course do not interfere with documented reality in any way, you do influence the resulting impression and interpretation of each photo and series as a whole with your shooting style.

Being graduated in Information Technology and having worked in that area for more than 20 years, your photographic career could not be more opposite: developing humanistic and social black and white documentary projects. Is it a way to keep your life balanced, avoiding logical operations and scheduled routines?
Believe me or not, my IT experience has helped me a lot in the field of photography, especially in the genre of humanistic documentary photography. When I presented the software to business people, I learned how to communicate with people, I got rid of the shyness that accompanied me during the study. I learned assertiveness but also humility. Even today, I’m glad I don’t spend 100% of my time with photography. My time devoted to IT and photography is balanced, so I’m still enjoying both. So, after all, I recommend everyone to work in IT business for a while before you start with documentary photography (laughs).

Obviously, in the recent months since you were awarded by WPP the press has shown a lot of interest in your “Chess | Youth Tournaments” project. But each one is unique and special. For example, the “Air Show” project we recently published in the latest edition of the Fuji X Passion printed magazine (Volume 3) is, in our opinion, equally impressive and we can see in every picture your personality reflected. Do you feel that all the highlight has gone mostly to the awarded work and that the bar has raised for the next series to stand out?
You are right in that I am reflecting my personality in my photo series. Or at least I try to do so. And since my personality is essentially unchanged from a long-term perspective, all my photo series should be more or less consistent from this point of view. I choose most of the topics myself and therefore I enjoy them. As I said before, I am now more closely watched by photographic community, so definitely the bar has raised for the next series to stand out. But believe me, I try not to rest on one’s laurels and continue to be myself.

Thank you so much for your availability Michael! Any last words for all the young (or not so young…) photographers willing to start a career in the beautiful world of Photography?
Be yourself, do not imitate anyone, do not overdo the technology, do not rush, and use your heart all the time. This, in my opinion, is the only way how to transfer your own personality and soul into your photographs and thus create your unique style. And do it with pleasure. 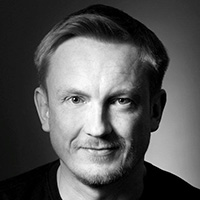 Michael Hanke was born in Kladno, Czech Republic, in 1972. His photographic career began when he was 40 years old. However, only one year later he began to receive prestigious awards for his work, both at regional and international levels. From the very beginning of his career, he has dedicated his work to the humanistic and social black and white documentary photography, focusing on long-term projects. His work has been awarded five times in the recognized Czech Press Photo competition. In 2016, he was shortlisted at the world’s biggest photography competition the Sony World Photography Awards with the series documenting the thrilling atmosphere of youth chess tournaments. In 2017, he has received the 2nd prize at the world’s most prestigious photography contest – World Press Photo – with his latest story from youth chess tournaments. His work was exhibited in several solo and group exhibitions around the world.

Michael Hanke was born in Kladno, Czech Republic, in 1972. His photographic career began when he was 40 years old. However, only one year later he began to receive prestigious awards for his work, both at regional and international levels. From the very beginning of his career, he has dedicated his work to the humanistic and social black and white documentary photography, focusing on long-term projects. His work has been awarded five times in the recognized Czech Press Photo competition. In 2016, he was shortlisted at the world's biggest photography competition the Sony World Photography Awards with the series documenting the thrilling atmosphere of youth chess tournaments. In 2017, he has received the 2nd prize at the world's most prestigious photography contest - World Press Photo - with his latest story from youth chess tournaments. His work was exhibited in several solo and group exhibitions around the world.

Posted on December 25, 2020December 25, 2020by Ilkka Arola
I'm Ilkka Arola, a 32-year-old professional musician from Turku, Finland. I've been interested in photography and cinematography for my whole life, but the real turning point for …
END_OF_DOCUMENT_TOKEN_TO_BE_REPLACED
Categories INSPIRATION

A fabulous gift that shook my world

Posted on November 3, 2020November 2, 2020by Ivan Mervillie
November 2015. I had been working as a professional photographer for almost 25 years. Due to my busy schedule, and since I switched to digital photography in 2001 with the Nikon D…
END_OF_DOCUMENT_TOKEN_TO_BE_REPLACED
Categories INSPIRATION

Posted on December 17, 2020December 16, 2020by Eb Just
My name is Eb Just and I live with my wife on a ‘country living’ block North of Auckland, New Zealand. Seven years ago, I sold my Self Care Group business, freeing me to retire an…
END_OF_DOCUMENT_TOKEN_TO_BE_REPLACED
Categories INSPIRATION

X30 Tales: It’s all about winning over a “Wild” little camera

Posted on January 20, 2021January 19, 2021by Matteo Ceschi
PrefaceGear doesn't matter, so they say. I had never bought into that idea until five years ago when I met the work of Matteo Ceschi. This talented Italian photographer shoots eve…
END_OF_DOCUMENT_TOKEN_TO_BE_REPLACED