Havana
It has been a long winter and an even longer wait for this vacation which my wife and I had booked back in July of 2017.

A sixteen day holiday split in two parts. Part I was a round trip through Cuba with stops in Havana,  Viñales, Cienfuegos and Trinidad.

The second part was a round trip in Mexico. I will come back to that in a second blog post as it would be far too much to write about in just one post.

Let’s start with Cuba. After a pretty long flight from Frankfurt to Havana we arrived at the airport, collected our luggage and headed straight to the hotel. By the time we arrived it was 9pm and we went to bed without doing much at all.

After a really good night’s sleep it was time to hit the streets of Havana. First stop was the Havana Club museum to see how the famous Cuban rum is produced. That was pretty interesting but a little touristy. None the less I did learn something.

Our tour guide took us right into the heart of Havana where we started the late morning with one of the most delicious Mojito I have ever tasted. And yes even at 11 am a Mojito is a good idea.

People, buildings, the wonderful colors and of course the vintage cars are just so photogenic.

My first impression of Havana: This is a photographers Mecca.

After a great lunch in a local restaurant it was time for a ride in on of Cuba’s vintage taxis. Our driver Fidel and as he stated “My name is Fidel, but not Castro” was a real Havanna guy. In is best Spanish he told us all about the city of Havana and the monuments we were passing. And no I don’t really speak Spanish but did manage to understand the one or the other he was talking about. Not to myself – learn Spanish.

In the evening it was time for a dinner, a Cubata which in Cuba is a Cuba Libre with the seven year Havana Club rum. Delicious I tell you.

The first day passed far too fast and I had the impression that I could have taken even more pictures. But quantity is not everything.

On day two we got into our small bus and drove to the Valley of Viñales. What a difference to Havana.

Viñales
Viñales is a small town on the western part of the island and right in the mountains of Cuba and therefore very different to what you would expect the country to be like. I did not take many pictures in the city, just a few street snaps. The highlight was a dinner at a restaurant called Balcon del Valle with a magnificent view over the valley of Viñales!

I think this will be it for part one of the Cuba travel. It might be better to split the vacation up into several blog posts as I fear it will all be too much to read and there will be too many pictures.

Talking about the pictures, these are all developed using the FUJIFILM X RAW STUDIO raw converter. One or another might have been slightly tweaked in Lightroom CC. Nothing more than push or pulling the highlights and shadows and adding a vignette.

Be sure to come back and read more about the day in Cienfuegos and of course the Unesco world heritage city of Trinidad.

And now some random shots from Havana and Viñales. 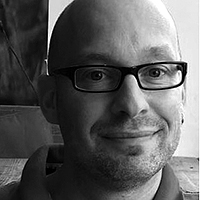 “My name is Daniel Stocker and I live in the south west of Germany near Stuttgart. Photography is a main part of my free time and of course on vacations my wife and I take. The second passion is traveling the world and getting to know new people and cultures. I have been photographing for the past 14 years building up more and more knowledge on it. I never went to any class, it is all self taught.”

"My name is Daniel Stocker and I live in the south west of Germany near Stuttgart. Photography is a main part of my free time and of course on vacations my wife and I take. The second passion is traveling the world and getting to know new people and cultures. I have been photographing for the past 14 years building up more and more knowledge on it. I never went to any class, it is all self taught."

Posted on September 9, 2020September 9, 2020by Gustaf Wiking
“My passion for photography stems from a life within the vivid culture of skateboarding and bicycle communities. My drive is to document the beauty of my surroundings, from dusty …
END_OF_DOCUMENT_TOKEN_TO_BE_REPLACED
Categories INSPIRATION

Posted on September 12, 2020September 11, 2020by fujixpassion
In two weeks, this is the second time we write to tell you about a book, and that is something that makes us particularly happy. In just twenty years, we have seen photography mov…
END_OF_DOCUMENT_TOKEN_TO_BE_REPLACED
Categories INSPIRATION

Posted on September 11, 2020September 9, 2020by Jorge Lens
I started in photography many photos ago.As a child, I used to love seeing the collection of postcards at home. I took them, ordered them and made competitions between them as if …
END_OF_DOCUMENT_TOKEN_TO_BE_REPLACED
Categories INSPIRATION

A self portrait of my work

Posted on September 7, 2020September 3, 2020by Devin Lang
The art of photography is one of the broadest and most unique forms of expression that allows every person the chance to experience a completely different view and range of emotio…
END_OF_DOCUMENT_TOKEN_TO_BE_REPLACED