One month with the Fujifilm X-H1

Luckily, I had already an early chance to get my hands on the Fujifilm X-H1 that has been announced on February 15th. My initial touch and try had been in December 2017. This was just a brief afternoon and was not more than getting a very first impression. What striked me then was the size of the new camera. Being used to a X-T2 this new flagship was big and no longer inconspicuous like all the other Fujifilm X cameras, I thought. On that afternoon I didn’t see all the advantages and new features and was just wondering if I really would need this camera.

One month later I had again an opportunity to use the X-H1. At that point I was still sceptical about its size, but I have gotten more background information about the camera and was of course looking forward for the first time to put it through its paces. As the saying goes “size doesn’t matter” I was focusing on what really matters like the inbuilt stabilizer, AF performance and all the other small details. The camera was quickly growing on me and despite just being a pre-production model, I really didn’t want to return it, but unfortunately had to.

It took another month until I finally got my very own X-H1 from Fujifilm Switzerland. While eagerly waiting for it, I was setting some shootings so that I really could get to the bottom of this camera.

I think there is no need to go through all the technical details. These and a lot of other information are available from the Fujifilm website. I will rather focus here on how I did overcome my scepticism and how the X-H1 has become my new main camera.

But before we go into the details, a small disclaimer. I’m Fujifilm brand ambassador. This doesn’t mean that I always should talk positively about every new Fujifilm product. These impressions here are based on my own opinion and are not aligned with Fujifilm. You might want to keep that in mind when reading the following lines.

So, let’s go in the details…

It is more than obvious that I should start with the size of the X-H1. To be honest with you, this is no longer a “complaint” at all. Once you have been using the camera, you will realize that it is very balance in your hands and the overall grip is better compared to a X-T2, independently if you use the battery grip or not. And even if a X-T2 might be still a bit less intrusive, a X-H1 still does not have a similar size than a comparable DSLR. During my first shootings in January none of the person in front of the camera seemed to have an issue with the size of the camera.

At these shootings I was as well testing the AF-On button, as this had been the way I was using my previous DSLR, but I was then considering that its position is a bit too far left. Having now my own X-H1, I don’t use the AF-On button anymore. The new feather touch shutter button has really grown on me and is a very practical new feature of the X-H1. I’m holding the camera now with a nice grip with the pointer finger on the shutter and my thumb on the AF joystick. This is now more balanced and less cramped than with the X-T2. In addition, the location of the Q button is not an issue anymore either. In the beginning I accidently hit the Q button as it was right on the back handle, but as mentioned I seemed to have found the perfect grip for me and this has no effect on the Q button.

Another interesting new feature is the second display that the X-H1 has inherited from the GFX. At first, I thought I would not need it when taking pictures and considered it more useful for filming. However, as it is fully customizable, I have set it up with some useful data like the battery information or the film simulation and no longer have to have this info in the viewfinder, which means there is less clutter and distraction.

Although I never had any issues with my X-T2 in any wet conditions during a shooting, one of the reasons I prefer the X-H1 now, is the overall improvement of the weather resistance of the camera, in particular on the battery grip. Unfortunately Swiss summers are not only blue sky and sunshine, so I’m glad I have the additional “support” or the upcoming open-air festival season and all the outdoor shootings.

Talking about performance, here is where the Fujifilm X-H1 really shines. Even Fujifilm itself is marketing the X-H1 as “the highest performance camera in the X Series range aimed at professional photographers and videographers”. One of the biggest highlights of the camera is its built-in image stabilizer (IBIS). To be frank with you, I haven’t really missed IBIS too much with my X-T2, especially since I have been using the XF 50-140mm and XF100-400mm which both have an image stabilizer (OIS). However, there had been a slight disappointment that my bread and butter lenses XF16-55 and XF 90mm don’t have OIS. For these lenses the image stabilizer in the X-H1 is a welcome addition. During the shootings, the stabilizer is always in the “permanent” mode so that the focus is on taking pictures. Based on my experience so far, I would say that the support is in the range of up to 5 f-stops as specified by Fujifilm, but I still have to bring the camera to more challenging situations.

As Fujifilm explains very well on their website (https://fujifilm-x.com/x-stories/x-h1-development-story-6/), for X-H1 they came up with a “new” AF algorithm, in particular for the phase-detection area in the center. This gives you an overall improved performance and works well even with lenses like the XF 35mm f/1.4 and XF 56mm f/1.2 that were struggling in challenging light conditions, especially in darker environments. For once “less is more” since with the phase-detection area, you only use 169 AF points instead of the maximum of the 325 points.

How is the effect on the battery? Subjectively, there has also been an improvement in battery consumption. After my shootings so far (IBIS in “Permanent” mode) it took approx. 1000 shots until both batteries in the battery grip were empty and the battery in the camera was still completely full. This is a rather acceptable number of shots that can be achieved, even if the same battery is used as in the X-T2. Surely, we are still a long way from the figures of a DSLR, but it is heading in the right direction.

There are other noticeable improvements in X-H1.

The camera has a brand new EVF. Its resolution is much higher in comparison to the X-T2. However its magnification is slightly less than to the one of the X-T2. The reaction time when using eye-detection and switching from LCD to EVF has been lowered from 0.4sec of the XT2 to just 0.15sec. This was really noticeable to me during the shootings and a very welcome optimisation!

The black out time of the EVF has been optimised with the X-H1. When I saw this for the first time, I was really impressed. The X-H1 is using a mechanical shutter and has almost no blackout; unlike competitor’s cameras that use an electronic shutter for blackout free shooting. If you don’t see it for yourself, it is really hard to believe. 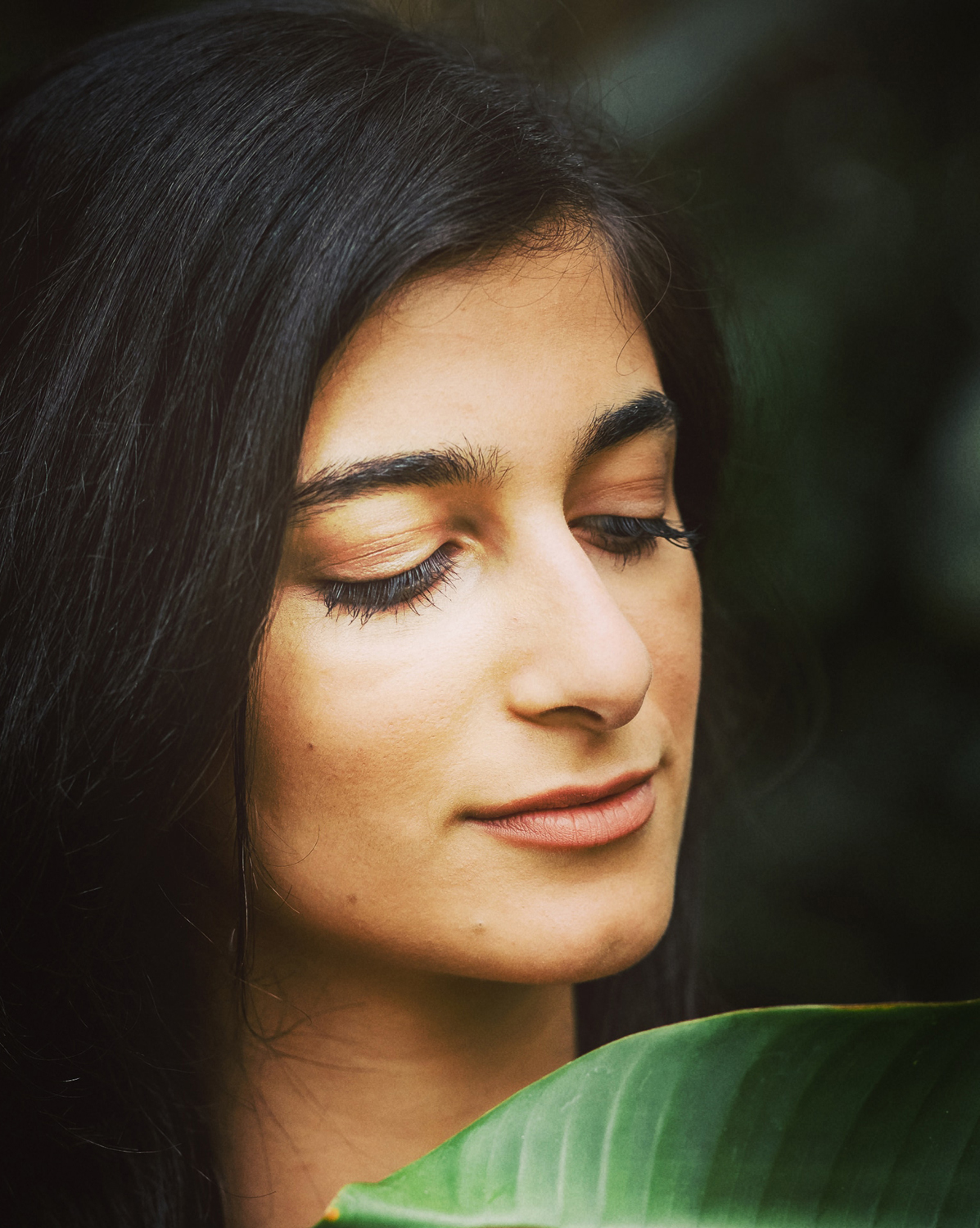 In terms of image quality there is nothing new here. The X-H1 has the same sensor that has been introduced with the X-Pro 2 and that I started to like back then and which was another reason why I’m keen on using Fujifilm X cameras for my work. In addition I’m quite fond of Fujifilm’s film simulation and now I have another one to choose from. With the X-H1 the new film simulation that has been introduced was “Eterna”. The basis for this is the old Fujifilm colour negative film for cinematographic films, which was known for its ultra-fine grain, natural skin tones and excellent grey balance. I still have to see how I will use it in my workflow, but I can definitely see for my portrait work.

One new feature that I still have not figured out on “how to use” is the touchscreen for the rear display. It has the same shooting and playback modes as the GFX and the X-E3. I liked it when I was testing the GFX, but with the X-H1 I still don’t see it really in my working and shooting style. It is definitely one feature that I have to explore more in the future.

On the other hand I’m quite pleased about a handy detail hidden in the setting menu, which is the creation of folders on the memory card. This is helpful to organize the pictures before or during shootings. And transferring files to the computer is made much easier.

In summary, how does the judgement turn out now after I actually have gotten my own Fujifilm X-H1? For me this was a love – hate “relationship”. It went from why to I need this bulky camera, I’m perfectly fine with my X-T2 to “do I really have to return the camera?” 3 weeks became then a rather longer time when I had to wait for my own X-H1. Initially, I thought that it was not necessarily a new camera, rather a bigger X-T2 with technical improvements. But once I got into the details of the X-H1, I realized that it actually is really a new camera. Personally, I still had to get used to the size of the X-H1. Even without the battery grip the camera is now close to a DSLR. But this is then the only “blemish” in the X-H1 for me. Faster autofocus, more robust camera body, improved weather resistance and the built-in image stabilizer are just as convincing as the larger viewfinder. I will probably also focus more on filming in the future, because the X-H1 is predestined for this. For the moment however I’m still tweaking my X-H1 so that I can get the maximum out of it for my shootings. Let’s see where this relationship will take me, but I definitely have not regretted that I got a Fujifilm X-H1 and look forward of using it more and more.

Til is a freelance photographer and official Fujifilm X-Photographer from Switzerland. He has photographed for over 30 years. Originally, his interest was in sports photography, but in recent years, the focus has shifted to people and music photography.