Fourteen hours, a handful of cheap Korean beers, and two loosely inspired Korean airline meals later, it was midnight and I was landing in Hanoi Vietnam. The journey was taxing, upon landing all I could think about was a warm bowl of phở and a bed. After a short taxi ride from the airport, I dropped my backpack off at a friends house and five minutes later, I’m speeding down the winding Hanoi backstreets on a motorbike dropping my lens caps, trying to shoot photos with one hand and keep up with my guide at the same time.

My name is Jake Plasse. I am from San Diego, California but currently based in Santa Cruz, California. I am an amature travel, documentary and street photographer and I have been photographing since 2015. My Pentax K1000 was the first camera that got me into photography and the Fujifilm X100s was the first digital camera that I ever owned. I have owned 4 Fuji cameras in my short photographic career, the X100s, X100t, X-T1 and the X-Pro2, and I have shot with nothing else since.

Now back to Vietnam, this was the south east asia adventure I was looking for.  After my night ride through Hanoi my guide and I stopped at the Hanoi flower market. It was a buzz with different lights and sounds. Laughter, yelling, the smell of the flowers, the smell of gasoline, all of this foreign stimuli pleasantly invaded my senses. There was an enormous energy, it was like being at a circus, a street photographers playground. After a short walk around the market we stopped at a little food stand for phở and a Saigon beer. Sitting on that little plastic chair was where I got to slow down and observe this place from afar, I was simultaneously immersed in and separated from the chaos.

The next few days I chose to explore Hanoi by myself shooting street photography with my X-Pro2. I didn’t have any plan or itinerary, I like to travel light and without expectation. I simply pick a direction and go; the goal is to get lost. My camera bag contains one extra lens, a lens cloth, and an extra battery and I switch the lenses in my bag depending on what my day looks like. I brought four lenses with me. The XF23mm, XF35mm, Rokinon 10mm and an adapted vintage pentax 50mm lens. I primarily shoot street photography with chrome, I like the desaturated colors and the cinematic look, and I find that it helps me focus more on composition. The weather in Hanoi was usually pretty mild but there were a few days of heavy rain and I was very grateful for the weather sealing of my X-Pro2 and XF23mm! Hanoi, especially the old quarter, was incredibly cramped.

To compensate for lack of distance between my subjects and myself, I would zone focus most of the time and set my shutter to electronic to insure I could get the most candid unintrusive shots, especially when shooting with the Rokinon 10mm. I stopped at bars and coffee shops all day and watched people go by, wondering where they came from and where they were going. I would ask passerbys what their favorite foods were and where I could try them. In Vietnam, I opted for the candid street portrait, shooting low and fast with my 10mm, as opposed to my usual methods. Ordinarily I prefer to approach strangers with no initial intentions of asking them for a photo, I find that a short interaction is enough to determine whether or not a person will be willing to have their picture taken.

I shoot in a variety of different styles, street, landscape, portraiture, but my ultimate goal is to capture a quiet moment. Hanoi was the first place where I wanted to isolate chaos into a single frame. Some of my best photos from Vietnam are smack in the middle of a sea of mopeds, the image of inherent disaster suspended in the cloud of exhaust above them. There was quiet and solitude, despite the visual and literal noise, you just had to take the time to look.

The next stop on my trip was Catba Island, it was an hour long bus ride and a short boat ride away, and because it was the middle of winter, Catba was pretty much deserted. During the summer there are crowds of people who swarm the island’s beaches, its appeal is its close proximity to the famous Ha Long Bay. I loved the break from the crowds here. My first day in Catba I went on a boat tour of the lesser known Lan Ha Bay.

I chose to use the adapted 50mm vintage Pentax film lens, it allowed me to shoot the far off islands and the communities of people living on floating docks and junk boats in the bay. The color of the emerald green water and the teal, red, and yellow of the boats created beautiful compositions. I found that the 50mm was surprisingly sharp for being an adapted lens.

The last leg of my Vietnam adventure was to a rural place called Ninh Binh. It was the place that I envisioned when I thought about Vietnam: tall green mountains, small boats with people rowing down winding rivers, and farmland as far as the eye could see. I stayed in Tam Coc, the home of the famous Mua Caves AKA Five Hundred Steps. At first Five Hundred steps seemed like a piece of cake, but I quickly found that I was wrong. The Five Hundred steps are like a never ending curving ladder. Towards the end I was actually using my hands as well as my legs to get me to the top, and as an aside, I must add that the few cheap local beers I had beforehand didn’t help.

Once I got to the top, the sky opened up and I had the opportunity to see the rivers and valleys of Ninh Binh below. After some quick respite and a “few” more beers, I spent the remainder of the day relaxing with locals and a few aussie tourists. Day quickly turned to night and I was left with the daunting task of finding a home for the next few days. I spent almost an hour riding down muddy roads through farms trying to find my hut in the jungle. It was pitch black and raining and I fell off of my moped into a rice paddy. My X-Pro2 was slung around my back for this fall. I fell directly on top of my camera and panicked as soon as I picked myself up from the muddy ground. My camera was covered in mud but thanks to Fujifilm’s sturdy craftsmanship, my camera was fine, just a little dirty. *Sigh of relief

I never bring my laptop with me when I travel; I find it cumbersome. I prefer to concentrate on shooting rather than post processing. For this trip I used a lightning to SD card reader to transfer the raw files from my camera to my iPhone. I do post in Lightroom and LR mobile and use the cloud to edit across my devices. For consistency purposes I use the classic chrome profile and go from there. I use the tone curves to get a nice contrasted image, then I emphasize the level of blacks to create a faded cinematic look. I also created a preset that uses the split tones to make the shadows appear more blue.

I have been shooting with the X-Pro2 for the past few years and I love the rangefinder body, I also find it’s been a good a conversation starter. The hybrid electronic viewfinder allows me to survey the scene in optical mode and then switch to electronic viewfinder mode to better see what my picture will look like. I use the optical viewfinder quite a bit when I shoot street. The weather sealing is also an added plus that allows me to keep shooting without worry. I am forever grateful for the solid construction of my X-Pro2, it’s taken a few hits on the road, however, it’s been reliably resilient against wear and tear.

Vietnam has something to offer for everyone. It doesn’t matter if you are a street, landscape, architecture, portrait, or fine art photographer, you will find something worth photographing, it is so full of energy. There is still so much I wish I would have done in the three weeks that I spent there. I plan on going back in 2019 and I would like to shoot the Hmong people in northern Vietnam, as well as explore more of southern Vietnam.

I found the Vietnamese people to be very kind and hospitable, the food was delicious, the beer was great, the history is rich, and the country is full of adventure. Go in with an open mind and get lost, you won’t regret it. And as a last little side note and piece of unsolicited advice, rent your own motorbike. They are about as dangerous as people make it sound, but they will enable you and humble you at the same time. They are a THRILL. 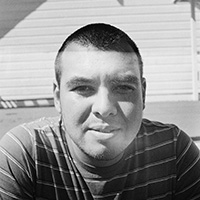 “My name is Jake Plasse. I am from San Diego, California but currently based in Santa Cruz, California. I am an amature travel, documentary and street photographer and I have been photographing since 2015. My Pentax K1000 was the first camera that got me into photography and the Fujifilm X100s was the first digital camera that I ever owned. I have owned 4 Fuji cameras in my short photographic career, the X100s, X100t, X-T1 and the X-Pro2, and I have shot with nothing else since. “

"My name is Jake Plasse. I am from San Diego, California but currently based in Santa Cruz, California. I am an amature travel, documentary and street photographer and I have been photographing since 2015. My Pentax K1000 was the first camera that got me into photography and the Fujifilm X100s was the first digital camera that I ever owned. I have owned 4 Fuji cameras in my short photographic career, the X100s, X100t, X-T1 and the X-Pro2, and I have shot with nothing else since. "

Posted on June 25, 2020June 25, 2020by Stefan Panaitescu
When I switched from Sony to Fuji, I had no idea how much photography would actually grow on me. Of course, I wanted to get better and take nicer shots, but since that first tr…
END_OF_DOCUMENT_TOKEN_TO_BE_REPLACED
Categories INSPIRATION

Posted on June 22, 2020June 22, 2020by Jeremy Roschelle
On March 10, 2020, our San Francisco Bay Area office closed. Suddenly, we were all working from home. On the 13th, I noticed the lovely tulips in the front of my house and took a …
END_OF_DOCUMENT_TOKEN_TO_BE_REPLACED
Categories INSPIRATION

Posted on June 18, 2020June 18, 2020by Marcelo de Coghlan
Photos of motorcycles and their owners are undoubtedly my favourite thing to shoot. Oftentimes, having someone show their essence and their relationship with their vehicle takes t…
END_OF_DOCUMENT_TOKEN_TO_BE_REPLACED
Categories INSPIRATION

Posted on June 15, 2020June 15, 2020by Jonathan White
Me, Myself and IMy first love and introduction to photography started at a young age where my dad used Minolta film cameras for all our holidays where he enjoyed street scenes, es…
END_OF_DOCUMENT_TOKEN_TO_BE_REPLACED