In April 2016, I was a Nikon shooter. I had a Nikon D90 DSLR since 2011 and a D50 before that and for a long time, very happy. Yes, the camera was heavy and so were the lenses but at the time, I didn’t know any different. When I first got the D90, mirrorless cameras were in their infancy and lacked somewhat in image quality and performance. Back then, if you wanted a camera that was more capable than a point and shoot, then most chose a DSLR.

Fast forward to late 2015 and things weren’t going so well. I was in a bit of a photographic rut, feeling uninspired and a bit tired of lugging the long in the tooth D90 around. None of this was helping with my creativity and I was not enjoying my photography very much at all.

I needed a change.

Around the same time, the mirrorless market had been steadily growing. The cameras had come on leaps and bounds. They may not have been quite matching the performance and quality of the top end DSLRs but for the serious photography enthusiast, they were really, rather good.

Feeling frustrated photographically, open to change, I came across Fujifilm and their mirrorless camera line up. I have to admit, I knew almost nothing about Fujifilm cameras as at the time the market was still all about Nikon and Canon DSLRs and Sony Mirrorless but not being one to follow the crowd, the form factor and manual dials of the Fujifilm line-up turned my head and I started to look at these cameras more closely.

After researching the options, weighing up the pros and cons of each model in early 2016 I eventually settled on the X-T10 and XF18-55mm lens. I had heard nothing but good things about this combination and the X-T10 had all of the quality of the flagship XT1 but with only a few functional compromises and a lack of weather resistance, the smaller and lighter option won the day for me and full of excitement and anticipation, off I went to the store to pick up my new camera.

From my very first trip out with the X-T10, everything changed. I loved everything about this camera. It felt great to be able to adjust the shutter speed by twisting a dial or changing the aperture by twisting a mechanical ring on the lens.

With the mechanical knobs and dials, it felt like I was actually making a photo just like they did back in the film days. On top of that, the image quality was great, the camera bag was light and my creative spark was re-ignited!

The photo above was from my very first trip out with the camera along London’s Southbank in March 2016.

For the last 3 years, my enthusiasm to get out and take photos with this camera has not waned one bit. Being incredibly happy with the Fujifilm X system, in 2017 I decided to invest in the extremely capable XT2 which is a fantastic workhorse delivering fantastic pictures in any weather but throughout this entire time, the X-T10 has remained my favourite camera to take photos with. The camera would remain with me as I wandered the streets capturing London’s architecture or armed with a prime lens, out with the family documenting my children as they grow up.

Now fast forward to 2019, the camera has been released for 4 years which is a long time in the fast-moving camera market and the X-T10 was showing its age compared to the newer cameras being released and I knew the time would soon come for me to think about life after the X-T10.

Don’t get me wrong, this camera is as good as the day it was released and a new camera model doesn’t render an older one bad. If money was a limiting factor, I would have no problems continuing to use the X-T10 for the foreseeable future as it still took great images but I was now open to something new.

But what camera could replace the X-T10? I didn’t want to change camera brands as I am heavily invested into Fujifilm and quite happy to remain in the family. The obvious choice was the X-T20 but as soon as I started to be open to investing in a new body, Fujifilm announced the X-T30. After looking at the improvements in image quality, resolution and focus speeds, I made up my mind and it was pre-ordered.

I’ve now had the X-T30 a few weeks and over the moon with my new camera but what about the X-T10? Well, that’s not going anywhere just yet. It’s not worth a great deal to sell and quite frankly I don’t want to part with it anyway. Feeling a tad sentimental about this small camera, I plan on keeping this camera for my daughters to use and with any luck, this camera may ignite a creative spark for a second time!

I had a rummage through my collection to leave you with a selection of photos taken with the X-T10 over the last few years.

So, as the title says, so long X-T10 and thanks for all of the photos. 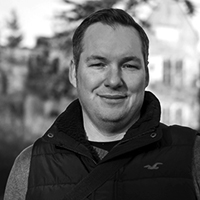 Two-month trip across the Northeastern United States in one minute

Posted on December 27, 2020December 22, 2020by Gal Tzoref
My name is Gal Tzoref. I am twenty-four years old and live in Israel. In the last two months, I toured and took photographs in the northeastern United States, mainly in the states…
END_OF_DOCUMENT_TOKEN_TO_BE_REPLACED
Categories INSPIRATION

Posted on October 21, 2020October 20, 2020by Levingston Lewis
“I’m a Nikon guy,” I thought as I browsed through the list of Fujifilm X-T4s. “However, they do look really cool and geez, look at those video capabilities! Maybe it’s finally tim…
END_OF_DOCUMENT_TOKEN_TO_BE_REPLACED
Categories INSPIRATION

Posted on December 8, 2020December 7, 2020by Ahmet Parlak
First of all, thank you very much for this opportunity! My Name is Ahmet and I’m from Munich, Bavaria in South Germany. Maybe you know the biggest Beerfest in the World called …
END_OF_DOCUMENT_TOKEN_TO_BE_REPLACED
Categories INSPIRATION

Posted on November 19, 2020November 17, 2020by Corrado Fulvi
There are places in the world whose origins are intertwined with stories and legends with a golden thread. Prague, with its smoky atmosphere, the baroque churches that stand sever…
END_OF_DOCUMENT_TOKEN_TO_BE_REPLACED