There was great joy when my switch from full-frame Nikon DSLRs to the Fujifilm X-T2 was complete. Here I was, hauling lighter gear, saving money, and getting equally good images as I was before thanks to an excellent sensor and lens selection.

Then I tried a few long exposures.

Now, I realized going in that nothing would touch Nikon full-frame for clean long exposures and dynamic range. I was quite right, and then some: the long exposure images out of the X-T2 were pocked with hot pixels and an ugly, snowy “speckling” in the shadows of my images.

I questioned everything. I added $4,000 of Nikon full frame gear to my cart on the B&H website, and wondered how I’d pack my free time with weddings and event photography to pay it all off. I developed a homesickness for the brand and camera type I left behind — long exposures, after all, are my bread and butter! 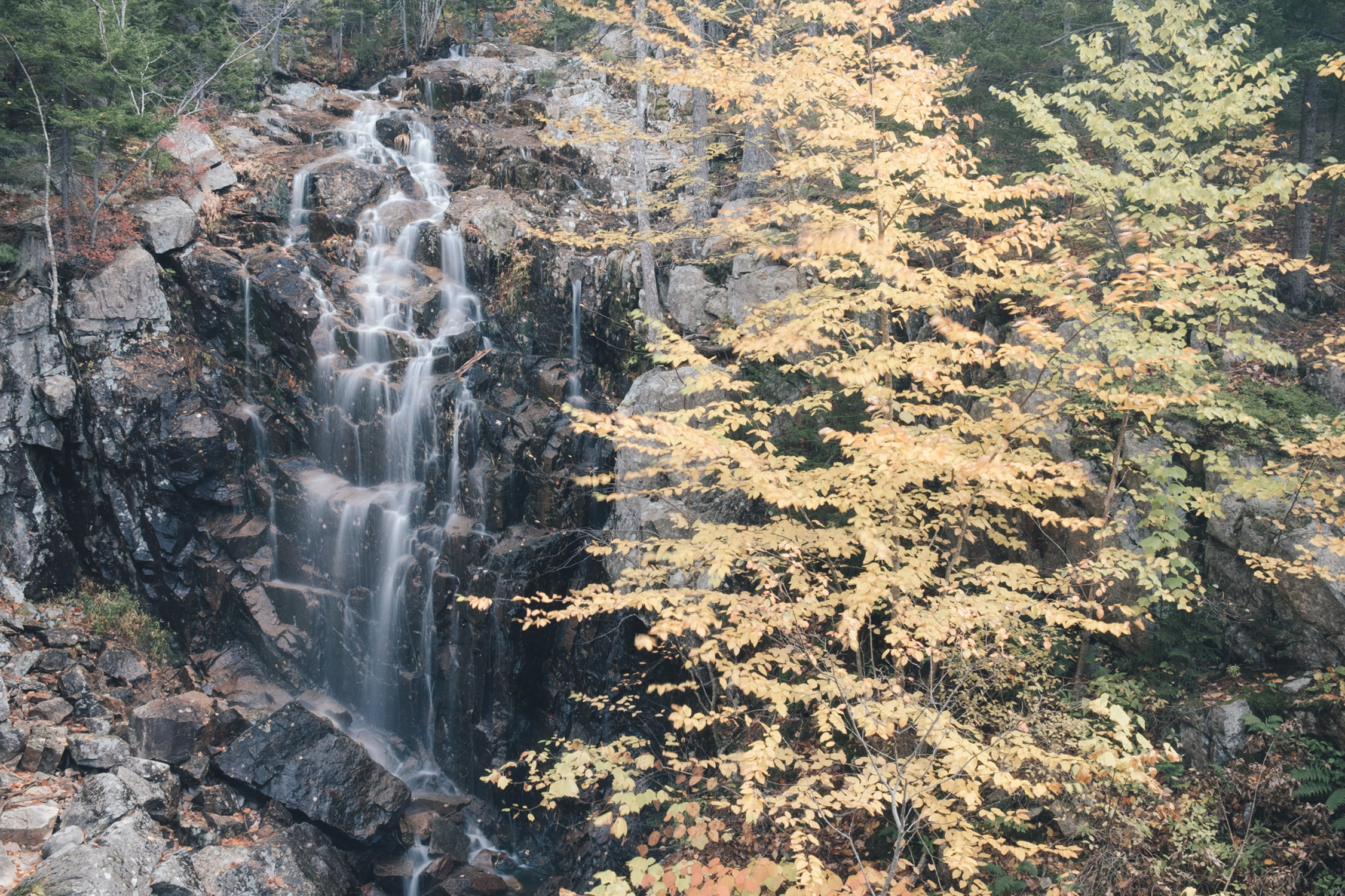 Fujifilm announced the X-T3, and after much back-and-forth, I decided to roll the dice and give them another shot. After all, this is a company that very clearly listens to their users, and I’d seen many reports of similar long exposure issues online. They couldn’t have ignored something like this, surely. Plus, I rented a Nikon D750 and 24-70mm lens, and quickly realized I didn’t miss the bulk and weight a single bit.

So. I ordered the X-T3 and promptly started testing to see if it had the same Achilles heel as the X-T2.

After a month of shooting waterfalls and Acadia National Park, I’m confident in saying that these issues are completely eradicated, and I finally have a Fujifilm camera that I basically love unconditionally and I’ll fight you if you try to take it from me.

As a ton of other reviewers have noted, the controls and interface are all ported over from the X-T2, so I won’t go too in-depth here. Calling it a refined X-T2 is a vast oversimplification, though. It looks and handles in a similar way, but everything is faster and smoother — on the surface, the whole experience is more efficient. I had nothing to complain about with the X-T2’s controls, and I’m glad Fuji didn’t futz with what already works so well. If you’re coming over from another camera brand, or have the older X-T1, rent one of these to ensure you like it.

The landscape images are what separate this from the X-T2. Simply, they’re spectacular. The X-T2’s were already great, but in the context of  landscape and long exposure photography, the improvements via the new sensor are immense. Images can be pushed by 2-3 stops comfortably, and up to 4 stops with a little contrast and noise adjustment. Perhaps most importantly, hot pixels and snowy shadows are gone. I’ve come across a single hot pixel in my entire time of testing this camera, which included several 2 and 4 minute exposures with noise reduction disabled.

I don’t get involved in researching color science and DxO scores, because I have a desire to make images, not stare at all the math about my new camera and how its math isn’t as good as the math from that other camera. When paired with a good lens, the RAW files out of the camera are crazy flexible. The JPEGs look beautiful, as well — several times now, I’ve gone with the JPEG over the RAW and saved a ton of workflow time.

When pushed to higher ISOs, however, there’s a tad more noise. That said, there’s more detail within the noise than there was with the X-T2. As one popular YouTuber says, “you can dial out noise, but you can’t dial in detail”. So, yes, there’s a little more noise, but it’s got more information, so I don’t worry about it.

The bottom line here? I’m thrilled. It’s a crop sensor, and a vain part of me still wants a full-frame camera because that’s just what you buy. Rationally, however, the Fujifilm X-T3 punches well above its weight. I wouldn’t ever sweat using it in a professional environment; in fact, I’ve done so a couple of times and I will in the near future. It even does a great job when things get faster: the 9fps frame buffer is a dream for motorsport photography. This camera does everything I need it to do, and I haven’t even begun filmmaking in 4K yet. It’ll be ready for me when I do.

If you’re in a similar predicament to what I was in, allow me to act as the soothing cup of chamomile tea (or whiskey, whatever calms your tempestuous head). The X-T3 will not let you down, period.

“Hi! I’m Tim. I write, photograph, and film stuff.
Before I could grow a beard, drive a car, or attend first grade, I’d annoy my parents until they wrote down whatever story I was telling. I eventually got a knack for that typing thing, a skill which I use to this very day. The ramblings make a hair’s width more sense than they used to.
Later, I found the magic of documenting everything around me with cameras, be they of the photographic or video persuasion. Thankfully, they can do both these days.”