When you think of heading out to make some street photography, classic street lenses like 18mm, 23mm, or 35mm most probably come to mind. However, these are far from “required” and you can make street photography with any lens you choose. In this case, I went for a 9mm!

It had been a while since I’d broken out the 9mm f/2.8 Zero-D from Laowa. It’s a great little lens, but I haven’t had anything on my plate that would really suit the way it renders. I did have an itch to use it, however. So, with post-typhoon clouds and clear air here in Seoul, I hit the streets to see what I would come back with.

The only place in Seoul we can truly get a sense of the sky is down on the Han River, so I began my walk down there. Initially, I planned to make a few images of the clouds and bridges to get me warmed up. On my way down to the riverside, I stopped at the steps to make an image of the way down.

This reminds me of why I love wide-angle lenses so much. Perspective distortion is so much fun to play with! With the Laowa 9mm, you get all the joy of perspective distortion with almost no barrel distortion at all. This means that straight lines stay straight, but you’re able to exploit keystoning and exaggerate size like I have here.

Next, it was a quick hop down to the riverside to get a true sense of how large the sky feels when the clouds are high and pollution doesn’t mar your vision. The 50 and 60 story buildings of the Yeouido skyline look tiny when photographed with a lens this wide. Just like any wide angle, the Laowa is going to render far away objects much smaller than they are.

I had to stop down to f/11 for this frame, however. The Laowa has some significant vignetting as the trade-off for its miniscule size. I didn’t want that vignette present in this frame. The aperture ring is a physical dial, just like the Fujifilm lenses. However, it turns the opposite way to Fujifilm lenses and the aperture isn’t electronically controlled. This means you may need to open up the aperture in order to focus and compose in dim light.

I’d made a couple of image of the city now and I was happy with them. But, of course, as a people photographer, I was well-and-truly bored by this stage and went on the hunt for someone to photograph.

Fishing on the Han River is a common activity for the older generation and I decided to approach this man after spotting him from a distance. I started with a few wide frames to get him used to my presence but when he caught a fish, I approached and asked if it was okay to photograph him. He was fine with it and after trying to please me with a few poses, he simply got back to work and I was able to create candid frames of him again.

I made around twenty different images before I got something I felt represented the feeling of being in this place and also made use of the Laowa lens. By getting close to him, I was able to exaggerate his size, place the city within his fishing rods, and keep a good amount of sky in the frame to give the feeling of space.

Focusing on a moving subject like this fisherman is a breeze with the Laowa. Being such a wide-angle lens, the inherent depth of field gives you a lot of leeway. The metal focus ring is much stiffer than Fujifilm’s lens offerings, which is great because it doesn’t get knocked out of focus easily. When you do need to get focus spot on, I have found that focus peaking works well when the aperture is wide open.

Seoul is a densely packed city and I wanted to get into some of the tight streets and make use of the 9mm lens some more. Getting in close to your subjects is really challenging here as most people are not comfortable being photographed. It was great practice and my cheek muscles were aching from all the smiles by the end of this session.

Not only do you need to get close with this lens but the extreme angle of view means that you have to be very careful with your composition. It it easy for things to sneak into the edges of your frame without you noticing. The slightest changes in composition add and remove large portions of your composition.

Being mere centimetres from this speeding child was a quick reminder that you really need to have your peripheral vision working when using a lens this wide. It’s also a great time to use the tilt screen on the X-H1 as I am able to keep looking at the world around me while I shoot to make sure I’m not blocking people or in danger of being hit by something else.

All in all, I had a great day working with the Laowa 9mm for some unconventional street photography. It performed well and much like Fujifilm’s offerings, it got out of the way and allowed me to focus on my photography and expressing the world around me.

If you’re interested in picking up this lens, please do so here (https://www.venuslens.net/product/9mm/ref/185/). 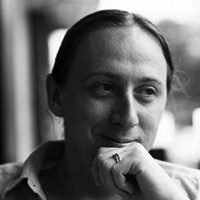 “I’m an Aussie photographer based out of Seoul, South Korea. Here I focus primarily on family photography with some corporate events and couple sessions filling in the remainder of my professional work. My personal work focuses on tribal facial tattoos, travel photography, and documenting the changing face of my adopted home, Seoul.”

"I’m an Aussie photographer based out of Seoul, South Korea. Here I focus primarily on family photography with some corporate events and couple sessions filling in the remainder of my professional work. My personal work focuses on tribal facial tattoos, travel photography, and documenting the changing face of my adopted home, Seoul."

Posted on October 23, 2019by fujixpassion
It is here! 3 years after, the long-awaited replacement of the X-Pro2 was finally announced by Fuji. Regarding the specs, as you already know, it's pretty much the same as the X…
END_OF_DOCUMENT_TOKEN_TO_BE_REPLACED
Categories GEAR

Posted on October 21, 2019October 21, 2019by Matthew Storer
Best Travel Photography Backpack in 2019 The search is finally over for the best travel photography backpack, introducing my review of the Ultimate Atlas Athlete Backpack! Afte…
END_OF_DOCUMENT_TOKEN_TO_BE_REPLACED
Categories GEAR

Posted on August 20, 2019August 20, 2019by Nikos Kouklakis
My name is Nikos Kouklakis, I am from Chania - Crete, Greece, and I am an architectural Student in Vienna. For the Last two years I’ve changed my equipment from Nikon to Fujifilm. …
END_OF_DOCUMENT_TOKEN_TO_BE_REPLACED
Categories GEAR

Posted on August 13, 2019August 13, 2019by John Hughes
I’ve been using the same camera bag for nearly seven years, the Hadley Small from Billingham this bag is perfect for street photography and it fits everything I need for a day on t…
END_OF_DOCUMENT_TOKEN_TO_BE_REPLACED