I was born and raised on the Southside of Chicago. In 2009 I enlisted in the U.S. Air Force and was stationed in Okinawa. In 2016 I moved to England and returned to Okinawa again in 2019. I was introduced into photography 10 years ago by a group of service members. I enjoyed it so much wanted to pursue it professionally. I did not have a favorite genre at the time, however, I would practice shooting HDR landscapes, and pictures of my friends every day.

Currently, I am only shooting street photography using both film and digital cameras. I shoot 35mm, 120mm film, APS-C, and digital medium format. I enjoy searching for certain moments to share with the world. Being in the military has benefited me, by allowing me to travel and capture those moments.

My first Fujifilm camera was the X-A2. At the time I owned a Canon 5D Mk2 and MK3 and a few L series lenses. When I travel for work I always bring a camera. Because the Canon’s were heavier, I wanted a small, light, “travel” camera that had amazing image quality. I did some research and decided to try Fujifilm. When I tested the X-A2 I was more than pleased with the results.

Fuji’s colors, JPEGS, RAW files, image quality, most importantly the size and weight were exactly what I wanted. My only complaint was, it did not have a viewfinder. I do not like using LCD screen to shoot, but I loved the camera and photos so much that I went and bought an X-T10 (the X-T1 was sold out) for the viewfinder. Since then I have owned almost every X-T and X-Pro series camera released, except the X-Pro1, and X-T30.

I was a little unmotivated with photography, but learning street photography inspired me to shoot more. I learned new shooting techniques and to be patient. I do not need to rush a shot (many exceptions to that rule) or take photos just to fill my SD card. I take my time reading the scene and see things from different perspectives. To me, street photography is about how I see the world in front of me. The beauty is that each moment will never happen again.

I am not an X-Photographer, or endorsed by Fuji, however, I exclusively use Fujifilm digital cameras for my street photography. I have tried using a Sony A7RII and Canon 5D2/5D3. Both cameras are good for certain subjects, however, I just could not adapt to using them. The issue with Canon was the size, weight, and no EVF. For Sony, it was with the autofocusing.

The lenses would continuously hunt and eventually lock well after the scene was lost (disclaimer I do not own any native Sony lenses so it may be the cause). Also on multiple occasions, the shutter on the Sony would not fire at all. This does not happen when I use Fuji, proving to be the better camera to fit my shooting style.

When the GFX50R was released I was curious how well it would perform street, and how much better a medium format sensor was. My first impression was, “It is one of the most amazing cameras ever created”. The images this camera produces are breathtaking. It captures EVERY detail perfectly.

The size of the camera is not much different from a full-frame DSLR, but feels lighter, even with a lens attached. The autofocus was tricky at first, and there is a short shutter lag. Other than that I had no issues using it in the street, and once I learned how it worked it became easy to use. 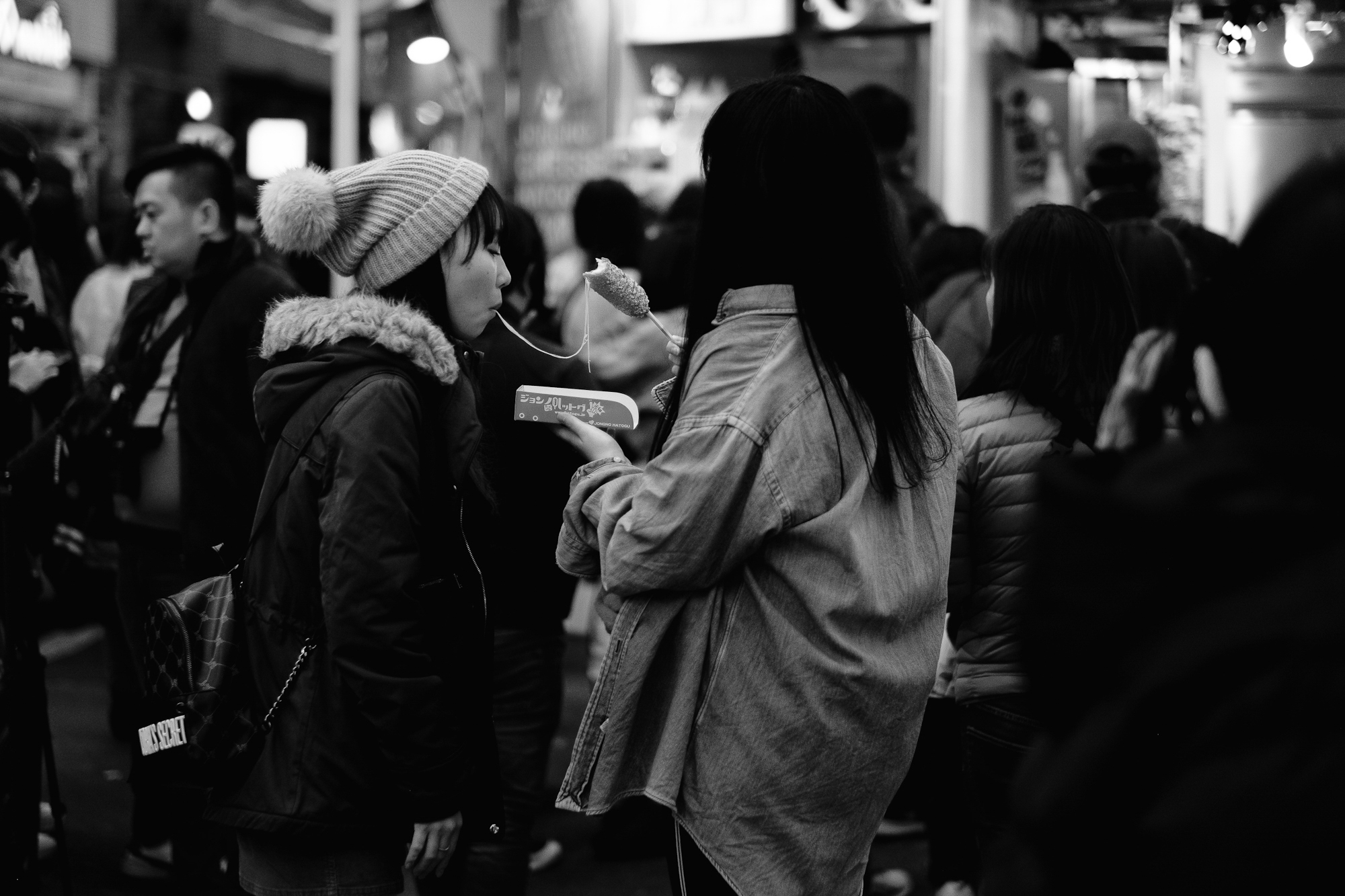 I waited an entire year for the announcement of the X-Pro3, so I bought mine on the release date. I had the X-T3 so I knew the X-Pro3 would be just as good. After using it for a month or so I feel it is Fuji’s best X series camera. The updated viewfinder, X-Trans sensor, and processor make shooting quick and seamless. The autofocus feels faster, more responsive, and more accurate. Especially when shooting with the 56mm f/1.2.

It focuses instantly without any lag or hunting. The titanium body is noticeably lighter, and when paired with a compact prime lens it weighs next to nothing. The body is still compact and hardly noticeable when shooting. I love that the LCD screen is now hidden as I mentioned before I don’t like using it. I think it was perfect to restrict chimping and have photographers focus on photography. The new film simulation Classic Negative is gorgeous.

I rarely shoot in color and when I would, I always used classic chrome, but classic negative has become my go-to color profile. In Comparison to the GFX50R, the obvious is body size, weight, autofocus speed, and sensor size. FujiFilm’s image quality is great no matter which camera I choose. It comes down to the larger sensor size and slower AF vs. Smaller sensor size and faster AF.

In 2017 I started collecting analog cameras. When I began using film I would shoot very controlled subjects, because the cost of film, and having it developed was expensive. The transition from digital to film was beneficial because I wasted less film knowing how and what I want to shoot. For a short period, I only shot on film so I could perfect that skill. I wanted to be good at shooting both digital and film cameras.

I also knew I would have to develop and scan the film myself. I learned how with the help of YouTube, and now I develop both black and white, and color negatives. The more I shot with film the more I liked it. I prefer the look of the film and feel of a film camera over digital. While most people will fall for the trending hype of film photography, buy a Leica, shoot a few rolls, and then quit because of the cost. I know I will continue using it. The love mystery of the photo. It is thrilling not to know what is on the film until it’s developed.

The look and feel of film is something we will not get from a modern digital camera and is probably a matter of time until camera companies start releasing film cameras again. I wrote an Instagram story a few months ago… “People will spend thousands of dollars on digital cameras, just to process the images to look like film.” Some people may agree with me others will disagree.

Since shooting street photography I developed a connection with rangefinder cameras. I purchased a Leica M3, M6 TTL, Minilux Zoom, Contax G1, G2, Ricoh GR1V, and Fujifilm 645 medium format. My favorite’s are the M3 and M6. Not because they’re “Leica”, but because they are excellently built. They are so simple to use and shoot so smooth. Besides the FujiFilm 645, the others are more electronic and feel like I am shooting a digital camera on film.

I have a very simple shooting style. When I use a digital camera, I always shoot manual, RAW + Jpeg, and always use Acros film simulation. When I shoot film I mainly use B&W, but will occasionally use color. My favorite film stock for black and white is Fujifilm Acros I & II, and color stock is either Kodak Portra 400 or FujiFilm Pro 400H.

When I go out for a shoot I take 1 camera either film or digital not both, 1 lens, extra batteries, or plenty of film. When I post-processing I use SilverFast to scan my film, and Adobe Lightroom to process. I always try to re-create my photos as to how I saw it using only the lighting sliders, tone curve. and sharpening. I DO NOT use presets, filters, or alter (in Photoshop) any of my street photos. 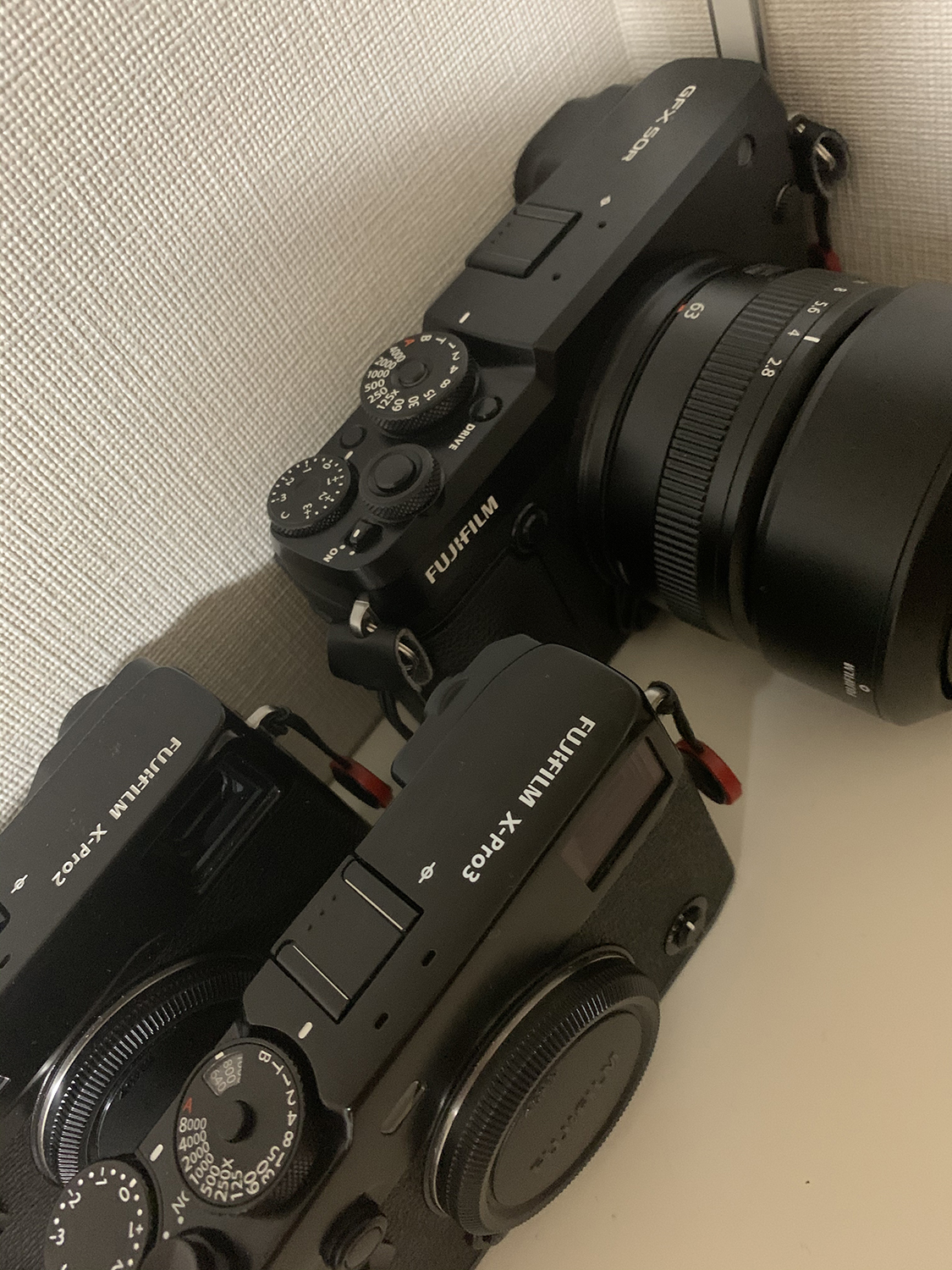 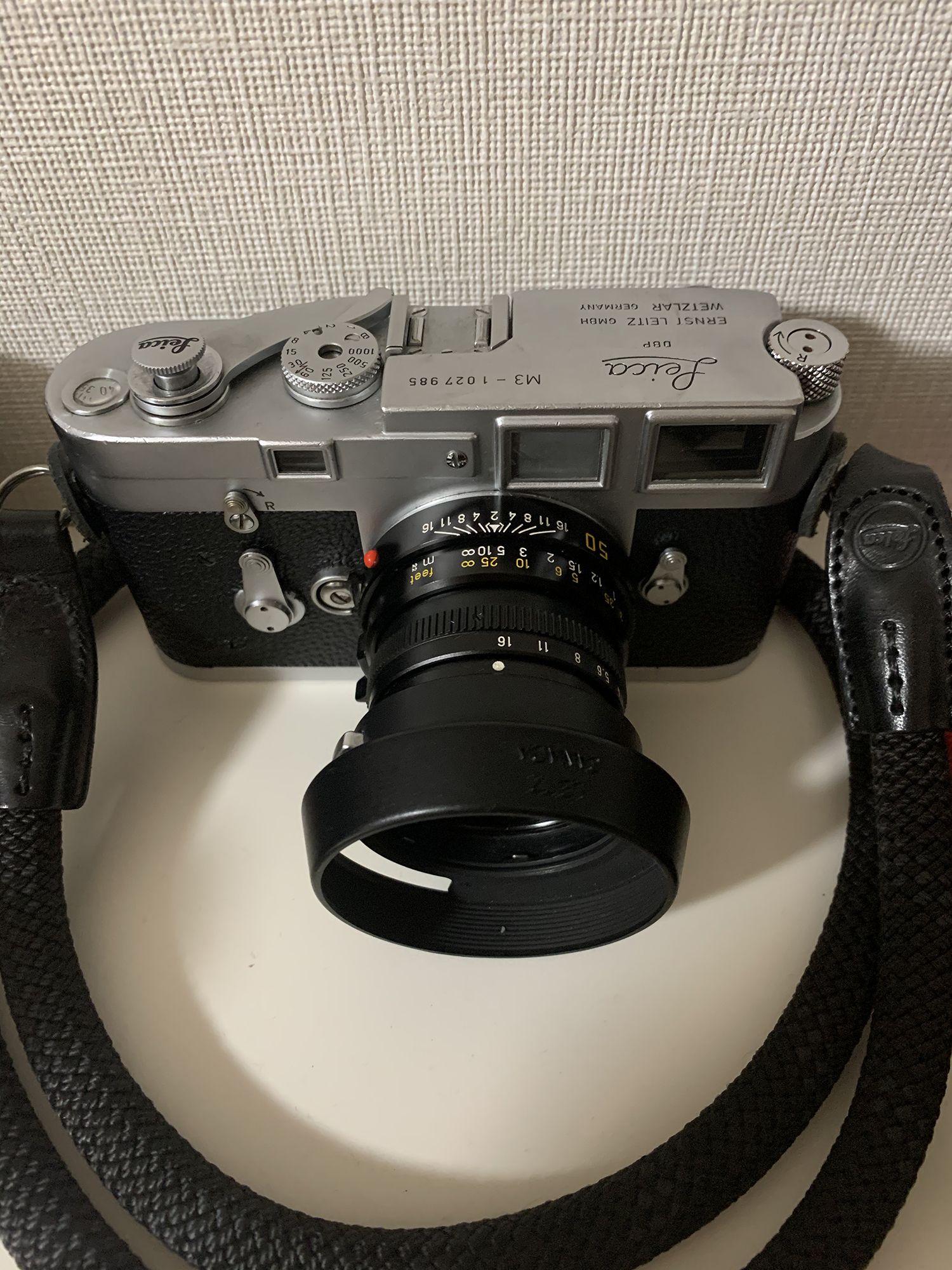 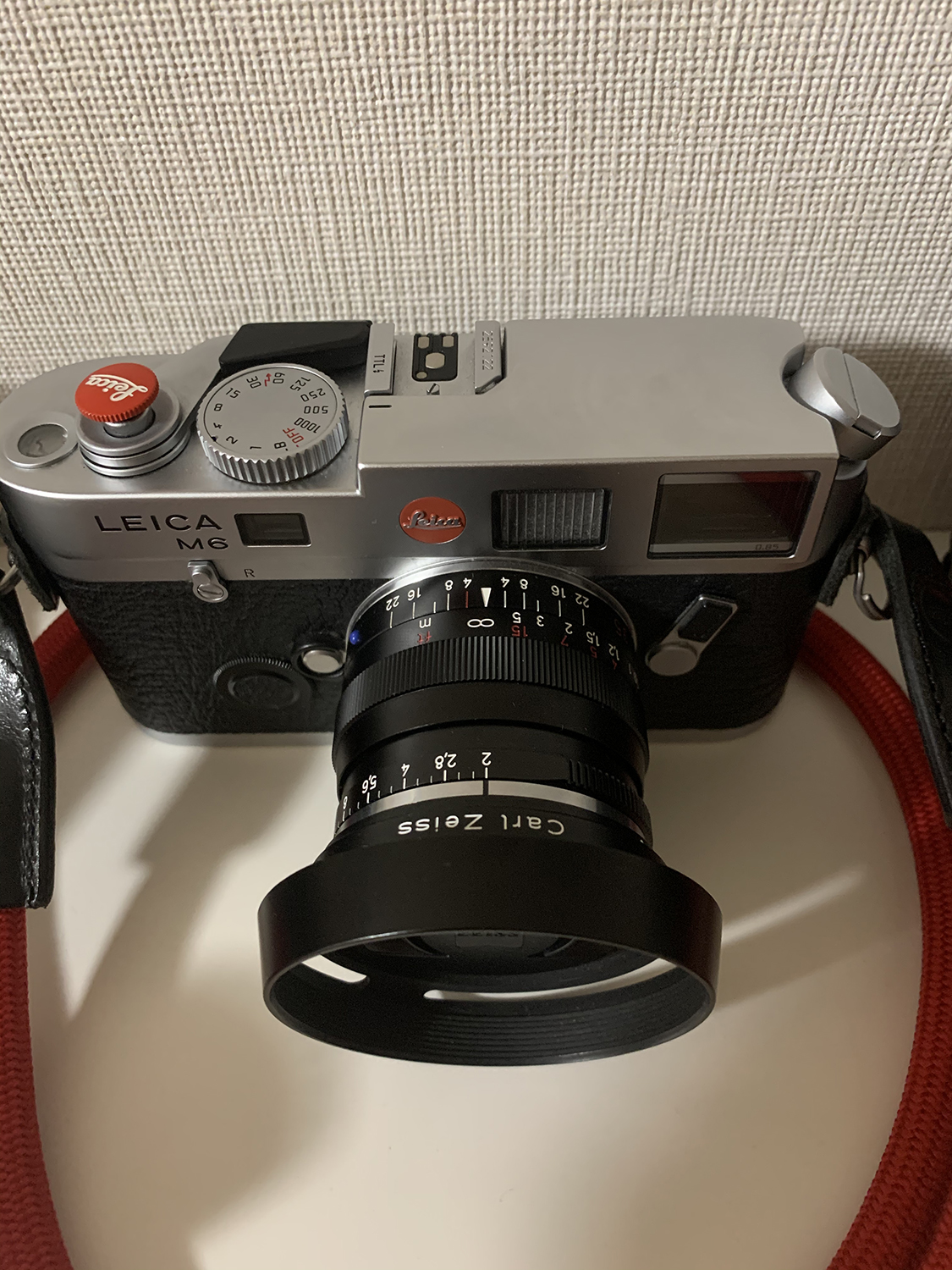 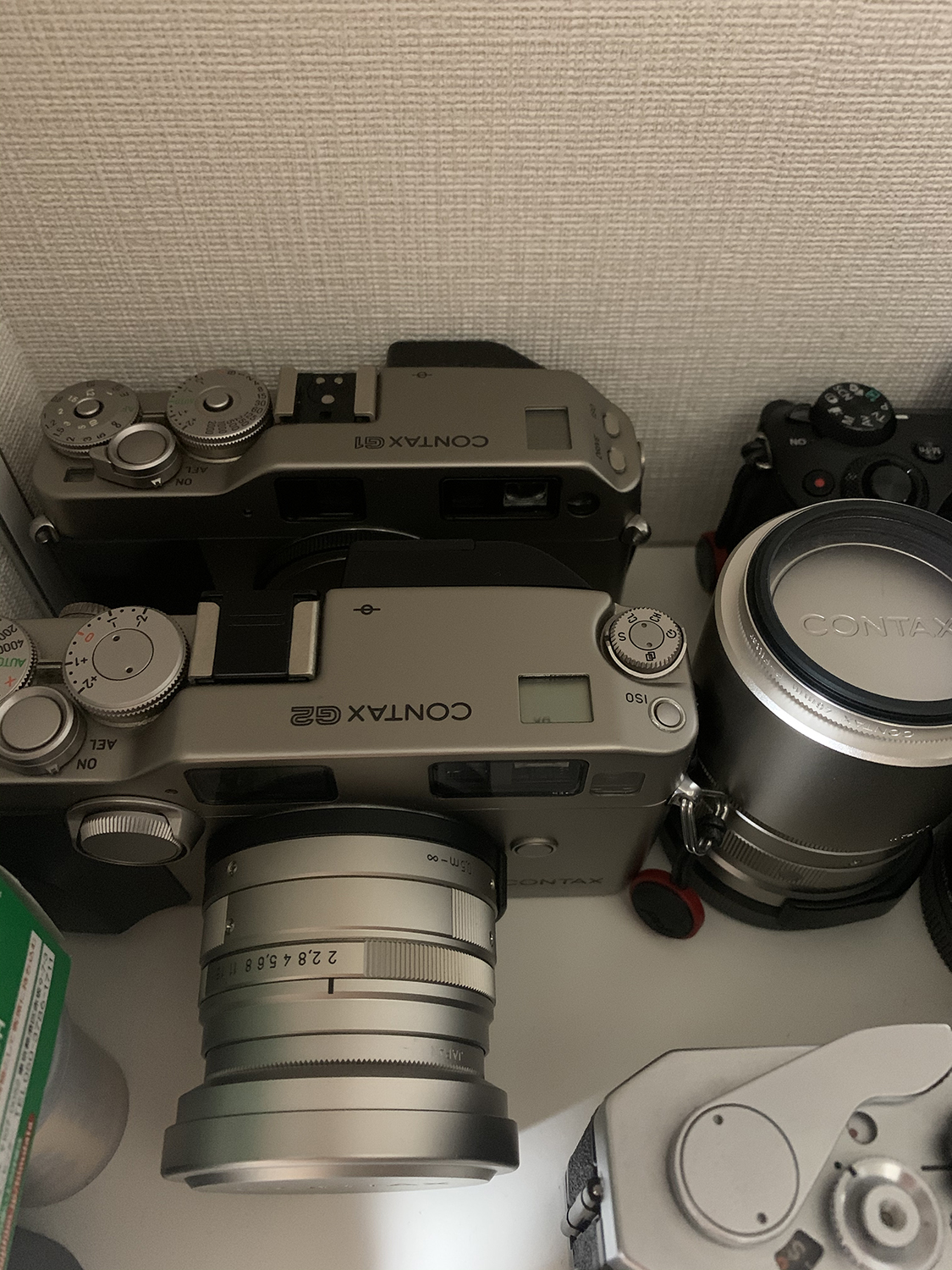 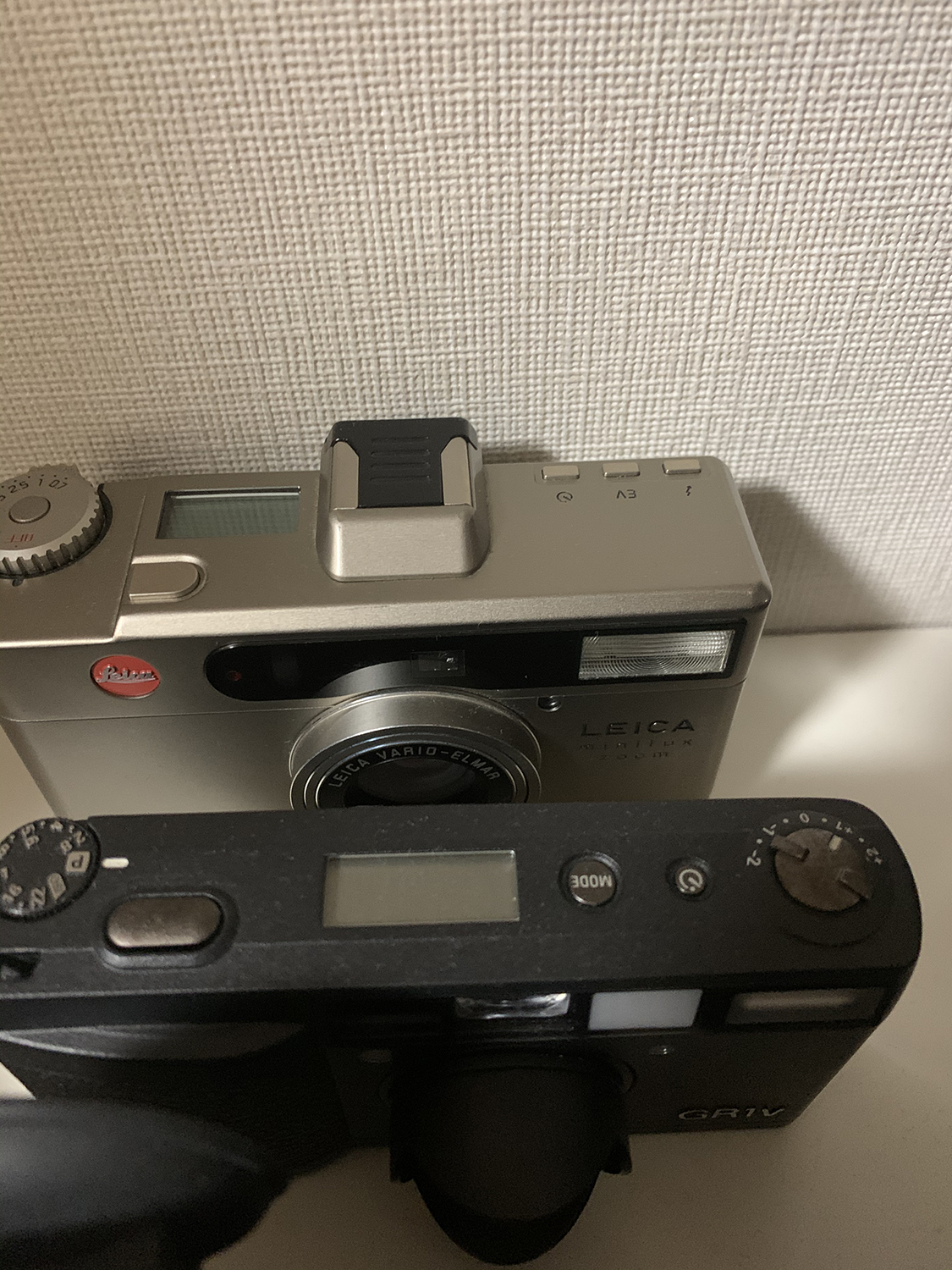 “I was born and raised in Pilsen on the South Side of Chicago. I have had an artistic background since a young age, drawing and painting in different mediums. I have a college degree in graphic design and later studied photography at The New York Institute of Photography. I have been a photographer for 10 years shooting landscapes, portraits, and finally settled into street photography. I shoot both digital and film, and develop, and scan myself. I have shot with all major camera brands but converted to Fujifilm in 2016.”