Chhath Parv – A Ritual for Prosperity and Good Health

Of the numerous rituals practised in India, the Chhath Puja happens to be the most unique. It is perhaps the only Hindu ritual where no Idol is worshipped. Rather prayers are offered to the Sun God and his wives Usha and Sandhya to offer gratitude for bestowing the goodness of mother nature among the devotees. Chhath derives its name from Nepali, Maithili and Bhojpuri which means six as it is celebrated on the sixth day of the Kartick month which is in October/November.

The ritual is observed mostly by the eastern states of Bihar and Jharkhand and their inhabitants who might have migrated to the other states for work. The event commences every year, 4 days post Dipawali and continues over a period of the next 4 days. Although it is not gender-specific, mostly women of the household undergo the rigorous ritual process which includes fasting, standing in waist-deep water for long hours and praying for the health and prosperity of their offspring’s by offering arghya to the Sun God. 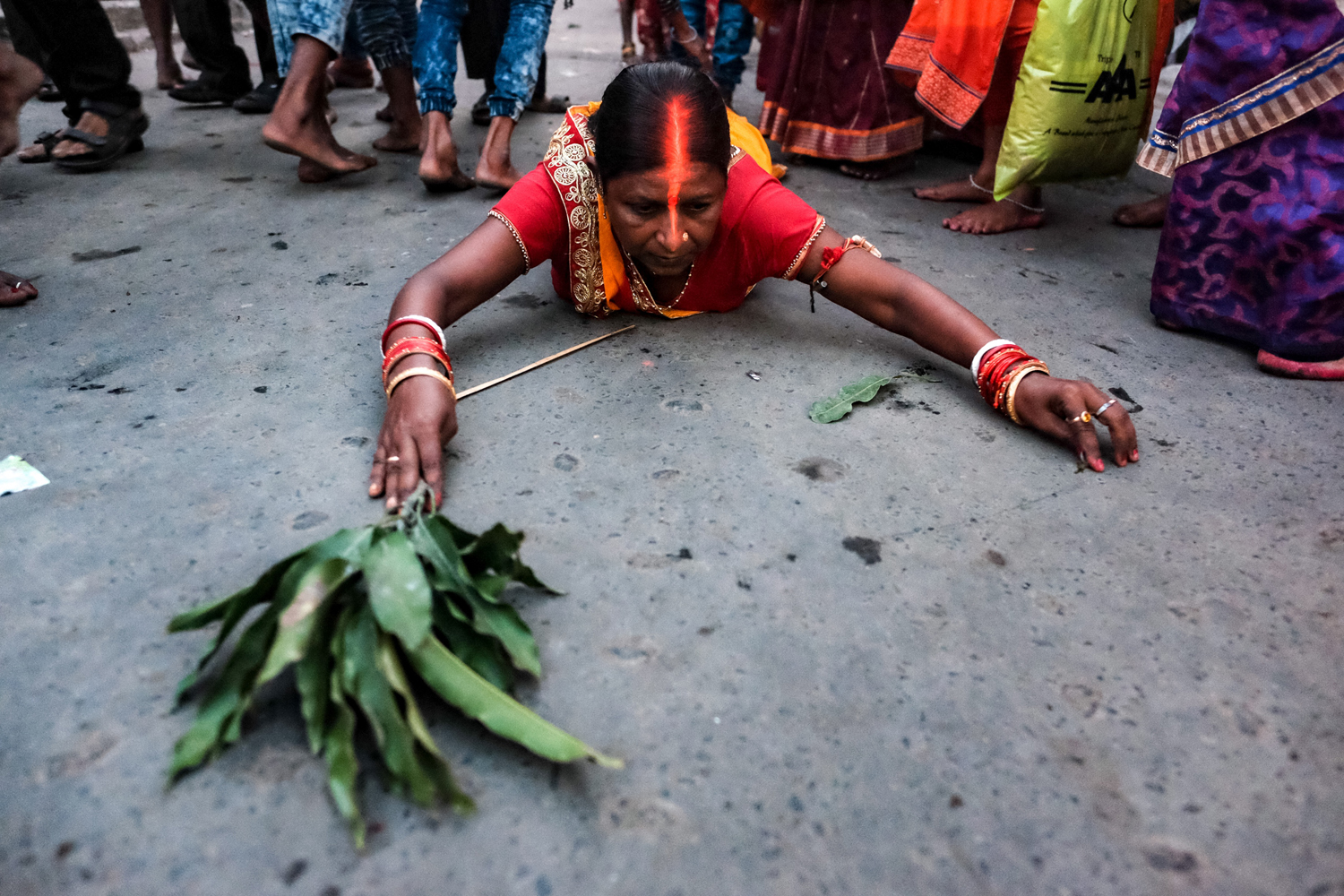 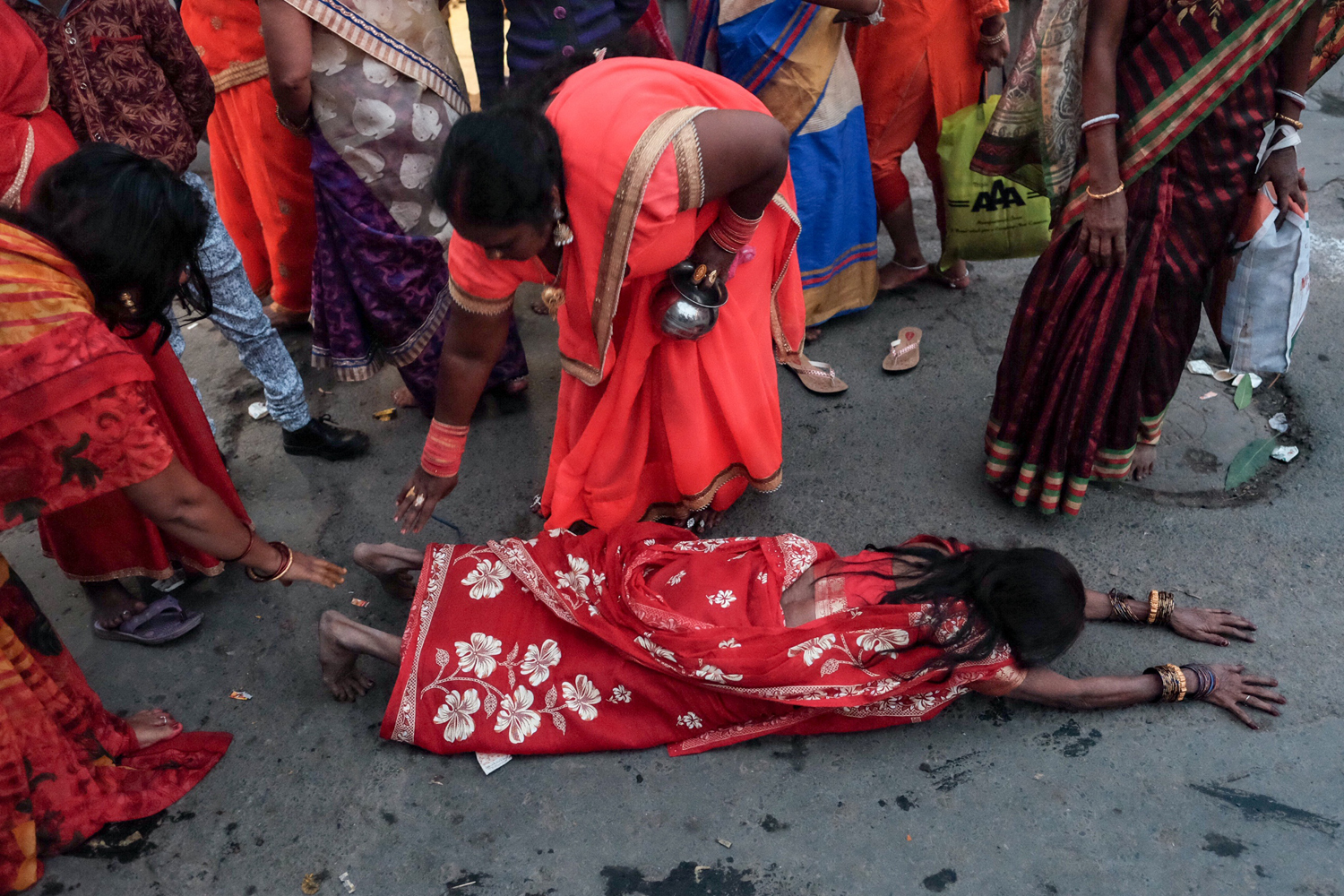 The first day of Chhath requires the devotees to take a holy dip in the river Ganges or a pond and have rice and lentils with pumpkin cooked in pure ghee. Consumption of Salt, onions and garlic is strictly prohibited. The women folks who are also called ‘Parvaitins’ need to be on a fast thereafter which does not permit them to eat or drink for the next 36 hours. 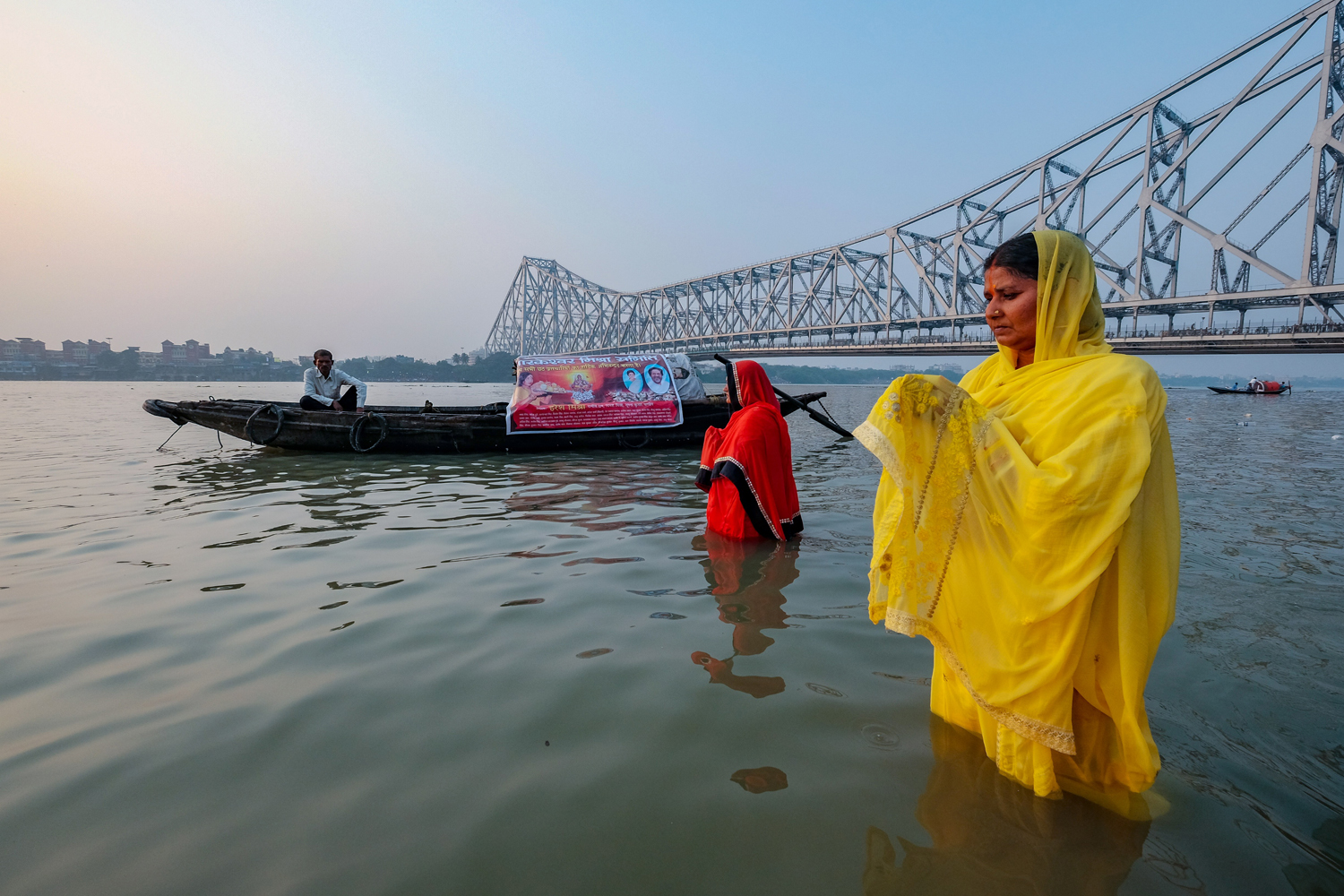 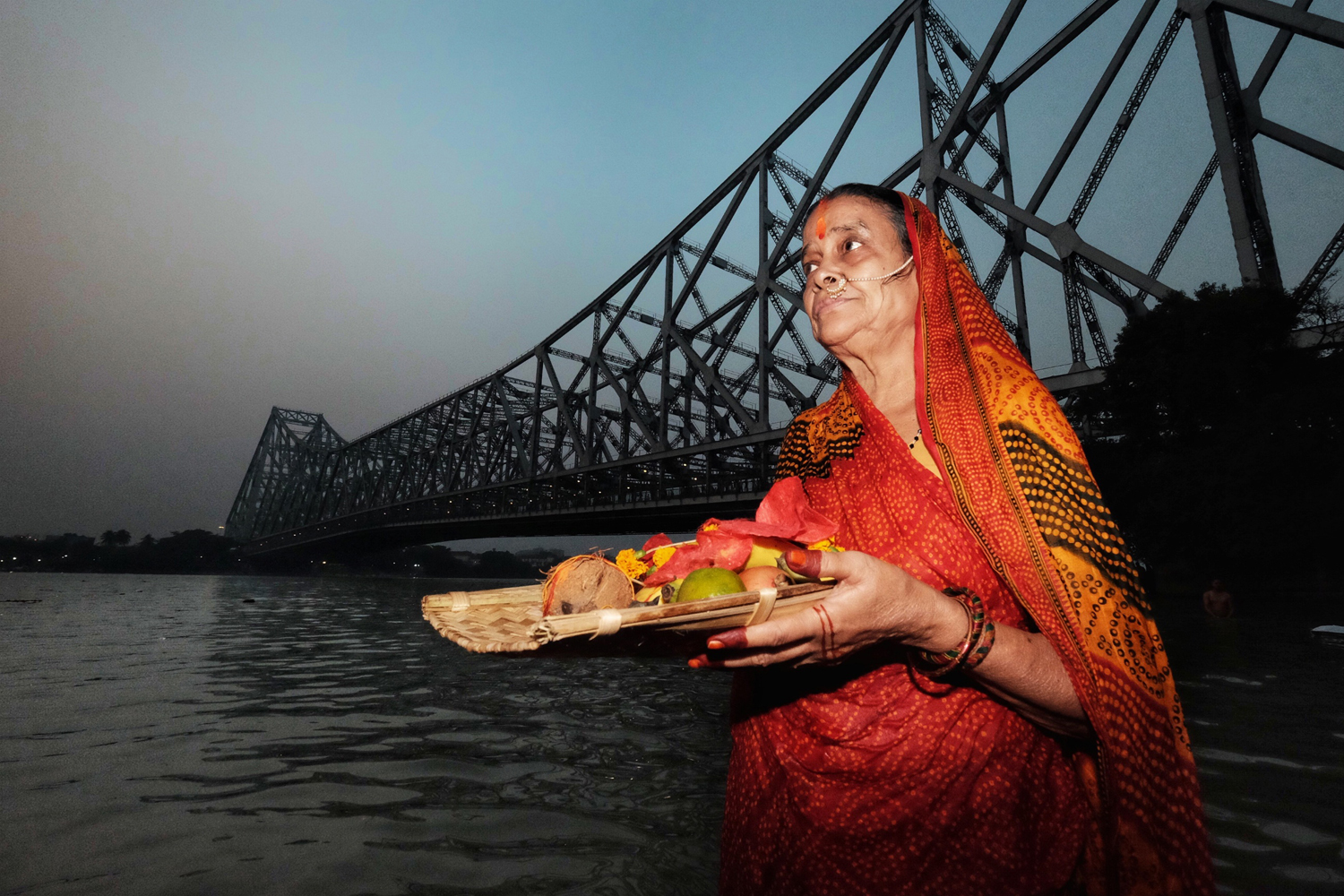 The second day is called Kharna where kheer (a sweet dish prepared with rice and milk) is consumed by members of the household after sunset. The third day of the ritual is deemed most important. The women devotees walk up to the banks of the river and offer arghya or prayers to the setting Sun. The offering consists of fruits, milk and sweets placed on a bamboo winnow. 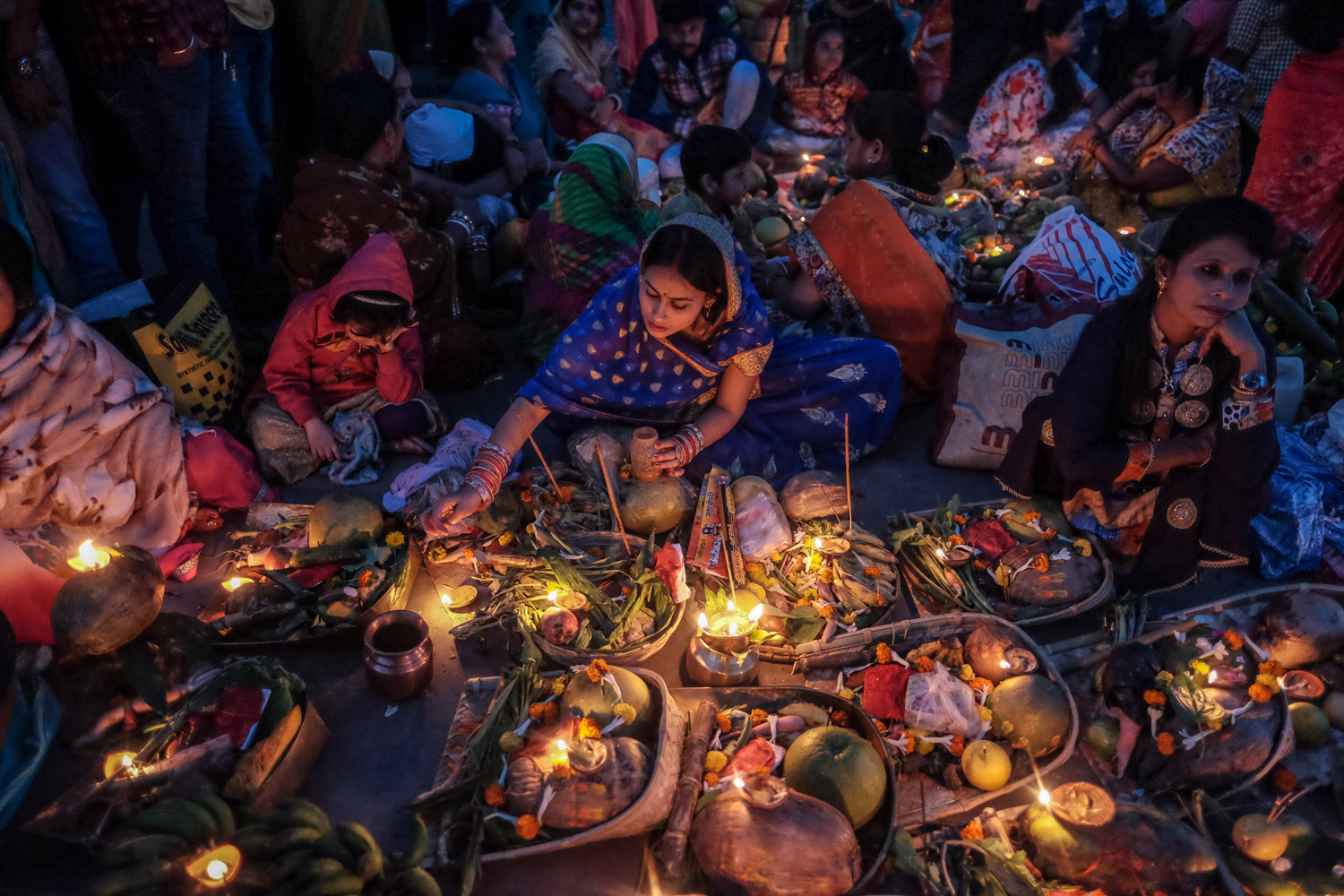 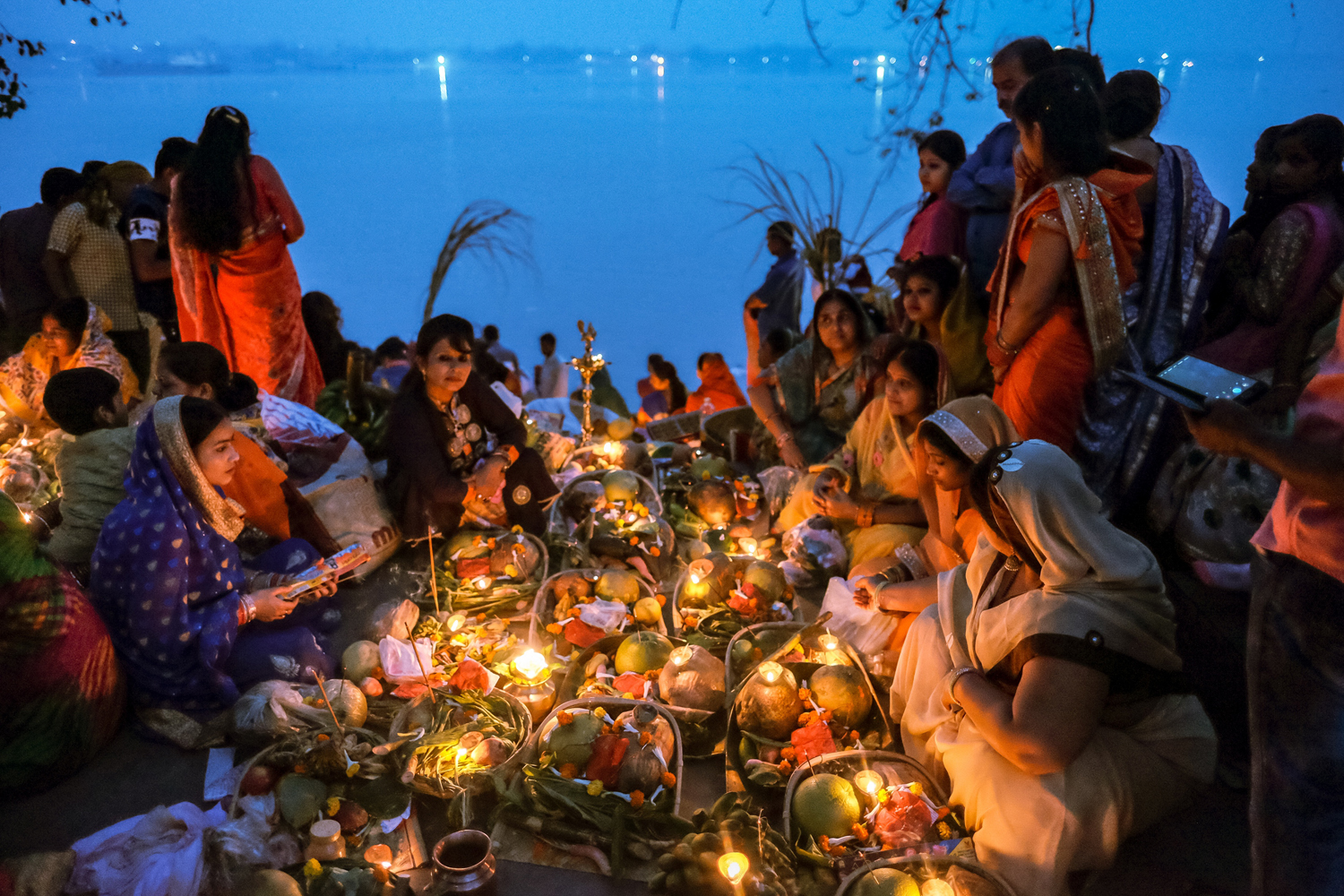 Many of them put up near the river banks for the night only to repeat the process the next morning before sunrise. This marks the end of the 4-day long ritual and they finally break their fasting.

This article was originally published in the #30 edition of the Fuji X Passion magazine – December 2018. 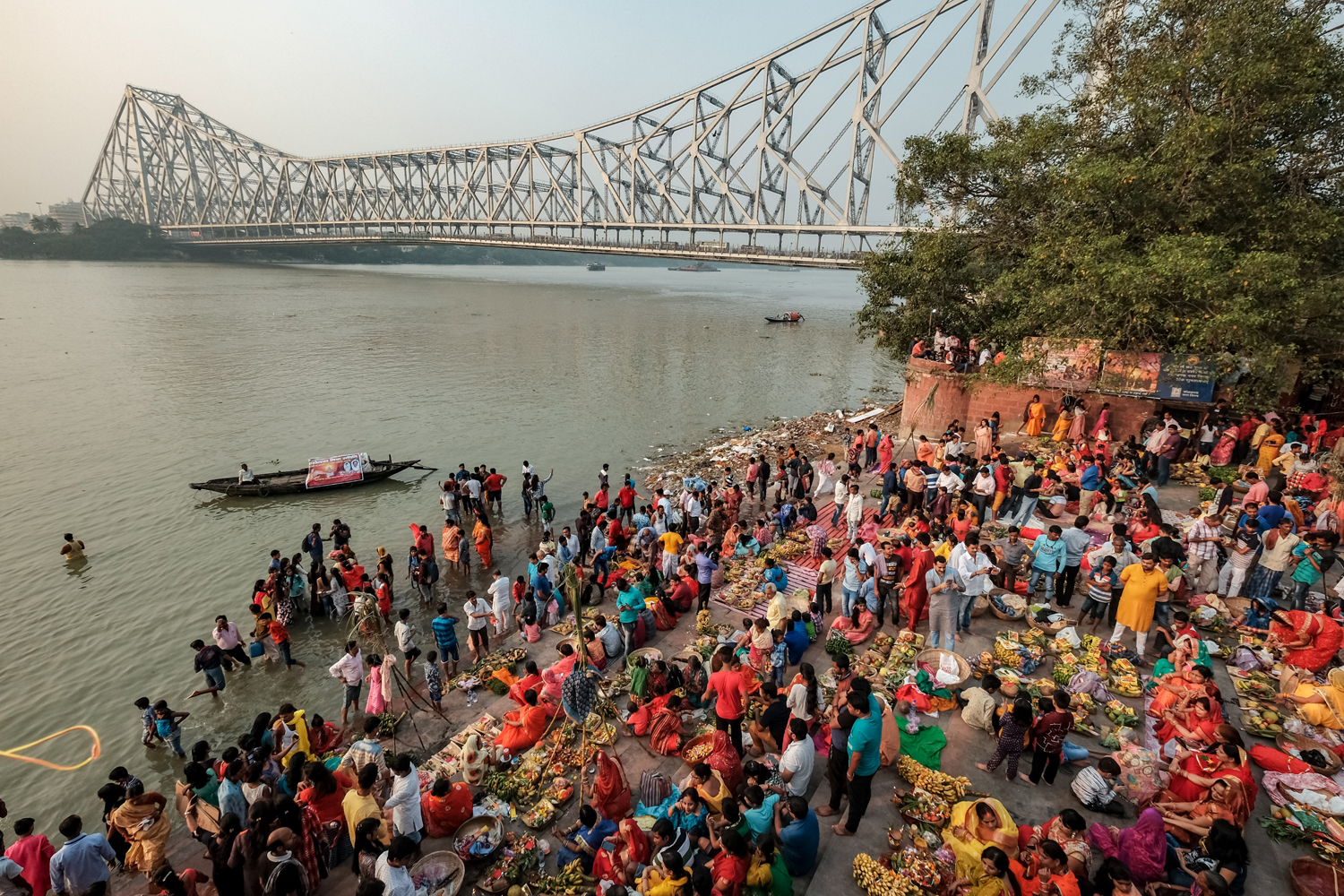 “Greetings readers! I am Ritesh Ghosh and I describe myself as a visual storyteller. Simply put, I am a photographer who loves telling stories through his images. My journey as an artist began unknowingly many years ago when I owned a point-and-shoot camera, which I carried with me during family trips. I loved clicking family moments unaware of the vast areas of photography which were out there waiting to be explored. After completing my MBA and working for seven years with a private bank in India, I switched my job and had to leave India for an international assignment. My point-and-shoot also eventually got upgraded to the Fujifilm X100S. Currently, I am a full-time photographer, having quit my corporate career in pursuit of my passion. I own two camera bodies, the X-T1 and X-T3, with a set of six Fujinon lenses. Street is where my heart is while I also love documenting festivals while travelling in India and abroad. I believe that my journey in the second innings of life has just begun and I have a long way to go in the hope of discovering the photographer within me. “

fujifanritz.wordpress.com/
I’ve Got The Blues (COVID-19 Style) Premium/ If you could only choose one focal length to use for the rest of your life, what would it be?