Asbury Park, New Jersey, or the historic “City by the Sea”, is a crowded sea shore town with a bustling, picturesque boardwalk. Springsteen seems to like it quite a bit. In the heat of the summer, Ocean Ave, (pictured) is packed full of cars and pedestrians alike. Parking both day and night is extremely scarce.

The smell of sausage pepper and onions is strong. Live music at the world-famous Stone Pony echoes from the shoreline to the railroad tracks. From Memorial Day to Labor Day, both the beach, and the nightlife, keep this city from ever being vacant, but not this year.

On July 27th 2020, what should have been an absolutely jam packed Jersey Shore beach day, simply wasn’t. As the sun went down during a hot and hazy afternoon, a storm began moving northeast from the neighboring Philadelphia area. I knew I’d have to take advantage of the unusual emptiness.

I took a quick look at my radar app, grabbed my gear, and drove in the direction the storm was headed. I had a couple of ideas that night; initially, I planned on retaking a shot in Long branch, just north of Asbury Park, but mother nature is unpredictable, and lightning struck first. I had to move fast.

I made my way towards the coast to get a wide field of view. I was unsure what direction to head in from there, but I found my opportunity. I was one of only two or three cars parked on Ocean Ave that night, a road ordinarily never ending with vehicles.

For anyone not familiar with the east coast, tourist trap, beach communities, you typically can’t stand in the middle of the main street and set up a tripod without someone who sounds exactly like Joe Pesci screaming obscene profanities at you immediately. As the rain began to intensify, I walked right into the road, set up my tripod, threaded in my trusty old cable release, and found a composition with my X-T20.

I thought about walking onto the boardwalk and including the ocean in my frame, but I had seen that shot quite a bit from other local photographers. I knew I wanted to incorporate just how vacant this season at the shore really was. With the bright Wonder Bar to my left, and Convention Hall up ahead to my right, I began battling the elements.

The swirling rain and intermittent gusts of wind were my first hurdle. I knew any small drops of rain may not be such an easy fix in Lightroom, so I used a microfiber cloth to just give a quick wipe between shots. Rather than the XF16mm f/1.4, I decided to use the XF23mm f/2 because I didn’t want my prominent subject, The Berkeley Hotel, to appear farther away than it was. Had I walked onto the beach, or onto the boardwalk, I more than likely would have gone with the wider approach.

The next question that I had to ask myself was, “how long do I need the shutter opened for in order to fill in the many shadows I have in my frame?” In addition, I had quite a bit of lights all around me from both the streets and buildings. I knew one big bright flash of lightning could blow out my highlights in an instant.

I settled with 100 ISO to evenly maintain the falloff between the bright buildings, and the dark sky. if I were to get lucky enough to catch a keeper, I wanted all the lights of my surroundings to be less intense than the lightning itself, so I set my aperture at f/11.

Lastly, I knew of one police car up the street driving around on patrol. I kept in mind that I wanted the scene to look as uninhabited as possible. So rather than taking a very long exposure and just waiting for the lightning, I took short exposures of 10 seconds, wiping my lens in between shots, and avoiding any long light trails from any potential vehicle traffic.

It’s been a strange, seemingly never-ending year for everyone, everywhere. For the photographers I know in my area, trying to incorporate the events that 2020 has brought us, has been both challenging and nerve wracking. If you’re thinking of a camera and lens combination, and this year has created an issue for your wallet, I’ll leave you with one more frame and story, taken with the budget friendly X-T20 and XF23mm f/2.

This picture is hectic. There’s an overwhelming feeling to it. We’ve all seen countless pictures like it. We all feel differently about these pictures. We all want to voice our opinions as soon as we see them. They need no title. They require no description or back story. Nothing needs to be said about them. I chose this shot for all of those reasons, but quite frankly, I’m just happy it’s not a blurry mess from my own heart pounding with adrenaline.

After showing people the “run and gun” style pictures I took in Philadelphia on May, 30th 2020, I was asked why I chose to go there in the first place. I also noticed many photo sharing outlets, camera company’s, and social media platforms steering clear from posting any documentation of these events what so ever.

The collection that I put together made people mad. Aside from far more demeaning comments and questions, I was asked why I took such a risk, and I was even told that the pictures I took could be confiscated by my very own government and land me in court. All of these questions and feelings made me think back to my roots.

They made me think about skateboarding, and the reason I picked up a camera in the first place. Most of all, they reminded me of a saying I’ve heard more than a few times now: “Without footage, it’s fiction”.

I want to thank Fujifilm and Fuji X Passion Magazine for being a staple this year. 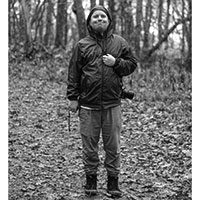 Posted on October 16, 2020October 16, 2020by fujixpassion
When we first saw Loïc Casanova's work, we were blown away. We confess that we have always been fond of black and white photography, but Loïc's images have something special, myst…
END_OF_DOCUMENT_TOKEN_TO_BE_REPLACED
Categories INSPIRATION

Posted on January 17, 2021January 15, 2021by Miro Maršík
I started the walk just after the sunrise. It had been snowing during the night, and it had stopped right before I started. Snow in the center of Prague is quite rare last years. …
END_OF_DOCUMENT_TOKEN_TO_BE_REPLACED
Categories INSPIRATION

Posted on December 4, 2020December 4, 2020by Earl Goodson
Last May, I ended up putting my X-T2 and interchangeable lens collection up for sale on eBay. Not because I was dissatisfied with them but because I was considering something dari…
END_OF_DOCUMENT_TOKEN_TO_BE_REPLACED
Categories INSPIRATION

Posted on November 11, 2020November 11, 2020by Jakub Gráf
Hello everybody, let me introduce myself. My name is Jakub Gráf, but you may find me as @zahorizont and @grafworks_leathergoods on Instagram. My main focus is portrait photography…
END_OF_DOCUMENT_TOKEN_TO_BE_REPLACED