My name is Gal Tzoref. I am twenty-four years old and live in Israel. In the last two months, I toured and took photographs in the northeastern United States, mainly in the states of Maine and New York.

I’ve always loved the field of photography, and that’ is what I want to do as a job.

In December 2019 I completed four years of military service as an officer and after my discharge, I began working at photography, both stills and video, and also editing in these two fields.

The culture of travelling and discovering fascinating places all over the world is very developed in Israel. There is almost no one who finishes their military service and doesn’t travel somewhere in the world for several months, for example in places like South America, Australia and the Far East.

There is almost no place in the world where you won’t find Israelis travelling. My original plan was to fly to Africa for several weeks in June 2020 and to continue on from there to the Far East. My plans were cancelled due to the situation caused by Covid-19 and I remained in Israel to continue devoting my time to photography and film editing.

In October I had the opportunity to fly to visit a friend in Manhattan and to tour the northeastern United States, which at the time was in good shape with regard to Covid-19. I packed my things, my laptop, my Fuji X-T3, my 16-80mm F4 and 35mm F1.4 lenses, and a few days later I was on a plane en route to Manhattan with a very general plan and mainly uncertainty about the route of my trip.

I spent the first week of this journey in Manhattan, which had just emerged from a lengthy lockdown of several months. The feeling of release that people felt could be sensed in the air, from sitting in a café in the morning or in a bar in the evening, from running to engage in exercise throughout the city or just sitting in the park, reading a book and breathing fresh air. Although there weren’t many tourists, it was a lot of fun to take part in this atmosphere, which had been missed by not only the residents of New York but also by many more people all over the world.

After a week in Manhattan, we began going north, with the intention of getting to Maine to enjoy nature and the changing colors of the leaves in the final days of the autumn before the coming of the cold winter. Because of the restraints of Covid-19, which were constantly changing, we could not make long-term plans and we had to be flexible and work out a new route every few days.

Our first stop was Boston. After the warm atmosphere we had experienced in New York, the atmosphere in Boston was completely different. Boston is a city with some of the most famous Universities in the world (Harvard, Yale, MIT, etc.), with students making up a third of the city’s population. Students who we met explained to us that because the classes were virtual, a large number of students had returned to study from home in order to save on the cost of rent and food.

This turned the city into a ghost town at that time, with very few people on the streets. This was weird and not easy, especially after my experience in New York, but on the other hand, it was moving to see an impressive city like Boston with towers and huge office buildings empty of people.

Several days later we continued via Workaway to a small island beside the town of Wiscasset, which is about an hour’s drive north of Portland. Workaday is a website that connects small businesses such as farms and country Bed and Breakfasts and people who come and work for their room and board, especially in a special place with special people.

We spent several days with Kitty and Joe, retirees who run an AirBnB business consisting of small cabins spread around their house. We helped them run the business and prepare for the approaching winter. We also hiked and bicycled on the island, which is breathtakingly beautiful, all-natural and untouched by human hands.

In the evenings we sat and talked with fascinating people who were staying at the AirBnB, among whom who were a German chemistry professor from Yale, and a young man who had worked as a photographer and video editor in Vietnam for three years (with whom I had a lot to talk about). The Workaway experience creates a rich combination of people, employment and nature. We enjoyed ourselves there very much, but… spoiler, we’ll do it again somewhere else during our trip.

From there, we returned to Portland to rent a car for a road trip throughout the nature reserves of Maine. Our first stop was Acadia Park, on Mountain Desert Island, which is a national park on a large and very beautiful island. The island is filled with very easy hiking trails, many hikers and lobster restaurants in every corner.

After several days there we drove to Millinocket, the closest town to Baxter State Park, where we planned to climb mountains called The Brothers, North and South. It is a difficult full-day course, with challenging climbs and descents. We left the town at sunup and within five minutes had lost phone reception, although the start of the route is about an hour and fifteen minute’s drive from the town.

The route takes you over minimal roads that barely disturb the tranquillity of the landscape. At a certain stage going up to the top, the road turns into a stream, which is the only way to reach the top. From the top, you are exposed to a breathtaking view of hundreds of kilometers of forests and mountains surrounding you, with no hint of a road, settlement or sign of civilization.

The combination of the breathtaking view and the fact that we had no phone connection for the entire day turned this into one of the best events of our trip.

We returned to Portland via the Western Maine Mountains, a mountain range that covers the entire western part of Maine. We drove through the isolated towns and houses spread along the pastoral and enjoyable route.

After returning the car, we continued with another Workaway, this time in Vermont. We spent a week on Jill and David’s farm. In addition to horses, sheep, chickens and other animals, they also host people there via AirBnB, and also additional workers like us. We got up every morning to tend to the animals and to help with the upkeep of this operation.

The farm is located in its entirety on a hill at the foot of which is a big river. The entire area is beautiful and you can wander around freely in every direction you want to go. All the breakfasts and suppers are prepared in a big communal kitchen and everyone eats together at a large table, which creates a special and fun atmosphere of many different people gathered together.

Jill and David were wonderful and intelligent hosts. It was an excellent opportunity to learn new things and abilities from many interesting people and also to relax for a while on a beautiful and outlying farm.

From there, I returned to Manhattan to spend the last three weeks in the city on my own. I exercised a lot, took photographs, read and wrote nonstop, and most importantly, ate at excellent places. Up until then, I had never been entirely on my own in a foreign city and country.

There is something special about being your own boss in a new place in which you don’t know anyone and nobody knows you. The time on your own gives you a moment to rest from the rat race and concentrate on what is good for you, what calms you and what gives you the strength to keep on going.

Photography accompanied me throughout the trip and was a significant and inseparable part of me. I never knew or planned what I would photograph. I like to allow fate or chance to determine what people, weather and situations I will encounter and then improvise on the spot. I like the feeling of capturing a special, authentic and specific moment that will never occur again.

Every time I went out with my camera, whether on a nature hike or to wander around the city, I also took one lens with me. In natural surroundings the 16-80mm allows more play and possibility to capture their size, power and tranquility.

In the city, the 35mm is lighter and because of the F1.4 aperture, it allows you to focus the picture on more specific items in the urban pandemonium. But this wasn’t a firm rule and many times I went against these principles and the pictures turned out excellent, each with its own pluses.

At the end of the process, I would load them onto DRIVE and send them to my family and friends, and if there was a photo that I was really pleased with, I would also load it onto Instagram. There is no doubt that photography was an additional and significant aspect of my trip.

The changing natural landscapes and places and my regular photographing of them greatly improved my abilities and I was a much better photographer at the end of my trip than at the beginning.

During my final days in Manhattan before returning home I produced a clip which I tried to make as authentic as possible and which would succeed as much as possible in cramming together those wonderful two months into one minute.

I don’t know if this is actually possible however what is certain is that these were an extraordinary two months with experiences that will be etched in my memory for a very long time. 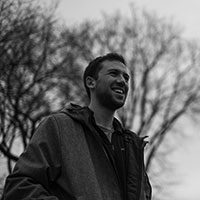 “I am 24, born in Israel and lived for 8 years as a child in Belgium. I love photography, traveling, meeting new people and especially the combination of the three together.
Addicted to cinema, music, and sports.”

"I am 24, born in Israel and lived for 8 years as a child in Belgium. I love photography, traveling, meeting new people and especially the combination of the three together. Addicted to cinema, music, and sports."

We asked you to show us pictures of your Ex, and here are the results!

Posted on October 2, 2020October 2, 2020by fujixpassion
In this post that we published a while ago, we challenged our readers to show us pictures of their "Exes". And they did :) The responses were quite surprising. All with differe…
END_OF_DOCUMENT_TOKEN_TO_BE_REPLACED
Categories INSPIRATION

Posted on January 5, 2021January 5, 2021by Ben Wagner
On Thursday March 12th I got the call from my local camera shop: my new, black, Fujifilm X100V — which I had pre-ordered months ago — was finally here. The night before, the Utah …
END_OF_DOCUMENT_TOKEN_TO_BE_REPLACED
Categories INSPIRATION

Hidden but not unseen

Posted on January 25, 2021January 22, 2021by Damien Rogers
Along the West coast of Ireland, the iconic Cliffs of Moher in County Clare, loom large against the harsh Atlantic shore. The spectacle draws tourists from around the globe, each …
END_OF_DOCUMENT_TOKEN_TO_BE_REPLACED
Categories INSPIRATION

Posted on December 8, 2020December 7, 2020by Ahmet Parlak
First of all, thank you very much for this opportunity! My Name is Ahmet and I’m from Munich, Bavaria in South Germany. Maybe you know the biggest Beerfest in the World called …
END_OF_DOCUMENT_TOKEN_TO_BE_REPLACED