6:29. I wake up, even before the phone alarm clock that is scheduled for 6:30. I stood up and quickly dressed my clothes . Before leaving home I still have time to eat an energy bar. I took another put in the pocket in case of the hunger appears.

Not long ago I switched to X system Fuji. After some indecision, I ended up selling all Canon equipment that I had: a 5D mkIII, L series lenses and a paraphernalia of other accessories. I bought a Fuji X-T1 with the 18-55mm lens and 55-200mm.

I dress the waterproof jacket – there is a possibility of raining during the day – and put the bag with the equipment at the shoulder. It is much lighter now. Much more! It was what I needed. I started to have less courage or patience to load a backpack so heavy on my back.

Inside I have the camera and “kit” lenses. During this week I received the 14mm f/2.8 and the 35mm f/2. Of course, I’m anxious to try out my new companions. I read and have seen a lot about them, but one thing is in front of the computer, quite another is going to the field and see what they can do.

It’s still dark on the street. But the sky is no longer black, now taking a bluish tint, so beautiful, but it indicates that a few more minutes and the sun will begin to peek. At least this is my hope, that the sun appears.

I already know where I’m going. The location is roughly 20 kms from my house. The sunrise is expected around 7:30 and there 6:45 when I start the car. I have about half an hour to arrive. The 15 minutes remaining are to prepare all the equipment: tripod, camera, filters. But, on my way, I could not have any bad luck. A tire puncture would ruin my morning… 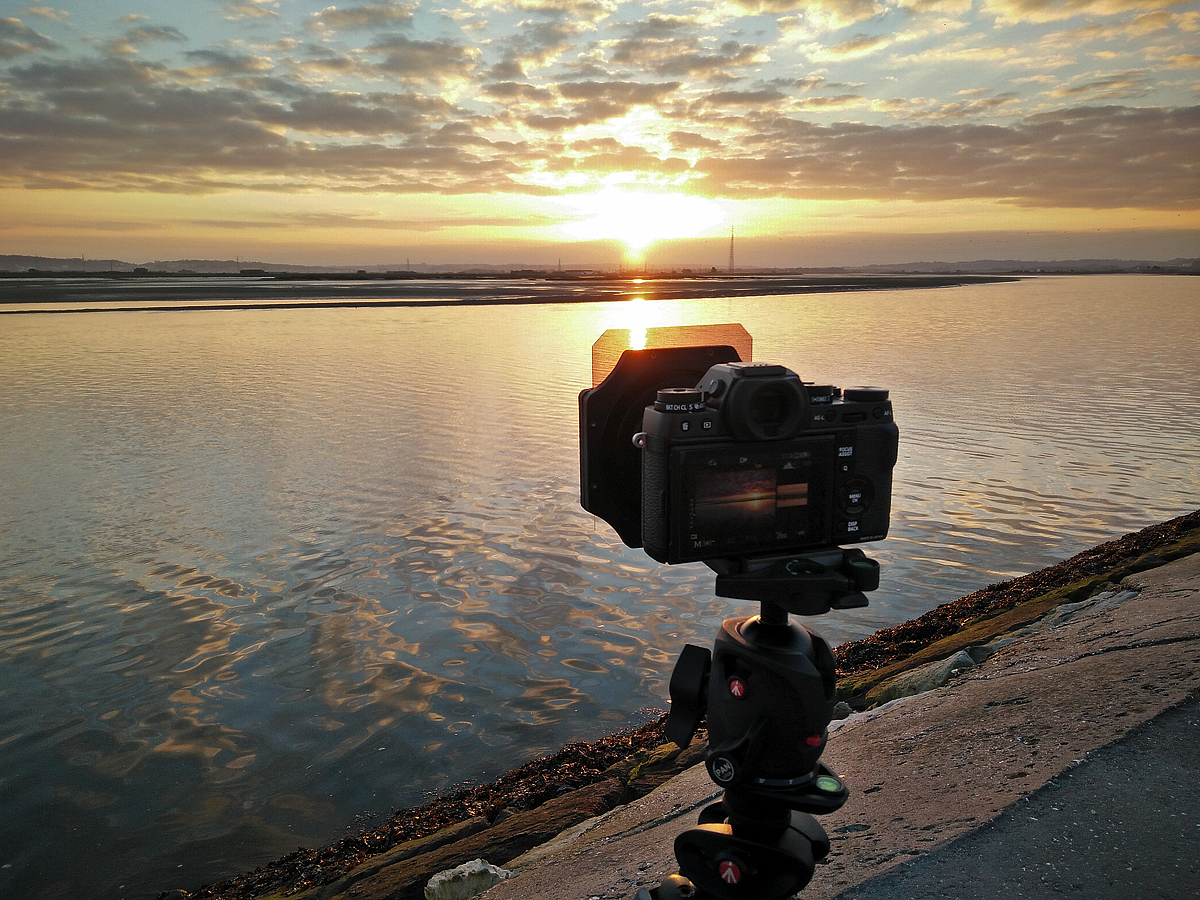 Nothing unexpected happened. 7:15 and I already have the camera on the tripod. As to the lens, I choose the 14mm. So light, yet so well built, solid. The set is featherweight. Nothing compared to the 5D and 17-40mm, even though that was not the objective of the heavier, at least compared with the Canon’s 24-70mm. The clouds covering the sky begin to open, to give way to the king star. No mistake, it will be a gorgeous sunrise. I am sorry for all those who are still asleep and are not watching this spectacle of Mother Nature. Definitely, when the sun rises is not for everyone…

Until a few days ago just had to 18mm as “wide-angle”. But something was missing, I was beginning to feel some claustrophobia. I’ve always been keen of wide-angles. But now I have the 14mm and the smile came up again in my face. For now I believe I don’t need nothing more. But the future is always preparing surprises.

The difference between the light of the sky and water is already considerable. In this case I need a gradient ND filter. I put the Lee support and choose the 0.6, which cuts two light stops in the darkened part of the filter. Using it is fairly simple, because I can immediately see the result, not only on the rear screen as the viewfinder.

For the record, later I also used the Big Stopper, which cuts 10 stops of light. I like long exposures and this filter allows me to take the exposure to unimaginable times. Or almost. But this morning I could not go beyond the 30 “. The remote trigger that I have does not work in the X-T1 and I have to wait for the arrival of a new one. Then yes, I want to see how the Fuji behaves in exposures beyond two minutes.

And so ends the adventure of the 14mm. The sun is already high and that’s enough of landscape photography. Judging by what I see on the camera’s screen seems to me that I have images stunningly sharp. It was what I read about the 14mm, which has quality to spare. I hope the result is the same when opening the images on the 27-inch screen of the iMac.

I like to photograph people, events, animals. To summarize, I like to shoot, period! But what really fascinates me is the landscape photography. This is what leads me to commit follies in the early hours. But on this day, with 35mm in the bag and with boats over there at my reach, I decided to do a series, something I rarely do. In fact, I think that so far have not done any. Maybe it’s time to start.

For those who are so used to seeing the world in wide angle, looking through a 50mm (on full frame equivalent) is something “weird.” But it’s nothing new for me because I used several times my Canon’s 50mm. But it is not the focal length I think about when I decide to shoot. Let’s go forward. 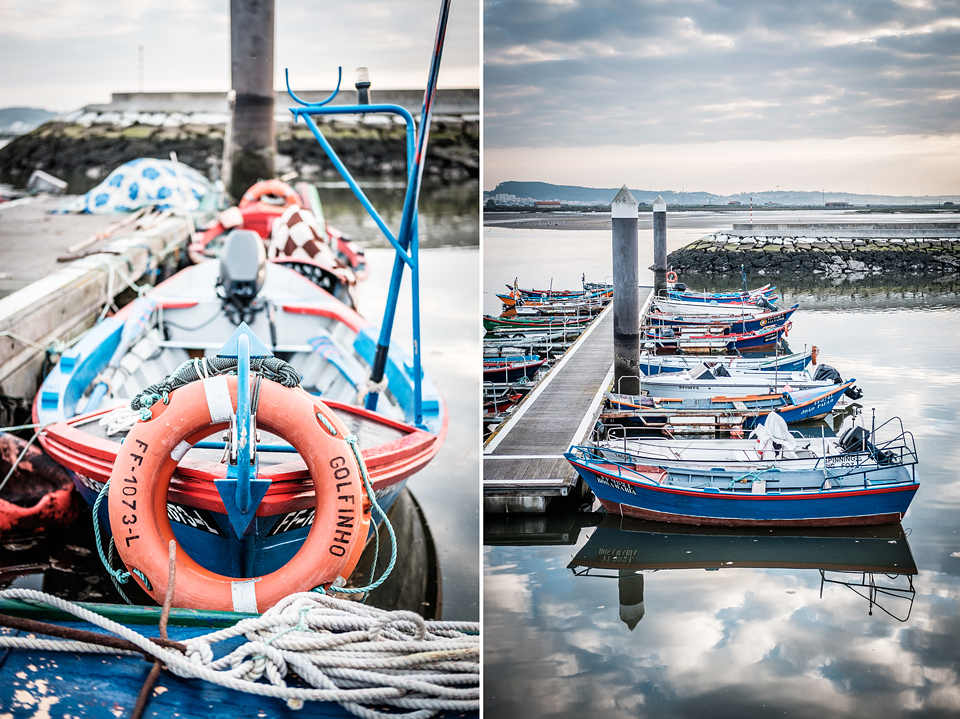 Now it is just me, the Fuji X-T1 and the XF35mm f/2. No tripods. Nothing else. Just walk from one side to the other looking for the best pictures. A more “liberating” experience. And you want to know something? I loved it! I must repeat.

I have to be careful when looking at the pictures that arise on the screen of the X-T1. The 35mm f/2 WR behaves so well that if I neglect, I may even cut myself in the detail of the images. Honestly, I never thought it was that good. And it is confirmed when I get home and open the photos in Lightroom, in the 27-inch screen. The 14mm and 35mm lens showed me that Fuji is not playing around. 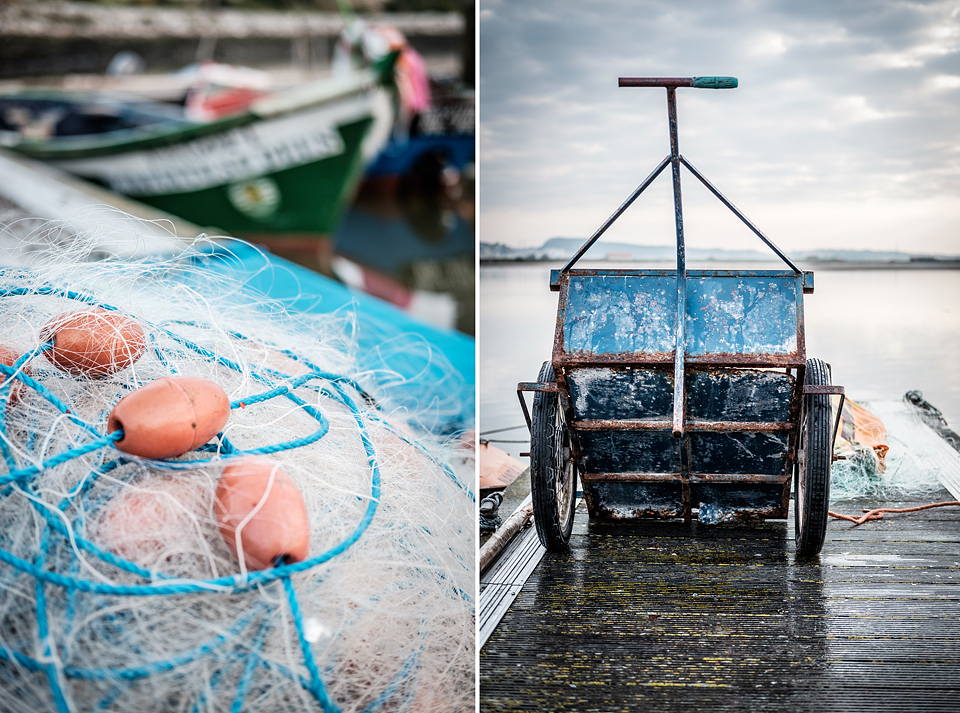 Finally, again I do something for the first time, like changing the image ratio from 3:2 to 1:1. In other words, not only I see the world more “compressed” as well… square. I also changed to one of the black and white modes. And photographed with great pleasure, in a way I didn’t do for some time. 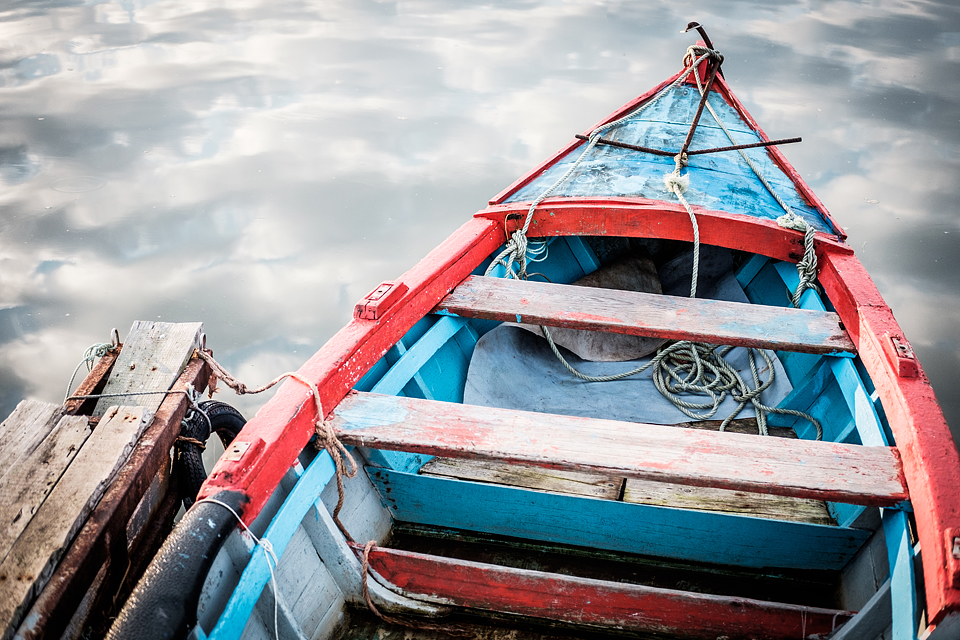 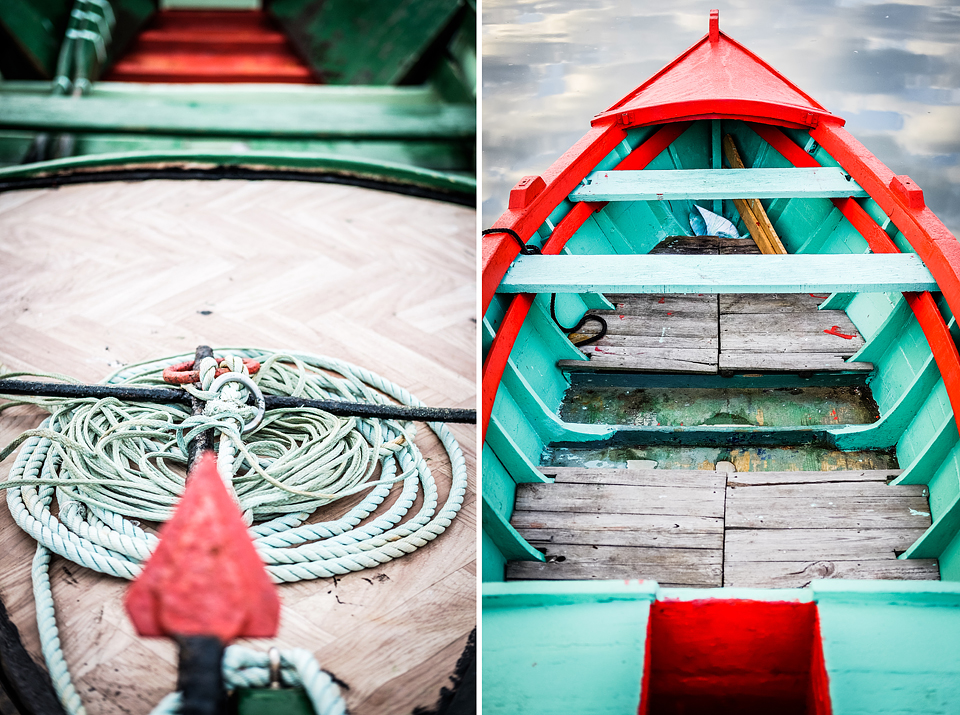 Maybe it’s a psychological thing. Maybe it’s the novelty factor. Perhaps the Fuji spirit. Maybe it all together. What I know is that I needed it. I needed to feel again passion to shoot. After all, it is what we like to do… 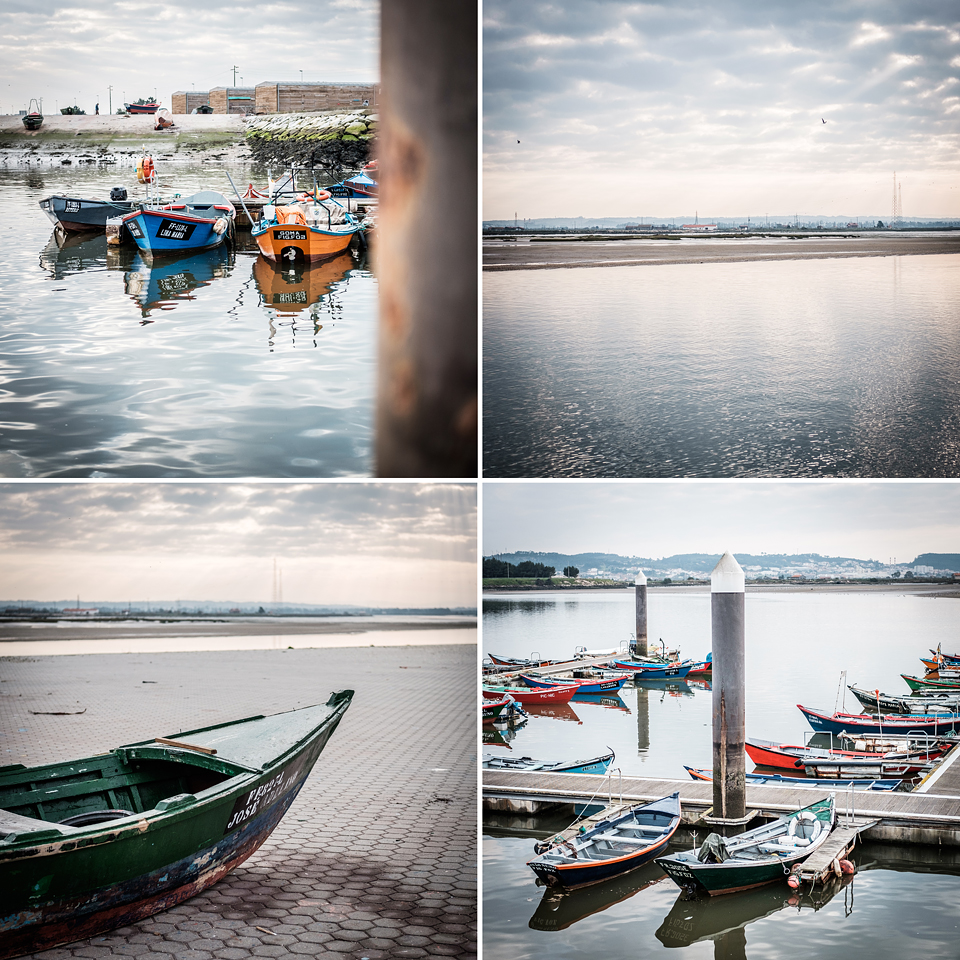 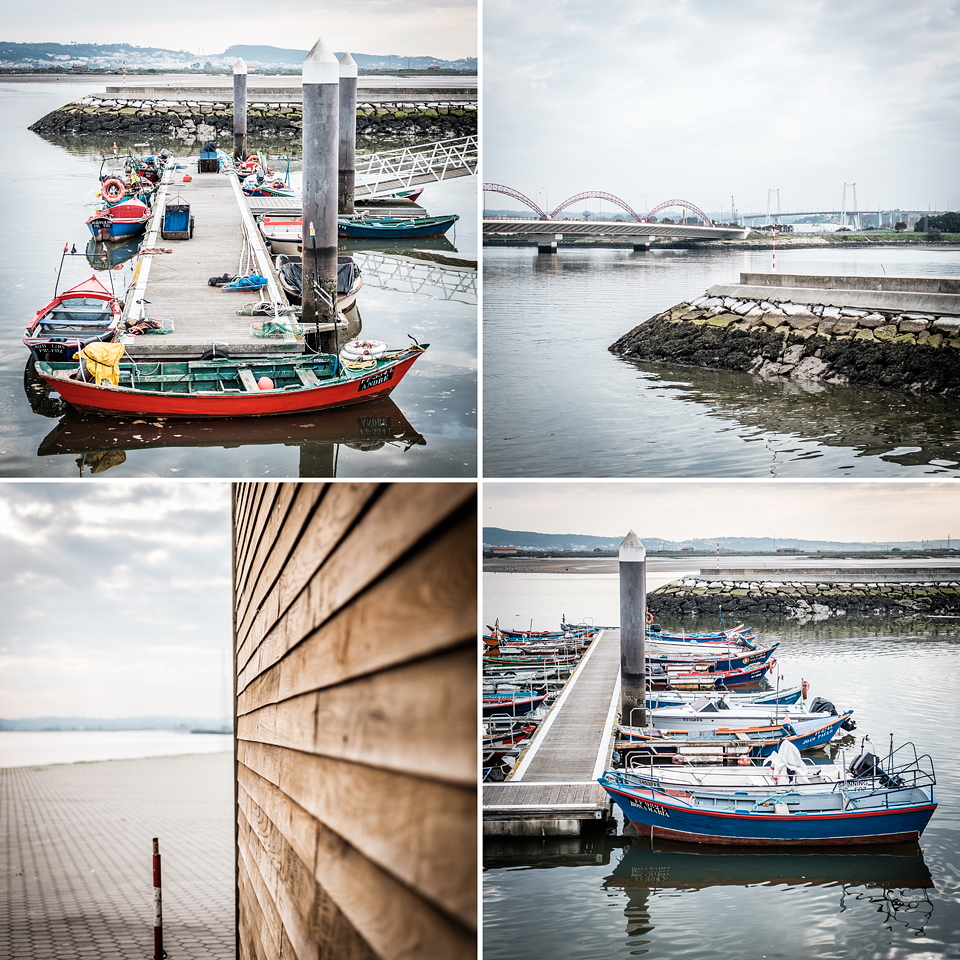 A life long search for the holy grail, “the perfect camera bag”