A Guide for Processing X-Trans images in Iridient Developer: Behind the Scenes

I was one of the early adaptors of Fuji’s X-Trans system. When the X-Pro 1 came out, I was fascinated by the sensor design, and the form factor of the camera. I was also a little disappointed with the early results from various raw converters. The software that came with the camera produced good results but was difficult to use, and early support in Lightroom was quite poor and led to a degree of frustration. Over the years since the X-Pro 1 was released there have been lots of advancements in the variety and quality of the various applications which can handle Fuji raw files, and I’ve been obsessed with trying to get the maximum possible quality out of the conversion process ever since.

The unique design of the Fuji sensor makes it a challenge for developers, because the standard algorithms, which are based on a traditional Beyer sensor, don’t work. This unique design has led to many different interpretations of how the Fuji RAW files should be decoded, and it’s why there can be such a difference between different software packages. In my attempt to create a workflow, or various workflows for converting Fuji RAW files, I’ve discovered that there isn’t necessarily one solution for everyone. Different people want different things and the results that may please one photographer, may not please another. For some, the ease of use, and the ability to stick with an existing workflow is important, where as for others, extracting the most amount of clean detail is the most important factor. The more I’ve covered this subject on my own photography blog, the more I’ve wanted to try and help users find the solution that was best for them. 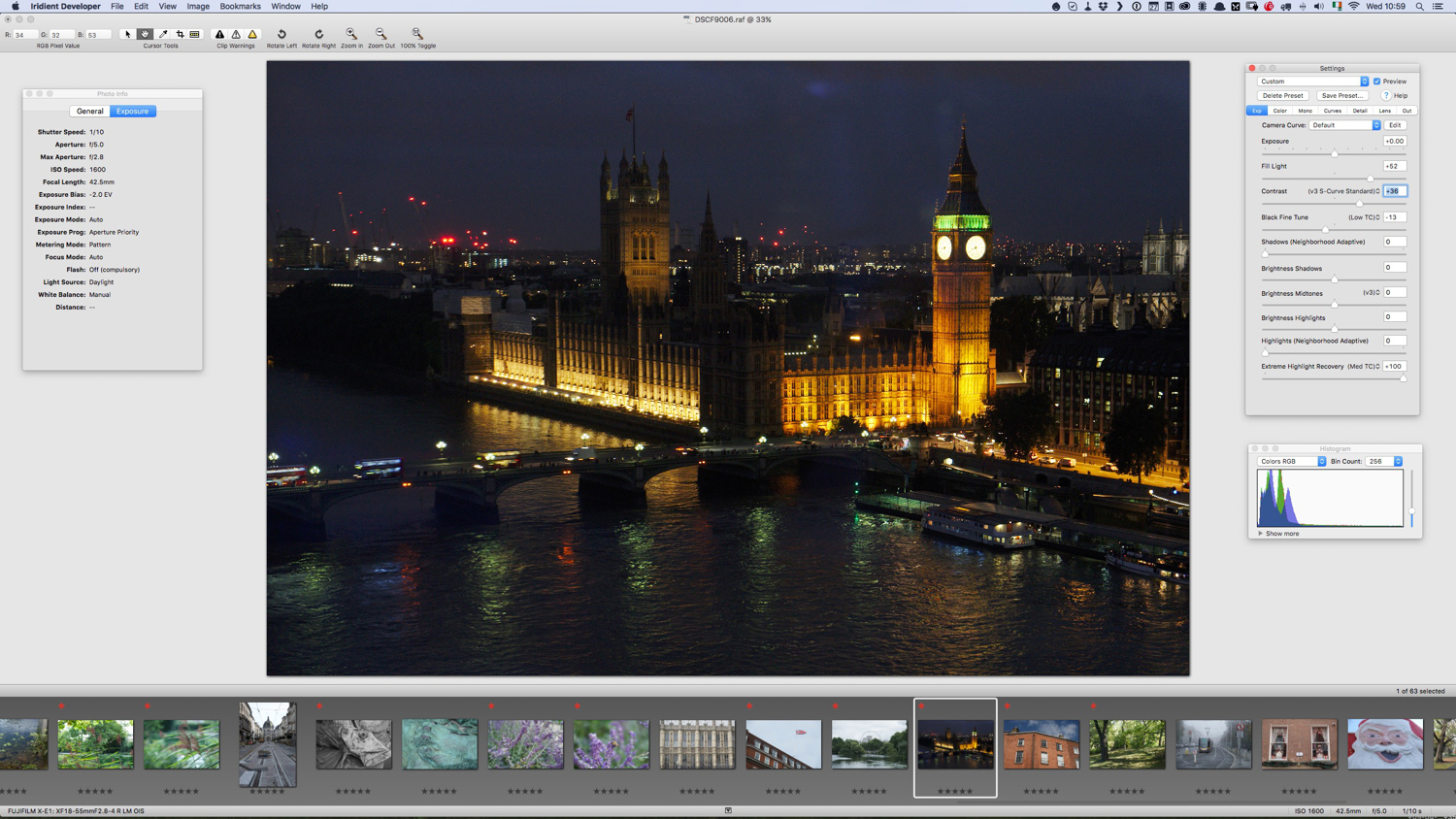 To that end I’ve published a series of guides outlining my workflow and settings for various different pieces of software. The first two guides were for Lightroom and Capture One respectively. I’ve just finished and released the third guide in the series, and this time I’ve covered the excellent Iridient Developer. 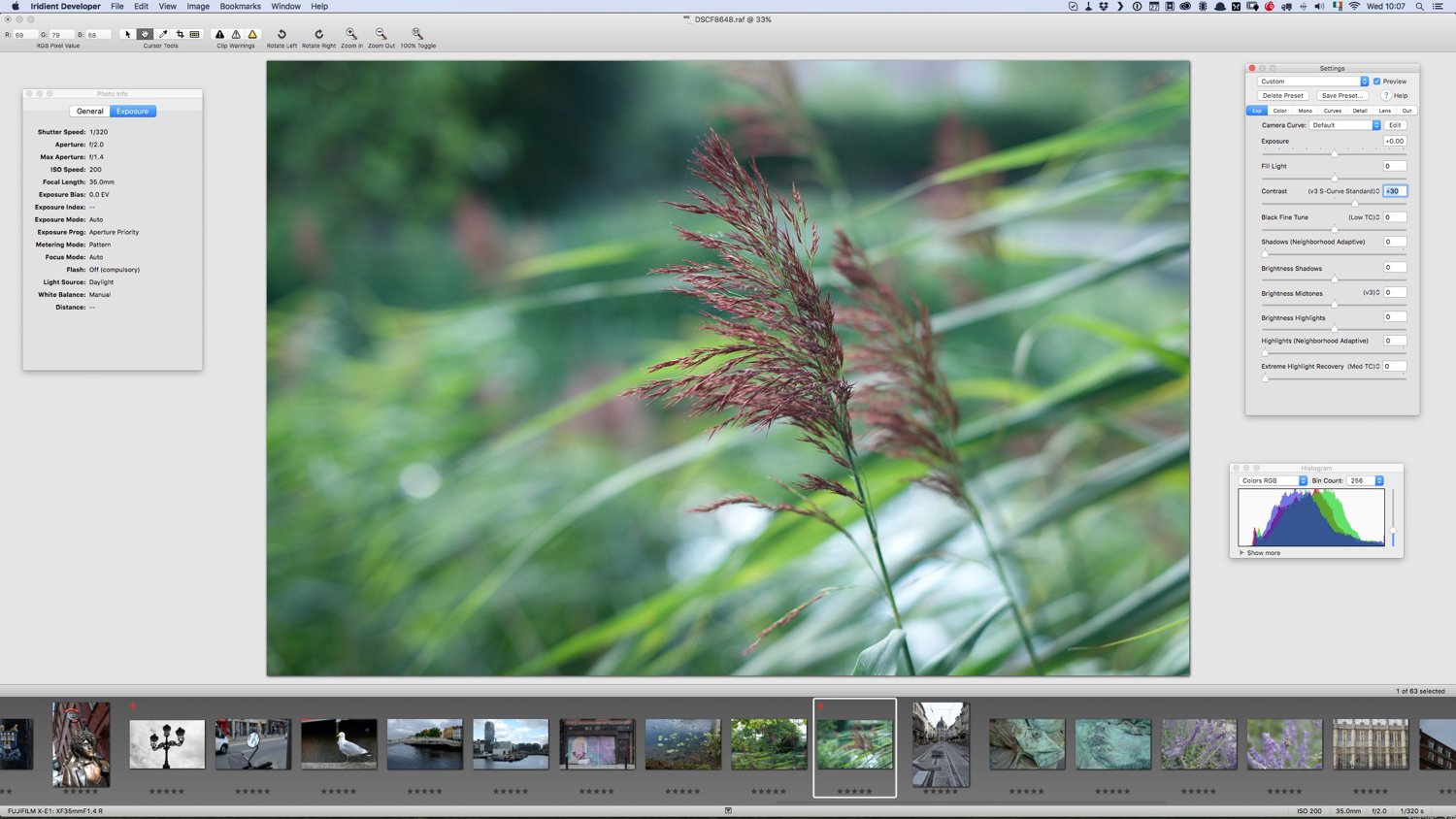 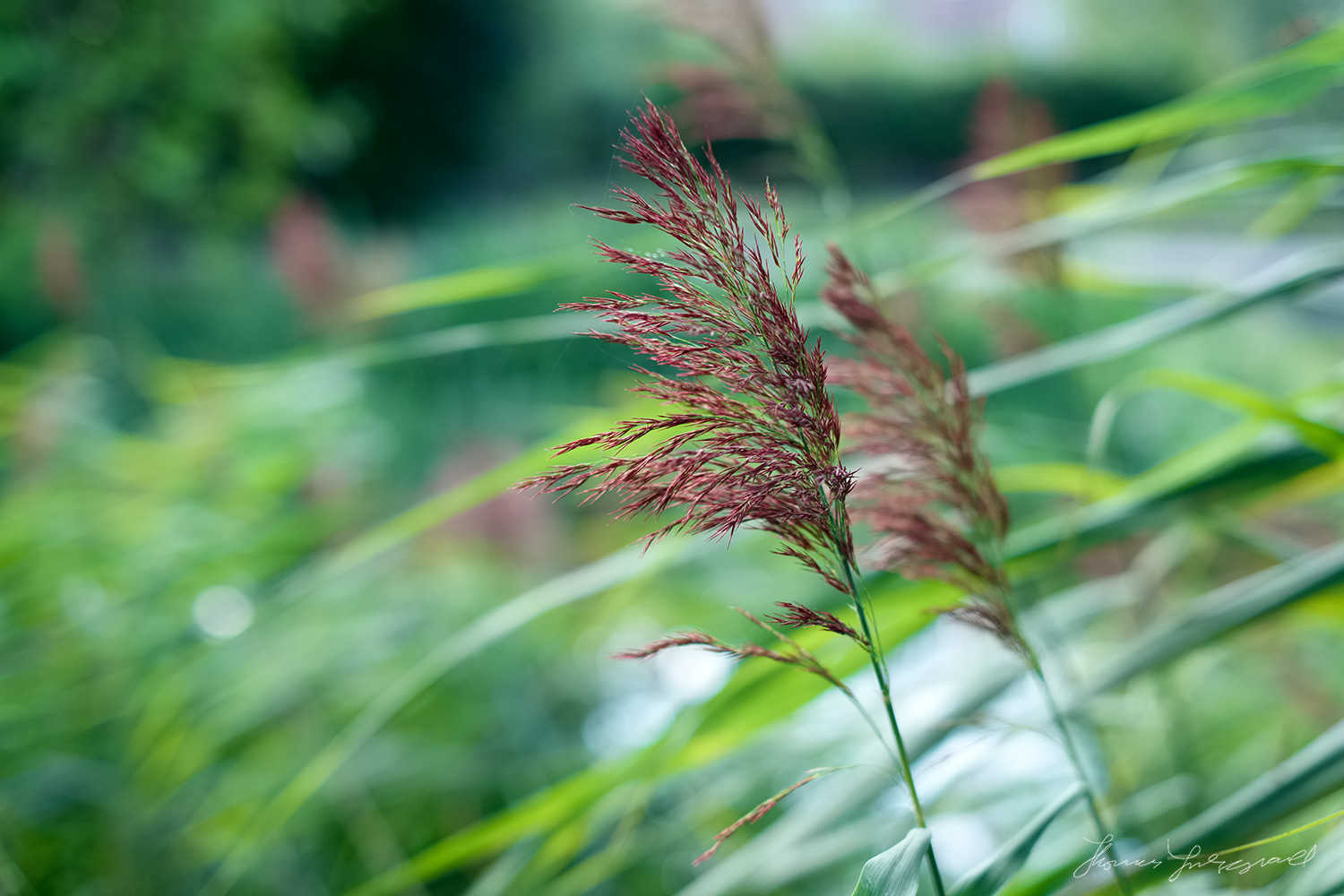 Iridient Developer is a very interesting application. While it was the last one that I’ve written about, it was actually one of the first applications that offered an alternative to Lightroom and the supplied Raw Converter software. It has always been really good at extracting detail from X-Trans files, and it is capable of producing some really impressive results. I had written about it extensively on my blog, especially some of the earlier versions. Since then, I was constantly getting requests for some more in-depth tutorials, and so, once I had finished the other two guides I set to writing this one.

I approached this booklet a little differently from my previous two. For a start it’s much longer. I wanted to cover the software in more detail, because many of the people who have written to me about it, had some trouble understanding some of the controls. So my goal was to create a guide that, even if you’ve never used Iridient Developer before, should give you the knowledge to use the software comfortably. It doesn’t cover every single control and function of the software, but it does cover the basics.

It was actually something of a balancing act to write. I wanted it to be in-depth for relative beginners, but not so basic that it’s boring for more advanced users. I tried to strike a balance by covering what you need to know if you want to process X-Trans files, without making it too dumbed down for more experienced users.

What’s in the guide
There are two main themes in the Iridient Developer guide. The first is showing you how to use the various controls, with specific emphasis on settings and options that specifically affect X-Trans users.

For example, I explain the sharpening settings that I use, and I try to explain how these methods work, how you should use them and the various ranges of settings that work well. I also go into some detail on the various demosaicing modes that Iridient Developer has which are specific to X-Trans files, and I also talk about how to use the special monochrome demosaicing mode to produce optimised black and white images. 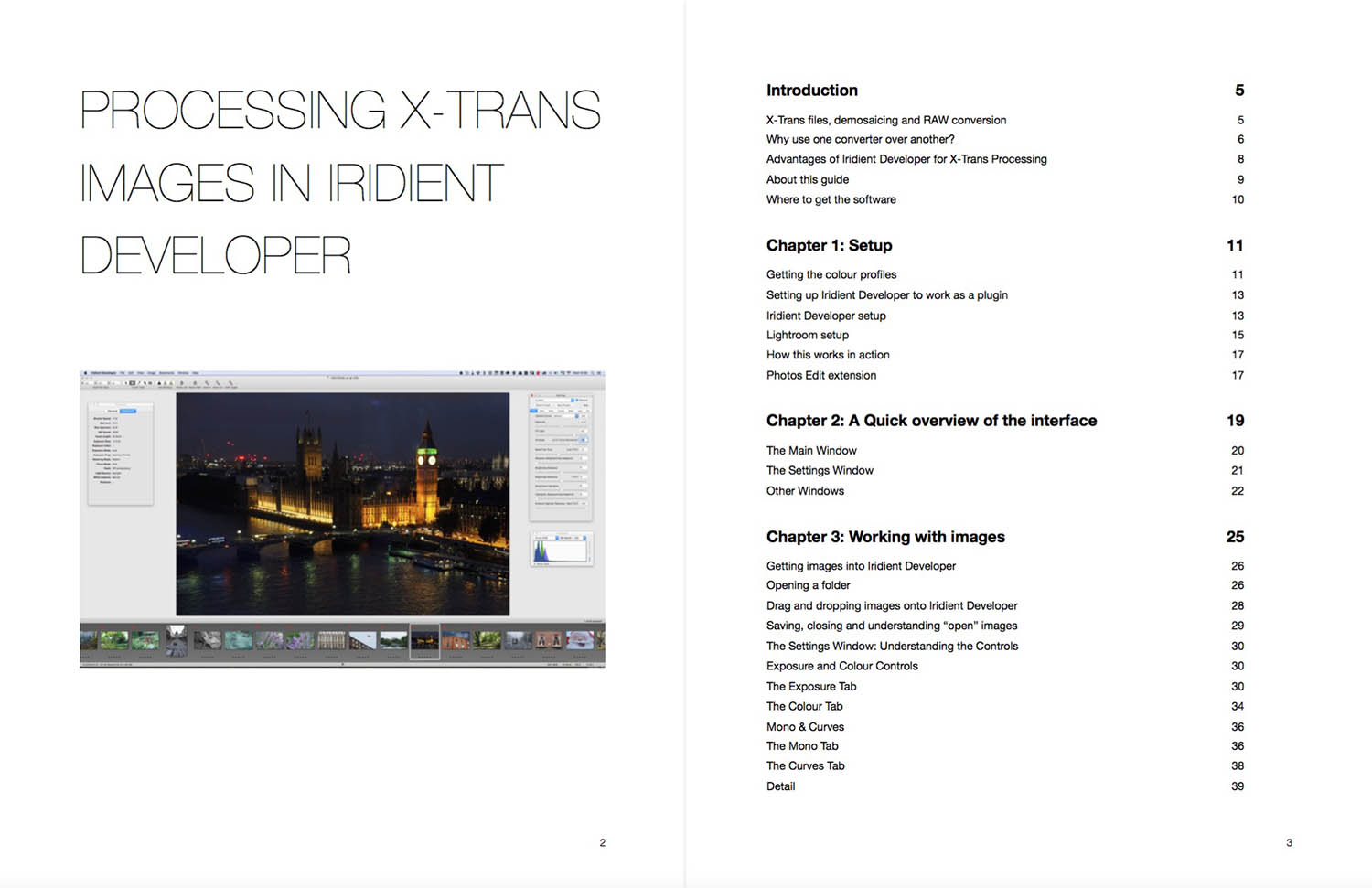 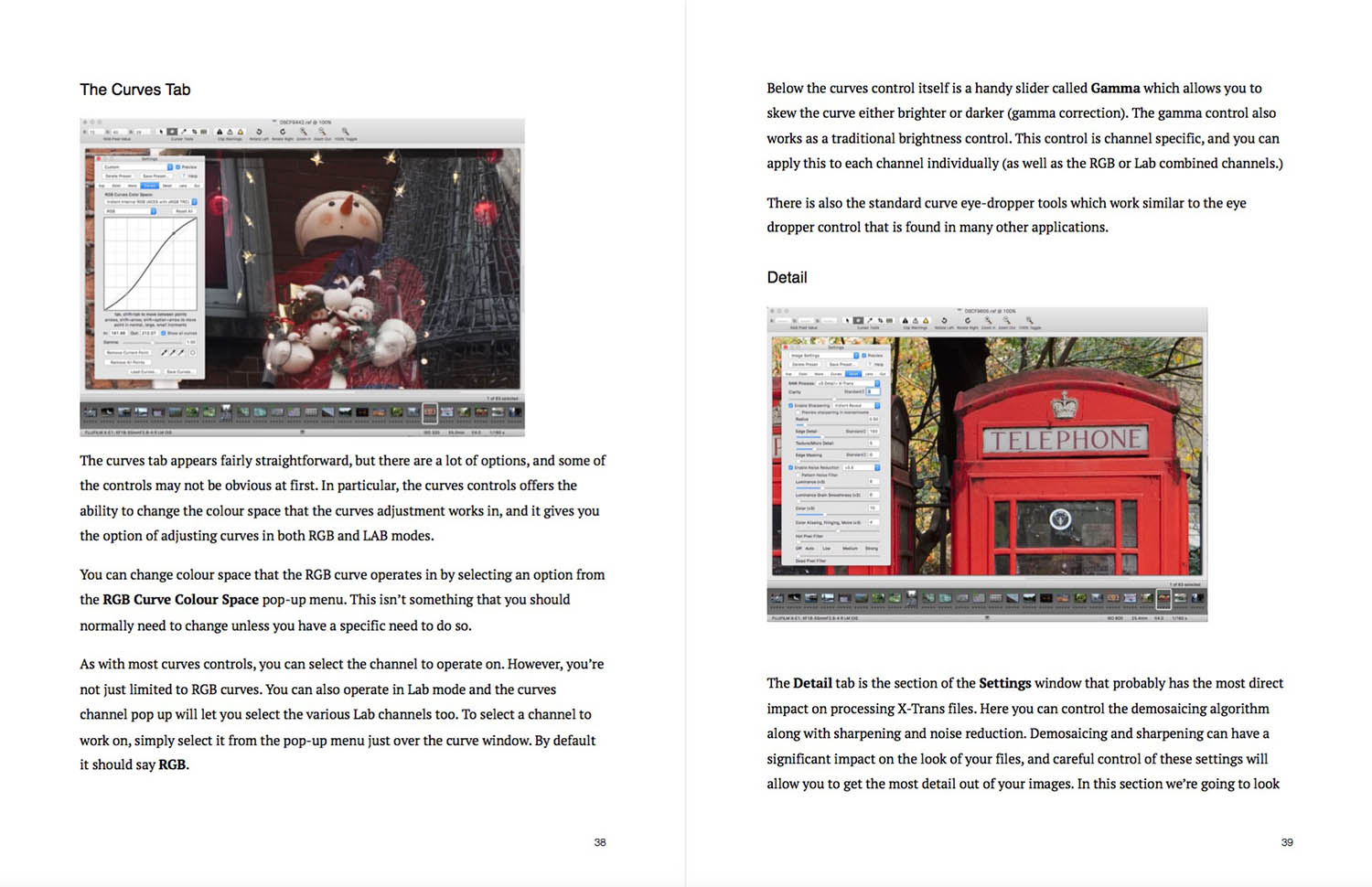 I also look at two ways to approach processing images in the software when also working with Lightroom. One focuses on doing most of your work in Iridient Developer, while the other discusses doing a minimal amount of processing in Iridient Developer, and finishing your images in Lightroom. The guide also discusses the pros and cons of these workflows, and details why you may want to use each method.

My overall goal with this series of guides has not been to bash any particular piece of software, or say one application is better than the other. In my experience, different photographers have different needs and expectations, and so the goal has been to empower users to make their own decisions, and to help them get the most from their chosen application when it comes to processing X-Trans files. 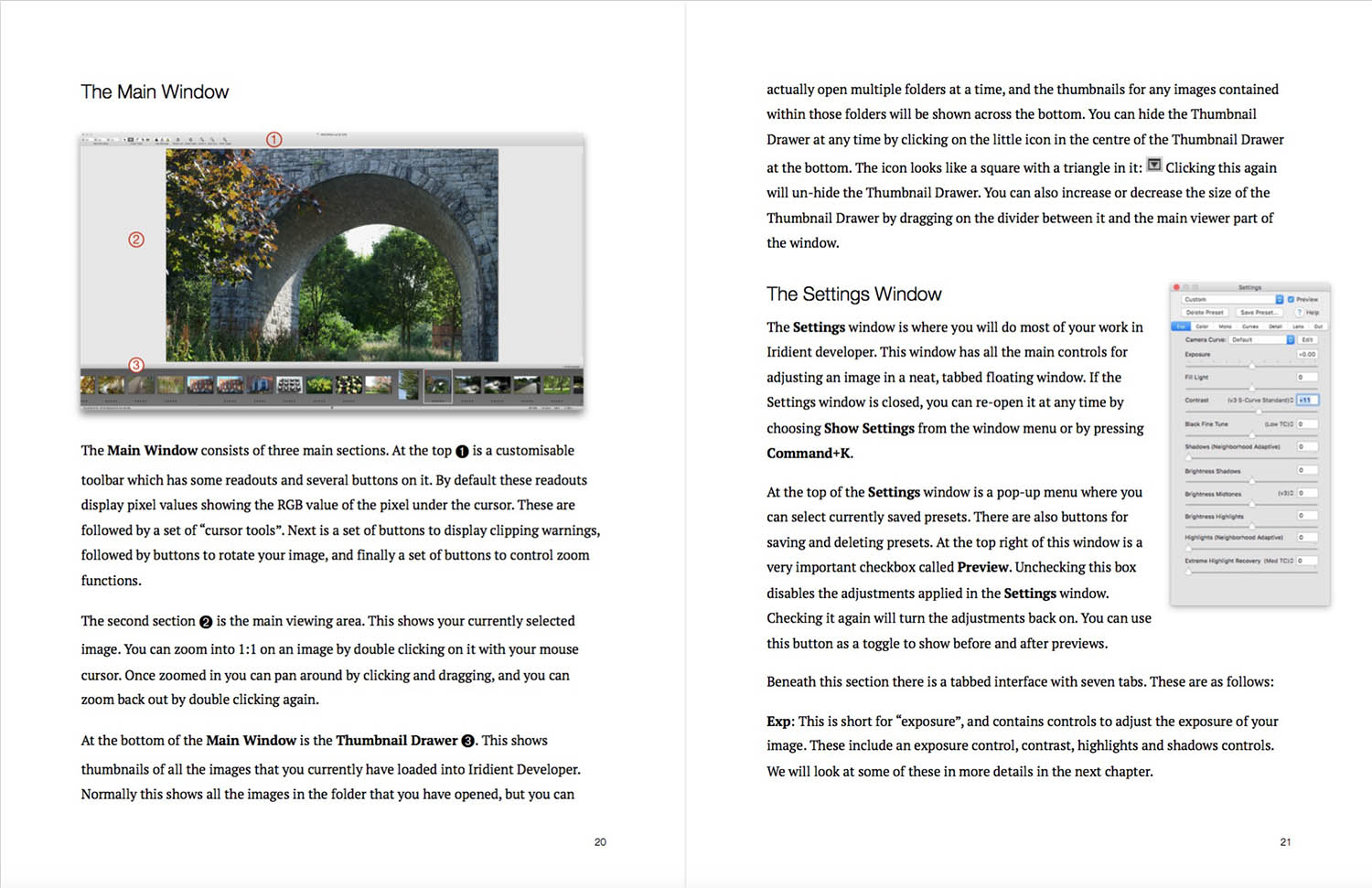