As you all might know by now, Fujifilm has put a lot of effort in the new autofocus system that comes with the X-T2.

Not only the algorithm is a new development – also the features and settings we are able to change for tracking moving objects have been implemented for the first time in a X-Series camera.

One year back, before traveling to Namibia, I decided to buy a Nikon D750 for wildlife shooting.

It was mainly because the Fuji X-System was lacking any long tele lenses that day, but also because of the AF-system. The D750 was supposed to play in a different league.

To get used to the Nikon AF I participated in a workshop for photographing dogs in action.

I had the X-T1 and the D750 with me. The X-T1 gave me around 45% in focus shots while the Nikon D750 gave me around 65%. Quite a difference – even if I am sure that someone who shoots running dogs more often would get much better results.

But I think it showed the difference between the two AF-Systems for moving objects quite good.
Now – with the X-T2 preproduction model in my hand – I got the idea to perform another shoot.

So I called my friend and photographer Joerg Steinborn-Flügger.

He has a lot of experience in photographing dogs in motion – and (even better) he has a Dog – called Floyd!

Wow… a black Labrador… in sunlight… this will be a challenge.

I will try to post whole series of images also showing the frames where the AF missed the target. This will give you an idea how good the AF works (and it does!).

We got the best results when Floyd was running straight in our direction… which he did only once!

The reason is simple… it is just the easiest way to track the dog in the viewfinder.

In this test we mainly used the small zone focus AF mode. We shot in 11 fps and in 5 fps (with live view). Even with 11 fps tracking the object in the viewfinder was quite easy.

I can see some slight unsharpness in some frames caused by hot air… the sun was shining and so this was not ideal.

Please be aware that this is no scientific test!

I am sure that finding more optimal settings and training in photographing runnings dogs with the X-T2 will give even better results.

The firmware of the X-T2 has evolved over the last months but it is still beta. With every iteration the AF-System gets better. So please take this into account when reading my findings! —–> itálico!!!!!

First I set the tracking to option 1 which is the multi purpose setting for AF tracking – and should be the same we get on the X-PRO2 after the next firmware update. 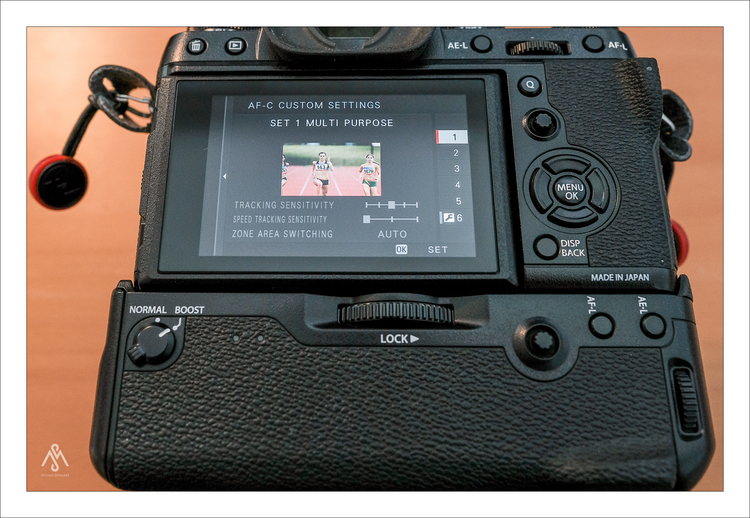 Joerg told me that Floyd tends to lift his back when running. This confuses the AF (also on the Nikon) and so it is common to get photos that are sharp on the tail – but not on the face. 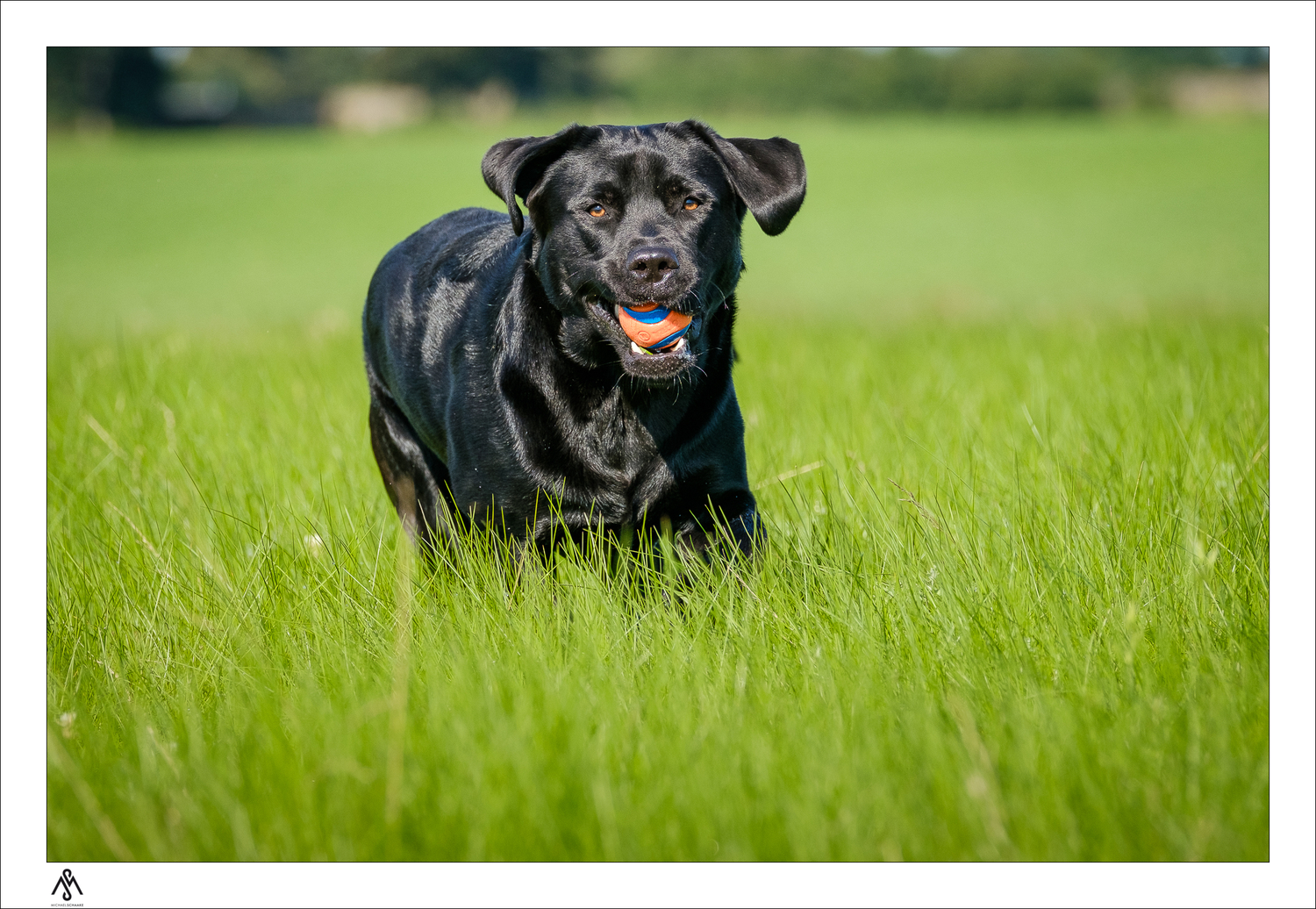 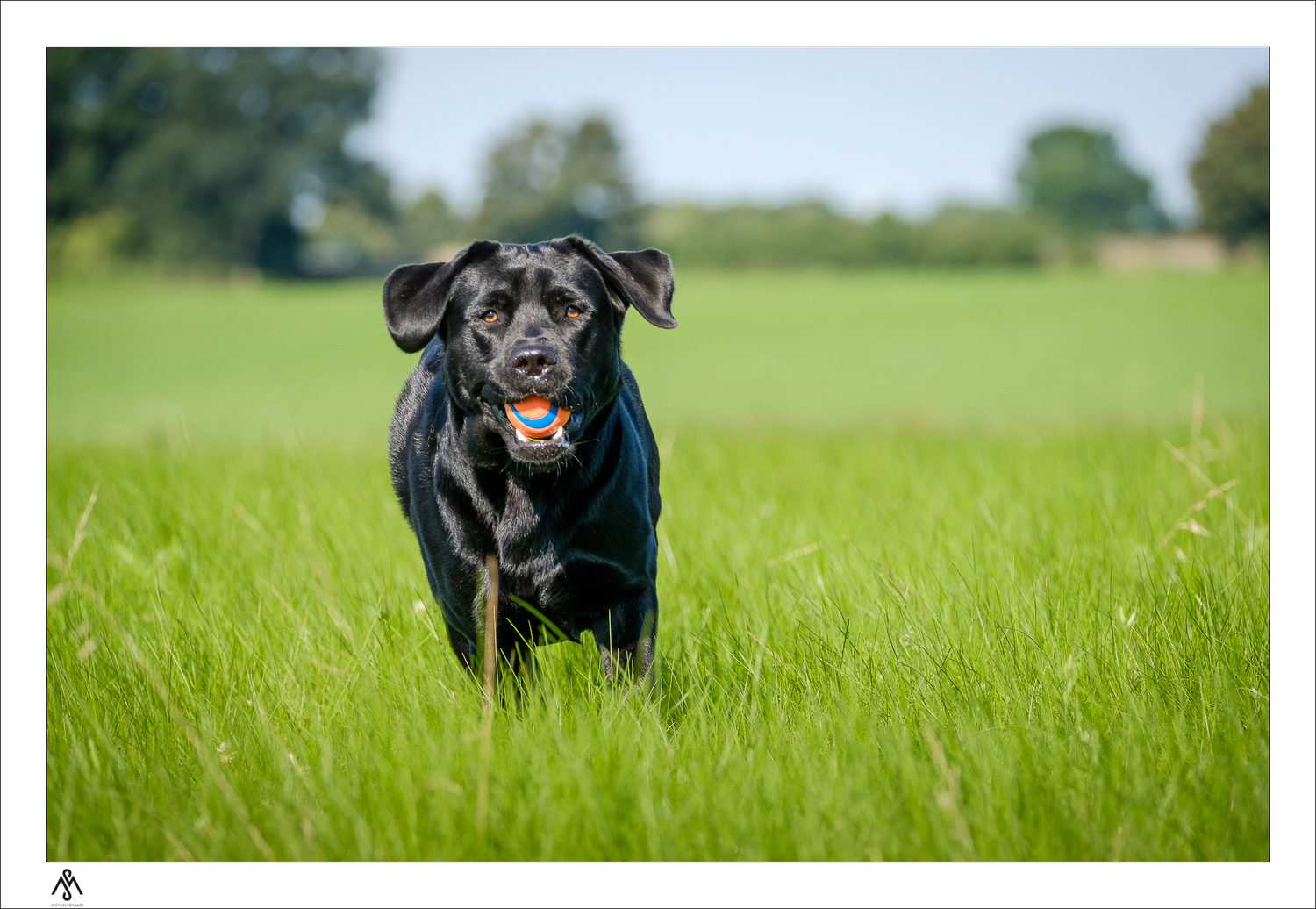 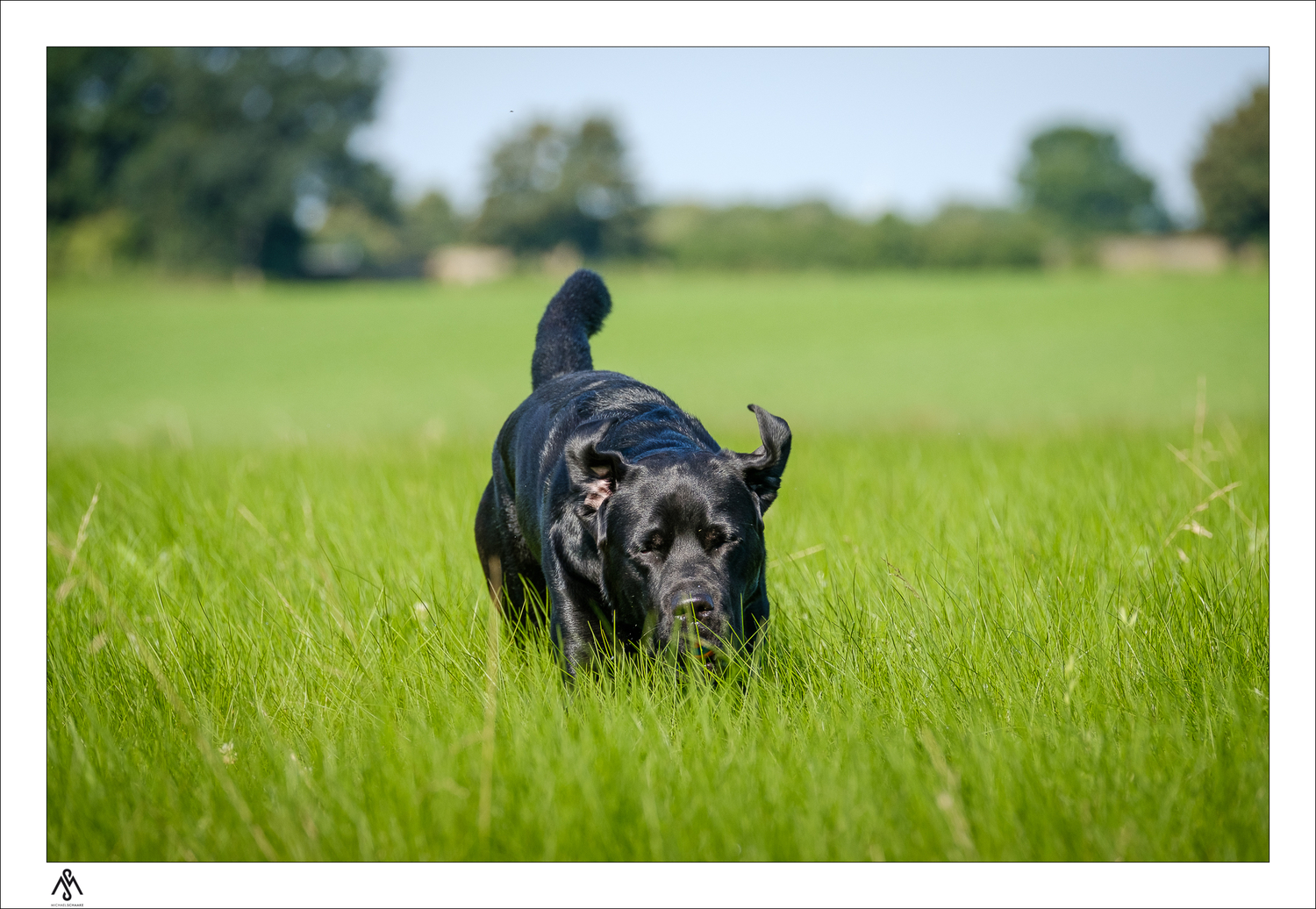 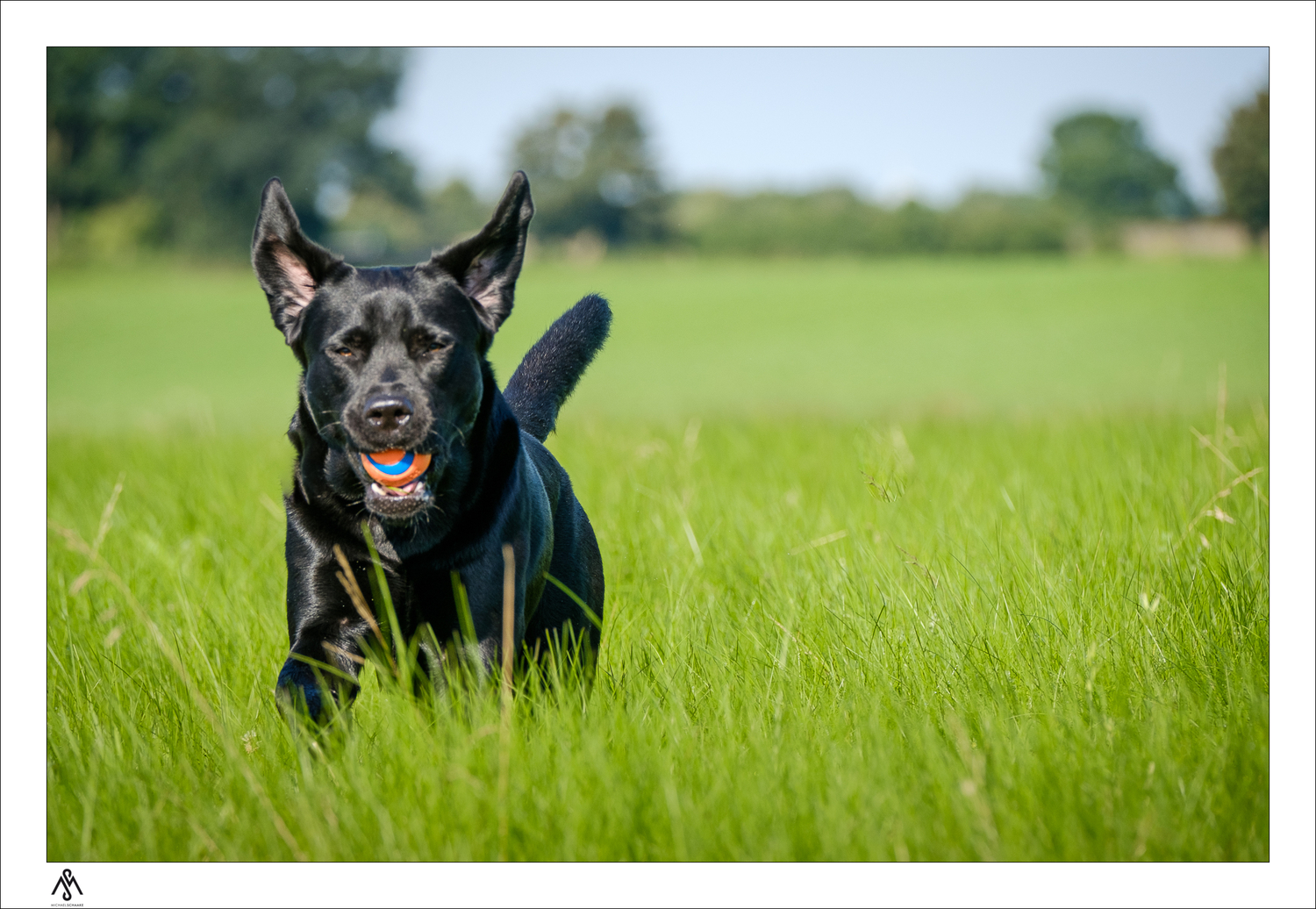 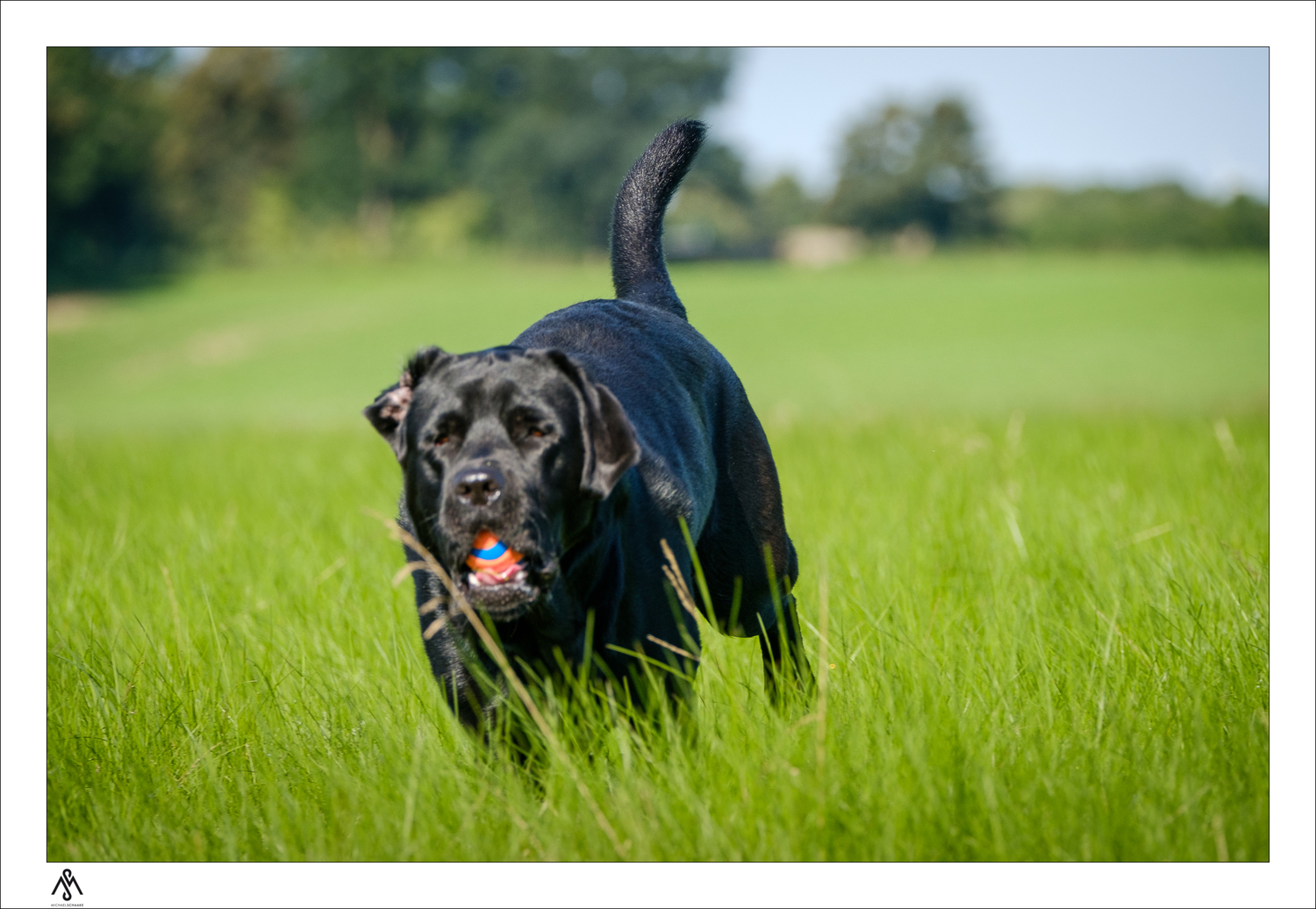 As you can see he was right.

With the third frame he lifts his back and the camera focuses instantly on that.

On top he then went a little to the left making it hard to track him and get the focus back on his face.

The high grass didn’t make things easier for the AF too.

I then changed the tracking settings to option 2 (ignore obstacles and continue to track subject). 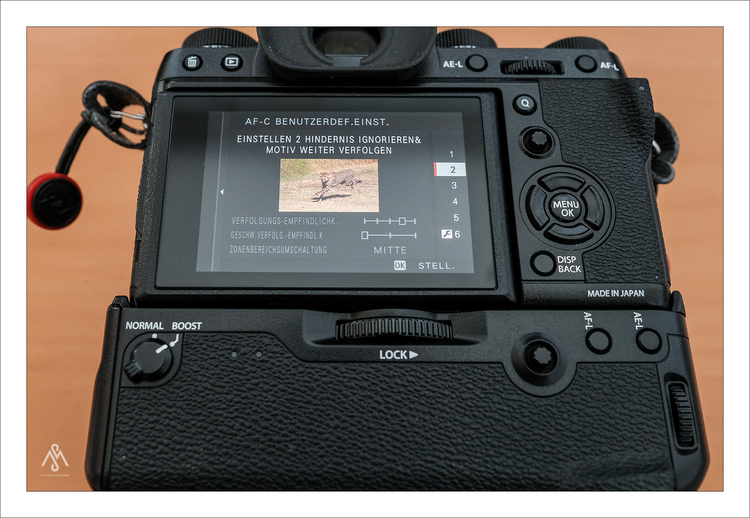 This should help the AF to stay on Floyds face.

The results got better – I am really impressed… and the firmware is still beta! 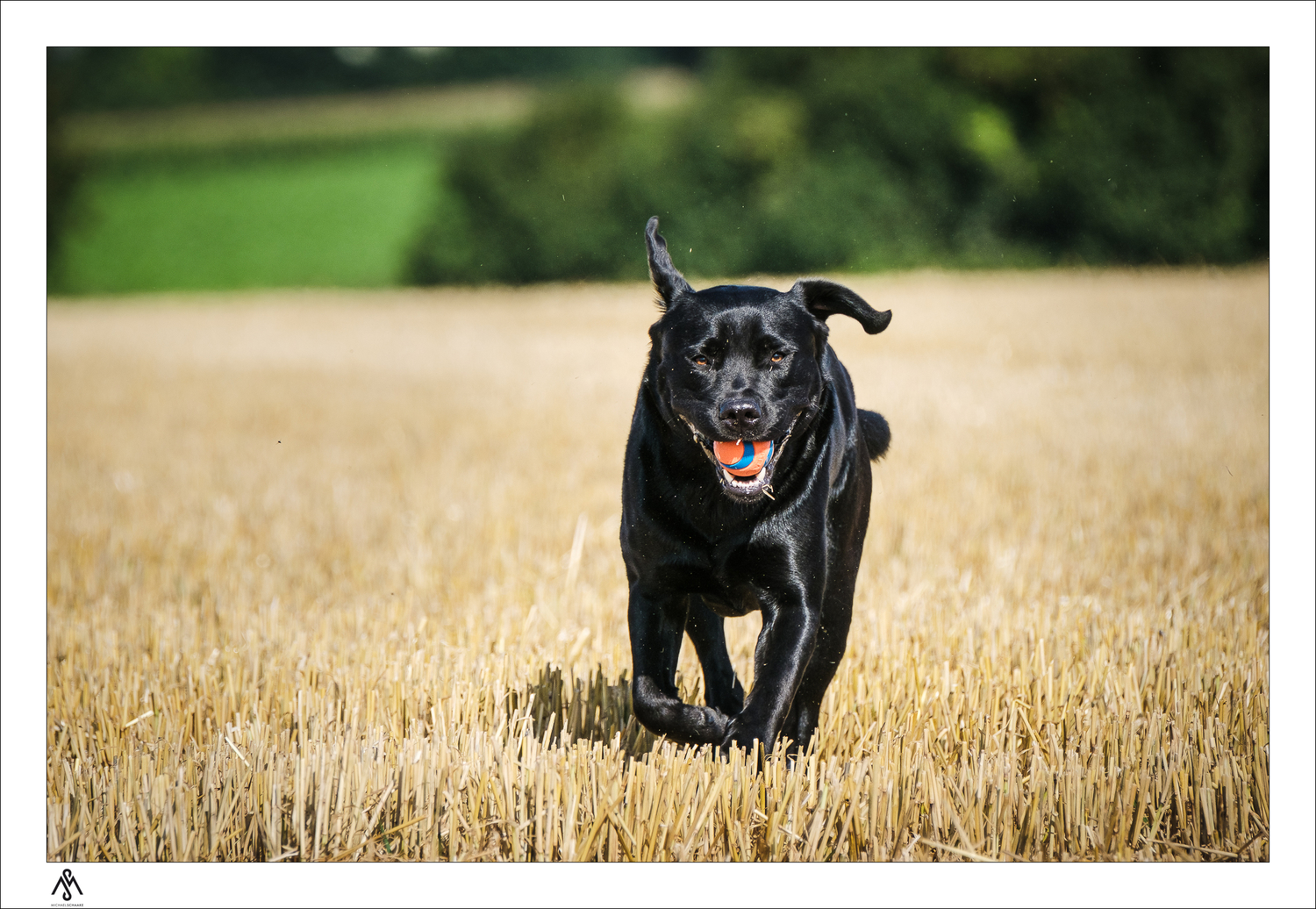 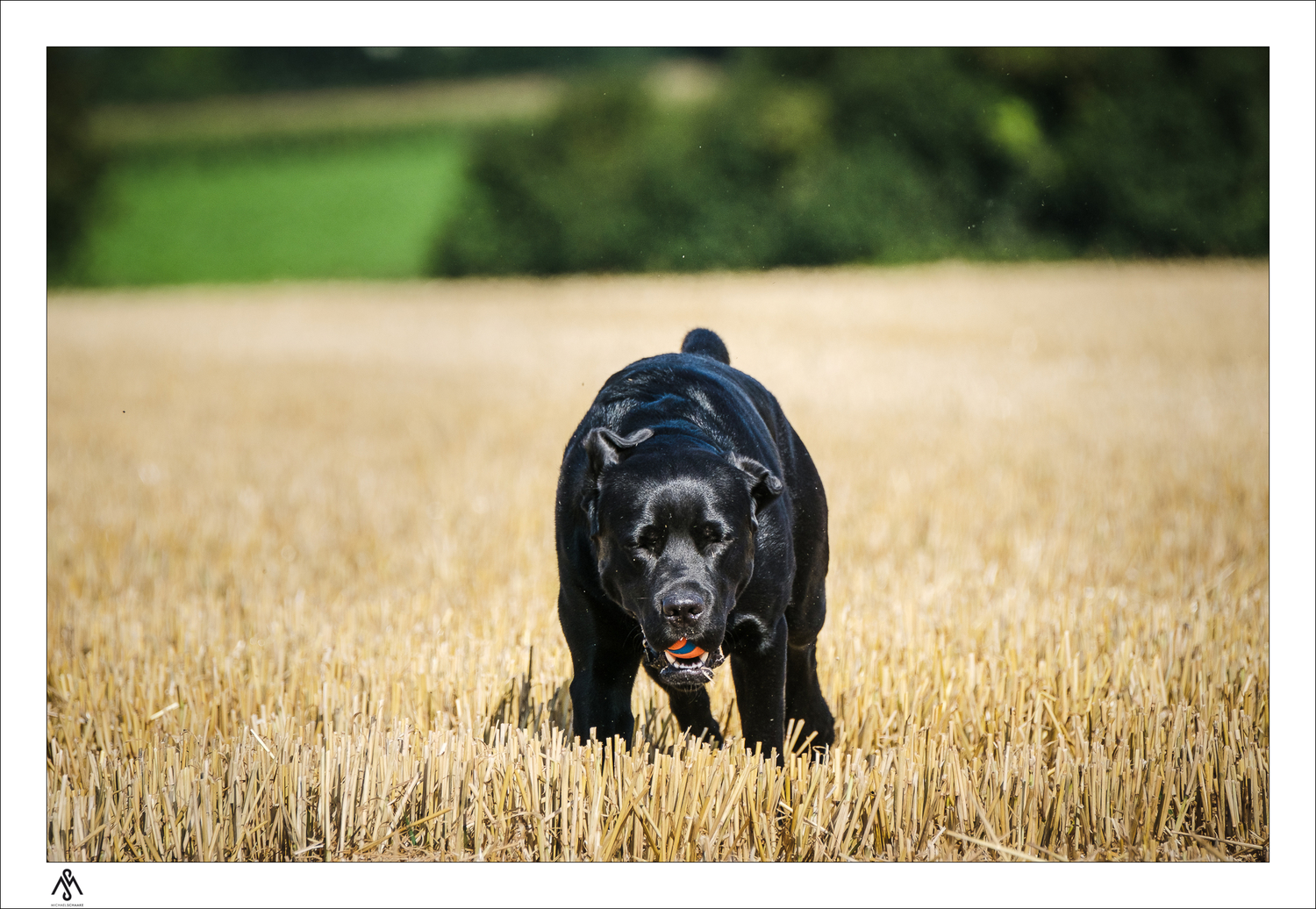 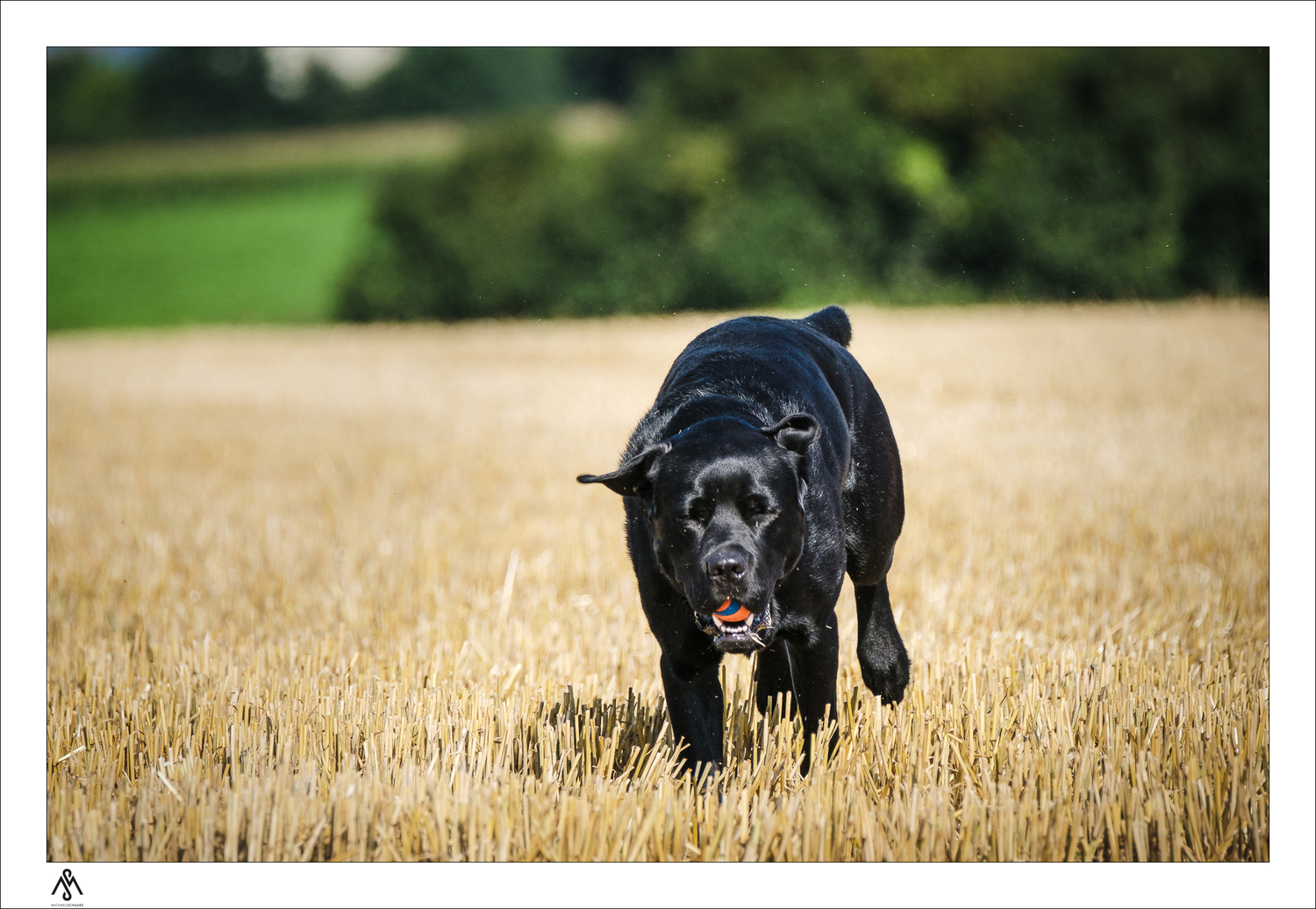 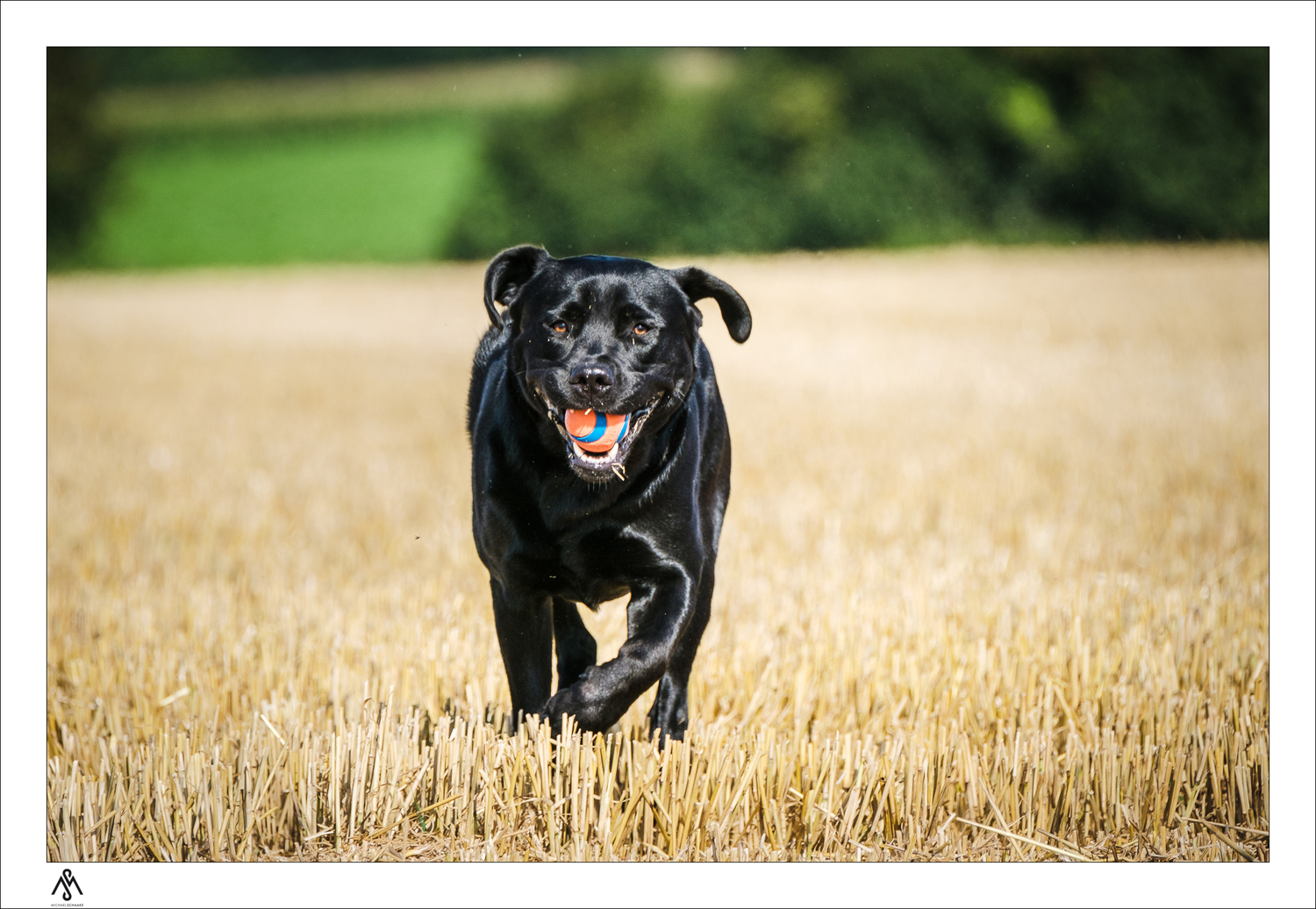 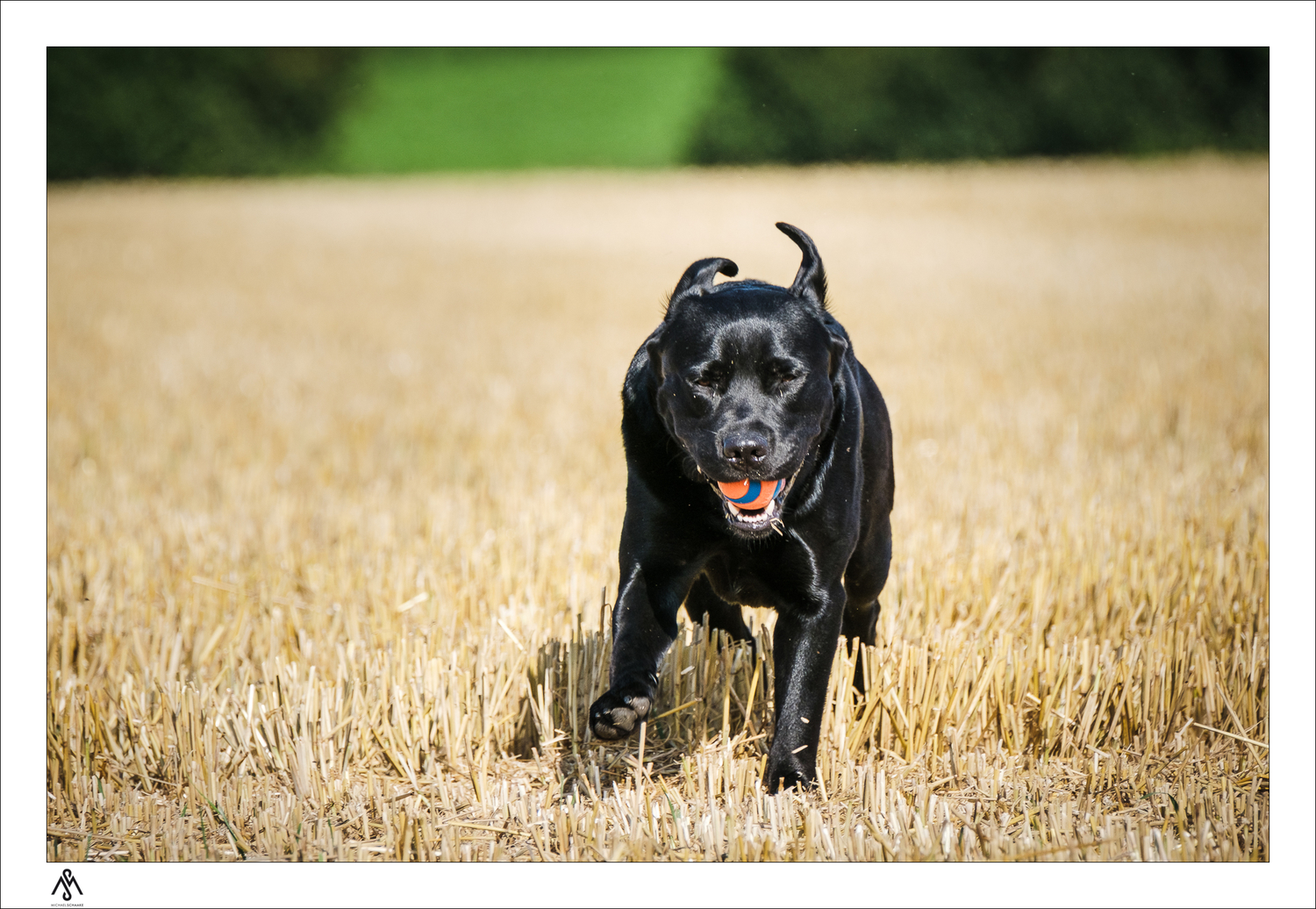 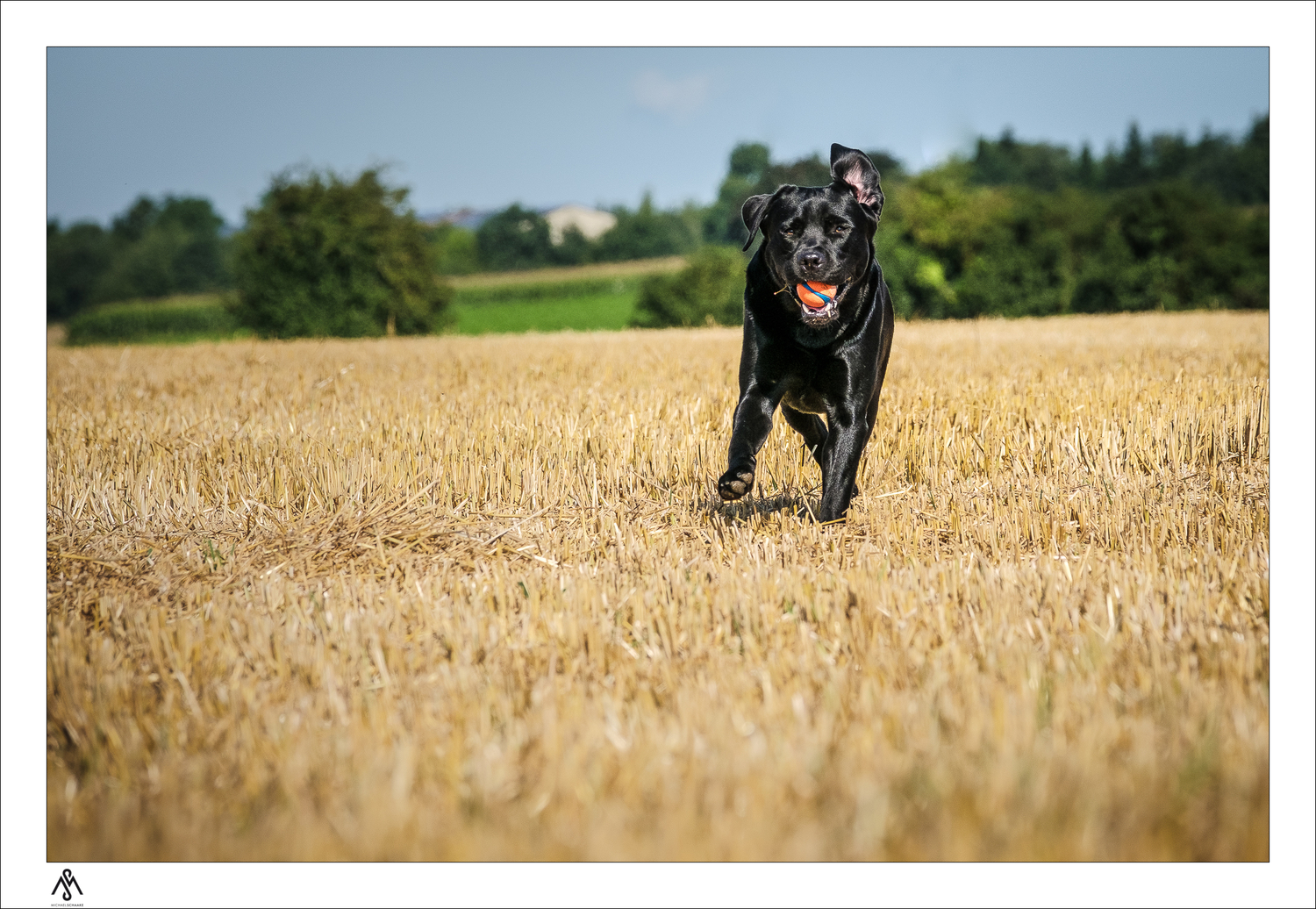 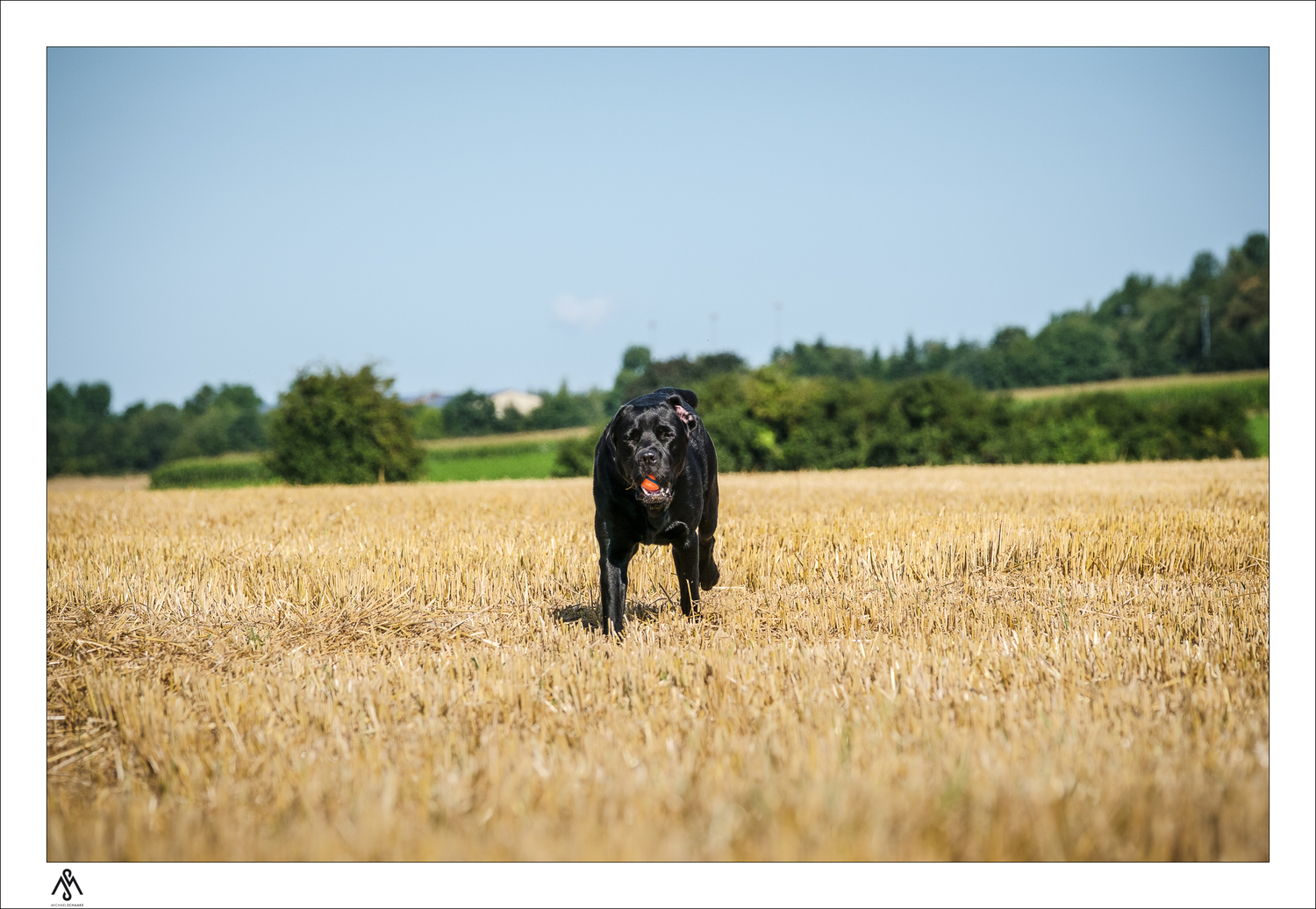 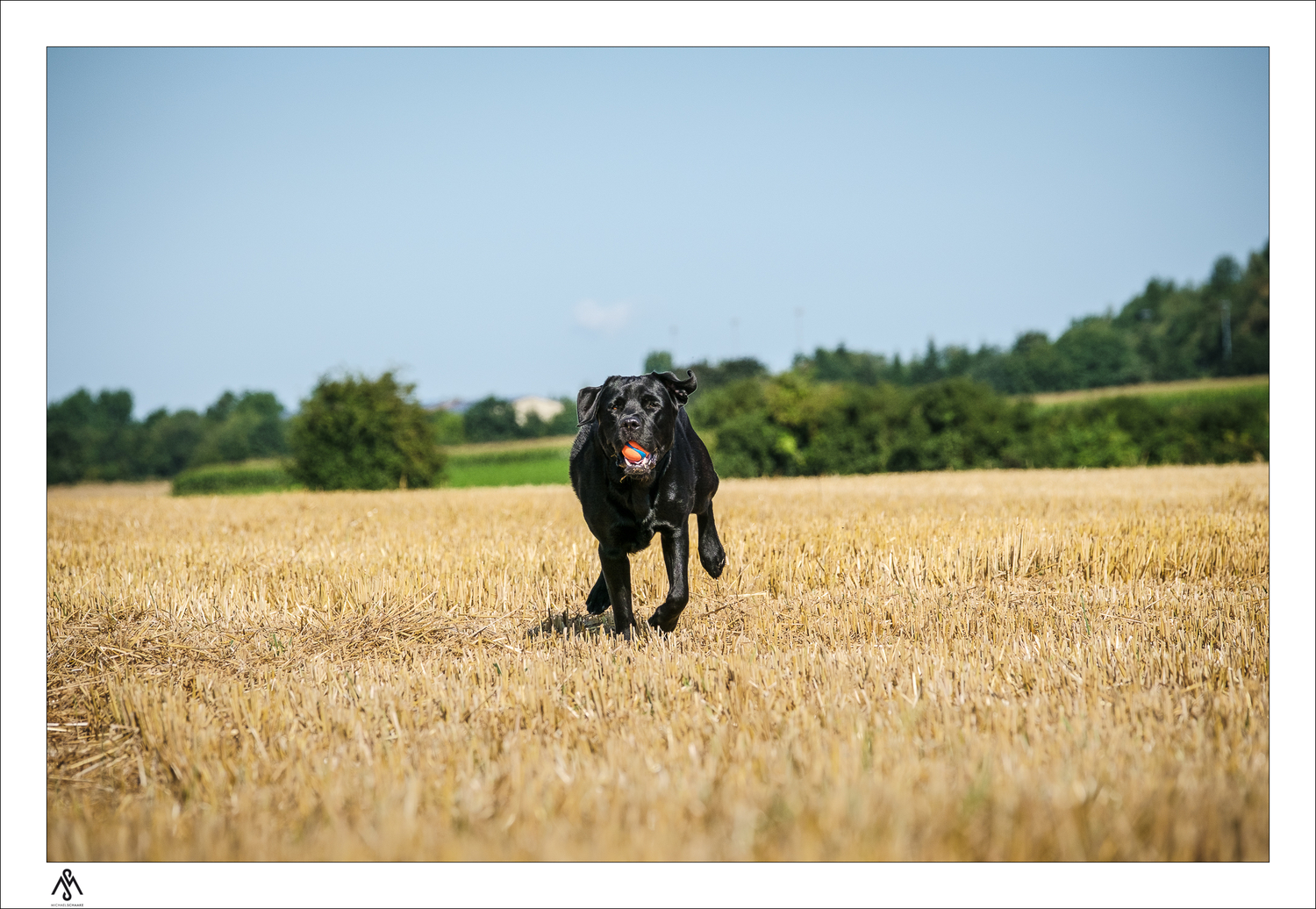 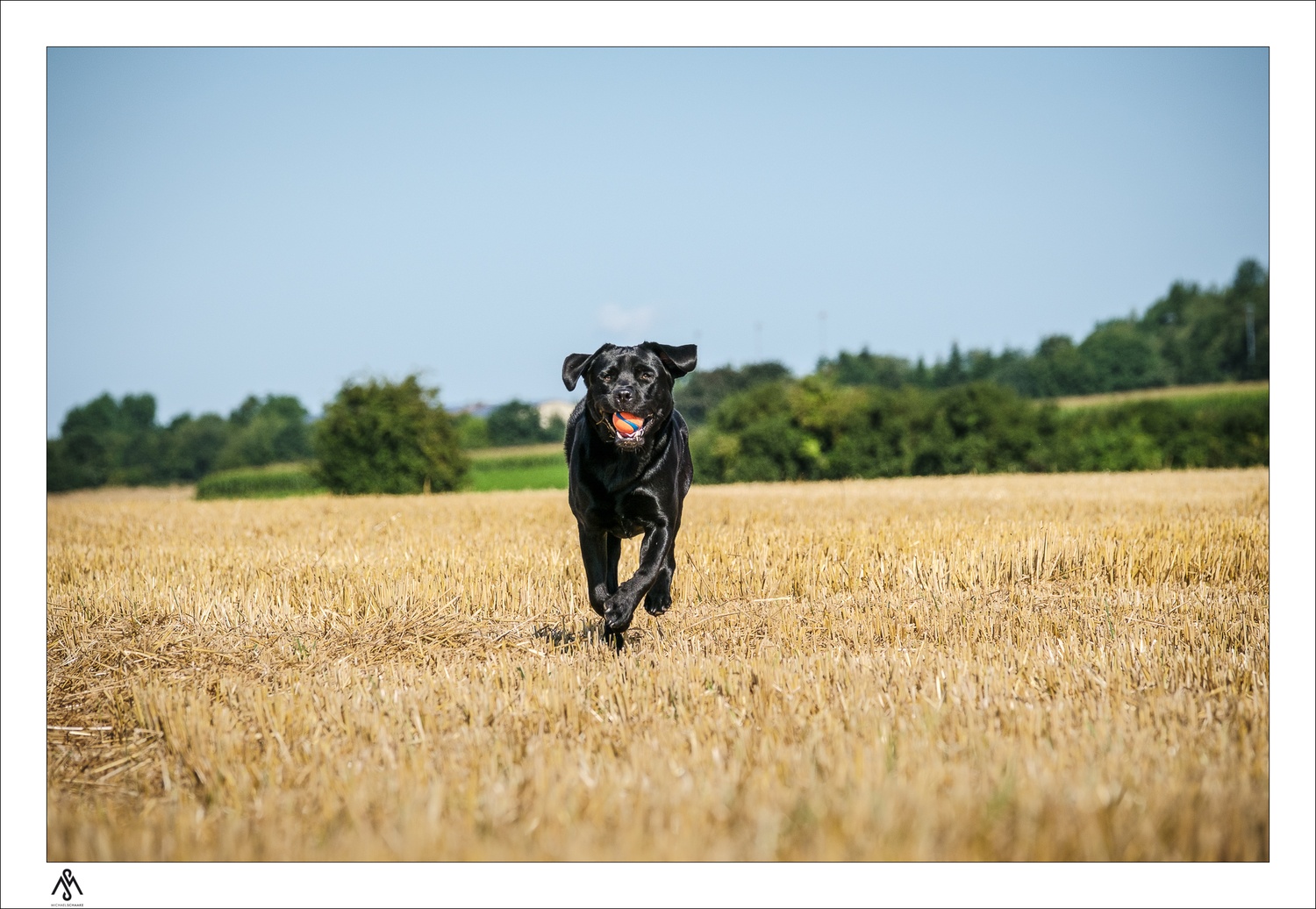 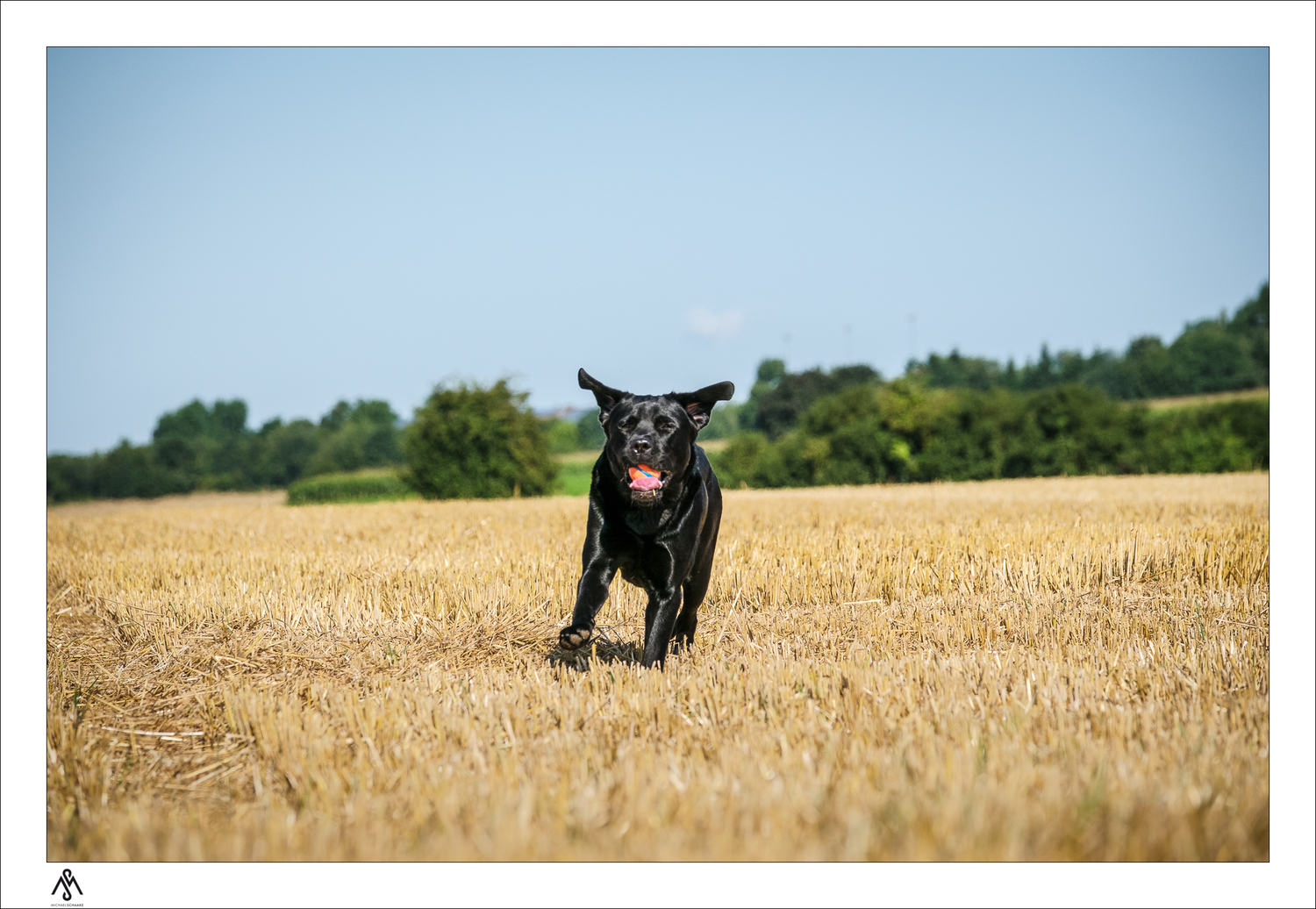 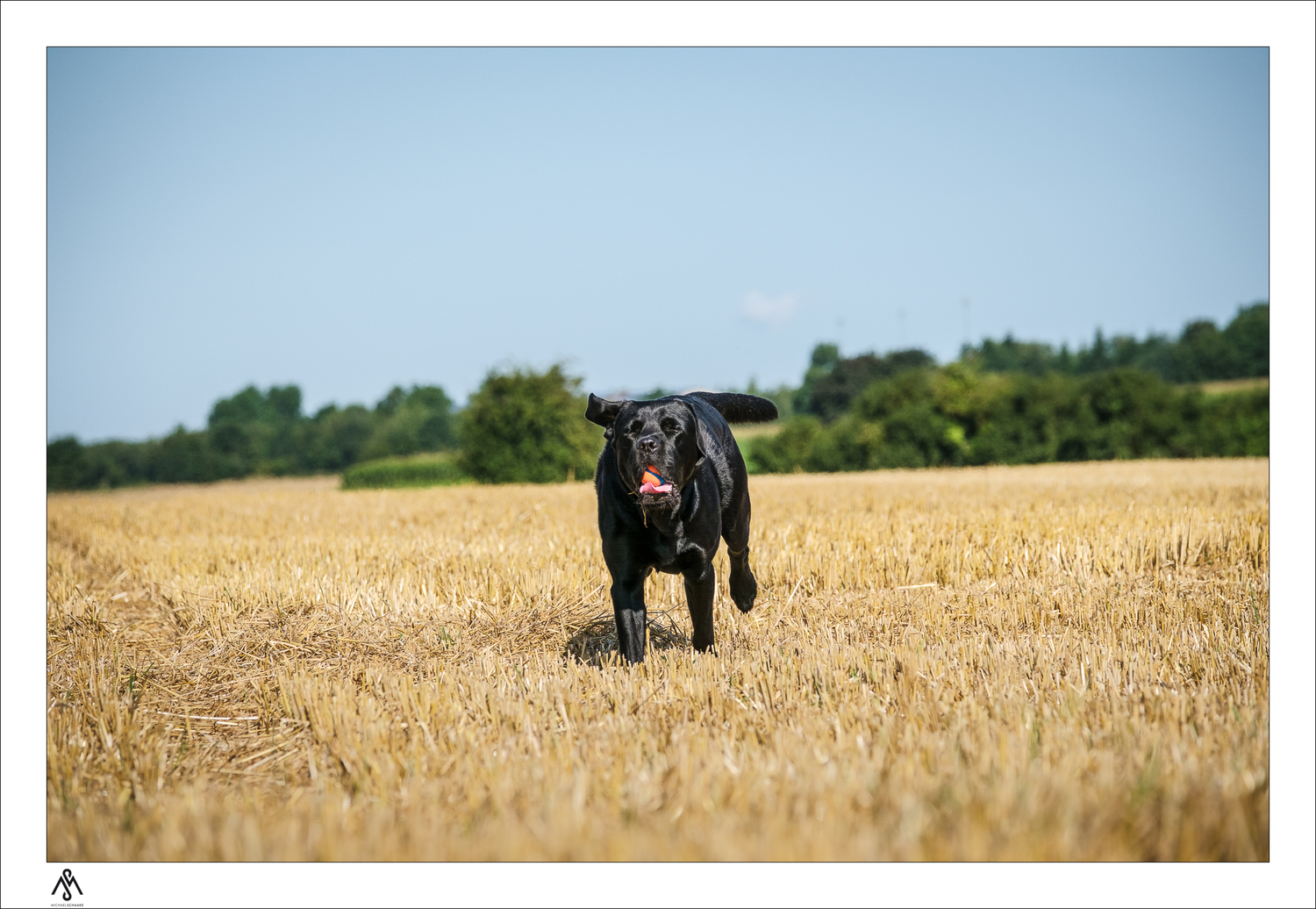 More tests with the final firmware will show how much influence all the parameters have when changing the tracking settings.

Now it was Jörg’s time… 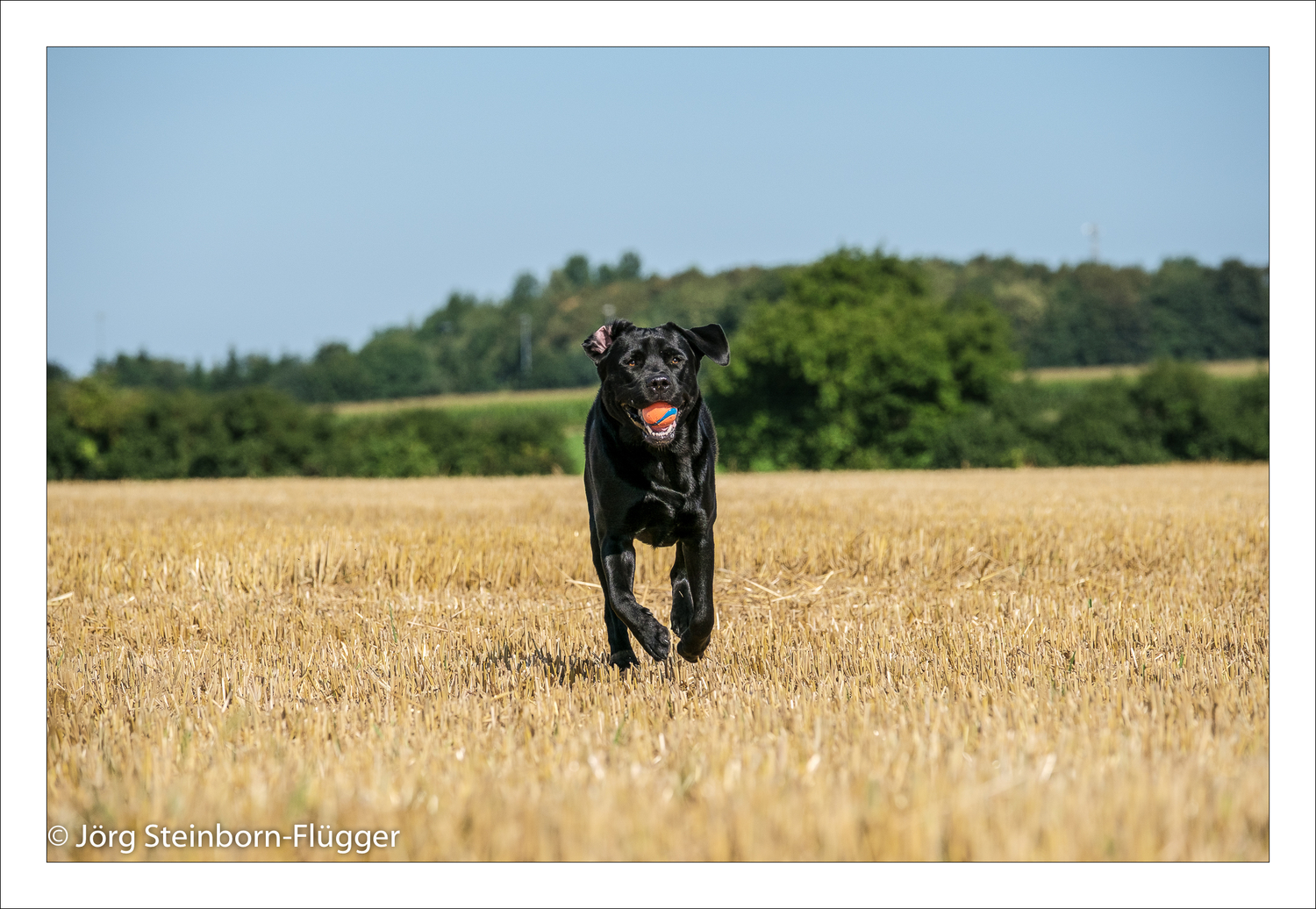 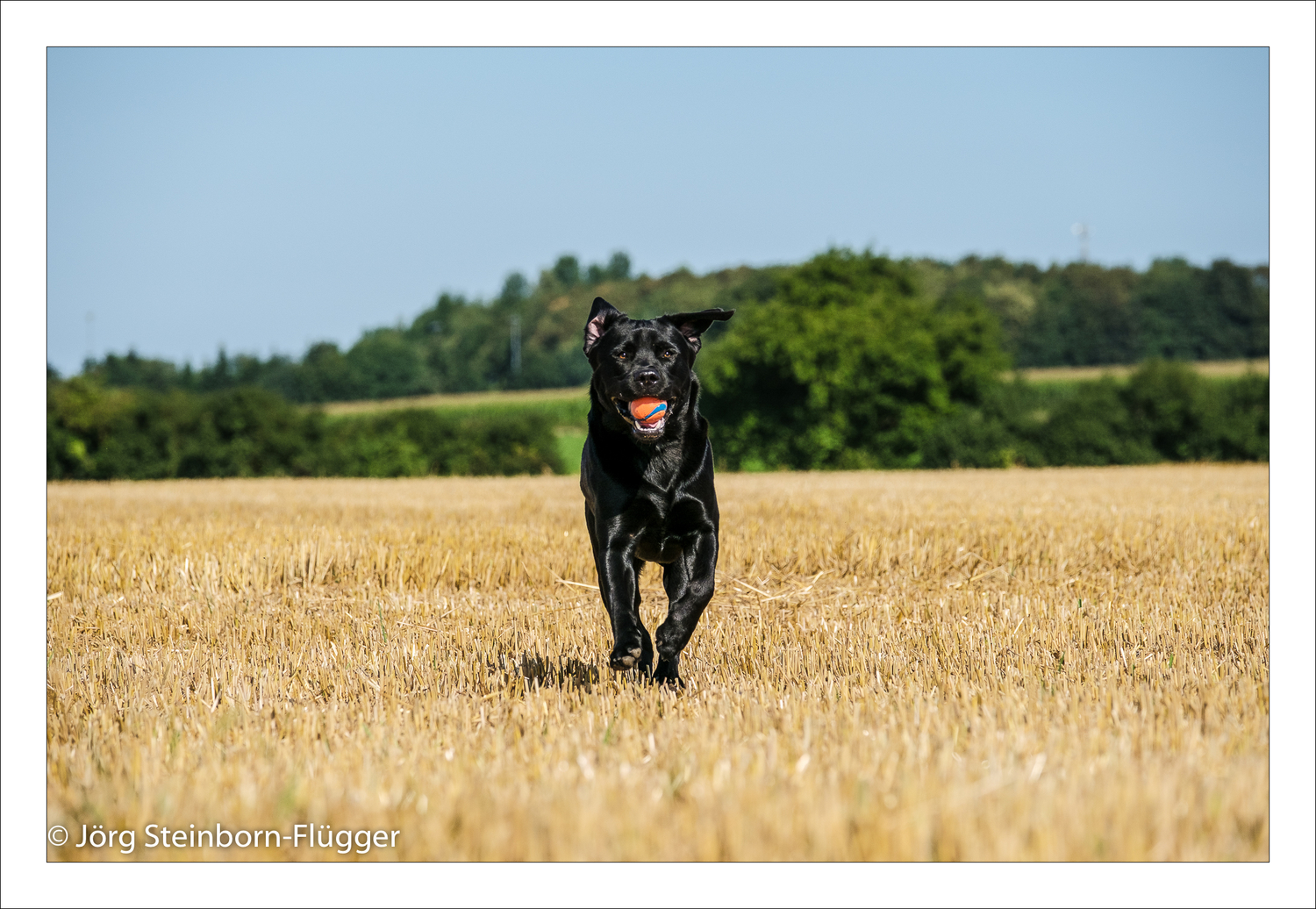 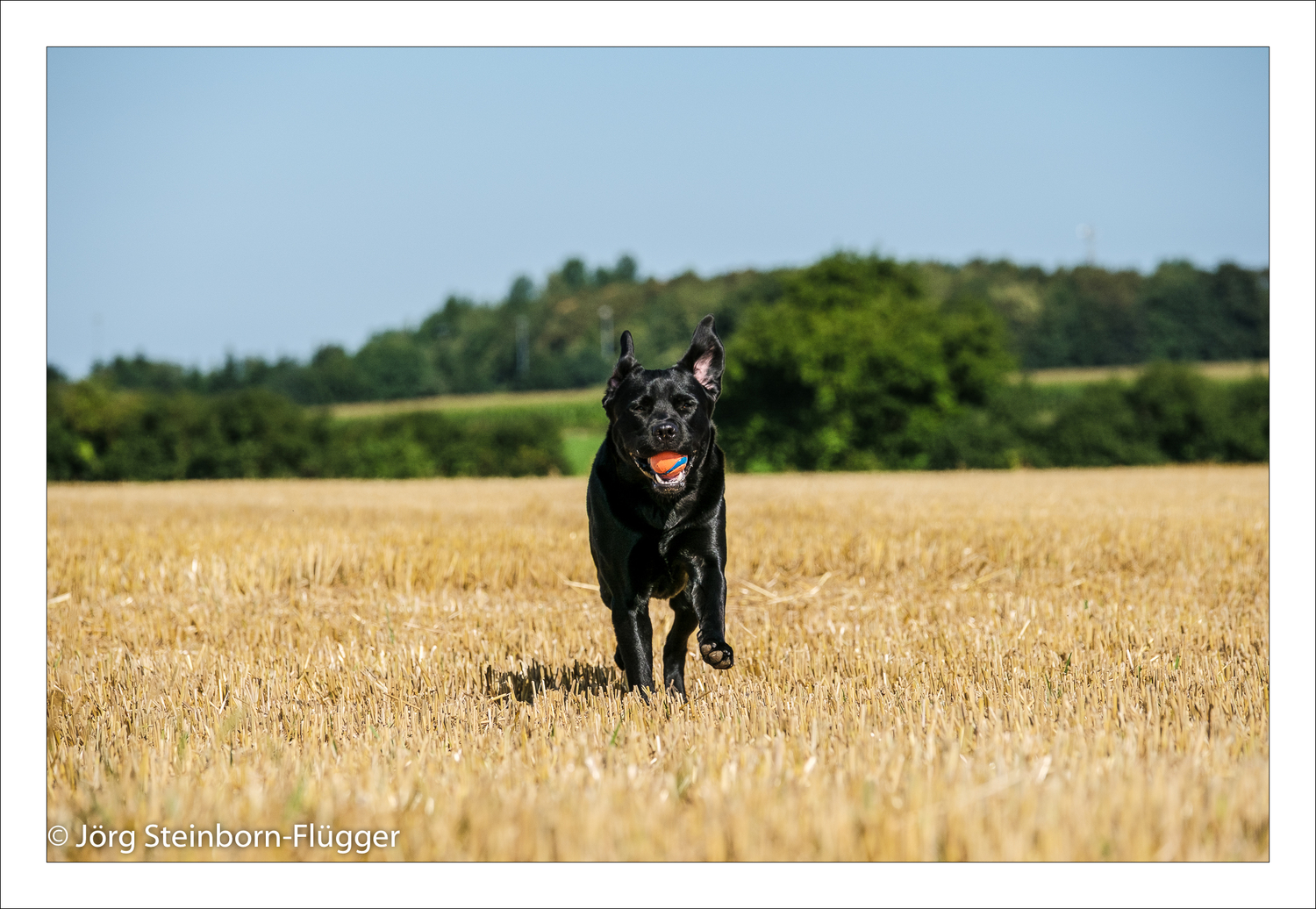 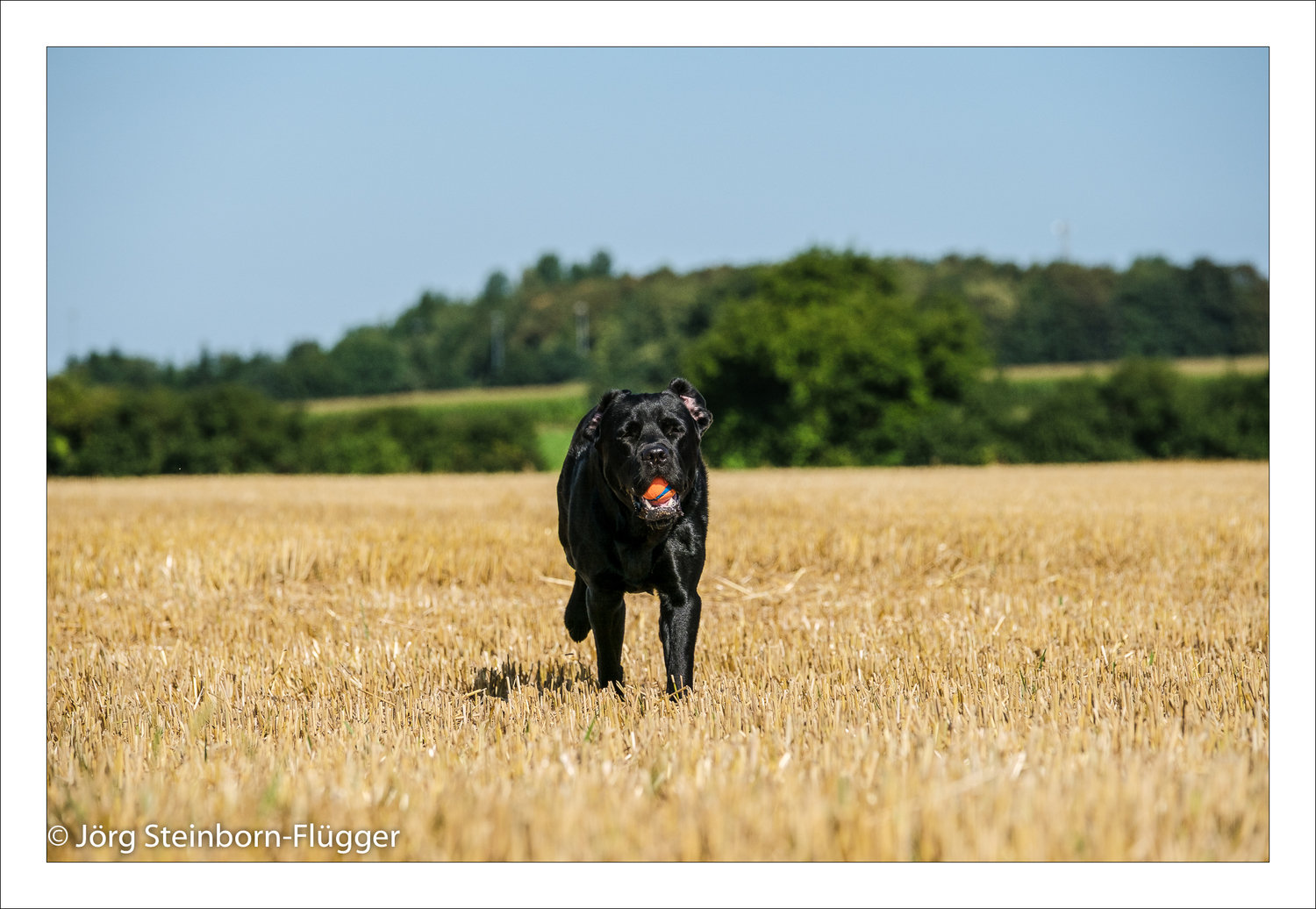 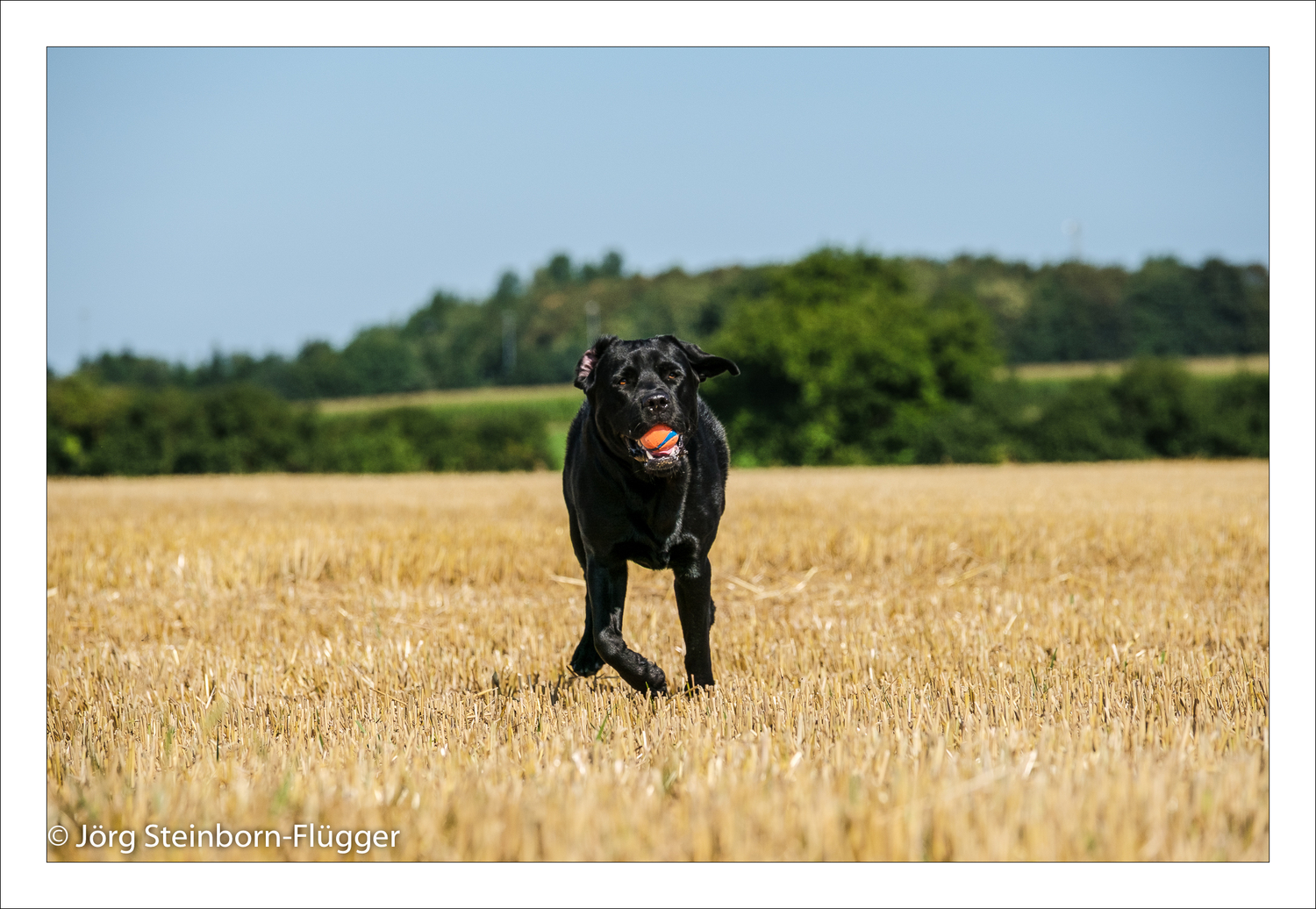 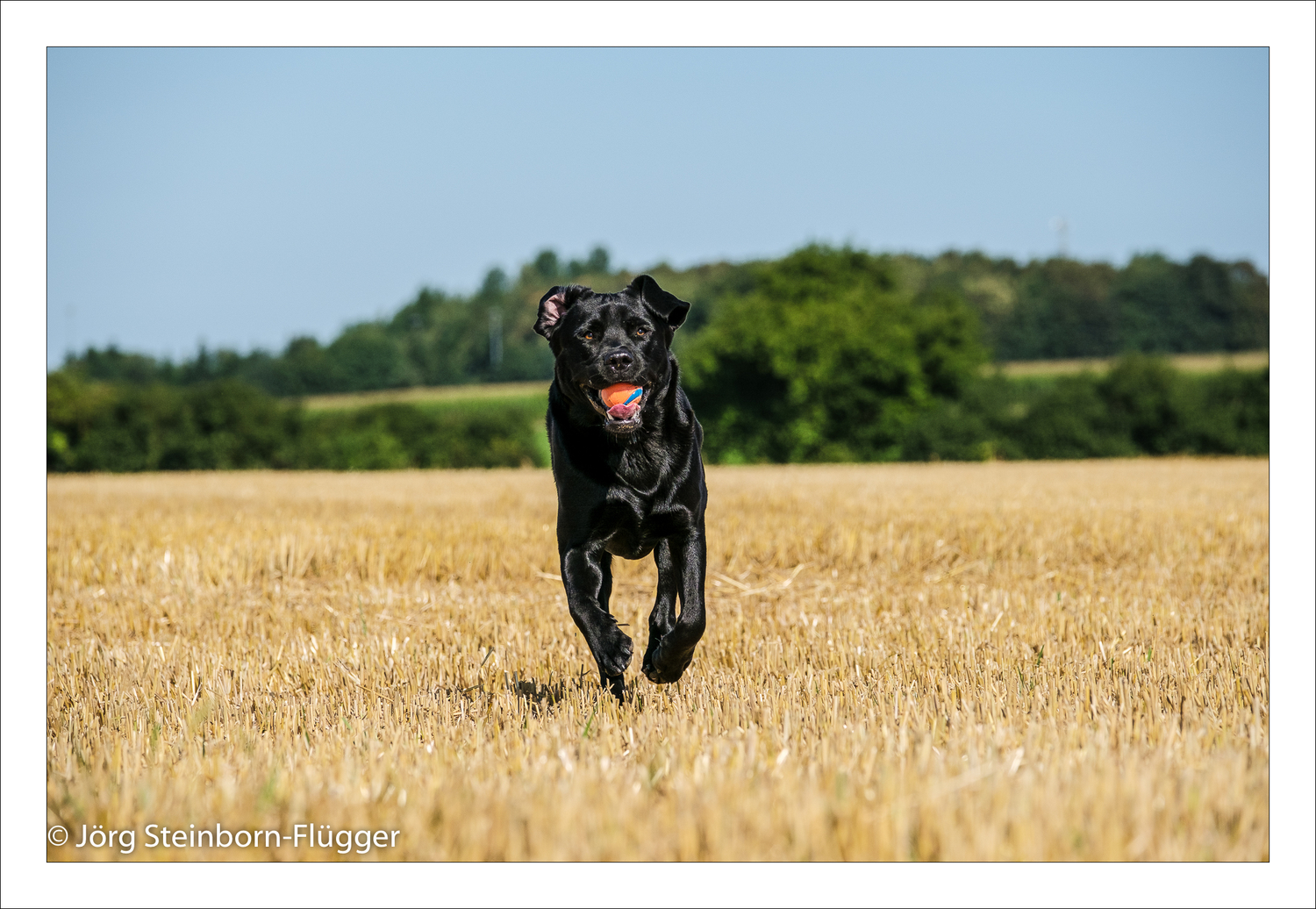 I really think for a first test the results are impressive. I got at least the same amount of keepers as last year with the D750.

Compared to the X-T1 the X-T2 is a big step (or even jump) forward.

We did not test the 18-135 in detail but it seems that it performs much better on the X-T2 than on the X-T1. Probably firmware updates for the lenses will bring more speed to some lenses too.

The new AF system is a big step forward. It might be some work to find the best settings for what your are photographing – but the results are worth it.

I really like the idea of AF-C presets (see all available presets here). This makes things very easy for casual use without going into detail what settings to use.

A big thank you to Jörg and Floyd!