It’s been little over a year since I made the switch from Nikon to Fuji, and on the eve of moving from the X-T1 to the X-T2 I thought it would be a good time to review what the system has been like long term used in a wide variety of situations.

I’ve already written various blog articles about the specific aspects of the X System that I like so this article is going to be more about what it’s been like using the system and the things that still stand out to me one year later.

The first thing to say is that over the last year I’ve taken more images and been inspired to take my camera out more times than any year since I first started photography, and that a large part of that is due to how much I enjoy using the Fuji X System. As I write this I’m island hopping around the Azores and it still amazes me how much I simply enjoy using these cameras and how much confidence I have that they’ll deliver, so why exactly is this?

Perhaps the greatest change, one I still notice and one that was instrumental in making me switch, is the size and weight. It’s been so liberating using a system that shaves around two and a half kilograms off my previous dSLR system and yet still gives me the same level of control and quality. In the past, particularly towards the end of a long trip, the thought of taking the camera kit out on a long hike was really demotivating, but with the Fuji system I honestly barely feel the weight. The smaller camera and lenses means I can also use a smaller, lighter tripod like the Gitzo Traveller Series 1, which I’ve been using for a year now and I’m really impressed by how stable it is, and smaller camera bags. It’s been particularly liberating to be able to use camera a waist pack to fit my entire landscape kit, along with food, water and an outdoor shell, which is basically everything I need for a day hike to shoot landscapes. Throughout the last year or so I’ve been doing some shooting in some difficult to reach locations both for my portfolio but also for a hiking book I’ve co-authored, and for all these shoots, some of which have been very long hikes with significant climbs, I’ve carried the X-T1 and two zoom lenses along with the rest of my kit in a Lowepro Inverse 100 waist pack which has been so light and comfortable I’ve barely known its there.

Aside from landscapes, an X-T1 or X-T10 with a couple of prime lenses makes a great street shooting system. Even when I just go out for a walk around my neighborhood I drop the camera in my bag in case anything catches my eye, something I would never have done with my old Nikon dSLR. For this kind of shooting I’ve also discovered the electronic shutter which is so silent that it allows for really discrete shooting.

So, apart from the small size and lightweight, what else do I love? Well, there’s the indefinable feel of the cameras, how tactile they are, that gives them such soul and appeal. It’s tricky to put into words but the controls of the X Series feel more mechanical than electrical which may be an illusion as they are very sophisticated pieces of electronics, but it’s an illusion that works. One year on I still enjoy using them and I don’t just mean that I enjoy photography, but I enjoy using the camera. There’s something about them that makes me want to go out and take pictures, which is probably why I’ve done so much more shooting since I switched. The X-T1 in particular feels really “right” in my hand and the controls all feel incredibly intuitive. The X-T10 is smaller and doesn’t really fit as well as the X-T1, but it does still feel really nice to use. When I first got it I only used it with the extra grip, which really does work to make it feel much easier to hold, but nowadays I tend to use the X-T10 as a walk around or street camera, and I like having it so small and light, so I no longer use the grip.

The controls on my X-T1 are great, but not quite perfect. I notice a tendency for the function wheel to move and I occasionally find I’m accidentally shooting in high speed or panorama mode, so the introduction of a locking button on the X-T2 is a welcome addition and a great example of Fuji listening to the photographers who use their cameras. Also, the introduction of a threaded shutting button that can take a cable release on the X-T2 will be welcome as I use a Really Right Stuff L bracket to attach the camera to a tripod, and the part at the side of the camera covers the door where the cable release connects on an X-T1 which prohibits me from using the L bracket and the cable release together if I want to use the camera in portrait position. As I do quite a lot of long exposures in portrait position, this is quite limiting and means I can only use the base plate of the L bracket and not the side part, and portrait format images have to be done by tipping the ballhead to the side.

Also, while I’m listing the very few “faults” that I’ve noticed, both of the doors on the side of the camera tend to come open when I reach into my camera bag to pull it out. Again, it seems Fuji have fixed this on the X-T2 with the addition of a locking button.

One of features that I quickly found invaluable and now couldn’t live without is the articulating screen. When I’m shooting wide angle landscapes I really like getting the camera low to the ground. The articulating screen completely saves me from having to get down on my hands and knees to look through a viewfinder, and when the camera is above water it makes it much easier to compose without getting wet. It also allows me to keep an eye on what the waves are doing when shooting close to the edge of the ocean.

Battery life was an issue that concerned me before I switched but as far as shooting travel and landscapes go it’s never been a problem, even when doing time lapses with long exposures for star trails. A fully charged battery has alway lasted me a full day’s shooting, and as I carry two spares I’ve never ever worried about it. I do wish that the battery level indicator was a more accurate, as it tends to show three bars full charge for ages, then when it gets to two bars it very quickly goes to red and runs out of power.

In terms of toughness, my X-T1 has taken some abuse over the last year, from the humidity of Indonesia and the Azores, to the big waves of the Atlantic on the Portuguese coast. It’s been rained on and splashed by waves and waterfalls, dealt with dust at Mount Bromo in Java and been dropped in muddy fields more than once, and not one of these has had any effect on how well it operates. It still looks pretty good too. I see my XT1 as just as much of a workhorse as I did my D800 and don’t ever really worry about it not been tough enough.

The lenses I’ve used have all been excellent. The 10-24mm is a great landscape lens and despite not technically being weather sealed, it’s survived everything that my X-T1 has. One problem with it is the white lettering on the front of the lens reflects off the bask of any filters I use causing them to appear in shot, but this was easily solved by putting black masking tape across all the lettering. The 55-200mm is probably my second most used lens and I’m still amazed at how sharp it is. I’ve been able to shoot some really sharp landscape images even handheld. I chose it over the 50-140mm because it’s smaller and lighter, and while it’s never going to as a portrait lens, for landscapes and abstracts it’s a stellar lens

So I love using the cameras and lenses but what about image quality. Well, I’ve written extensively about this before on my blog, but I don’t mind repeating that I’ve never missed the loss of resolution after selling my D800. The images from the X System look great and over the last year I’ve had them published in various international magazines, in the hiking book, as well as printed at A2 size for the official Fuji calendar. I’m really satisfied with them, from the sharpness to the dynamic range and high ISO quality. The famous “Fuji colour” is superb, and it amazes me how much colour I can pull out of the RAW files and how much information I can get out of the shadows. As for processing, I just use Lightroom CC as my RAW converter and Photoshop for editing. I’m aware of all the comments and issues people have with converting Fuji RAF files but for me it’s honestly never been a problem worth worrying about. I do notice some blurring of green leaves when they are very small, but it’s not something that in my opinion affects the image in general. Besides. from what I’ve seen of the RAW files from the X-Pro 2 and X-T2 this issue seems to have been removed in the new 24mp sensor.

So for me, one year in with Fuji and no regrets. I really love the system and during the year I’ve been using it I’ve also become an X Photographer and an ambassador for Fuji. In that time the people at Fuji have shown that the company is genuinely interested in the people who use their cameras and are incredibly approachable. I’ll be getting my hands on an X-T2 really soon and I’m keen to see how the camera has evolved, but right now the X System has revived my love for photography and is still a joy to use. 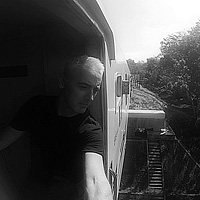 A fabulous gift that shook my world

Posted on November 3, 2020November 2, 2020by Ivan Mervillie
November 2015. I had been working as a professional photographer for almost 25 years. Due to my busy schedule, and since I switched to digital photography in 2001 with the Nikon D…
END_OF_DOCUMENT_TOKEN_TO_BE_REPLACED
Categories INSPIRATION

Posted on November 11, 2020November 11, 2020by Jakub Gráf
Hello everybody, let me introduce myself. My name is Jakub Gráf, but you may find me as @zahorizont and @grafworks_leathergoods on Instagram. My main focus is portrait photography…
END_OF_DOCUMENT_TOKEN_TO_BE_REPLACED
Categories INSPIRATION

Posted on October 21, 2020October 20, 2020by Levingston Lewis
“I’m a Nikon guy,” I thought as I browsed through the list of Fujifilm X-T4s. “However, they do look really cool and geez, look at those video capabilities! Maybe it’s finally tim…
END_OF_DOCUMENT_TOKEN_TO_BE_REPLACED
Categories INSPIRATION

Posted on November 19, 2020November 17, 2020by Corrado Fulvi
There are places in the world whose origins are intertwined with stories and legends with a golden thread. Prague, with its smoky atmosphere, the baroque churches that stand sever…
END_OF_DOCUMENT_TOKEN_TO_BE_REPLACED