SJJ 016 – Postcards from a Present in Progress

I left for Sarajevo with the reports of a couple of friends and Giovanna Volpi’s essay Sarajevo Maybe, 1994 in my pocket. In the bag, I also had a couple of cameras: a FujiFilm X30 and a small Ricoh GX100. The program included a photo exhibition entitled ko.existence. 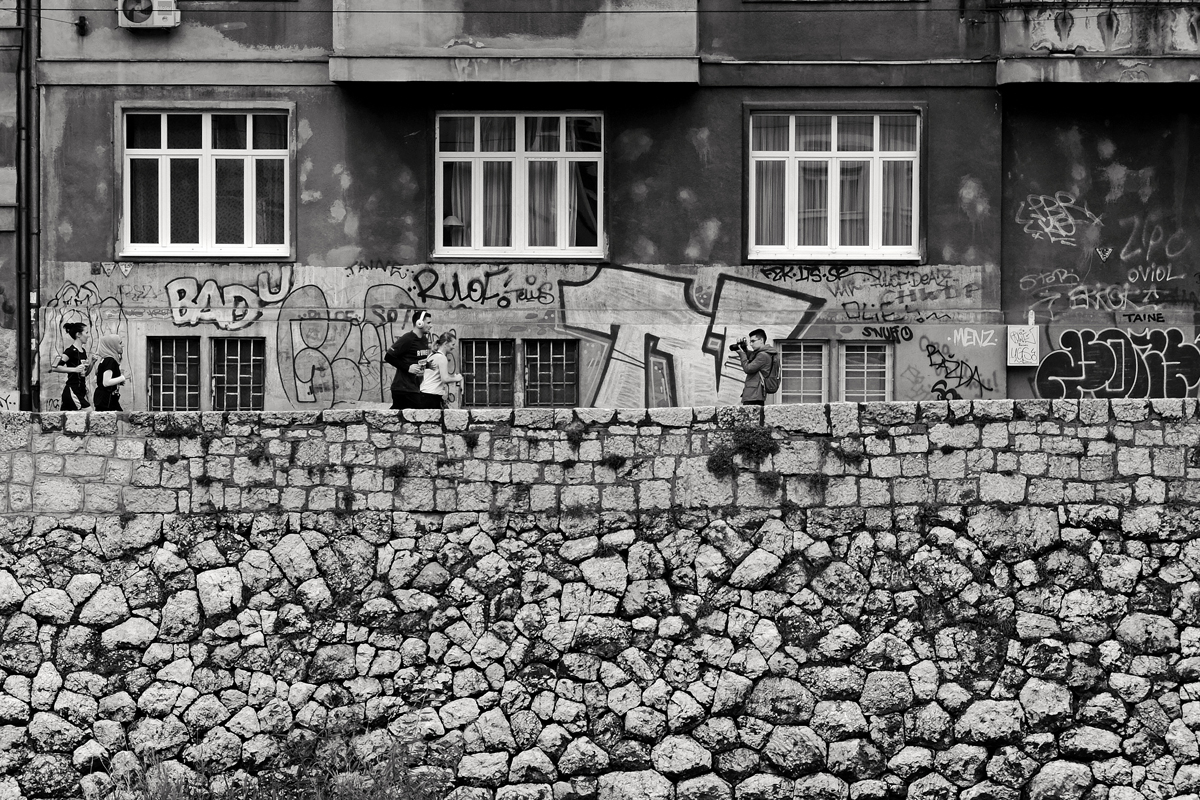 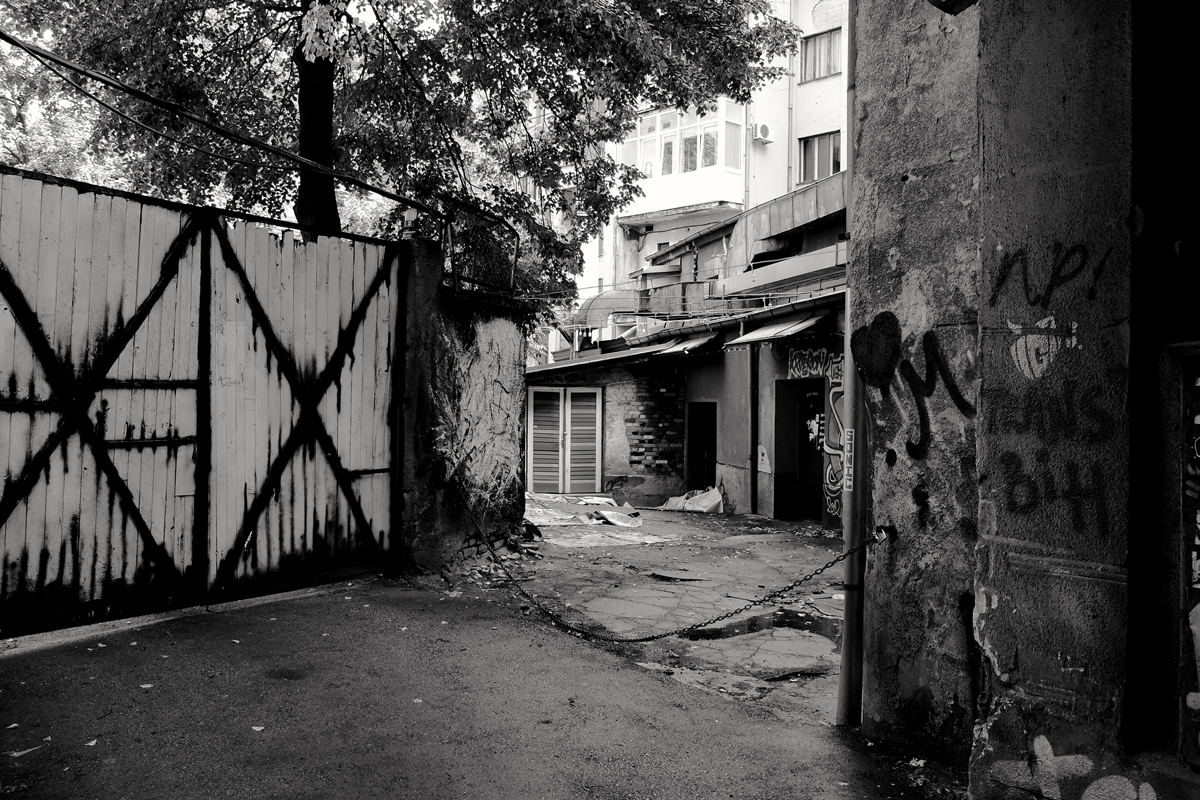 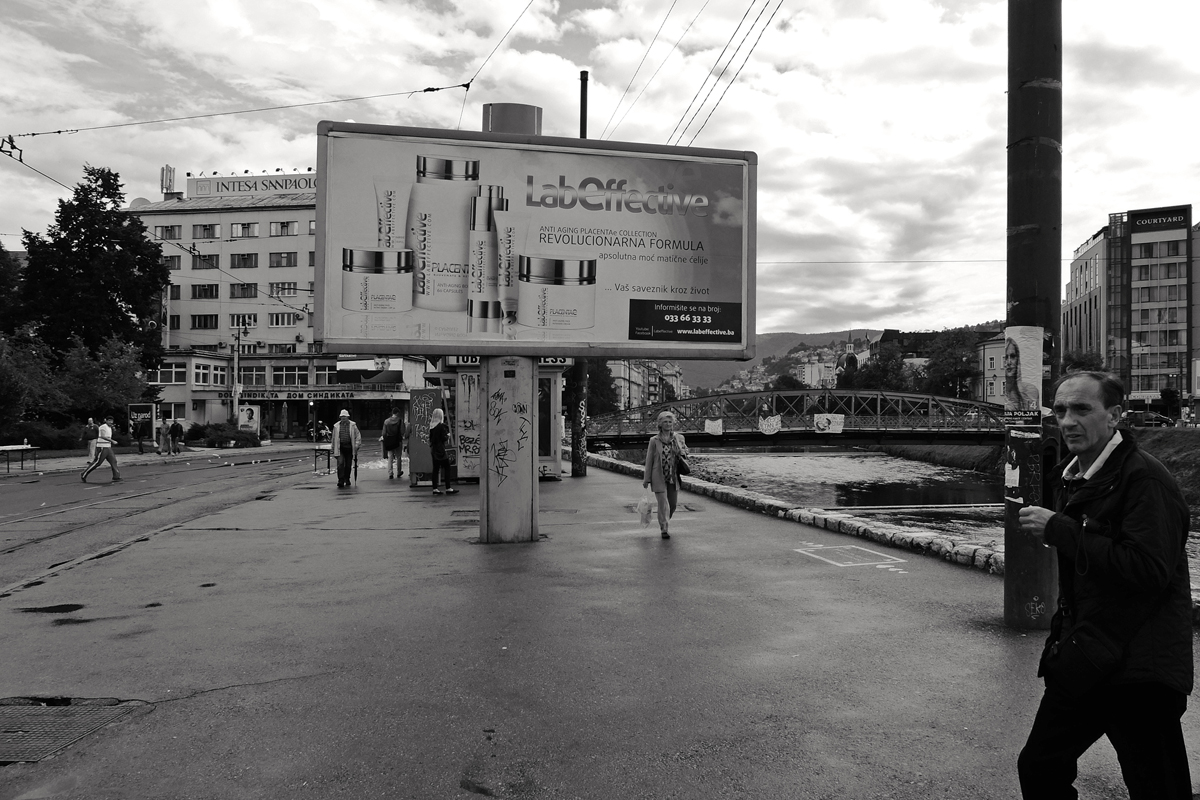 Those few notions I lost once in town. There, other friends – professor Tatjana Sekulić and photographer Jim Marshall, my partner in the ko.existence exhibition organized by the Universities of Milan Bicocca, Sarajevo and East Sarajevo with the patronage of the Italian Embassy in Sarajevo – pinned on my notebook some names of places and sketches from the past. 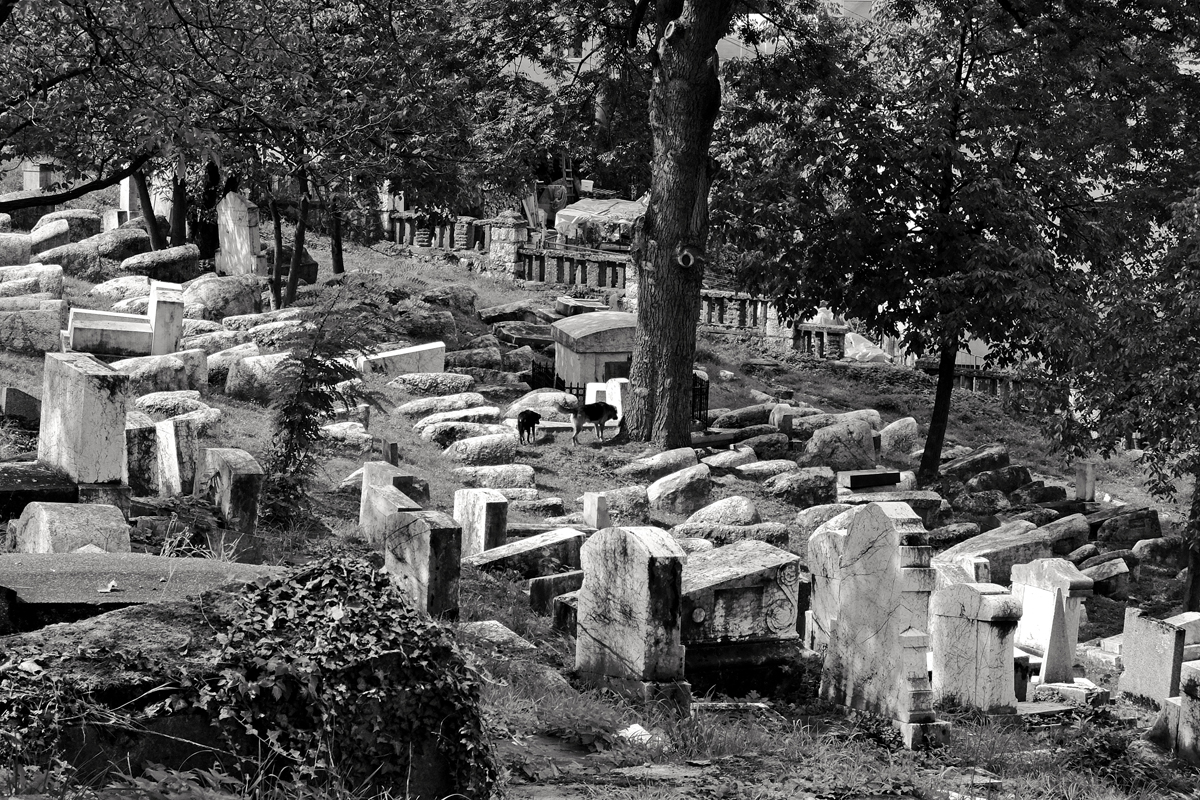 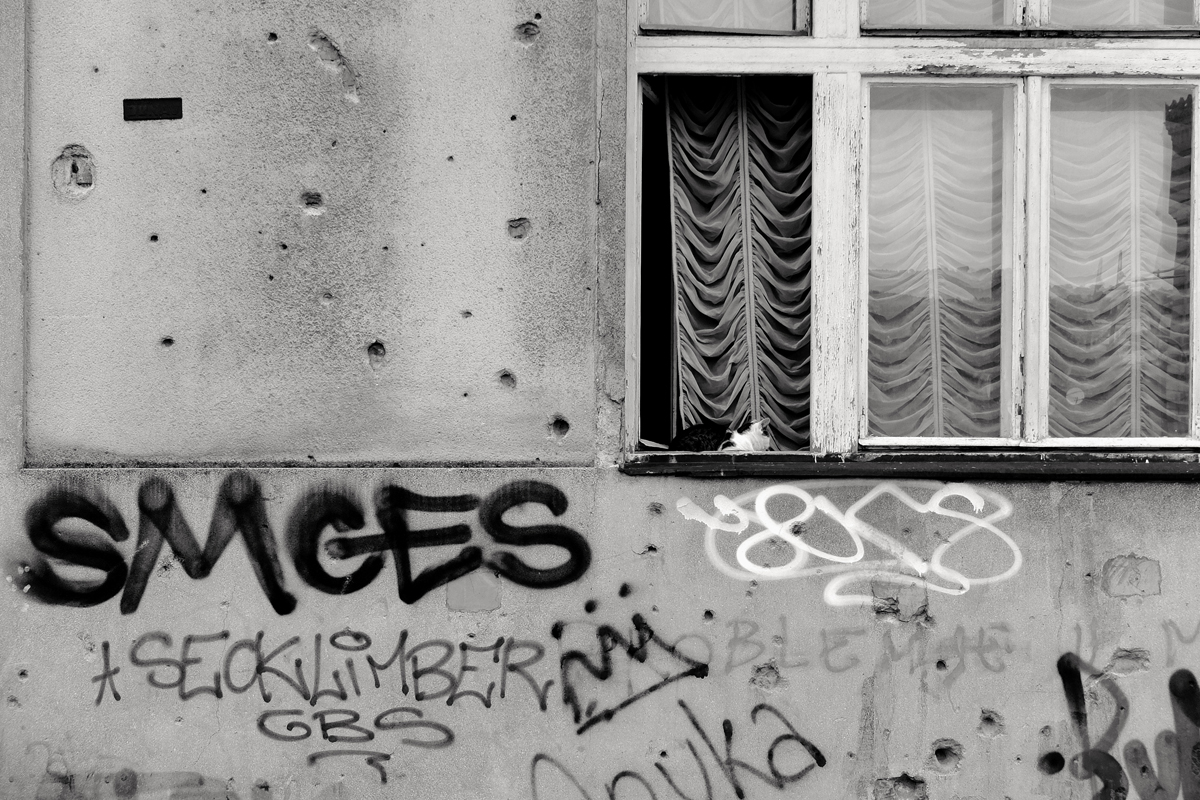 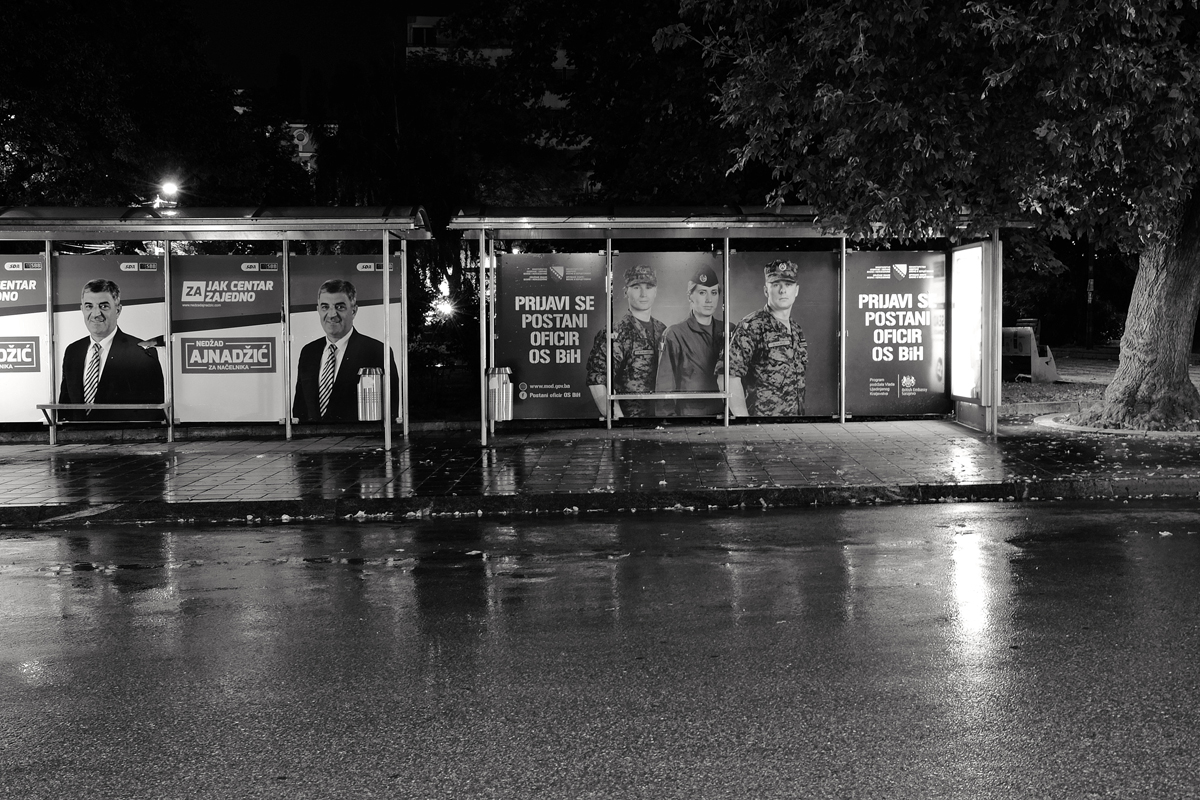 But I was living the present.

And this Present was full of new inputs: it was almost unable to contain its stories. The Baščaršija, the Ottoman market district; the Faculty of Political Science; a Sunday marathon; the alleys, a covered shelter during the long siege (1992-1995) away from the shots of the snipers; the numerous and silent cemeteries that embrace the city from the hills. Every aspect of Sarajevo told me stories of a present in progress. Everyday life survived the war and committed to stopping the resurgence of nationalisms and waves of fundamentalisms. 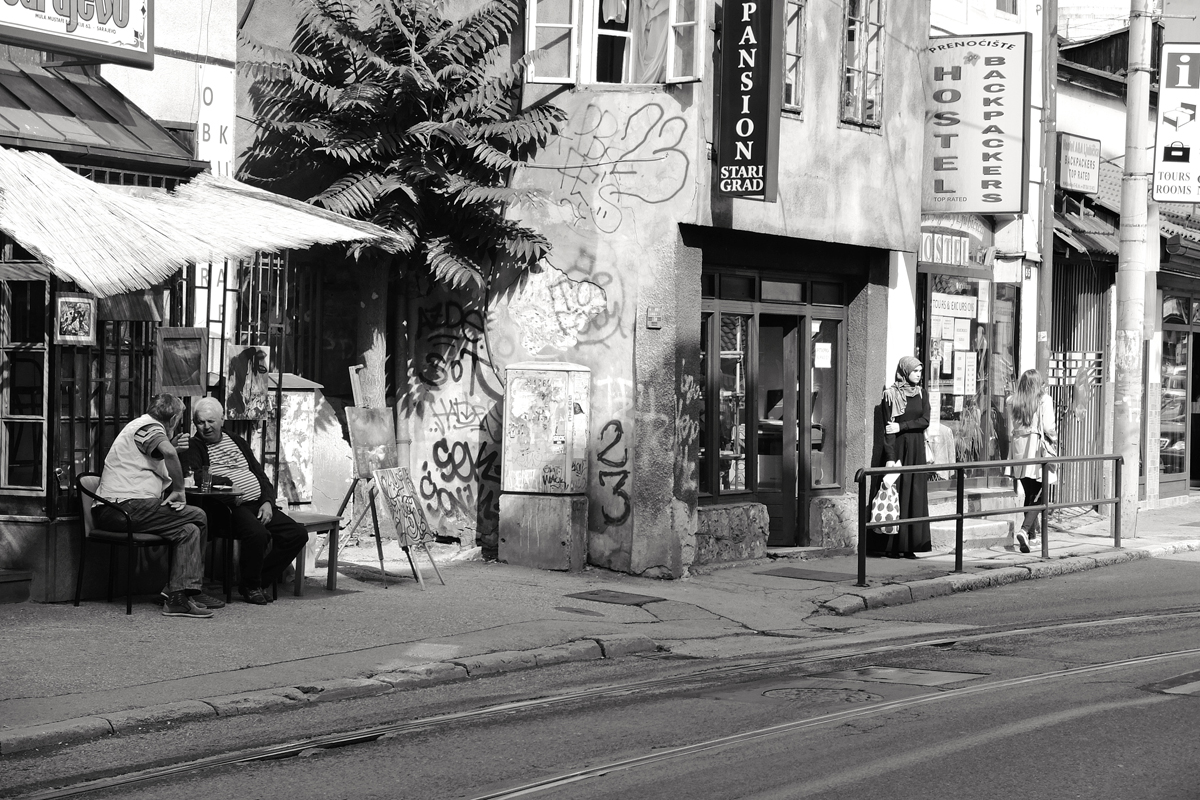 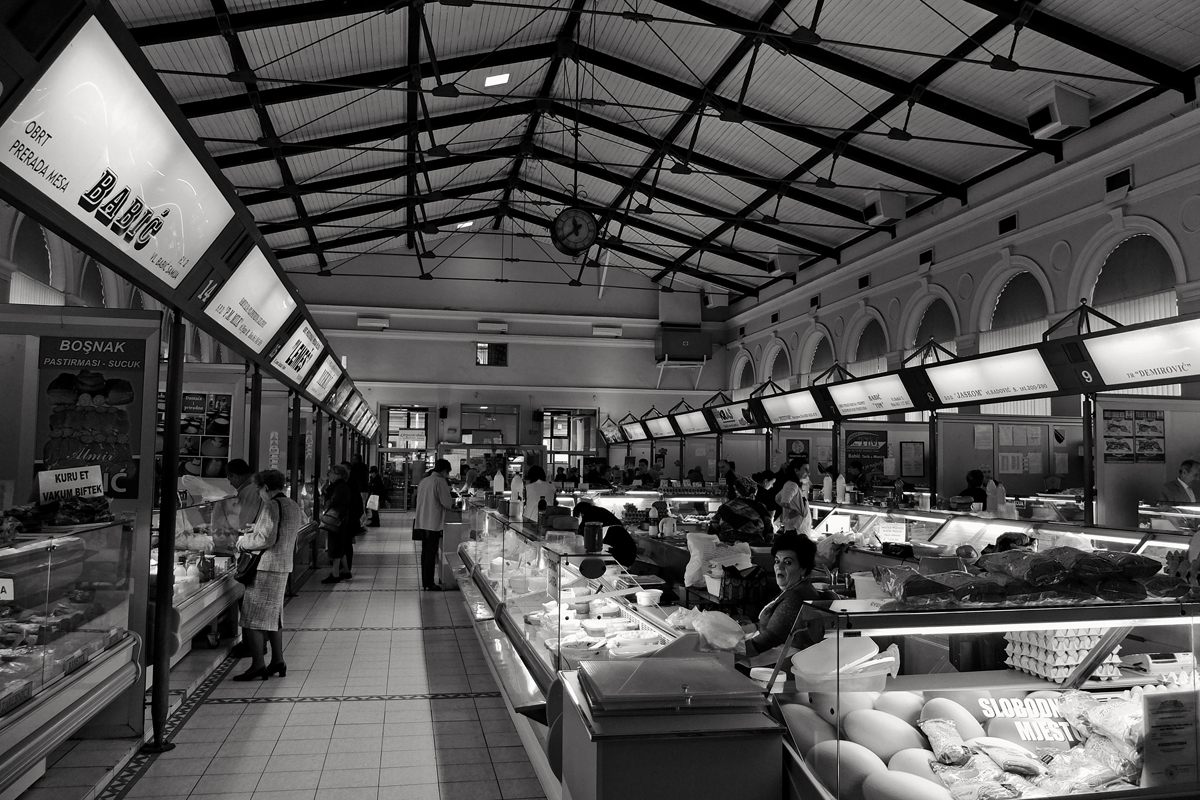 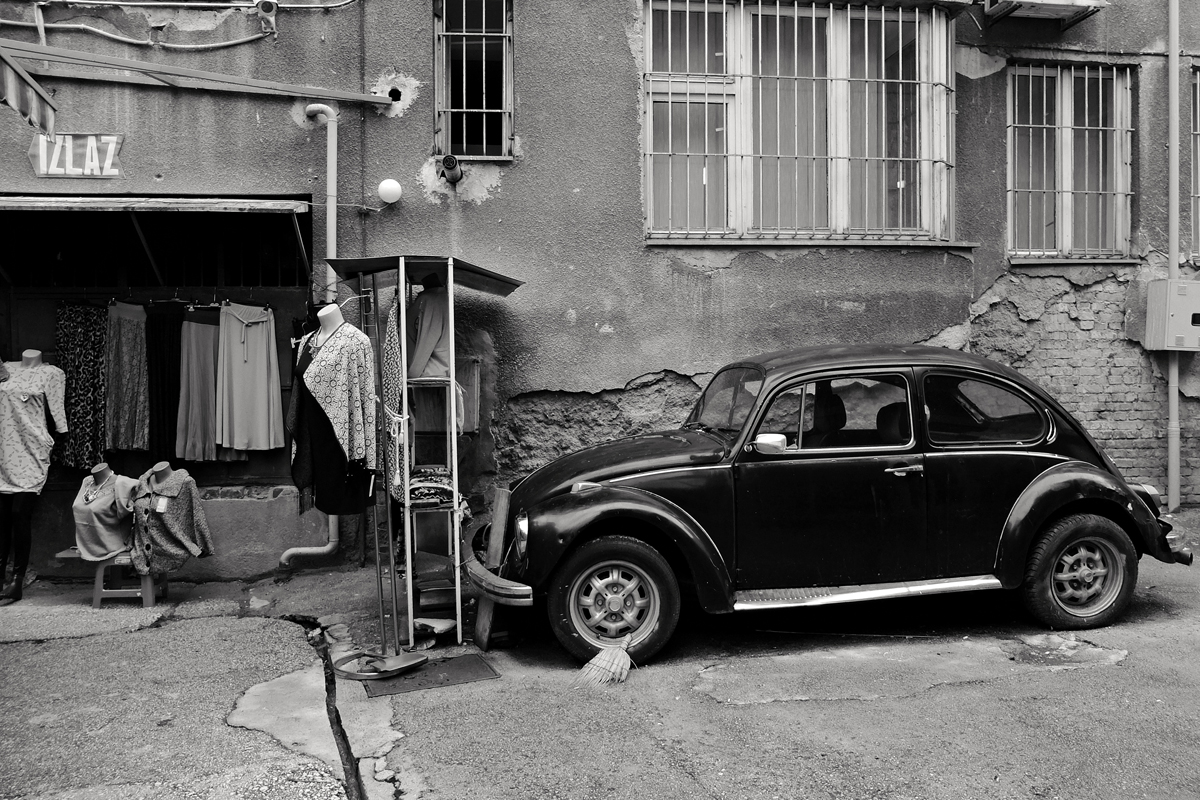 In this present in progress citizens of Sarajevo do not seem tired to defend the urgent sense of coexistence.

My task, as a street photographer, was to record all these inputs and send them to you as series of postcards. 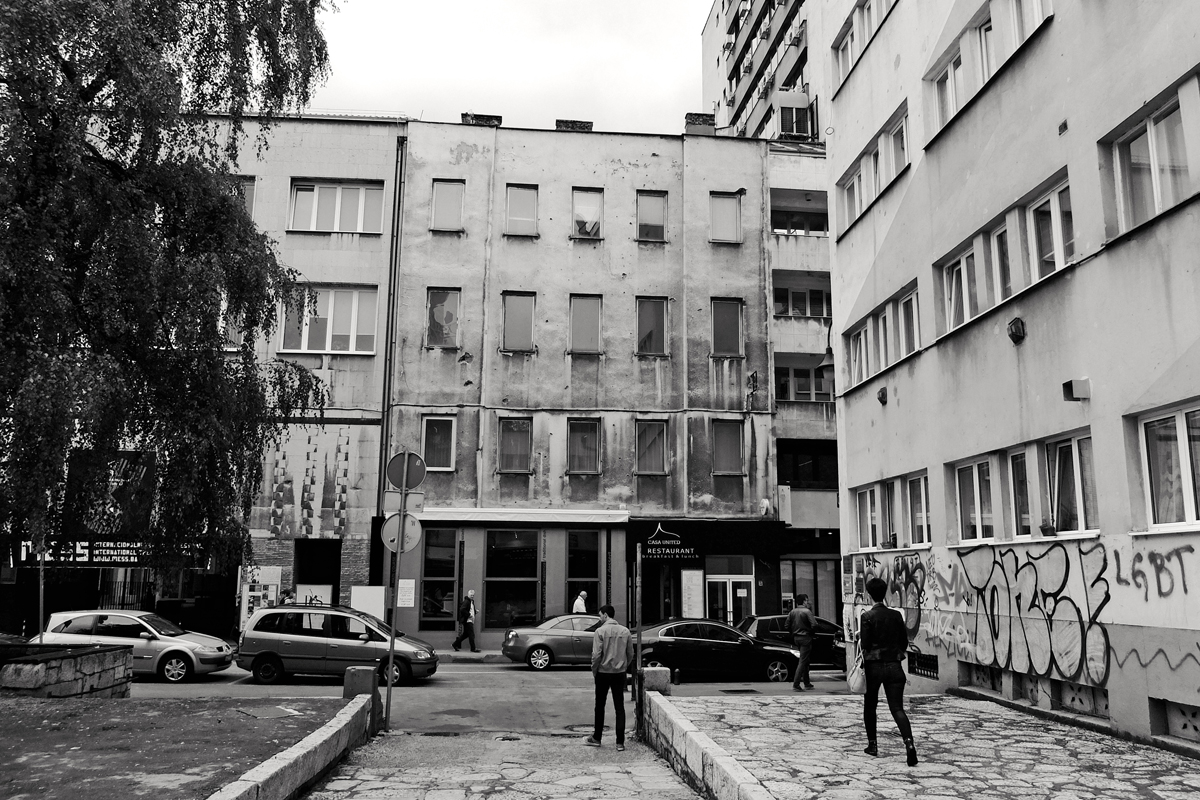 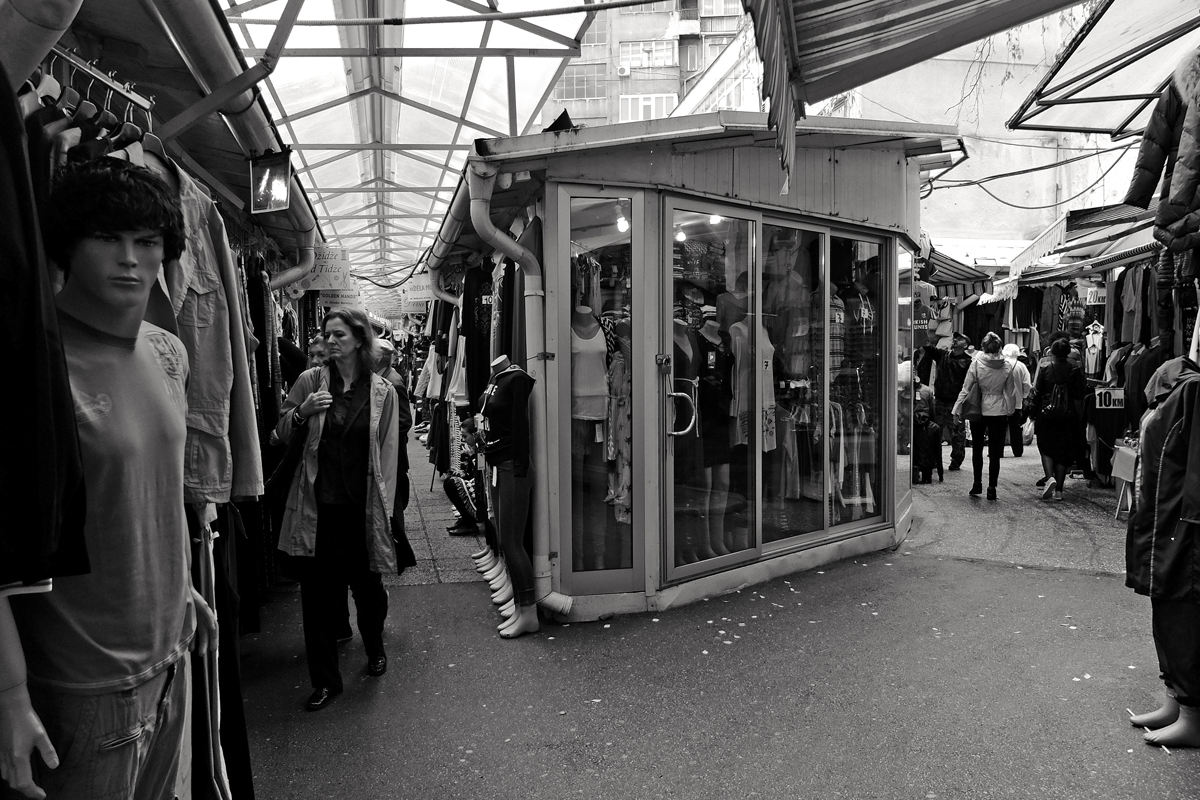