Metropolight: A street photography book that examines the human condition in the 21st century metropolis. Shot across 4 continents. 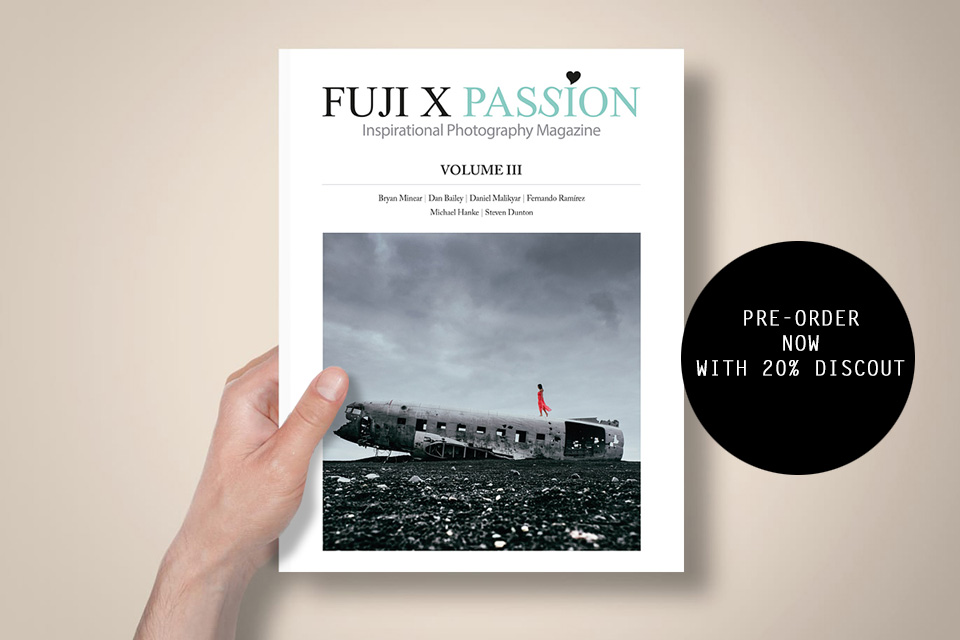 About this project
I shot this project over a period of a few years, but most of the photos come from a trip I did in 2015 when I had an X100T and an X-T1. There are a couple of photos from X-M1 too, which I had before that, and a lot of photos from an X-Pro2 that I’ve shot while I was testing out the camera as a Fujifilm’s new ambassador in the autumn of 2015.

I don’t use zooms, and always carry the primes of 23mm, 35mm and 56mm on me. I like to use the 90mm as well from time to time, because a telephoto lens compresses space a bit more and allows me to create slightly more abstract shots that bring more attention to the lines and shapes in the photograph. I don’t really know how to use Photoshop and I am not really that interested in, because I have no desire to particularly manipulate my photos. I like to keep a natural look to my photos so that it is easy to understand that what I took a photograph of was really there. It’s the perspective that matters a lot to me.

The X-Series is great, because the cameras are incredibly intuitive and allow me to forget the technical issues and focus purely on my vision. A lot of people are great at re-touching and post-processing, but I am betting my card on trying to see differently and show the world in a new way. You can’t create that on a computer, you have to practice your eye and brain to be able to do that. I spend a lot more time choosing the best images and creating sequences out of them that work together as a body of work. That’s just my way of telling stories.

Metropolight
In 2015, I walked over 3600 kilometres through some of the world’s most metropolitan areas, photographing people in cities such as New York, Tokyo, Hong Kong, Shanghai, Sydney, London or Seoul. Despite how physically close to each other people in large cities work, commute and live together, the general attitude among its populations has increasingly been a one of hesitation and reluctance. I believe this is because cities alienate its people. The modern city needs to be a functional and well-organised space. At it’s core, it is rooted in reason and factual knowledge. As an effect, the emotional concerns of people living cities are often pushed aside and deemed as distractive to the smooth functioning of the city. 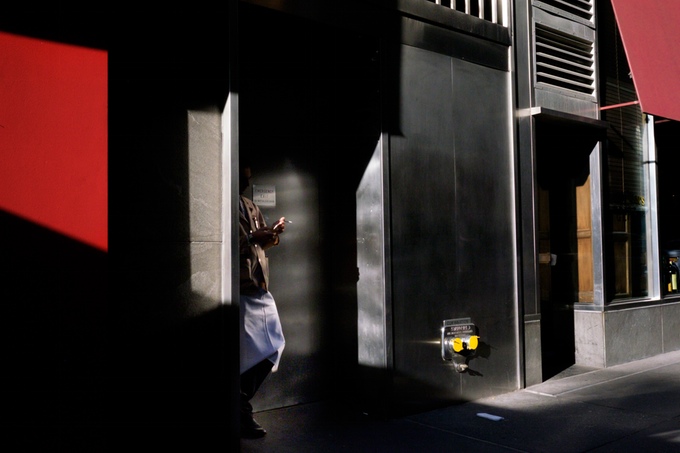 In this book, I wanted to explore the emotional charge, or lack thereof, of the 21st century metropolis. I am not interested in individual cities as much as I am intrigued by the ways the almost clinically sterile urban environment structures our lives and shapes our experience. Many of the photos in the book have been taken in business districts that exemplify spaces rooted in rationality and individual achievement.

The city exercises a homogenizing power over its people. The continuous shift towards a quantifiable and objective existence creates a tension in those who live in the city. The urban tendencies towards indifference and a reserved attitude are a manifest of a struggle to maintain personal space where individuals can harbour their unique and complex personalities. Hopefully, the book is a record of this struggle; of what the city moulds us into, and how we try to remain authentic to ourselves at the same time. 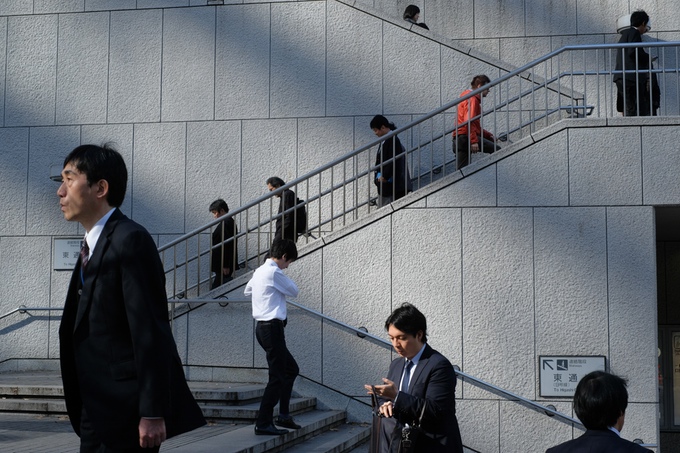 By funding this book, you will help to publish a project that explores the human efforts to maintain independence and a sense of self in spite of the urban pressures and the weight of history.

The Author
I started photographing in 2012, while on an intermission from a degree in anthropology in London. The camera was a therapeutic tool at first, but quickly became a research instrument that I use to better understand myself, the cities we live in, and hopefully other people as well.

My photographs were exhibited internationally (Poland, Czech Republic, Belgium, Japan) and printed in numerous magazines and newspapers. I teach street photography workshops and shoot behind-the-scenes photographs for a variety of production companies. At the moment, I have no interest in staging what I photograph. 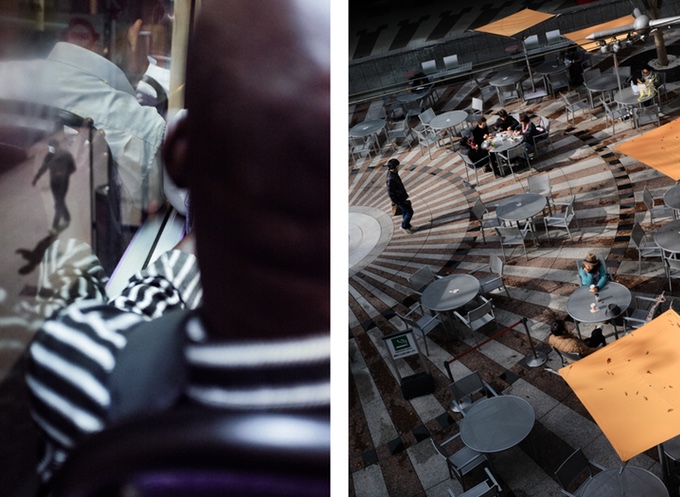 I am also an international ambassador of Fujifilm’s X-Pro2 camera aimed at street photographers. At the age of 25, I was the youngest among the 100 photographers selected by Fujifilm worldwide. 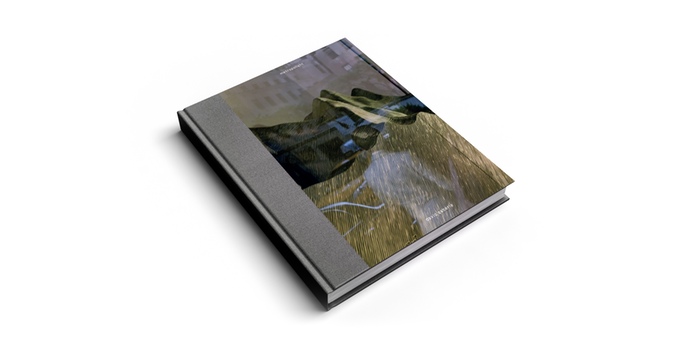 When I returned from the 8-months-long trip, a well-known Czech photobook publishing house Kant offered to publish my photos as a book. We have turned to Kickstarter to reach an audience outside of the Czech Republic and to gain more funds to ensure the book is exactly as desired by the author.

The funds collected through the campaign will allow us to spend more time at the printer’s to ensure a high-quality print, and help us to partially fund the printing, binding, and cover material.

Extracts from the Foreword & Essay

FOREWORD
“The city becomes an intimately familiar setting, which David understands well. He is able to pause a moment when five people in close proximity are each engaged in a different activity, each sealed shut in their own world, yet sharing a common space which forever connects their existences in a fleeting second. David Gaberle appears to control a photographed situation in three key ways: the composition of the shot, its multilayered narrative and its colour.” – Petr Volf author & art critic 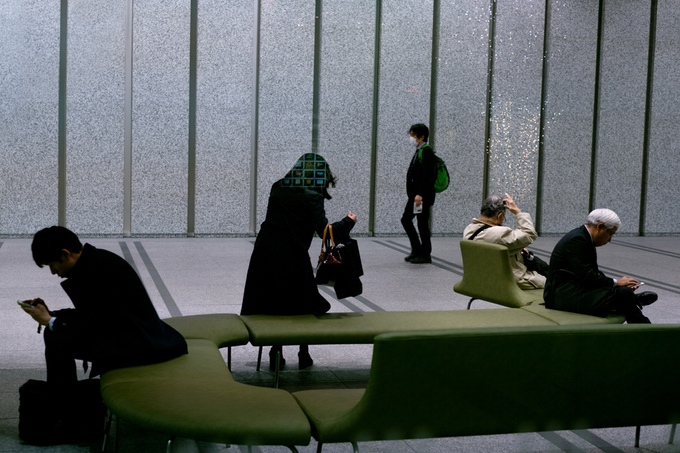 ESSAY
“Things pass in front of them quickly like dynasties of mites, but they only capture their shadows. Their journey, however often it may cross the same stations and go past the same narrow corridors, is far from over. Each of them separately nurtures a guide, a spectre. For any passing wall or unexpected curvature of shapes could reopen that sidewalk, a space outside of daily machinery and a pocket of time outside of their precisely calibrated watch. The tired look that was worked by the city flow like a waterfall’s bedrock reignites with fervour.” – Alex Jasiński poet & author 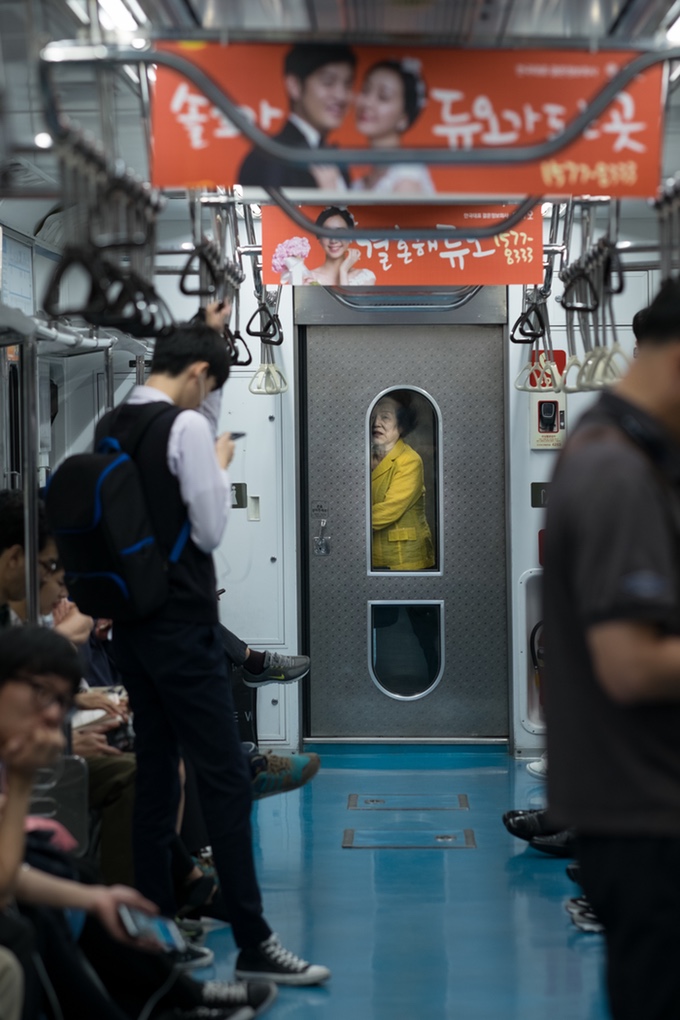 Praise for Metropolight
“Bravo. I don’t really have anything to say, these are great photos.” – Harry Gruyaert of Magnum Photos

“I fell in love with this work. It’s about light, shadows, urban landscapes. This is the photography I really love – of people in the landscape, who are not dominant. The colours are beautiful, gripping, and the book’s going to inspire a lot of young photographers.” – Antonín Kratochvíl photojournalist and co-founder of VII Photo Agency

“This is a very well constructed book that contains some excellent photography. Metropolight will do well.” – Michael Mack founder of Mack Books publishing company

“It’s hard to believe that the book’s author is only twenty-six and has been taking photos for a little over five years.” – Petr Volf author & art critic

“A beautiful exploration of the anonymous nature of urban life through colour and light.” – George Georgiou photojournalist & documentary photographer 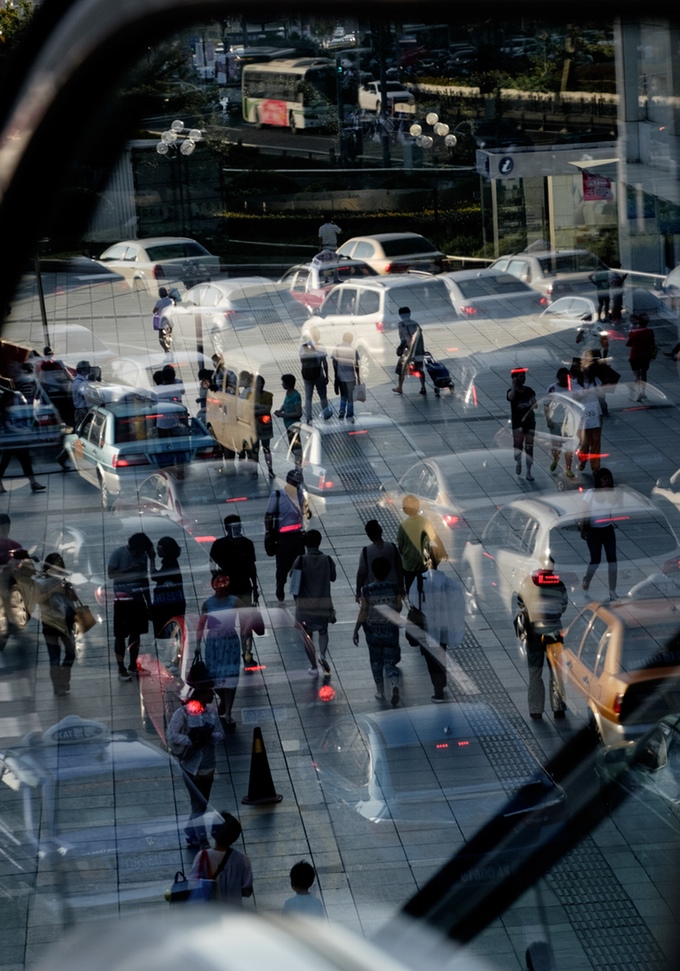 The book will feature the names of everyone who helps to make the book possible by supporting this Kickstarter campaign.

Thank you for helping me in bringing this book to life.

OUR FIRST MOVIE: “AT THE EDGE OF THE SEA – A photographic journey with the landscape photographer Andy Mumford”

“I started photographing in 2012, while on an intermission from a degree in anthropology in London. The camera was a therapeutic tool at first, but quickly became a research instrument that I use to better understand myself, the cities we live in, and hopefully other people as well. My photographs were exhibited internationally (Poland, Czech Republic, Belgium, Japan) and printed in numerous magazines and newspapers. I teach street photography workshops and shoot behind-the-scenes photographs for a variety of production companies. At the moment, I have no interest in staging what I photograph. I am also an international ambassador of Fujifilm’s X-Pro2 camera aimed at street photographers. At the age of 25, I was the youngest among the 100 photographers selected by Fujifilm worldwide.”