I’m a hobbyist photographer and combine photography with my family vacations. I am fortunate enough to be able to visit some amazing locations. 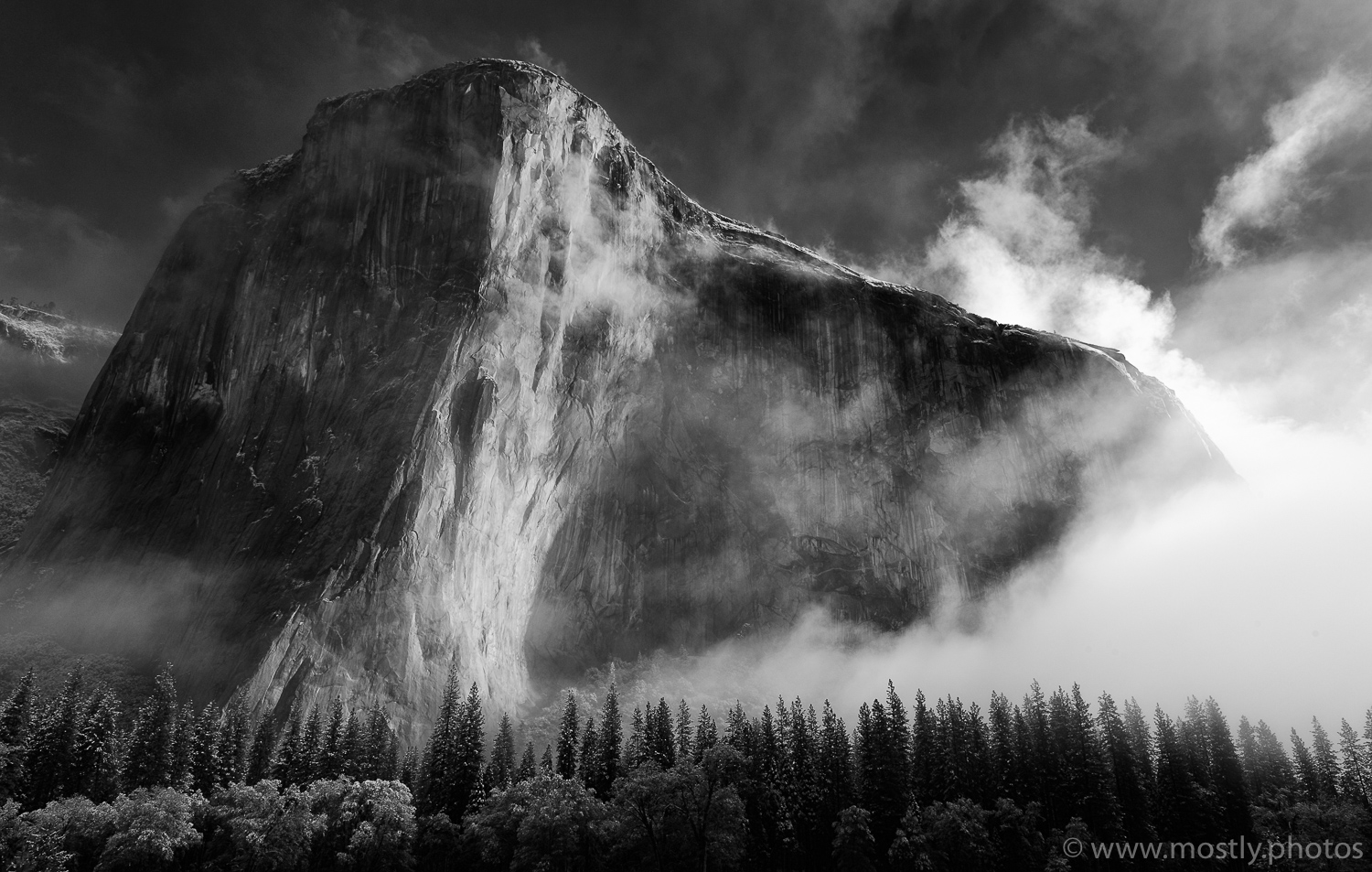 Combining a passion for Photography with the needs of family inevitably result in some compromises. I am lucky that my wife enjoys travel and hiking but it pushed her tolerance when she saw the amount of equipment that I wanted to pack!

I’m based in the UK and a trip to Yosemite National Park in the Spring was potentially a once in a lifetime opportunity. I’m going to want to take all the equipment I own, right?

I was invested in the Nikon System with a Nikon D3 and Nikon ‘Holy Trinity’ of lenses 14-24mm, 24-70mm and 70-200mm. While the D3 did the job for shooting the occasional wedding but it was a challenge for travel mostly due to size and weight.

A large camera and large lenses needed a large bag (LowePro Backpack) and a large Tripod to support them. My wife was un-impressed that I had no spare capacity in my Hand Luggage and that my Gitzo Tripod would only fit diagonally across the suitcase taking up a lot of space

I purchased a Fuji XE2 as a backup camera and soon found that I was using this instead of my Nikon. I work a full time job in the City of London and found that the Fuji was compact enough to take on my daily commute. The opportunity to have a such a capable camera with me all the time was appealing. 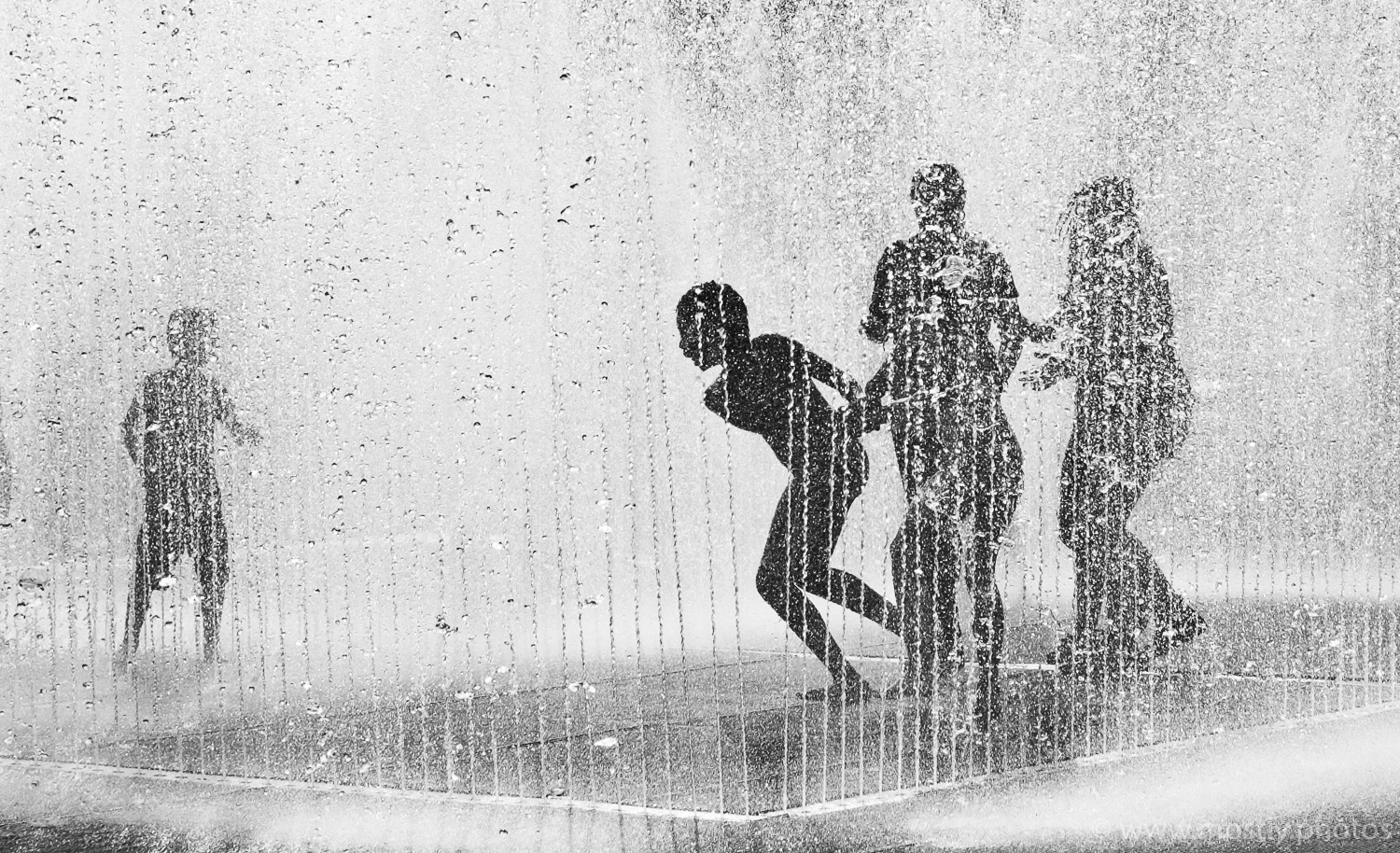 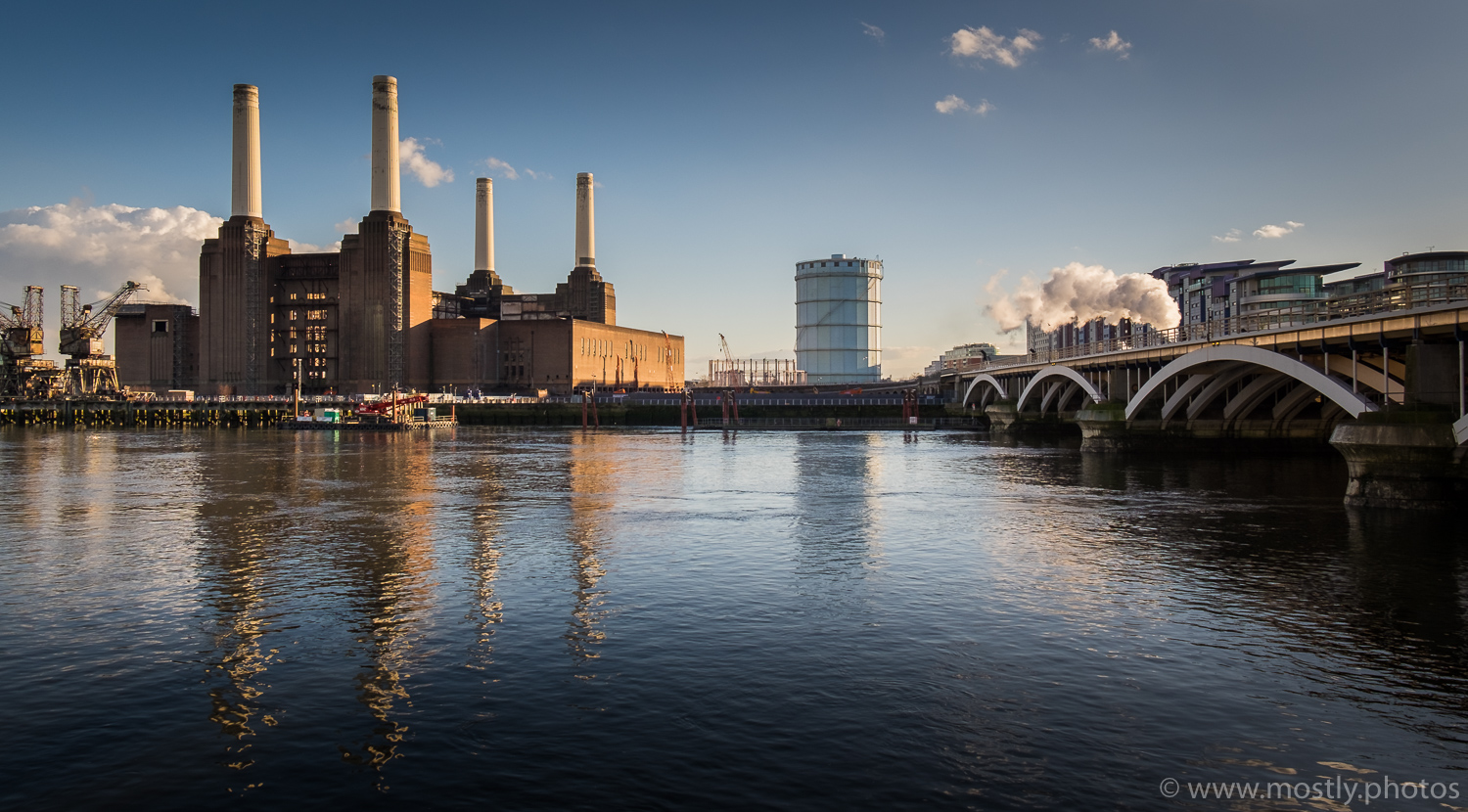 With the Fuji I was re-discovering a passion for taking Photographs regularly and not just on my vacations.

I took the X-E2 on a trip to Italy and I was very pleased with the flexibility, compactness and IQ of the Fuji System. 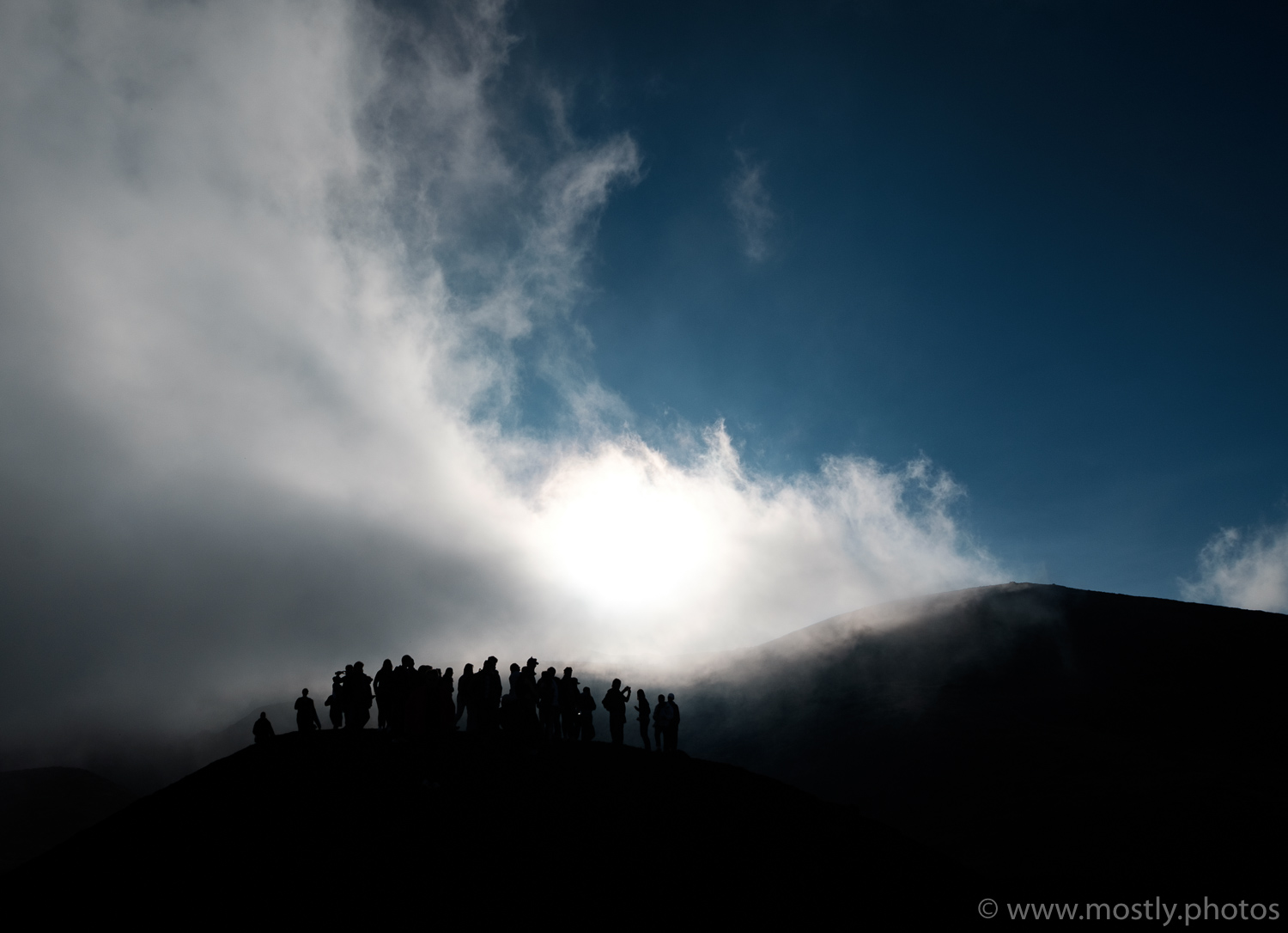 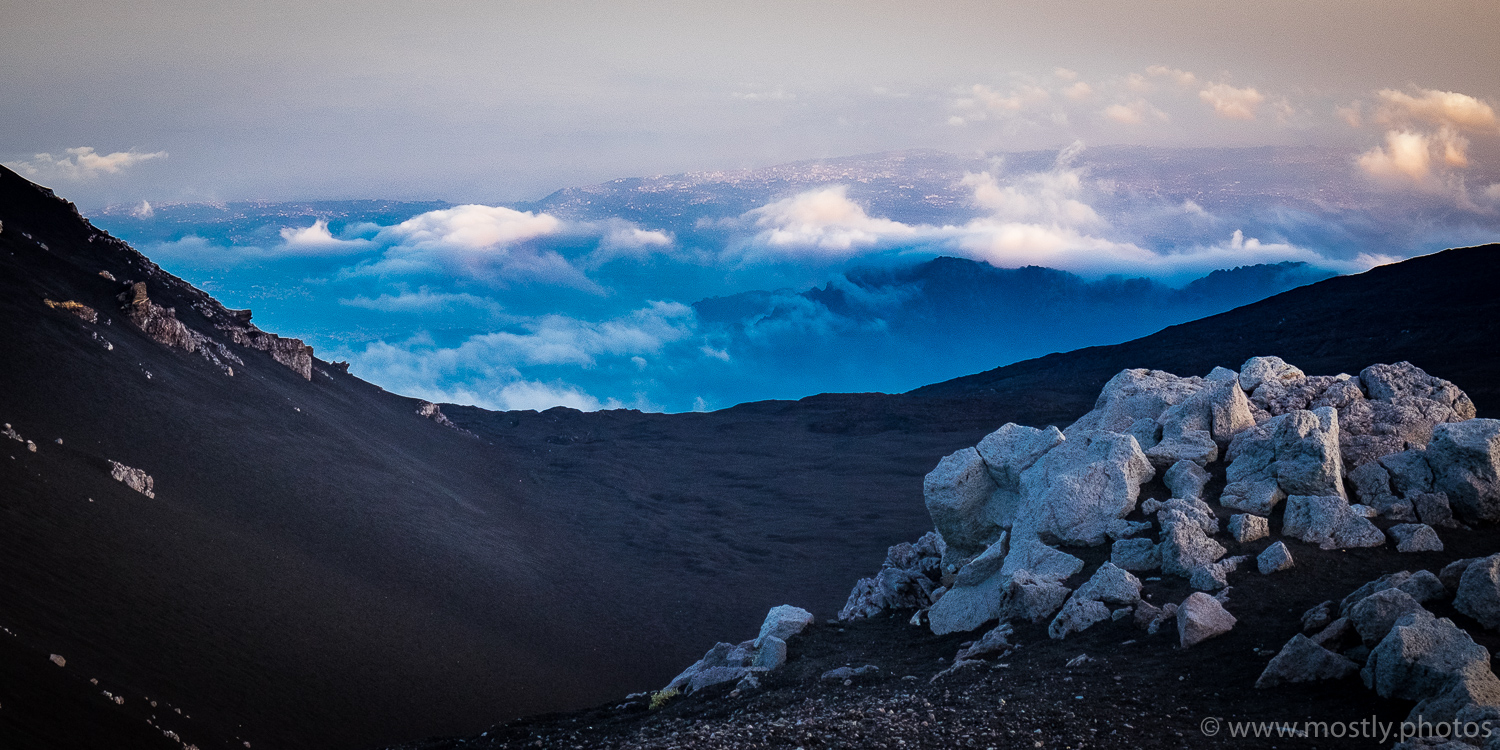 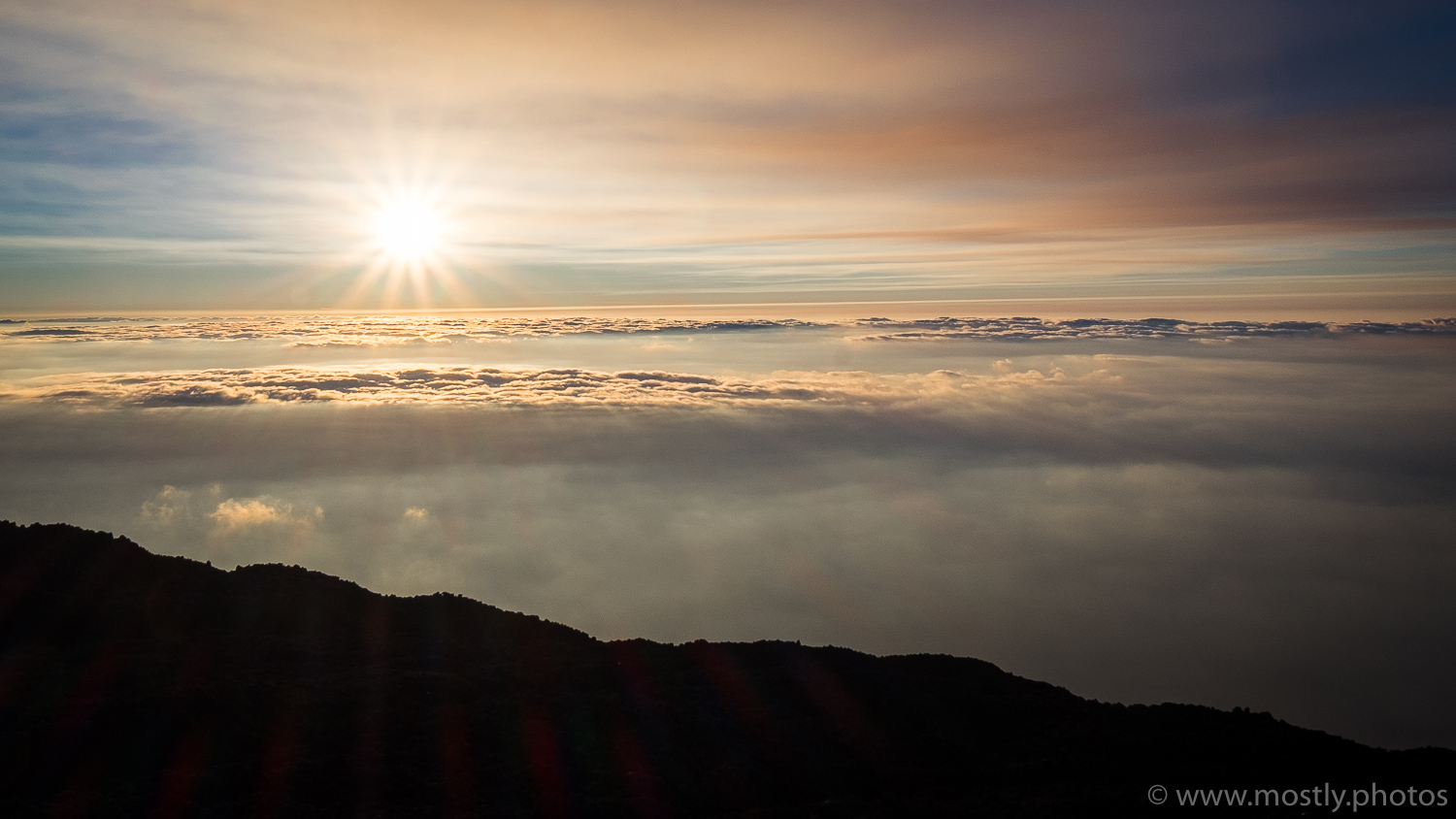 The X-T1 is compact, full featured and weather sealed. I was able to swap out my large Lowepro Backpack for a much smaller Slingshot 200 AW and pack a relatively tiny SIRUI T-025x Tripod that closes down to around 30cm and does not take up ‘half a suitcase’ of space!

I travelled light, taking just the Fuji X-T1, Fuji 18-135mm and Fuji 14mm Prime. The 14mm fast prime is useful for wide angle night scenes and the off-chance of an appearance of the Aurora.

The 18-135mm is a relatively compact and convenient travel lens with a useful zoom range. The weather sealing comes in very useful and gives confidence to keep shooting when Iceland throws water at you, which it does regularly.

I got caught in a heavy rain Shower while photographing in the mist at the Skogafoss Waterfall. I was able to continue shooting to capture the vivid rainbow despite the wet conditions.

I visited the Strokkur Geyser and waited patiently as the boiling water erupted regularly into the sky. I had not been to this location before and had no idea that the intensity of the eruptions varied dramatically. I had changed my location to get a better composition into an area that was strangely empty of visitors. The Geyser suddenly erupted with a significantly greater intensity which resulted in me and my Fuji getting drenched with hot water! 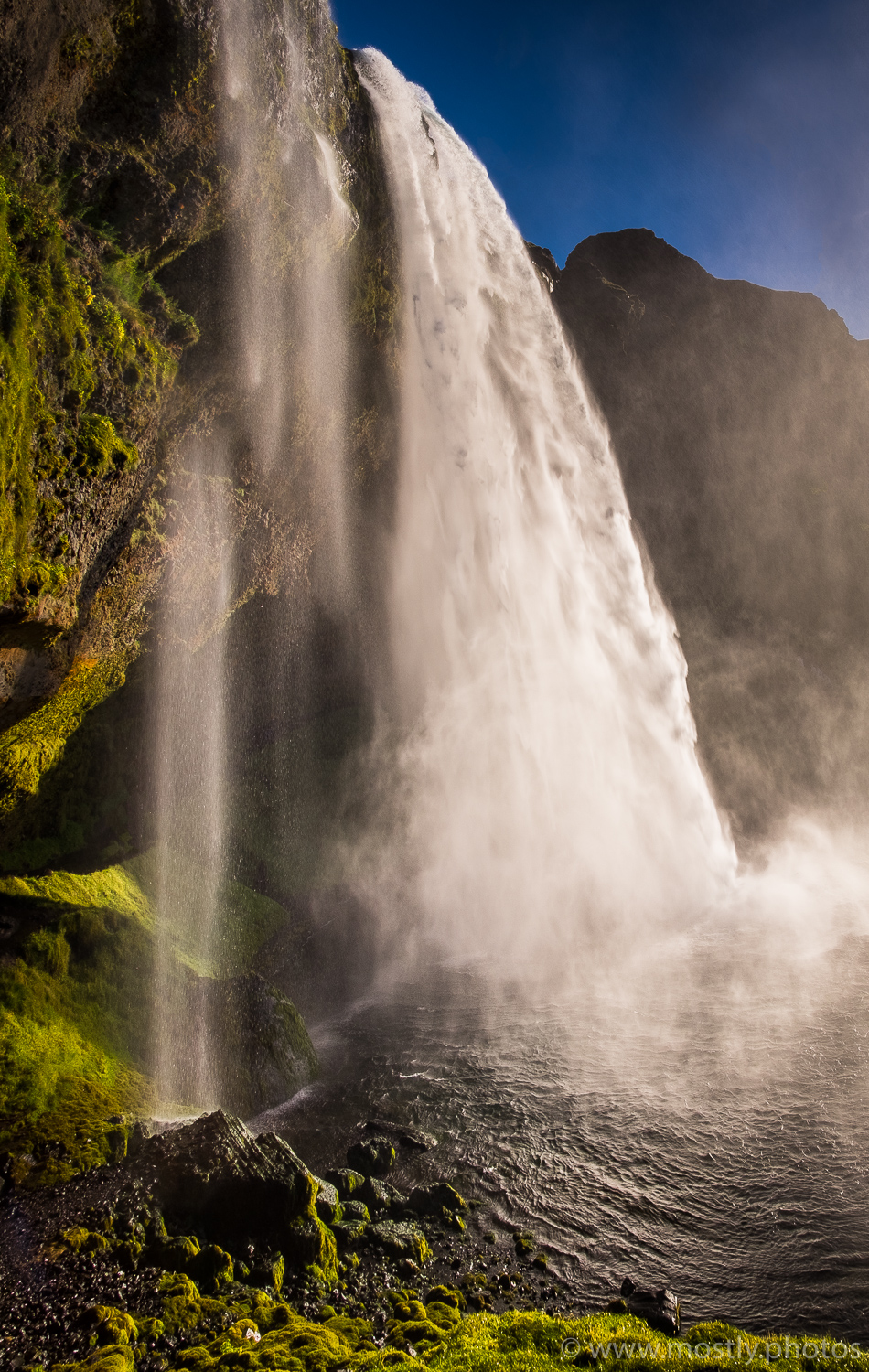 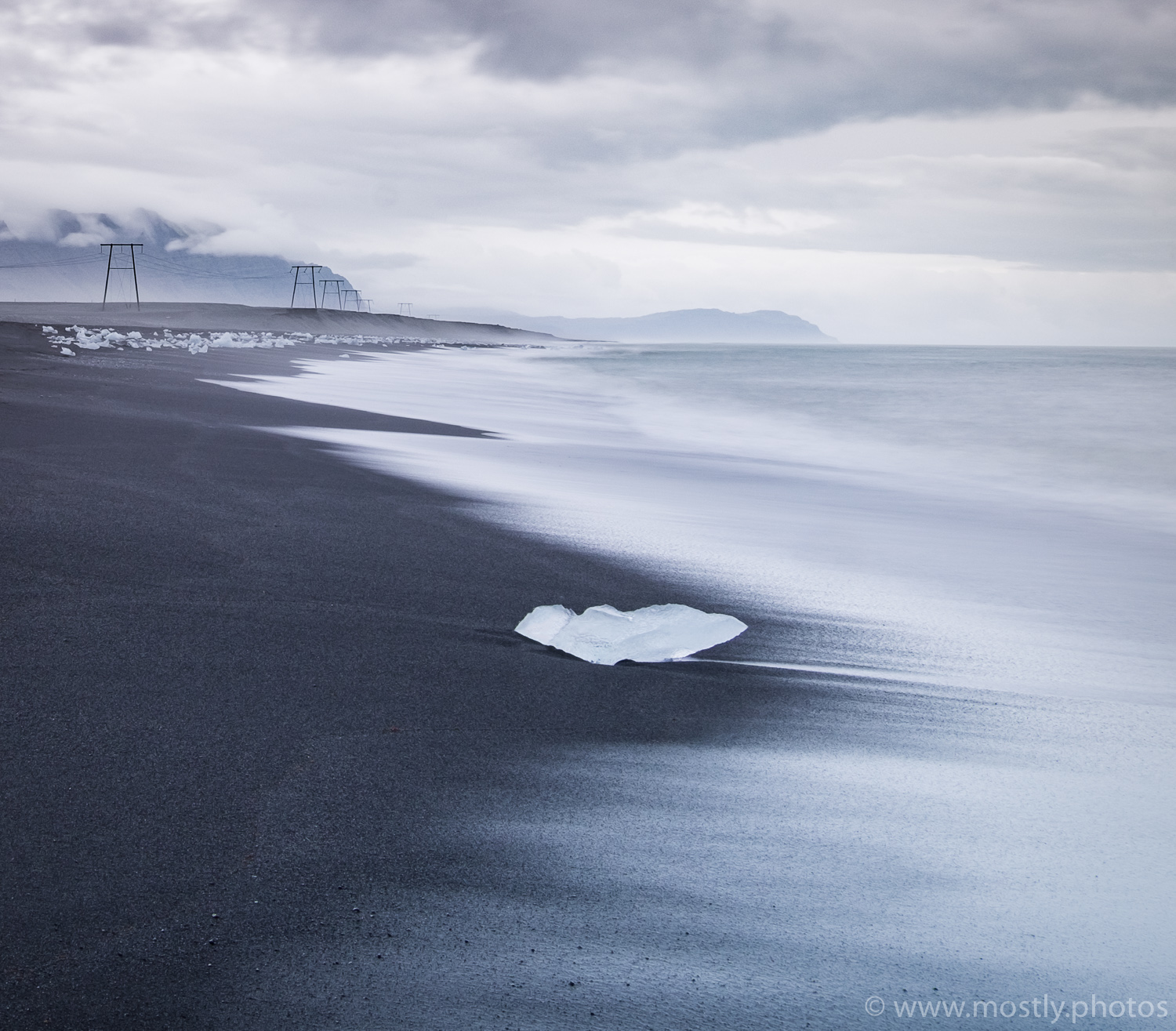 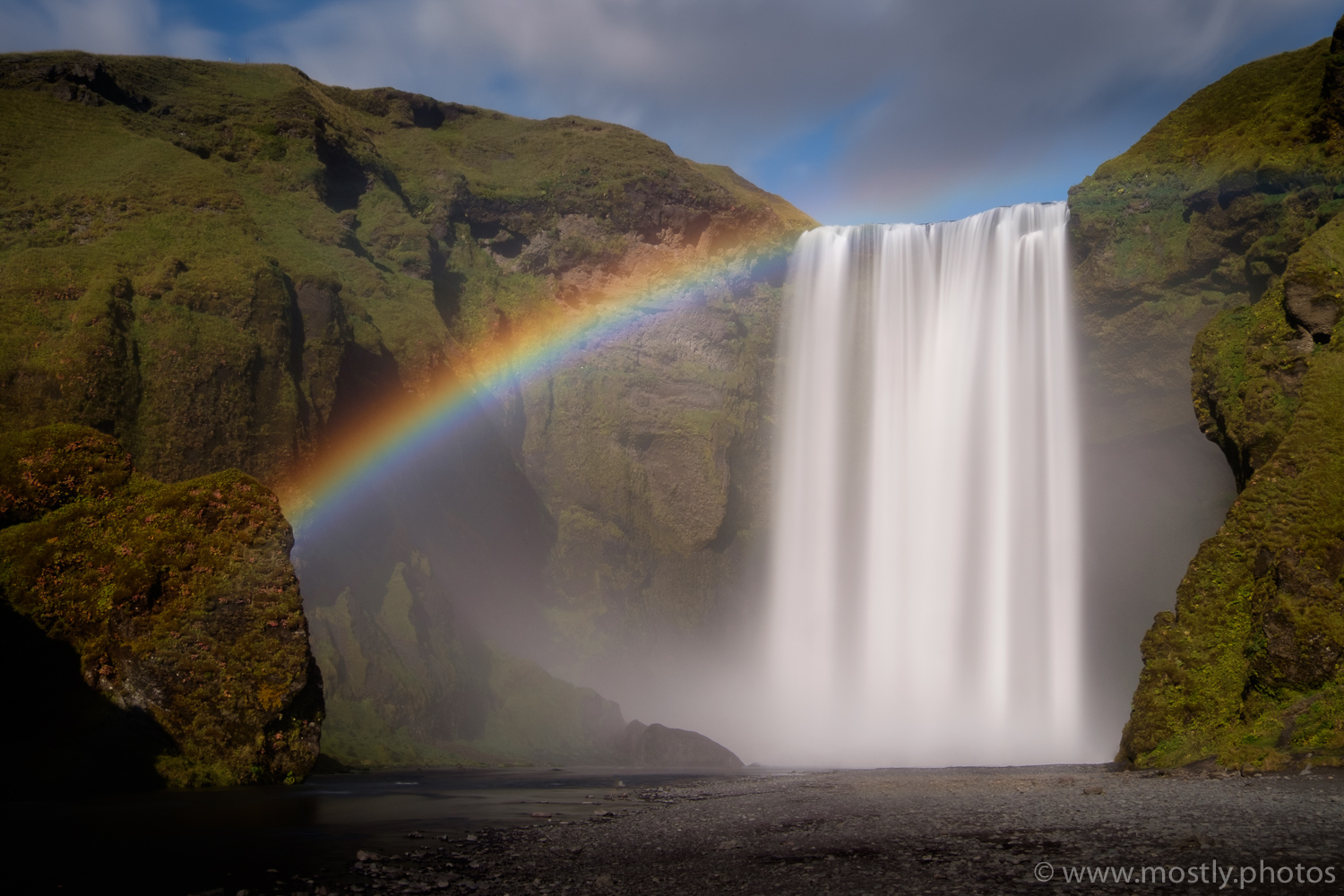 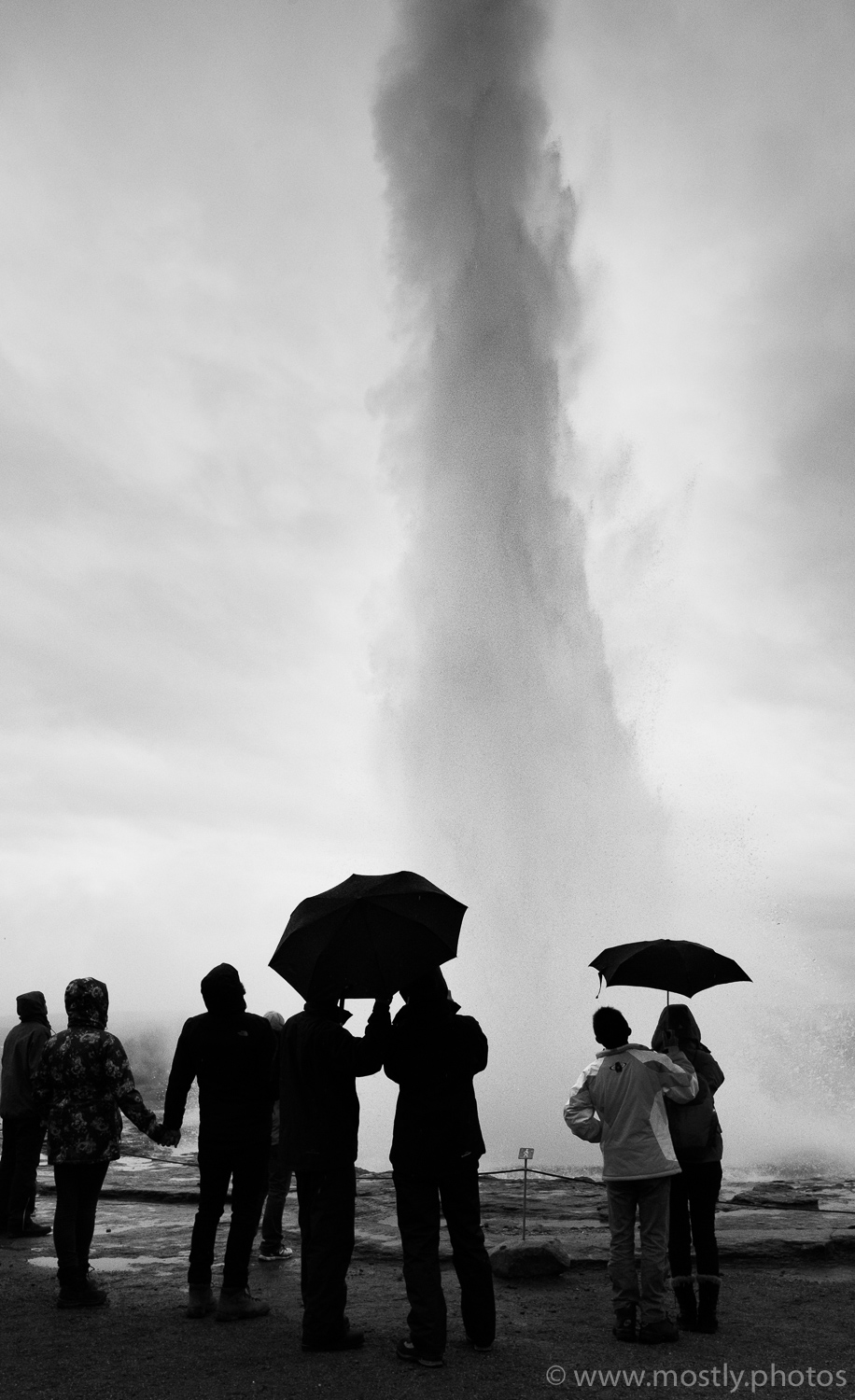 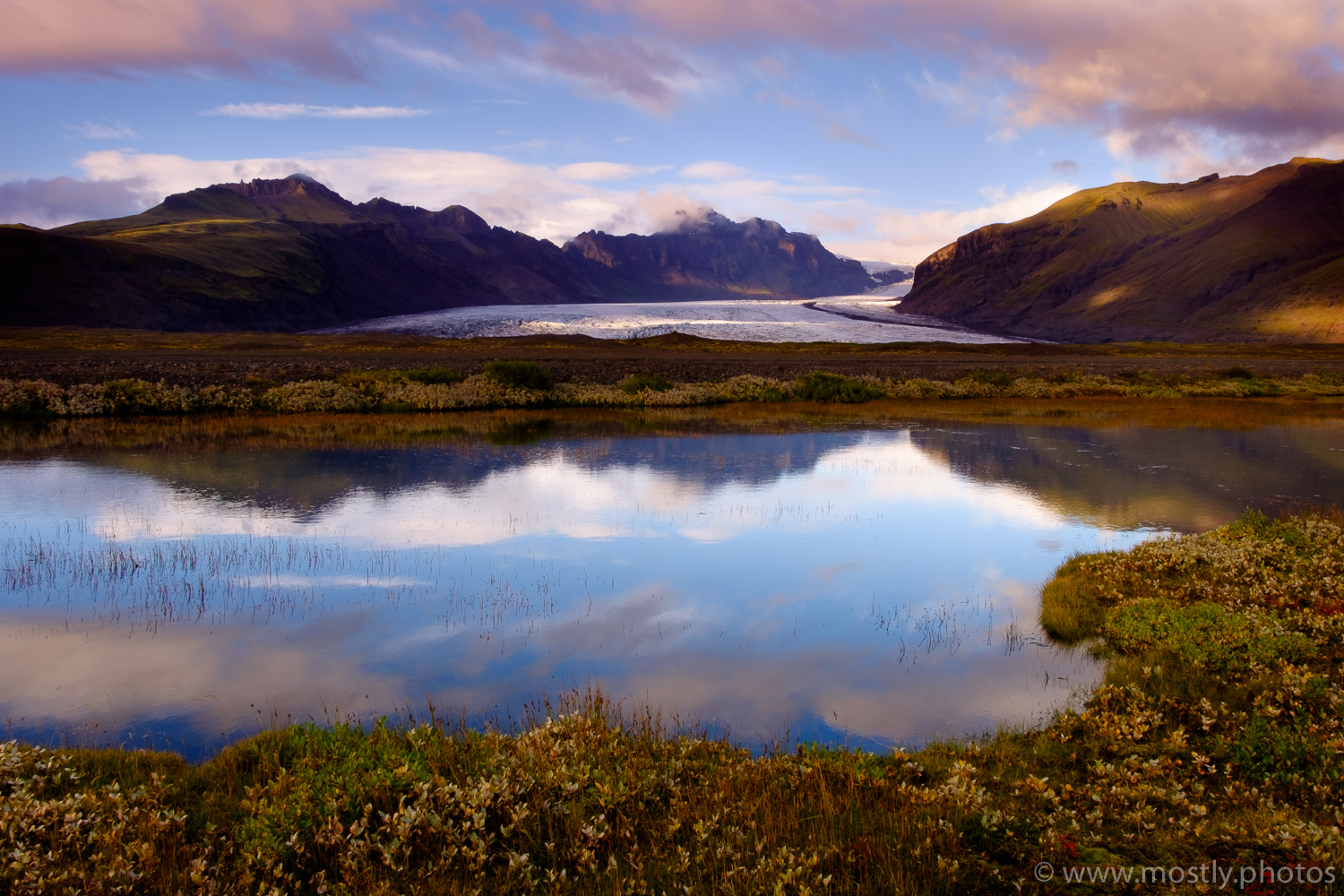 Driving the Golden Circle is a popular day trip for visitors to Iceland. The 300km route covers many beautiful landmarks in a short period of time including Þingvellir National Park, Geysers at Haukadalur and the amazing Gullfoss Waterfall.

Self-driving the Golden Circle rather than joining an organized tour allows you stop for photos anytime you want or head off to explore side roads.

There’s no rush when you’re travelling at your own pace. Spend an hour petting Icelandic horses if you want, or wait patiently for perfect clouds to move into your camera frame.
The City of London
While I used the my Nikon Camera for weddings and for travel photography I didn’t use it on a day to day basis due to it’s size and weight. My Nikon D3 would sit on the shelf gathering dust between vacations.

Since switching to the Fuji System I carry the X-T2 with me almost every day. I bought an ONA Prince Street Messenger bag which comfortably holds my Fuji X-T2 and one or two lenses as well as my work laptop and umbrella 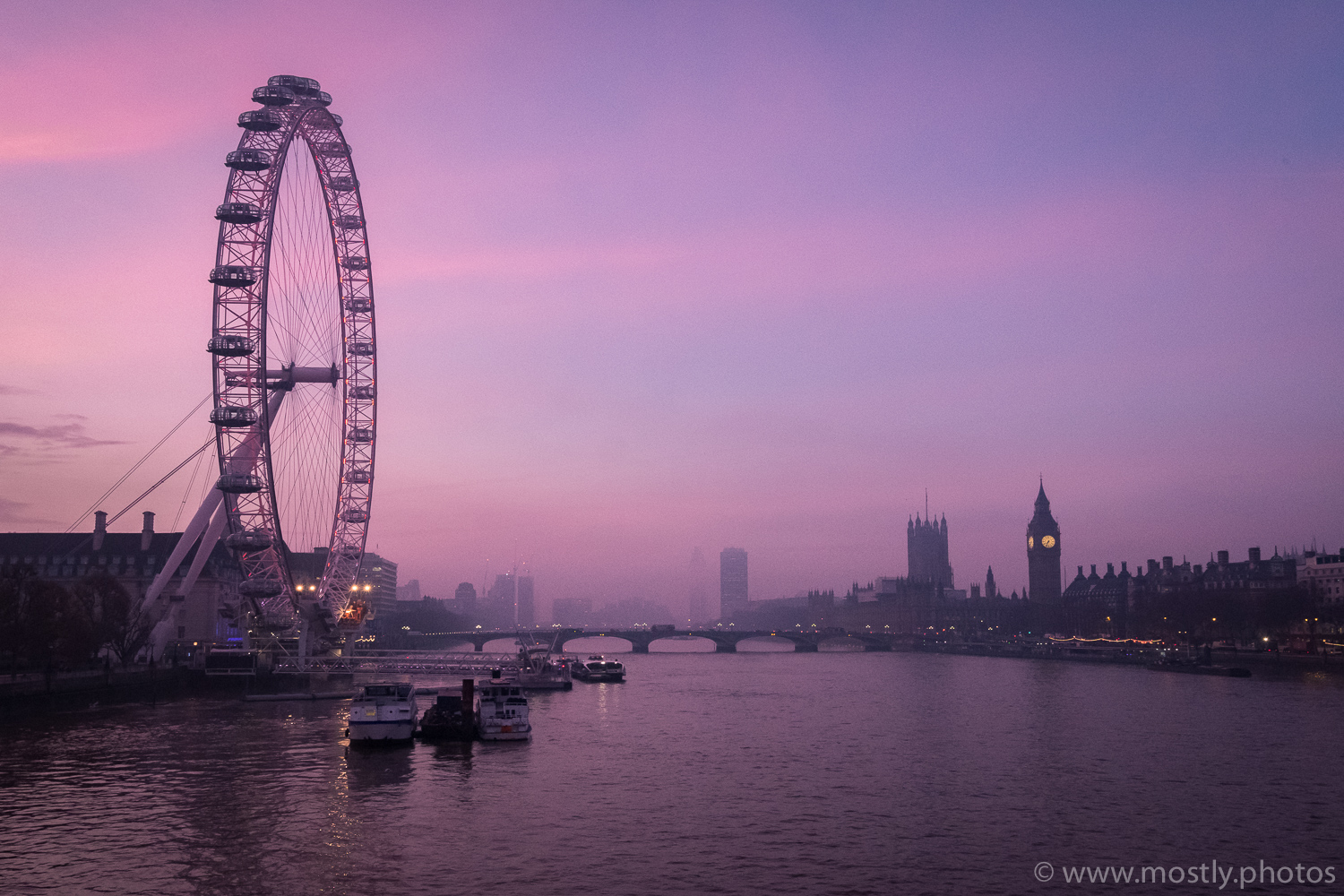 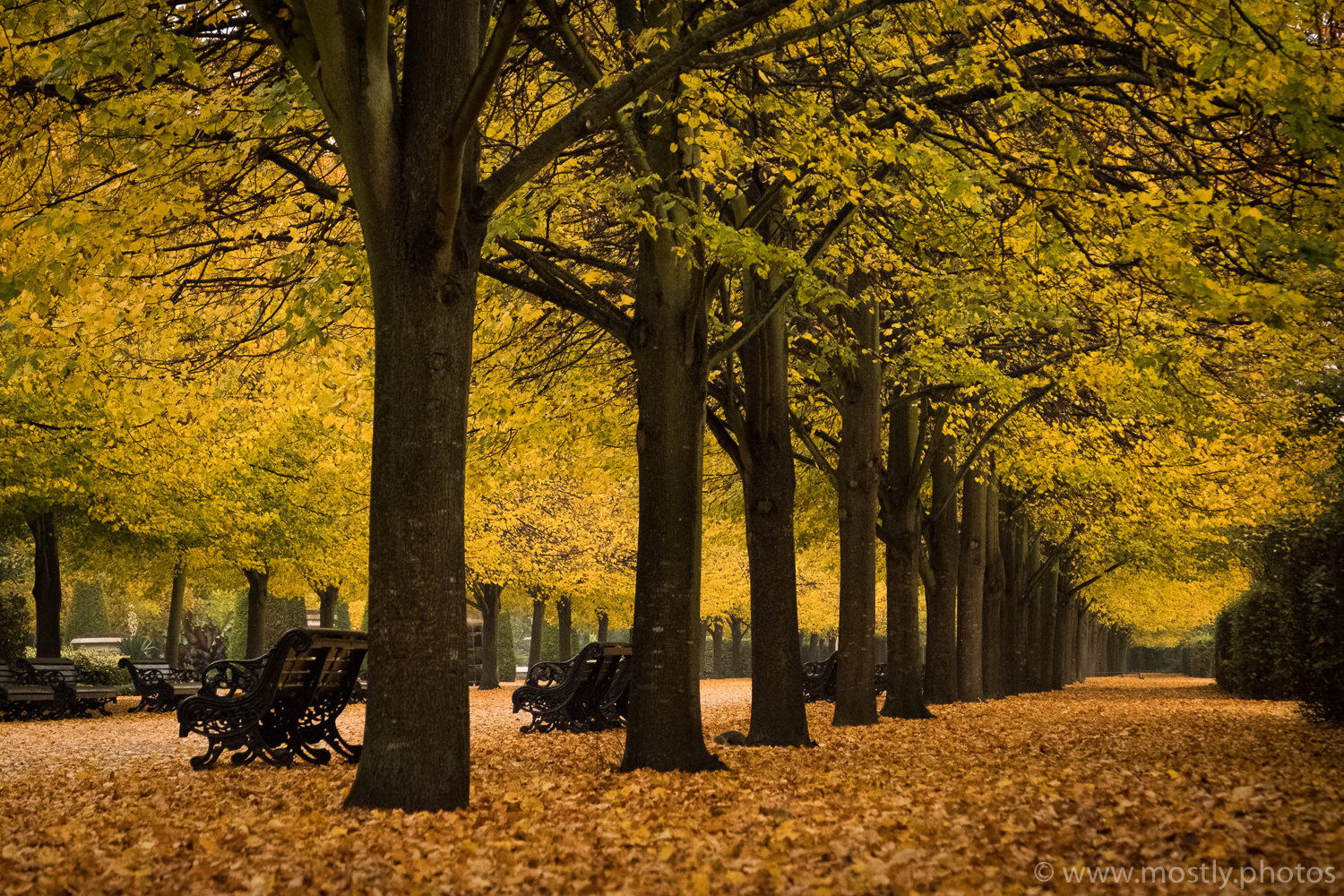 Chris Sargent is an award winning amateur photographer living in London, UK. He has been taking Photographs for over 10 years, covering a diversity of genres but especially Landscape and Travel Photography. Chris used systems from Canon and Nikon before switching to Fuji in 2015.

Chris Sargent is an award winning amateur photographer living in London, UK. He has been taking Photographs for over 10 years, covering a diversity of genres but especially Landscape and Travel Photography. Chris used systems from Canon and Nikon before switching to Fuji in 2015.

Posted on January 12, 2022January 12, 2022by Darren Pellegrino
It was 7am on a typical Summer Thursday. My weekday routine of which I enjoy and don’t usually tire is mundane but I don’t say that with disdain. I have always thought of the repe…
END_OF_DOCUMENT_TOKEN_TO_BE_REPLACED
Categories INSPIRATION

Posted on January 6, 2022January 6, 2022by fujixpassion
Hi everyone! Phil Porto is a name that every Fuji enthusiast knows. We had the privilege to publish an article by him some time ago. His work is incredible, and through his…
END_OF_DOCUMENT_TOKEN_TO_BE_REPLACED
Categories INSPIRATION

Posted on January 3, 2022January 3, 2022by Shinichi Kuroda
Hi Fuji X Passion, thank you for giving me the opportunity to share my passion and vision of photography. My name is Shinichi Kuroda. I’m Japanese and have been living in Briti…
END_OF_DOCUMENT_TOKEN_TO_BE_REPLACED
Categories INSPIRATION

Posted on December 28, 2021December 28, 2021by Christine Gabler
Hi, I am Christine, a photographer and creative girl with a passion for motorbikes and vintage cars based in Frankfurt, Germany. About five years ago, I was inspired to start phot…
END_OF_DOCUMENT_TOKEN_TO_BE_REPLACED