“In December 2015, at the Boston Public Library, I photographed my last wedding with DSLRS. Every shot I’ve taken since has been on Fujifilm Mirrorless Cameras.”

WHY SWITCH?
WEIGHT. The Fujifilm X gear weighs ~ 1/2 of what the Canon & Nikon gear does. This matters when carrying two cameras plus extra lenses for 8-12 hours. I’ve discovered some other benefits too: I think Fuji’s AWB, highlight-holding, and detail are superior. I also have come to love the WYSIWYG electronic viewfinder, big manual dials, and the articulating lcd screen. It’s a great system and I’m very happy using it.

ARE THERE DRAWBACKS?
YES. 1 AF (auto focus) speed and accuracy is not as good as DSLR’s in low light. 2 There’s a flash situation.

The new XT-2 addressed what, for me, was the biggest mirrorless camera drawback: AF (auto focus). The New AF is superior to my old 5D mark 3 DSLRs in bright situations, about on par with in medium light, but still struggles in the dark. In very low light mirrorless cameras are going to lose to a pro DSLR.

The flash situation is less of an issue for me since I prefer available light and do not use strobes outside of a dark wedding reception. I’ve used a combination of Canon 600ex-rt’s with Yongnuo controllers, all in Manual mode, sometimes combined with small LED video lights.

Flashpoint/Godox is rumored to be working on a compatible wireless controller for their light system. Cactus, Nissin and Metz have also released or announced compatible flash products. Fuji just released their own flash system EF-X500. I tried them and returned them.

TTL on mirrorless is an issue inherently: during the long EVF blackout, while the flash and camera figure out the right exposure, you probably just missed the shot. There is also NO red-light AF assist beam (it doesn’t fire on 3rd party flashes AND it would not help mirrorless anyway).

DOES ANYONE QUESTION YOU ARE USING A PROFESSIONAL CAMERA?
Haters Gonna Hate. There have been a few clients, family members and wedding guests that had doubts. Though a few of these same people later told me they were blown away by the results and bought themselves a Fuji X camera.

ERGONOMICS?
The Fuji X bodies are much smaller cameras than pro DSLRs, and as a result some photographers find them uncomfortable to hold. I like the ergonomics but think adding a grip is essential for all-day pro use. I prefer the MHG-XT2, other’s love the optional battery grip.

HOW IS THE IMAGE QUALITY?
Fantastic. The X series cameras have great detail, low Chromatic Aberrations, accurate AWB, and the high-iso noise is similar to DSLRs.

HOW ARE THE RAW FILES?
There’s debate on whether Fuji’s “X-Trans” sensor produces better or worse results. Honestly the results are just different. I like Fuji RAWs, to me they look organic/more like film. Fuji RAWs have wonderful Dynamic Range and can be pushed +/- 5 stops in post. I also think the Fuji RAW files scale up better for huge prints. If you want to dig deeper into X-Trans (Fuji) vs Bayer (everyone else) camera sensors.

DID YOUR POST-PROCESSING CHANGE?
Yes. I did have to build all new presets and you will too. Fuji RAWs are different. Sharpening and noise reduction, in particular, require different settings in post-processing software from other raw formats.

HOW IS THE BATTERY LIFE?
With mirrorless the sensor is powered all the time. Also small camera equals small battery. One battery lasts about 3 hours, so it is necessary to carry a few extras in your bag. It takes seconds to change batteries.

The XT-2 has a new battery level indicator that’s more accurate and less likely, compared to other mirrorless cameras, to give you the dead battery warning out of nowhere. Fuji batteries also don’t hold a charge for weeks idle so charge them right before every shoot.

IS CROP-SENSOR AN ISSUE?
Fujifilm X-Series cameras have APS-C size sensors. I do not think this is a compromise in quality compared to full-frame sensors anymore. APS-C has come a long way. You do need to multiply focal lengths x1.5 to understand a len’s field of view. Example: Fuji’s XF56mm lens works like an 85mm would on full-frame. 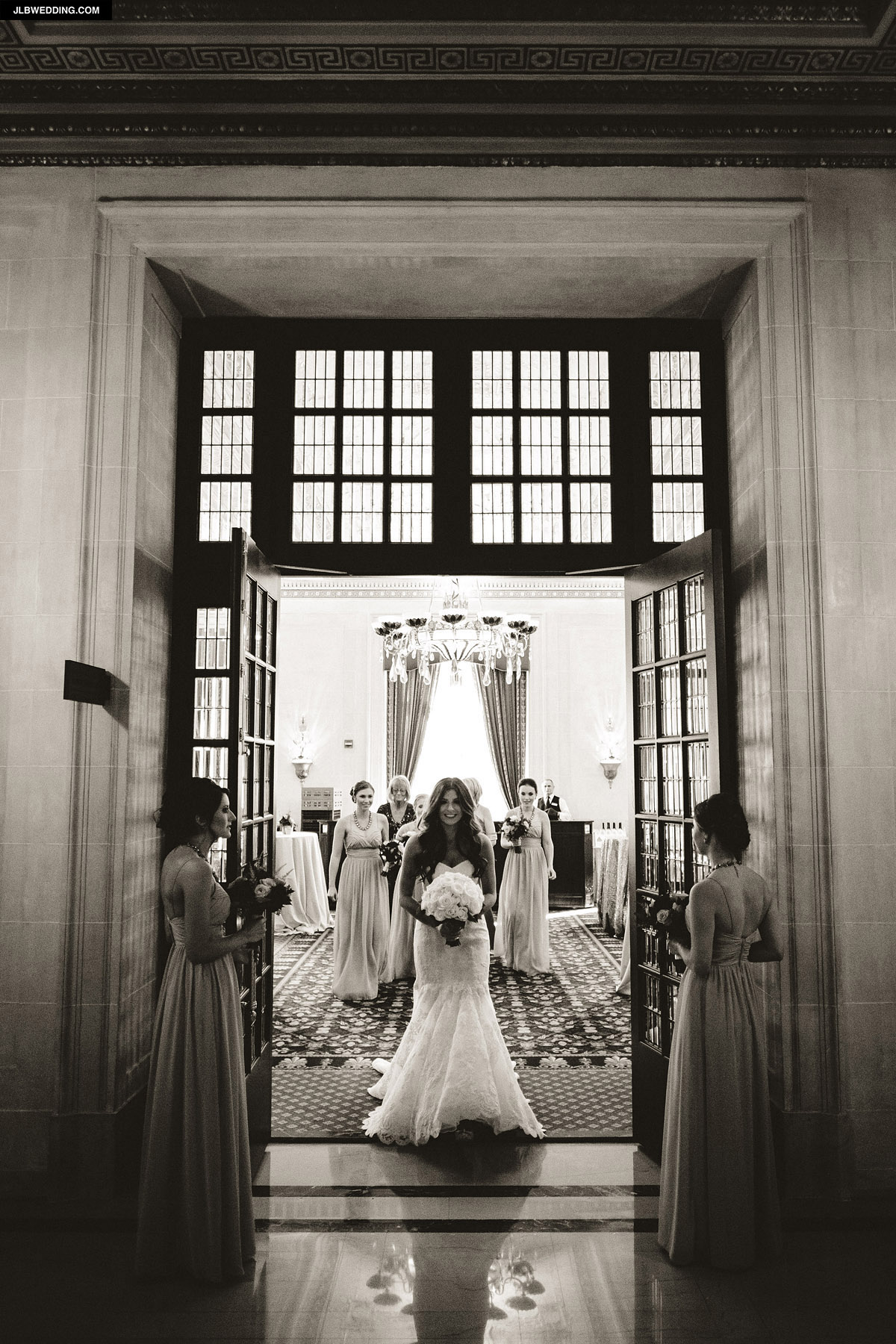 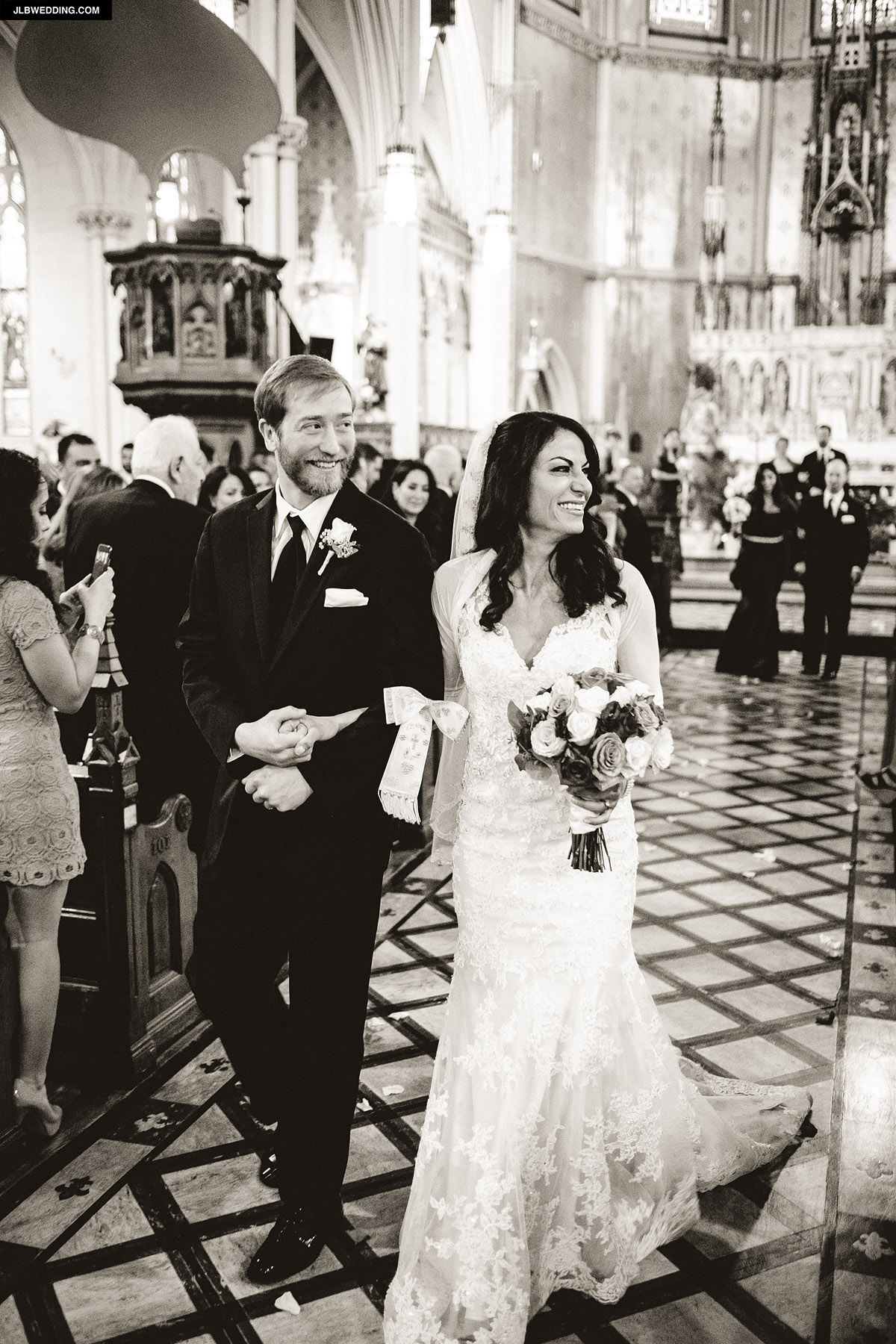 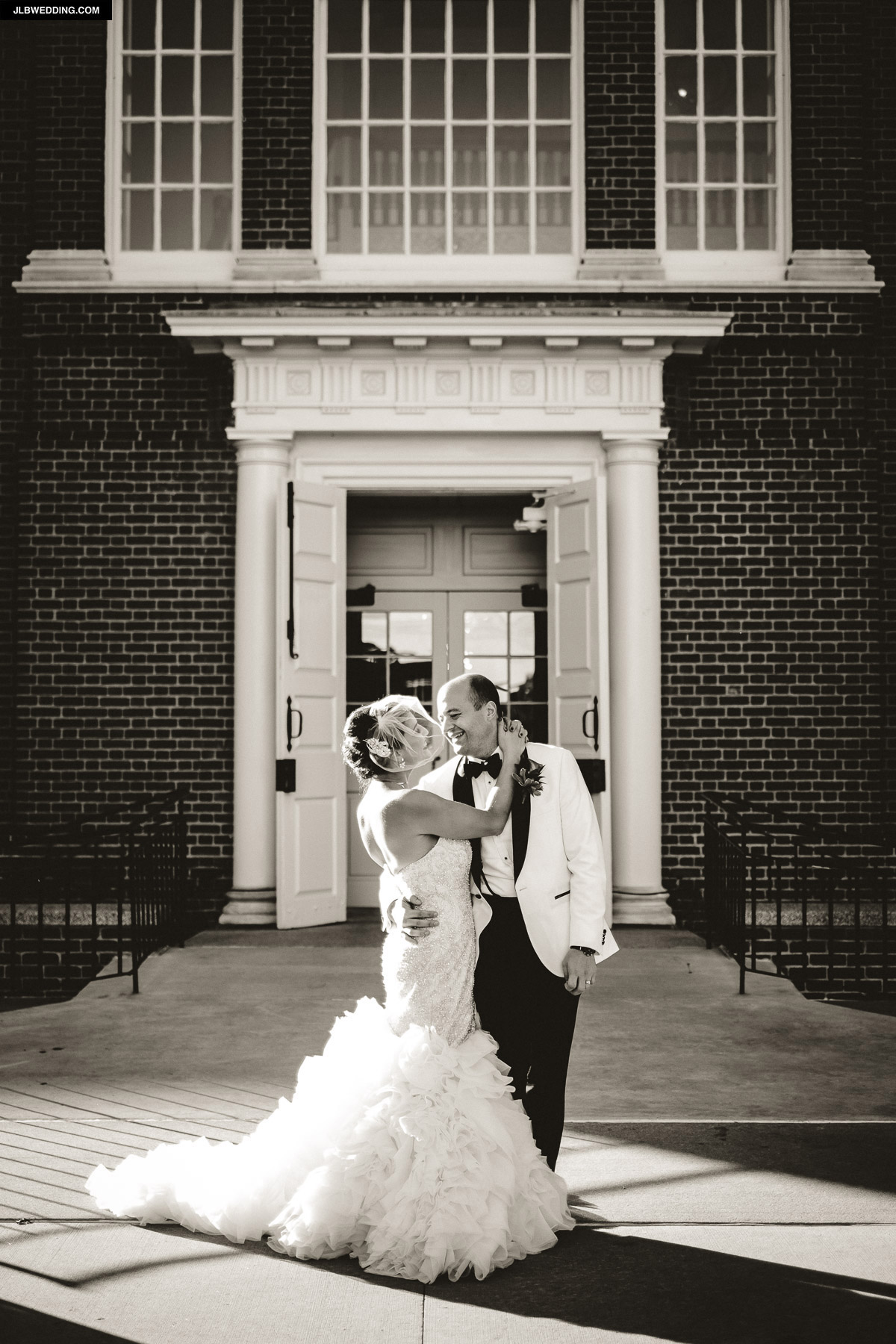 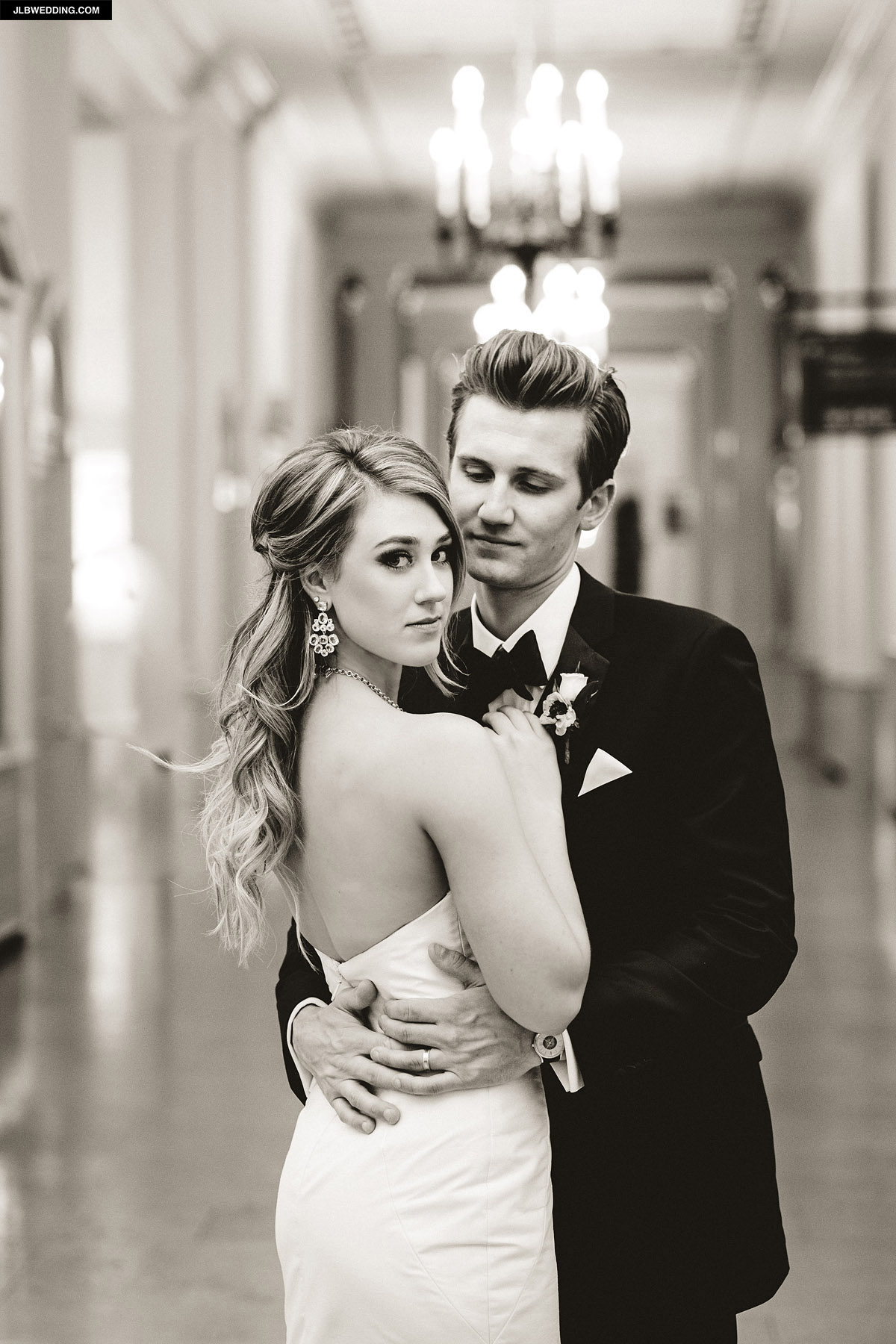 CAN I USE LENSES I ALREADY OWN?
The only adapters currently out there can’t control aperture or autofocus. The upside is they’re only $15. Adapting lenses can be fun but the native lenses are amazing and affordable. I do use an ultra-wide tilt-shift lens via an EF-to-XF mount adapter. Adapted TSE examples: 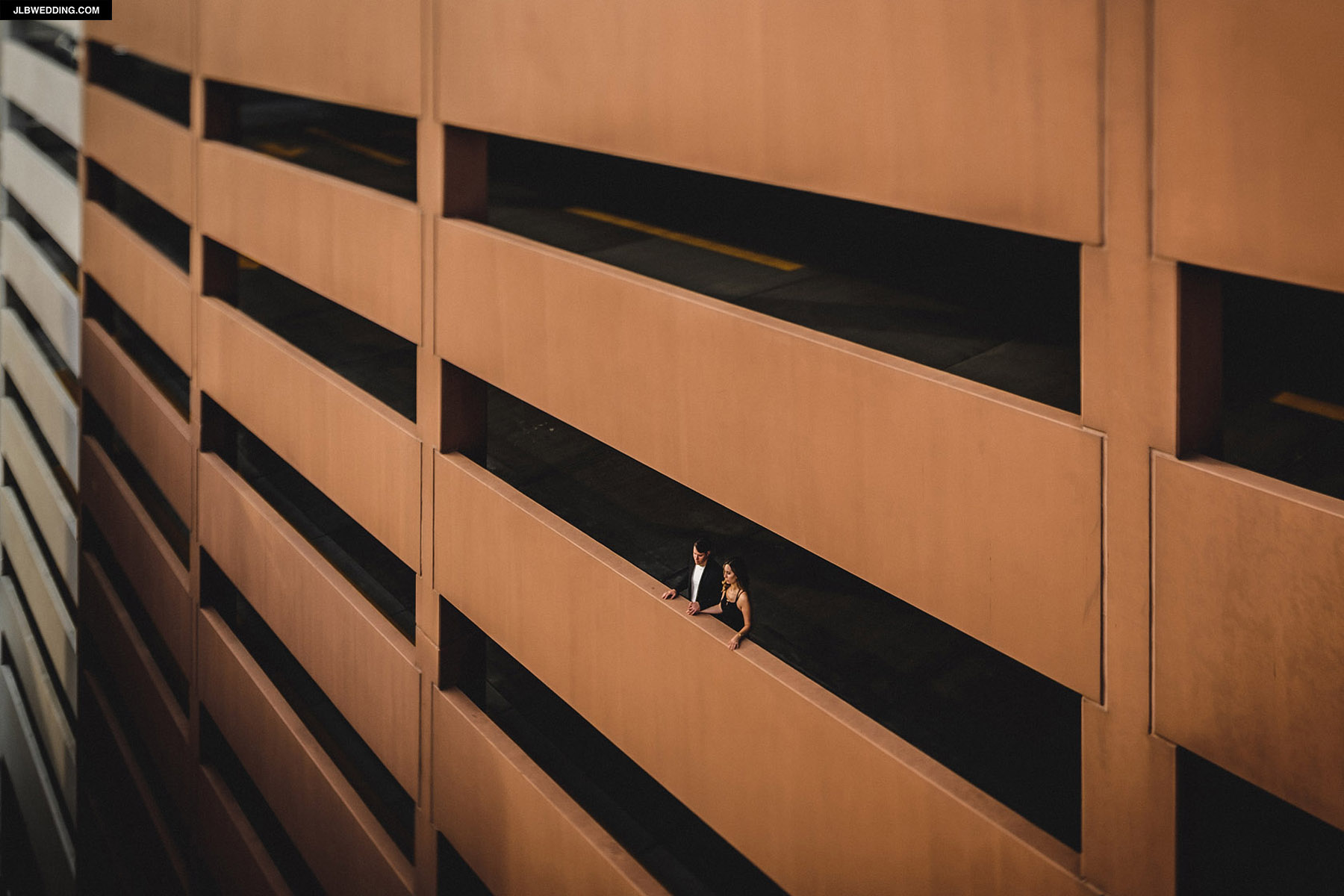 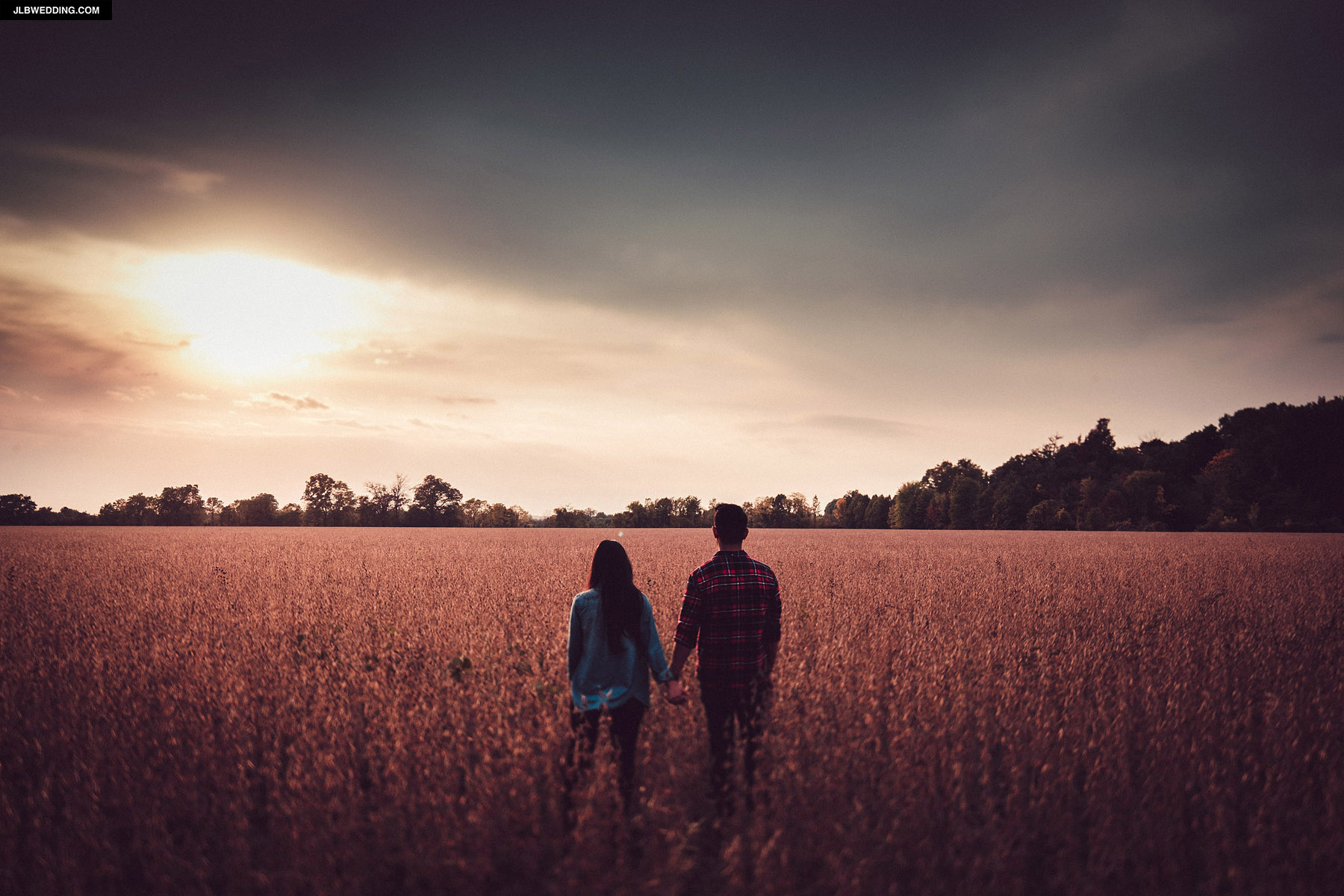 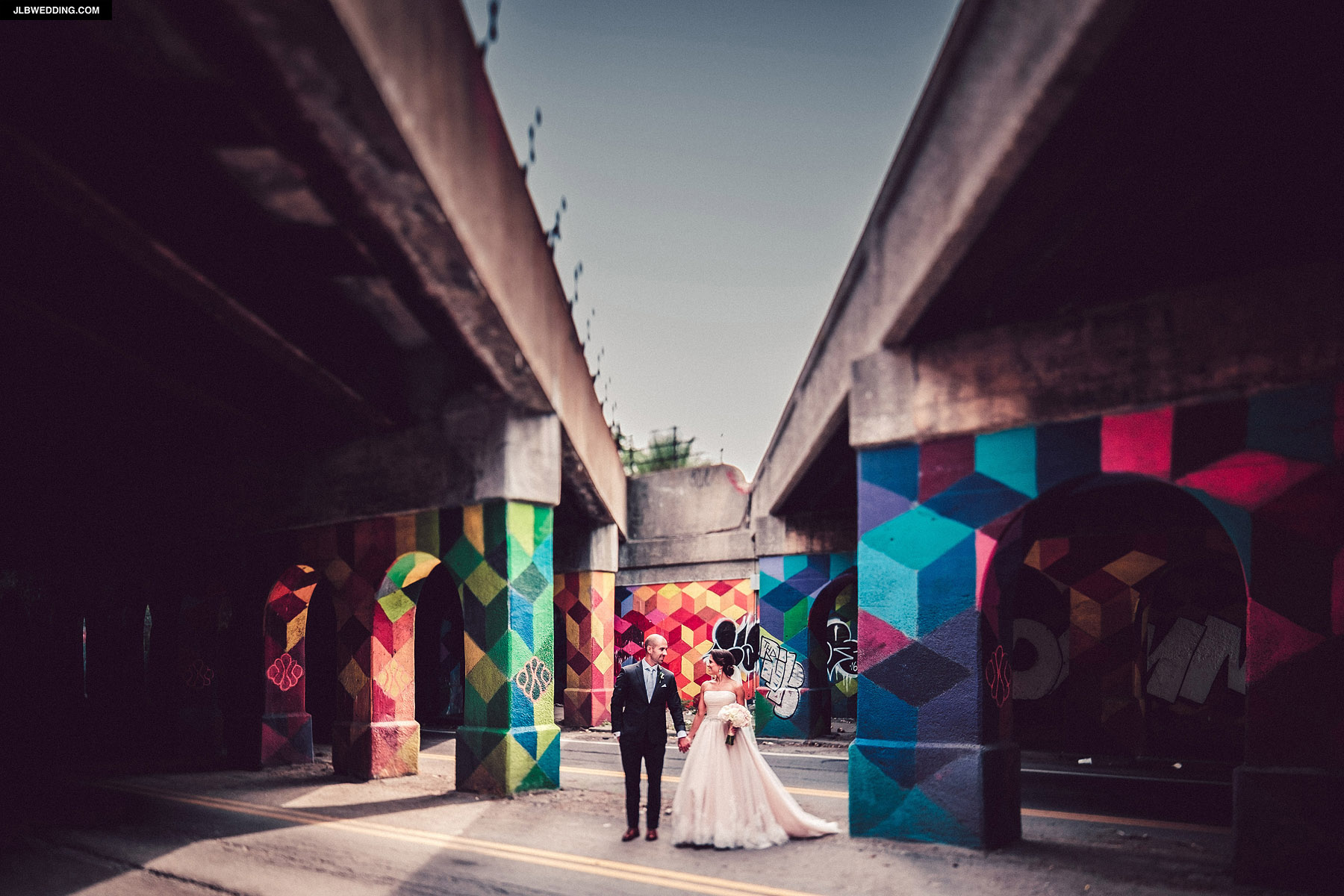 WHAT ABOUT SHALLOW DEPTH OF FIELD?
I most often shot Canon L Primes stopped down to f/2.0-2.5 because the chances of getting everything I wanted sharp was so slim with the aperture any larger. Fujifilm primes wide-open are VERY SHARP. DOF (depth of field) is multiplied x1.5, so the DOF at f/1.2 on Fuji X cameras is similar to the DOF at f/1.8 on full frame. There is still plenty of gorgeous Bokeh. Shallow DOF examples: 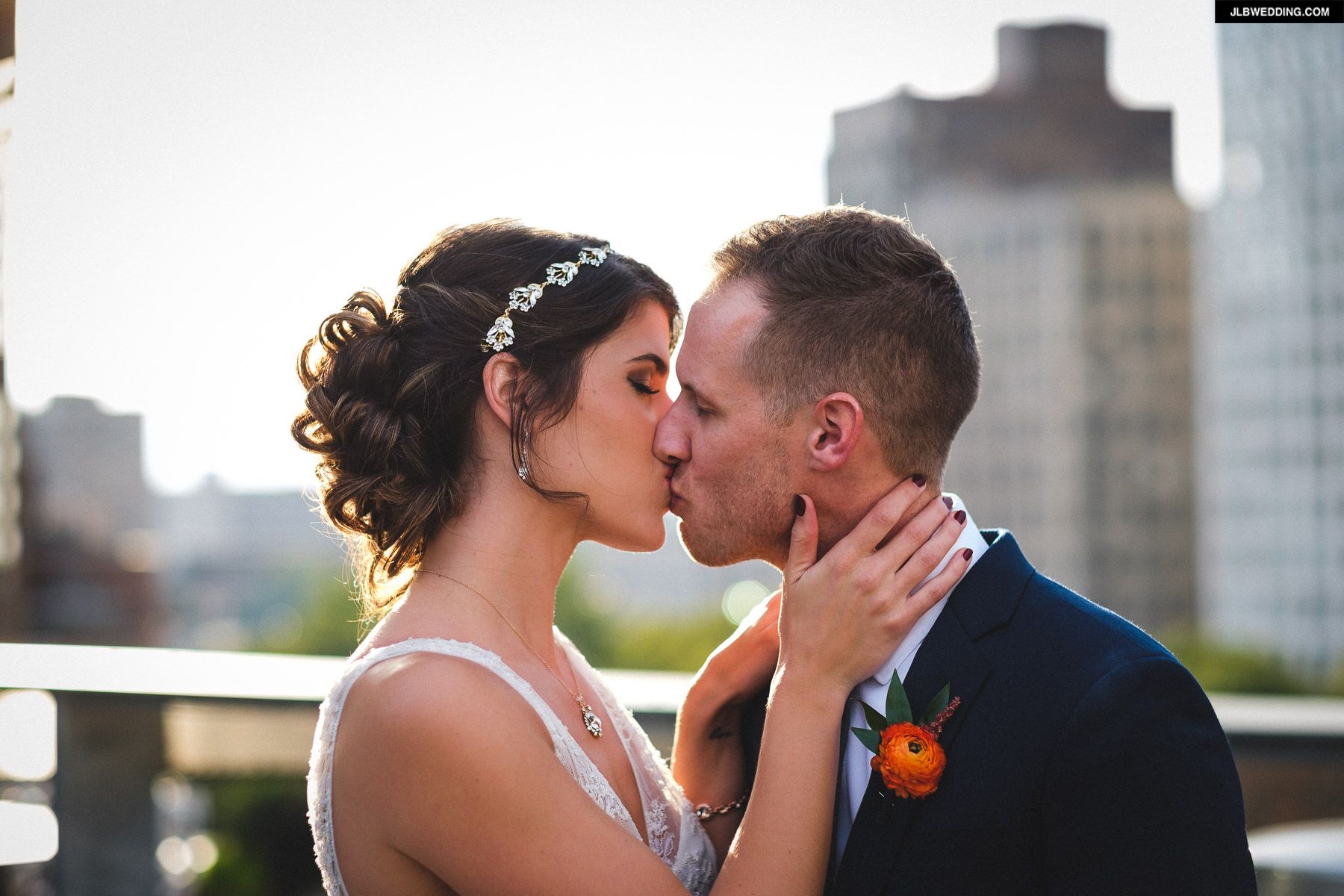 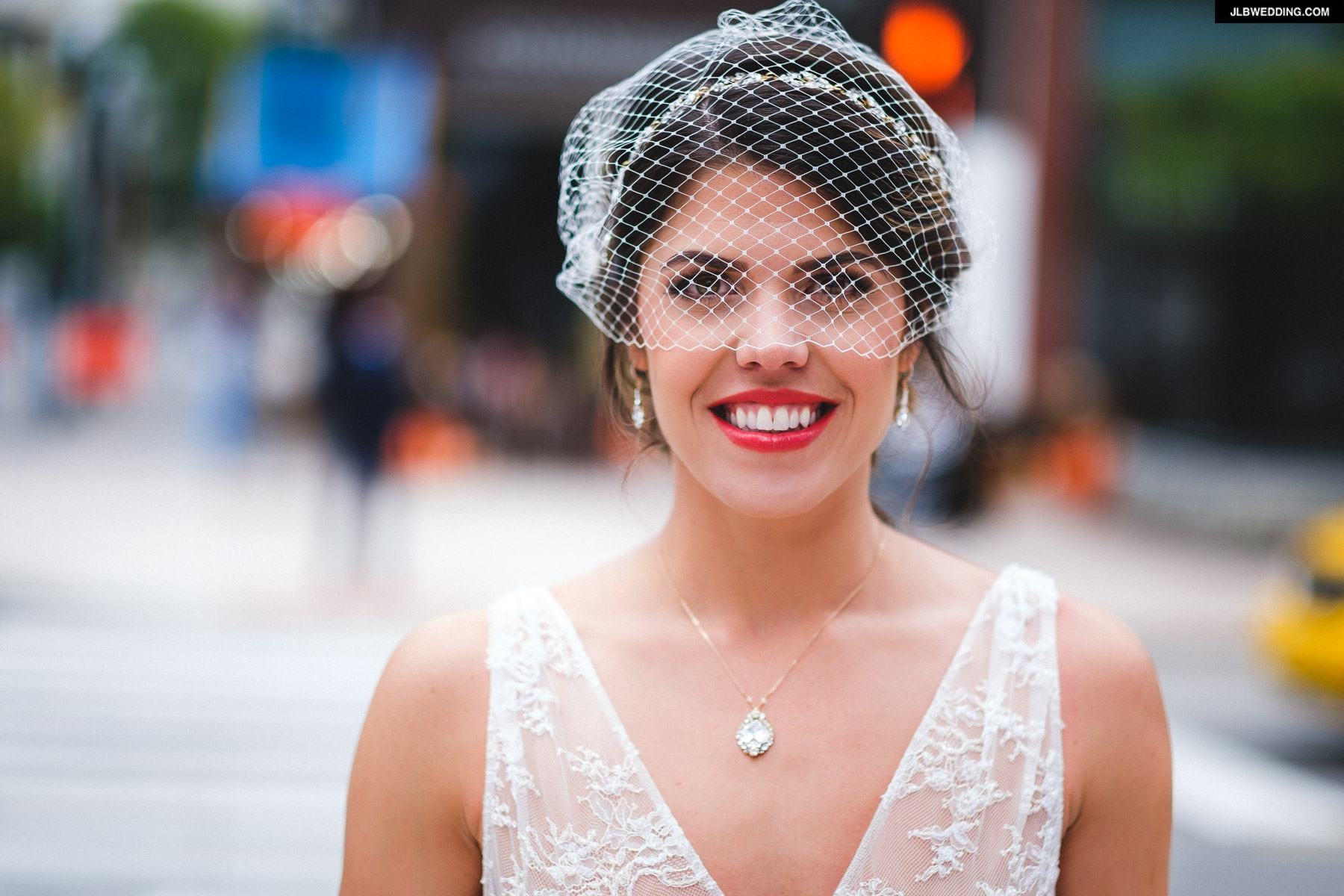 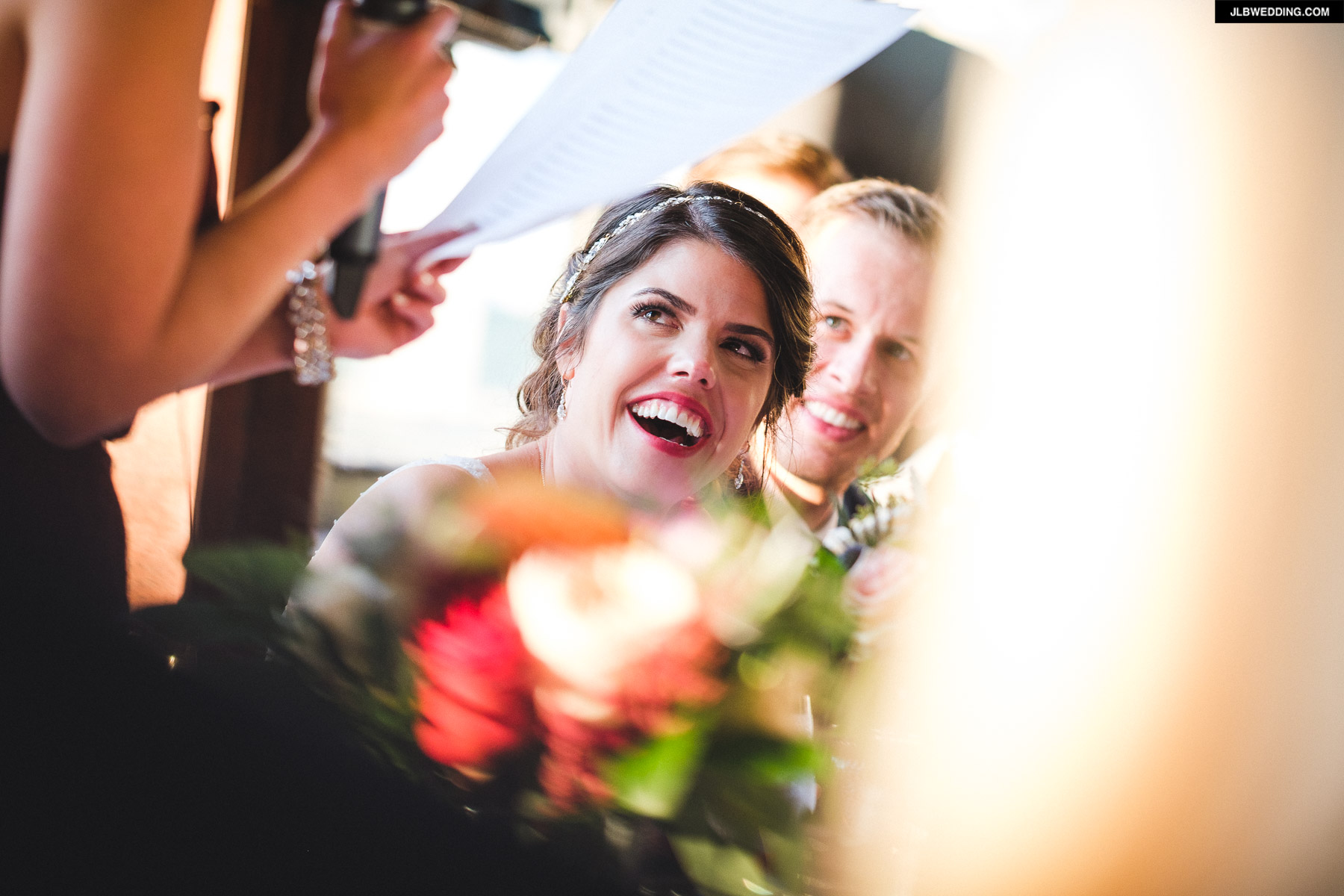 I’M NOT A PRO, WHAT CAMERA SHOULD I BUY?
If you just have to have something other than your phone checkout the many Fujifilm models. There are interchangeable lens cameras including the XT-20, XT-10, XT-1, etc. There are also fixed lens cameras that might be a better daily/travel option: X100t, X100f or even the X70. If you have deeper pockets go XT-2 or X-Pro2.

XT-2 VS X-PRO2?
Same sensor, different style body. I played with the X-Pro2 a few times and think the XT-2 is for me. They feel different: balance, materials, button placement, and grip. There is a hybrid EVF/OVF-rangefinder on the Xpro2, which is neat, but I prefer the bigger/faster EVF on the XT-2. The XT-2 also has improved AF performance and a dedicated ISO dial.

SHOULD I WAIT FOR THE FUJI GFX MEDIUM FORMAT SYSTEM?
If that’s what you want, sure. I personally am not interested in that system for the type of on-the-go work you’ll find on this site. I switched to Fuji X for smaller/lighter cameras. The GFX system is as big as full size DSLRs… seems like an in-studio tool.

BOTTOM LINE
Going Fuji probably won’t turn you into a better photographer. In my opinion, the difference between good photographers and truly great ones is what they can do with the camera (a tool) rather than what the tool can do for them. Fuji lets me get what I want, doesn’t hinder me, and just happens to be half the weight.

WHAT DOES YOUR WORK LOOK LIKE SHOT ON FUJIFILM CAMERAS?
Here are some of my favorite shots from 2016. 100% shot on Fujifilm X-Series mirrorless cameras.

Detroit based photographer Jeffrey Lewis Bennett focuses on couple’s portraits and weddings. Known for art-directed sessions, unique color processing, animated gifs, and tilt-shift photography. Is available for work all over the United States.

www.jlbwedding.com
Naturelles – Capturing emotions through the camera Behind the Scenes! – “At The Edge Of The Sea” movie

From darkness into the light!