Living in San Francisco for so long has brought a unique set of opportunities and constraints. Growing up, I had little interest in really knowing the city, despite its rich cultural heritage and photogenic neighborhoods. It wasn’t until I started college and majored in Urban Planning that I developed more awareness and interest in my hometown, which happened to be one of the most fascinating cities in the country.

I found myself enjoying going outside and exploring San Francisco on foot, which is incredibly easy because the city is relatively small and walkable (other than the hills). This was tremendously rewarding for me, because it felt as if I was discovering the city that I grew up in for the first time. I experienced so many new places and things here, which naturally evolved into a love for photography. 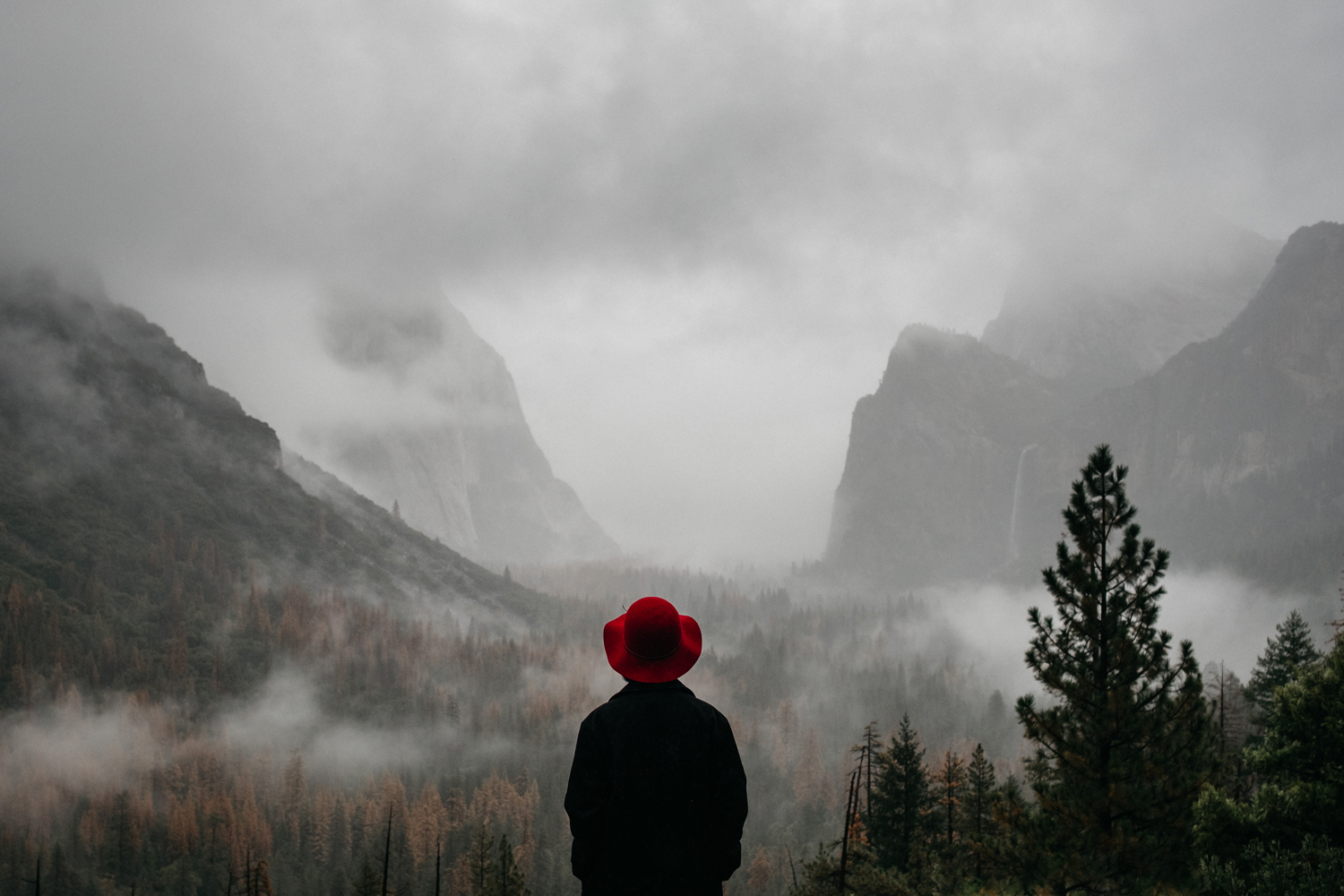 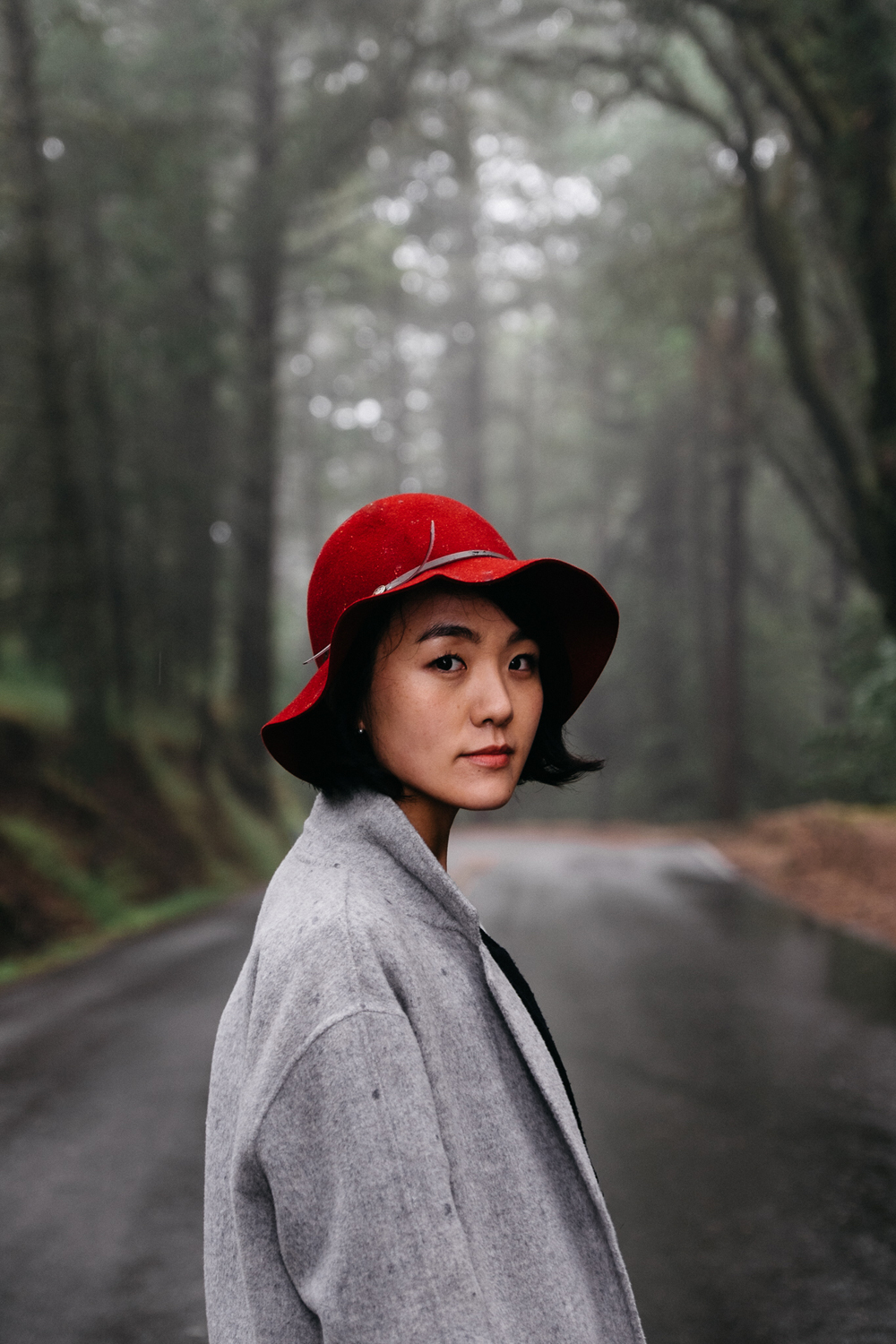 Fast forward five years to now: having explored every neighborhood and discovered all of the photogenic spots, my outlook on San Francisco has changed. You could say that my honeymoon period with the city has ended. Places that used to feel exciting and fresh now feel cliche and dull.

I’m still very grateful to have grown up here and still live here, but finding inspiration in my physical environment has become more difficult now. As a result, I have been forced to shift the emphasis of my photos from locations to light conditions, color matching, and mood, which is much more challenging (in a good way). I call this approach “finding the extraordinary in the ordinary, and creating fantasy from reality”. 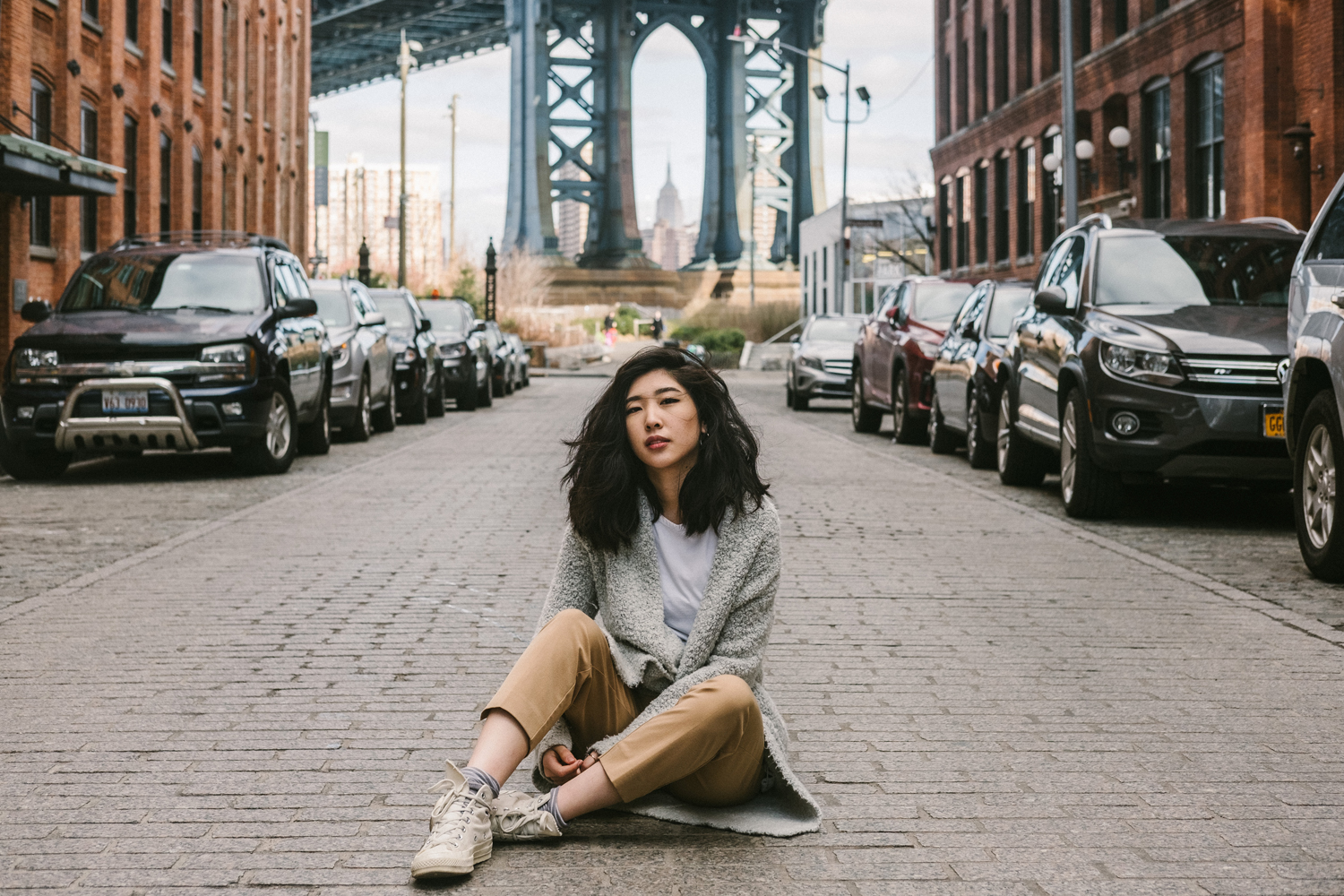 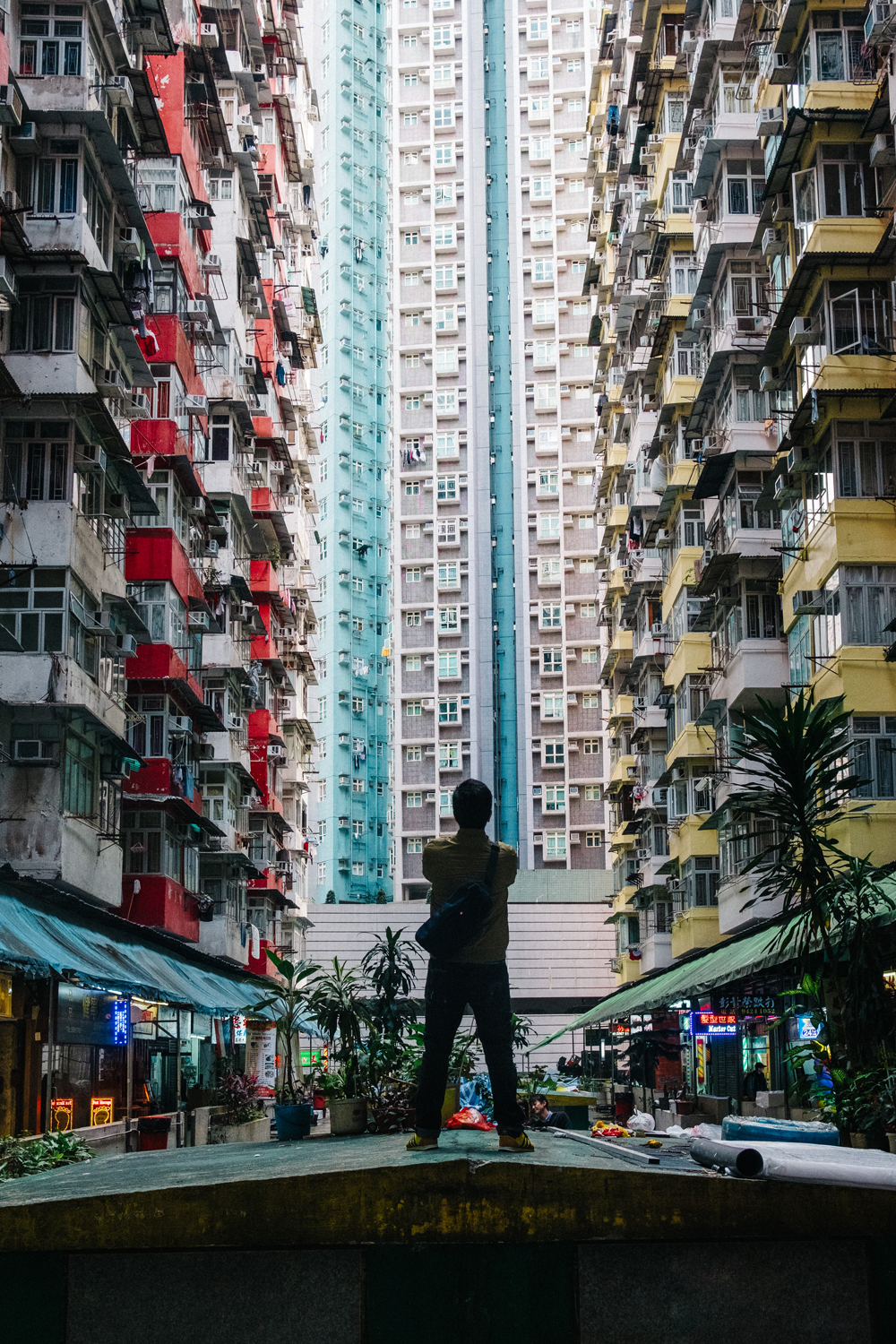 For me, portraiture is not simply taking pictures of people. The word that always comes to mind when I think about the mood I want to convey is “cinematic”. I love watching good movies, and I’m always impressed by thoughtful directing and cinematography.

Sometimes a sequence or frame will make a deep impression on me but I can’t place my finger on why, and it’s this magic quality that I strive to imbue my photos with. Especially with portraits, conveying and eliciting emotion is so much more natural.

Even if the location is commonplace or bland, what you as a photographer add to it is what makes the photo memorable. I feel the most fulfilled when people who see a photo I post comment with how it made them feel, or the story that it told them just by being. 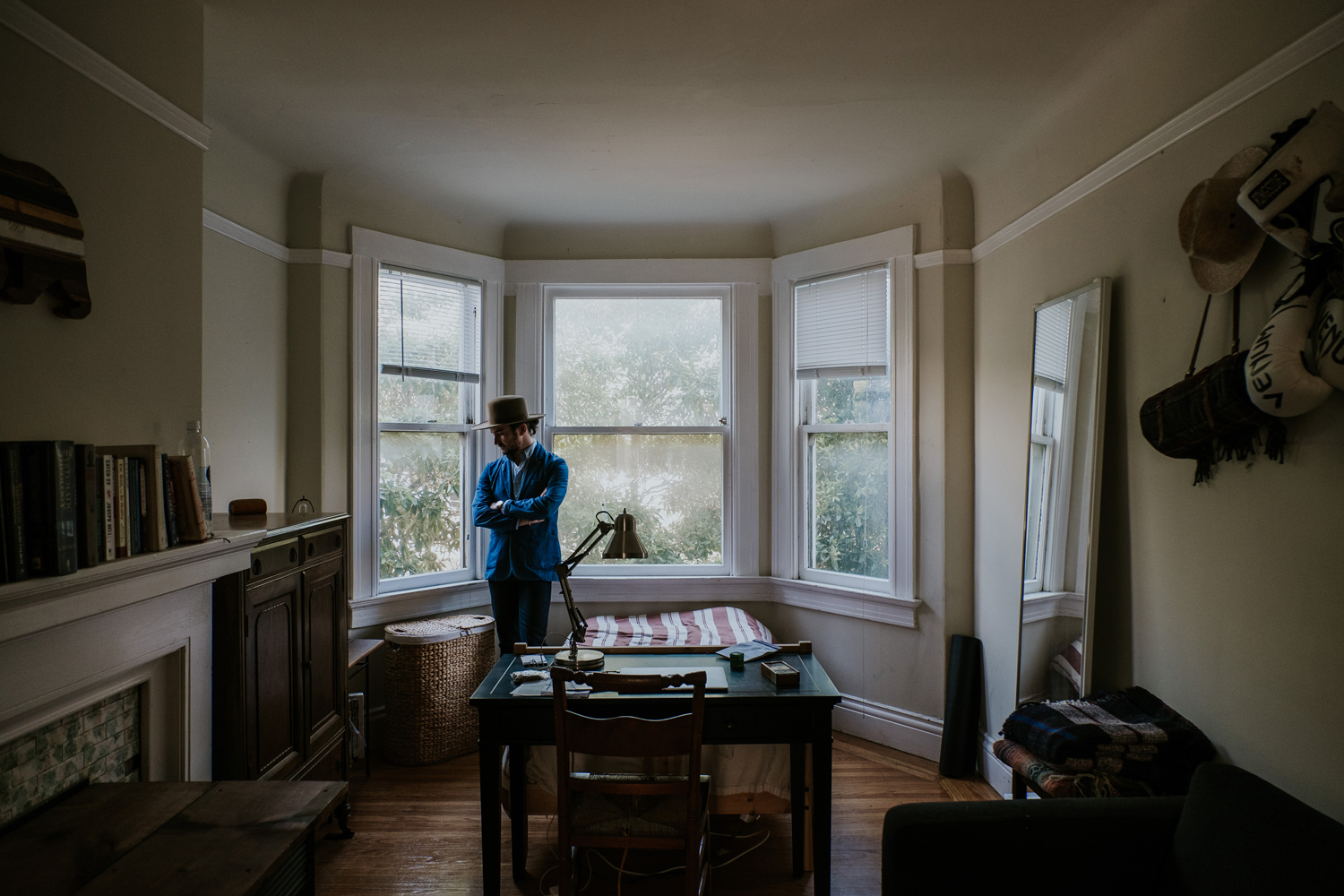 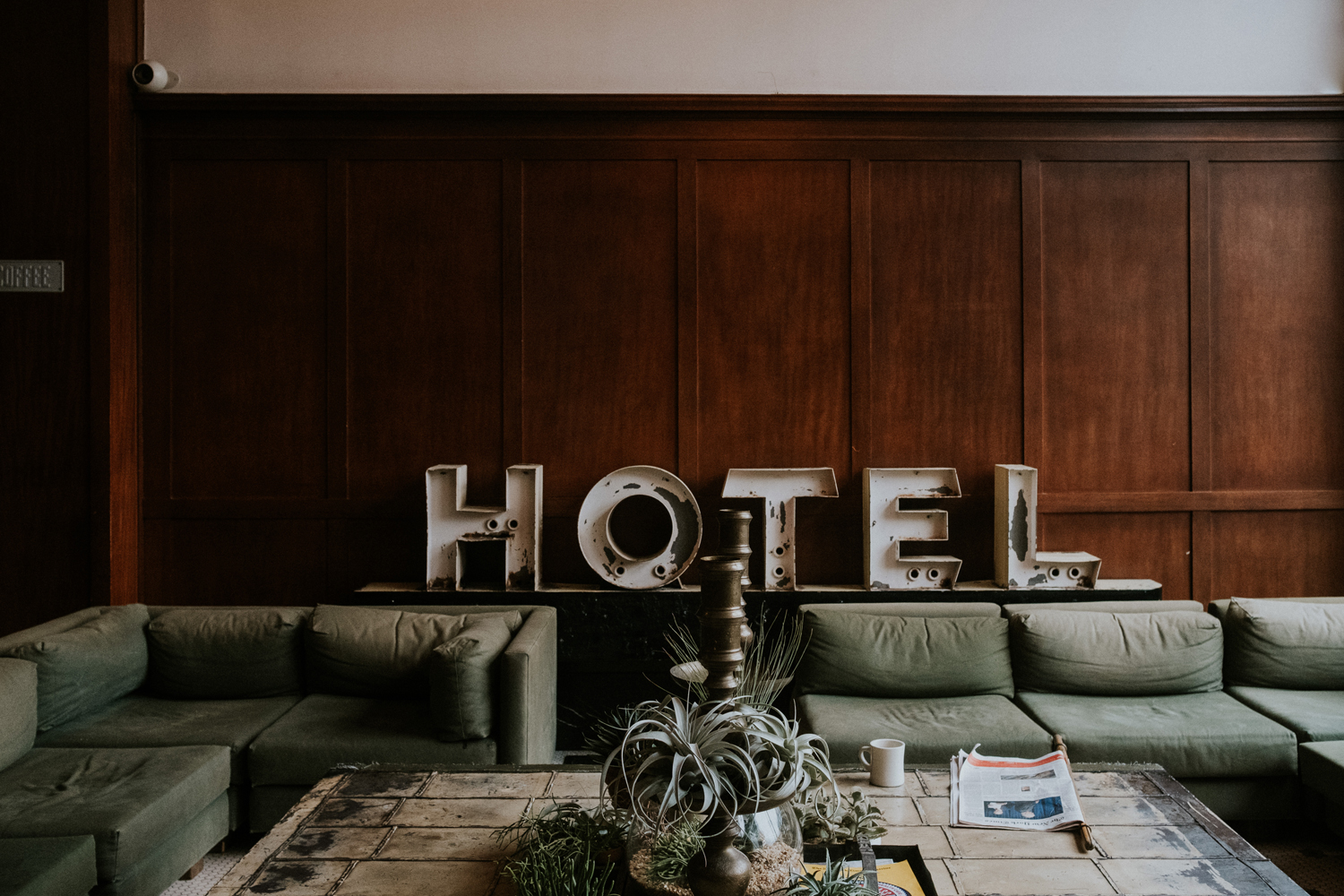 Looking beyond my home environment, I enjoy traveling whenever I have the opportunity. My photographic ambitions have brought me to many beautiful places including Norway, New Mexico, New York, the Washington and Oregon Coast, and Hong Kong.

When I visit new places, I face the opposite challenge: I’ll experience a place for the first time and be overwhelmed by the novelty and discovery, and the photos I take will usually be pretty generic. It won’t be until later that night when look through my photos and think about the place some more that I come up with some creative ideas for how to shoot it, and by that time, I may no longer have the opportunity to shoot it.

Remember that whenever you are about to experience new things, your mind needs to be trained to make quick decisions about what to look out for to photograph, while still being able to fully enjoy the experience independent of taking photos. 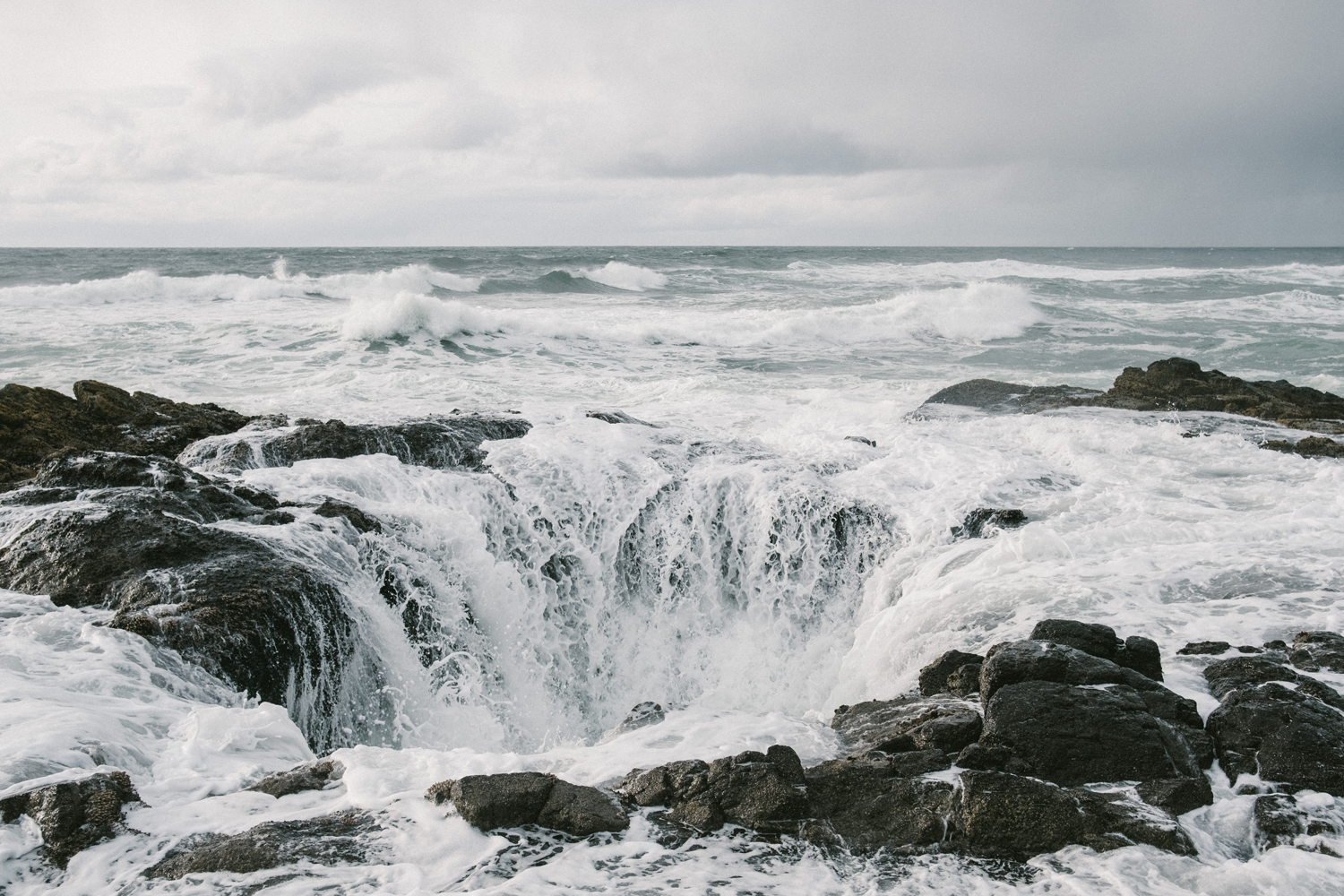 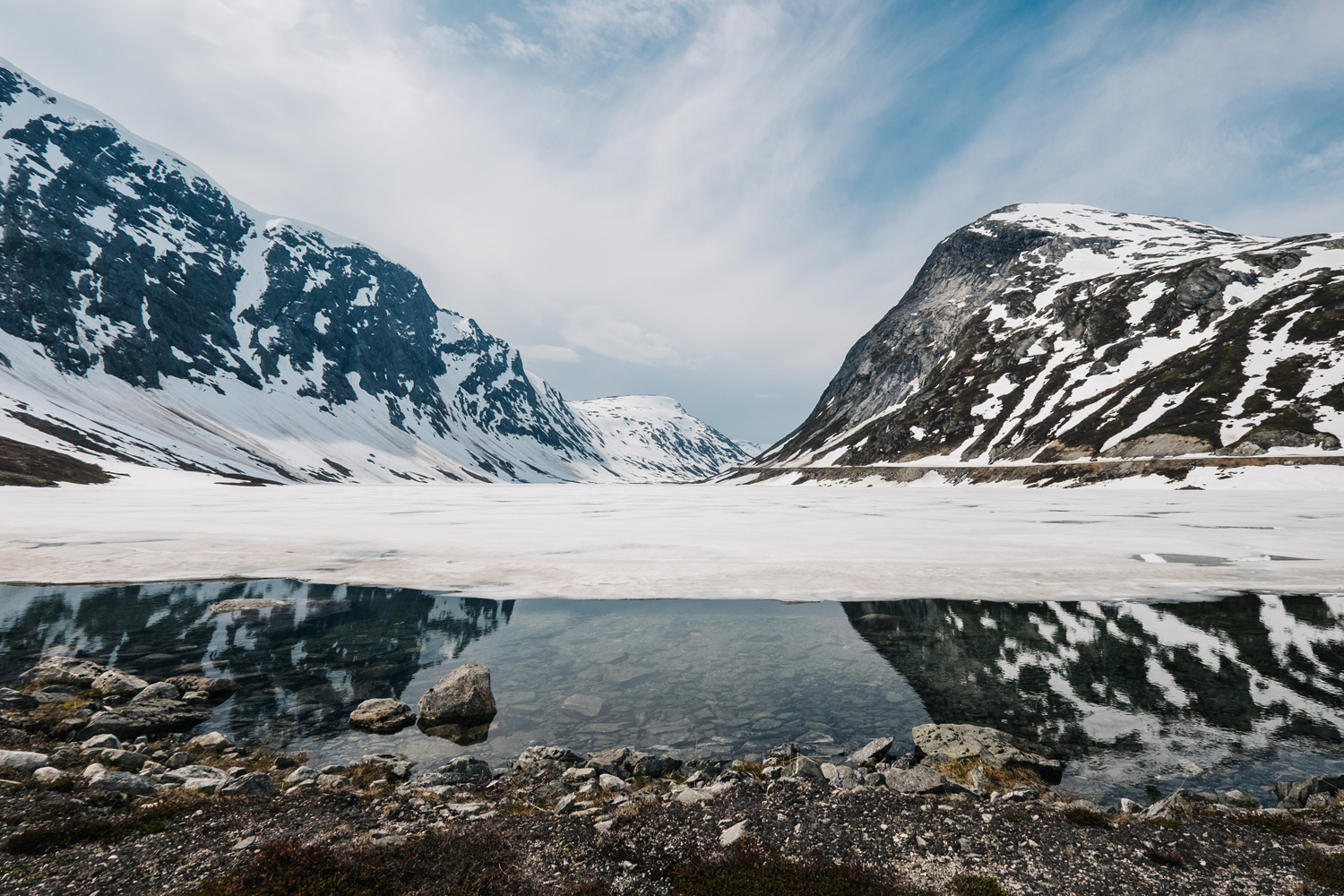 The praises of the Fuji system and its superiority to other systems have been sung plenty of times in this publication and elsewhere, so I’ll just touch on it briefly here. I started off with DSLRs like a lot of other people. I tend to get pretty nerdy about gear of all types, and there were so many options for different bodies, lenses, and accessories that I got pretty hung up on that.

Five DSLR bodies and countless lenses later, I found myself with a Fujifilm X-T1 with 18-55mm lens. Comparing the two systems, I found myself loving Fuji a lot more because I’m a sucker for physical appearances, I was relieved by the lighter weight, and I also liked the flexibility that certain features offered.

Once I got used to the functions of the X-T1, I was able to settle into the same rhythm that I had with my DSLR gear, and I didn’t notice too much of a difference in image quality either. I remember a few shoots in which I carried both a DSLR and a Fuji body (with their own straps) across my body, and fumbling to switch back and forth, as well as switch lenses.

It was really overwhelming, and I quickly realized that this made no sense. I developed the adage “man cannot serve two camera systems,” and quickly sold or gifted away all of my DSLR gear. 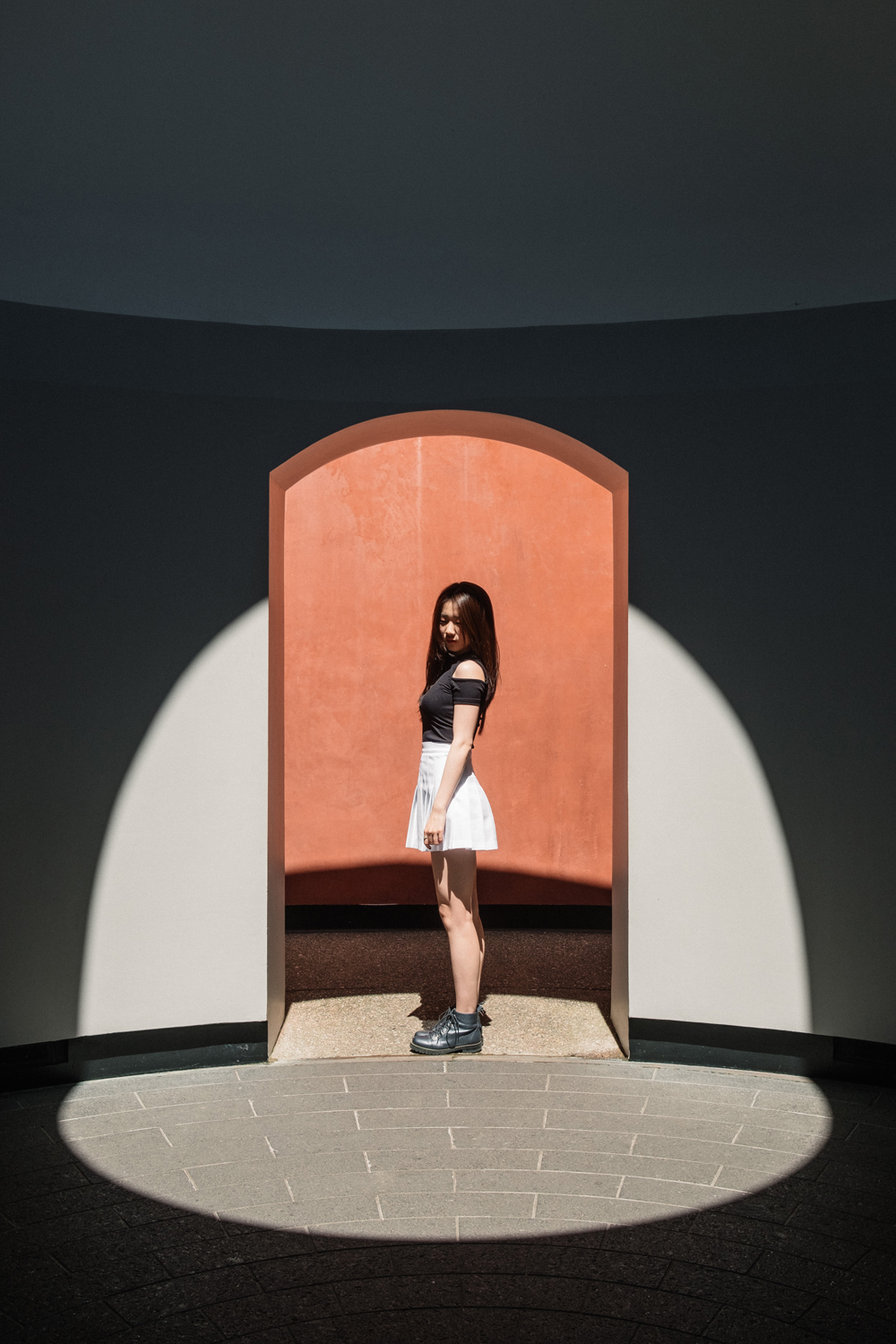 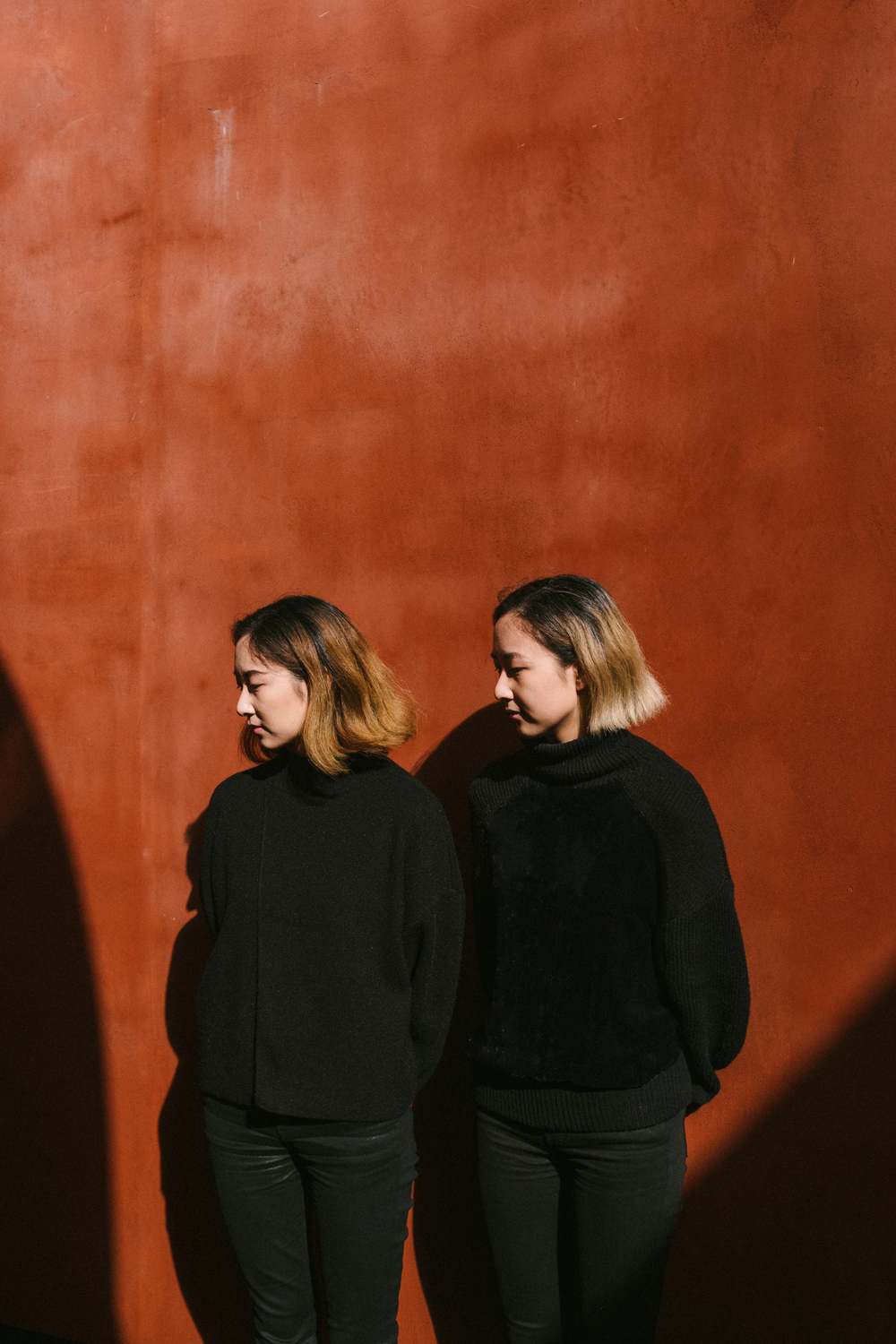 Adhering to this less-is-more approach has served me well, even within the Fuji ecosystem. Today, the only pieces of equipment I own are: X-Pro2 body, 35mm f2 lens, 23mm f2 lens, and 50mm f2 lens. The 35mm is on my camera 90% of the time; I love that focal length because it’s just so versatile.

It’s not just a matter of focal length though. Both Fuji 35mm lenses have such rich colors with just the right amount of compression. I’ll often go out with only that lens, but sometimes I’ll also bring the 23mm only because I may find myself in a cramped space. I also recently picked up the 50mm because I wanted a more isolating portrait lens. 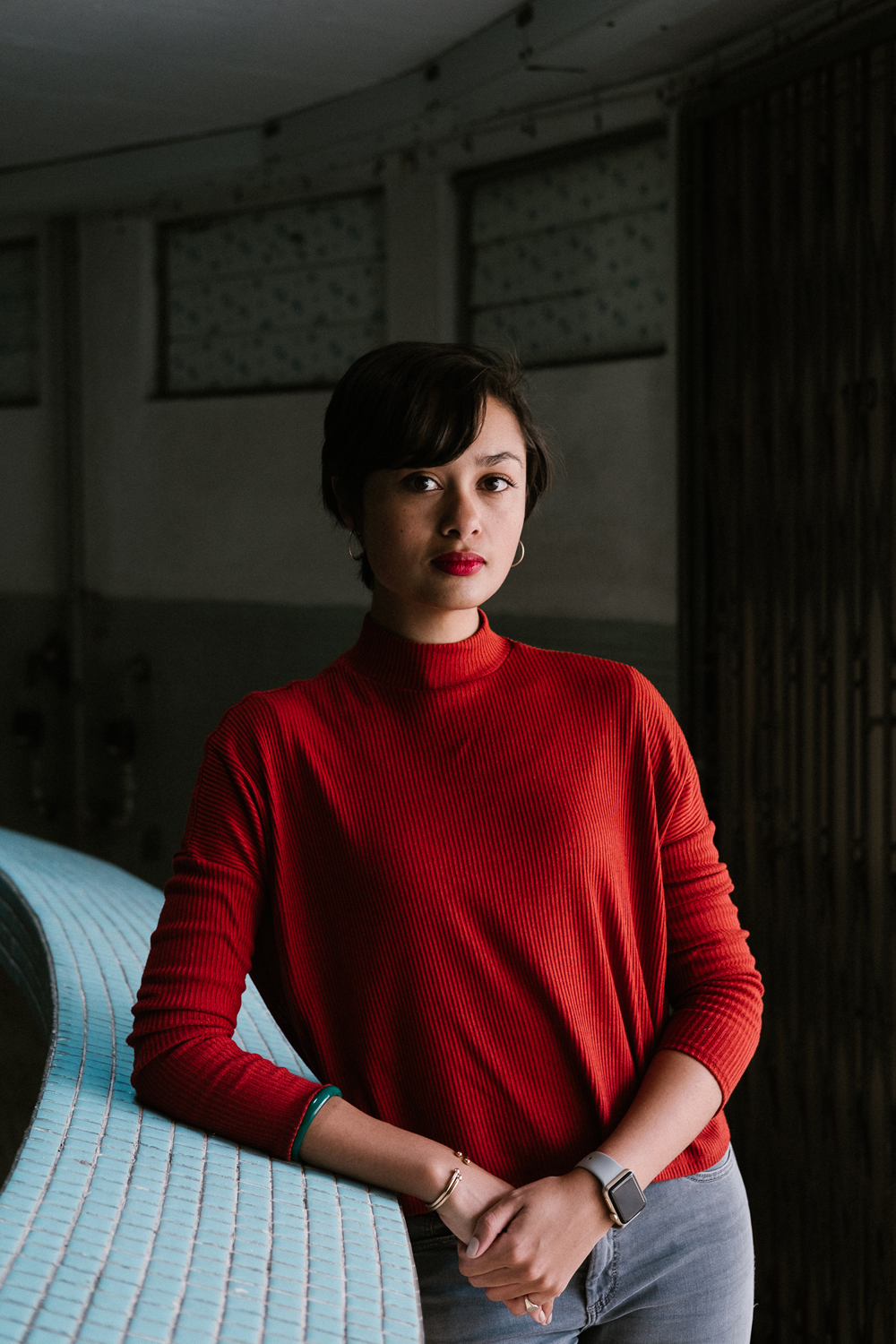 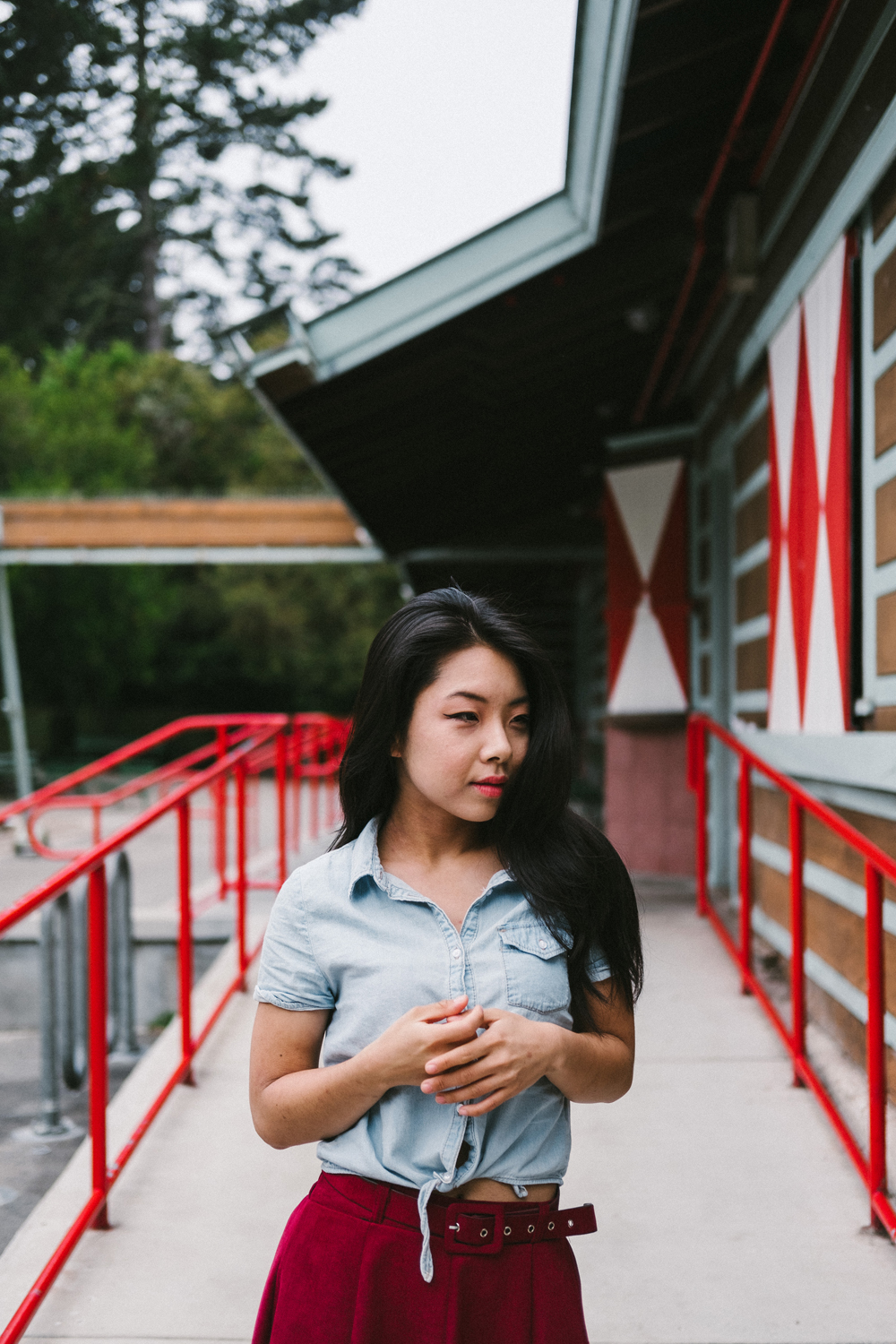 I used to own the 16-55mm 2.8 zoom lens, which was amazing paired with my X-T1, but it was also very heavy. Not quite as heavy as the equivalent DSLR setup, but it was still a strain. Having sharp image quality and speedy handling at every focal length and aperture setting was great, but I wanted to wean myself off zooms and instead exclusively use primes. 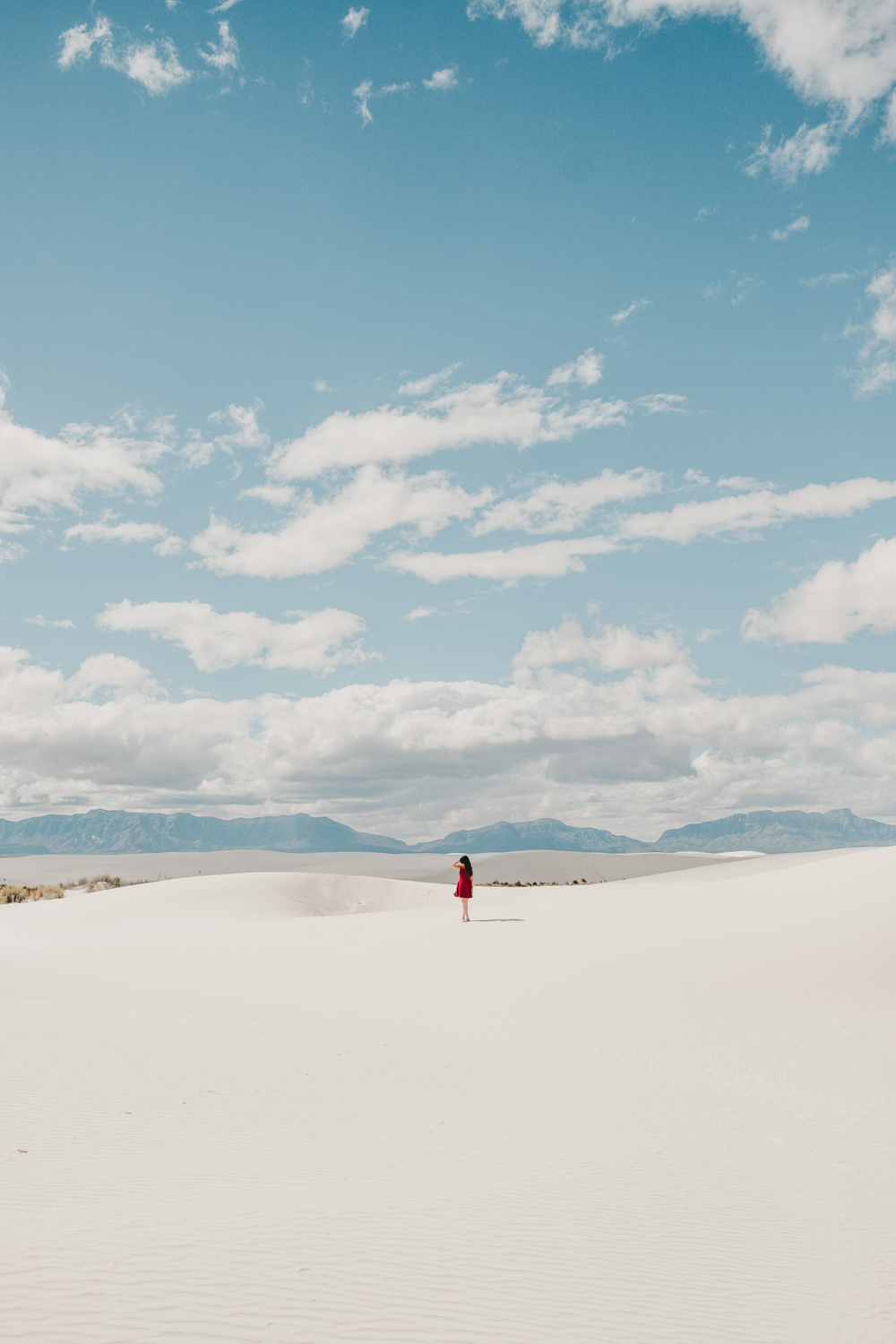 With the one body and the three primes, I’ve found that I don’t lust after gear nearly as much anymore, which has freed me up to concentrate on enjoying and refining my craft more. I know that Fuji lens quality is pretty consistent, and at the same time, I recognize that I don’t need other lenses because I have developed my own style and I already have all of the lenses I need to go with that.

The more enjoyable a product is both to look at and to use, the more the owner will want to use it, which in turn will make them better at the discipline. Traditional DSLRs may be perfectly functional and produce good image quality, but to me, they felt like cold, bland tools. Some may argue that mirrorless image quality isn’t quite on par with DSLR, but to my eyes, it’s close.

And Fuji mirrorless gear is so much more of a pleasure to use and own. Even when I’m wearing my camera over my shoulder turned off, it makes me feel so much more cool than I actually am! The combination of all of these factors is the mark of a truly successful product. 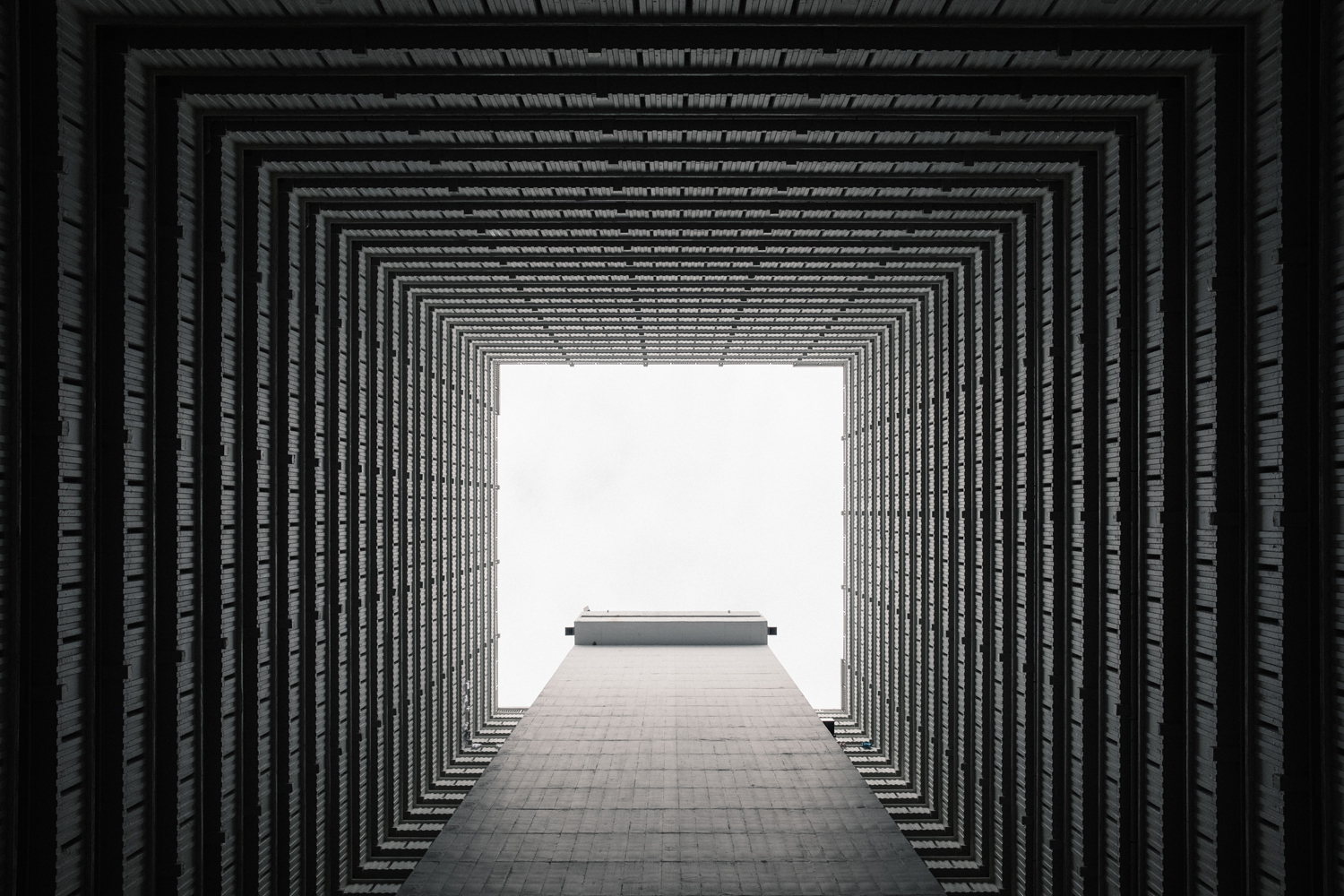 When I’m on the ground doing a shoot, I rely on several things. In preparation, I make sure that my battery is fully charged, and I bring an extra. I also make sure that I have at least one memory card in the camera (dual slots is such a great feature) and that it has been formatted, if necessary.

While shooting, I only use the EVF on the X-Pro2. I actually wish there was a way to keep the viewfinder from switching back and forth between OVF and EVF, but I’ve just learned to get used to that. Having a viewfinder that displays exposure in real time has been such a huge advantage over DSLRs, and in fact, it’s eliminated the need for immediate image review. 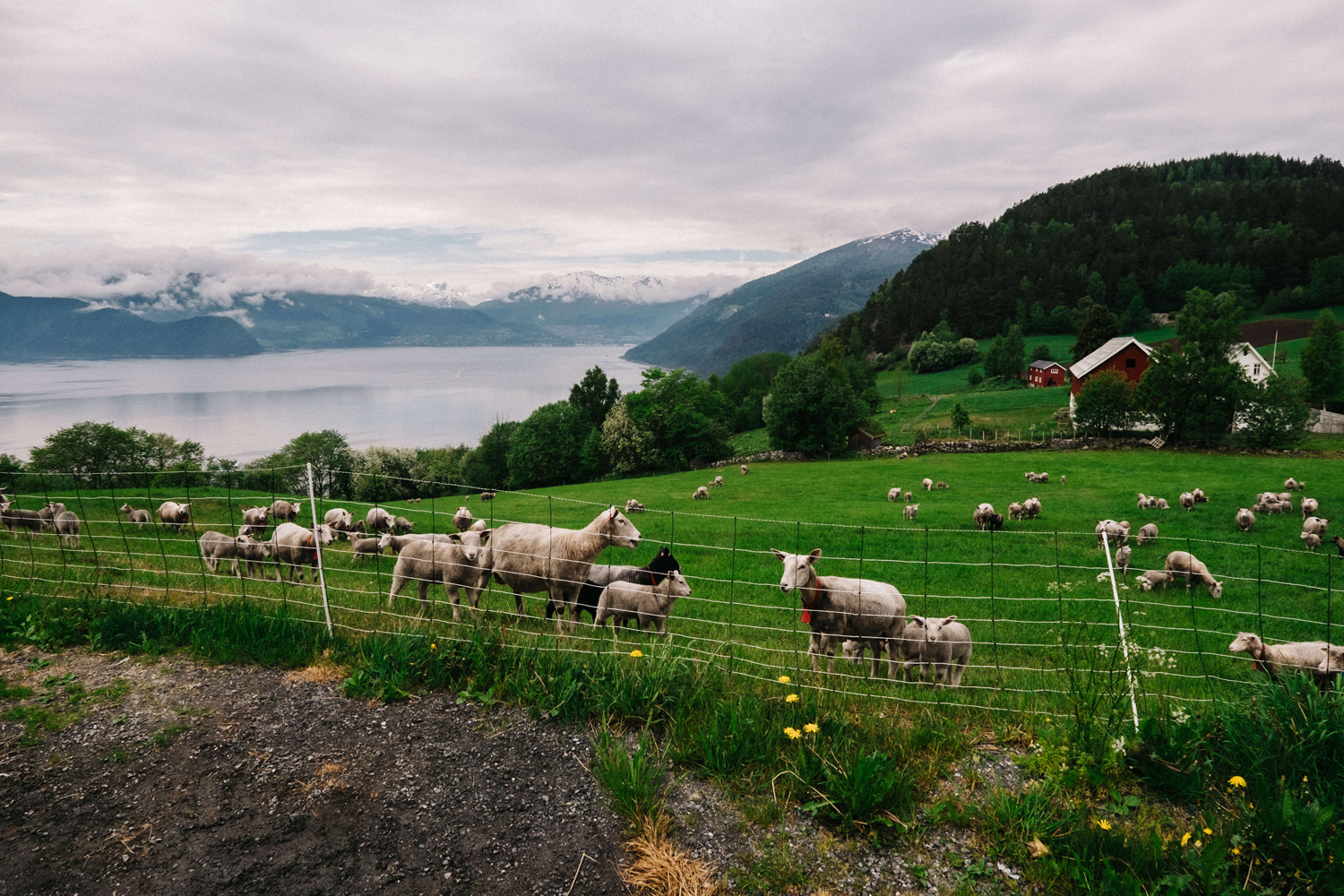 This has allowed me to devote my undivided attention to what I’m doing in the moment. I only press the play button if I really need to review something. I always shoot in T (time) shutter speed mode so that I can freely scroll through the whole range, as sometimes dramatically changing lighting conditions force me to compensate.

I also always shoot in auto ISO up to 1600 and use the exposure comp dial to make adjustments as necessary. All of this makes for an amazingly smooth experience that, once again, allows me to focus completely on the shoot. 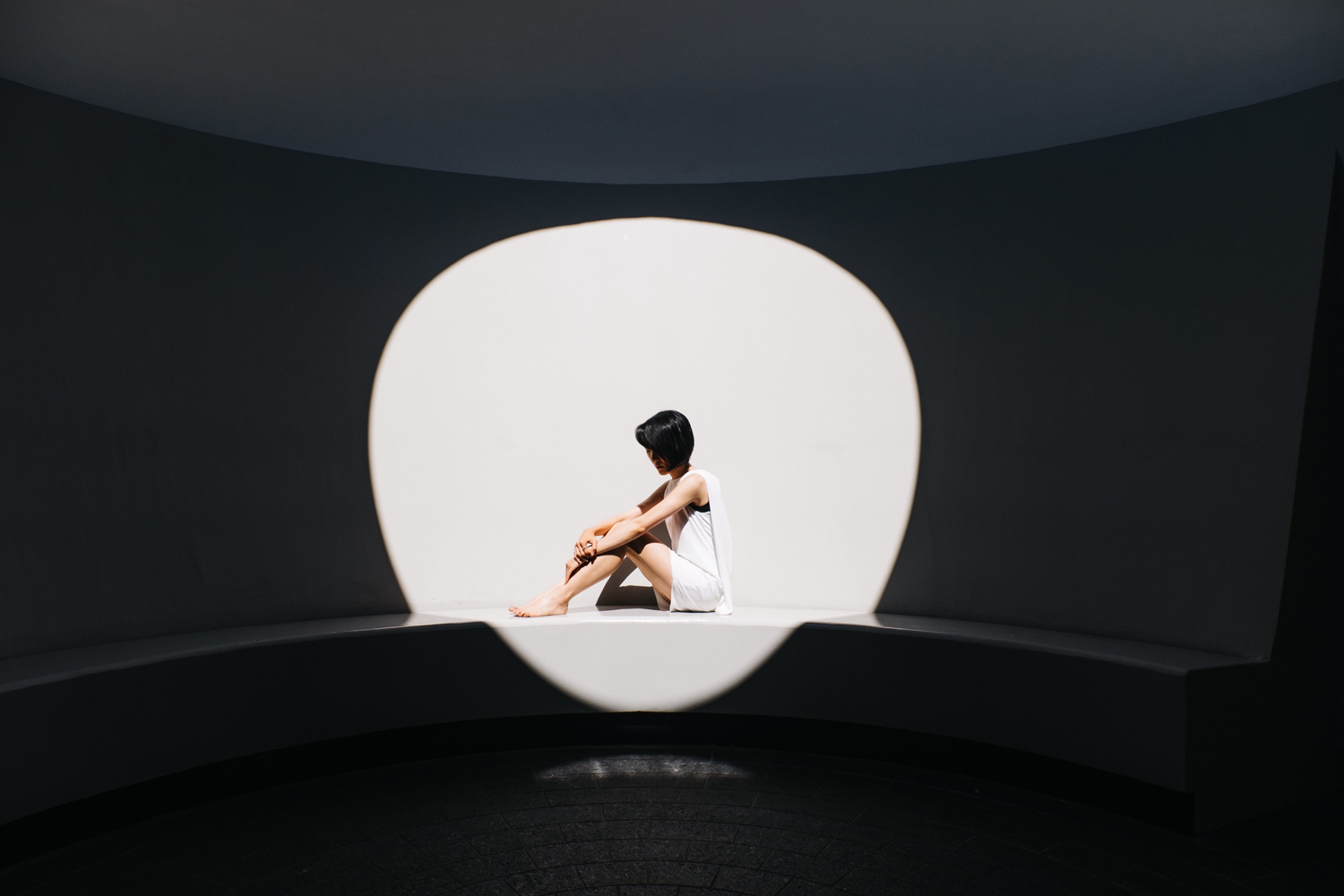 I firmly believe that good photos come from the photographer, not the gear. But good gear helps the photographer get those results by making the shooting experience as smooth as possible, so that operations are functional and distractions are minimized.

GREAT gear does all of that AND goes above and beyond by facilitating an enjoyable user experience. All the practices that I implement as well as all the gear I use help me achieve my goal of attaining the best shooting experience possible to realize my artistic visions.

David Leøng is a portrait, adventure, and music photographer based in San Francisco,
California. He has been hired/featured by numerous companies including VSCO, Instagram,
SKYY Vodka, and Canadian Softball, but his primary passion is shooting photos to fulfill his own artistic visions. Ever since acquiring his first Fujifilm camera in 2015, he has fallen in love and never looked back. When not taking photos, he works as a user experience designer and also plays guitar.