Seeing With The Heart

Hi, my name is John FitzGerald. Like a lot of kids I was given a Kodak Box Brownie when I was young. I used it from time to time but not obsessively. Much later in life I started to use a camera a bit more frequently but it was not until I was much older that I started to get really involved. I started to look at photography journals and books and then discovered the world of some of the great masters of photography. Photographers like Henri Cartier-Bresson, Ansel Adams, Alfred Eisenstaedt, Robert Capa and W. Eugene Smith. It was as though someone had suddenly switched a light on in a dim room. These images were not just recordings of time and place but more an insight into the soul of mankind. Who can not be moved when seeing Smith’s graphic image of Tomako Uemura and her mother taken in 1972, depicting so poignantly the effects of mercury poisoning in the fishing village of Minamata? This photo, often called “The Minamata Madonna” had a huge impact worldwide, just as did also the shot of nine year old Kim Phuc running from a napalm attack in Vietnam; a shot by Nick Ut that surely had an effect in shortening the horrors of that war. I looked at images like these and thought “You can do that with a camera? You can touch someone whom you don’t know and have never seen?” I was hooked. In the few years before I retired I started to get a bit more serious. It had been somewhat of a hobby until then, I suppose, but now it became an obsession. One of my four sons is an artist and musician and we have both often said that, even if no-one ever saw the images we produce we would still feel the compunction to make them. It is part of our DNA. It drives us. 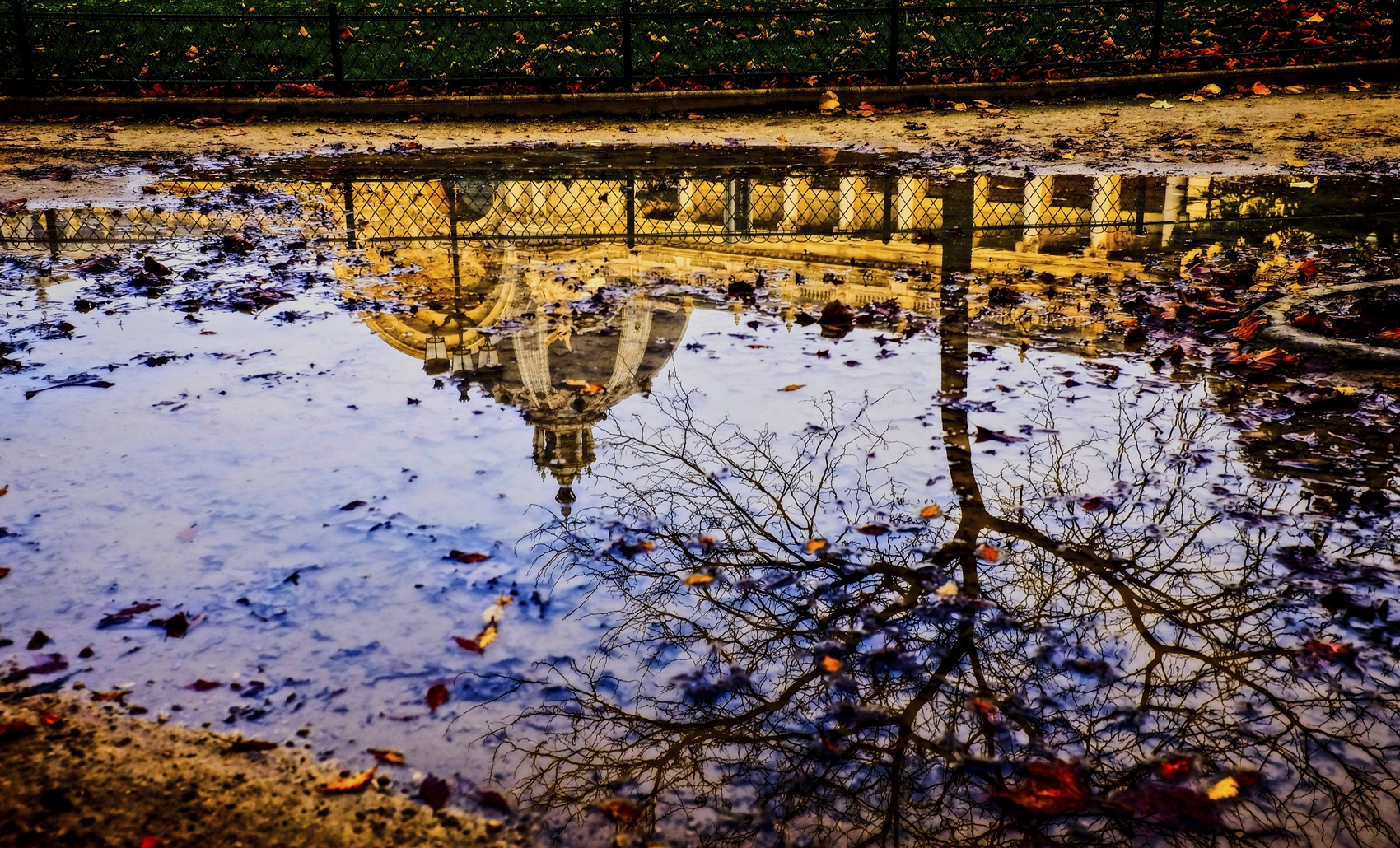 I spent many hours in the darkroom developing film and then watching the chemical magic materialise into black and white images, or else waiting for colour slides or colour negatives to be processed by laboratories, then sorting through to see which ones were worth keeping. I have a collection of old cameras, some dating back quite a while. One is an old Kodak folding bellows-type camera, made in 1913, that belonged to my father. It’s very precious to me.

I used a number of different cameras; a Yashica Mat, a Mamiya 645 and then largely Nikons and Canons. When I started using digital cameras I already had a few Canon lenses so I stuck with that brand and I loved them, especially the Canon 7D.

A few years ago I bought my first Fuji camera, the Fujifilm X100S. Wow! This was love at first sight. Sure, it didn’t have interchangeable lenses but it was (and still is) so sharp. And unlike the Canon it is unobtrusive. For street photography it’s not an intimidating piece of equipment as are so many of the digital SLRs. People seem not to notice it. It made me change my way of approaching things to some extent. I took it to France in 2014 and was so glad I did because my Canon 7D decided to die and I could not get it repaired until we returned to Australia. I was happy with the shots I got with the X100S, some of which you may see here. I subsequently bought the X-Pro2 with the 18-55mm lens, reasoning that the X100S would suffice for many of the landscape shots and panoramas that I could stitch together (initially in Lightroom). I subsequently persuaded myself that 55-200mm lens would be a good investment. 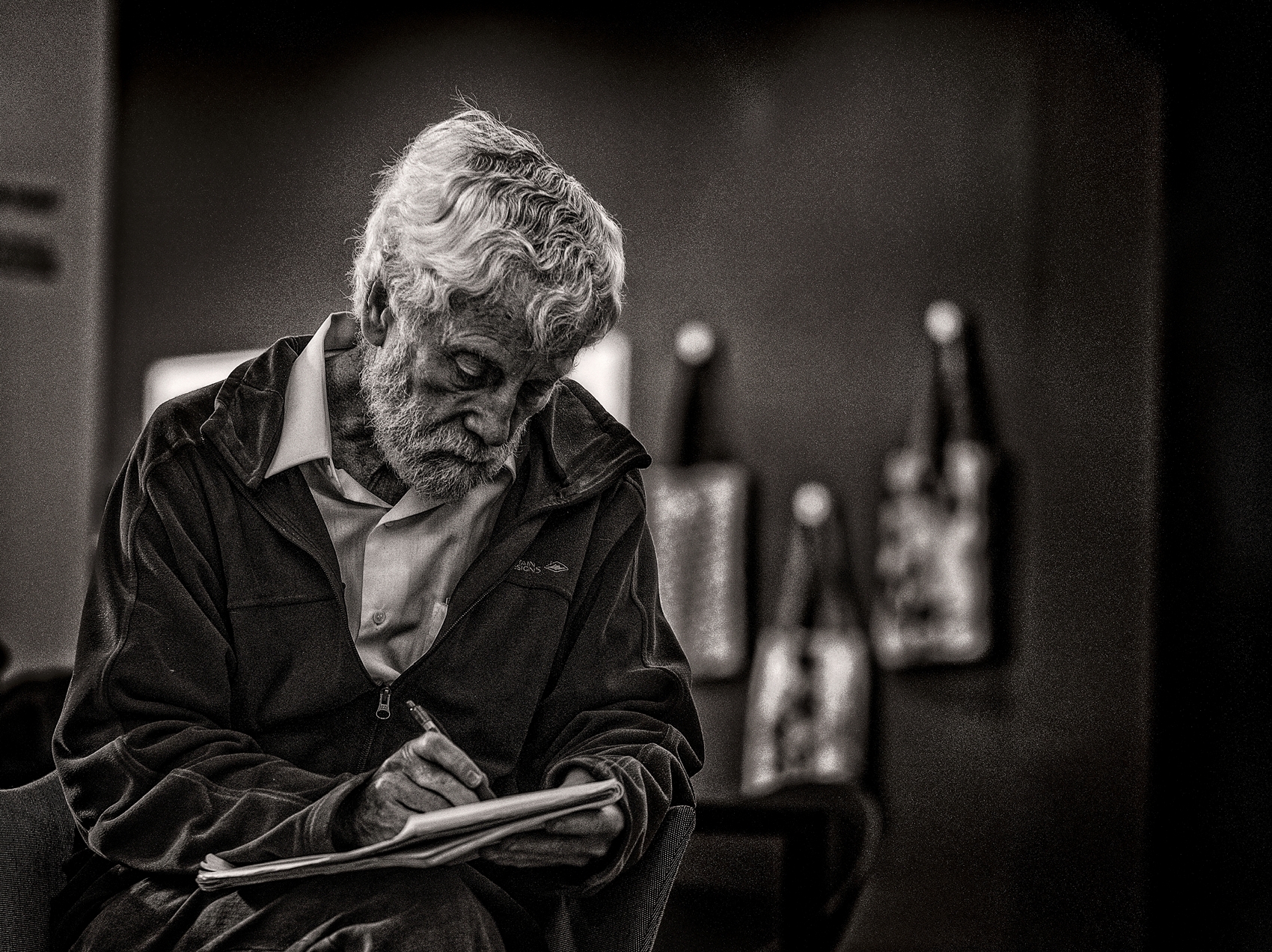 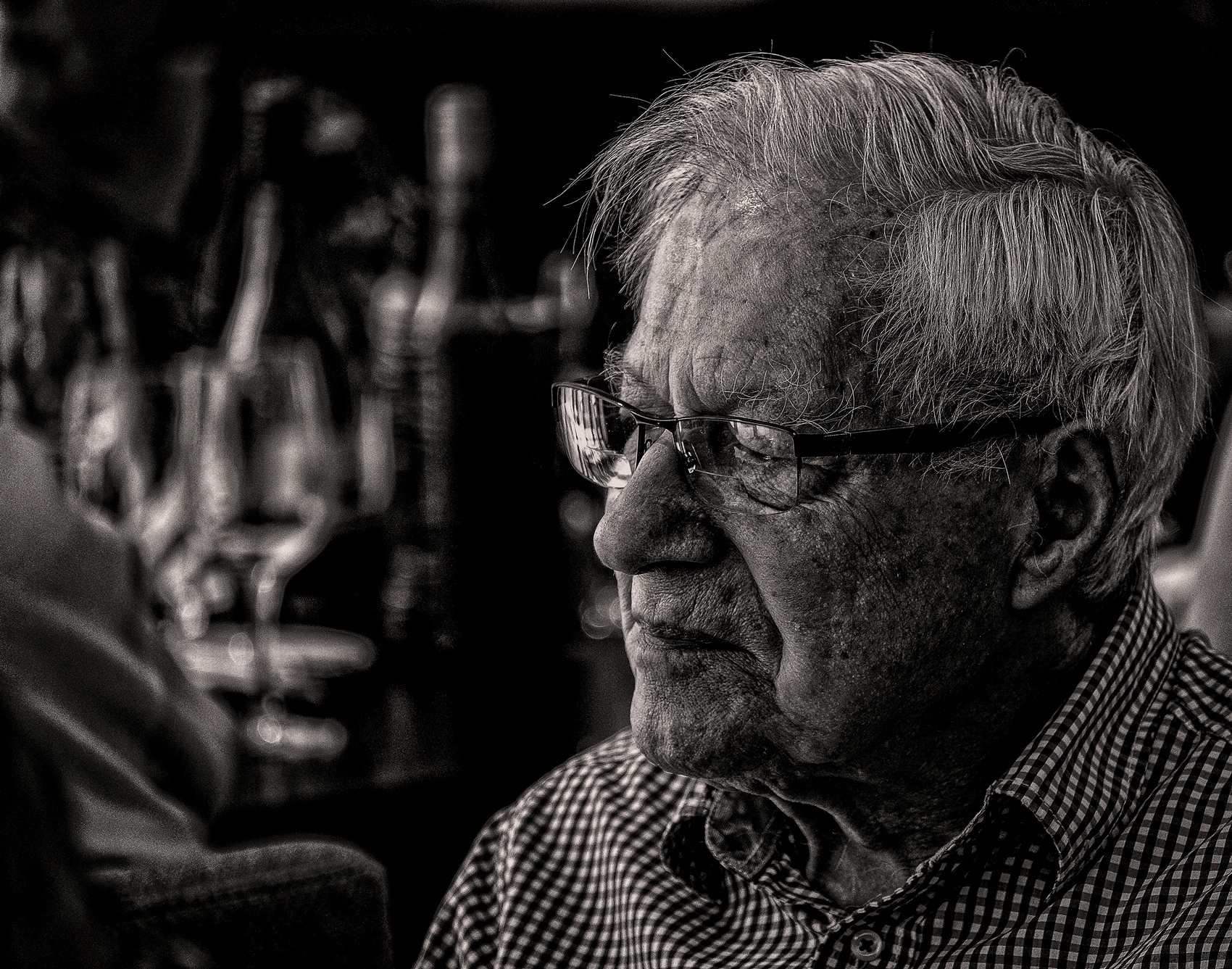 Other irresistible temptations then surfaced such that, in addition to those two lenses I now also have the 100-400mm tele lens.
We have some wonderful bird life here. There are also a couple of big mobs of kangaroos and some koalas not too far from where I live and the tele lens is great for wildlife. I also have some prime lenses; the 90mm f2.0, the 23mm f2.0 and a Samyang 12mm f2.0.

I subsequently gave into temptation and bought the Fuji XT-2 and the vertical power booster grip. With its three batteries I can shoot for a much longer time without having to dive into my camera bag and search for the spares that I always carry with me. I realise that shorter battery life is a difficult problem to solve. Not just for Fuji but for all mirrorless cameras because the display devices and the sensor have to be operating all the time.
And lately the devil has been whispering in my ear that, since I take a lot of portraits perhaps the 56mm f1.2 lens would be worth looking at.

At the moment I am beginning to experiment with the way I import and manage my files. The fact that Lightroom does not recognise RAF files is a great disadvantage and Adobe does not seem interested in changing this. I can use the Adobe DNG converter but I can not understand why Adobe seems intent on ignoring the growing army of Fuji X owners. Fuji, on the other hand, go to a lot of trouble to keep us happy, as evidenced by the firmware update to the X-Pro 2 in October 2017 and the XT-2 . At no cost! Now that Adobe are going to a subscriber based version of Lightroom CC with all the storage and other limitations that are so well outlined by Dan Bailey I will be more and more using other programs.

I do most of my editing using On1 Photo RAW 2018 and I love it. It recognises RAF files, so no need to go through any conversion. On top of that it does almost everything that Lightroom does and much more intuitively. I use Capture One also but am still coming to terms with its steep learning curve. I use Photoshop hardly at all. I want to have a good look also at Luminar.

I am paranoid about losing my images. I store my shots on a portable external hard drive. When I travel, even if it’s just for a few days, I have that with me and attach it to my Mac laptop. When my portable 3TB hard drive is attached to my iMac all images are automatically duplicated onto another hard drive and once a week onto a third 4TB hard drive.

The French aviator and writer Antoine de Saint-Exupéry wrote, in the wonderful little book “Le Petit Prince” that “On ne voit bien qu’avec le coeur. L’essentiel est invisible pour les yeux.” This translates roughly as “We see properly only with our heart. The essential is invisible to our eyes.” 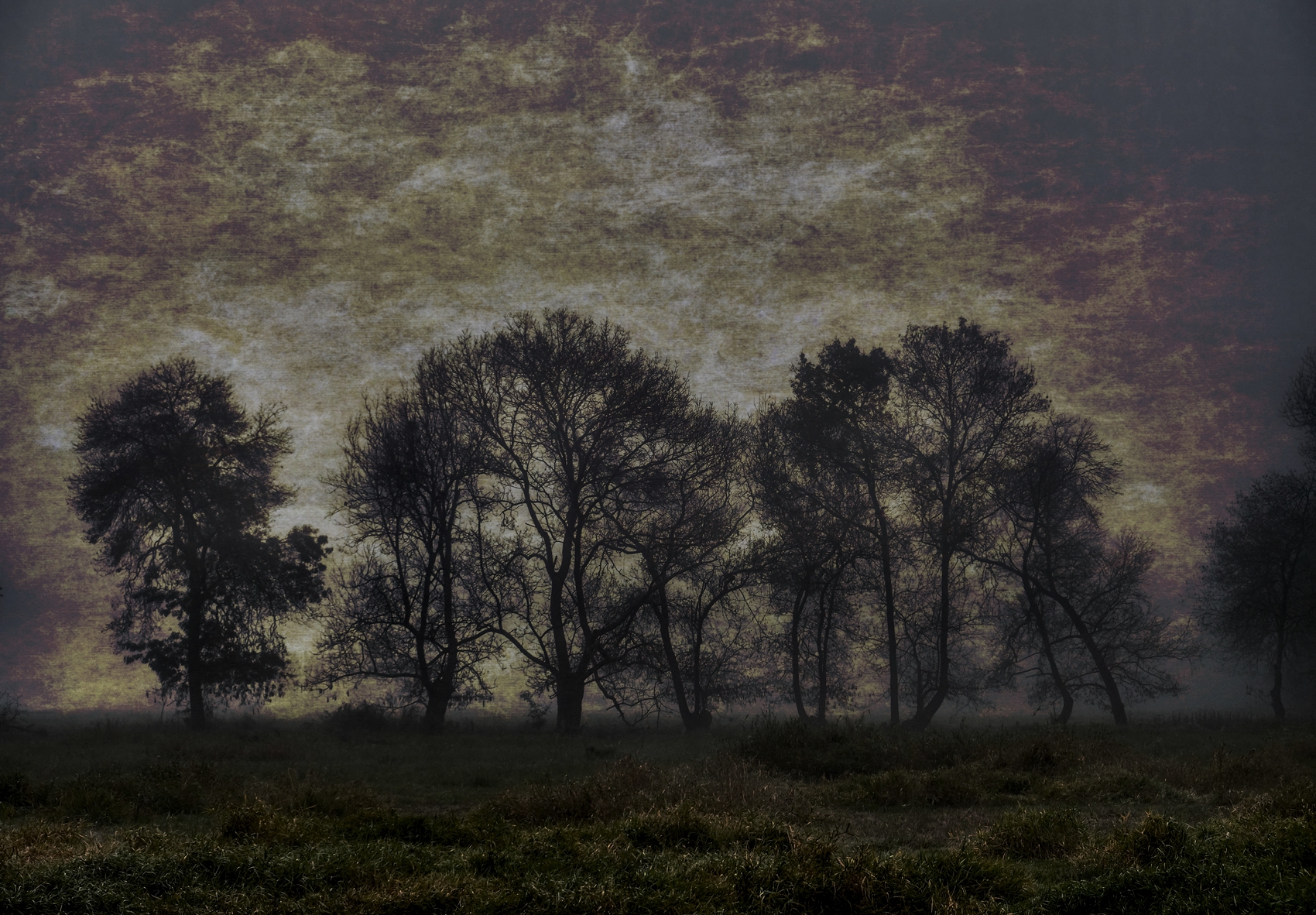 It is not enough just to look. We need to see. There is, in my opinion, a world of difference between the two. And this is what we, as photographers attempt to reach. We don’t always succeed but when we do it transcends the mundane and can touch the heart. It might be just the wistful gaze of a small child lost in dreaming thought, a reflected image in a muddy pool of water, the twinkle in an eye that in a twinkling of an eye is gone, the beauty of a bird in flight or the misery of war. The camera is the tool that allows us to capture that fleeting instant in time that will never be seen again. But that may touch us in a way that stirs the soul. The Minamata Madonna does that for me. We capture memories.
The photographs that I take I take for me. If others like them too then I am doubly pleased.

“Born in small country town in New South Wales in 1936. Educated at University of Sydney, degrees in Pharmacy and subsequently a Science degree with Honours. Completed a Doctorate of Philosophy (Ph.D) at Monash University. Senior Lecturer in Microbiology at Swinburne University and also at RMIT University (Melbourne). Some postdoctoral work in California at the Scripps Institution of Oceanography. Retired. Passionate about photography and French language. Four sons (all now married), five grandchildren. My partner (Christine) and I live in a retirement facility in Melbourne. We visit France regularly.”