Tokyo Streets with the Fujifilm X100F

When I booked my flight to co-host a week-long street photography workshop in Tokyo with Eric Kim, there was no doubt what camera or camera system I would be bringing; it had to be the Fujifilm X100F. My new Canon 5D Mark IV and all the lenses were staying home. I had owned the X100F for a couple of months, using it for photos of my puppy as well as a second/third body for weddings. Tokyo is one of my favorite cities in the world to shoot street and I thought it would be a great test for the X100F. 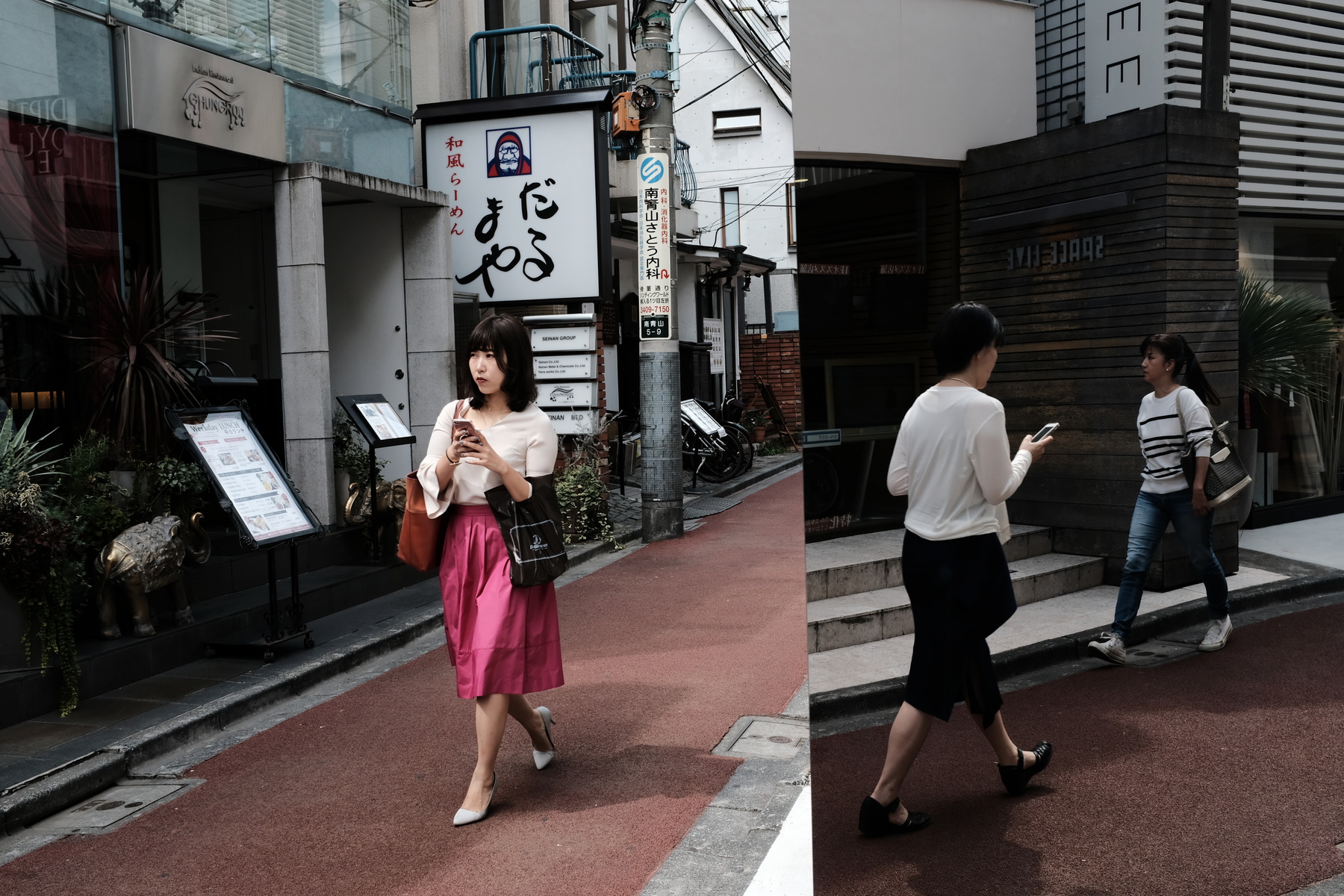 If we rewind the clock back a little, I’ve been shooting with the Fujifilm X100 series since the S model. I’m a huge fan of the Fuji system and respect the company’s ethos of wanting to constantly improve, while listening to the wants of their customers. When the X100F specs were initially released, I thought it was just going to be another marginal improvement from the T. For me, the F delivers and it delivers big. I’ll cover some of the features that make this camera so awesome and let you ultimately make the decision on your own to see if it is the right camera for you. It probably is. It’ll also be an excuse for me to show you some of the images I made in Tokyo.

It is a Joy to Shoot 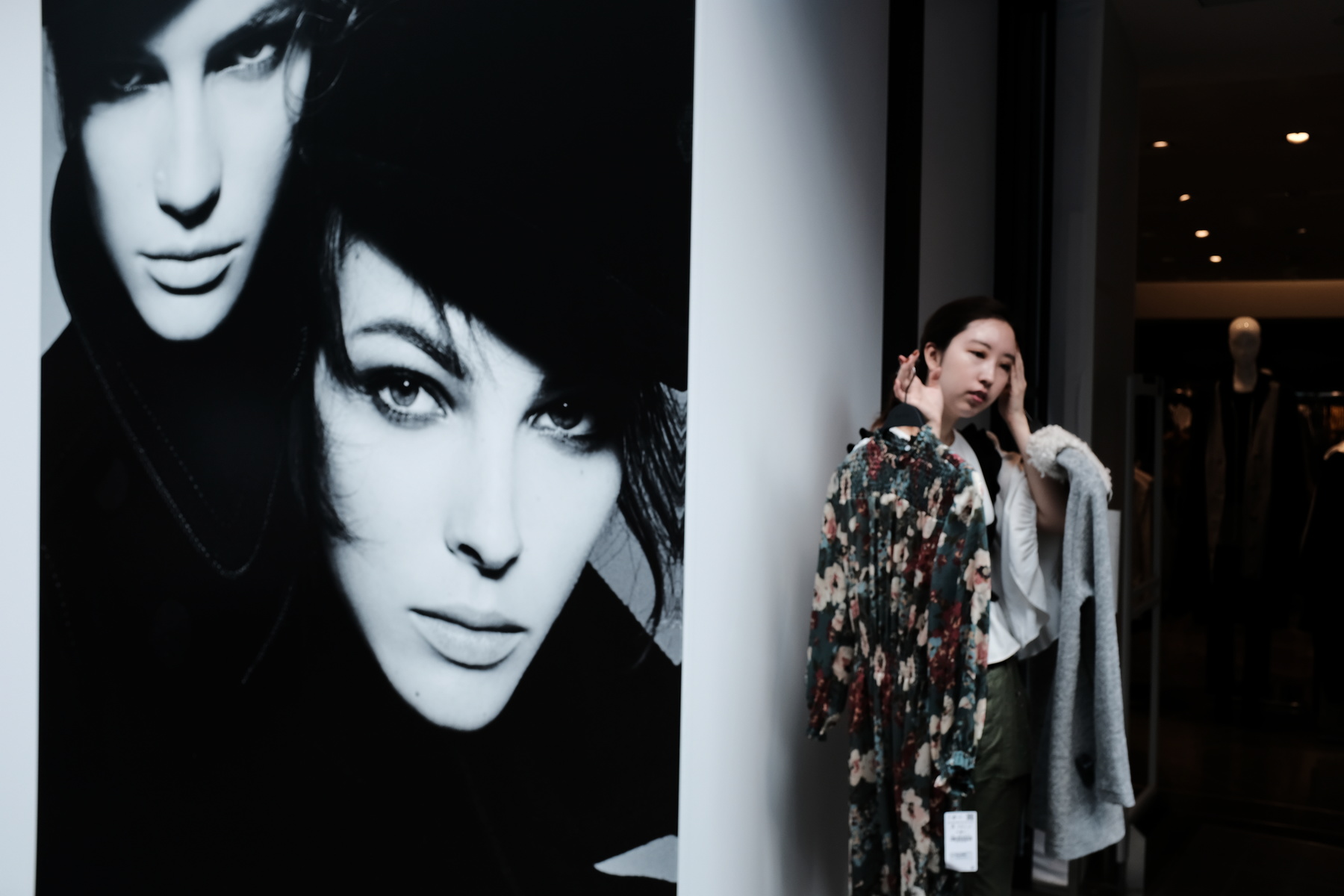 Before I start, let me say that I have no affiliation with Fujifilm. I’m not an X-photographer. I’ve paid for all of my cameras. With all due respect, they haven’t given me a thing. I don’t have affiliate links on this blog and I personally gain nothing if you buy one of their cameras. 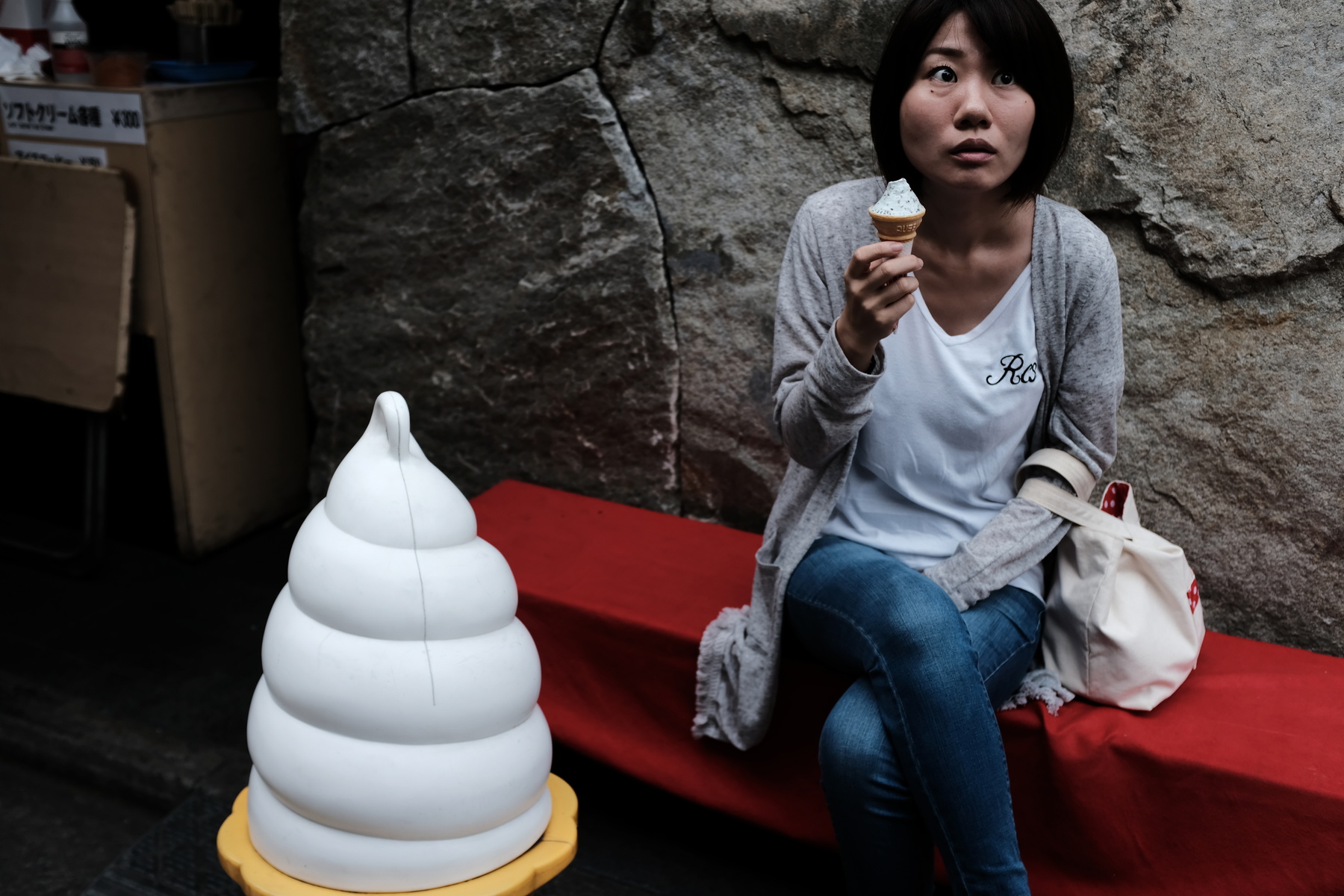 So how do you put a value on a camera that may not be the best of anything but is a pure joy to shoot? How can you stress to someone that this camera will be the one that you will want to bring with you whenever you leave the house? For the most part, I view cameras as tools to get a job done. They generally don’t have a lot of unique traits to them that gives them character or a soul. But the X100F does have some wacky (sometimes frustrating) features/non-features that give it a personality. My Canon DSLRs do not have it. But my old Rolleiflex had it. My old Hasselblad X-Pan also had it. The X100F has it. The X100F does not have the best image quality or auto focus system, nor would I consider to be great value. But despite all this, it is the closest thing we have right now to the perfect camera for street photography. 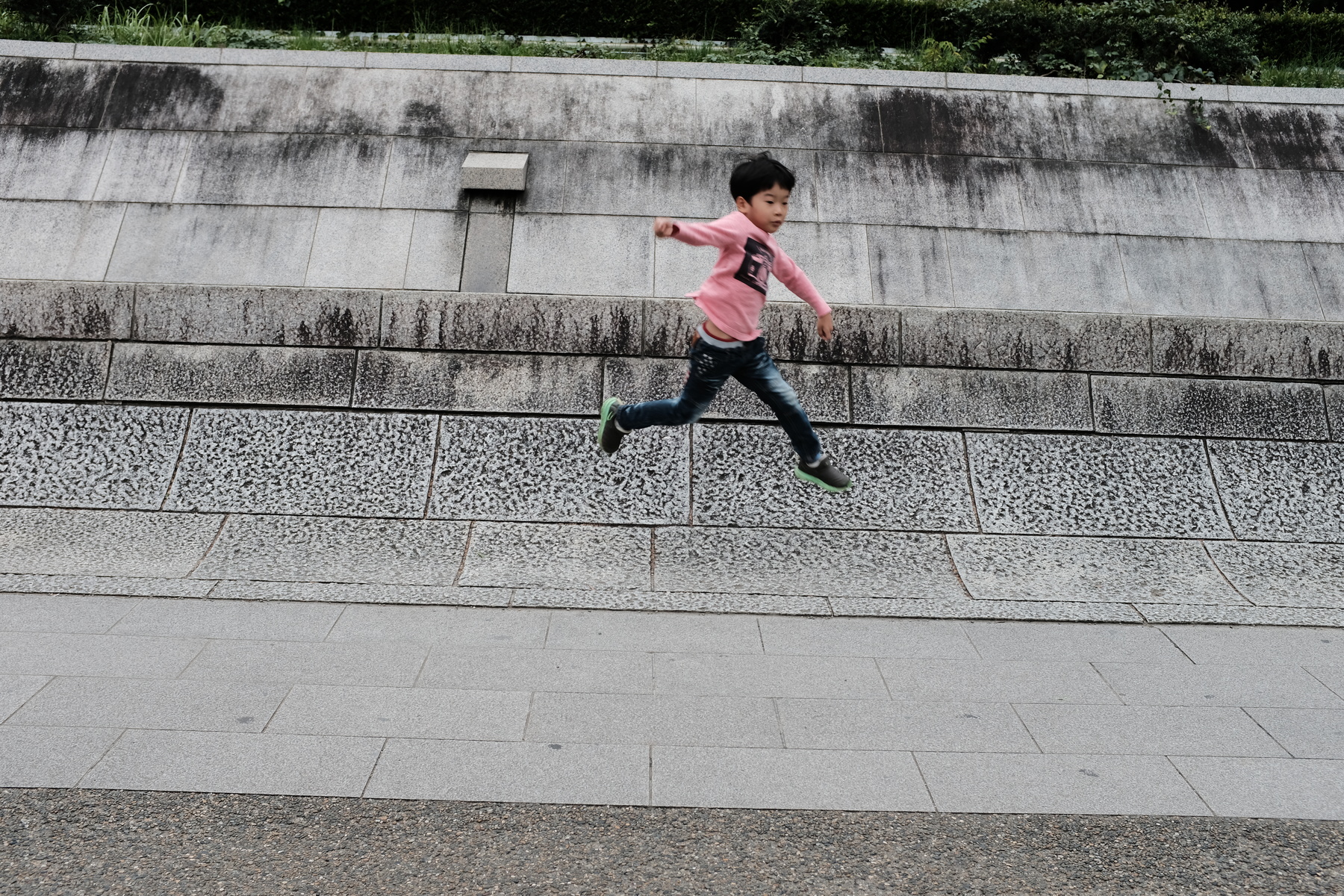 Truth: the auto focusing technology in the X100 models have been behind the times ever since its inception. Although big improvements were made with both the S and the T, I still had recurring issues with the autofocus. The autofocus speed on the T didn’t bother me too much, but the accuracy was at times very bad (see backlit situations). Perhaps the greatest improvement in the X100F is the autofocus accuracy, which I don’t think enough people give enough praise to. After all, what good is autofocus if it isn’t going to be accurate? 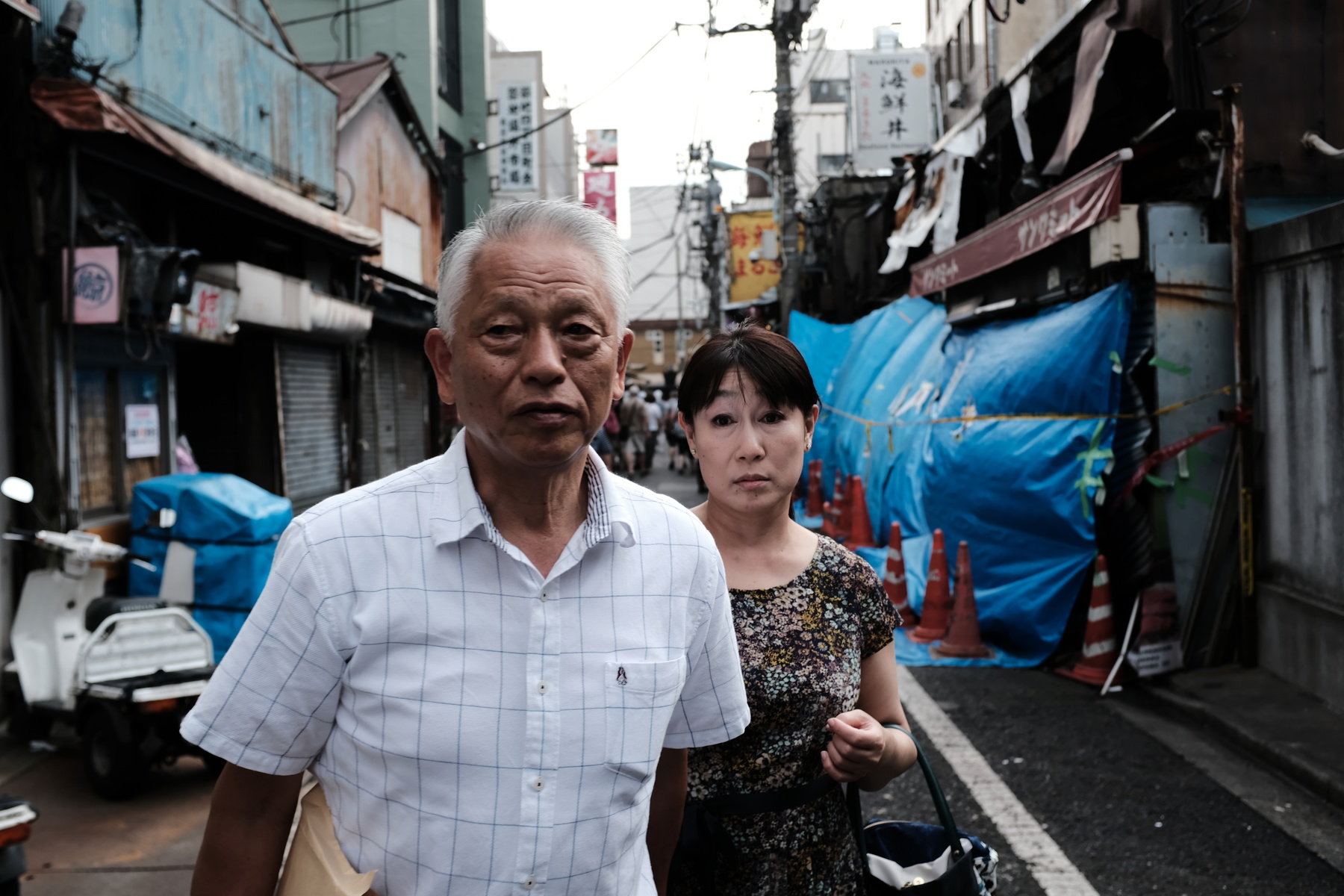 In most situations in Tokyo, I was using single shot mode but there were a couple of times I threw it into C mode (continuous) and let it track on a single point. Being able to change the AF point with the joystick is a real game changer. Even with the AF point slightly off-centre, it makes it that much faster to focus and recompose when needed. Overall, I don’t think there were many missed photos. There aren’t any otherwise ‘keepers’ that were ruined because of inaccurate or slow AF. 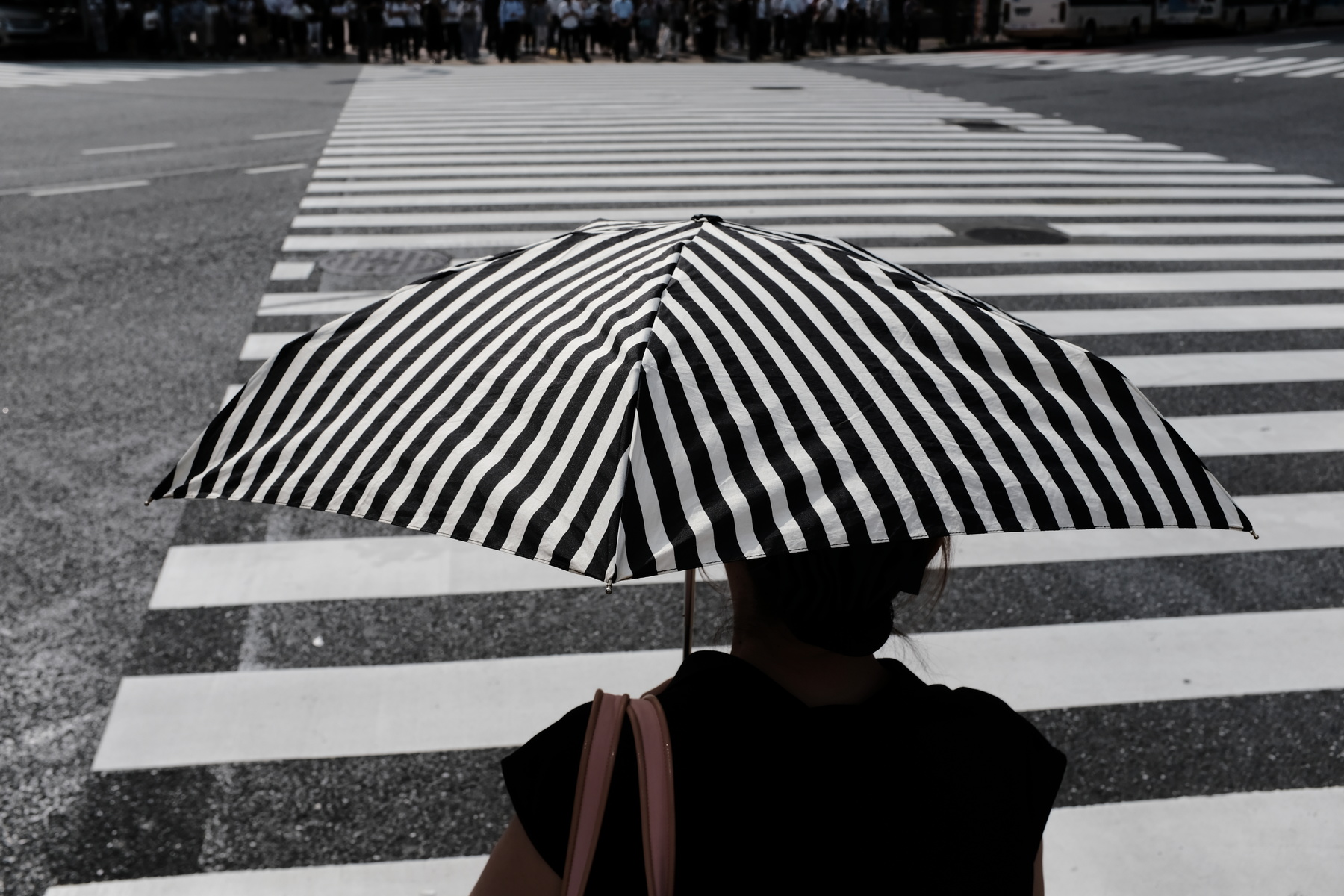 Ok, I know that technically there is no such thing as SOOC (straight out of camera), but Fujifilm has really stepped it up in recent years with their film simulation and RAW processing capabilities. I personally use Classic Chrome film simulation and the image previews on the LCD look incredible. I can’t tell you how many people/friends/students tinker with their images in Lightroom so much that they end up looking terrible – like visual diarrhea. You can tell the photos don’t work and they’re trying to process it in a way to make it interesting. It doesn’t. Having a consistent look in your images SOOC can ensure that you don’t fuck them up too much with your Lightroom tinkering and ensures you don’t try to polish turds (make a shit photo all shiny – it’s still shit). 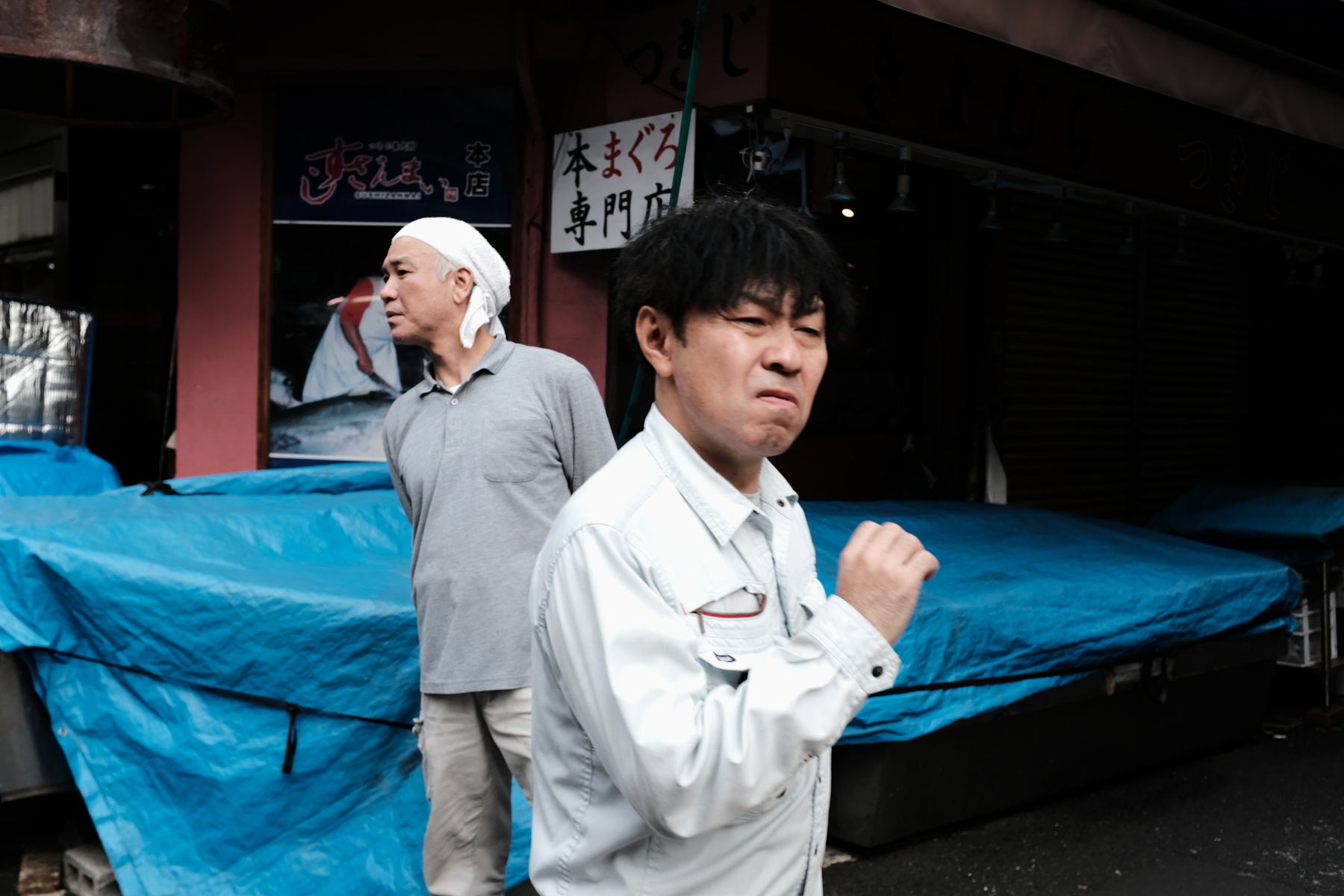 In addition to great looking images SOOC, you can use in-camera RAW conversion to adjust some basic settings to your photos without the ability to really go over the top. Your images will end up looking more natural, consistent, and without the aforementioned visual diarrhea look. If you opt not to use the in-camera crop tool, using the RAW conversion can actually force you to frame your images better without relying on abusing the crop tool. 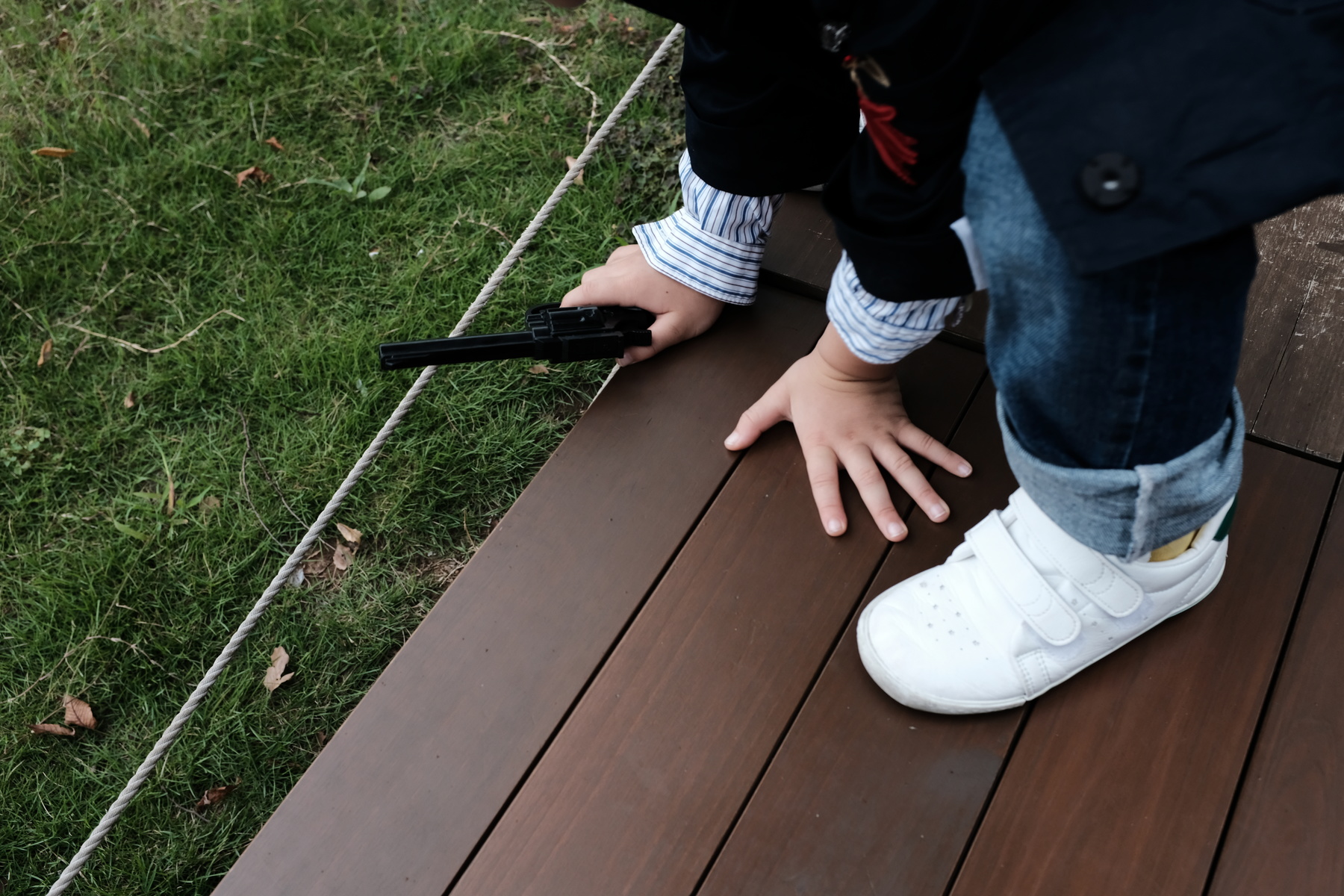 While in Tokyo, I was reviewing and editing the photos in-camera at the end of each day. I would choose the images that I liked, make some minor adjustments (many times no adjustments) and save them to JPG. All of the images in this blog post are exports from the camera and have not touched Lightroom or Photoshop. They are not cropped. 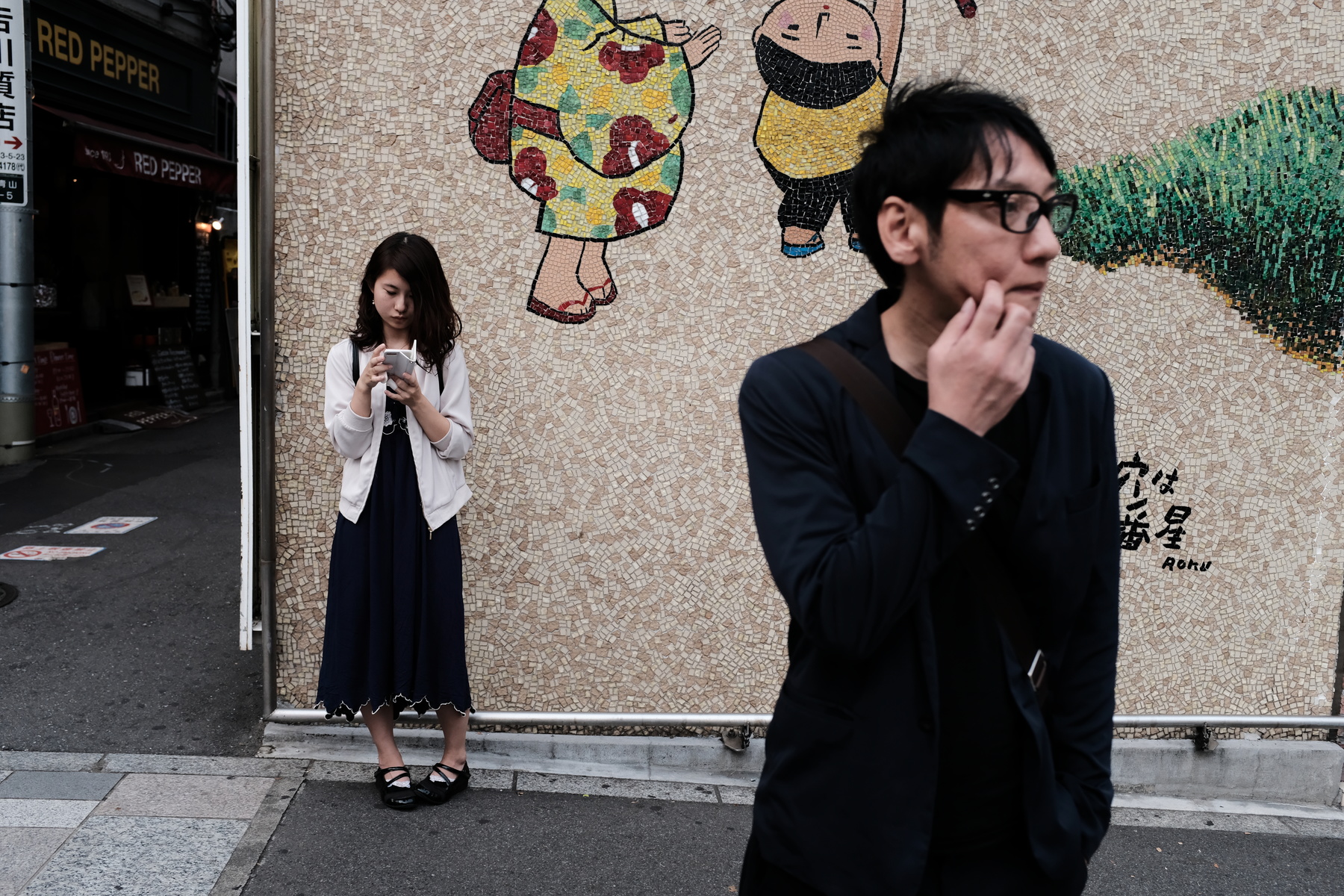 Once the images are saved to the camera’s memory card using the in-camera tool, you can use wi-fi to download the images to your mobile device. At the end of each day I had all of the photos that I liked (usually 6-12) on my phone. I barely ever used my laptop on this trip. 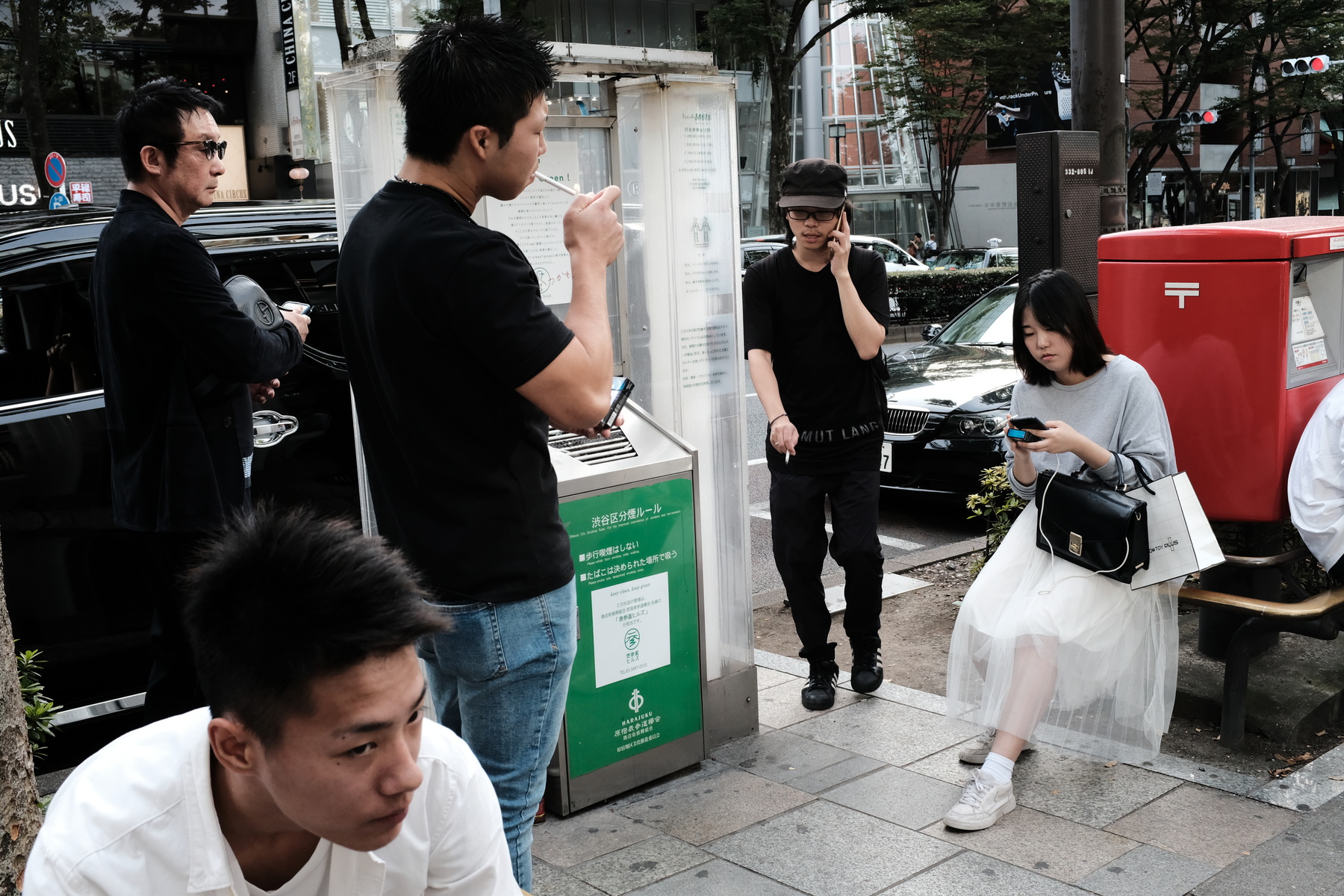 So the autofocus is great. It really is. But the camera has to work. Early in the trip I was getting a ‘Focus Error’ message in the camera and when I turned it off to reset, I could hear the focus motor grinding a bit. The messages popped up a few times a day, then a few times per hour, then it just stopped working. And yes, I did try to troubleshoot it using various Google searches. I eventually brought it to the local Bic Camera, but repairing it would take a week or more. Because I was co-hosting the workshop and didn’t want to use another borrowed system, I opted to just buy a new one and then worry about the repair once I got home. I did lose a few hours of shooting in the process of getting a new camera and it will no doubt cost me money out of pocket as I do not intend to keep two X100Fs once the original one I purchased is fixed. I can see how this same situation would be devastating to someone who relied on their new camera to work while travelling.

[Update] Once I came back to Canada, I contacted Fuji and had the camera repaired at no cost since it was still on warranty. The service I received was excellent. 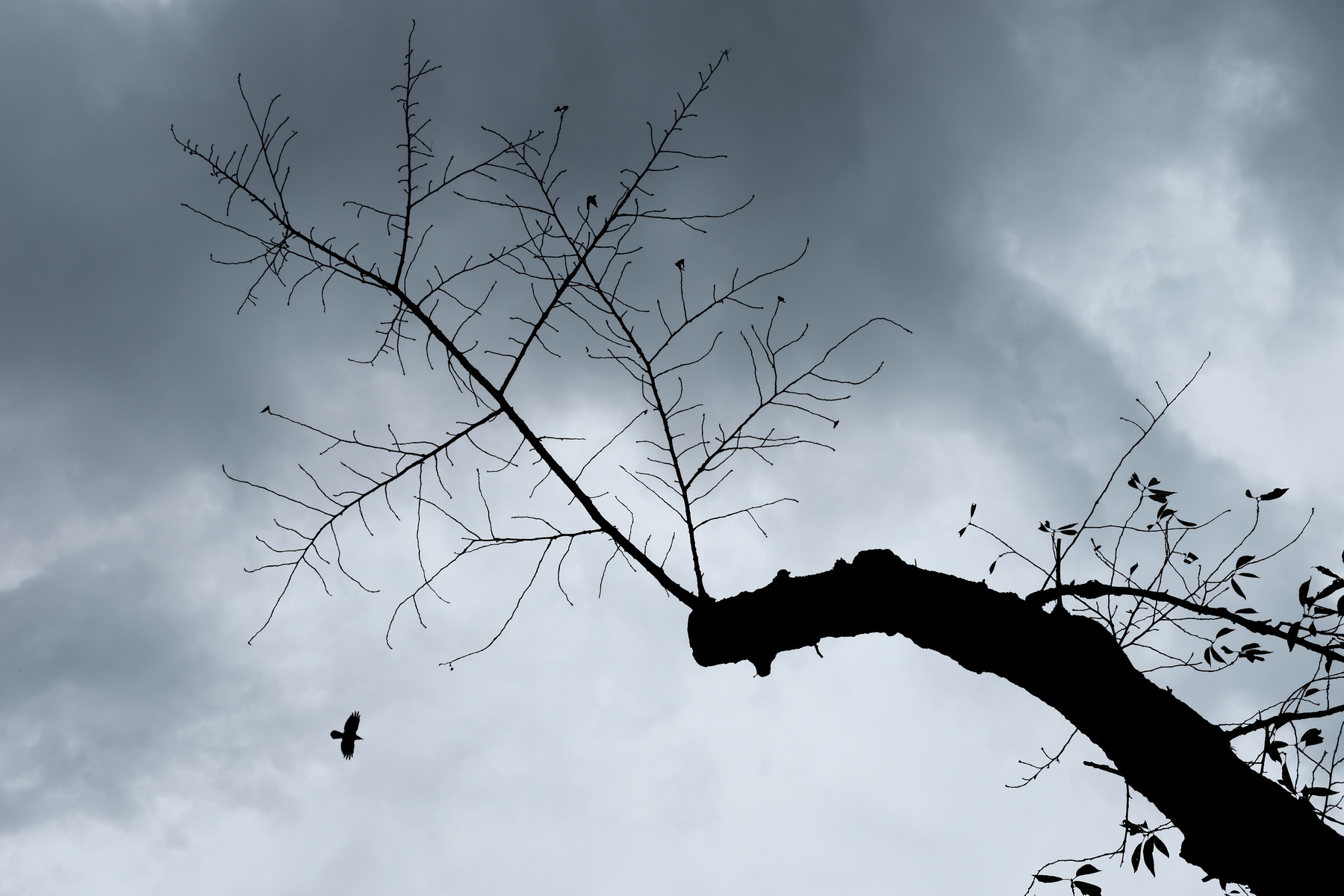 All is not perfect in the X100F/mirrorless world. Although improved with the newest model, the battery life on the X100F (and all mirrorless systems) is still not great. On average, I went through 2 1/2 to 3 batteries per day. I usually use the eye sensor mode and I don’t let the camera sleep. Through the viewfinder I tend to use the electronic viewfinder (EVF), so I am sure that sucked up a bit more battery than usual. But if you think about it, the only role battery life plays in your shooting is if you allow it to change the way you want to operate your camera. I know a lot of mirrorless shooters who will shoot with the optical viewfinder over the electronic viewfinder or turn off the LCD screen in order to conserve their battery. My tip is to just shoot the way you want and have enough batteries in your bag to cover a day’s worth of wandering.

I brought with me both the 50mm tele and 28mm wide angle adapters to Tokyo but didn’t use them once. I know there are a lot of people who do not like being limited to one focal length and will often swap their lenses out throughout the course of a day. For me, I see the streets in 35mm, so the built-in lens on the X100F is pretty much perfect for me. There were times when I wanted to experiment with the 28mm wide angle adapter, but it would have taken too much of an adjustment to force myself to see differently. 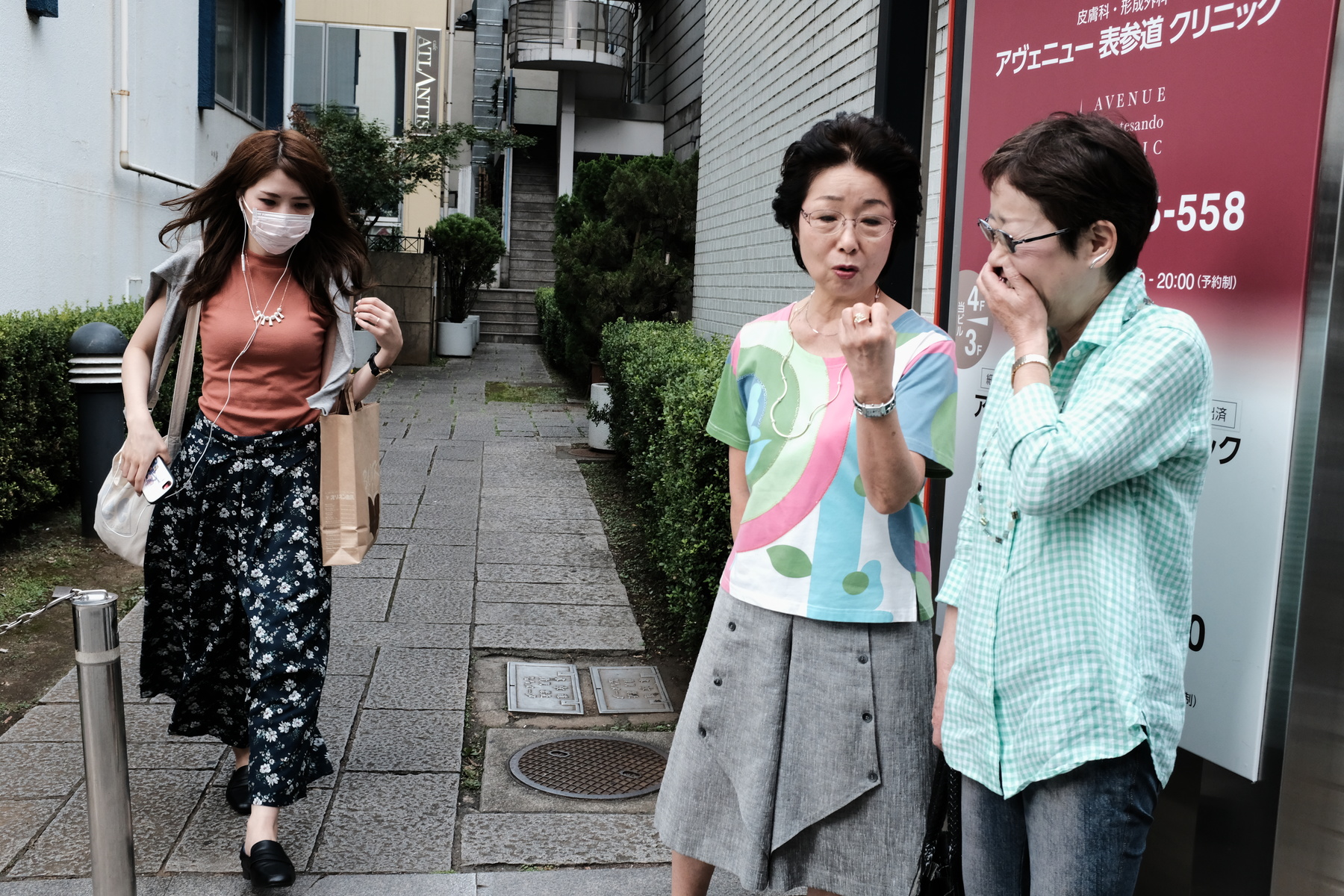 The Fujifilm X100F might be the closest thing to the perfect camera I have ever used. It definitely is the best street photography camera out there on the market right now and I am curious how the folks at Fujifilm can make this camera any better with the next generation of X100. I personally would love to see a tilt screen and continued improvement on autofocus, battery life, and in-camera RAW conversion.

Thanks for reading and please enjoy some some additional photos I made in Tokyo! 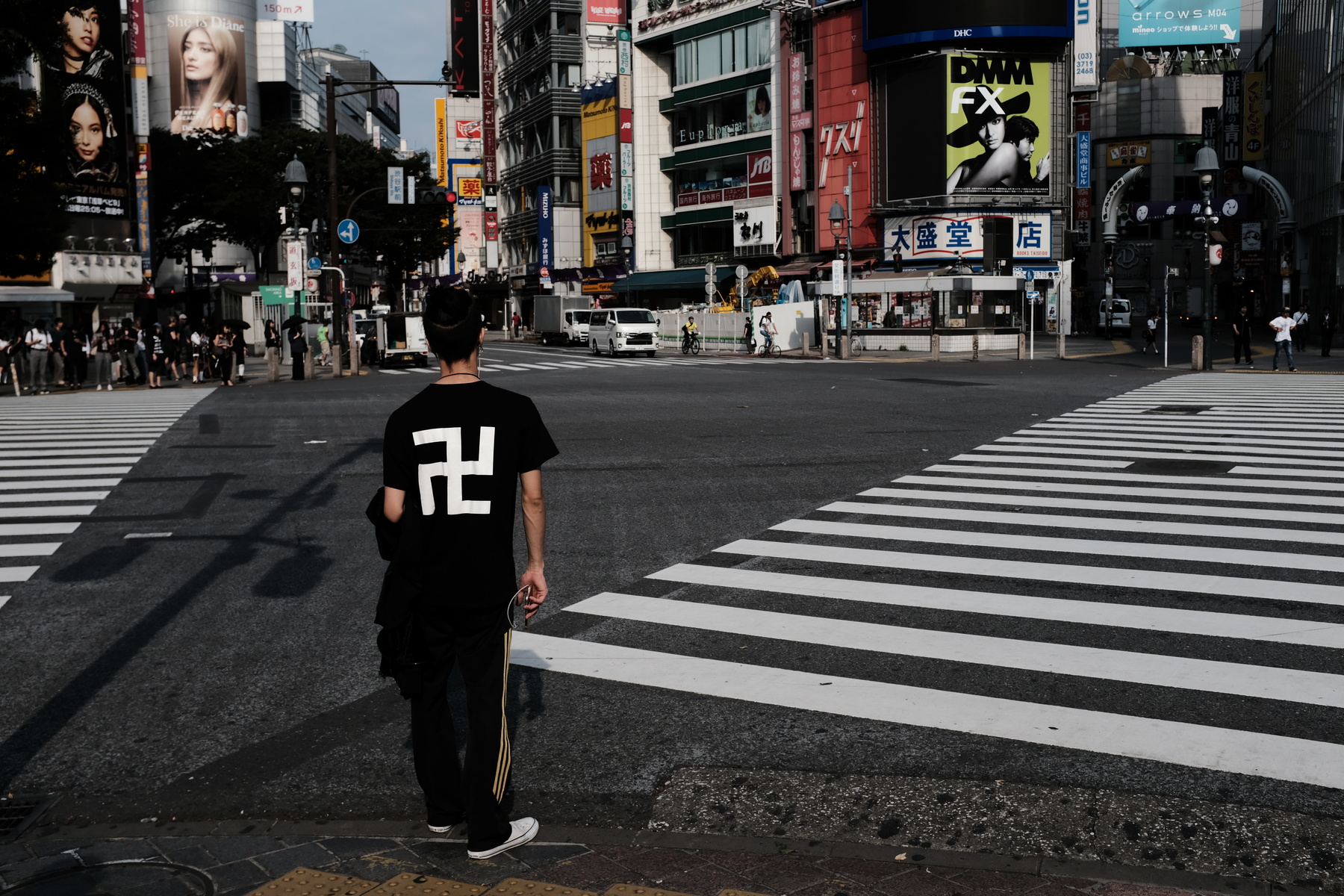 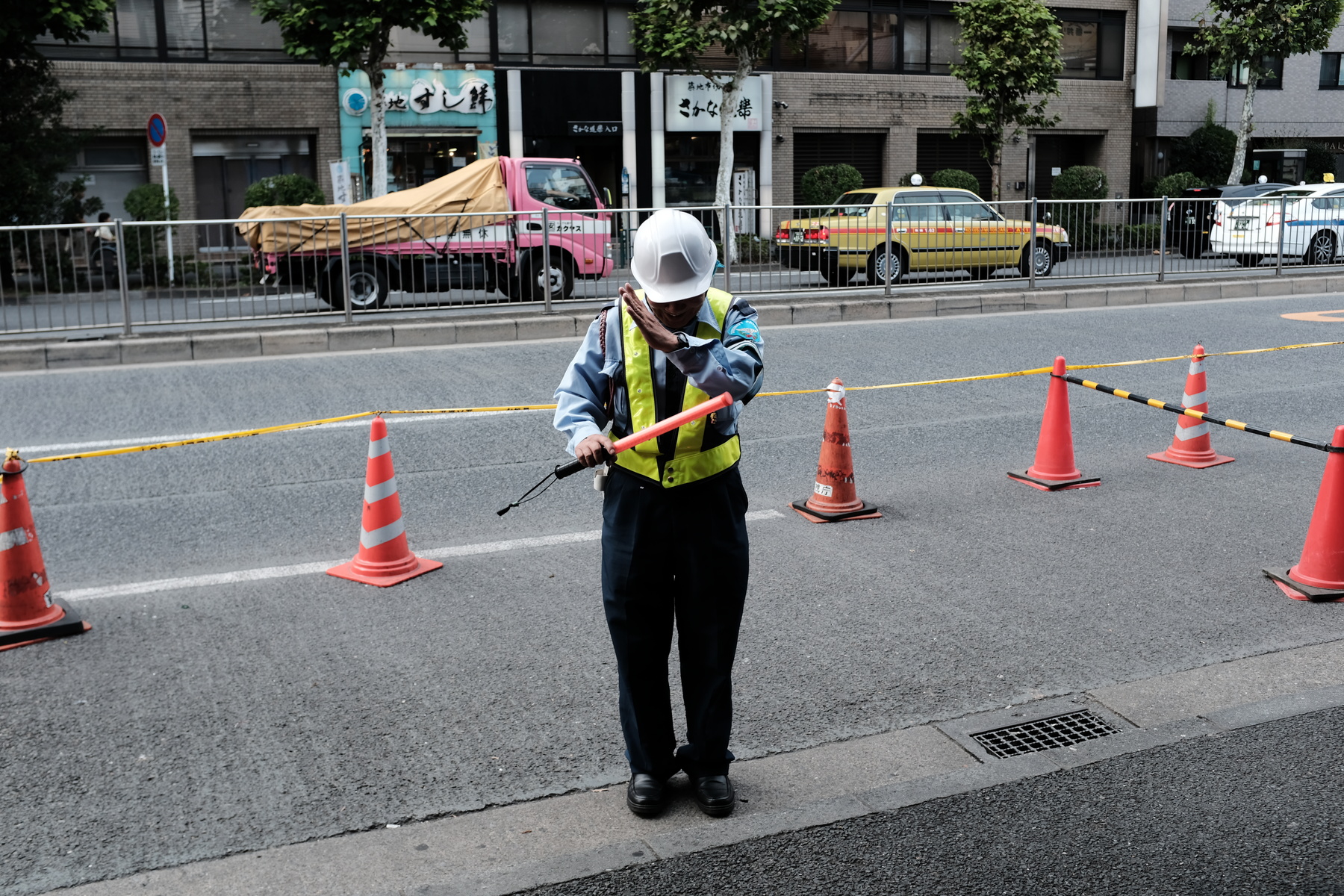 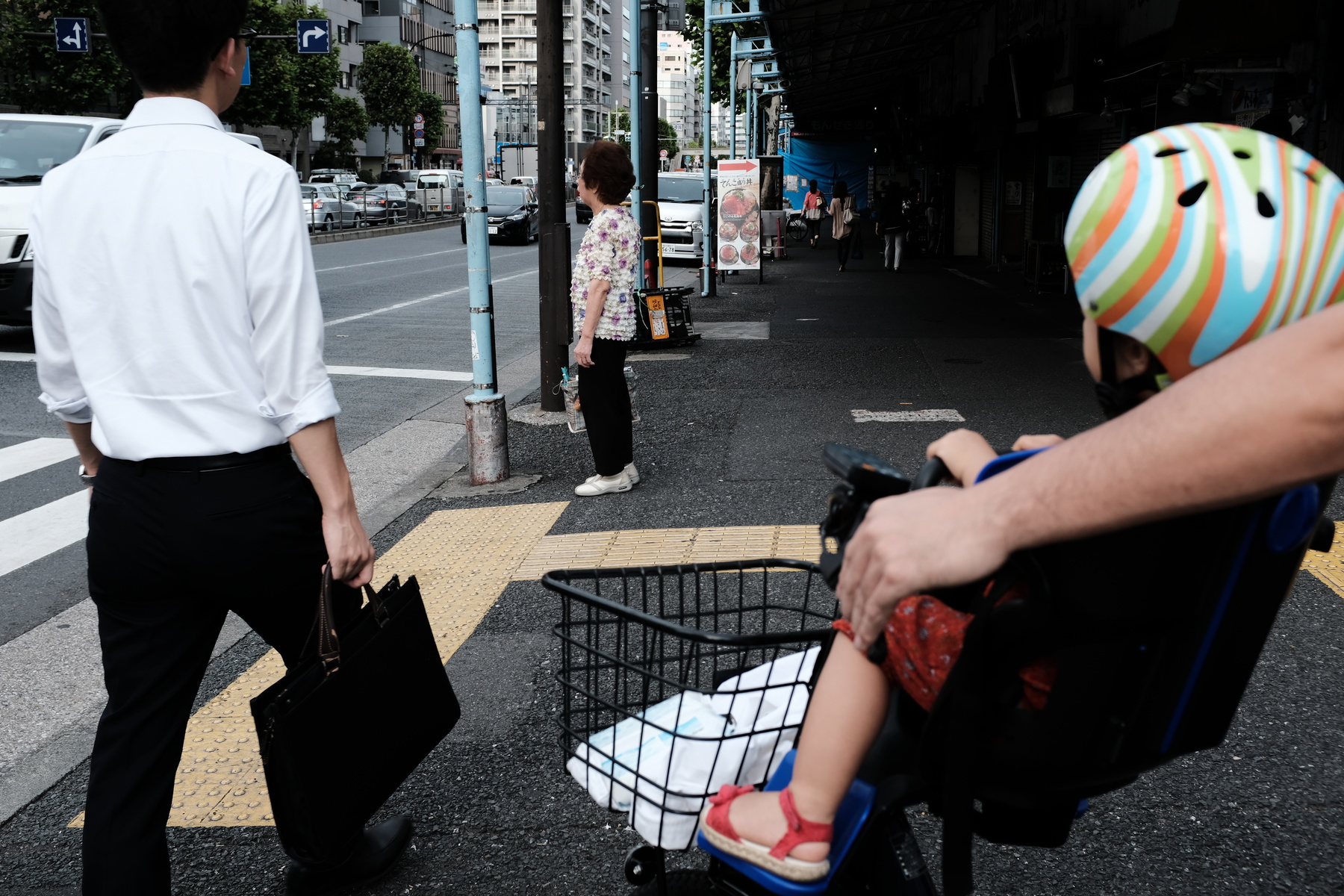 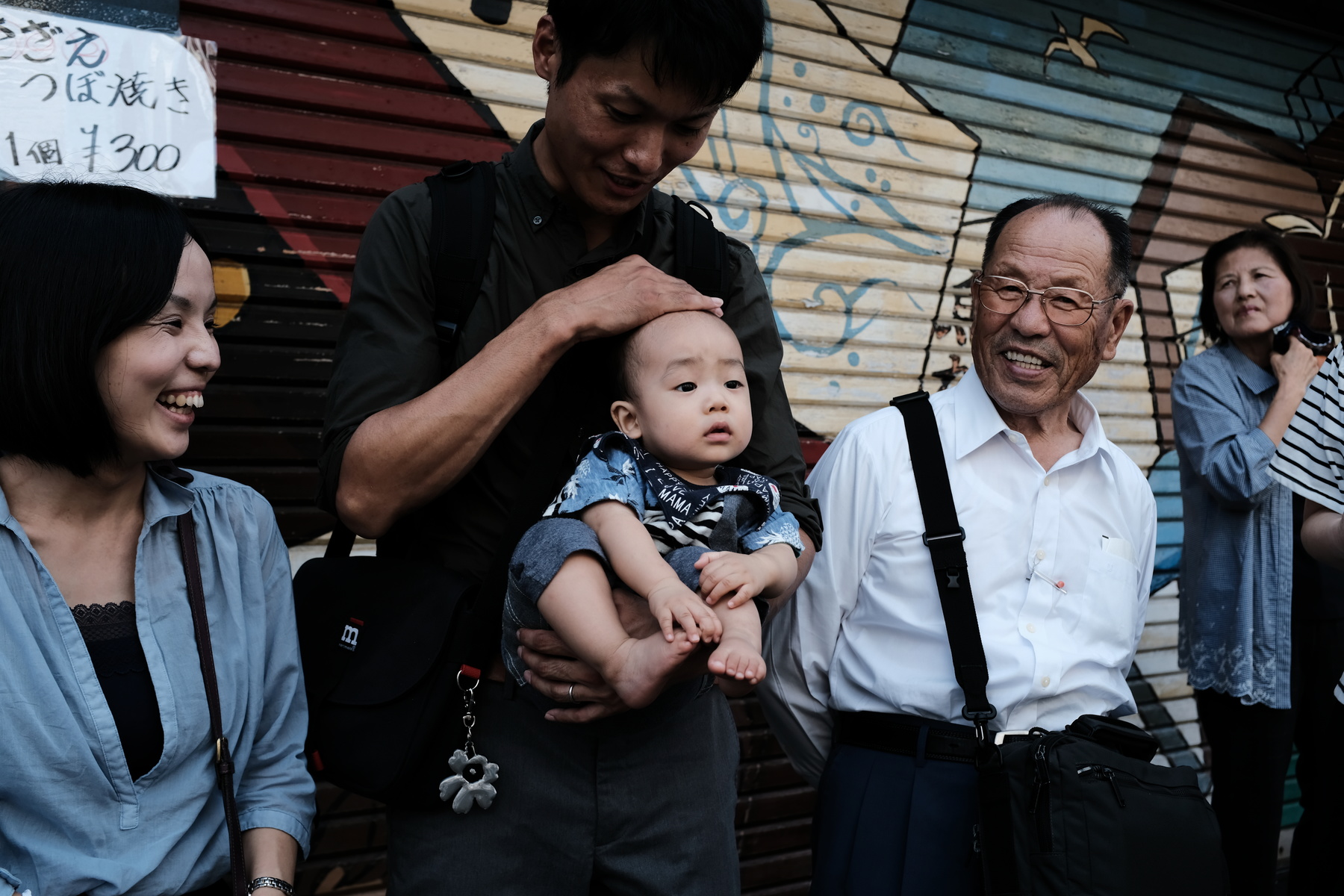 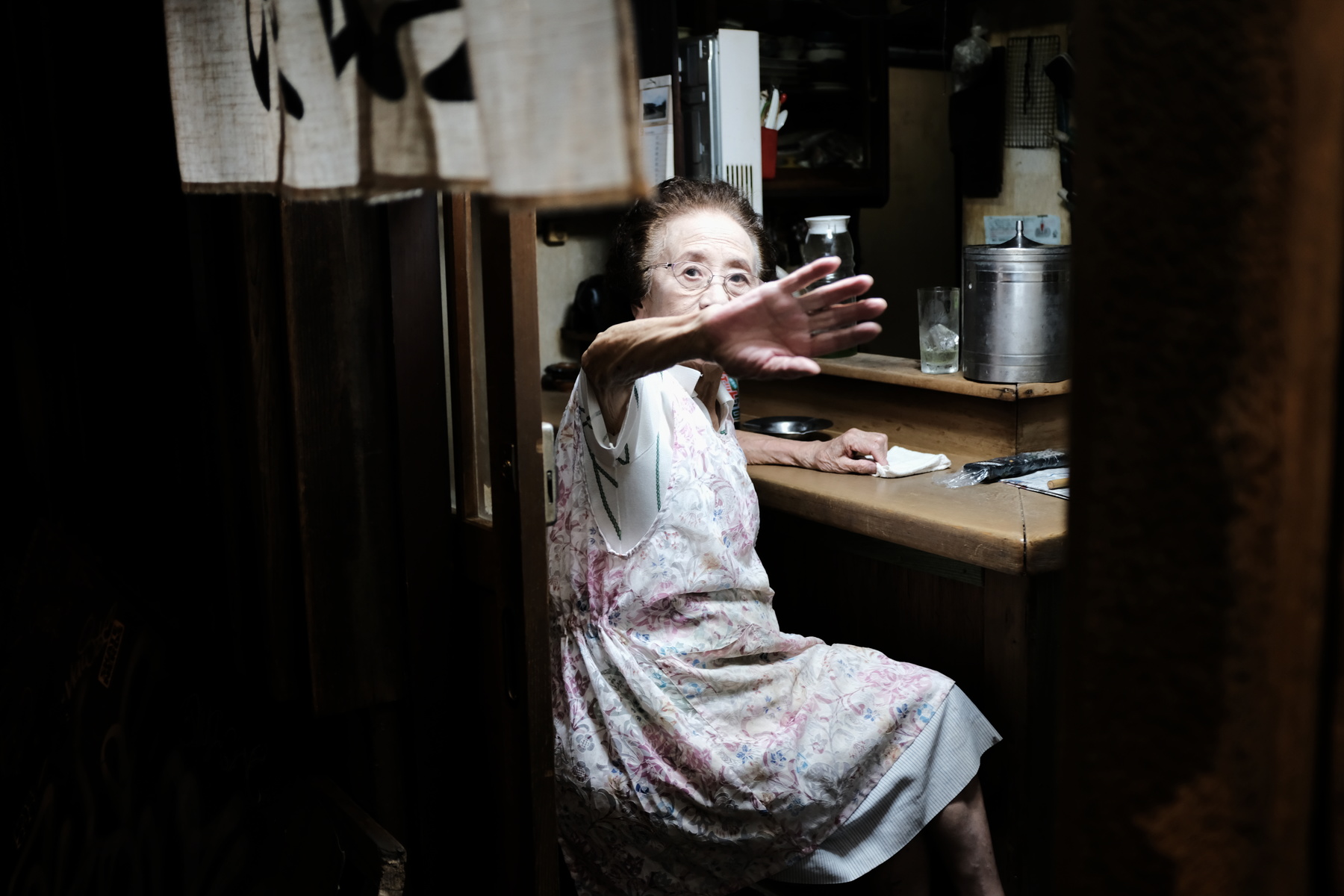 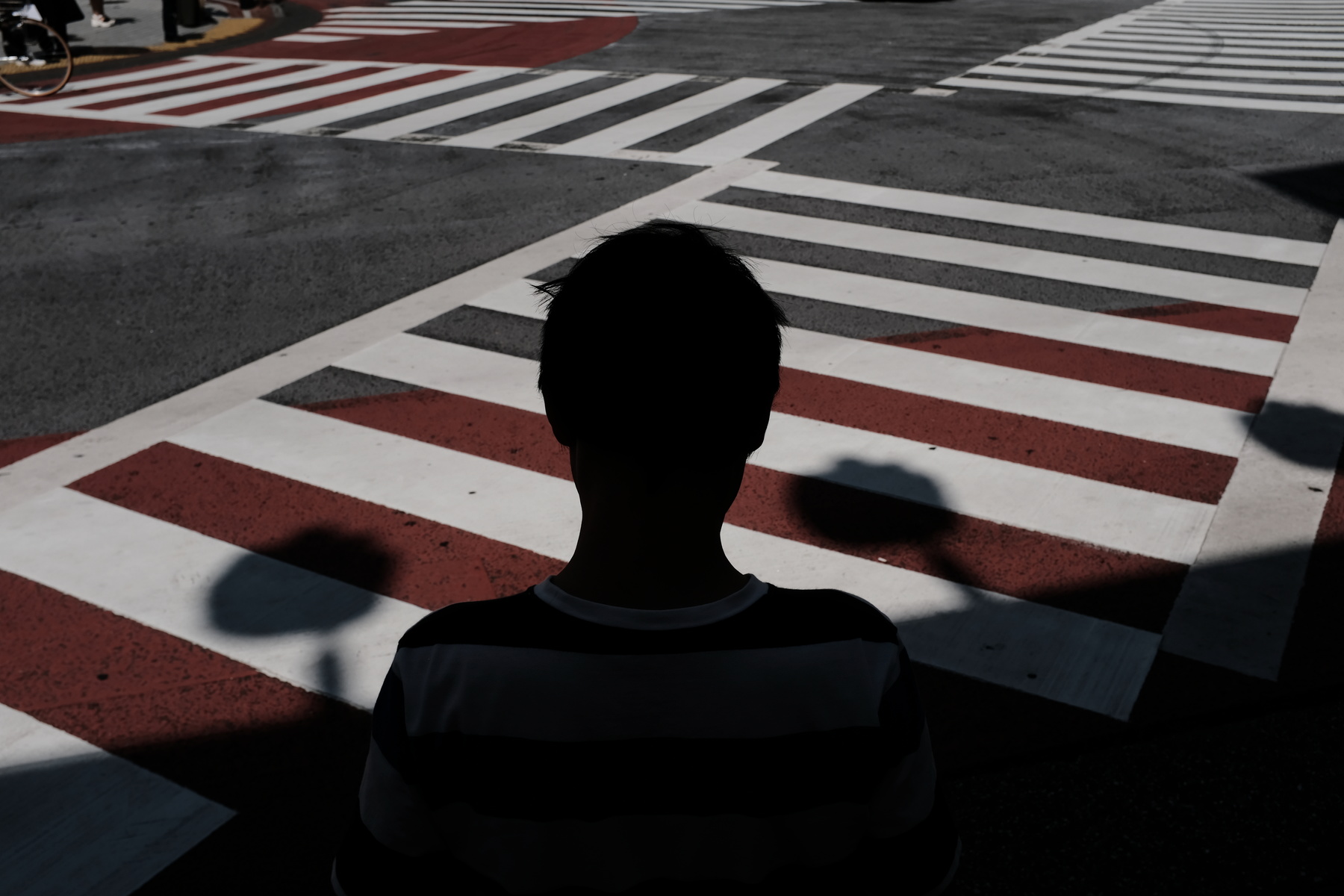 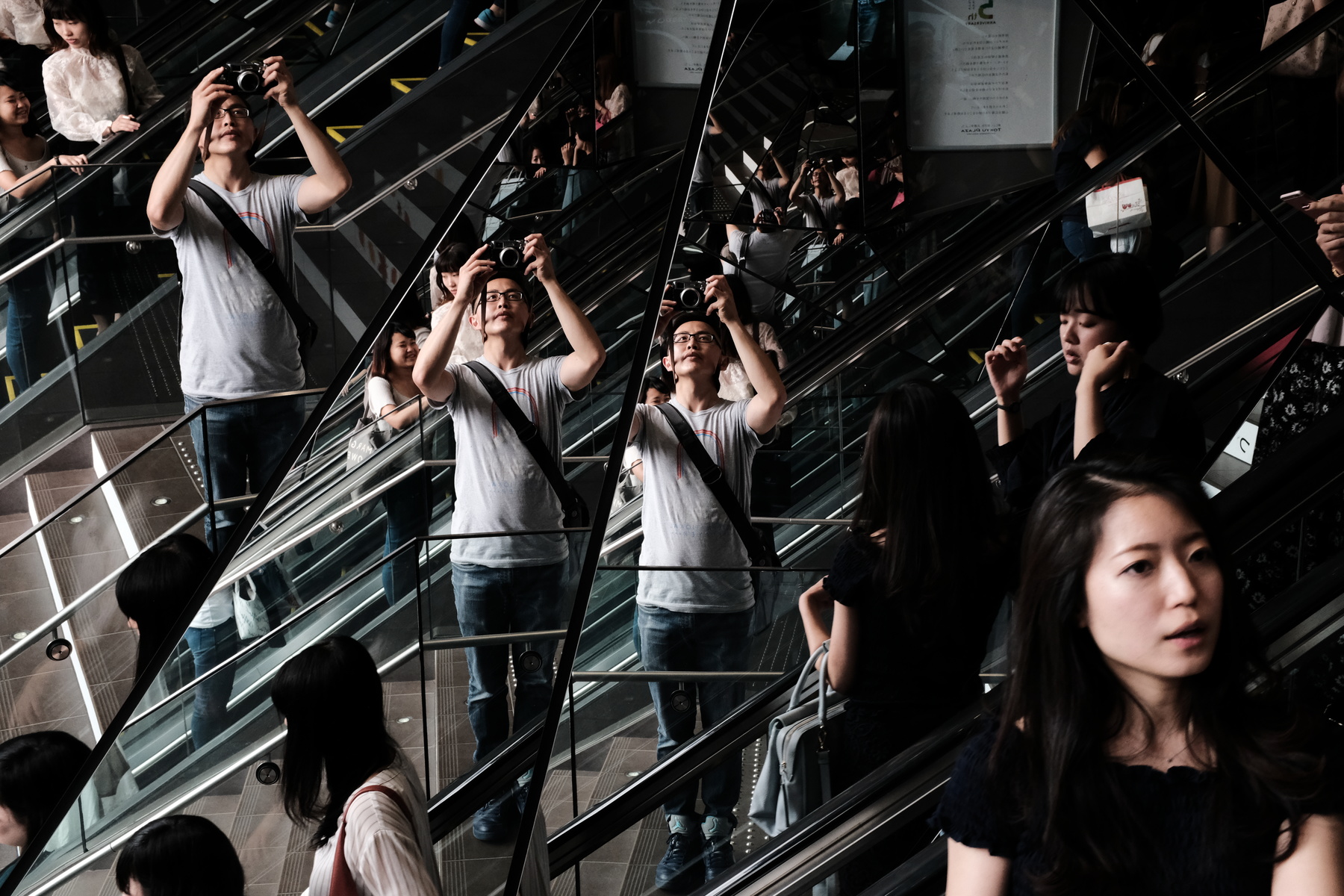 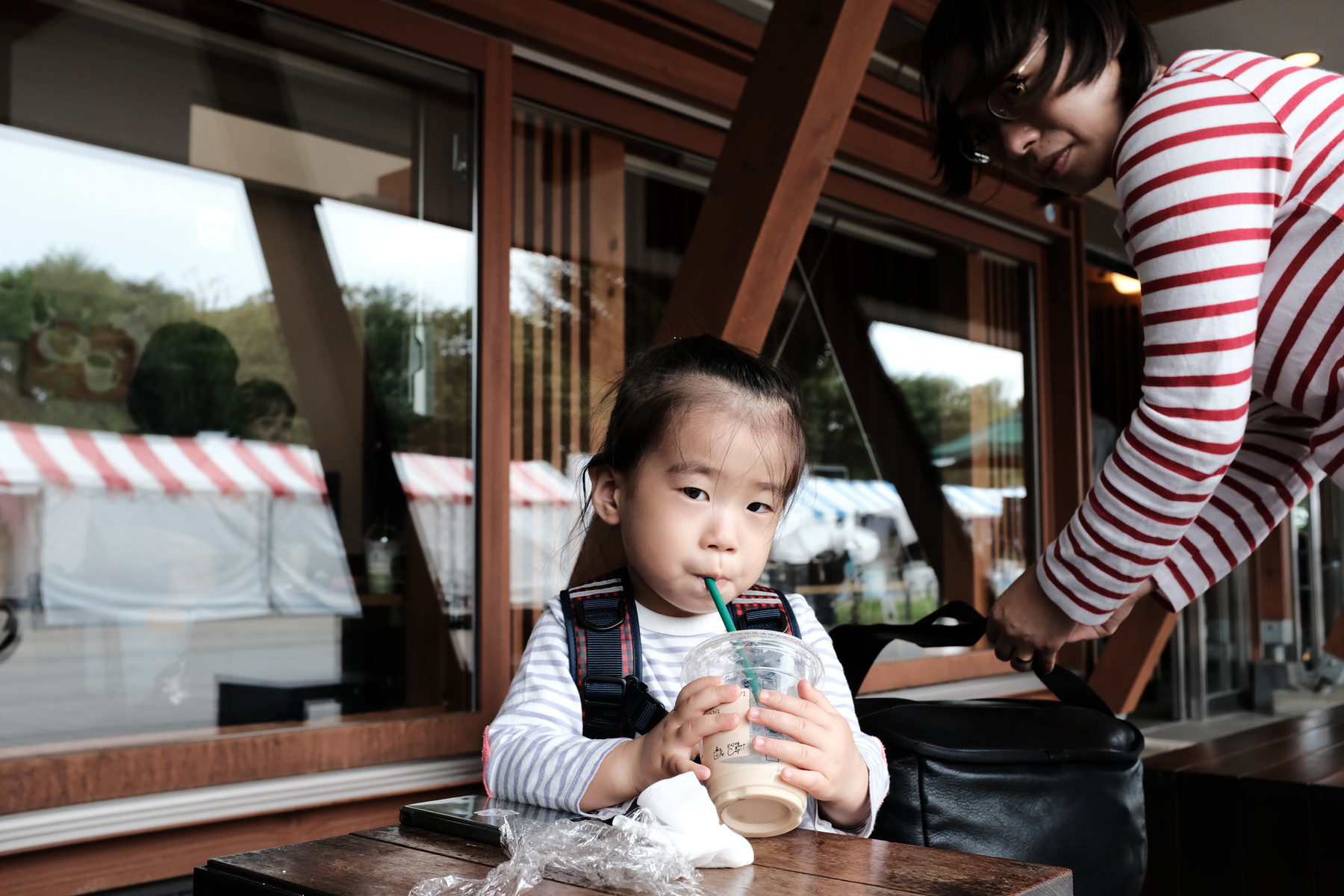 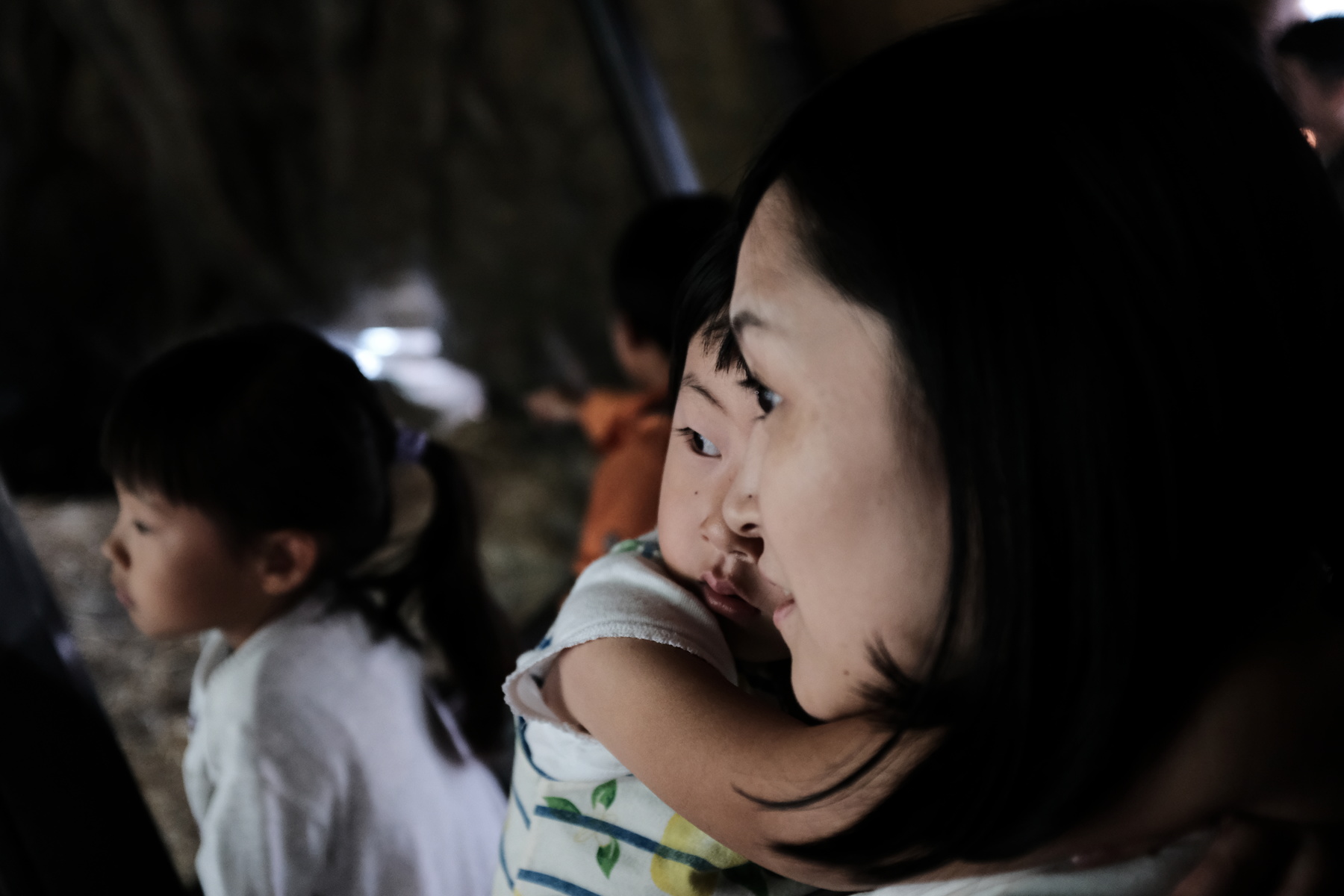 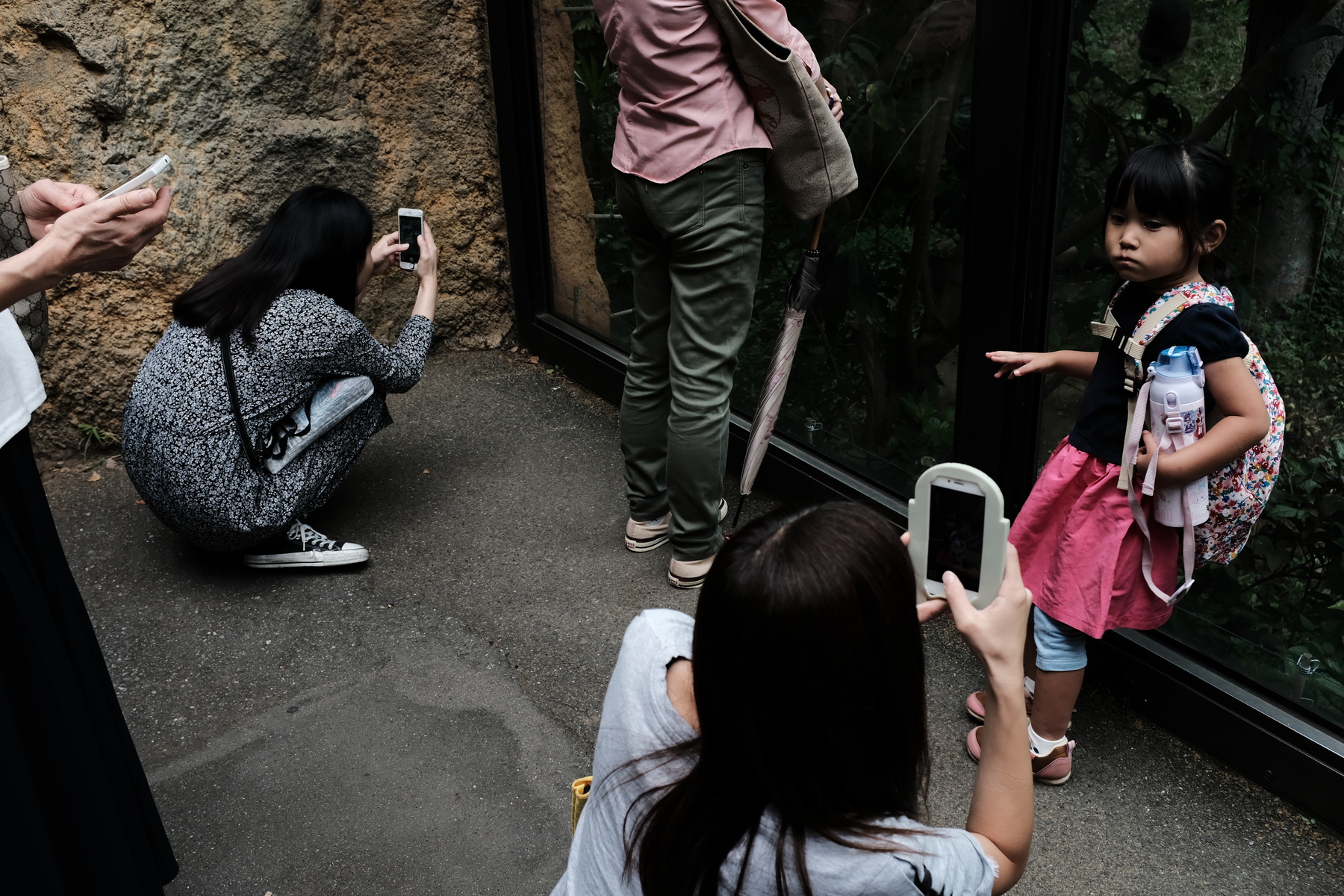 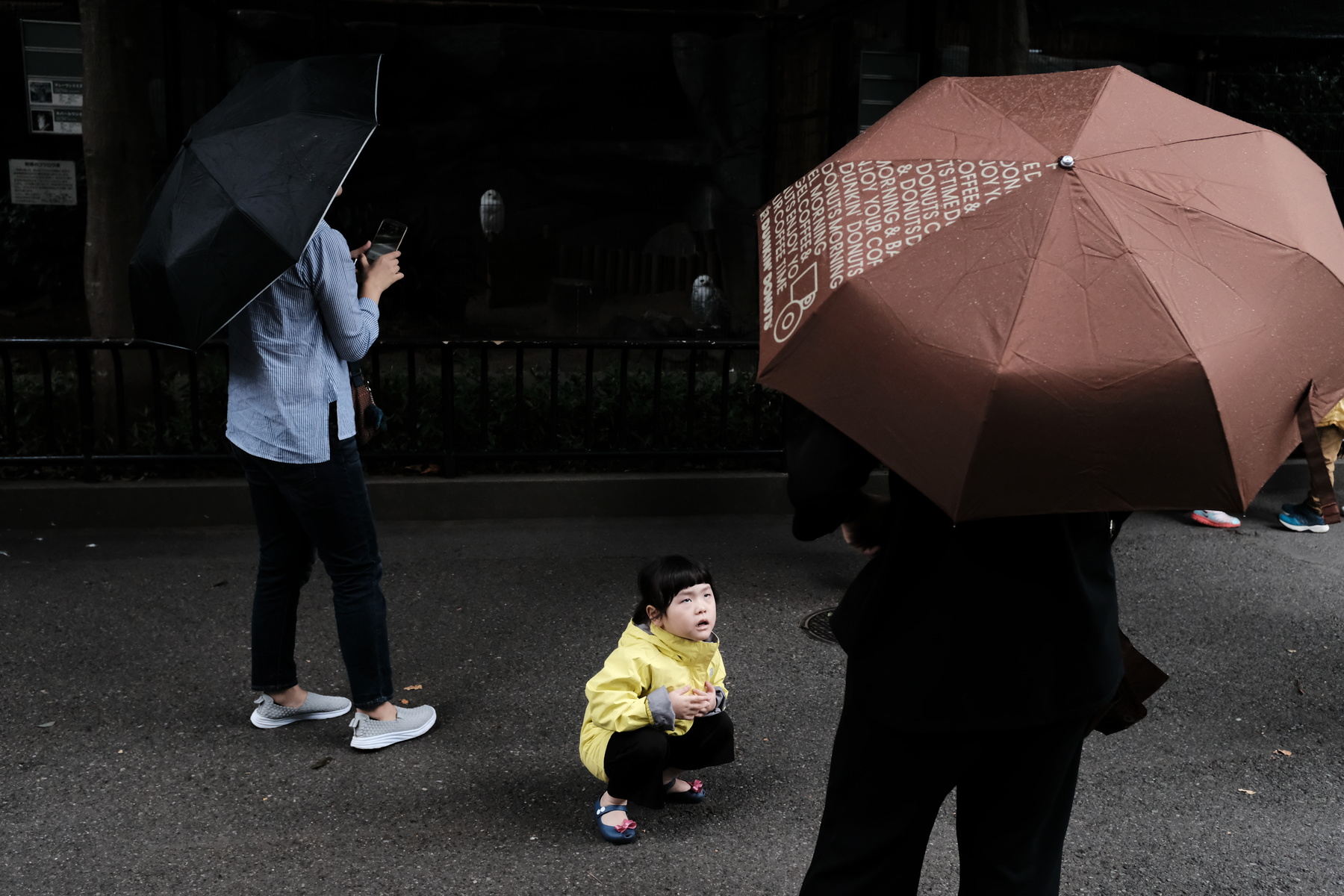 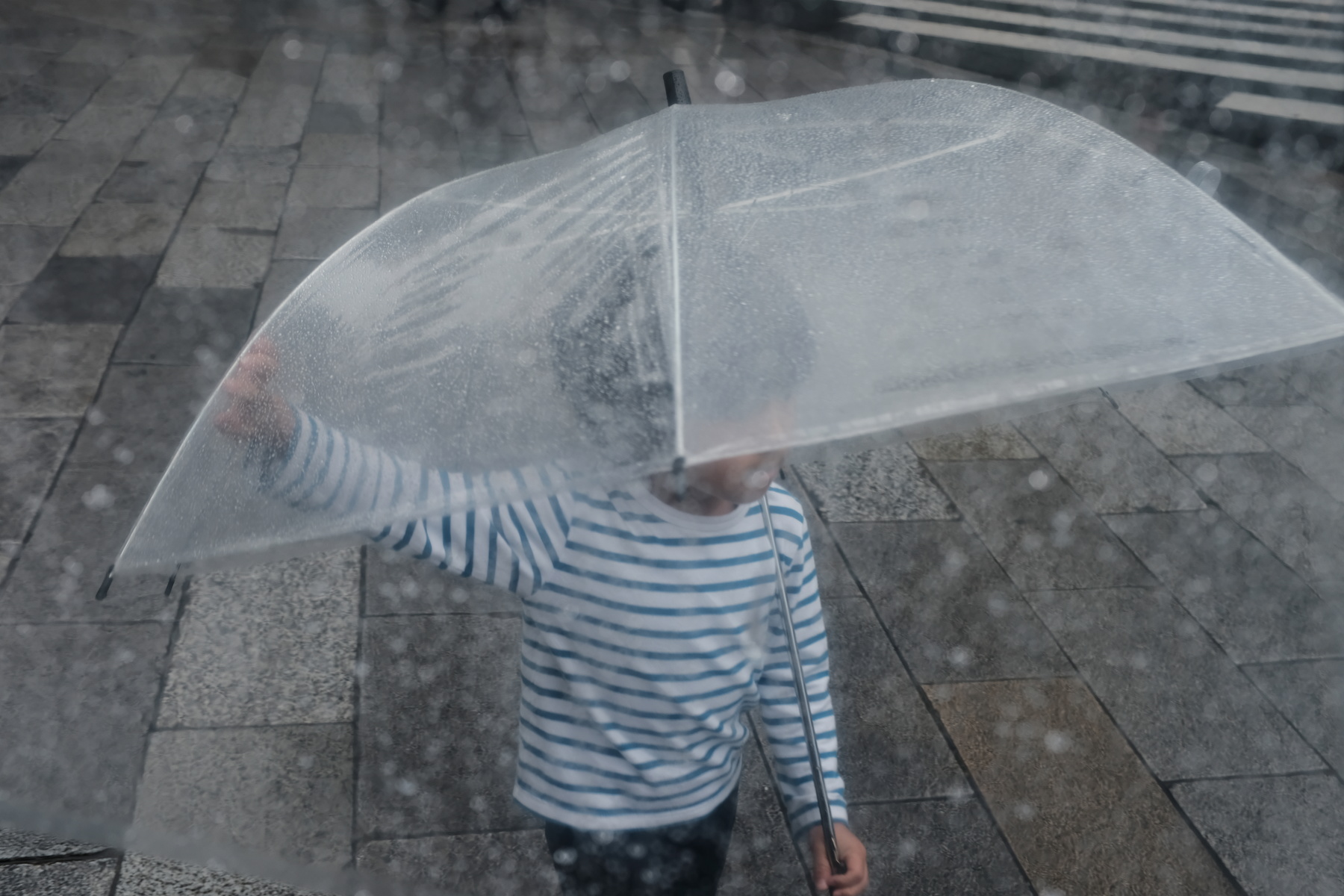 Neil Ta is a Toronto-based photographer who fully embraces the cross-pollinization of genres he photographs. You can browse his diverse portfolio, find him on Instagram @neiltaphoto, or connect with him on Facebook.