A first look at the Fujifilm X-T3

The Fujifilm X-T3 was not really on my radar when the first rumors started to come out on the Internet. Initially it looked to me like some minor improvement compared to the X-T2. I kept an eye on all the information about the new camera, but I was more focused on the new XF lenses that were about to be introduced this summer. Little did I know how fast it would change…

In the beginning of August Fujifilm Switzerland Fujifilm contacted me and was asking me if I would be interested in testing a pre-production model of the X-T3 as they thought it would fit with my focus on music photography. Obviously, I could not say “No” and it made me curious if there is maybe more about the new camera. 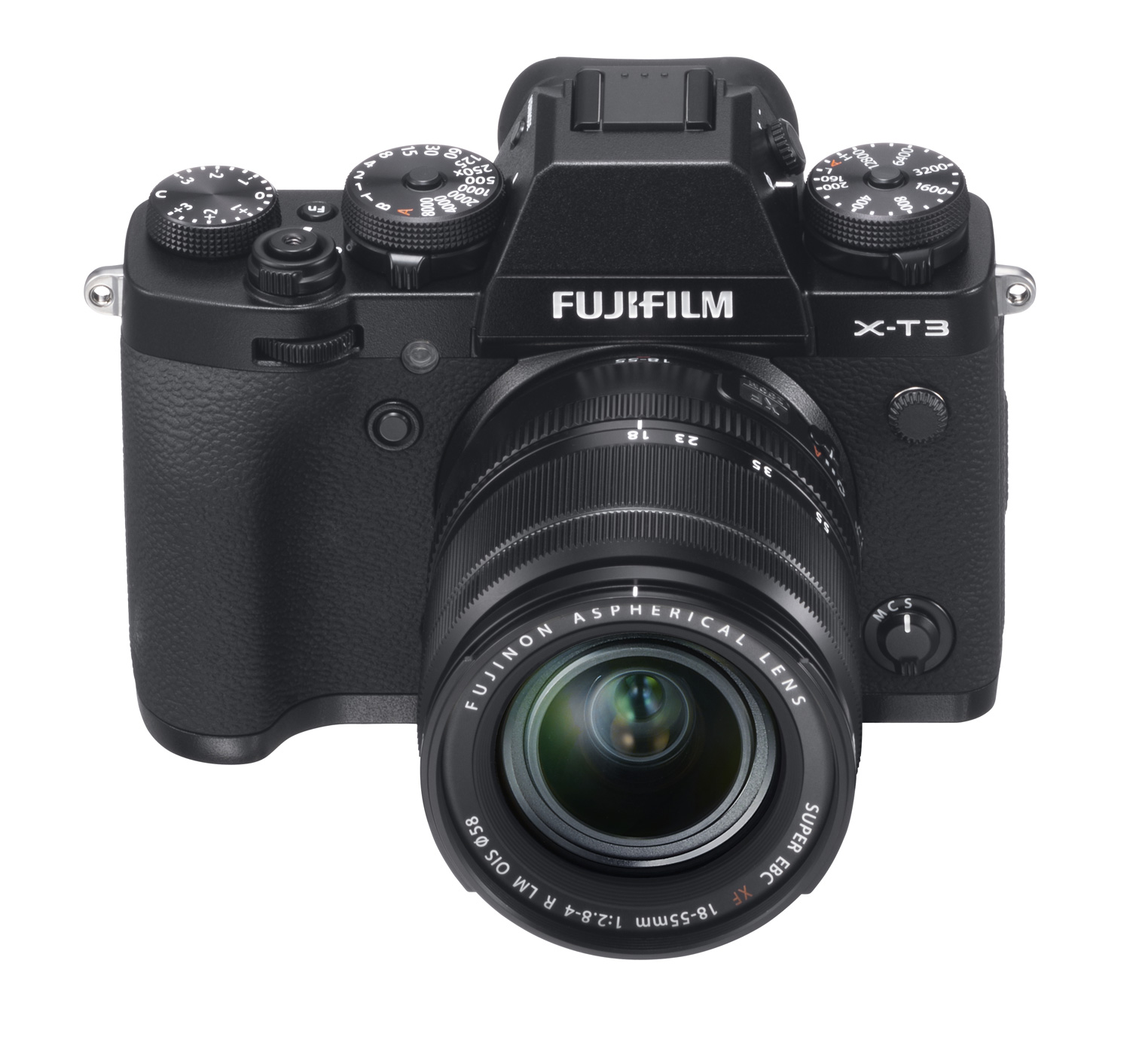 I started to go through all the rumors again and was checking if I have missed anything, but at that point in time there were rather vague information available. After a first briefing over the phone with Fujifilm, they talked a lot about the improved autofocus which is always a welcome upgrade. On the other hand, the autofocus of the X-T2 after several firmware updates, had not been so slow anymore either. So, I was looking forward to getting my hands on this new model and give it a try…

On August 16th, just hours before I had to shoot the Justin Timberlake concert in Zürich, I met with Fujifilm and they gave me a brand-new silver (!) pre-production model of the X-T3. Silver (graphite) always has been my favorite color for the T-Series and now I had one again, even if it was only temporarily. 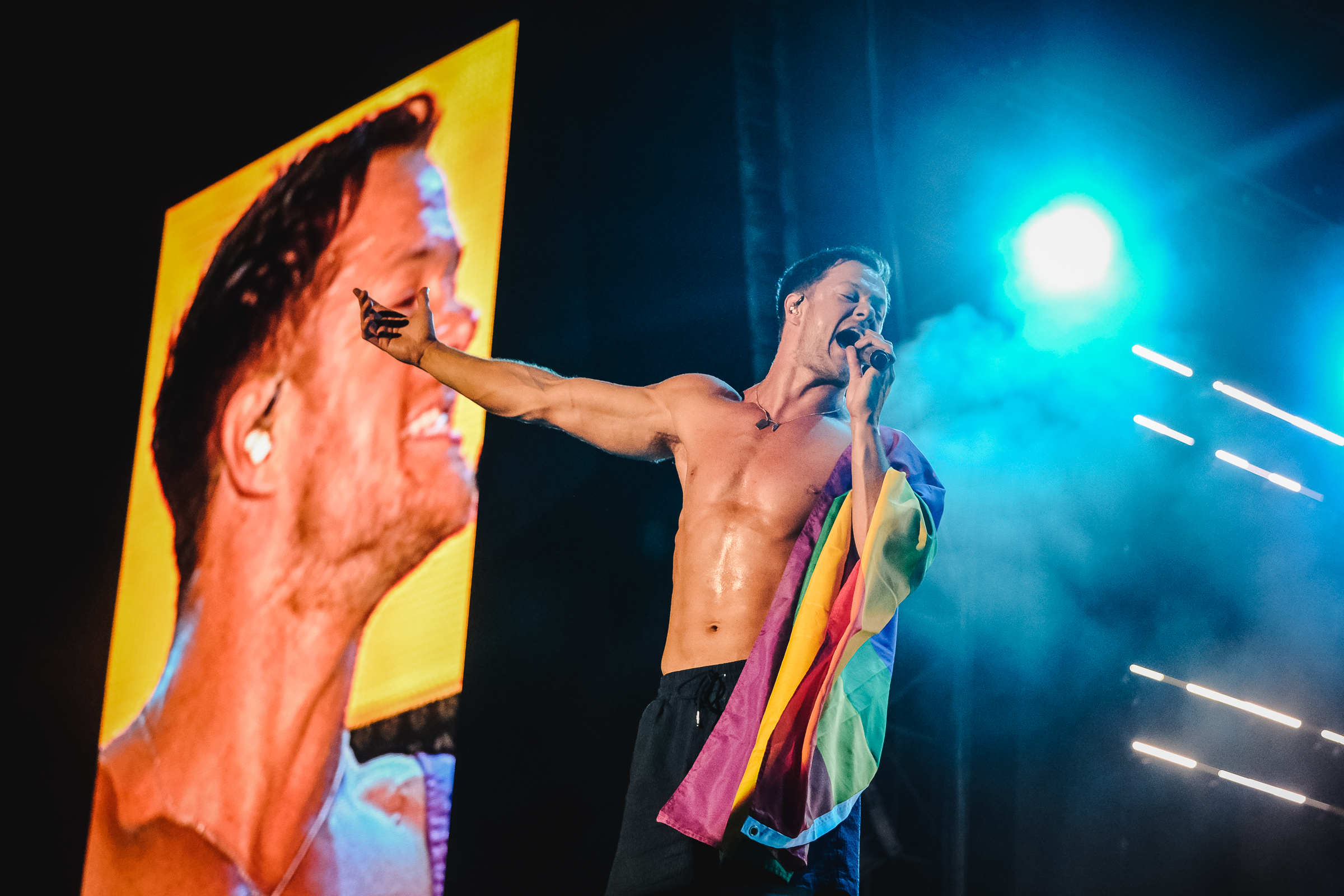 Body and Design
Getting a new camera model just hours before an important shooting can be a bit of a challenge if you need to get to know the details, but with the X-T3 it was a bit different. First, we are talking about the T-Series in general. And since I had X-T1 and X-T2 before I was familiar right away especially since the X-T3 is from the outside is not much different compared to the X-T2. The difference is really in the inside, but more about that in a bit. The overall design, the button and dial layout are more or less identical with its predecessor.

There are minor “cosmetically” adjustments compared to the X-T2. The slightly bigger thumb grip on the back is a noticeable difference that is immediately visible. Furthermore, the compensation dial is a bit smaller and moved away from the edge of the camera. In addition, the exposure compensation wheel does not turn so easily anymore, minimizing the risk of accidentally turning it. One huge improvement is the diopter knob that works now like a crown of a watch. You have to first pull it out before you can change anything and then push back in again. Gone are the days of a blurry viewfinder since the wheel turned by itself when you were carrying your camera in the bag. Overall once you start using the camera, you realize that the wheels are sturdier, and the input is more direct than the ones of the X-T2 as the X-T3 has inherited these features from the X-H1.

If you are fan of the battery grip like me, there is another nice improvement, the front grip is a bit wider now providing some better grip and stabilization especially when you use some of the longer lenses, not to mention the all new XF 200mm f/2. The grip features the shutter release button, focus lever, AE-L button, AF-L button, command dials, Q button and Fn button to provide the same level of excellent operability in vertical shooting as you get in horizontal operation. However, with the X-T3 you don’t need the battery grip anymore to achieve the 11 fps of continuous shooting with the mechanical shutter.

Overall this is where the evolution of the X-T3 compared the X-T2 starts. And even if you “just” only had an X-T1 you will be familiar straight out of the box with the new flagship. However, as I said before the real improvements are inside the X-T3. 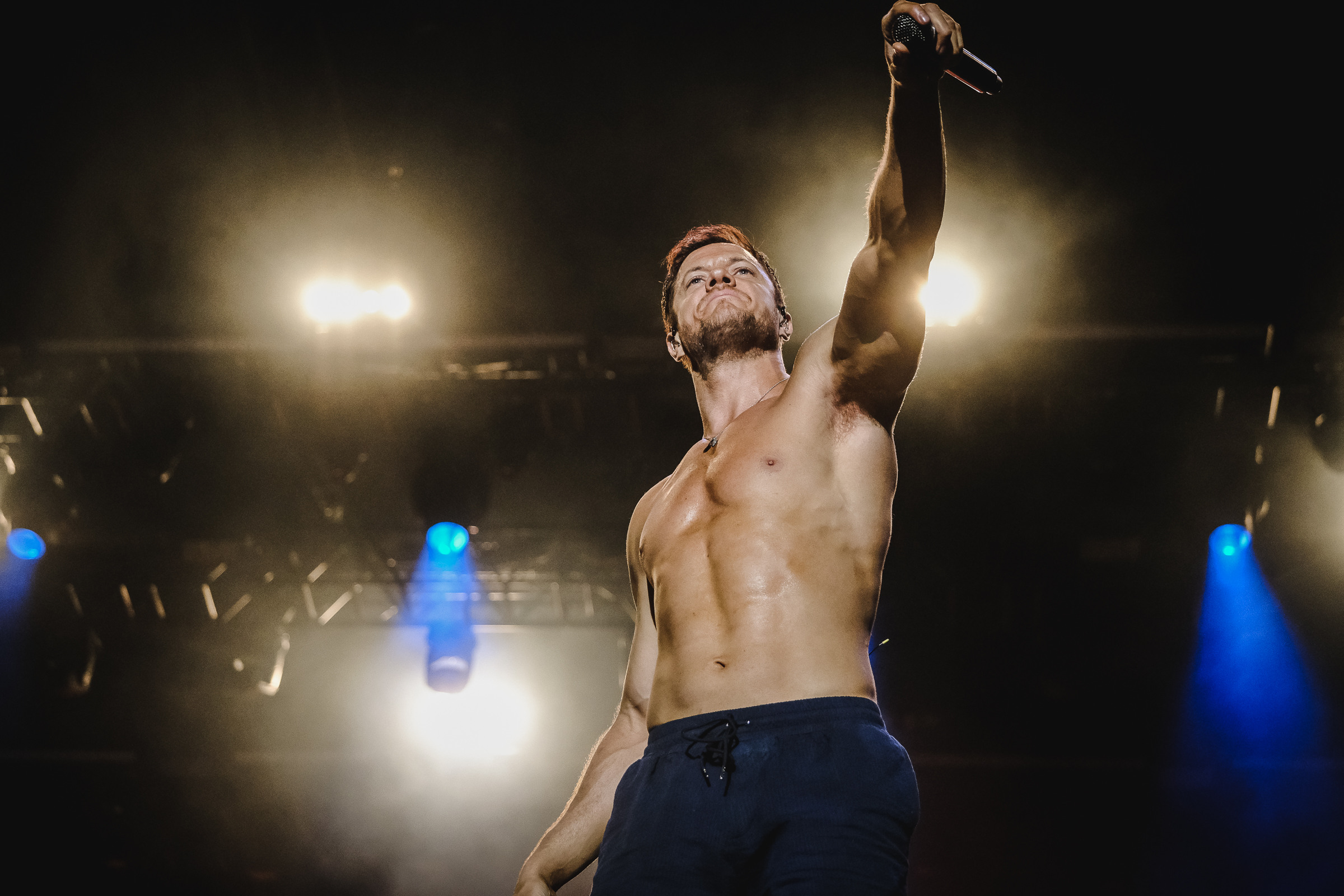 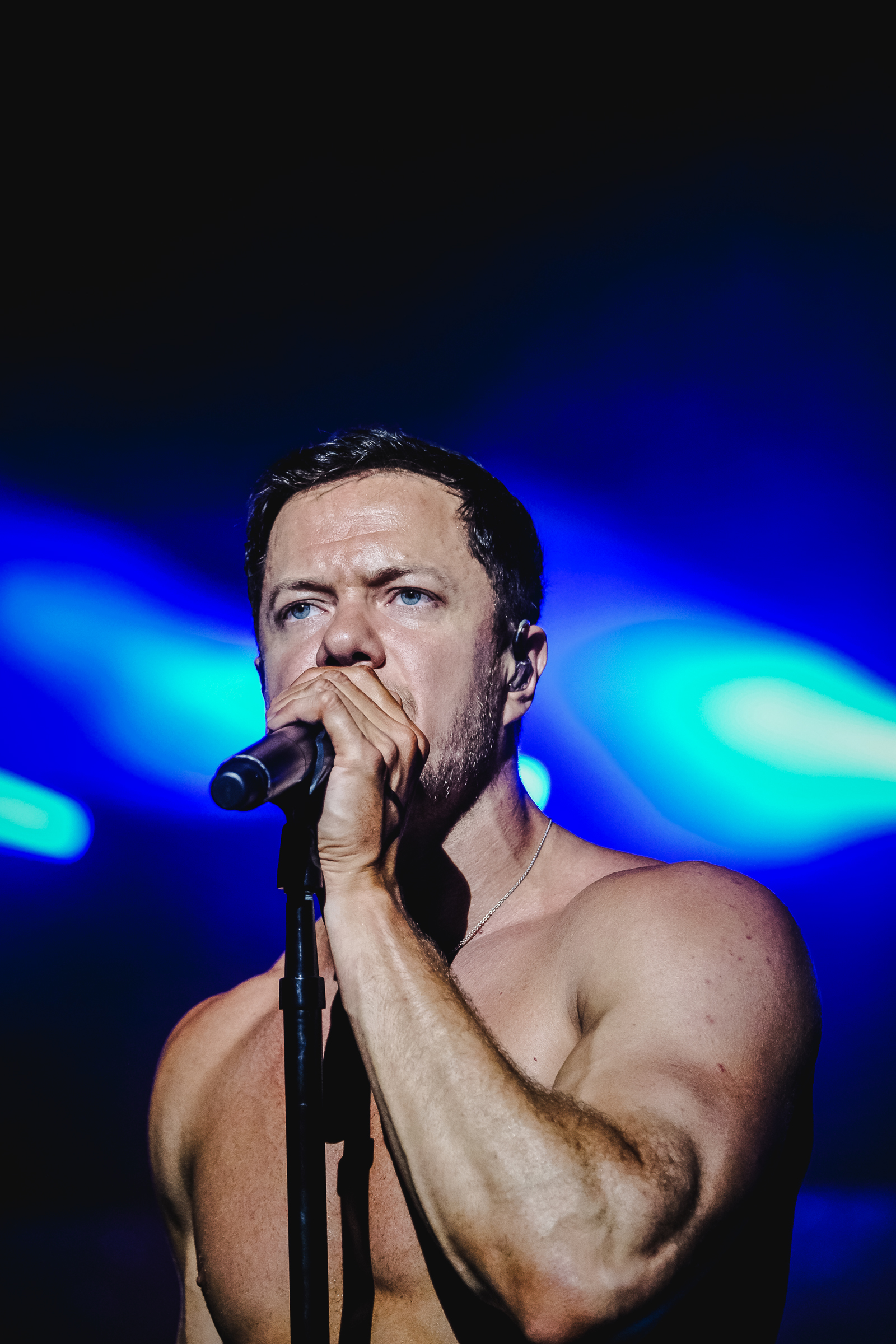 Performance
Fujifilm packed a performance boost in the X-T3 with its new processor and sensor. This boost comes from the new X-Trans CMOS 4 sensor and X-Processor 4 image processing engine. What this means from a practical point I will try to explain.

Let’s begin with the autofocus. I was very surprised when Fujifilm told me that autofocus is one of the improvements until I could experience it myself. By now I was used to that my two main zoom lenses XF 16-55mm and XF 50-140mm were focusing rather fast with the X-T2 and that other lenses were a bit slower in particular one of my favorite lenses the XF 35 mm f/1.4. Putting this lens on the X-T3 (keep in mind still a pre-production model with no final firmware) there was a significant speed boost. Even with pre-AF not enabled there was no hunting anymore and you could simply focus and switch subjects. With all the X-cameras that I have used so far, the AF with this lens never had been that fast. The improvement is not only noticeable with this lens. As I was “forced” to use the XF 100-400mm at the Justin Timberlake concert (distance to the artist was between 30 to 40 meters) I used it for most of the concert at 400mm with f/5.6 in a rather dark environment. Even in this situation the autofocus was very fast, reliable and to the point. Fujifilm explains that this is achieved through the improved AF performance which has a 1.5 times faster processing speed compared to the X-T2.

Furthermore, when you shoot in continuous focus and with a high frame rate (the maximum is 30fps with the electronic shutter) there is no black out anymore so that you can easily follow the subject in the viewfinder and have for instance no cut off body parts as you can clearly focus on your subject. It is not so crucial for my subjects, but any sport and nature photographer should be more than happy about it.

One point however that I’m very happy about is the improved phase AF with a maximum of 425 points over the whole sensor. With the AF joystick you navigate over all the points and will have point by point the same and instant AF independent if you select a single point or a group of points. With the X-T2 phase AF was limited to the center of the sensor. Technically this improvement comes from 4 times the amount of phase detection pixels compared to the X-T2. This has as well the positive side effect, as I mentioned above, that low-light autofocus has been extended with 2 stops.

One last thing on the performance side are the JPEG files straight out of the camera. This is more a subjective feeling when I was working with the files. Not only were they cleaner at high ISO, they were as well sharper (I have not applied any sharpening to the images, so it was set to “0”). In addition to the improved dynamic range I could really correct files that were 2 to 3 stops to dark.

Overall the performance update of the X-T3 will be immediately noticeable to everyone that will use the camera. Unfortunately, we cannot expect them to get them with just a simple firmware update to all the previous models. 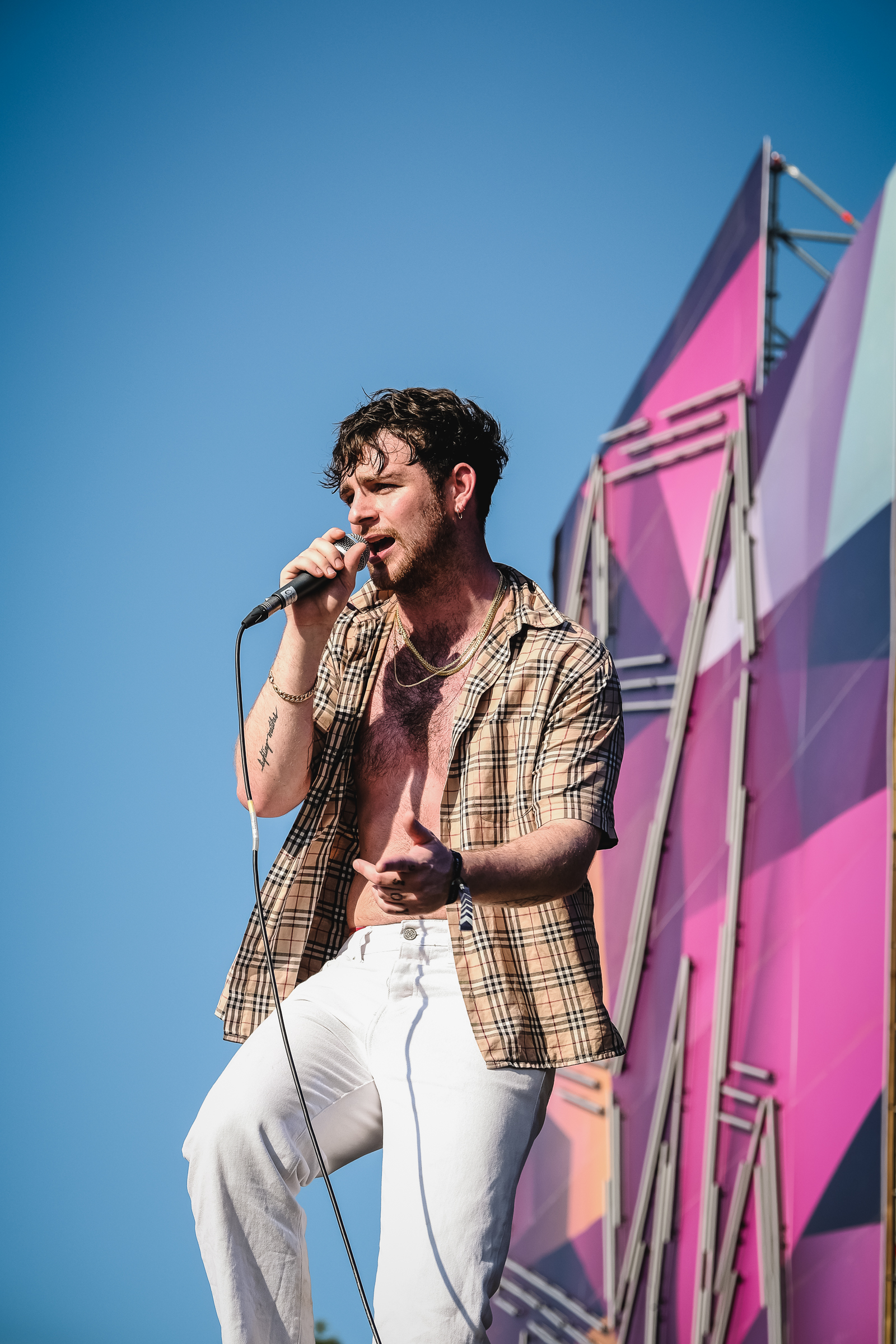 Battery
I still wanted to say a few words about the battery life. I have a subjective feeling that it has improved as well compared to the X-T2. While battery life was certainly not bad with its predecessor, I think I still got more image out of one battery. With this pre-production model I shot a bit over 1000 images (in normal mode not performance mode) and just and just emptied the first battery in the battery grip. These batteries were already used in my previous cameras and were far away from new. Besides all the “performance” improvements this evolution is the one that I’m looking forward to when I start putting my own X-T3 to its paces… 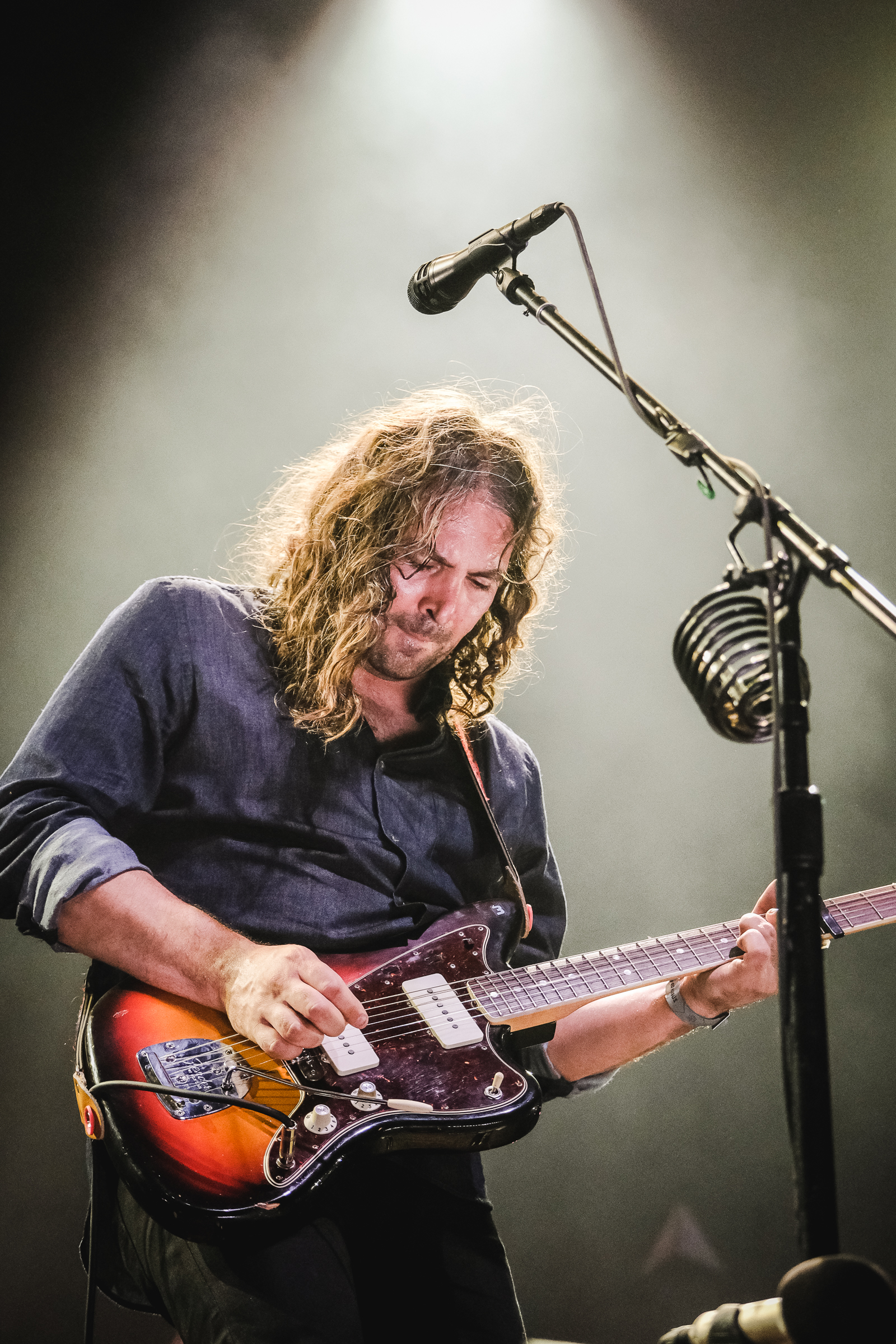 Summary
All in all, I am very happy what Fujifilm has achieved with its new flagship. Unfortunately, I did not have too much time for testing it (I know this time is always too short) but I can honestly say that I am positive surprised about the X-T3 and will look forward getting it into my camera bag once it will be available (which should be around September 24th). With the X-T3 you get a powerful camera that definitely can compete with a DSLR in the same range. If you were wondering why I have not written anything about the film features, which have been updated as well compared not only to the X-T2, but also to the X-H1, I simply haven’t had the time on the one side and on the other side I leave this to the specialists who have a better knowledge about it.

Last but not least a small disclaimer at the end. I am an official Fujifilm X-Photographer, as Fujifilm calls their brand ambassadors. This review is based on my own opinion and is not aligned with Fujifilm. You might want to keep that in mind after you have read the lines above.

As pictures can tell more than words I leave you with some pictures that I shot on Day 1 of this year’s Zürich Openair. All of these pictures were shot with a pre-production model of the X-T3, no final firmware and are JPEGs with some minor editing in Lightroom.

Til is a freelance photographer from Switzerland. He has photographed for over 30 years. Originally, his interest was in sports photography, but in recent years, the focus has shifted to people and music photography.