Hello Tom! Could you introduce yourself?
I’m a 28 year old photojournalist living in the south of Sweden (the part without polar bears). Currently I earn my keep working for a newspaper called HD-Sydsvenskan. Interests include: playing the guitar (quite badly), cooking (a bit better according to my girlfriend Matilde), traveling and pretty much everything related to that delicious black substance known as coffee.

When did you first start getting interested in Photography?
Haha actually I got into photography by boredom. I was fifteen and it was during one of the hottest days of summer. I was fed up with just laying around in the garden and doing nothing so I decided I needed something to do. I went over to my father who was half asleep in a sun lounger, and asked him to ”teach me photography real quick, preferably in like five minutes or something”. My father, who himself is a photojournalist squinted and gave me look as if I had just told him that I had put the neighbors cat in the blender. He got up without saying a word and disappeared into the house. When he got back he had a battered old Canon Eos D30 DSLR with him. A camera that even then was considered to be obsolete. He put the ancient DSLR in my hands, put the camera in P and showed me what button to press in order to focus and told me to go shoot something and when I got back we were going to look at the pictures and see what I could do better. At least that’s what I think he said, i’m not certain because at that point I was already racing across the lawn…

Do you have a formal training in Photography, or are you self-taught?
I don’t have any formal training no, but I’m a firm believer in learning by doing. Or rather learning what not to do by doing wrong (sometimes repeatedly). I’ve had the luxury of growing up in the internet age with tremendous amounts of information at my hands. I do have some education in psychology and film making which both have helped me immensely.

From Portraiture to Travel, Sports, Concerts, Street and Product Photography, you shoot a wide variety of situations. Have you got a preferred one?
To me there’s a certain magic to photography regardless of what kind it is. Even after working professionally for 10 years I still get a warm feeling of happiness when I feel that I’ve captured a great shot. I love trying new things and challenging myself to do better. And that makes it hard for me choose a specific genre. But I think I were to choose one it would be Street photography. Street photography can be incredibly unforgiving and really puts your photographic skills to the test. There’s no retries and no spending hours perfecting a composition and setting up lights. It’s just you, your camera and the entire world the rest is up to you. It’s hard and I love that.

Natural or artificial light?
To me light is light, regardless of whether it comes out of a expensive Broncolor strobe that cost as much as a used car, a cheap flashlight from eBay or the sun setting on a autumn day. Light. Is. Light. It what you do with it that matters. I use both in my photography and I don’t have a preference. But I do find that when I’m using artificial light that I’m creating or building my image instead of reacting and capturing it as I would when relying on natural light.

How was your first experience with Fuji?
Awesome! Before I started working full time as a photographer I worked in a camera store selling cameras. I used to complain to my customers and colleagues about how no one seemed to be able to create a simple, compact camera with a decent sensor that you could actually use without making compromises. Then I held the X100 in my hands and it seemed like all my prayers had been answered. Then I tried the electronic viewfinder of the X-T1 and what I think is amazing is how it really lets you see light the way the camera does. What you see is what you get. That’s a feature that doesn’t get nearly enough recognition.

According to the subject you are shooting, how does your camera setup varies?
Not that much actually, typically I carry two cameras. One with a 35 mm lens, that’s my ”What-My-Eye-Sees-Camera”, and one camera with a 85 mm lens. That’s my ”When-I-Focus-On-Something-Camera”. With that set-up I can pretty much get everything I need and all I need to worry about is getting a good composition. Sometimes I carry a 24 mm when the situation demands it. And very seldom I swap the 85mm for a 70-200, if I need the extra range. I find that with more lenses comes more choices and with more choices comes more thought. With no choices comes decisions, and with decisions comes compositions. And to me compositions are everything. Interestingly the less I think the better I shoot.

If you could ask Fuji for the perfect camera, how would it be?
Boring answer but they’ve pretty much already makes them. I don’t need a quadrillion megapixels or frames per second. I need something that quiet, small and capable. Fuji makes that already. 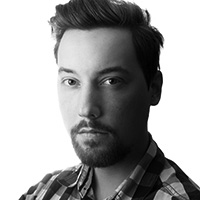 Award winning photographer from Trelleborg, Sweden. He works as a photojournalist for the newspaper Helsingborgs Dagblad/Sydsvenskan but he dabbles in street photography, portraiture and product photography.

Award winning photographer from Trelleborg, Sweden. He works as a photojournalist for the newspaper Helsingborgs Dagblad/Sydsvenskan but he dabbles in street photography, portraiture and product photography.

Posted on July 4, 2020July 3, 2020by Thomas John
Currently, I happen to have both these cameras at home so I thought this is a good opportunity to do a small comparison – between the first and the current incarnation of Fuji’s E…
END_OF_DOCUMENT_TOKEN_TO_BE_REPLACED
Categories INSPIRATION

Posted on June 25, 2020June 25, 2020by Stefan Panaitescu
When I switched from Sony to Fuji, I had no idea how much photography would actually grow on me. Of course, I wanted to get better and take nicer shots, but since that first tr…
END_OF_DOCUMENT_TOKEN_TO_BE_REPLACED
Categories INSPIRATION

Posted on June 22, 2020June 22, 2020by Jeremy Roschelle
On March 10, 2020, our San Francisco Bay Area office closed. Suddenly, we were all working from home. On the 13th, I noticed the lovely tulips in the front of my house and took a …
END_OF_DOCUMENT_TOKEN_TO_BE_REPLACED
Categories INSPIRATION

Posted on June 18, 2020June 18, 2020by Marcelo de Coghlan
Photos of motorcycles and their owners are undoubtedly my favourite thing to shoot. Oftentimes, having someone show their essence and their relationship with their vehicle takes t…
END_OF_DOCUMENT_TOKEN_TO_BE_REPLACED