Marriages are said to be made in heaven and arranged here on Earth. An NGO by the name Aloy Fera has taken up this noble cause of arranging marriages here in our very own City of Joy. Wait. This is not just about a single marriage that I am talking about. It’s about Mass Marriage. Yes you heard that right. The said NGO has been relentlessly organizing mass marriages for Hindus, Muslims, Christians and Tribals alike since 2011.

This year was no exception either. 164 religiously diverse unmarried couples from the economically backward section of our society tied the nuptial yesterday on Valentine’s Day at the Matri Sadan Maidan at Paikpara. All necessary arrangements starting from the wedding dresses for the bride and groom, jewellery, make up etc were in place just as it would be if their parents would have arranged the same had they been financially stable.

The auditorium adjacent to the maidan was where the would-be couples got dressed up. The otherwise ordinary girls were transformed into pretty brides by the make up artists while the men dressed up in golden punjabi kurta waited anxiously to see their brides. Meanwhile a group of tribal musicians and dancers played on in the courtyard outside while the family of the couples joined them in celebration.

Post the makeover session the couples were seated next to each other inside the auditorium hall with a hindu priest, a muslim maulana and a christian pastor seated in the front row. It was a beautiful sight to see the excited brides and grooms waiting to be united in holy matrimony. Some brides were happily clicking selfies to document the most important day of their lives. Soon thereafter the 164 couples walked out of the auditorium premises in a queue all the way to the marriage venue.

The maidan had beautifully decorated enclosures, a separate one each for the hindu, muslim and christian fraternity. Right in the centre was a dais where dignitaries and guests were seated. The couples were made to sit at the base of the stage before moving in to their respective enclosures. The christian and muslim couples got married prior to the hindu one’s. Each of the hindu couple had a priest to guide them through the rituals.

The jamai baron, kanya daan, mala bodol and sindur daan was followed by the fire ritual to conclude the holy ceremony. NGOs have always extended a helping hand for a social cause and Aloy Fera has set an example to the rest by proving it that all you need to unite two loving people in the bond of marriage is good intent. This Valentine’s Day will always be etched in the hearts of the 164 men and women who were united in marriage with myself being no exception as I had never witnessed such a gala social event before.

Hi Ritesh! Thank you for this introduction. What equipment did you use to photograph this project?
Currently I am using the Fuji X-T1 mirrorless system. I happen to own some amazing optics from the Fuji X mount line-up which includes the 18-55mm, 23mm f/2, 16mm f/1.4, 10-24mm & the 50-140mm. As an external lighting source I have used the Godox TT685 (Fuji) mounted on the camera. This particular project was shot with the 10-24mm lens.

Could you explain this particular lens choice?
I think that the 10-24mm is a very versatile lens giving me the option of a wide angle coupled with the zoom in feature for composing my images. This particular event required the subjects to be captured in their environment hence the lens proved to be very useful. Most of the times I was shooting at 10mm, zooming in occasionally to avoid the unnecessary elements.

What were the camera settings and why have you chosen to use flash in this project, unlike your usual Street work?
I have used the ‘Standard’ film simulation option for this project. The DR was set to 200 while the other setting options remaining unchanged. I shoot JPEG and in full manual mode. The event was mostly shot indoors and at dusk where the ambient light availability was reduced. The 10-24 limited me to open up my aperture to f/4 max. Hence I opted to use my flash unit to compensate for the loss of light and fill in. Moreover I feel that it helped me in producing impactful images that stand out when shot otherwise on the streets without a flash.

How did the X-T1 behaved regarding focusing in low light conditions?
After Fuji’s latest firmware update, I have never had any major issues when it comes to focussing with the X-T1 in low light till date. Although a slightly faster AF would always be welcome just as it is found in its successors the X-T2/3 ( Fuji are you all ears?) This project did not have any fast moving action hence I got enough time to compose my frames. Using the flash complimented my work well.

Would you like to explain your editing workflow, the software and device used and the advantages of a “mobile workflow”?
Strangely enough I have never edited my images on a laptop/desktop ever since my inception into photography around 4 years ago. I transfer my images to my smartphone using the inbuilt wifi option available in my X-T1 and edit using Snapseed and Lightroom CC on my phone itself. Although many would feel the limitations of editing on a phone I personally find it convenient as it allows me to edit on the go saving me a lot of time. The results I am sure speak out for themselves. 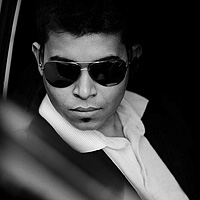 “Greetings!!! Iam a Kolkata born photography enthusiast who loves shooting with the Fuji mirrorless system. I have been a Banker by profession since 2007 until I realised that I love making pictures more than anything else. I stepped into the world of photography about 2 years ago and have been putting in my efforts to evolve as a Street Photographer…”

"Greetings!!! Iam a Kolkata born photography enthusiast who loves shooting with the Fuji mirrorless system. I have been a Banker by profession since 2007 until I realised that I love making pictures more than anything else. I stepped into the world of photography about 2 years ago and have been putting in my efforts to evolve as a Street Photographer..."

Reportages about your craft, by a craftsman

Posted on June 9, 2021June 9, 2021by Robert Kalb
As a trained carpenter and photographer, I have specialised in photographic reports in the field of traditions, culinary and handicraft. All photographs are taken without "prepara…
END_OF_DOCUMENT_TOKEN_TO_BE_REPLACED
Categories INSPIRATION

The story of my story

Posted on May 31, 2021May 31, 2021by Christian Vaccaro
My name is Christian Vaccaro, I’m 19-year-old, and I live near Milan. I attended art school, where I cultivated my passion for art, drawing and photography. Here I had the oppo…
END_OF_DOCUMENT_TOKEN_TO_BE_REPLACED
Categories INSPIRATION

The photographer who used to leave the lights at home

Posted on May 28, 2021May 28, 2021by Ciro Palomba
Working as a software/web developer, Ciro Palomba, from Napoli, started with photography for its technological aspect. But he kept experimenting and slowly started to get into por…
END_OF_DOCUMENT_TOKEN_TO_BE_REPLACED
Categories INSPIRATION

Posted on May 18, 2021May 18, 2021by Johan Otterdahl Edfeldt
Born in Sweden, Johan is a citizen of the world. Music, Photography, Dance, among others, his passions are many, becoming indistinguishable between hobbies and work.Enchanted by h…
END_OF_DOCUMENT_TOKEN_TO_BE_REPLACED