“Death is actually a matter of life”

“Some years ago I was going to document life in a mosque in the Vesterbro neighborhood, in Copenhagen. A member of the neighborhood’s Pakistani community had died and the body was about to be sent to Pakistan. The deceased was lying in an open coffin in the mosque which was very busy that day. Suddenly, I saw a boy of about eight years old standing and looking at the deceased. It was an emotional scene that made me reflect; it was the first time that I had seen a dead person. It made me think of how great a taboo death actually is, especially here in Northern Europe. In the following years, I often thought about the scene with the boy and the body and very slowly a project idea began to take shape in my head. In 2010, I started to take the first serious steps in a project that was later to become my Dead and Alive project.” 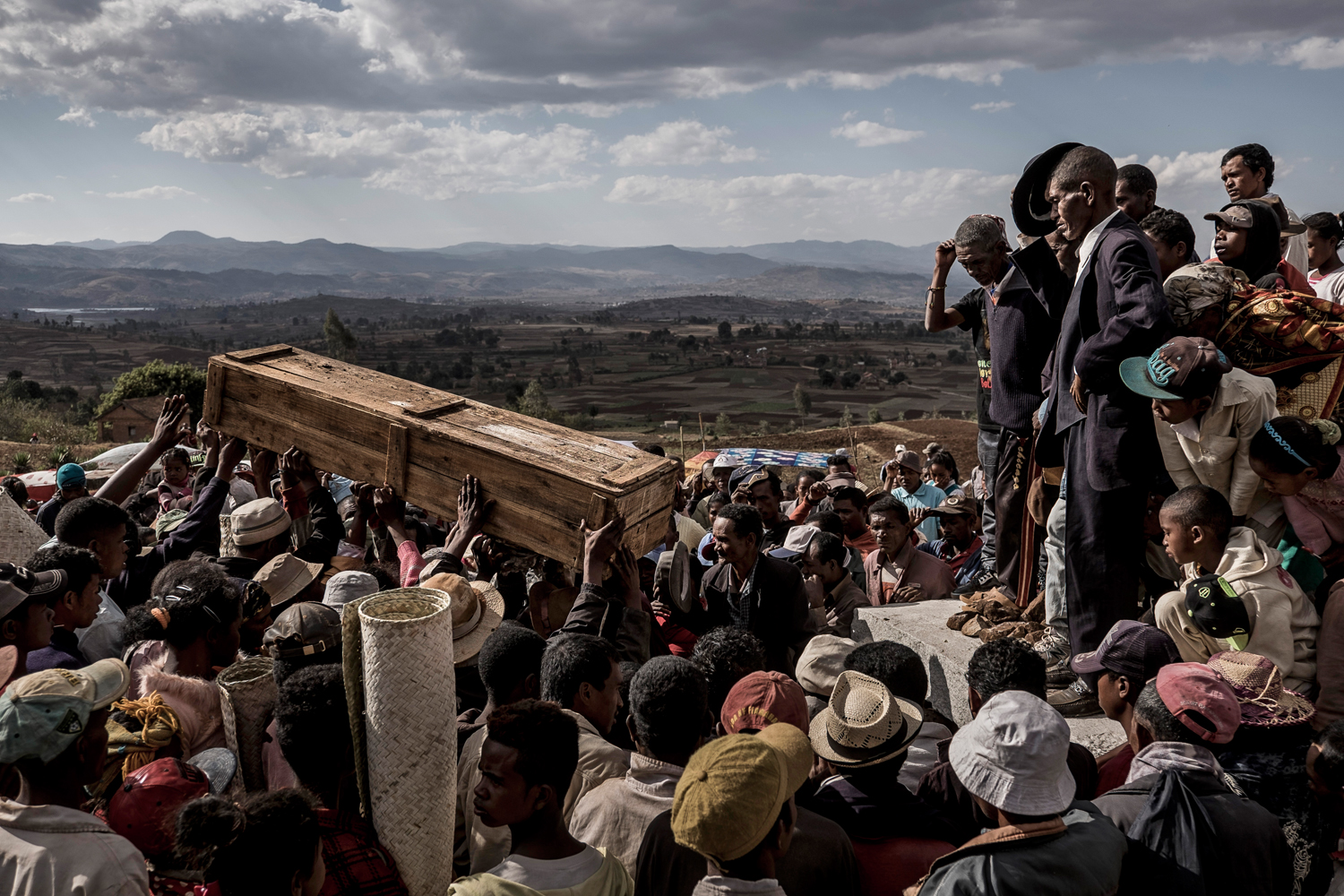 The Danish photographer Klaus Bo (born 1967) has been working freelance for the last 20 years. Recently, he received the special prize of the Danish Life & Death Association which, since 2011, has been awarded every year to a person who has made a special effort to break down the taboo about death. And Klaus Bo was certainly an excellent choice. For the past eight years he has travelled to numerous regions of the world to photograph the funeral rituals of different cultures.

But why a project about funeral rituals?
“Yes, I recognise that it may sound a bit bizarre, but when you remember that death is a part of life, I would actually say that this project is really a project about life. It’s a project that I’ve had a strong feeling for ever since I started. It’s a subject that has titillated my curiosity for many years. So far, I have travelled to 12 different countries in about 60 weeks. In the future, I will definitely continue to explore funeral rituals in new countries.” 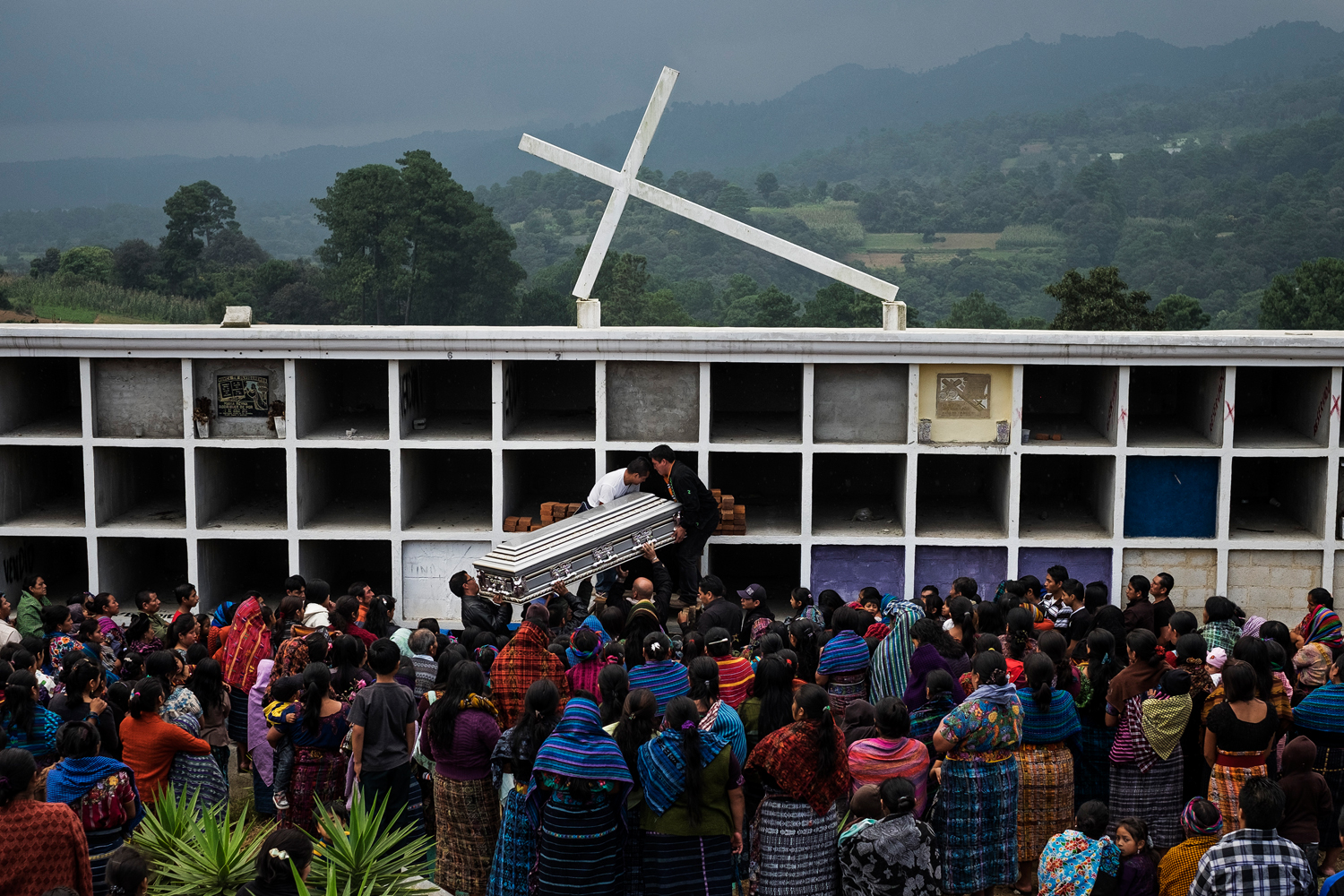 Obviously, death and funeral rituals constitute intimate moments for all people. How do you manage to get access to these moments?
“When I travel outside of the normal tourist areas, I live, eat and behave like the locals. I always try to contact a local person who can guide me around and I also tend to use the same transport as the locals. It is, in my opinion, the best way of getting close to people and winning their trust.

When I first meet a family, I often take photos of them so that they understand that’s what I’m there for. This helps create a bond with them immediately. Obviously, all this requires great empathy and also some psychological insight. In addition, you must be able to make some quick decisions and, as I fund the entire project myself, there isn’t much room for mistakes.” 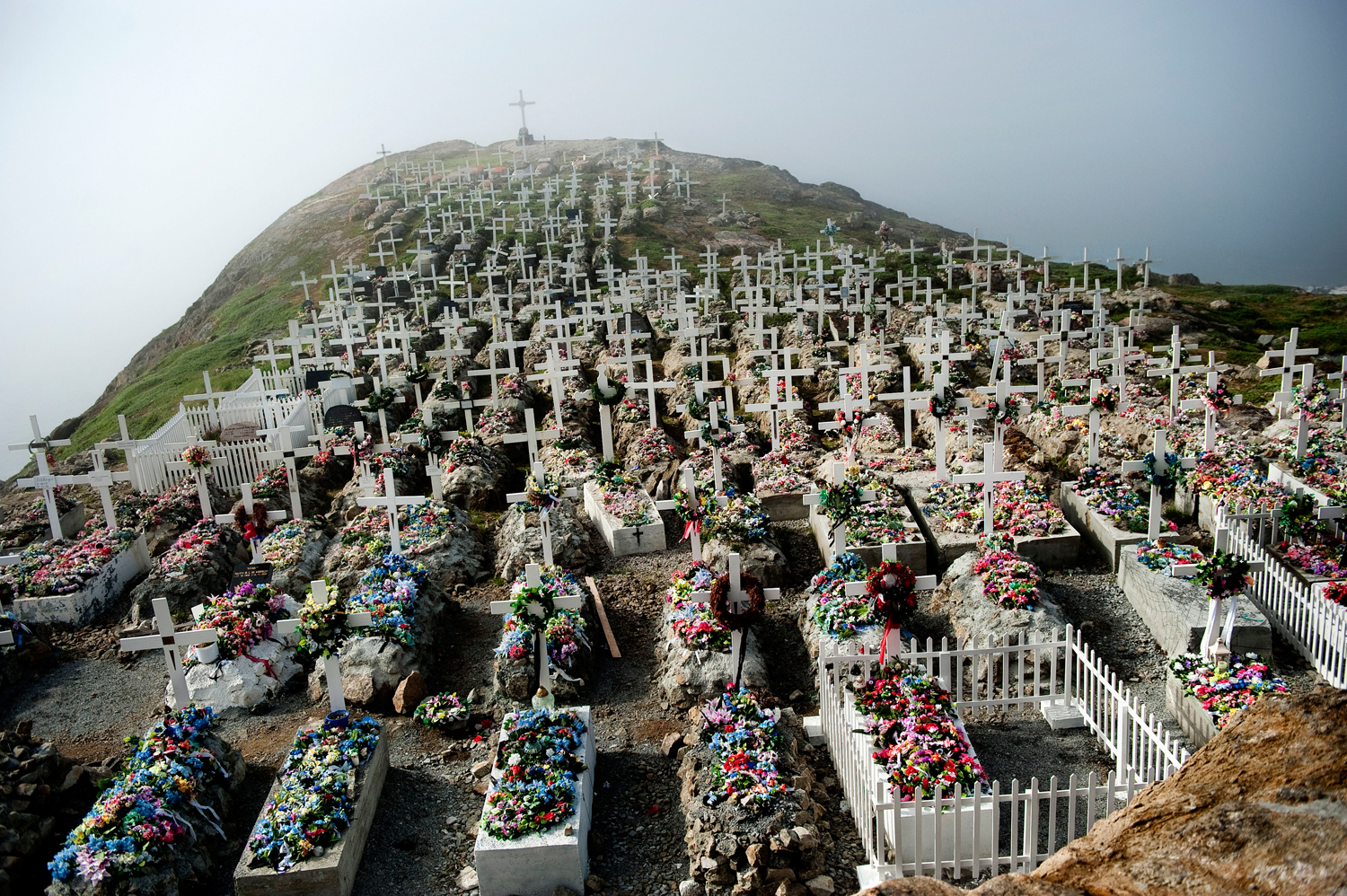 For many years you have travelled “with death as a fellow passenger”. I guess that you must have had some memorable experiences?
“Oh yes, there have been a lot of them. My most peculiar experience was definitely the one I had in Haiti, where I met a man who owned a private mortuary. He said that it would be possible to photograph a funeral ritual in Artibonite, north of Port-au-Prince.

However, he told me he would have to investigate it further and therefore sent one of his people to speak with the local voodoo priests. When I spoke with my contact again, he told me that the priests in Artibonite had said that if I showed up with my camera, they would simply kill me! I can assure you that this kind of threat should be taken very seriously in Haiti!.” 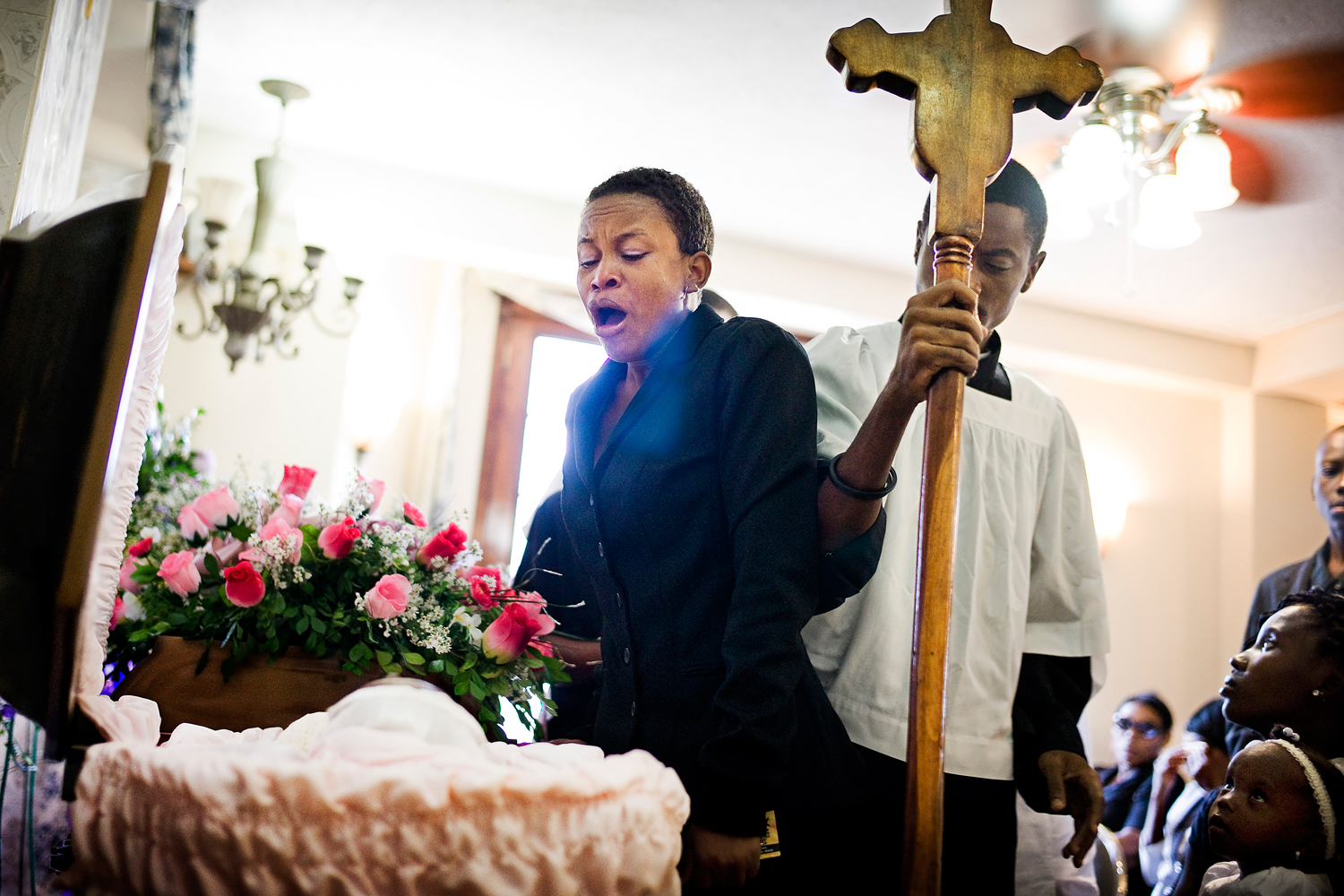 So what did you decide?
“I had been in Haiti for six weeks, travelling around with a local interpreter to do research. This period had certainly not been for free and I just didn’t want to go back home without new photos for my project. But now the voodoo priests had ‘discovered me’, my interpreter thought it was best if I hid for a while. Then, all of a sudden, two days before my departure, my interpreter called and said that one of our contacts had been in touch. The message was that I could have access to see a very special funeral ritual.

At first I was afraid it would be a trap to lure me in, but I took a chance and I ended up seeing and photographing an incredibly moving ritual. The funny thing was that the voodoo priest who performed the ritual was convinced that I was a white voodoo priest who was in Haiti to bring a voodoo spirit back to Europe. He insisted that I should take the dead mambo’s (a mambo is a female voodoo priest, ed.) spirit with me back home. It is now in my bedroom and was initially the cause of some rated nasty nightmares (laughs).” 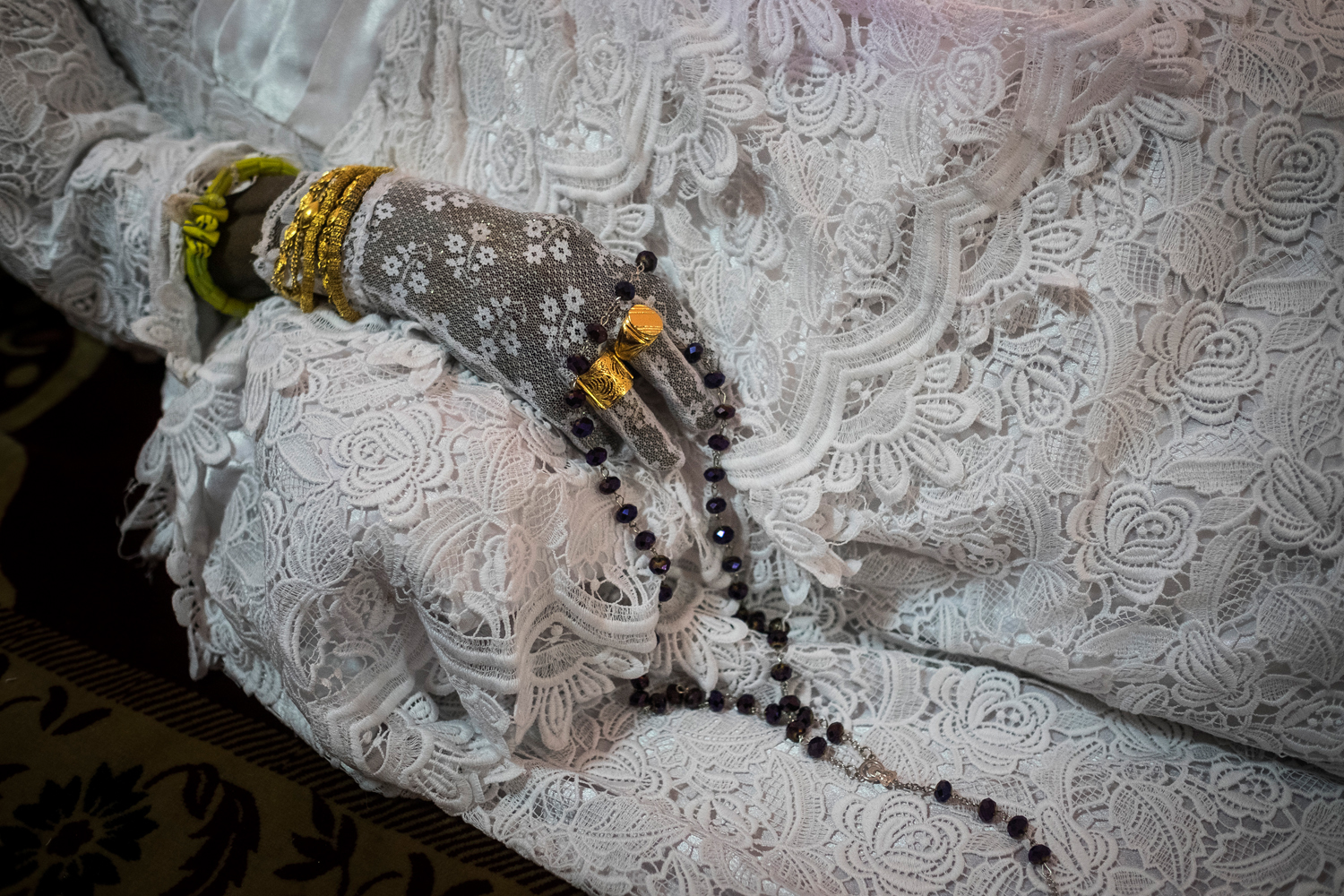 Many of Klaus Bo’s photos of funeral rituals are obviously quite strong – lifeless bodies, people who have been cremated and corpses in new clothes.

Have these strong photos caused negative reactions in people who have seen them at your various exhibitions?
“So far, I’ve received almost exclusively positive reactions. Some are overwhelmed by how close I’ve been to the dead. Some may not even have seen a dead person in their lives, and in a few cases seeing a dead person ‘displayed’ in this way was almost too strong an experience. During my trips, I have experienced many emotional scenes and I’ve often had a discussion with myself about the ethical aspects of my project.

But gradually, the mantra of my project has become: if families are able to look at the dead in real life, people that attend exhibitions should also be able to look at the same reality that I’ve been shooting. When I look at my photos, I actually think I’ve achieved what I wanted: to photograph the dead – and the living – beautifully  and with respect.” 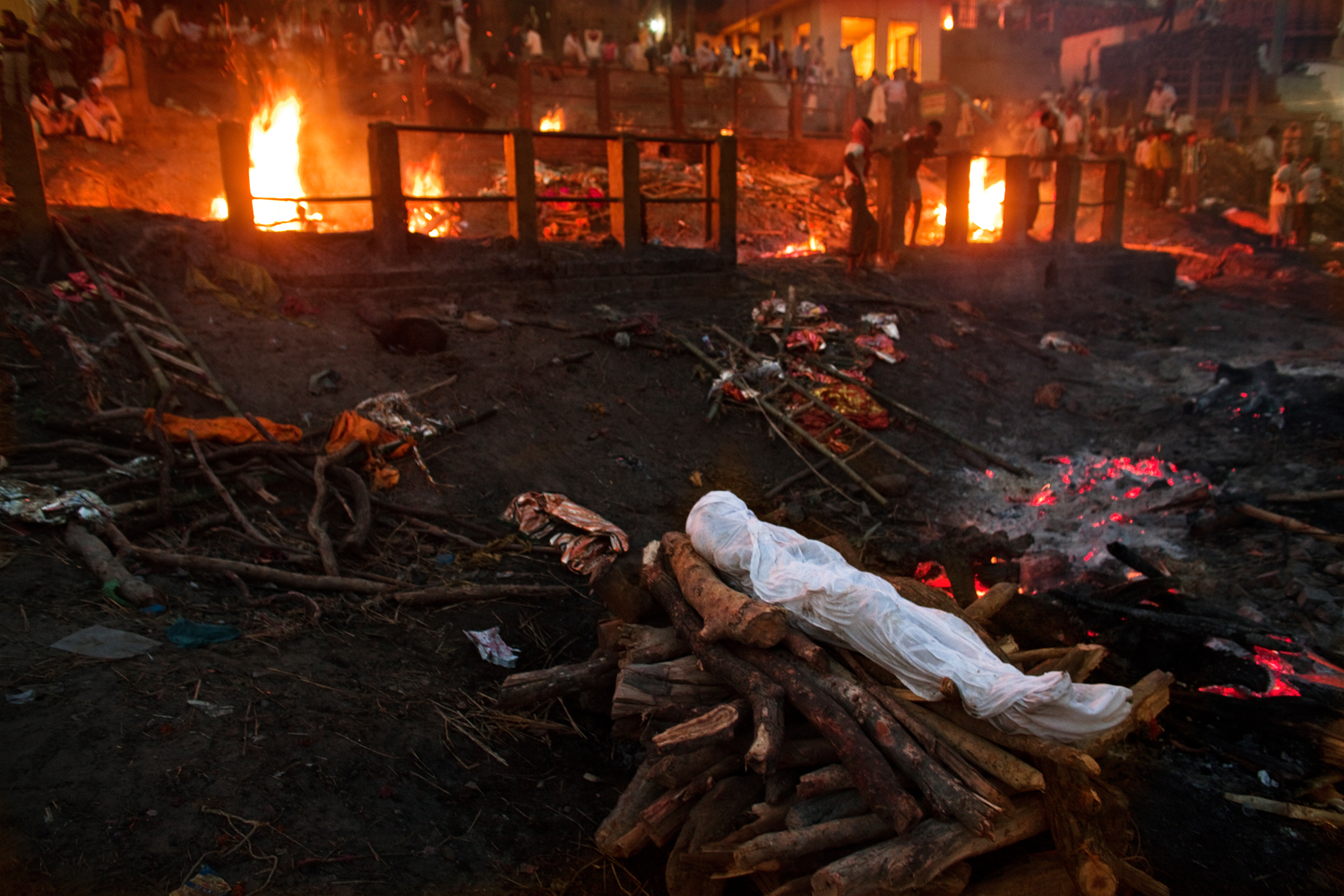 It’s often said that death is the last taboo left in many countries in the western world, including Northern Europe. What’s your view on that?
“Of course, I have also photographed funeral rituals in Denmark and it has actually proved to be one of the most difficult countries to get access to. In most of the countries I have visited, you have a closer family structure than in Denmark. Very often, more generations live together. This means, among other things, a predominance of family intimacy in difficult situations. In our culture, most of us won’t admit that one day we are all going to die.

That’s the direction where we are all heading. In our culture, death is perceived as the big end of everything and therefore we are not particularly keen to deal with this subject. We are definitely not good at relating to our own mortality. In other cultures, which I’ve experienced, you often see death perceived as a transition from one stage to another – from one life to another.” 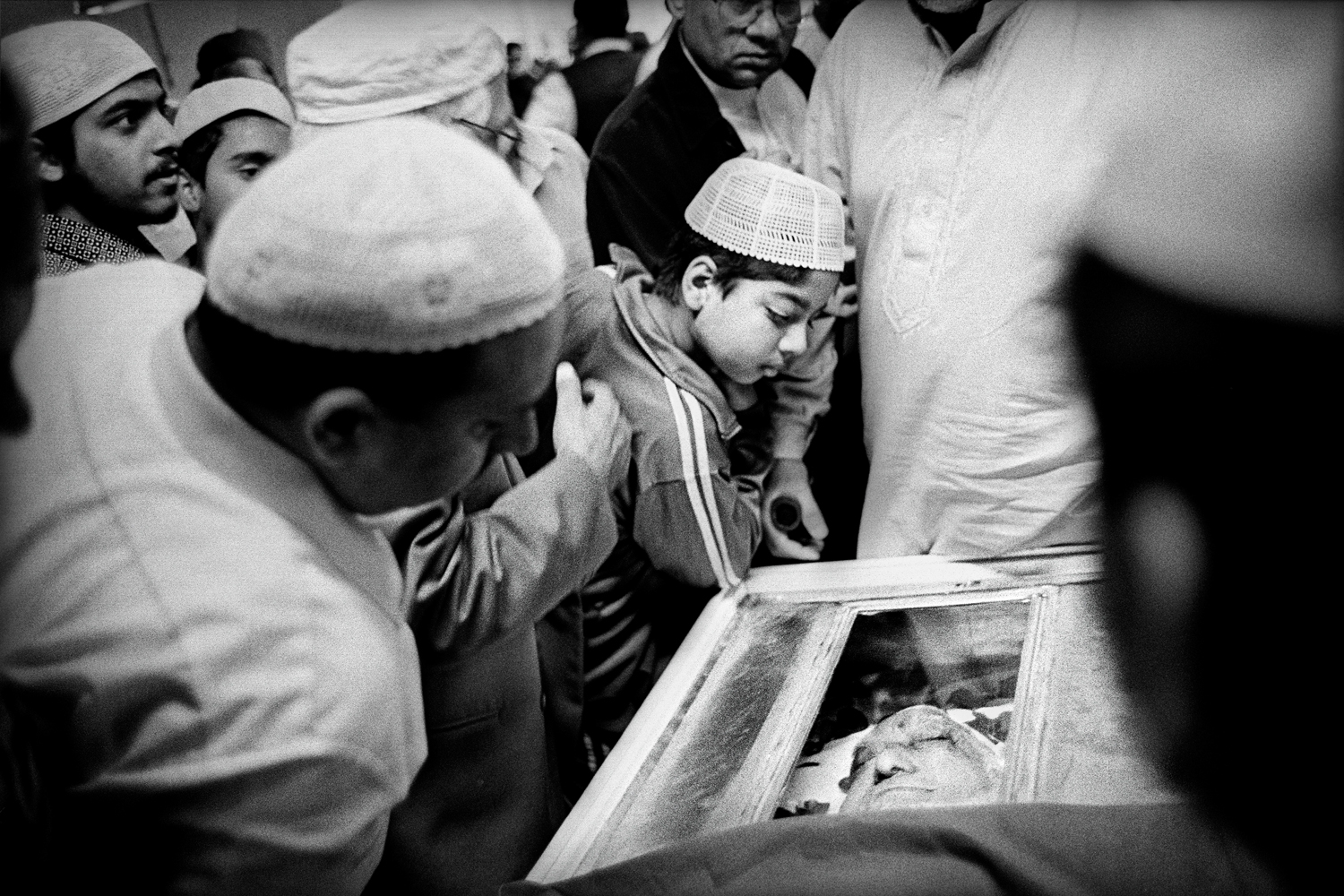 Some keywords I’ve heard you use in other interviews is “the importance of relating to grief”. Is this actually what the death ritual is especially about?
“Around the world I have not yet seen any culture where there were no children at the funerals and where they did not see the dead person. It gives an understanding of the fact the person that has died is no longer here. And I do think that the rituals help to alleviate the grief to some extent.” 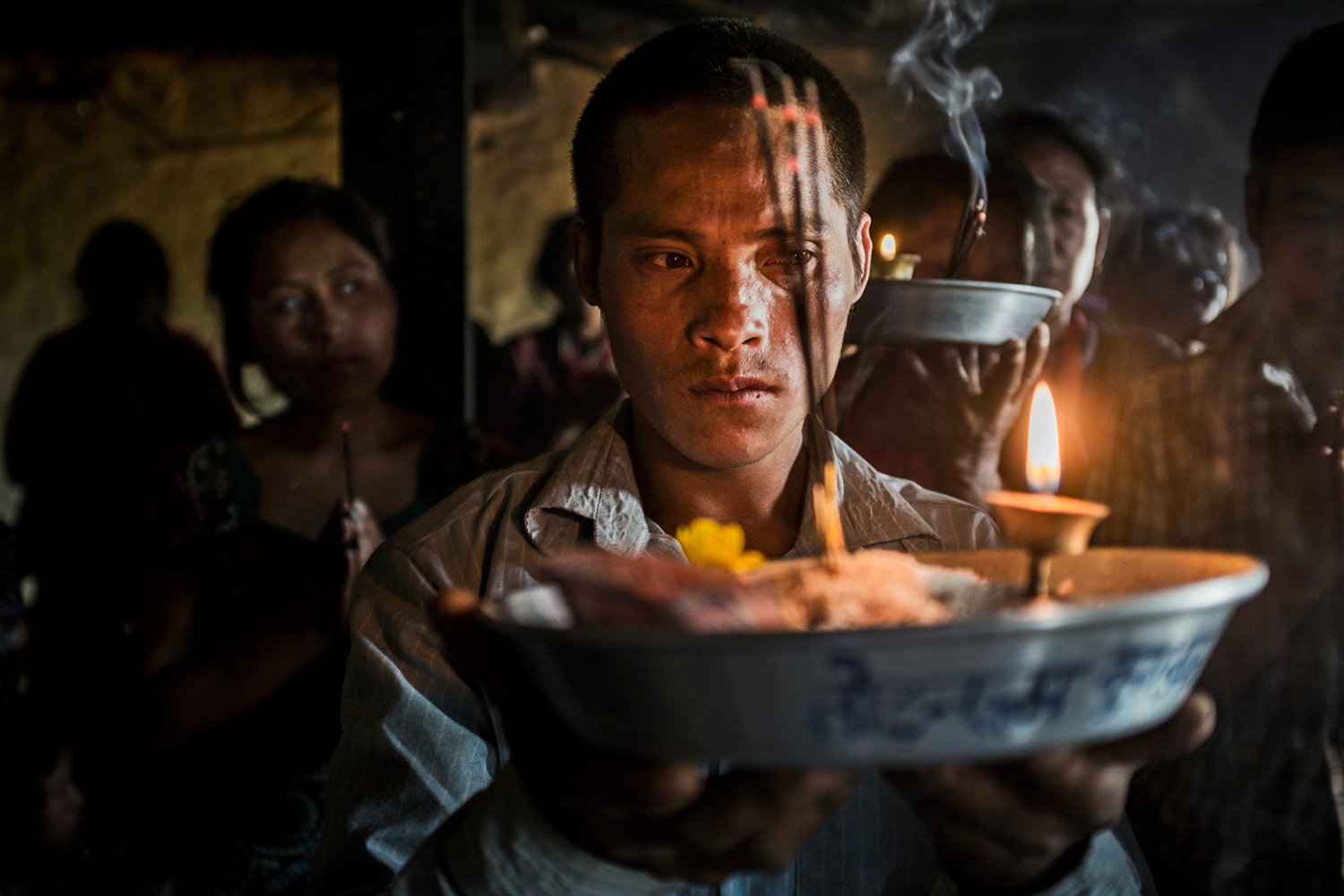 Do you have an overall goal with the Dead and Alive-project?
“The first part of the project should, I hope, become a book, possibly in 2019. As a sub-goal, I have different exhibitions. Among other things, the National Museum of Denmark has shown interest in the project. I’m also lecturing on the project and in the end I hope that it will also be possible to make a documentary about the funeral rituals from all parts of the world.” 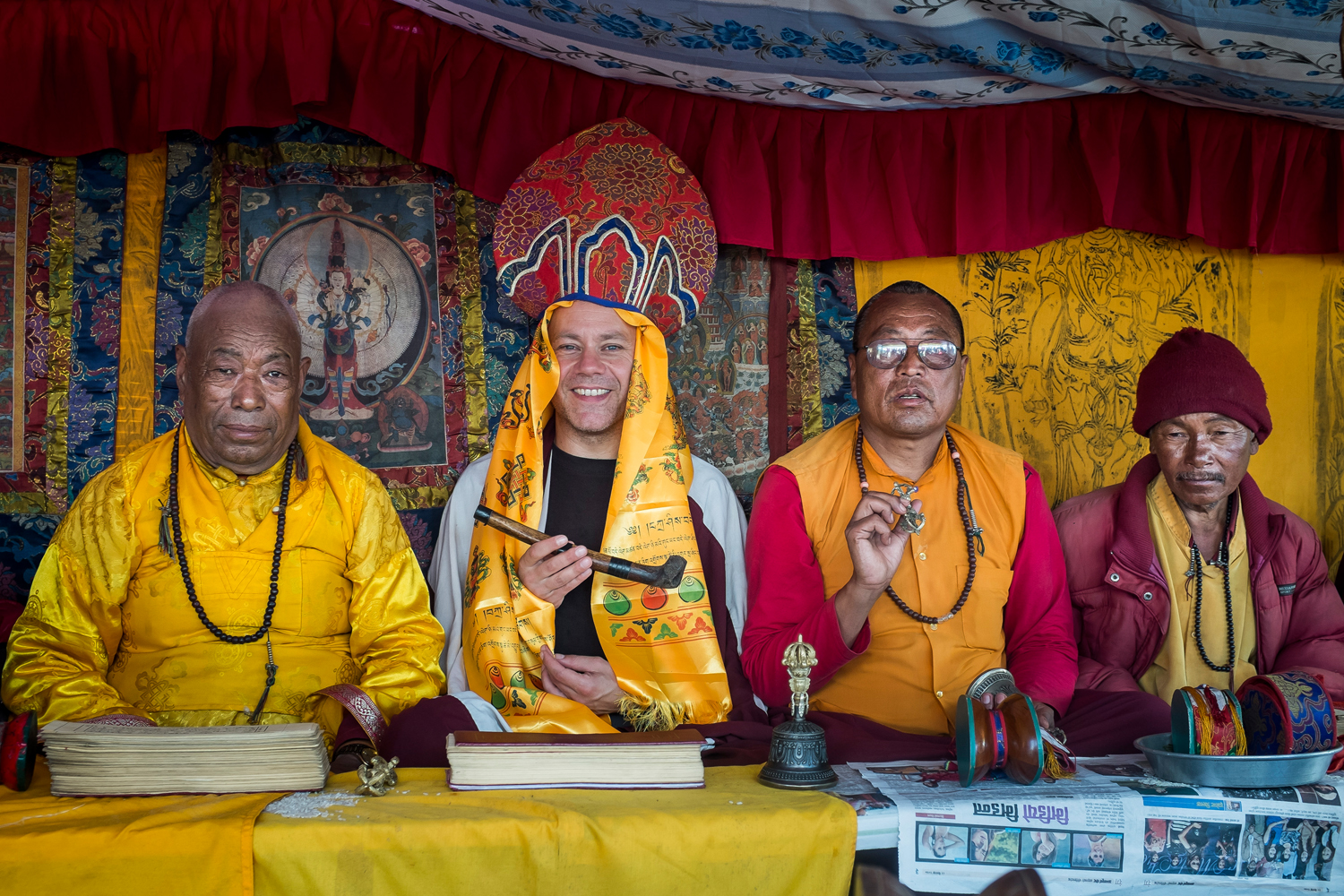 What special photographic challenges have you faced in this project?
“From the very beginning, I’ve been aware that I should work with small cameras because they are more discreet and less intimidating. It’s important that I can get around and move freely while I have all my equipment on my back. I’m shooting exclusively with Fuji; I started with X100s and X-T1. Today I use X-H1 and X-T2. I often work in low light situations and so the X-H1 image stabilizer is obviously important. In addition, I  always keep 10 charged batteries with me, so that I can work for at least three days without having to recharge.” 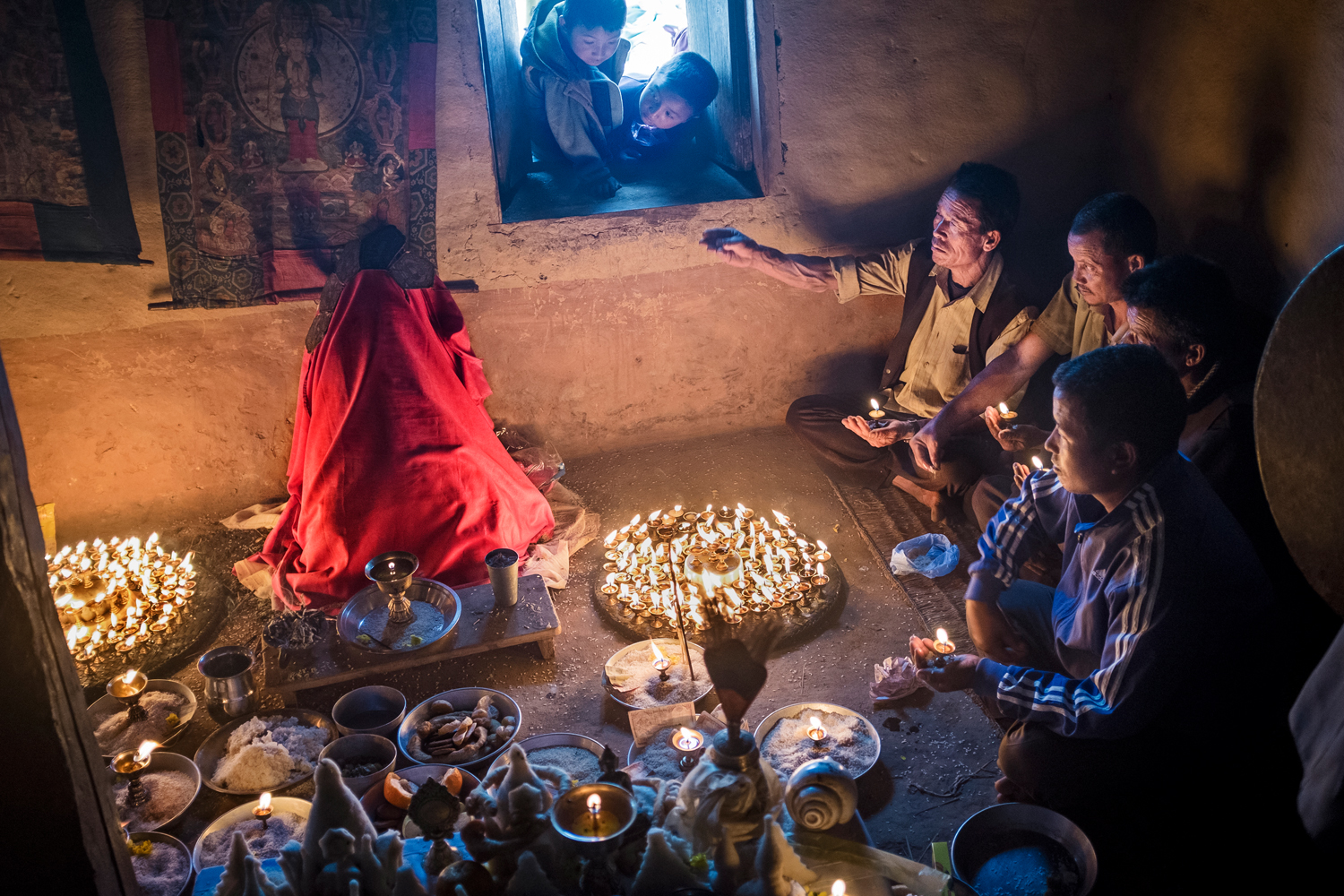 Have you, personally, changed your attitude towards death since working on the Dead and Alive-project?
“Yes, definitely. I no longer have the same anxiety about death that  I had as a child. Back then, I was often afraid to sleep as I thought that sleeping meant being close to death. Today I love to sleep! And from believing the same thing that many Danes think – that death is a definite end to our life – I have to confess that today I have quite some doubt. I often wonder if there is a life after death. Who knows? Perhaps.” 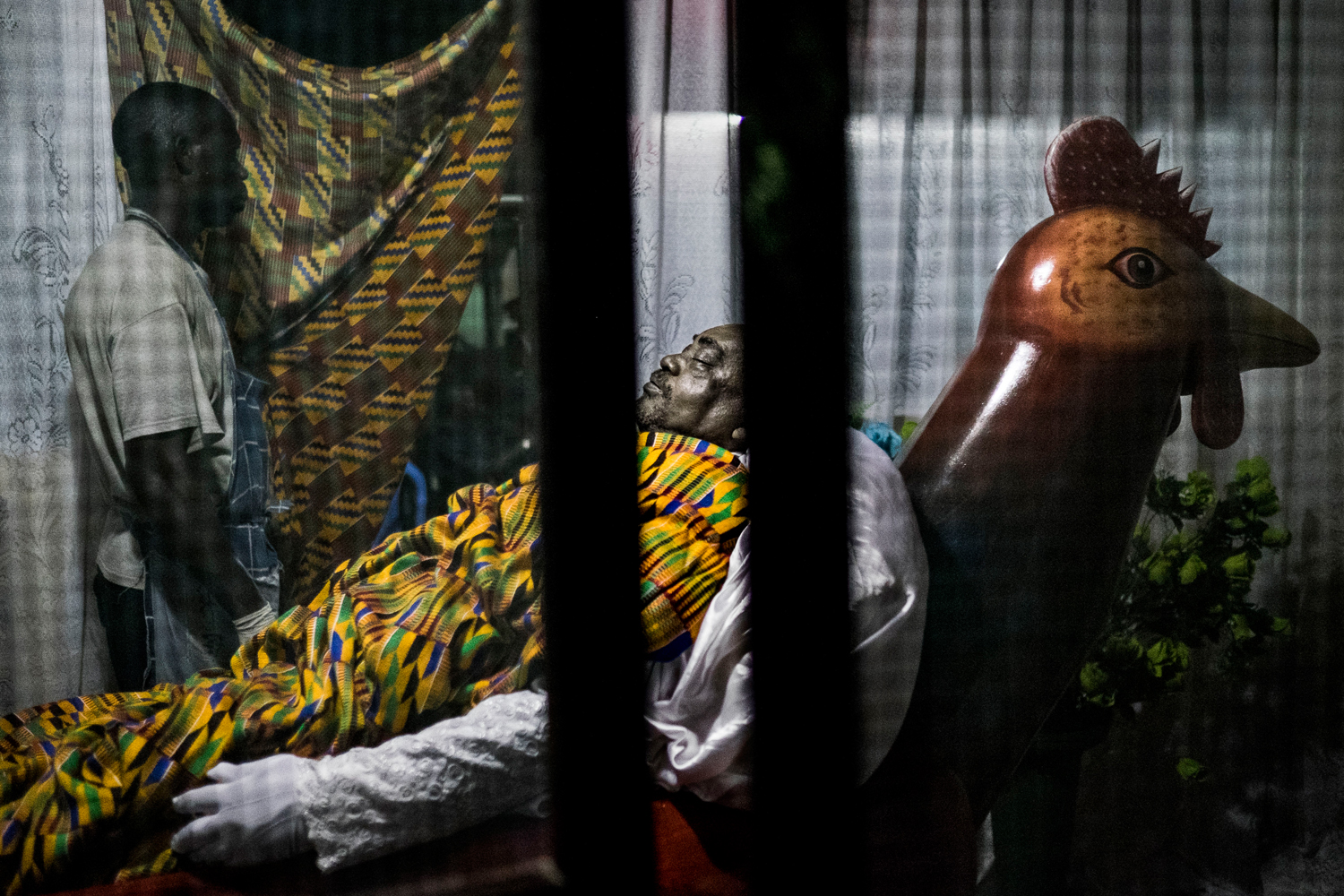 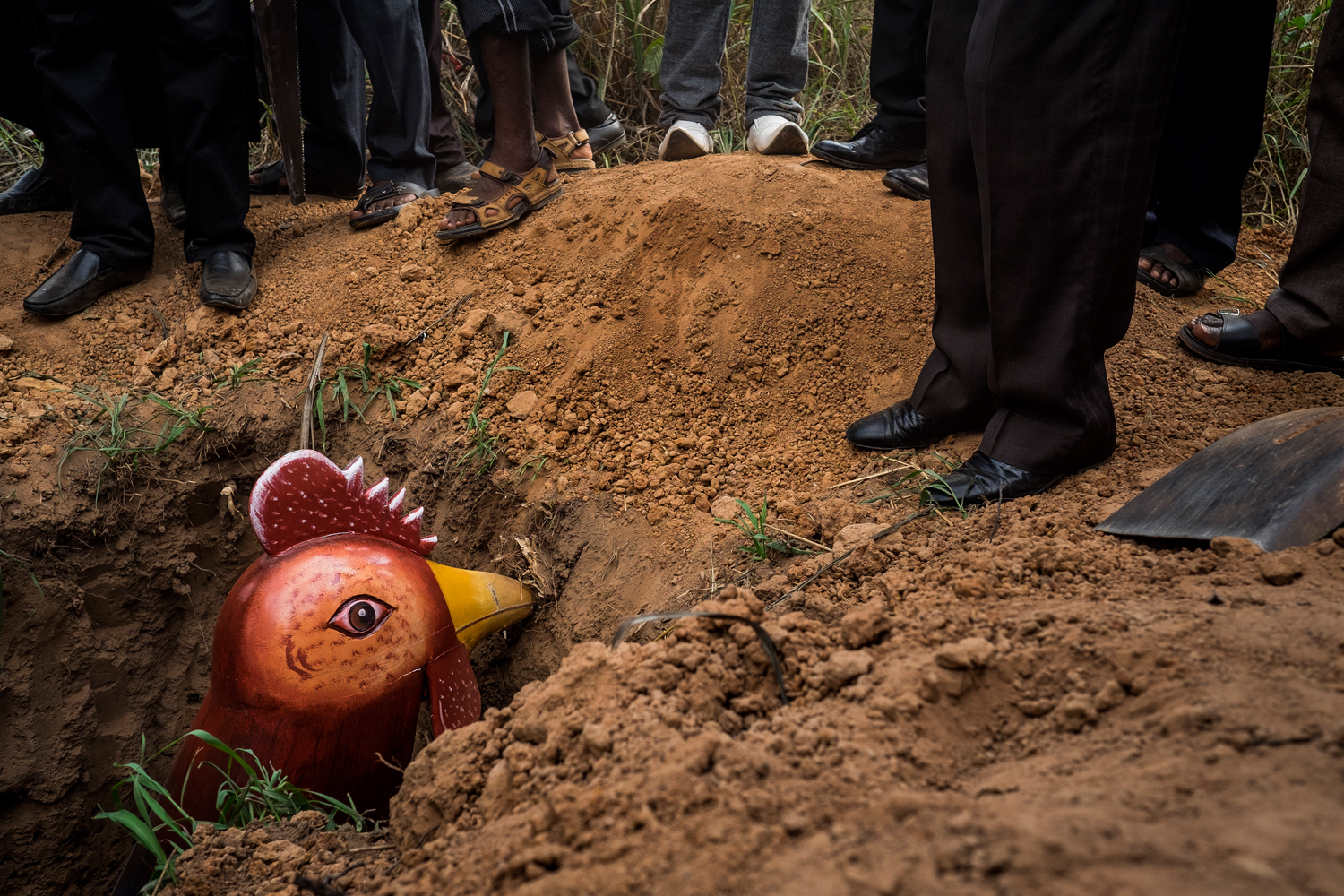 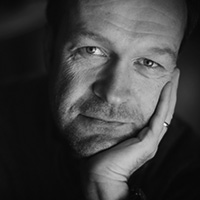 Klaus Bo is a self-taught professional Danish freelance photographer based in Copenhagen. He has a background as music educator from the Royal Danish Academy of Music, but during the course of his studies he took great interest in photograph. After completing the conservatory education, he threw himself 100% over the photograph and has been working full time with it ever since. Klaus Bo has worked as an independent photographer for various magazines, newspapers and organizations for the past 20 years. From the beginning of his career, he has focused in particular on social, anthropological and cultural stories, including Iraqi refugees in Syria, masked women in southern Iran, the Holi festival in India, the consequences of the Haiti earthquake, the refugee flow out of Libya and much more. He has received numerous Danish and international awards for his work and has worked with, among others, MSF (Haiti), CARE (Haiti, Niger, Nepal) and the Danish Refugee Council (Iraq, Kenya, Ethiopia and Djibouti).
For the past years he has been working to the Dead and Alive-project, where Klaus is working on exploring and putting into perspective ​​our relationship with death.

Skateboarding, Photography and Life Marriages are made in Heaven