Timelapse+, a leader in developing hardware and software tools for time-lapse professionals is now excited to announce support for Fuji X series cameras and the Timelapse+ VIEW intervalometer. The Timelapse+ VIEW is a breakthrough intervalometer for cinematographers and photographers that allows for automatic bulb ramping, live time-lapse preview, touch-free gesture controls, and full-control of settings through a mobile app for iOS and Android.

What is the Timelapse holy grail?
The Holy Grail of timelapse has been the pursuit of creating near perfect transition from day to night without much post editing. The VIEW has made it possible to conquer this challenge. The VIEW can automatically ramp the exposure by analyzing the exposure value of each image and delivers perfect results for sunset, sunrise or milky-way captures. Automatic day-to-night and night-to-day or even 24 hours with no setup needed — just press start!

The results are significantly better and smoother than the camera’s aperture priority mode since by analyzing each image it can achieve proper exposure for the Milky Way even when ramping from noon sun, while at the same time ignoring sudden changes such as from headlights.

The Fuji X-T1 X-T2, X-T3, X-Pro2, X-H1 and GFX-50s are all supported for fully automatic Holy Grail time-lapse with the VIEW Intervalometer. 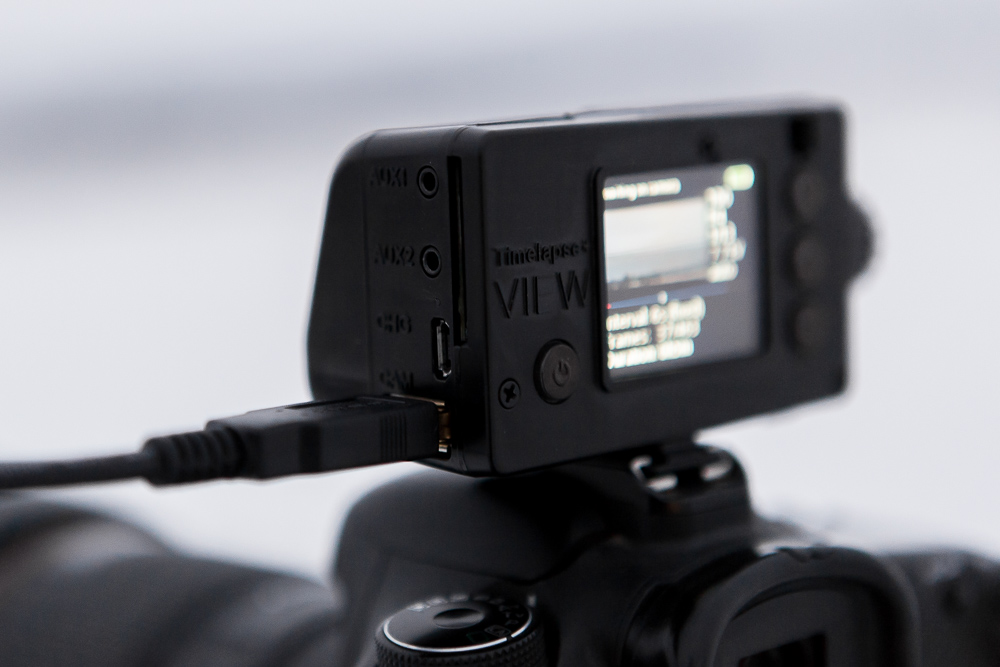 What is Focus Ramping?
Focus ramping involves smoothly moving between preset focus points during a time-lapse.  This allows for creative and dramatic effects in addition to exposure ramping/Holy Grail time-lapse.  Focus ramping is now supported with the X-T2, X-T3, X-Pro2 and X-H1 when combined with AF-capable lenses.

Challenges of Focus Ramping
The way focus is controlled via USB with Fuji differs a bit from Canon and Nikon.  With both Canon or Nikon, there’s no way to query the current position of the focus, and there’s no feedback if it hits a limit.  There are simply relative move commands that tell the camera to move the focus farther or nearer, and nothing else.  Working with this, the VIEW internally tracks focus position and sends the camera relative commands, which works well as long as you don’t end up hitting the limits during setup (since if you do, the VIEW will have no way of knowing the focus didn’t move, so the internally tracked position will be incorrect, and you’ll need to start again with the setup).

Fuji is different — in fact, it doesn’t even have relative move commands.  Instead, the current position can be queried and the focus move command sends an absolute position to focus to. This sounds wonderful, but it also has its own set of quirks.  For one, when an absolute position is sent, it may not reach it exactly — it will often overshoot, especially if moving a very small amount or very large amount. 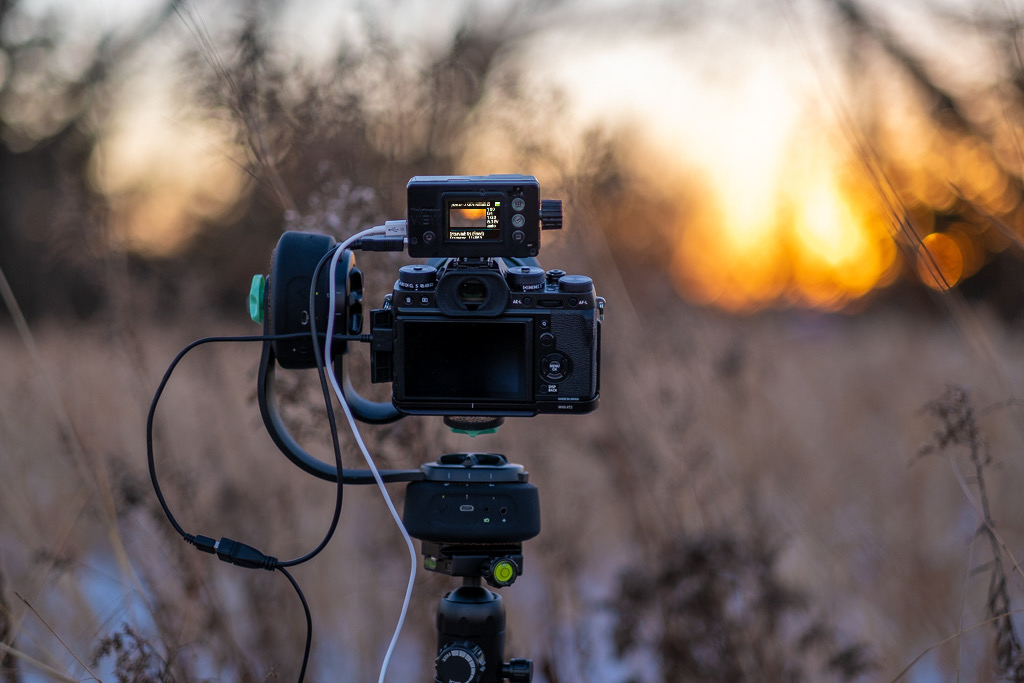 The VIEW Solution
To work around this, the VIEW queries the position right after sending the move command and if it’s not on target, it sends the same absolute position command again until it hits it, or moves to a nearby point and back again if needed.

Since the VIEW internally expects the focus to be moved by relative amounts, for Fuji it queries the current position and then adds the relative movement to that to determine the absolute target.  This ended up revealing another oddity: sometimes after taking a picture, the camera’s focus position is very slightly different.  It’s not clear why, but about one out of three times, the queried focus position before and after a capture would vary by up to 5 steps.  This was an issue since the relative move would compound the incorrect position reading post-capture.  We worked around this by caching the last absolute point from before the capture to base the next relative move on. The result: auto-ramping is now possible. It works very well now and holds the position very accurately, and is actually now the most precise and repeatable focus ramping option of all camera makes!

Here is a YouTube video for what the VIEW can do:

Timelapse+ VIEW pricing, updates, and availability:
Retail Price: $399. Pricing may vary by country for non-USD purchases and additional fees may apply, including tax and shipping costs. In stock and ready to ship. 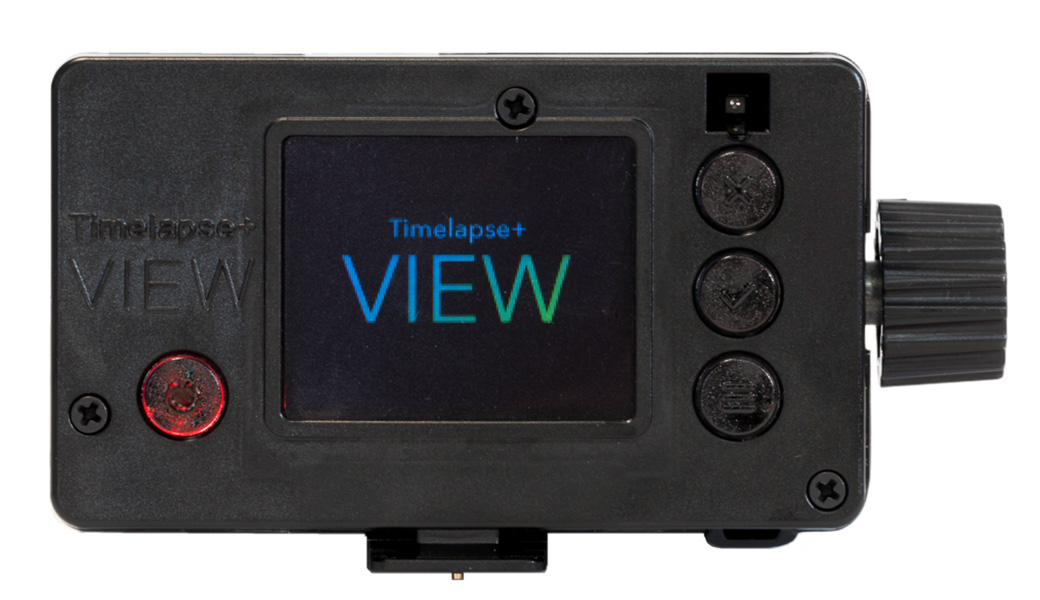 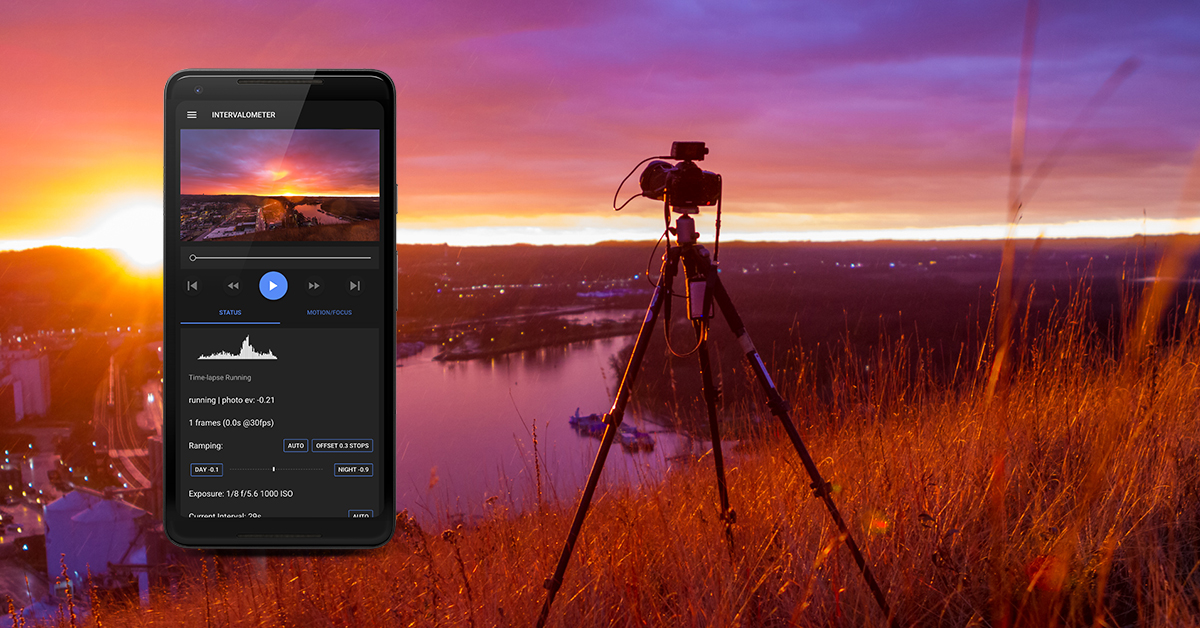 Posted on December 22, 2020December 22, 2020by Miles Witt Boyer
The camera world has been completely turned upside down in the last few years and though about 90% of the content we create is written to prospective brides or clients, every once…
END_OF_DOCUMENT_TOKEN_TO_BE_REPLACED
Categories GEAR

Posted on November 25, 2020November 25, 2020by Alwin Kok
Yes, this is probably my shortest hands-on experience with the lens. First, as of this moment, Fujifilm is still struggling to supply this wonderful XF50mm F1 lens to the hands of…
END_OF_DOCUMENT_TOKEN_TO_BE_REPLACED
Categories GEAR

Posted on December 30, 2020December 29, 2020by Alwin Kok
Disclaimer: This is not a sponsored post by the lens manufacturer. I paid for this lens from my own pocket. This is purely my own opinion about this piece of wonderful glass, and …
END_OF_DOCUMENT_TOKEN_TO_BE_REPLACED
Categories GEAR

Posted on November 28, 2020November 27, 2020by Paul Marshall
So the battle of the sub f/2.0 portrait lenses for the Fujifilm X series is heating up with some of the best lenses I have used to capture anything from my son to a CEO of a huge …
END_OF_DOCUMENT_TOKEN_TO_BE_REPLACED