Background
For many years I have always been interested in photographing the ocean in a different way deviating from the billions of ocean and coastline images made every day. It’s a real challenge. I’ve picked up a lot of techniques for others and from reading. For example, I learned that photographing the receding waves gives a more interesting and different aspect than waves photographing the waves on the way in, coming towards the shoreline. Like snowflakes, each wave is different and unpredictable. Oceanographic photography in and of itself is certainly a challenge to say the least.

Before venturing out to the ocean, I make a list of what I require in both the equipment and clothing requirements.

The event
About 2 weeks ago I had a small group out on Rialto Beach on the Olympic Peninsula. It was a beautiful night with the potential of a great sunset. It wasn’t cold nor windy, but rather a pleasant evening. I was prepared. I had my ocean-going shoes on and my waterproof pants along with the proper jacket. I always take the minimum amount of gear I deem necessary. This evening I noticed the waves were really cresting nicely. The tide was high and beginning to recede, however there were numerous above average size waves in a quick repeating way this evening.

My lens choice was my Fujinon 100-400mm F/3.5-5.6 R LM OIS WR. I set my Fujifilm X-T3 to “Boost” mode making numerous bursts of images as the waves did their thing. A setting of ISO 2000, F8 for the most part gave me the shutter speeds I wanted, which was somewhere about 1/250-1/500 sec. as there was ample light. I thought I could get out into the water far enough to capture some of the wave curl as well as the drama of the wave after the crest.

All went well. I shot quite a few sequences but was not really pleased with what I had. When the waves do hit you, you need to be careful and not be too far out in the surf. Also wave after wave can tire you out quickly and a few minutes some rest is a probably a good thing. This evening the waves are not peculiarly high or hard.  Wave after wave, I stood my ground and raised my tripod head so the gear would stay dry. It was really a very ordinary evening photographing the wave movements.

I walked back on shore a few times to grab a minute of rest and finally said to one of my group, “I’ll give it a go just once more” and walked back out into the surf I went, this time just a bit further. Bad Idea. 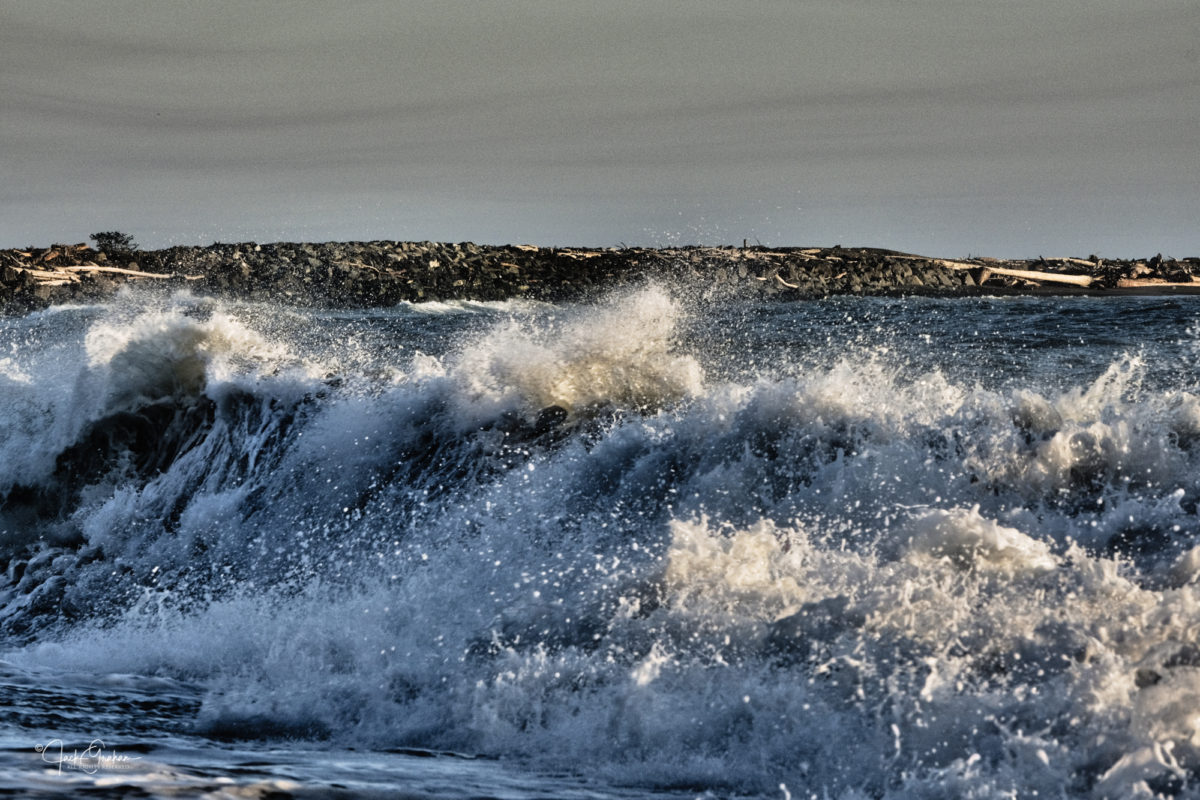 The following images were the last ones on my memory card that survived (Thanks FUJIFILM for sealing the memory card compartment and slots…  see below).

Crash
Just before my final sequence of waves were to be shot, I heard what I thought was a freight train coming at me. I turned my head and looked straight ahead. Oh no, that infamous “Sneaker wave: was looking my right in the face. It was about 8‘ and it kept building in front of me. I estimate it was about 4 feet higher than my head just before it hit me. (I am just about 6’ tall).  It was the perfect storm. The wave broke right on top of me. You can’t run. You just must brace yourself and hope for the best. 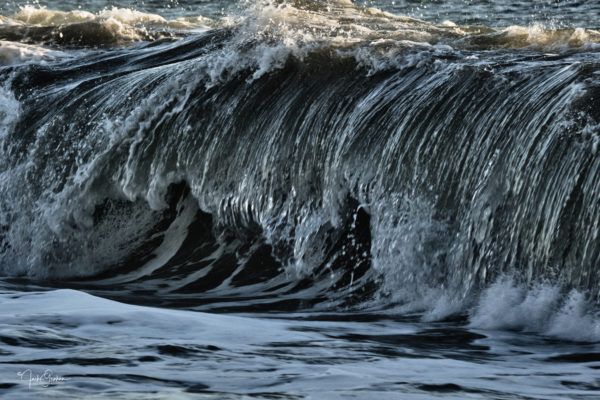 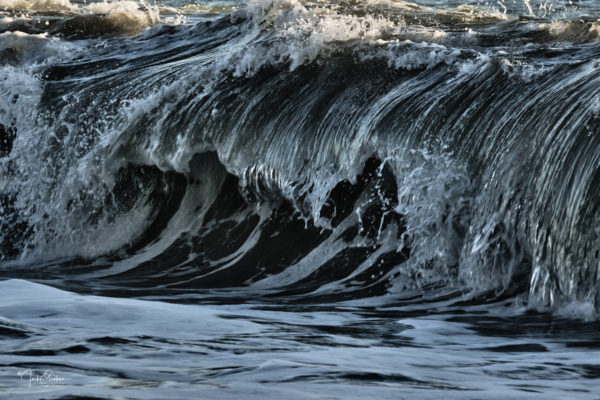 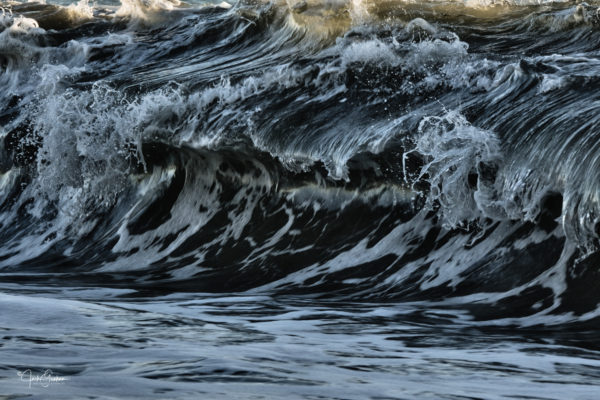 One of two things can happen. You can time it and jump up and hope for the best, not a great idea. As you usually fall backwards out of control. Two, you can stand your ground and hope for the best, probably the best choice and prepare for the worst. You only have about 2 seconds to make these decisions. I chose door number two.

For those of you know me, I am not lightweight. As an old work colleague told me “I can see you are eating very well these days”. So, I braced myself and kind of leaned into the wave hoping for the best. I didn’t get the worst as I am still here to write about this event.  However, I did take a good hit.

I estimate I was submerged for 10-15 seconds; it might have been more. The water was about 57 degrees but believe me the cold wasn’t my concern now. I felt the undertow pulling me out towards the sea, so I dug my feet into the sand. As I kind of rolled to the right, I felt something pull in the back of my right leg. As the waves reseeded, I tried to stand. I was difficult to impossible. I managed, using my tripod to get up and hobble up to the beach and slowly, basically on one leg to my truck which was fortunately parked close by. 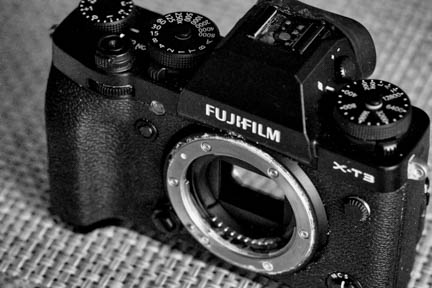 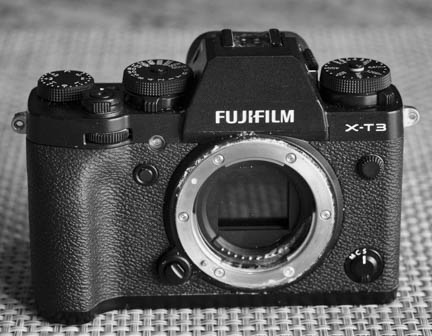 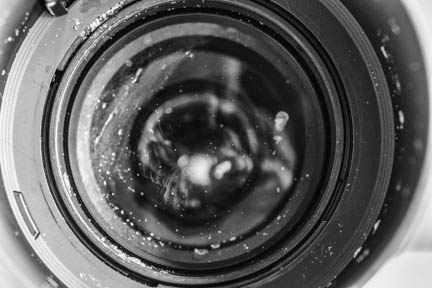 There was water inside both the camera and lens. Sand got into the focus rings and many of the dials and buttons rendering them frozen. The gear took it bad.

Good news: (and quite amazing news.) THANK YOU, FUJIFILM, for insulating the SD Card casing built into the FUJIFILM X-T3. There was not even a drop of water inside. 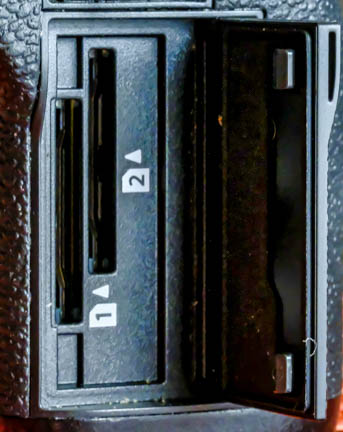 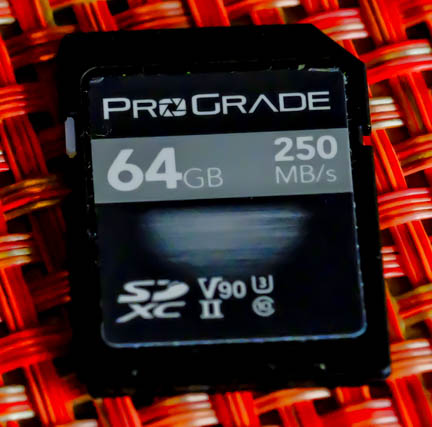 Both memory cards, Pro Grade Digital were dry. I lost no images, allowing me to show you some images from this event here. I was astounded! 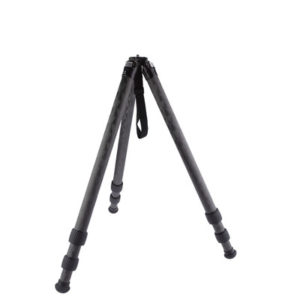 My Really Right Stuff Tripod and Ball head survived another underwater event. The tripod is 10+years old and has survived Iceland, Norway & Greenland and many underwater sessions here in the Pacific Northwest. I challenge others to build a tripod that lasts for over 10 years through lots of really bad conditions.

Epilogue
I watch a lot of baseball and always hear of players pulling their “hammy” or hamstring. I was sure that is what I did. I got back to my hotel room and know I was done for this evening.  This could have been worse. I am here to write about it.

Folks, I have watched folks get knocked over by waves and frankly should have known better. I always warn folks about these sneaker waves. There is ALWAYS the potential for these waves to unexpectedly appear. If you don’t believe me watch this video of one on the Oregon Coast shot by a cameraman from the Oregonian (newspaper). Chick HERE.

It’s only after you think back a few days you realize how lucky you are. I sure was. Looks like the BIG MAN gave me another break.

Jack Graham is a professional photographer with over twenty-four years of experience. He resides near Seattle, Washington, in the heart of the beautiful Pacific Northwest.
Jack leads both small groups and one-on-one photography workshops domestically and internationally. He has been published in leading photography publications, has several e-books and has been successful with stock photography. Jack also conducts workshops for the Pacific Northwest Art School on Whidbey Island in Puget Sound, Washington.
Jack exclusively uses Fuji “X” series cameras and Fujinon lenses and has been named an “X” Photographer by the Fuji Corporation. His images have been used extensively by Fuji for commercial and promotional purposes. Along with Bill Fortney, Jack conducts workshops dedicated to Fuji “X” camera users. These events can be found on the FUJI “X” PHOTOGRAPHER PHOTO WORKSHOPS website.

jackgrahamphoto.com/
Travel Blogging with Fujifilm She Said / He Said