She Said / He Said

Dear Florin,
You told me you once thought that if you were to point your camera lens at a human being, you would somehow cause their disappearance. I will be forever amused by this idea because, I, being one of the subjects you often direct your lens to, have at times only felt life through your lens.

Although I never wish you any physical pain, I praise the ailment that led you back to photography. In a way, our ailments led us to this partnership that we have created over the past three years, and, although I sometimes curse my body for its failures, I have faith that it was all for a reason. 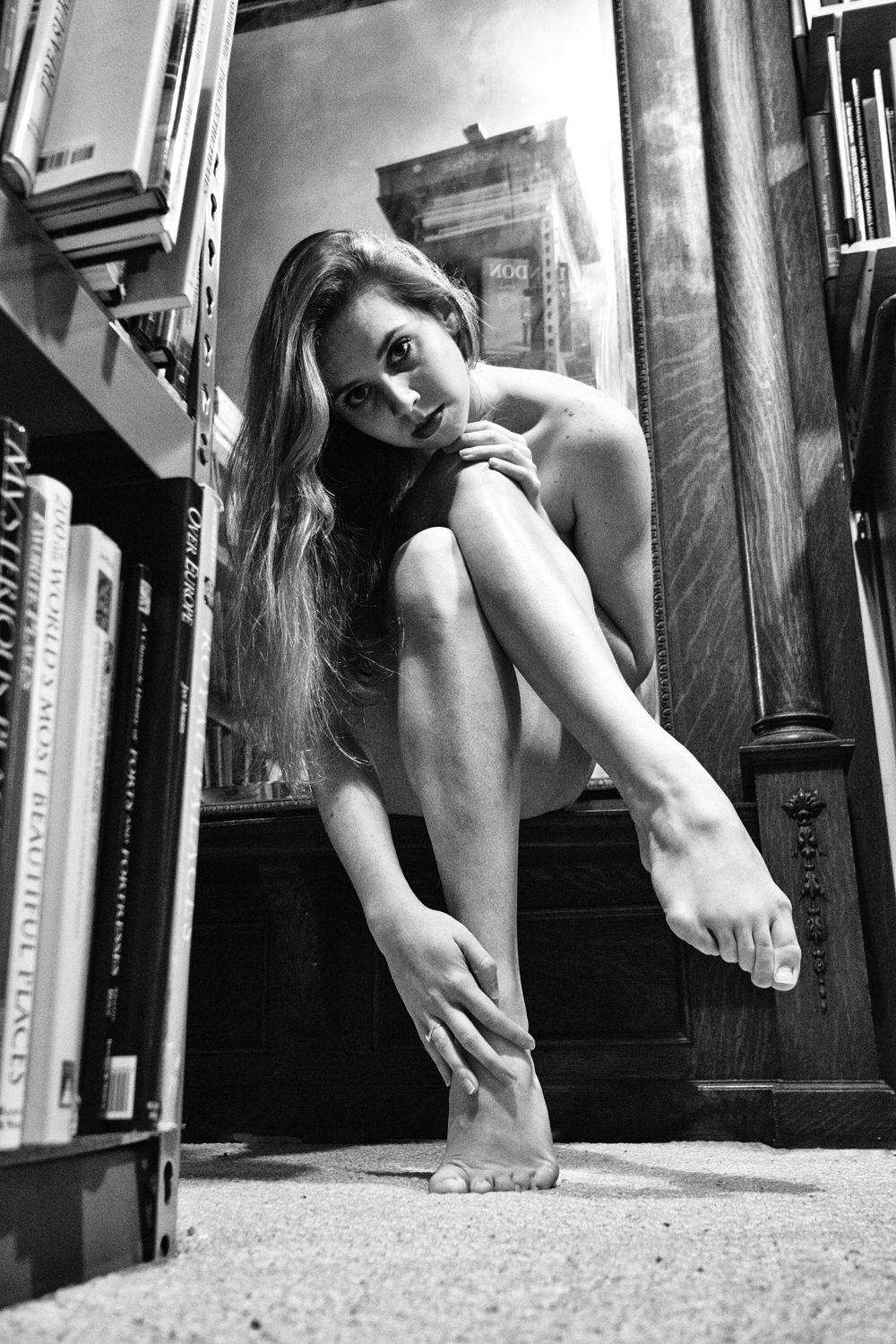 You recently asked me why I model. And at the time I couldn’t give you an answer – mainly because I didn’t know myself, and also because I hadn’t needed to explain it before. I have never viewed “modeling” as something I needed to do to prove anything to myself or anyone else.

I’ve never viewed it as therapy to aid my self-image or a way to deal with my inner demons. Quite honestly, before I met you, I never saw myself as being “model material” at all. I still don’t really. But to quote you, “It is just smoke and mirrors”.

What I have found, through working in the performing arts world and through our partnership, is that the art of photography is very similar to the dance world, particularly the ballet world. Being a part of the arts industry is no easy feat. Everyone everywhere is trying to be seen, heard, read, “found”. Attracting an audience and getting them into your seats or to walk around your gallery or to open more than just the front inside cover of your book is the biggest challenge of all.

And I have also learned that once you get them there, your message needs to be clear, concise and forward. Art is not just to entertain, but to imprint an idea, to give a message, to change one’s perspective. It either creates an outlet from reality or makes reality more bearable. I have so greatly enjoyed making art together because I believe we share similar ideas about what it is we want the world to understand. You have opened my eyes to the many avenues in which to give my message – one of them being through photography.

I believe we both want to conserve this precious gift called life and embrace the many wonders it holds. It is such a shame when audience members poke and prod at the surface aspects of our messages. It almost makes me want to stop trying to preserve it so much. But the thoughts and feelings that went into creating the images were real and that is where the magic happens.

“Real” is probably the best word I can think of to fully describe you. Not only are you real, but your thoughts, your ideas, your intentions, your work – it is the real thing. It is alive. It is thought provoking and inspiring. It is something to treasure even if others are too blind to see it.

Florin, being your “model” your “muse” your creative focus for the past three years, has been an unexpected gift. In the trying times that I have experienced here on the East Coast with feelings of being uninspired, restless and sometimes worthless, I found that looking back through your lens that spark was reignited and continuing to work with you has only added oil to that flame.

You and your lens have taught me so much – firstly, how to think, and secondly, how to possess the power of provoking thought. Your photography captures feelings. Not objects. You say you just press the shutter release button, but you do so much more. Without even knowing it, you create atmospheres that, before I met you, I thought only existed in movies or books.

You articulate feelings and ideas in ways that make them come to life. You’ve been my inspiration for the past three years and have taught me so much about the world I live in and about myself. You have not only become someone I admire, but a friend. A confidant. A lover of life and adventure. A child at heart who is so curious about the world and everything in it.

It is so strange to think of our first shoot in the small Canton bookstore. Who knew of the great impact you would have on my life. Who knew that we would become so close and travel the world together. Create such magic. Learn so much. My life has been forever changed through knowing you and that is something I would never change. 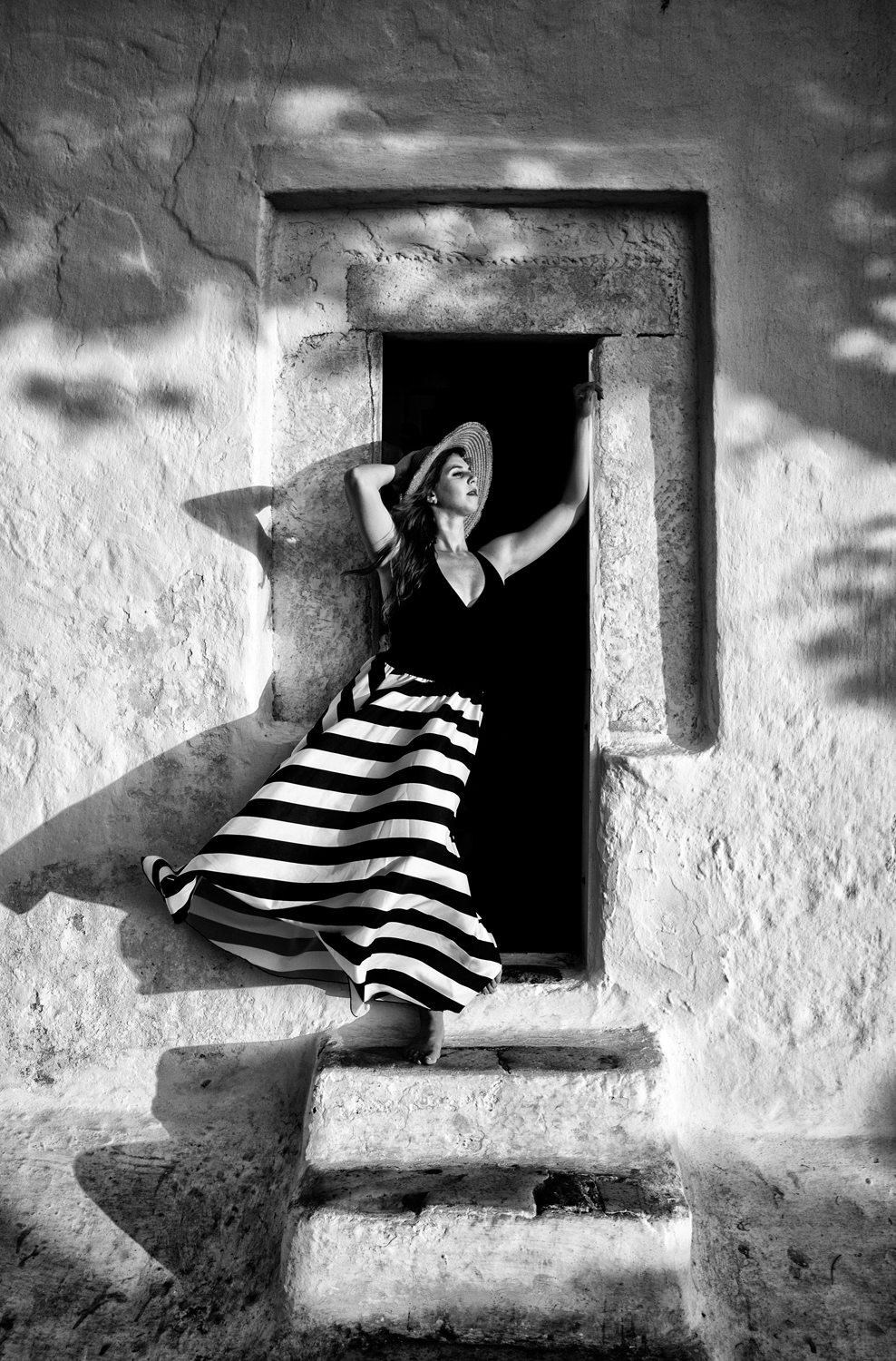 Dear Megan,
Until a few years ago, I only made photographs inspired by abstract or inanimate objects. I used to think that photography as only a type of embalming.  For a while, I was afraid that if I pointed my lens at a human being I would cause his/her disappearance. This had something to do with the map of my life, of course. (Freud would have relished having me on his couch.) Somehow, I have escaped that particular trap, or I would like to believe that I have.

I spent many hours within the confining walls of a painting studio. Then things changed. An unexpected ailment (I had trouble standing for extended periods of time) led to an increased sense of isolation and a bout of depression. I decided to return to the world, to return to photography.

We met in a bookstore in Connecticut in 2016. A friendship developed and we have been making photographs ever since. I am saying “making photographs” because I am from the school of thought that doesn’t “take” photographs. People take millions of photographs each year. I am just trying to make a few honest ones.

You have been my co-conspirator in sorting out and enhancing my vast collection of ideas, situations, places and memories. The multilayered map of our relationship is hard to explain to the external world. Actually, the only reason I started writing about it was not in order to clarify or pinpoint anything, but to acknowledge the magic of it.

I dislike the word “model” or “muse.” What makes us work besides the trust, the openness about ideas, the shared belief in art as a form of putting order into chaos is the fact that you are an artist as well. Through our shared puzzle of airplanes, cities, cars, props and friends, I suspect we are both bound by search for what Ricardo Piglia once called “giving form to experience.” You do it through dance and writing, I do it through images.

Artists are a strange breed; our restlessness, our pursuit of something rarely attainable is what fuels us. We propose a model for the world in which the world is witnessed and also transformed. I am not sure what you see in this restless creative mind that refuses to go to sleep. Through you, I propose a better alternative, thinking that the world would accept it.

Often, things don’t go according to the plan, but we keep displaying our offerings on our ephemeral plates. We are givers but also takers. Our beggar’s hat is out for coins of attention, and even when we get paid, it’s all free because what we give and what we receive have no monetary value.

In making art together, both of us have experienced moments of joy, vulnerability, doubt and happiness. How very human! Am I trying to mold you into something based on my experiences and desires fueled by years of absorbing the world through looking at paintings in art museums, listening to conversations in restaurants, traveling, falling in and out of love and channeling artists whom I admire? Am I creating an alternative solution for a reality polluted by greed, violence and politics? I don’t know where images come from or what their meanings are.

The mechanics of creativity and life are too complex to dissect here. It is more important to pay attention to your internal voices and see where they lead you. As a good friend of mine says: “Sometimes it’s better to let the train go through your heart than through your brain”. All I know is that, for better or worse, if beauty exists independent of us as a species, we are responsible for acknowledging it and mixing it into the fabric of our lives.

I am basically saying how deeply grateful I am for the unplanned intersection of our lives. Things are always fluid. It’s hard to predict when creative journeys begin or end, but that’s the beauty of art and life: while one is on the road, the only map is one’s internal GPS.

It has been a luxury to work with you in many places around the world. In order to exist, art needs room to grow. In order for illusions to be created, reality must be harnessed; a balance of chance and control must coexist. Stars do sometimes line up, and sometimes we like to believe that we influence chance by the choices we make.

What we put back into the world through our art is the positive energy we produce together. Hopefully, we have transformed some of our best private experiences into something universal. Who could argue with the fact that the goal of art is precisely this translation – our gift to the world and ultimately to ourselves.

Here is to more magic!
Florin

Megan, an Ohio native, is a graduate of Indiana University Jacobs School of Music and currently resides in CT where she performs and teaches high-caliber ballet training.

She also is the Ballet Mistress for a renowned ballet company assisting in producing professional performances throughout the season. Megan became interested in modeling shortly after moving to the East coast and quickly became enthralled in Florin’s work and ideas. She has worked with him ever since and has grown as an artist and a person through collaborating with him.

Florin, a native of a Romania, is an American novelist, photographer, mixed media artist and educator. Most recently, his photographic work has been exhibited at the Museum of Modern Art (Grand Palais) in Paris. He is represented by Galerie Gadcollection, one of the most prestigious photography galleries in the City of Lights.

Megan and Florin hope to continue their visual and written dialogue and eventually turn the results into an exhibit and a book.

Born in Romania, now living in the United States, he is a visual artist, educator, filmmaker, and novelist. He took his first photograph at the age of three using a Soviet made Zenith camera. After his parents’ death, he continued to study painting and drawing and kept taking photographs while holding jobs such as welder, grave digger, janitor, window decorator, and security guard. The Art of Leaving, a film about his art, was the official selection of seven international film festivals. Most recently, Florin’s works have been exhibited at the Museum of Modern Art / Grand Palais in Paris. This past July he had the great honor to be invited by the Rodin Museum to create a body of work inspired by the work of Camille Claudel and Auguste Rodin. The museum has acquired ten of his photographs for their permanent collection. His photography is represented by the GADCOLLECTION Gallery in the City of Light.