Before I shared about my encounter with the X-E3, the X-E2 was the first that caught my attention with the X-E lineup. From the official images, it was a very sleek, beautifully designed retro-style rangefinder camera. I thought it was as big as X-Pro series and without an OVF. Until I saw the online reviews, then I started to realize how compact it was. The compactness of the camera made me getting more and more interested in it and eventually I did a few hands-on sessions with the product at the retail outlets. My conclusion every single time: I love the design but it was a “good to have” camera and I have an X10 as my secondary fun camera. Back then, I was still a Canon user and never thought of getting a Fuji camera as a secondary system.

Fast forward to 2019, it was a family trip to Hong Kong in April. We visited a shopping mall where most shops sell pre-owned cameras of all brands. I was roaming around without any intention in mind. Spotted some Fuji cameras on the shelves but I did not ask for the price.

As a pre-owned unit, some scratches around the body were expected but not terrible. However, I was hesitated. At this point in time, I had owned 2 interchangeable X-mount cameras. I keep asking myself, do I need another one? Then my wife stepped into the shop, asked me a few non-technical questions and said: “Maybe you should stop considering, just get it.”

That evening, I was thrilled holding it in my hands. Paired it with XF 35mm F1.4 for some night street shots. Along the way, I experienced some hiccups but quickly got over it, thanks to Fujifilm for the simplified menu!

I love the combination of X-E3 with XF 35mm F1.4. It is probably the best combo that I have, lightweight and easy to carry around. I do not own XF 27mm pancake lens, XF 14mm nor the XM-FL. I mounted the XF23mm F2 and tried a few times on different occasions before. It did not have that magical feel in me when I shot with this combination… Strange, isn’t it?

I usually bring 2 – 3 lenses with me for any holiday trips, be it a small trip or long trip. One fine day, I had this crazy thought. “Why not bring one lens only with the X-E3 for the upcoming short trip to Bangkok?”

Of course, I brought none other than the XF 35mm F1.4 lens with me. Some might asked: “Just a 50mm equivalent lens for the whole trip? Is that okay?”
After the trip, I looked back at those photos and until today, I think I did not make a bad decision for myself.
Throughout the trip, it was challenging but fun and kept me thinking a lot.

Nonetheless, I love the results.

The X-E3 may not be the best among its peers, it has a small EVF, terrible LCD screen, slow focusing system but nevertheless, I still love to bring X-E3 out especially for night walks. Maybe because of its compactness and a little bit more low-profile than X-T3. This is good, especially when you want to shoot anything on the street and you do not wish to get any attention from the people.

Like I mentioned early, X-E3 has a slow focusing system and you definitely experience it at night where lights are extremely dim. But it taught me to be patient, stay focus and you will be rewarded with good results.

In early March 2020, a rumor broke out claiming that Fujifilm has plans to drop the X-E line. This is not the first time Fujifilm has such a plan to axe this line. The first time that I read a similar story where there will not be any more X-E camera after X-E2S. But then, here comes X-E3.

I hope this is an indirect market test by Fujifilm to gauge how many potential buyers are still waiting for X-E3’s successor. In my opinion, X-E is an affordable X-Pro series. It is a powerful hipster camera that definitely still has a market in it. It is also a good starting point for people who love to experience a digital and modest rangefinder camera.

It’s really a shame if this rumor turns out to be true. 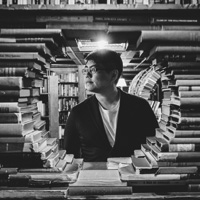 Posted on April 22, 2021April 22, 2021by Alessandra Santangelo
My name is Alessandra. I was born in Sicily, Italy, and moved to Denmark with my family when I was 9 years old. I am currently living in the suburbs of Århus, with my two children…
END_OF_DOCUMENT_TOKEN_TO_BE_REPLACED
Categories INSPIRATION

Posted on April 20, 2021April 20, 2021by Miro Maršík
Miro Maršík, music composer and producer, started using his images as covers for his music. Photography quickly became a passion, and with his X-T4, he captures wonderful landscap…
END_OF_DOCUMENT_TOKEN_TO_BE_REPLACED
Categories INSPIRATION

Posted on April 15, 2021April 15, 2021by Alwin Kok
First of all, I would like to thank Mr. Keitaro So, Divisional Head of Fujifilm for providing the loan for X-S10 and XF18mm F1.4. The units were loaned from Fujifilm Asia Pacific …
END_OF_DOCUMENT_TOKEN_TO_BE_REPLACED
Categories INSPIRATION

Posted on April 9, 2021April 9, 2021by Leroy Souhuwat
It is the year 2018, I moved to Iceland, the land of fire and ice. Everyone might know it holds astonishing beauty in its nature. That also triggered me in buying my first camera …
END_OF_DOCUMENT_TOKEN_TO_BE_REPLACED