A considerable amount of cameras come and go in my life, and it is seldom that I experience a product that comes to me so innovative that it incites controversy, and the Fujifilm X-Pro3 is such a camera. Do allow me to share more as we go along.

Like all innovations when first introduced, the Fujifilm X-Pro3 will divide opinions.
Breaking the tradition of the X-Pro model arriving first with the newest sensor, the X-T3 had arrived first with X-Trans IV. Even so, a lot of Fujifilm users have been waiting for the X-Pro3 and 8 years after the X-Pro1, the X-Pro3 has finally arrived.

The X-Pro1 and X-Pro2 cameras were breakthrough cameras not just because of the beautiful retro look, but because they link the photographer in touch again with the building blocks of all photography: shutter speed, aperture, ISO, connecting all together in a simple intuitive way.

Since the X-Pro1 days, the exclusive to Fujifilm film simulations have only improved and given photographers more ways to express their creativity.

Of course, it may be strange Fujifilm taking 4 years to move from one iteration of each X-Pro to the next. In this sense, the X-Pro series are not released to play catch up, but only when Fujifilm feels that they are ready.

4 years of listening to photographers can give a long list of improvements the X-Pro3 brings over the X-Pro2, but let me focus on sharing the most significant changes that define the Fujifilm X-Pro3 in Part 1 of the review here.

There is a lot to write but for Part 1, I will simply break the review into 3 main sections based on which I feel every photographer worth his or her salt wants to know.

The X-Pro line is the product line that truly defines Fujifilm’s innovation, and Fujifilm has revamped the handling, bringing the X-Pro series the closest yet to its original design philosophy of being the perfect tool for the documentary or street photographer.

The keen-eyed will see that ISO-H has been replaced by ISO-C (Custom) instead, allowing users to retain maximum control over ISO settings.

Slight adjustments have been made to the dials and buttons placement, making one-handed operation fluid. The grip is now slightly thicker both front and back following feedback. The camera is now more polished in design and comes now in a magnesium alloy chassis at 497 grams. 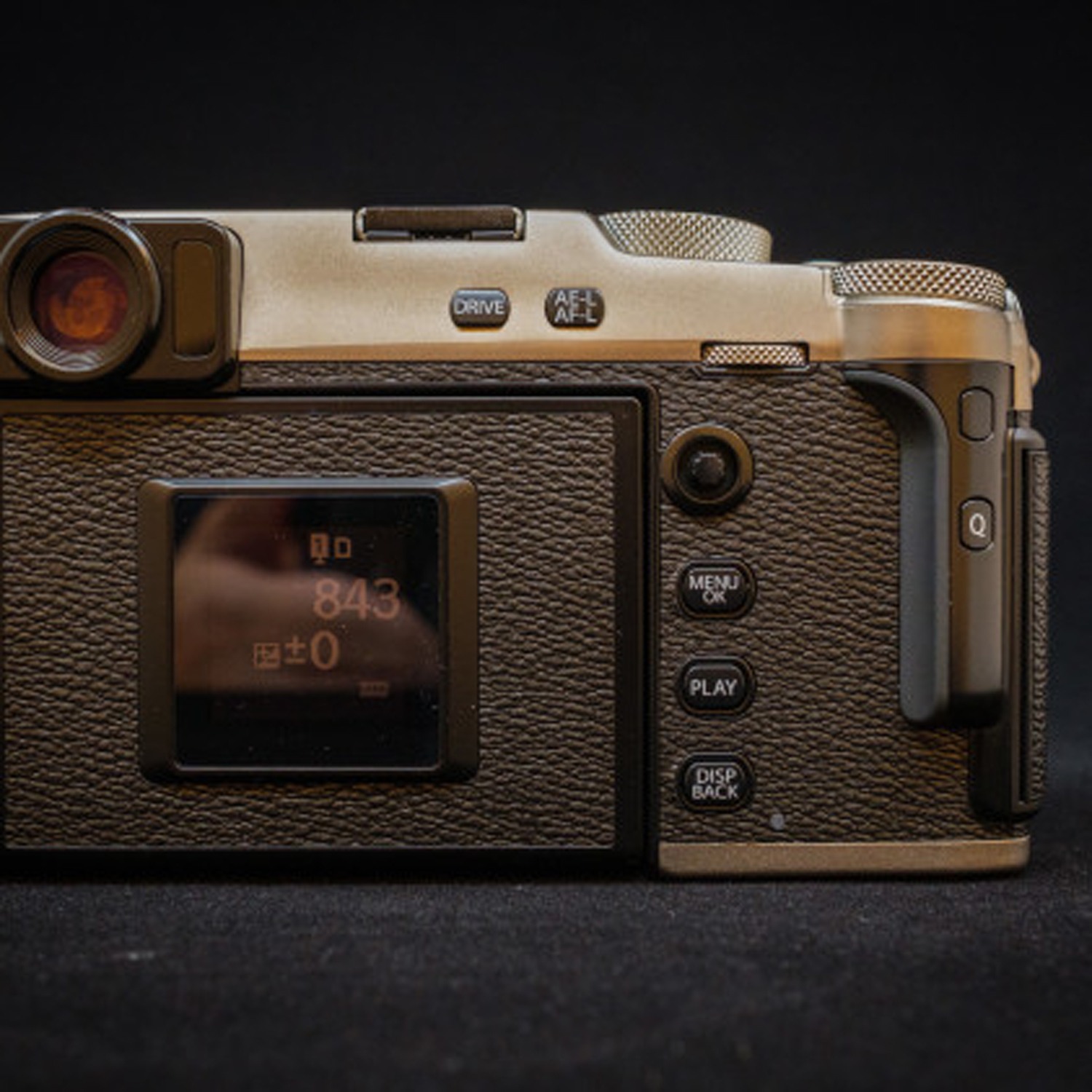 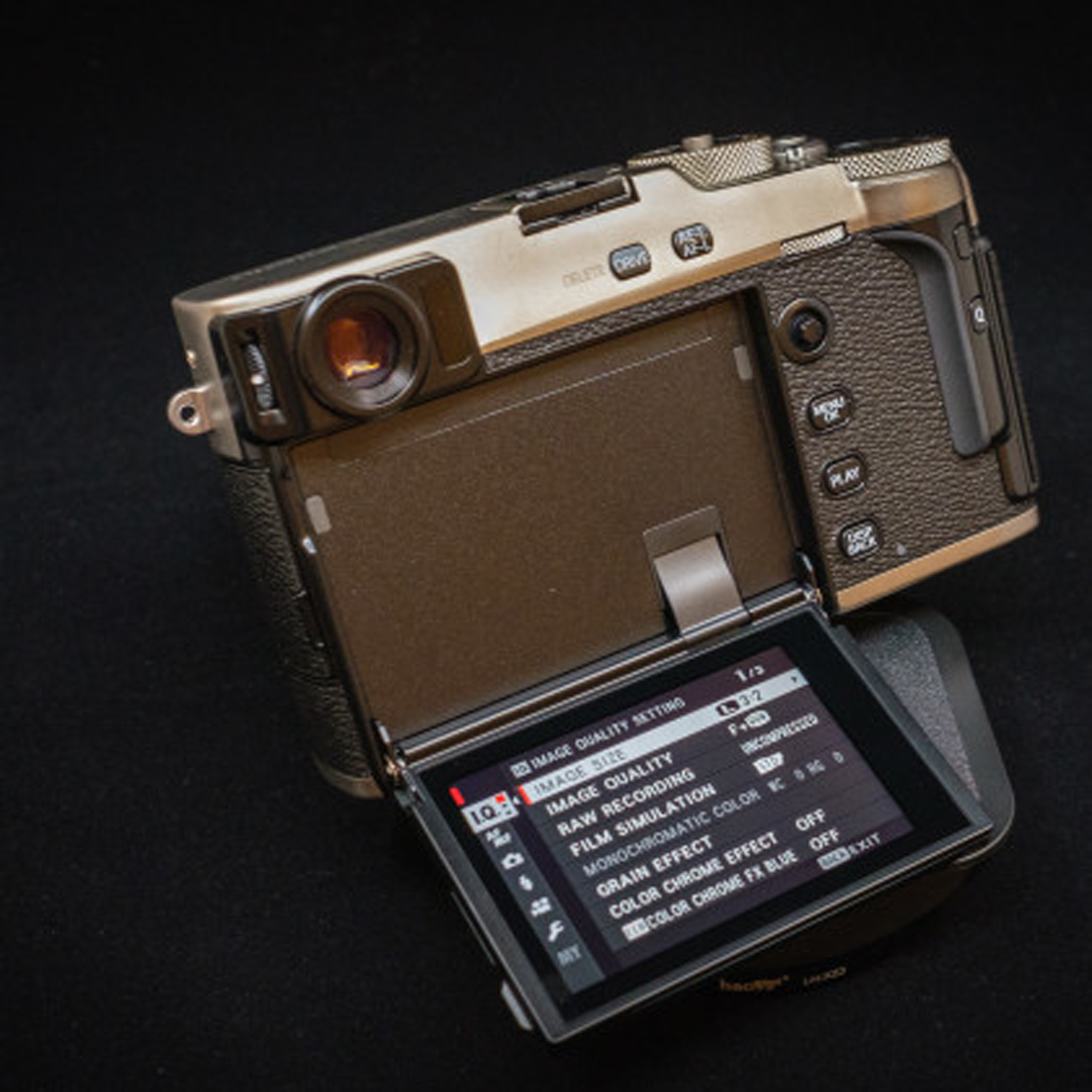 (If you are taken aback, I was too but let’s find out more.)

Yes, the redesign of the camera back surprised me too and this will likely be the main discussion point of the camera for most since the Fujifilm X-Summit on 20 September. My take? Spare a bit of time to listen to this person here who has at least used this in real life for a week before one judges. I will share more of my thoughts on this in the conclusions section.

Along the lines of redesigning the photography experience, Fujifilm has not only included a tilt screen but at the same time distilling the standard back LCD as a WYSIWYG tool to now a smaller e-ink like screen – displaying only what is necessary to know during shooting.

Taking inspiration from the GFX series and X-H1, the 1.28-inch memory LCD helps with battery life mileage too.

And it does not end there, the user has the option to switch between different display modes, showing either full shooting settings (shutter speed, aperture, ISO, exposure, etc like the X-H1’s) or adopting a display mode reminiscent from the old days where users slipped in the tabs of their film boxes into the camera back.

The camera back design is now simpler and cleaner with all the buttons there for a valid reason. There is a function button above the Q button now that is mapped to switching between film simulations.

Two observations from my use.

One
The LCD design may pose difficulties where one needs to take a shot at an awkward angle (e.g. from the top pointing downwards), but note that once propped open, the larger back LCD simply works like any camera LCD with touch capabilities, allowing some manoeuvrability. I am sure to some users, they will wish that Fujifilm did a full vari-angle screen like the X-A7 LCD instead but then this is not the X-Pro philosophy. 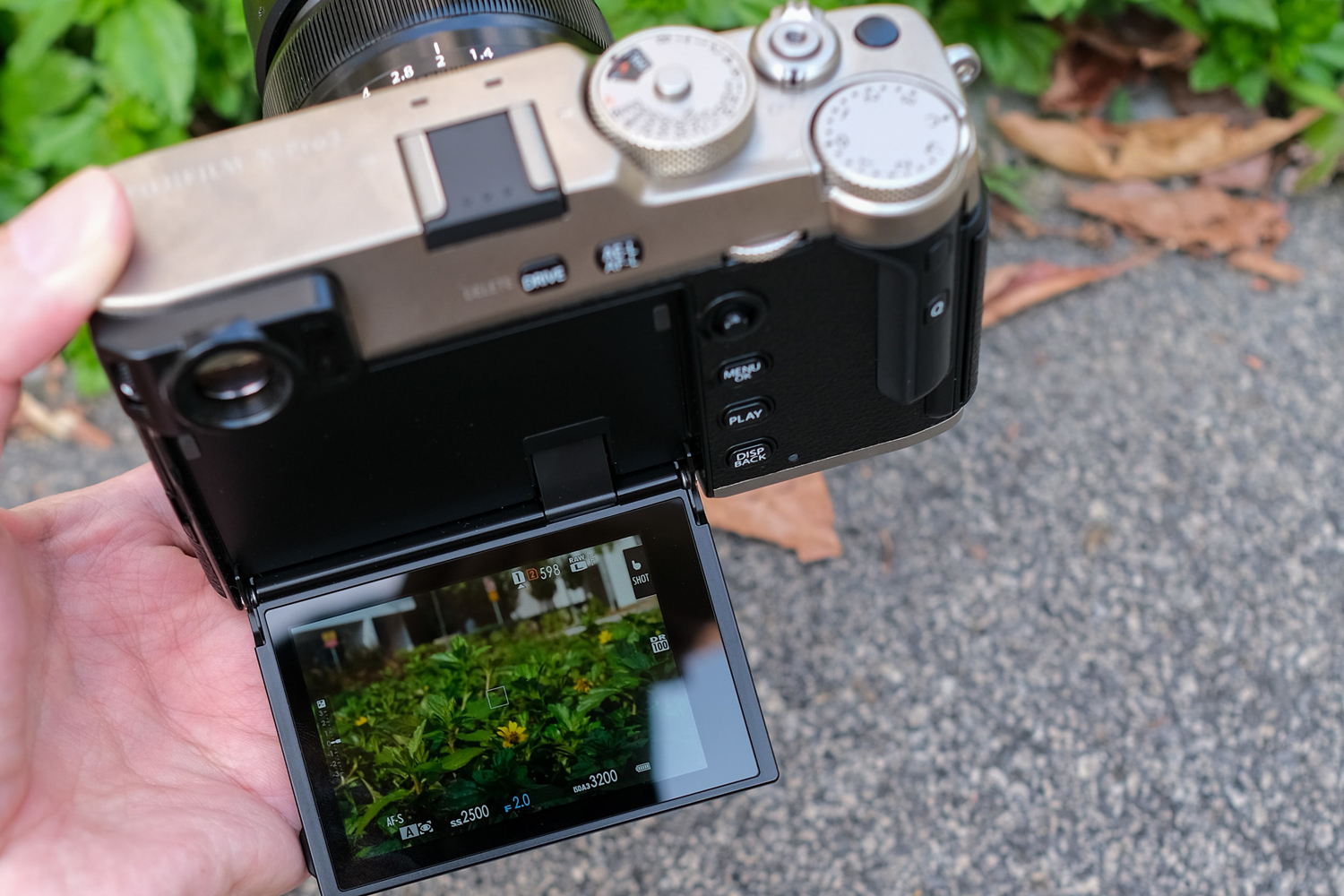 Two
The LCD redesign may be the very reason why some will stick to the X-T3’s DSLR based design but I realized that after the 1st day, I actually stopped LCD chimping and as such, got more focused on the photography process and that is something one can only appreciate after one has spent time with the camera.

Playback review is obviously available through the EVF so there is little need to really prop open the tilt LCD.

At the sides of the camera, we have the dual UHS-II SD card slots, USB-C and Mic-Remote ports (Supports USB charging). And of course, the X-Pro3 is weather resistant. 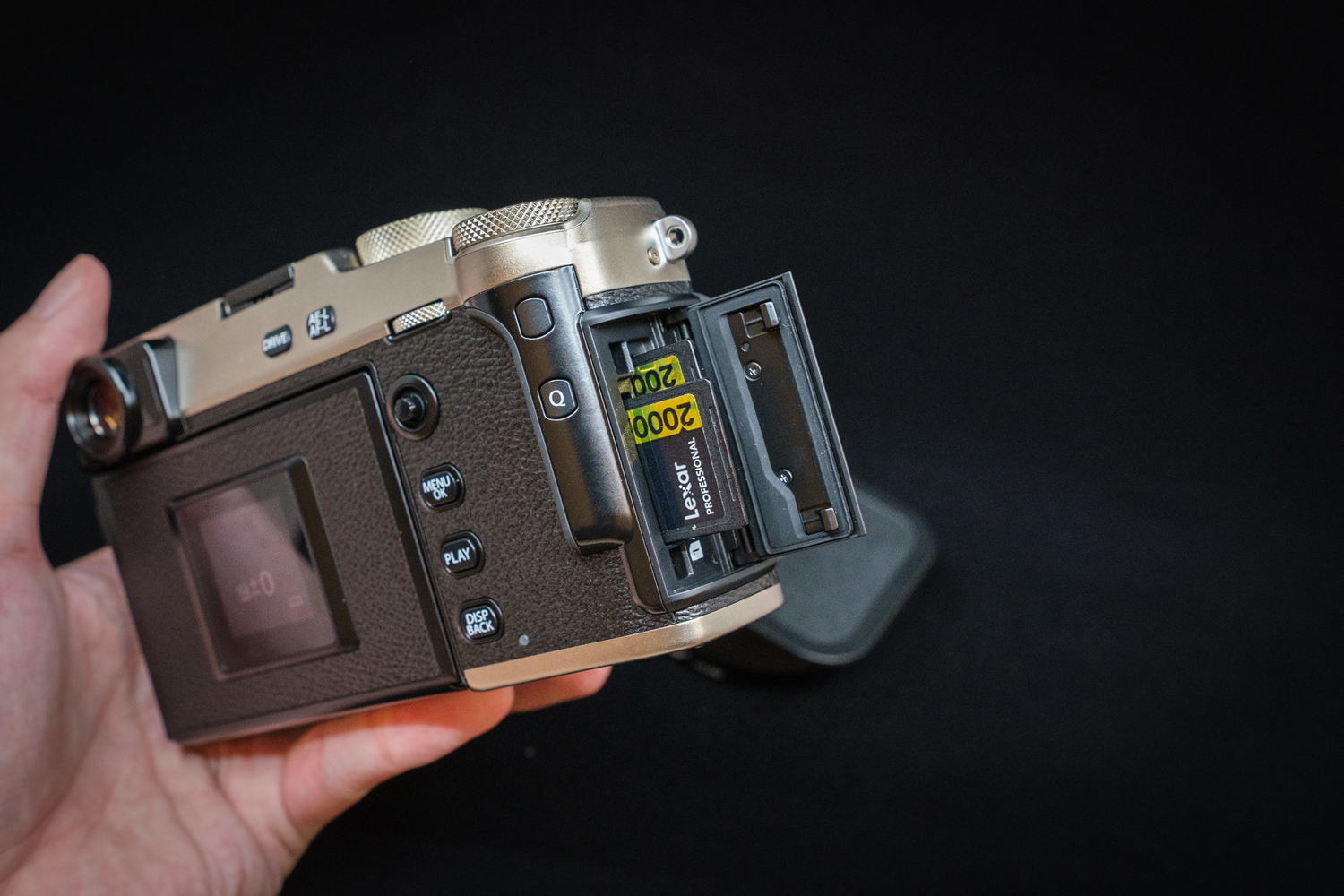 TIP: Toggling between different film simulations is fast. Depress the button above the Q button and use the joystick to select. There is no need to access the LCD screens even when needed to activate bracketing.

For obvious reasons, most of the image samples shared here will be in the new Classic Negative simulation to give the reader maximum mileage. I will show a few comparisons between Classic Negative and the other more common simulations too.

And of course, the noteworthy Fujifilm film simulations are more than just one, and with the addition of Classic Negative, we now have 10, of which Provia, Astia and Pro Neg H stand as some of my favorites.

3. Performance
In the heart of the X-Pro3 runs the 26.1 megapixels X-Trans IV sensor and X-Processor 4 quad-core processor with a 425-point hybrid AF system but with better (faster and more reliable) AF performance than the X-T3.

Autofocus capabilities are obviously a significant jump from the X-Pro2 as a result, tracking or capturing moving subjects is easy. In fact, the X-Pro3 comes with an improved algorithm that puts it at a level higher than the X-T3 in performance enabling autofocus at -6EV, which well, is basically as close to pitch dark as one can get.

The new phase-detection autofocus system covers the entire frame and supported with dual UHS-II slots, the X-Pro3 reigns together with the X-T3 in AF performance within the Fujifilm family (it is actually faster and I expect the X-T3 to catch up later with a firmware update). 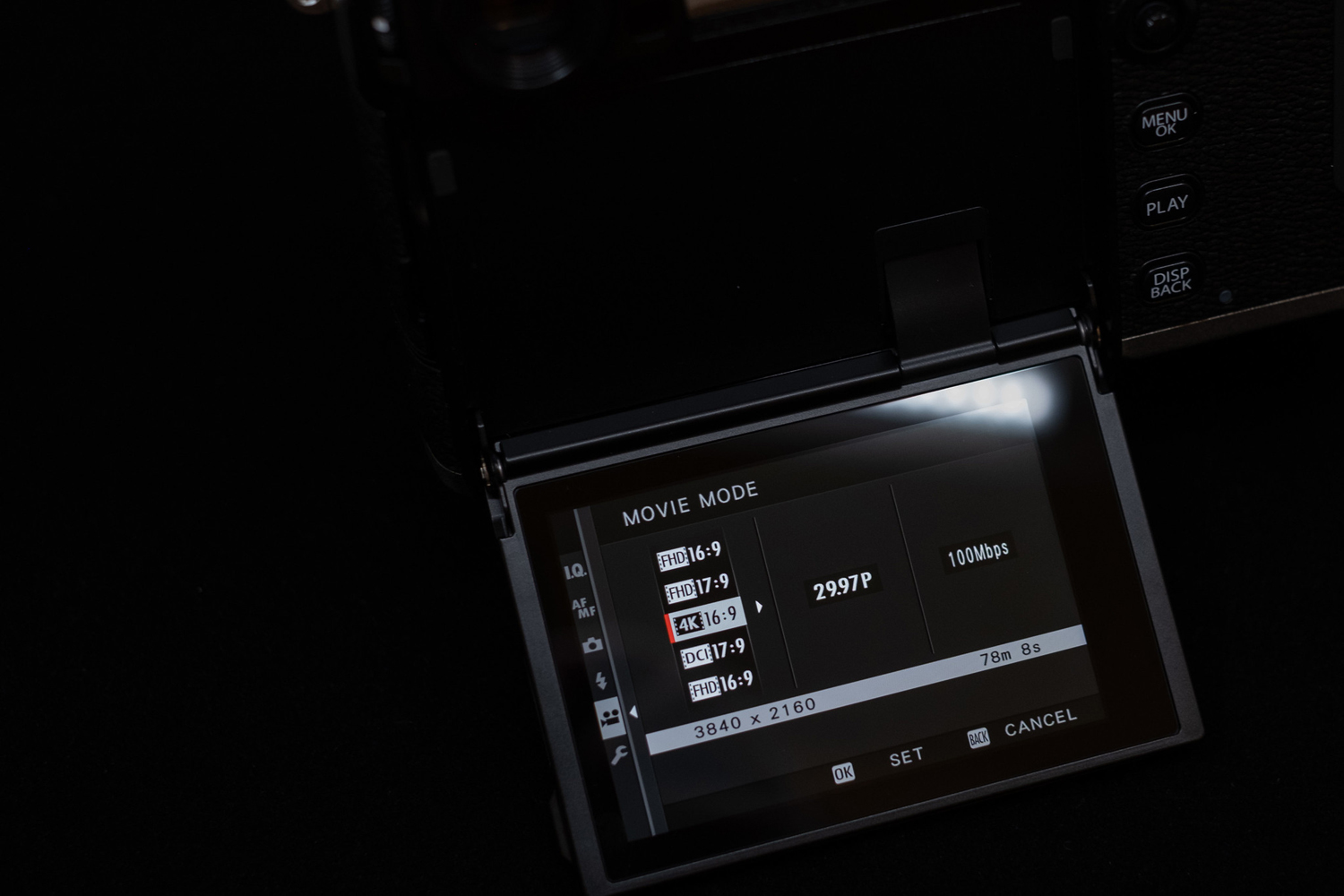 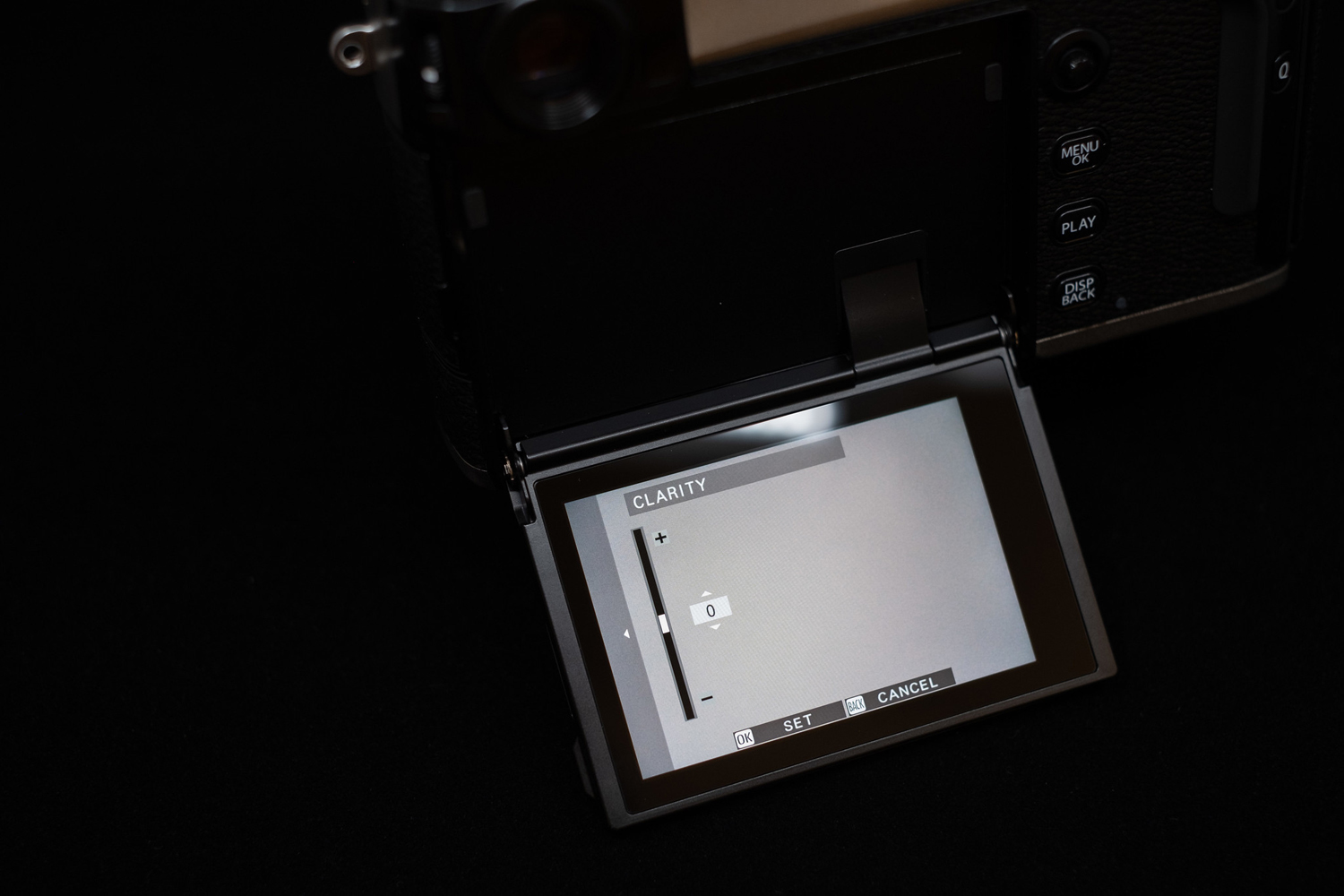 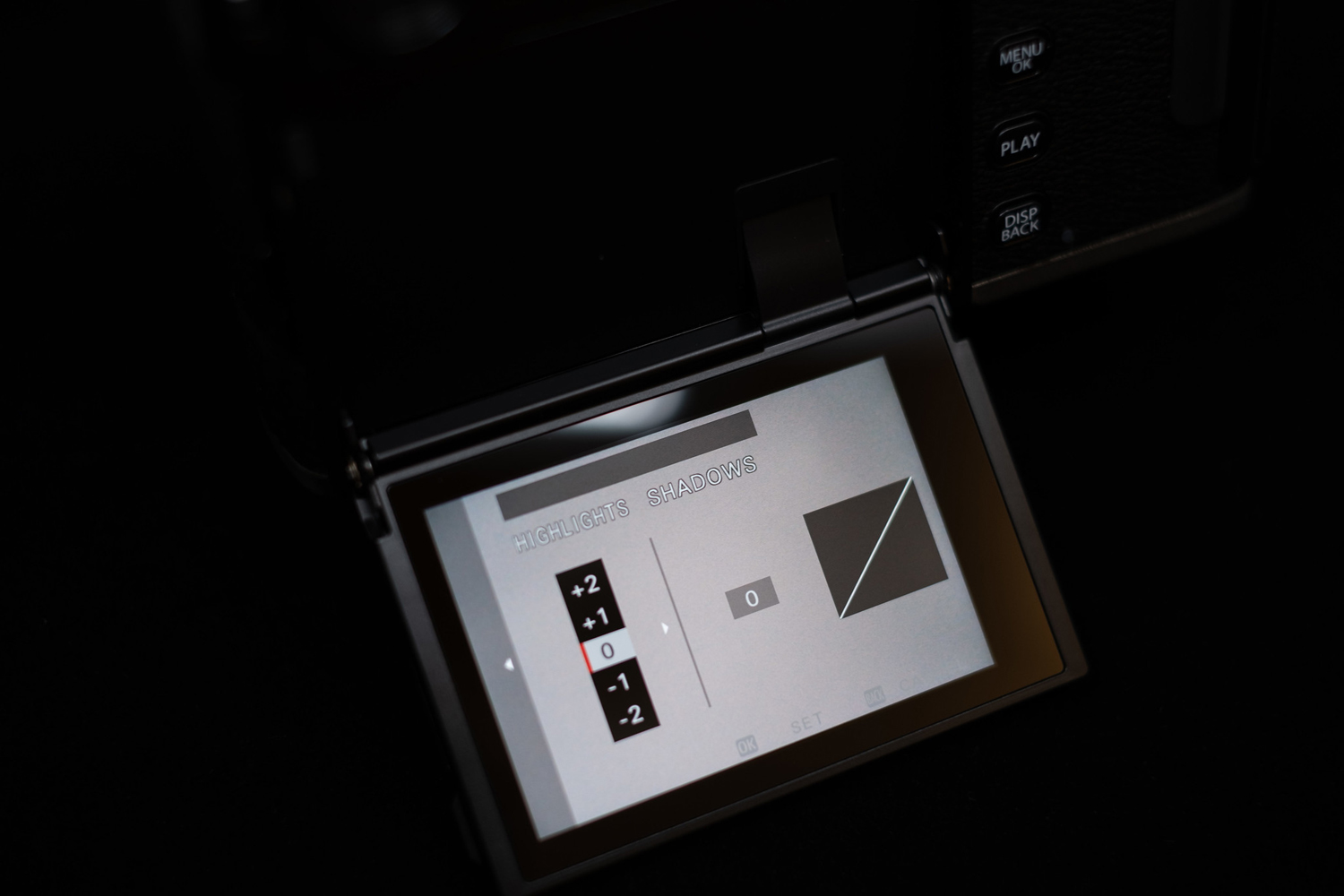 Fujifilm’s in-camera raw editing is mature and now further enhanced for those who lack raw editing software. There are numerous functional enhancements including an AF range limiter function, multiple exposures of up to 9 frames in 4 different modes that one can combine into a single image, a new HDR shooting mode and even finer tuning of clarity, tonal and grain effect adjustments in camera.

The X-Pro3 with some X-mount lenses:

Key to any rangefinder design is the viewfinder and Fujifilm went all out for the hybrid VF on the X-Pro3, the EVF now uses a 3.69 million organic EL panel with a contrast ratio of 1:5000 and now covers 97% of the sRGB color space, this is above the much improved Optical viewfinder which promises better clarify and coverage too.

Prodding on, I started to get used to the workflow and very soon after a day, I realized I didn’t really miss the old ‘standard’ design and appreciated the lack of another distraction but obviously, this view does not apply to everyone.

The X-Pro3 is now a step closer to being the street & documentary photographer’s perfect tool
The X100 and X-Pro series have always been the cameras truly defining of Fujifilm’s design philosophies and one of the things I’ve learned about Fuji is they tend to really think things through.

Innovations generally do have this unintended effect of discomfort, for humans are creatures of habit. The redesign of the X-Pro3 now steps closer to its design philosophy.

Some will say Fujifilm should go the safe route and do it like Sony: focus on one mainstream camera body style, regurgitate that same form factor and “force” photographers to adapt to that specific photographic experience but that idea doesn’t appeal to me.

Fujifilm prefers to deliver a variety of camera bodies for everyone to find that his or her one camera.

The Fujifilm X-Pro3 has always sat at the top in the X-mount camera hierarchy and was crafted for the niche market, and this is why I don’t think Fujifilm cares that much if many don’t like the hidden LCD screen, as long as there are some who appreciates it. There is always the X-T3, X-T30 or the X-T100 series for those who love the mainstream camera body style which goes at a way more affordable price.

Fujifilm understands that photographers have different needs and yearnings and I am glad to see Fujifilm having the courage to work in differentiation between these 3 camera lines.

Bonus Point
And if you wondered, yes – the X-Pro3’s exterior is indeed crafted from titanium, a first for Fujifilm modern cameras, making it significantly lighter but yet much more corrosion and resistant and robust than any other Fujifilm camera. In fact, it is said that the dura-Silver and dura-Black coatings are close to 10 times tougher than steel.

And yes, the Fujifilm X-Pro3 is made in Japan. 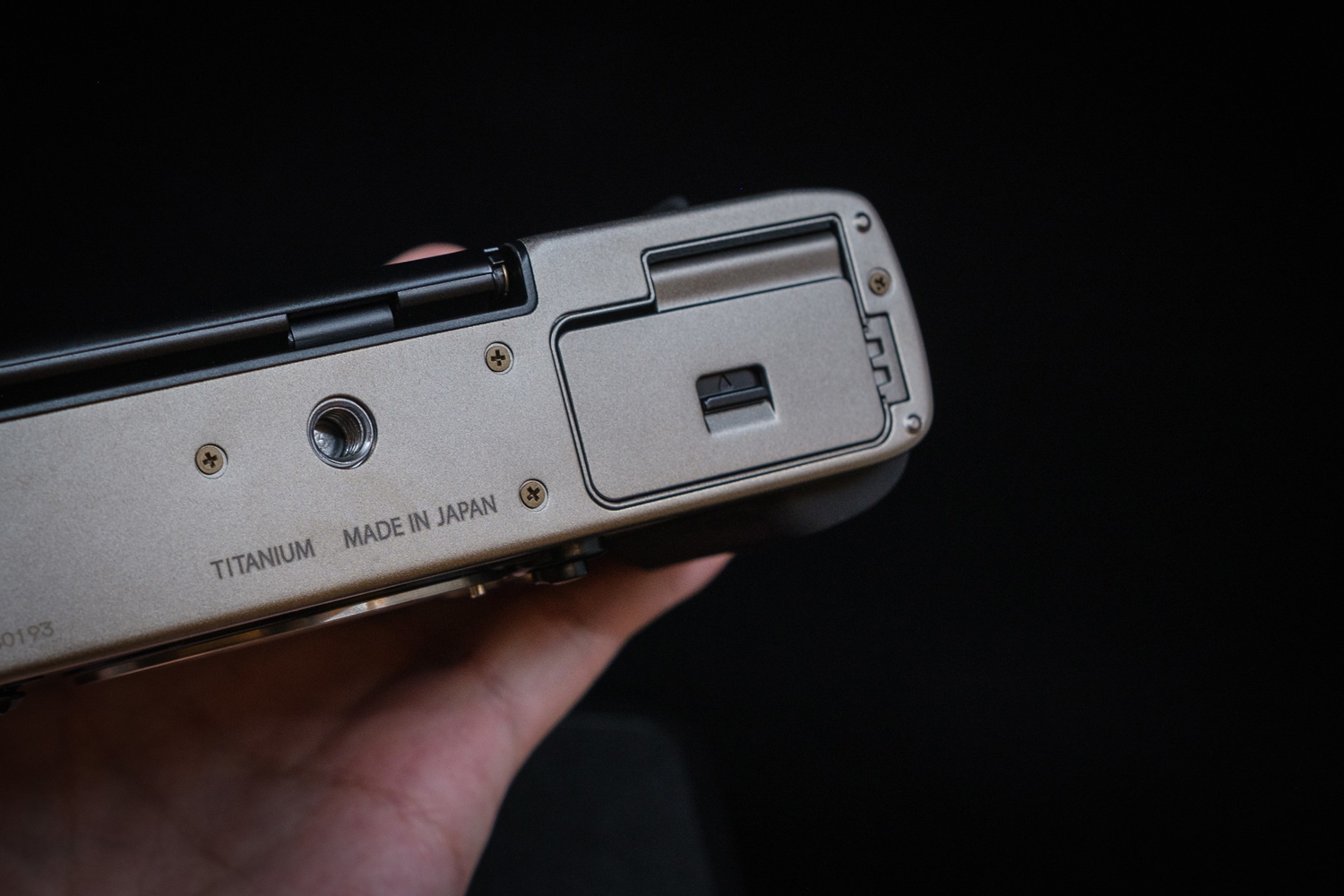 Thank you for reading and look forward to Part II where we will focus more on the Classic Negative film simulation.

About the writer:
Keith Wee has been using Fujifilm since 2013. A Mathematics teacher by profession, he is also the administrator of the Fujifilm ClubX and the Fujifilm GFX Facebook groups. He pens photography reviews for Fujifilm Asia Pacific Pte Ltd and at www.keithwee.com

“A Father, Teacher and Fujifilm Photographer. Lives a life of positivism & seeks to photograph Life’s moments. Very humbled to share camera reviews and musings on his photography journey.”

keithwee.com/
X-E3 & Me Premium/ What makes a good photograph?