On March 10, 2020, our San Francisco Bay Area office closed. Suddenly, we were all working from home. On the 13th, I noticed the lovely tulips in the front of my house and took a photo. About this time, our neighbors began posting terrible news from their friends in Bergamo, Italy. Reading the news, we all felt scared and helpless. From the haze of anxiety, I decided to focus on what was in front of me – beautiful flowers. I decided I would post a photo every day to share with my friends and family. A project was born.

Before this project, I usually took photographs while travelling. For example, in November 2019 we travelled to Tuscany and Rome. How strange that just four months earlier we had travelled so freely through Italy, without a care!

To take a photo every day in the same small place was an opportunity for me.

Much later in life, I owned a series of Canon compact cameras for backpacking trips with my sons. I started to notice that I enjoyed taking photos. Over time, I learned to page through the menus to gain more control over the camera. I realized that I liked directly controlling the camera.

Three years ago, I purchased a Fujifilm X-T20 with the 18-55mm kit lens. Having realized that I liked to control the camera, I chose the camera that would place those controls directly under my fingers. The second factor was that I wanted to learn to take photographs, but I did not want to spend a lot of time reviewing and processing photos on the computer (the memory of all those carousels?). The quality of the Fujifilm film simulations and jpegs made this camera an easy decision for me.

I have found the camera very inspiring. I purchased the 27mm lens to make a light kit for backpacking. Over 4 days in Yosemite, I was amazed how much I liked having a fixed lens. It made me pay more attention while walking the trail, waiting for the perfect perspective to come into view. I also found that lens to be surprisingly good at getting close to flowers and realized I liked taking pictures of flowers.

The next year I purchased the Rokinon 12mm, which I found to be a great landscape lens. Landscapes don’t move very fast, so manual focusing was just fine. The wide-angle lens made me think very hard about composition. I found that a good wide-angle shot needs a composition that moves from an interesting object near the front towards other points of interest farther back. Although the Fujifilm kit lens is great, I was finding I was learning more from practicing with specific focal lengths.

The next focal length I tried was the 60mm macro (do you see another theme here? I purchased inexpensive, lightweight lenses). And I also got some macro tubes. Now there was really a lot to learn. With this lens clicked in place, I found I was learning to shoot in full manual mode – to really learn to control everything.

I’ve also purchased the 56mm to take family portraits at a particular event. It’s a great portrait lens, as everyone seems to agree, but what I’ve learned from this lens isn’t so much about portraits. The beautiful bokeh on this camera made me interested in how colorful backgrounds could be and how they could contrast with a subject.

Where I live
March is the beginning of a beautiful time in Northern California. We have a winter rainy season, which turns the hills bright green for a few months. Everything grows here and everything suddenly blooms. Then by early May, the rains are gone and the hills turn golden brown – a color they will remain for the rest of the year. Because of this, my photo-a-day project had a natural beginning and end – from early March until mid-May, after which everything was much drier and less colorful.

I live in Silicon Valley, which had some of the earliest Coronavirus cases in the US. We were ordered to shelter in place early. We were obedient. I didn’t get in my car for months. In my case, this was a lucky thing, because I had more time to wander the local trail systems, enjoying the open green hills, bright fields of poppies and lupine, and the more unique flowers hidden along specific trails.

Shooting this project
For this project, I mostly used the 60mm lens, sometimes with macro tubes. I used the Velvia film simulation for its saturated colors. The photos are cropped but rarely processed in any other way. Because I was working from home, I could go outside whenever the light was best for a particular flower – or as soon as the rain stopped. The photo-a-day process made me pay close attention to all the variables; if a photo didn’t look good upon review at night, the flower would still be there the next day. So I could check out the photos at night and make plans to try different settings the next day. My travel time to re-take a photo was measured in seconds.

Another great learning experience was getting feedback from family and friends through social media posts of each day’s photo. From what people liked (which wasn’t always what I thought they would like), I got new ideas. If I missed a day, family members would call me to ask what happened. People started to tell me they looked forward to seeing a new flower photo every day. This was very motivating. My friends also gave me new challenges, like trying to capture a flying bee near a flower.

Towards the end of the project, I finally stopped using Apple’s Photos and purchased Capture One, which I still need to learn to use fully. All the photos in this collection were handled only in Photos, which is a testament to Fujifilm’s jpegs.

What’s next
I have been surprised how fun it is to photograph the same scene day after day, always looking for new things in such a small space. Although I took some photos along trails, most were in my rather small front and back yards.

We can now travel throughout our region. I’m not sure what’s next. The San Francisco Bay is about 20 minutes away, and I could learn to take photographs of all the sea birds. The ocean is about an hour away, and calls to me. We have small groves of redwood trees nearby too, and they are challenging to photograph. There’s some wildlife in our neighborhood too, like red-tailed hawks and deer. I’ve learned that I don’t need to travel to enjoy photography; rather photography can help me enjoy what’s close to home. 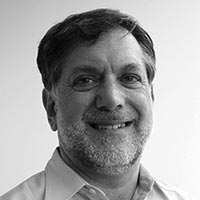 Jeremy Roschelle is a learning scientist who studies how to effectively use technology in schools. He lives in the San Francisco Bay Area with his wife and three dogs, where he enjoys hiking, jazz and photography.

Jeremy Roschelle is a learning scientist who studies how to effectively use technology in schools. He lives in the San Francisco Bay Area with his wife and three dogs, where he enjoys hiking, jazz and photography.

Posted on April 20, 2021April 20, 2021by Miro Maršík
Miro Maršík, music composer and producer, started using his images as covers for his music. Photography quickly became a passion, and with his X-T4, he captures wonderful landscap…
END_OF_DOCUMENT_TOKEN_TO_BE_REPLACED
Categories INSPIRATION

Posted on April 15, 2021April 15, 2021by Alwin Kok
First of all, I would like to thank Mr. Keitaro So, Divisional Head of Fujifilm for providing the loan for X-S10 and XF18mm F1.4. The units were loaned from Fujifilm Asia Pacific …
END_OF_DOCUMENT_TOKEN_TO_BE_REPLACED
Categories INSPIRATION

Posted on April 9, 2021April 9, 2021by Leroy Souhuwat
It is the year 2018, I moved to Iceland, the land of fire and ice. Everyone might know it holds astonishing beauty in its nature. That also triggered me in buying my first camera …
END_OF_DOCUMENT_TOKEN_TO_BE_REPLACED
Categories INSPIRATION

Posted on April 6, 2021April 6, 2021by Anh Vu Nguyen
My name is Anh Vu Nguyen, and I'm a 27-year-old mechanical/industrial engineer. I grew up and currently live in Pilsen, Czech Republic. As a second-generation immigrant from Vietn…
END_OF_DOCUMENT_TOKEN_TO_BE_REPLACED