I love basketball! Ever since I was a child and I used to set my alarm clock at two o’clock or 3 o’clock in the night, so I could get up and watch NBA games only to leave at 7 to school, after a long, white night, the game always stood with me.

So you can imagine the joy I had when the first sports event that I photographed was a basketball game. I never took anything but landscape or travel pictures, so what was I going to do?

My gear is kind of old, and many would say limited. How would it fare if I took it out and try to photograph an indoor event with not so great lighting, and to top it off, many athletes moving fast?

First, let me tell you a bit about the setting. I was invited by CSO Voluntari, a Romanian professional basketball team to attend a mini tournament, official games as part of the Romanian National Basketball League. So this was not going to be simple since I was photographing real athletes, real games, teams that want and fight for the championship.

I took my old X-T1 and coupled it with the XC50-230 for static pictures. Players during time outs, coaches on the bench, free throws, this kind of thing. But I was still missing a good, fast lens. And the salvation came when I got the idea of browsing a local Fuji group and asked for a 50mm F2.

I was going initially for the XF90mm F2 but, well, that was out of my budget too, so I had to search for the XF50mm F2, and luckily I found a second-hand one, got it shipped overnight and I was ready to take pictures.

First things first, let me start with the camera settings. Indoor sports mean bad lightning. Even professional venues suffer from this, so I had my X-T20 ISO raised to 3200, and I left it there.

Second, I took my “new” XF50 F2 lens and had it locked between f2 and f2.5. I never went to 2.8 since I was afraid. I guess the lack of experience made me do this since it was my first time photographing sport.

Nobody would expect the X-T20 to be a real sports camera, so I needed to try and simulate “professional” settings as much as I could so this is how I set up my camera for the games.

The left dial was set and locked to CH. CL was simply too slow, and I was missing things, so I fired a few rounds during practice and let it on CH. I switched the focus mode to zone and alternated between the first and the second sizes in focus (3 by 3 and 5 by 5, if I remember correctly). I chose option 2 from the AFC (of course I forgot to tell you that I switched the little dial on the front of the camera to C) menu.

I really had no experience here, but I searched on the internet, saw what others were taking pictures of and decided to go with it. Inside photometry, I had changed the mode to centre-weighted, and I truly believe this is how you shoot sports.

I had fiddled around and removed the AF illuminator from the camera. I didn’t want to risk upsetting a player in motion.

My thinking/strategy was simple. I had 2 primes, a 35mm F2 and a 50mm F2, so I wasn’t going to have the same reach as the guys carrying 70-200mm zoom lenses. So I came up early and attended practice.

I let my 50mm on and started tracking players. See how they move, see how they run, see how further away from me I was comfortable taking pictures. I established a zone where I decided that even if I had to crop the pictures after I would still get a decent shot.

I won’t lie to you, owning just a 50mm is tough. I was near the TV camera, the medical staff and a quarter of my shots were of the referees back. All of these problems would have disappeared by using a zoom, but I had none. So what I did was constantly moving behind the referees back trying to get a better angle.

Also, since I was limited in reach, there was no need for me to go in the stands and take pictures from above. I was stuck on the backline, and my only option was to chose which side of the board to sit on according to the available light in the gym.

Nonetheless, I had an amazing time and considering that this was my first time shooting sports, I was satisfied with the results I got. As a matter of fact, I am currently saving to buy a used XF90mm F2 to help me. Get a bit more reach in the gym, and maybe get better pictures in the future.

Before shooting these games, I read on the internet that the X-T2 is kind of washed up, that, well, you couldn’t really use it for professional sports photography because its autofocus is slow. You can imagine how my hopes were if all I had was the X-T20, not even the X-T2. But, as you can see from the pictures attached, the results are really not that bad.

I noticed that it is imperative for the camera to catch perfect focus on the first picture. Otherwise, you will be left with a blurry mess for 8,10, 14 pics, which is a big no no. Being a rookie at this, I managed to screw a few beautiful phases by missing focus, and I am kind of upset because I missed a couple of slam dunks. However, upon reaching my PC, I noticed that I have enough keepers so, overall, I am really satisfied with how things went.

From my previous articles, you might know that I am not a huge fan of editing and most of the times I use jpegs on my Instagram account or on the pictures I attached to my articles here. However, for this special event, I had all my jpegs edited from the RAF files. I was surprised to see how little editing I would have to do and bellow you can find my process.

For all the pictures in this article, I used Irident Explorer and LR. Yes, I know Capture One is better (or this is what people say), but my license expired in December, and after two full years I wasn’t that keen on renewing it.

I first selected the files I wanted to edit and then I ran them through Irident, obtaining some huge DNG files which I imported into LR. I did 2 basic things on every picture I took: Level the picture and crop it until I was happy with the result.

For 90% of the pictures, I went with a Provia simulation and chose my WB over the auto setting. I found that this way, the final result looked closest to what my eyes saw in the sports arena.

Next came exposure. From all the pictures I have attached today, I think +0.45 was the biggest value I have added, most of the files being between +0.20 and +0.40. I messed a bit with the blacks and the whites and used values between – 10 for the whites to +10 for the blacks.

My next step was sharpening, and I tried not to overdo it by selecting very small values for sharpening and for masking.

Finally was noise removal, which was like a huge worry for me but in the end, proved to be pretty simple. I noticed that for 3200 ISO I needed about 35 to 40 as values and the pictures look really well after it.

All in all, I think that I spent about three minutes per each photo (maybe a bit more when my PC was moving too slow due to its age).

Now that I have taken this step, would I change anything? Well, to be honest, I would love trying the X-T3 and the XF90mm F2, but unfortunately, they are out of my price range for the moment.

I am more than happy with how my little camera held up, and considering the fact that this was my first shoot, I have reason to believe I can get better and grab more shots before updating the body to a newer, faster one. One thing that I would love is the XF90mm F2. I think it would really help me get closer to the action and offer me a chance to track action more, covering a bigger size of the arena. However, until I can afford such moves, I will keep using my little toy camera with its little XF50mm F2 lens glued to it. 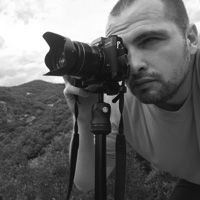 “My name is Stefan Panaitescu, I am 38 years old and I am from Bucharest, Romania.
I work in sustainability and corporate social responsibility and I love my job.
I am an avid traveler and in my spare time I run a travel blog and I try to get out as much as I can and shoot with my Fuji cameras.”

"My name is Stefan Panaitescu, I am 38 years old and I am from Bucharest, Romania. I work in sustainability and corporate social responsibility and I love my job. I am an avid traveler and in my spare time I run a travel blog and I try to get out as much as I can and shoot with my Fuji cameras."

The curve of time

Posted on February 19, 2021February 19, 2021by Nils Leonhardt
As landscape photographers, we pursue the elements. We live and breathe the outdoor spaces, the pristine wilderness. This year has been challenging. However, it hasn't stopped all…
END_OF_DOCUMENT_TOKEN_TO_BE_REPLACED
Categories INSPIRATION

Posted on October 21, 2020October 20, 2020by Levingston Lewis
“I’m a Nikon guy,” I thought as I browsed through the list of Fujifilm X-T4s. “However, they do look really cool and geez, look at those video capabilities! Maybe it’s finally tim…
END_OF_DOCUMENT_TOKEN_TO_BE_REPLACED
Categories INSPIRATION

Building myself as a better photographer

Posted on December 13, 2020December 11, 2020by Stefan Panaitescu
Sometimes you are lucky. Sometimes you don't search for anything and you have a small moment of inspiration. I will enter here, I will try this, where does this road lead? Surp…
END_OF_DOCUMENT_TOKEN_TO_BE_REPLACED
Categories INSPIRATION

Rediscovering the pleasure of Black and White

Posted on February 10, 2021February 9, 2021by Marcelo de Coghlan
I've been enjoying street photography for a long time, but I only took photos for myself, having published only a few. Four years ago I began to take more street photos, especiall…
END_OF_DOCUMENT_TOKEN_TO_BE_REPLACED