What’s it like to use in real life? This is more a personal view of using the Fujifilm XF 50-140mm F2.8 in a real-life situation, rather than an actual review. It’s my experience and initial thoughts after using this lens in the field for a few days on a professional job.

I don’t have the time, or the brain frankly, to do a lot of shots of test charts. I feel there are plenty of people that do that rather well already. So why try to compete with them? If you want that, then you may have to look elsewhere. If you want to know what it’s like to actually use in battle, then read on.

I had not ever considered buying a big telephoto zoom for my Fujifilm system before. To me, and I’m sure many others it kind of defeats the point of this lightweight system to then stick a huge lens on the front. I guess I’m talking from a personal photography point of view. I see the Fujifilm X system as fundamentally a lightweight travel solution, where I use primes and have to carry my whole kit all day. Rather than say a commercial shoot where I might be able to work from a vehicle base or green room.

So when I was asked if I would do a last minute commercial stills job for a company I had a history within video the first thing I did was get the art director on the phone. I wanted to know if it was at all possible to use my Fuji gear for the shoot. After talking to him it was quite clear he didn’t want the look you would get from shooting wide and close, as we might do on a typical air to air shoot. He wanted a telephoto “feel” to the images. I needed to be shooting long and pulling the subject to me whilst compressing the backgrounds. It was obvious that my trusty 56mm would just not be suitable for the sort of shoot. I needed some sort of zoom and it would really help to be stabilised. As the other concern was vibration. I would need to be shooting from an aircraft with the door off and the brief was for some “top down” vertigo shots. I knew this meant me having to hang in the airflow and not being able to tuck in by the door as I might usually do. So if I wanted to use my Fujifilm cameras for this job there was only one option, in my opinion, the Fujinon 50-140mm f2.8.

I had a very quick go with Damien Lovegrove’s Fujinon 50-140mm f2.8 before. I squirted off a few frames at a portrait workshop he had run (top bloke by the way). So I knew that optically it was pretty good and both the size and weight weren’t crazy big. It just might work, I thought. But it’s a very different thing working in a warm hotel room with a cooperative model shooting a couple of head shots, to hanging out of a plane doing over 100+mph trying to shoot another aircraft whilst flying over Rotterdam getting buzzed by the local police helicopter. 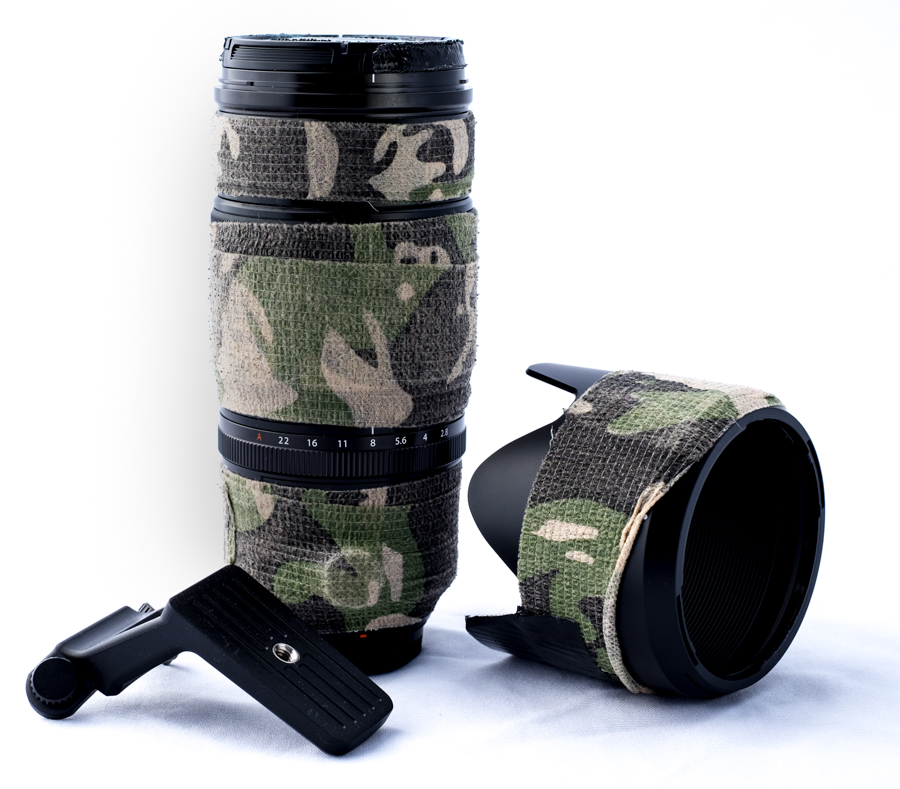 Biting the bullet.
So, I decided to get a Fujinon 50-140mm f2.8 and attempt the shoot with that and the X-Pro2, also a bit of an unknown for this situation (but that’s another blog post).
I have had a fair bit of experience operating from planes with the door off filming other aircraft. But not doing stills and certainly not using the Fujifilm X system to do so. I think a typical good focal length would be around 35mm. However as I said the brief really called for long lens feel shots with none of the usual distortion you tend to get with the wide angle setup.
So, I ordered the Fujinon 50-140mm and had it sent out on a next day delivery. As with all these shoots, it was a last minute thing, so I only had two days to source the lens before I was due to travel. When the lens arrived I quickly unpacked it and made sure it focused with the X-pro2. I then wrapped it with some tape to aid the grip when using it with gloves and put it in my thinkTank camera bag ready for the trip the next day.

I had decided to tape the exterior of the lens, as the floor of a light plane can be a bit of a brutal world. There are a lot of sharp metal bits sticking out all over the place. Even if everything is attached so it cannot fly out of the door, it is still quite possible for things to slide around if you are not concentrating during take off and landing. I had some slightly mad looking camouflage tape knocking around so decided to use that. It leaves no residue at all when removed. It looked a little silly, but oh well.

Is the 50-140mm 2.8 any good?
Come shoot day it was pretty humid and I was thankful that the Fujinon 50-140mm combined with the X-Pro2 meant I had a water resistant setup. It’s hard to describe the environment I would be shooting in. Let me just say, it’s not conducive to trying to concentrate or problem solve. The more you can do to prep prior to take off the better. 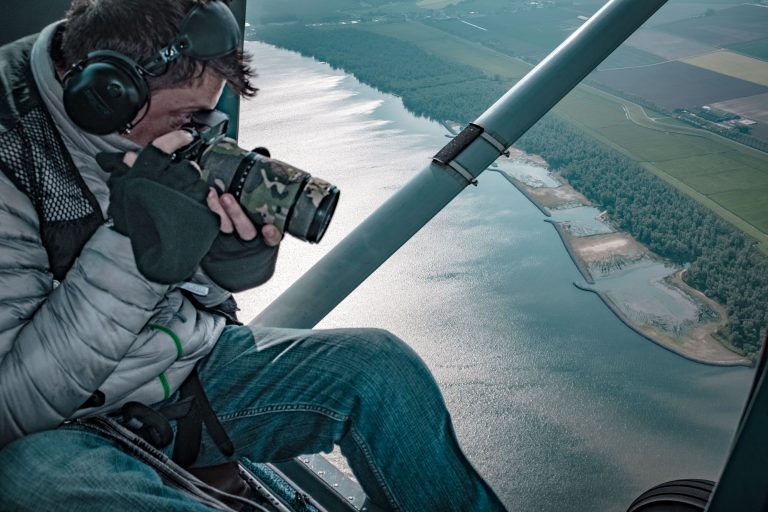 Physically, the lens is very good to hold has a solid feel with smooth and useable short throws for the zoom. With the combination of high-quality plastics and metal used in the construction of this lens, the results are a robust feel, whilst giving a good compromise between build quality and weight. It fits in the hand really well and at 995g it isn’t as heavy as you may expect. The tape I had added worked like a dream making the barrel really grippy, also an added bonus was it would prevent scratches to the exterior of the lens whilst it got thrown about in the chaos of a door off air to air shoot. I did around 4 hours total air to air shooting using this lens. But by about ten minutes in I knew it was the right choice for this type of work. Fujifilm Fujinon 50-140mm f2.8 in actionDue to the way many of the shots needed to be composed to work on double page spreads with text and graphics, there was plenty of having to hold the camera upside down and lots of using the screen on the back to compose. At this exact moment, I was thankful that the X-Pro 2 does not have a flip screen. It would have probably been torn off in the airflow.
The dimensions and weight of the lens felt perfect for this style of shooting. In a weird way as I found myself thinking this lens actually feels rather small up here in this big sky. During the aerial shoots over the next couple of days, the 50-140mm didn’t miss a beat. It was a joy to use. The focus was snappy, the OIS worked well and the size was just perfect. 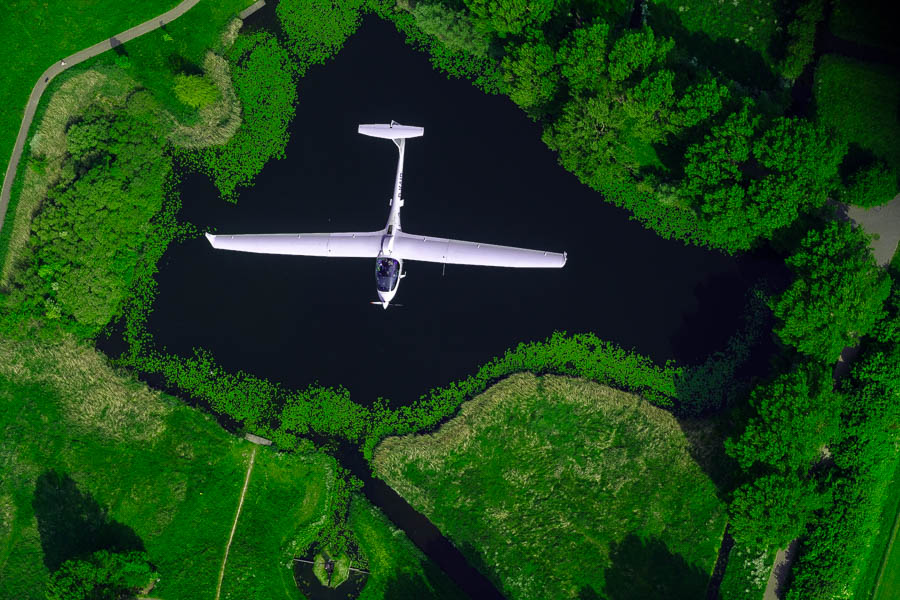 What is weird is, before I spent two days flat out with it I have to admit I didn’t want this lens at all. I was thinking perhaps I can send it back after the two day shoot. But now I would find it hard to part with it. Sure it’s not going to be coming with me on a trip to India doing street and travel. But it’s a great asset to have on the shelf, should you be asked to do a wedding or some portraits for example. I started the week not really wanting the lens in my kit and am now sitting here at the end loving it. 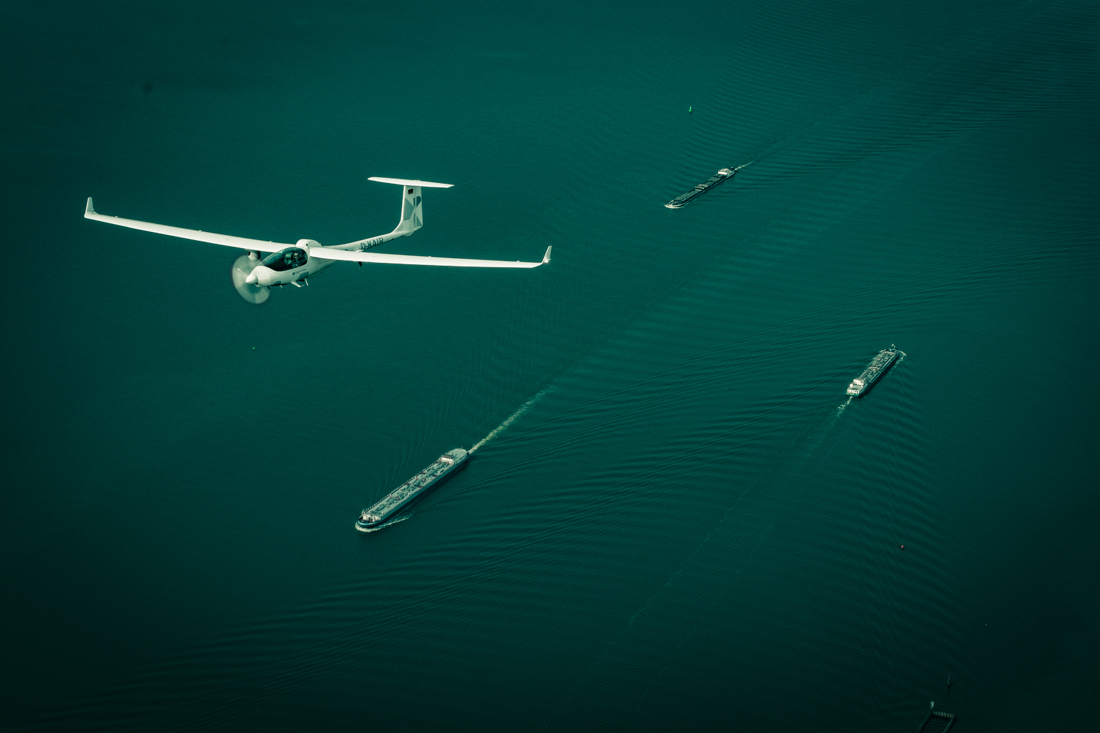 Yeah, but is it sharp?
Um, well let me just show an image and you decide.

Value For Money?
The Fujinon 50-140mm f2.8 lens costs around £1200/$1400, which may seem like a lot, but if you compare it to comparable alternatives from other camera makers, it really isn’t that expensive at all, especially given how well the lens performs.

Verdict
Although it may seem expensive at first, Fujifilm has given us a robustly built lens capable of delivering amazing image quality. This Fujinon 50-140mm telephoto is a very sharp lens. It also has a complete lack of any visible distortion, light fall-off or colour fringe issues. The optical image stabilisation works like a dream, I had no issues with motion blur and next time I will relax my shutter speeds and be braver as I know the system works. 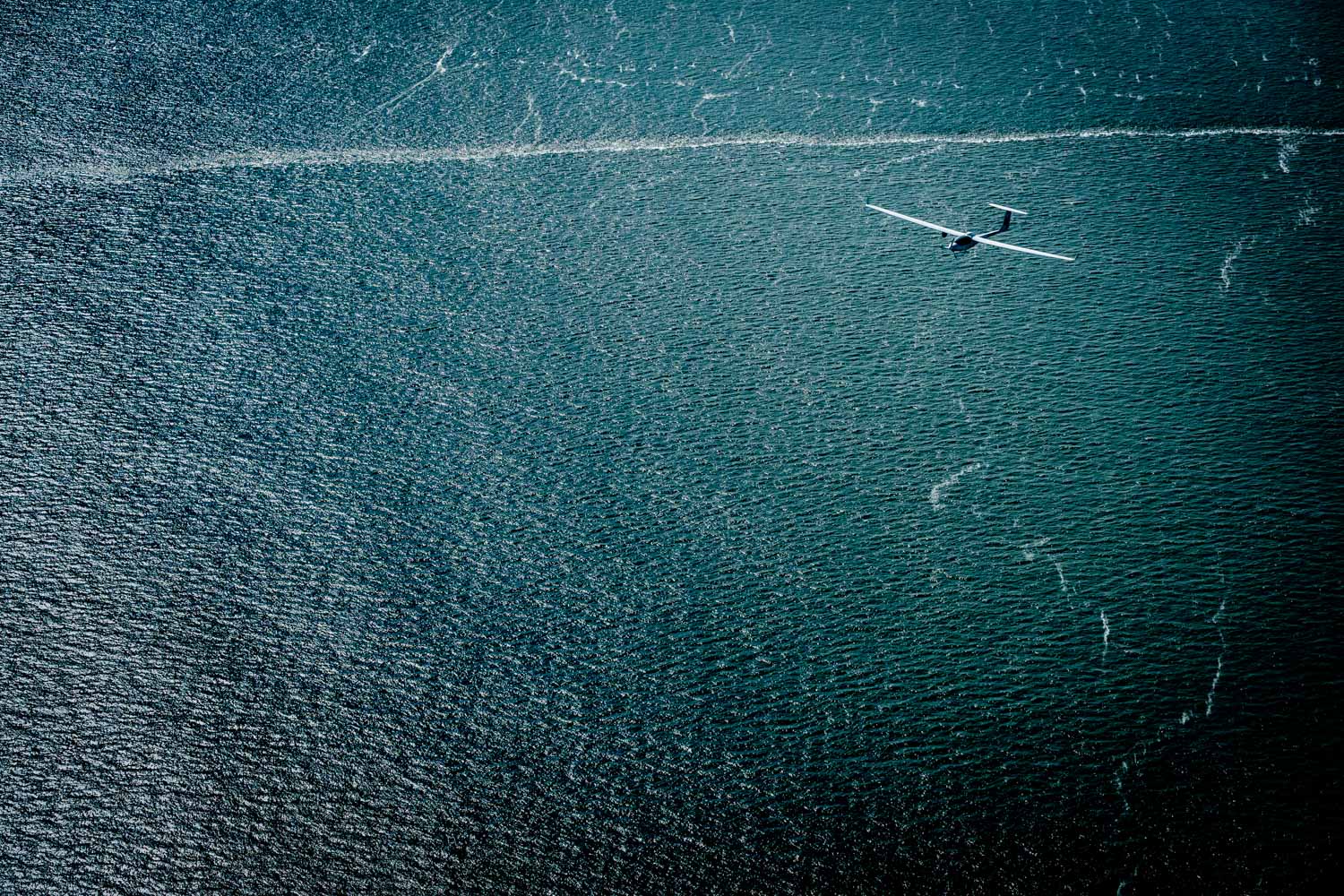 From what I have seen so far the images this lens puts out are on a par with the full frame 70-200ish f/2.8 optics available. It just happens to not only cost less but it’s lighter too. I guess if you want to know if I would recommend it, then the answer is a definite yes.

Posted on August 9, 2021August 9, 2021by Paul Marshall
When Fujifilm announced the XF 18mm F1.4, I instantly had 'GAS' for this release...Fast forward until 27th May 2021, the Release date for this wide prime lens. My sample of this l…
END_OF_DOCUMENT_TOKEN_TO_BE_REPLACED
Categories GEAR

Posted on December 30, 2020December 29, 2020by Alwin Kok
Disclaimer: This is not a sponsored post by the lens manufacturer. I paid for this lens from my own pocket. This is purely my own opinion about this piece of wonderful glass, and …
END_OF_DOCUMENT_TOKEN_TO_BE_REPLACED
Categories GEAR

Posted on December 22, 2020December 22, 2020by Miles Witt Boyer
The camera world has been completely turned upside down in the last few years and though about 90% of the content we create is written to prospective brides or clients, every once…
END_OF_DOCUMENT_TOKEN_TO_BE_REPLACED
Categories GEAR

Posted on November 28, 2020November 27, 2020by Paul Marshall
So the battle of the sub f/2.0 portrait lenses for the Fujifilm X series is heating up with some of the best lenses I have used to capture anything from my son to a CEO of a huge …
END_OF_DOCUMENT_TOKEN_TO_BE_REPLACED