I started in photography about 10 years ago, even when I studied something different first, but my first contact with photo was a long time ago watching a Time Life book with the iconic images of the wars, sports, people, etc. that we all have seen, and one day later I decided to “study” that thing that liked me since that time.

First I tried to do fashion, but was a lot of things to do wich involves people and a lot of free work so I left it, and started doing “street photo” wich it isn’t a new theme; at the beggining was a bit hard ‘cause I’m quite shy, so it was a problem; and the issue that people doesn’t like to be photographed, but I beat all those things and I guess I got very good shots. Right now I have been doing nature photographs wich is very different ‘cause in there you are all alone, but before this year ends I will return to do street photo.

My Fuji Xpro 1 was the second digital camera that I had, the first was a Sony A200, and I chose it ‘cause I didn’t want the traditional two brands. I like Sony’s A series, and it was a good choice. I always use A (aperture priority) program, with big appertures and I tend to underexpose the photos to correct them in Ligtroom, also I use spot mettering.

I don’t use jpg’s since 90% of my photos are in black and white so I don’t have special settings, but the jpg’s in ProNeg H I like them a lot; unlike the b&w jpg wich is to “gray” for me.

The only Fuji lens I have is the 35mm ƒ1.4 that can be used for everything.
When I’m doing nature I use some Fd lenses (50mm macro, 100-200mm) with an adaptator it’s a bit hard the manual focus at the begging, but then becomes easier with good results.

My street photo, is about a public square in Mx city, called Coyoacán wich is very busy all the time with tourists, salesmens, common people, poor people, young and old people… every one is in that place so always there’s something to see.

In my photos I try to catch a moment than can tell something else or make a little story about it for the expectator. 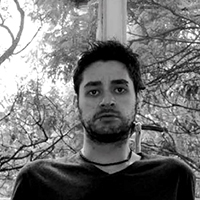 “I’m 31 years old and started in this not so long ago, with a canon a-1, then I went to a bad photo school, I have won some little contests in my city ( Mexico City) I prefer black and white photos. My usual issues are street photo and nature.”

"I'm 31 years old and started in this not so long ago, with a canon a-1, then I went to a bad photo school, I have won some little contests in my city ( Mexico City) I prefer black and white photos. My usual issues are street photo and nature."

Posted on September 11, 2020September 9, 2020by Jorge Lens
I started in photography many photos ago.As a child, I used to love seeing the collection of postcards at home. I took them, ordered them and made competitions between them as if …
END_OF_DOCUMENT_TOKEN_TO_BE_REPLACED
Categories INSPIRATION

Posted on September 9, 2020September 9, 2020by Gustaf Wiking
“My passion for photography stems from a life within the vivid culture of skateboarding and bicycle communities. My drive is to document the beauty of my surroundings, from dusty …
END_OF_DOCUMENT_TOKEN_TO_BE_REPLACED
Categories INSPIRATION

Posted on September 29, 2020September 28, 2020by Vincenzo Tasco
The Fujinon XF 90mm F2I currently use both systems. I have always used Nikon, shooting with a D4S full-frame reflex. Still, since one year I have been using Fuji, and I am about t…
END_OF_DOCUMENT_TOKEN_TO_BE_REPLACED
Categories INSPIRATION

Posted on September 27, 2020September 23, 2020by Marcelo de Coghlan
The friend's day, for us, is obviously every day we meet, and we really don't give much importance to the dates, except for the friend's day of the year 2019. Vicente López Royal …
END_OF_DOCUMENT_TOKEN_TO_BE_REPLACED