The first “all Fuji” wedding

“You will probably need surgery, Fernando” the doctor said.

I had high hopes on the nerve infiltration, but the results were bad. The tendinitis still hurt. And that was after 4 expensive months of treatment with kinotherapy.

The doctor told me that in case of an operation on the arm nerves and muscle, the minimum recovery time would be 3-5 months and probably some more time to get the muscle back. As a wedding photographer it meant losing the high season altogether, and health expenses beyond my means. With my first baby due in 2 months, I was in a really, really, really uncomfortable position.

I had a love–hate relationship with my Canon 6D. It enabled me to work and do amazing things. But it was slowly crippling my right arm.

Now, imagine holding it for 10 straight hours (what an average wedding lasts in Chile). Now imagine a flash on top. And another 6D + 85mm in your left shoulder. And batteries. And extra lenses.

A friend of mine had already sold me an X100s and I started to use it for family photos and some minor press gigs. It felt complicated and slow. But then it allowed me to move around the city in my bike, so I liked how free I felt with it. After a while I thought about using it for weddings… but It felt lacking muscle and speed compared to my Canon 6D.

After a while I reviewed a few cameras. I especially enjoyed the writings of Kevin Mullins about Fuji. A couple of days later I went to Mariano´s house. He patiently showed me his collection of Fujis and how he used them for weddings. He encouraged me to make the jump and I will never forget how kind and thorough he was that afternoon.

My daughter was born the 1st of May 2015. We called her “Esperanza” which is spanish for “hope”. I was not allowed to use one of my huge 6D´s in the OR, but instead they allowed my small Fuji X100s. And as I saw her for the first time I took her first photo.

We went home from the hospital and I thought about being a dad, about my photos, about my job. Can a man be the same after becoming a dad? Can you take the same photos the next day? How do you see the change?

So I made my mind. I went all Fuji. Mostly for my arm, and the chance of losing an entire season of hired (and some of them paid in full) weddings. But also because I wanted my personal change to be reflected on my photos. I wanted to look back and see a different style as I became a dad.

Immediately tried the low light performance of the AF (the Achilles heel of the Fuji’s) and I remember thinking: “I just made a huge mistake”.

So, there I was with a brand new camera that could not properly focus in low light. Or so I thought.

I was obsessed in to make it work. I practiced and practiced. And a week before my first supposedly full Fuji wedding, the 4.0 (firmware) update came out. It improved things a lot. I just needed a low light environment with a lot of movement to test the new AF. So enters dance. I went to a lot of dance lessons and rehearsals just to get that AF right. It lead to a whole different project, but we are getting ahead of ourselves.

I kind of made it work. Not as snappy as my Canon’s AF but I believed that having 8 year’s experience as a wedding photographer would definitely help.

I was wrong. Nothing can prepare you for your first full Fuji wedding.

First we started the preparation at the bride´s house. The X100s became my weapon of choice. Small, silent, and harmless looking, allowed me to get really close without distracting anyone. Enter the candid photos. 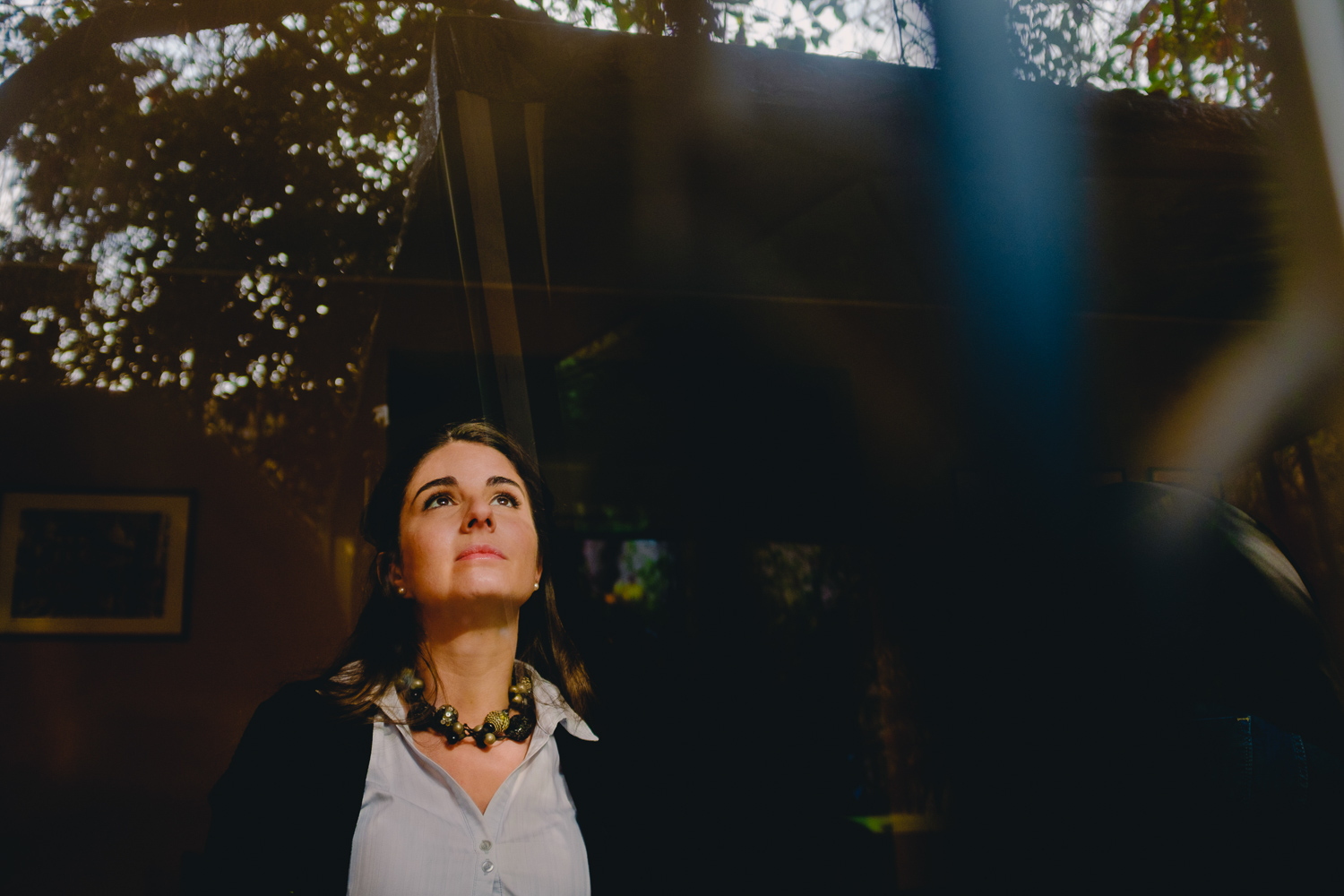 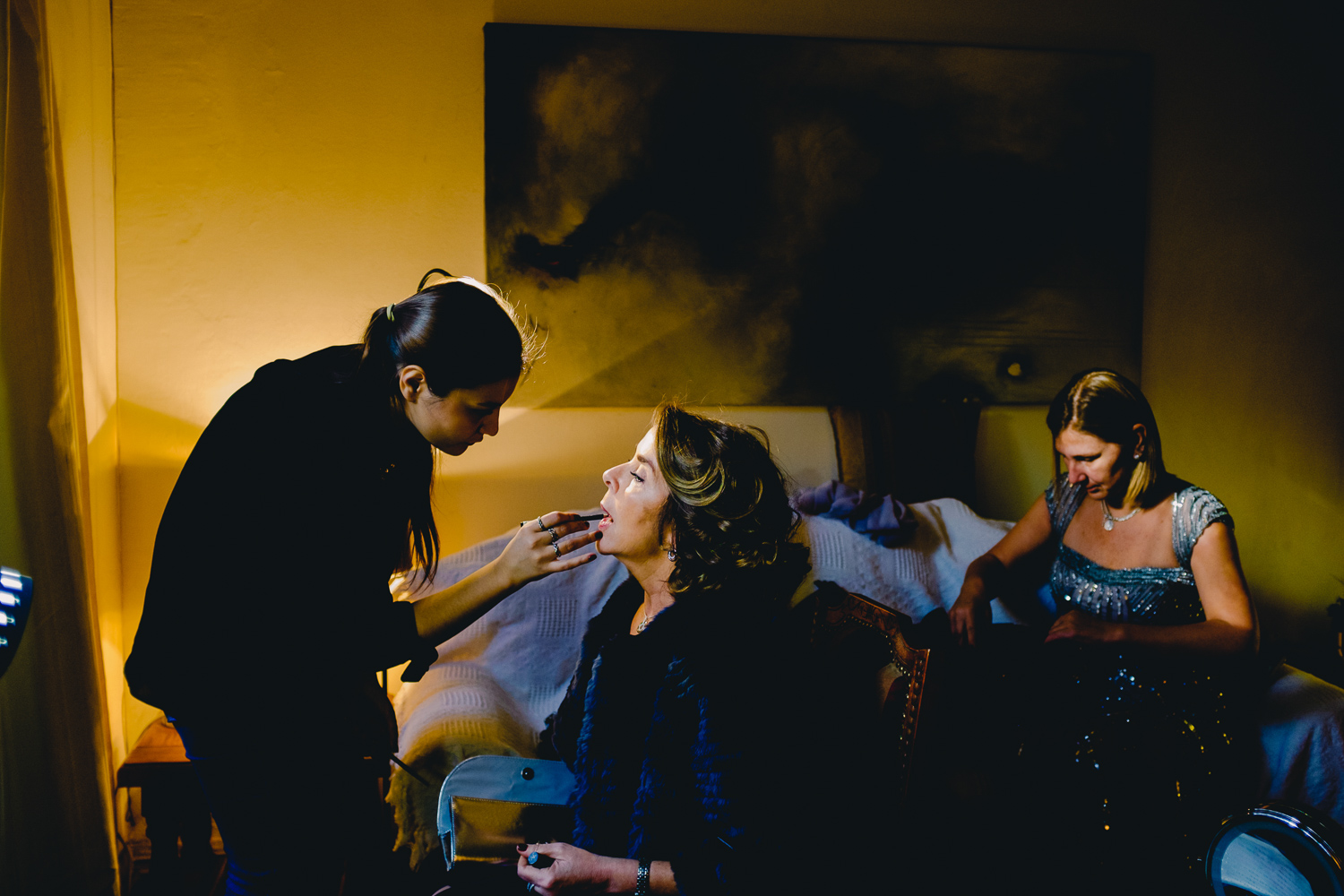 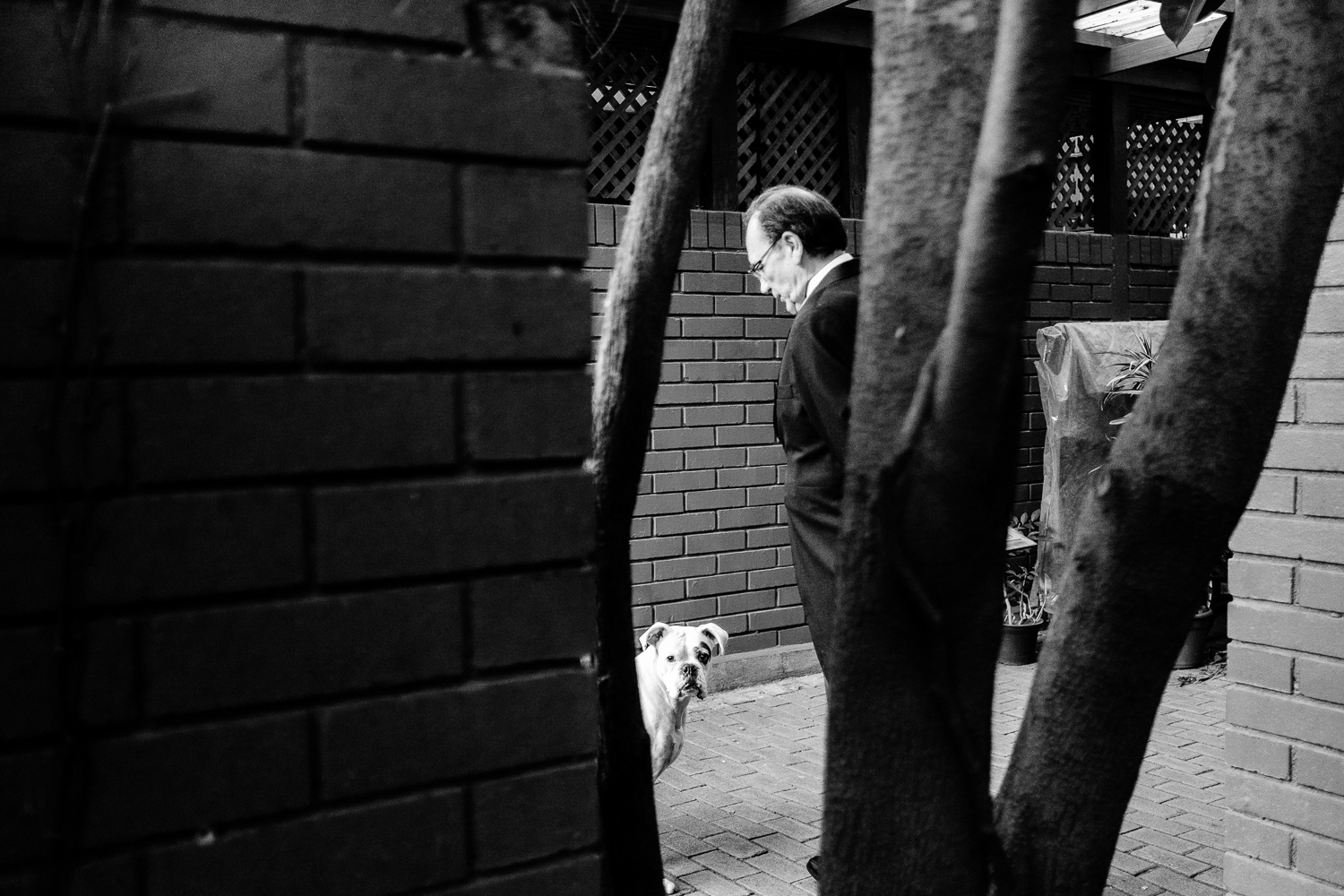 As we went to the ceremony (night) out came the X-T1. It performed flawlessly. Silent, fast. I only missed my ISO 12800 of the Canons. But otherwise just fine. It focused properly on the way out of the ceremony. 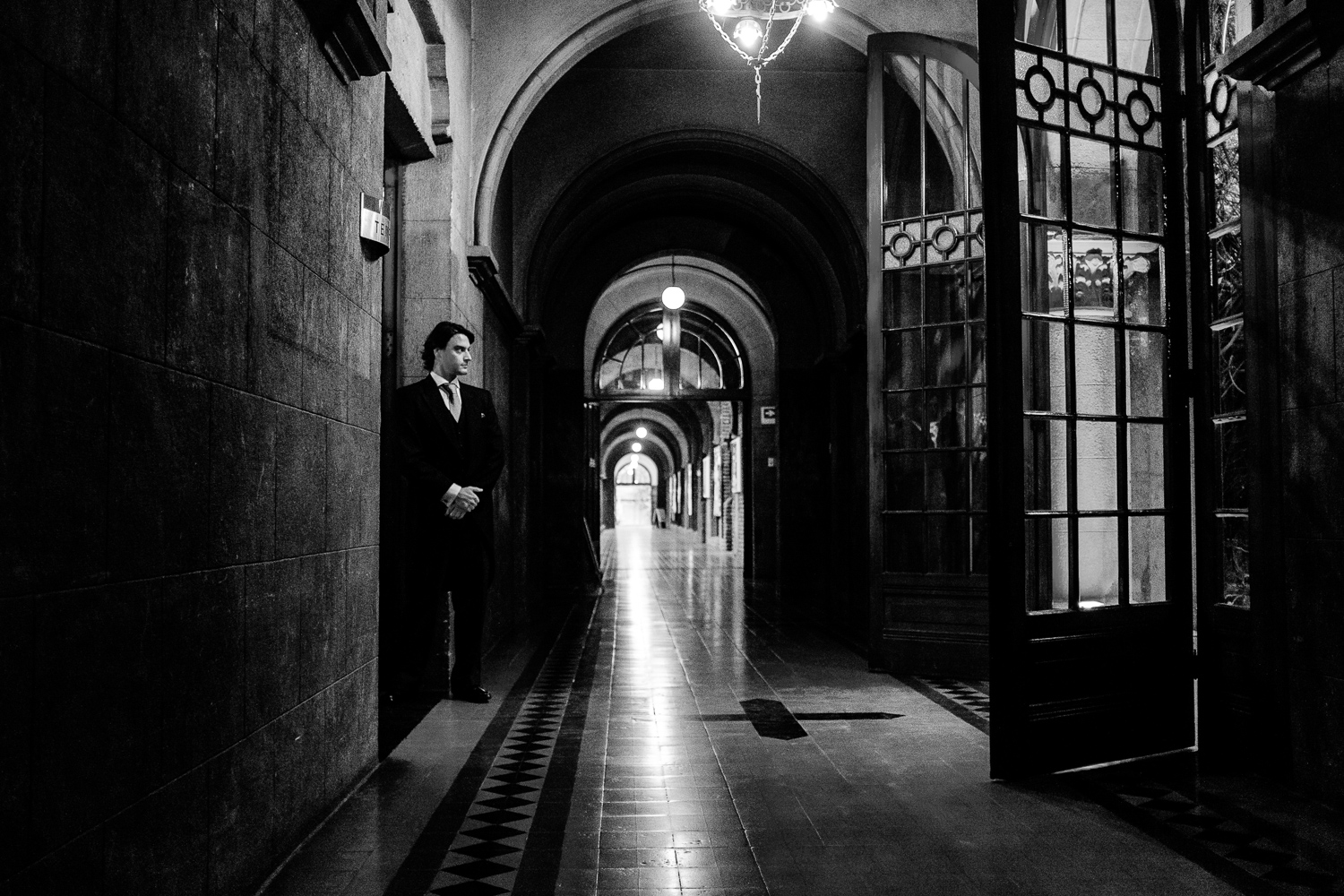 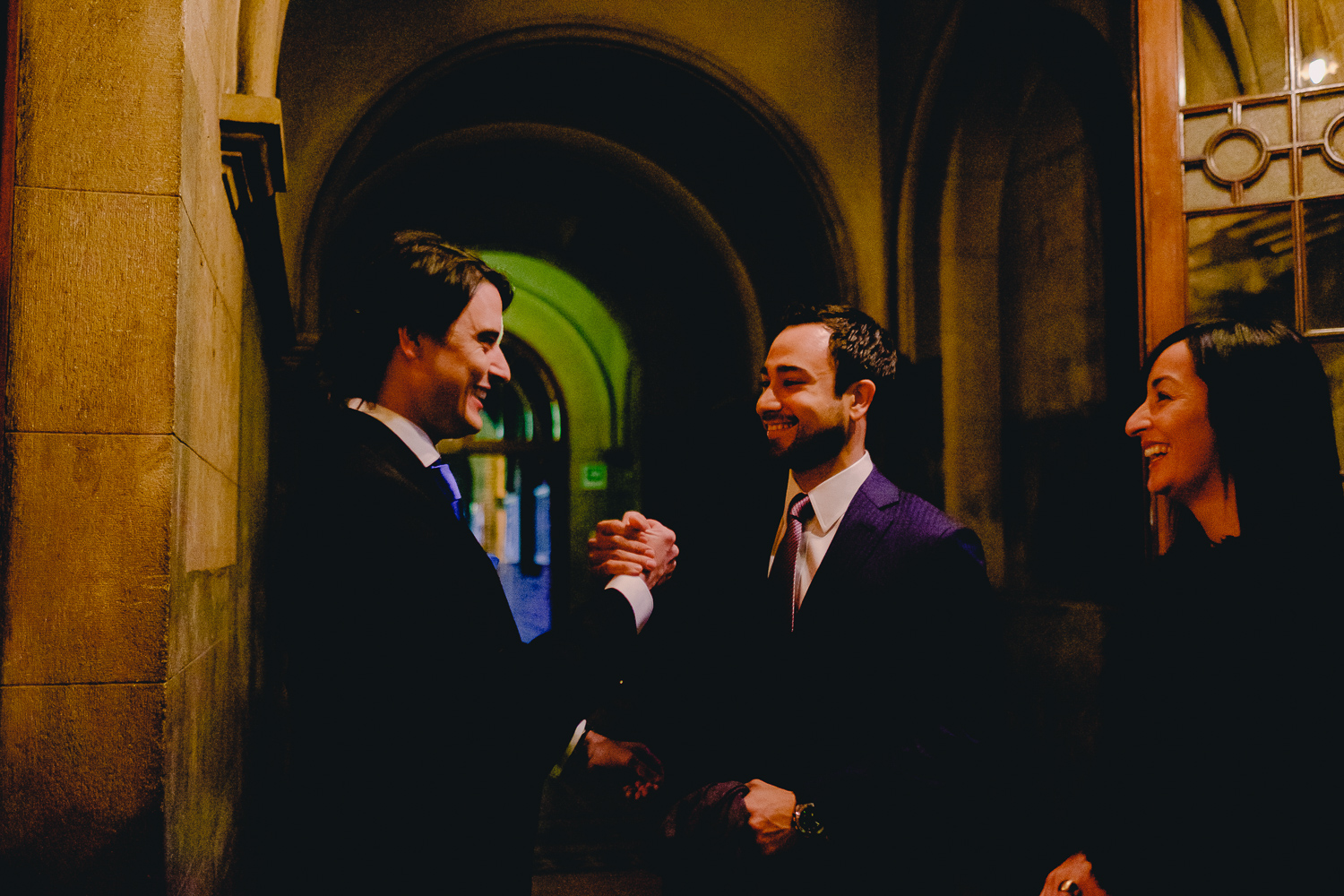 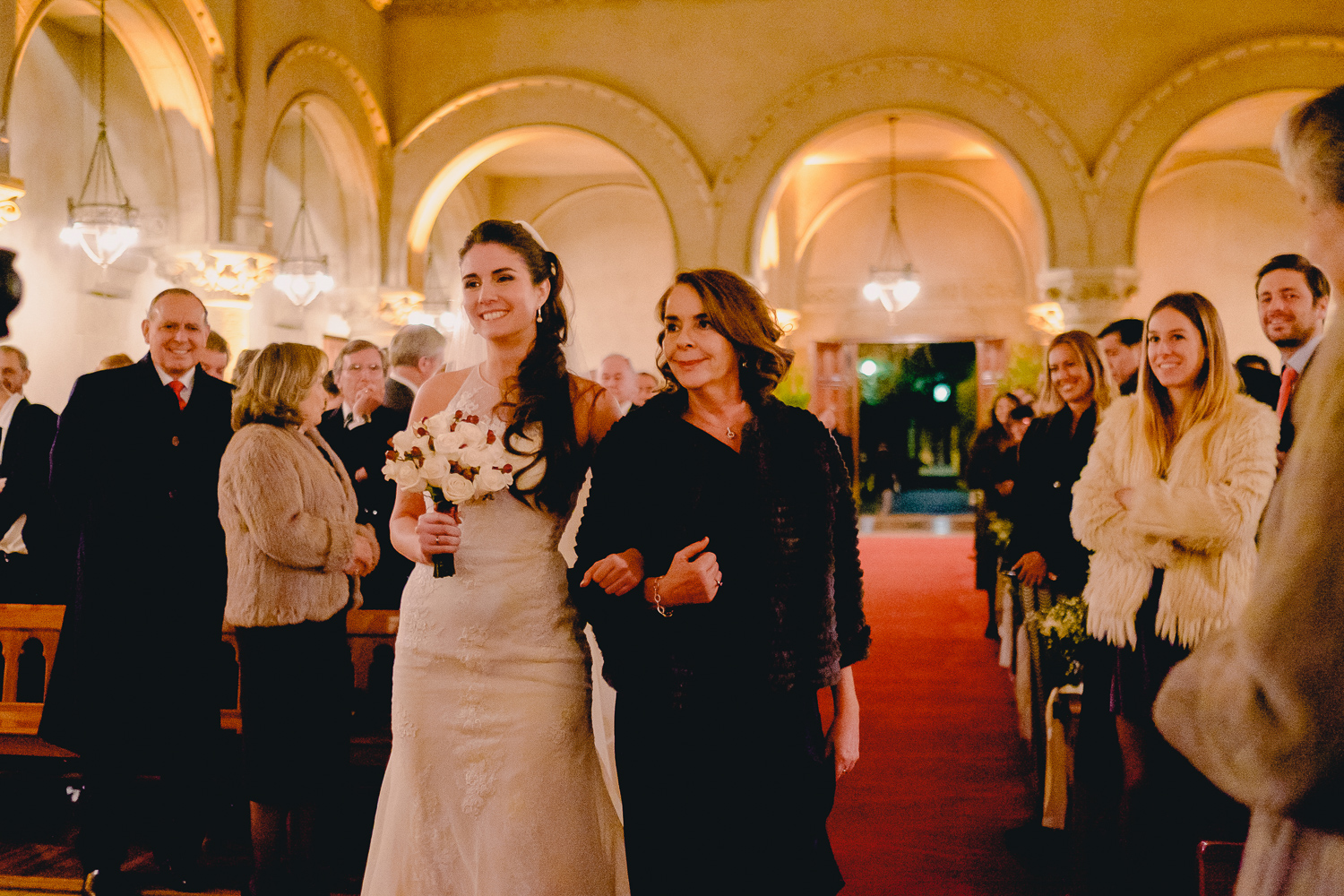 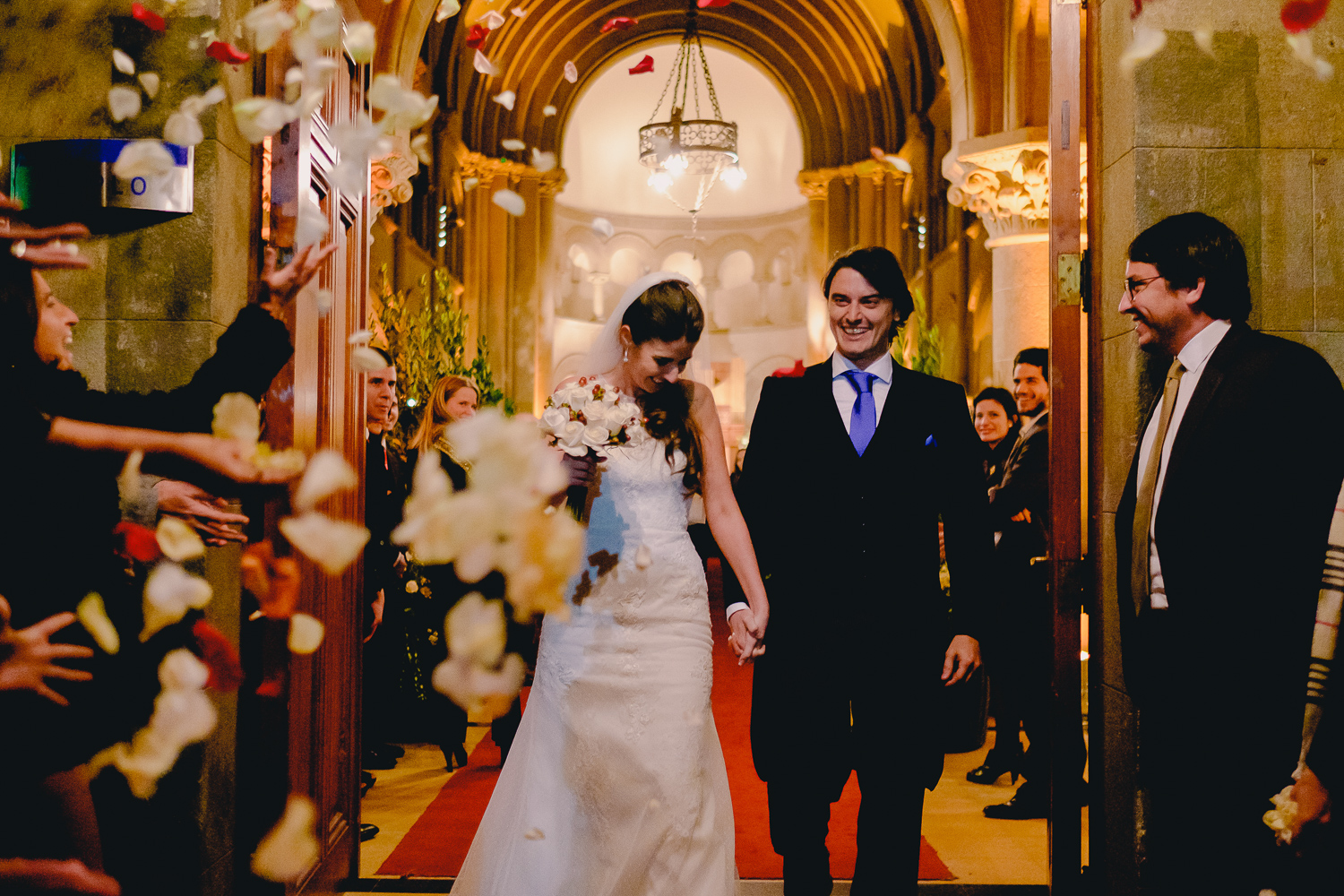 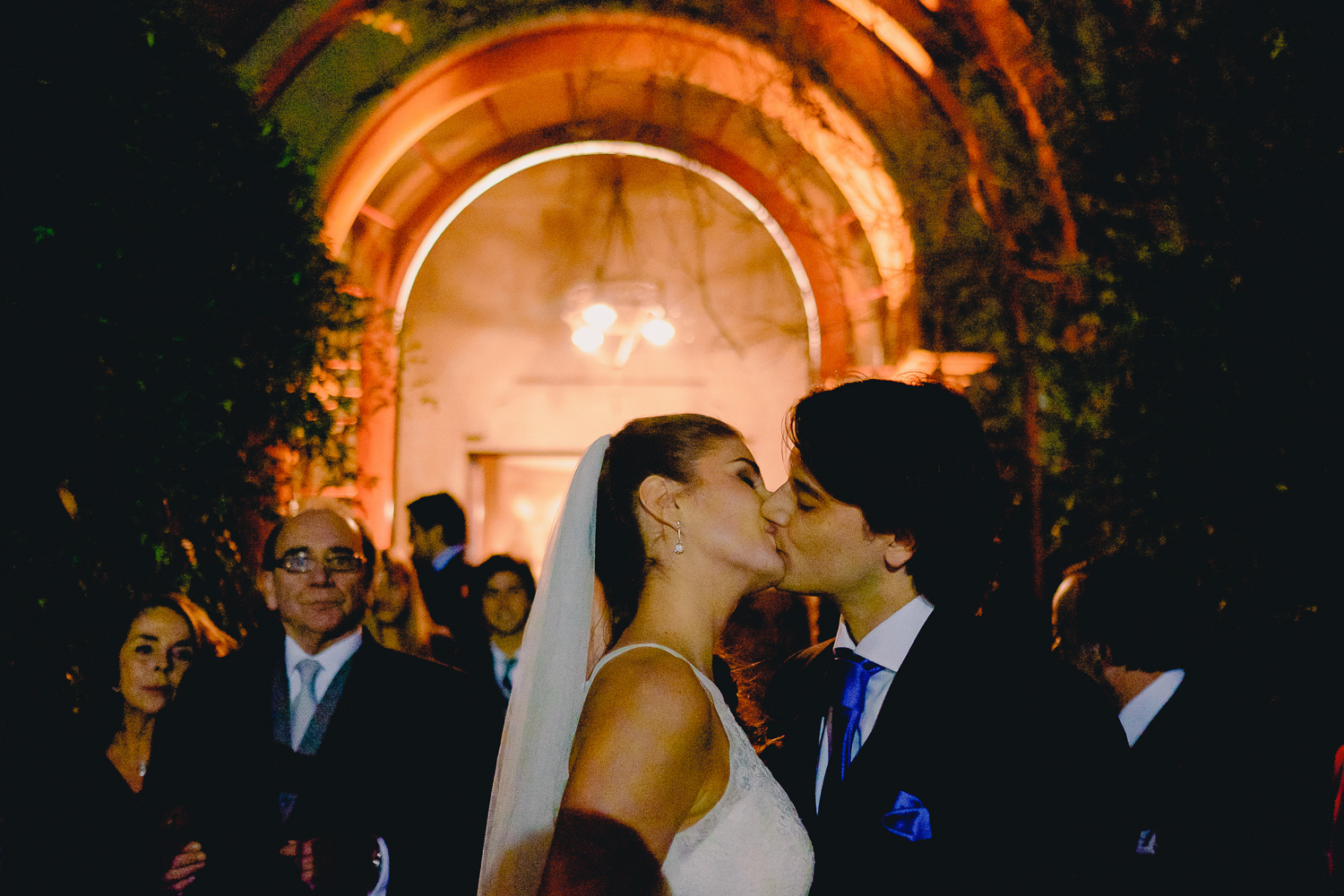 We did some photos around the venue, and again, no problem. 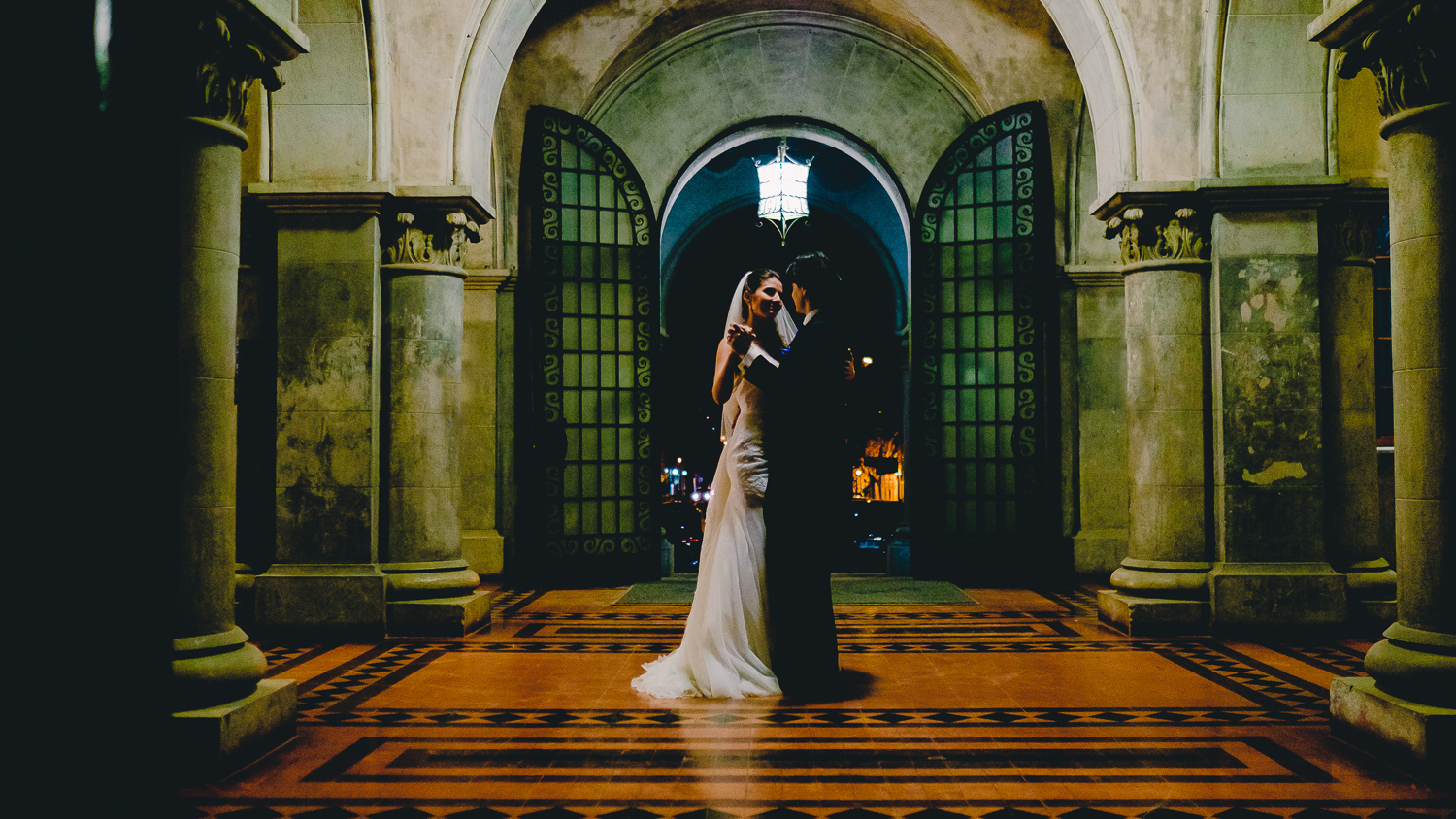 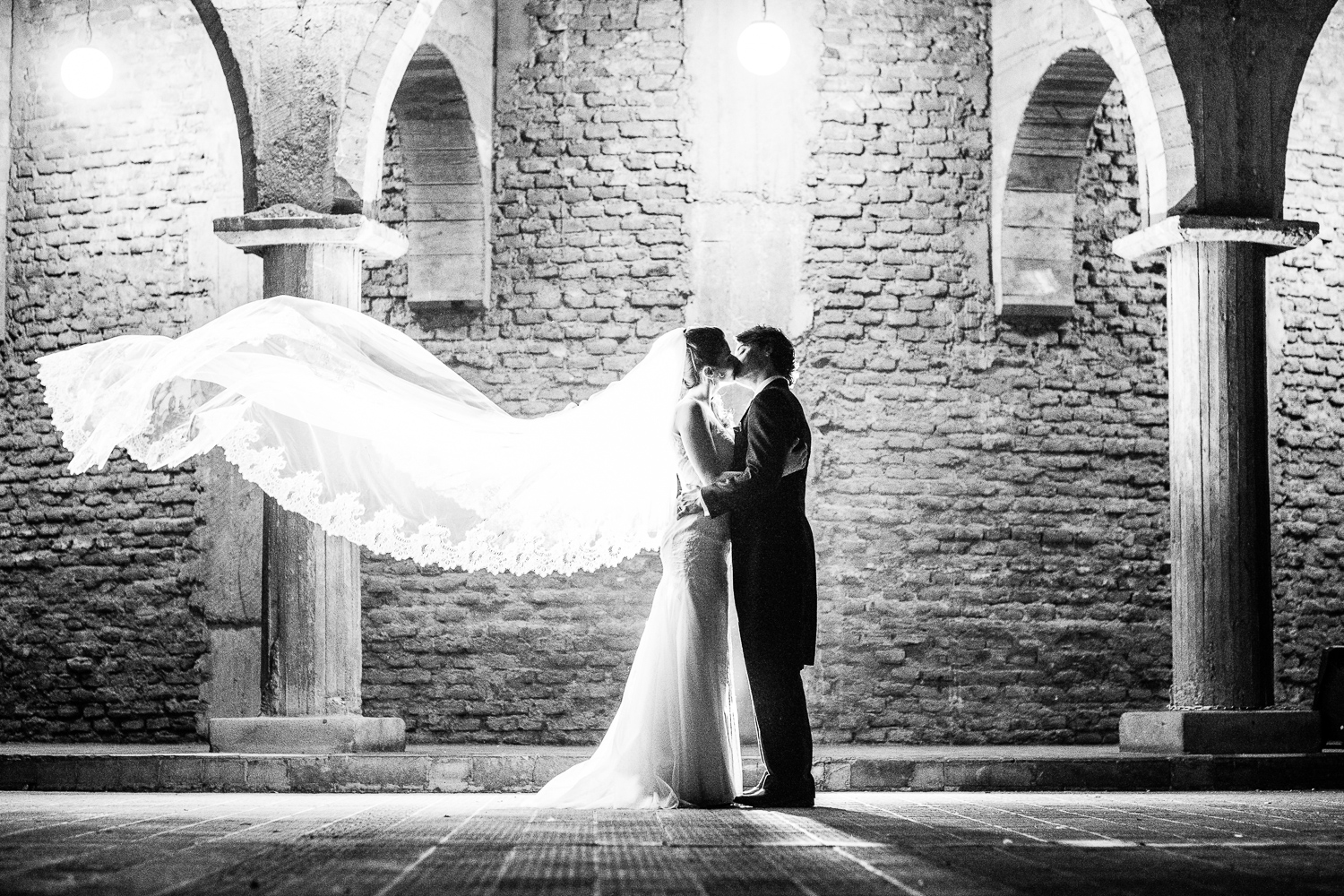 But I had 2 challenges ahead of me: the first dance and the party. The dance worried me the most because there were small lights in the background and I will only have 1 minute for shoots of the couple before they switch partners. 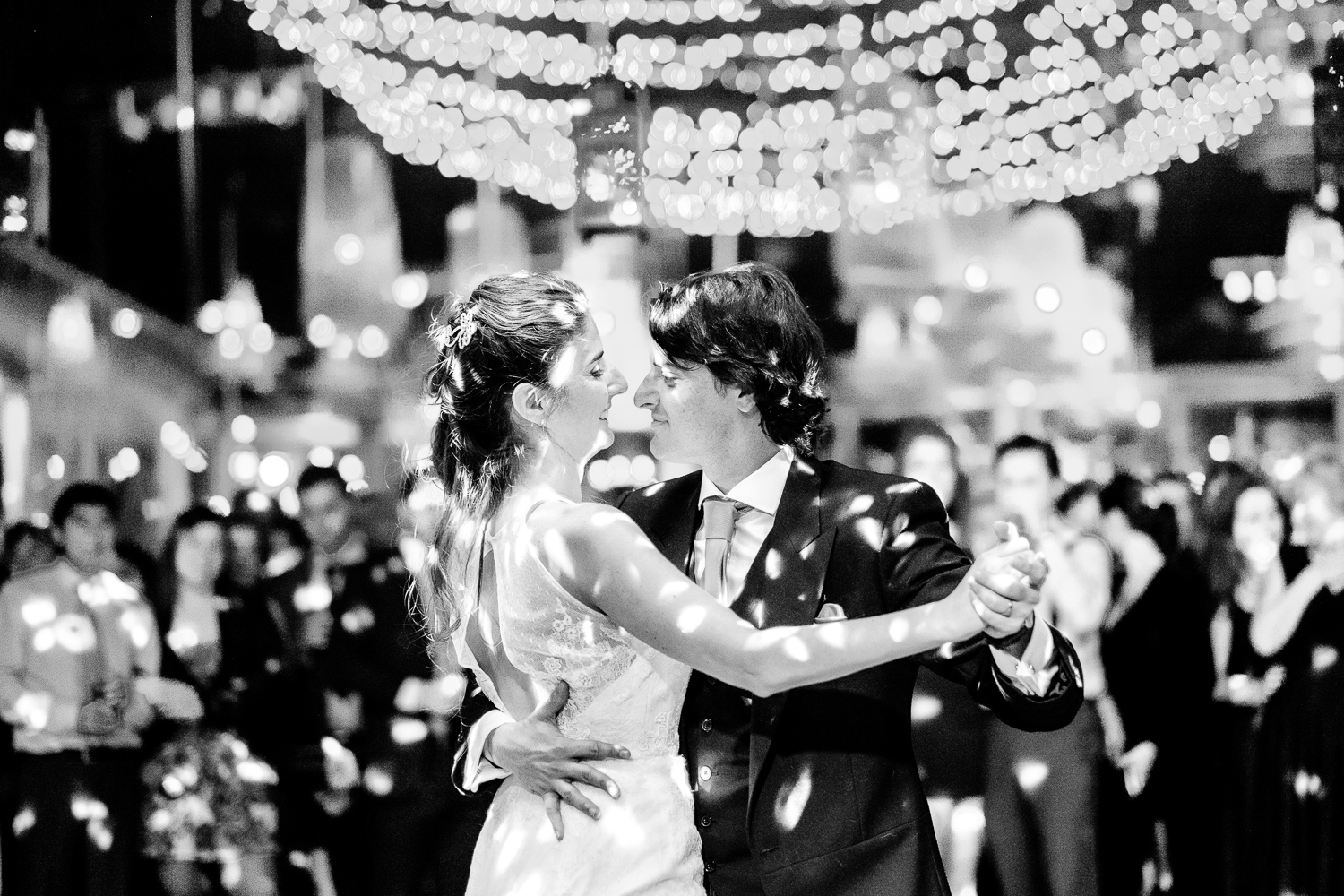 And so the party began. And It became a nightmare as I couldn’t get any photo on focus. Tried everything. AF-C, AF-S, zone, wide, single…

Nothing. Just the X-T1 and the 23mm struggling back and forth, back and forth and really nice photos just happening before me, went missing.

So in an Obi-wan Kenobi way, I remembered something Mariano told me: lock distance to 2 meters and use your movement to get the shots on focus. The photographic version of “use the force” in my head. 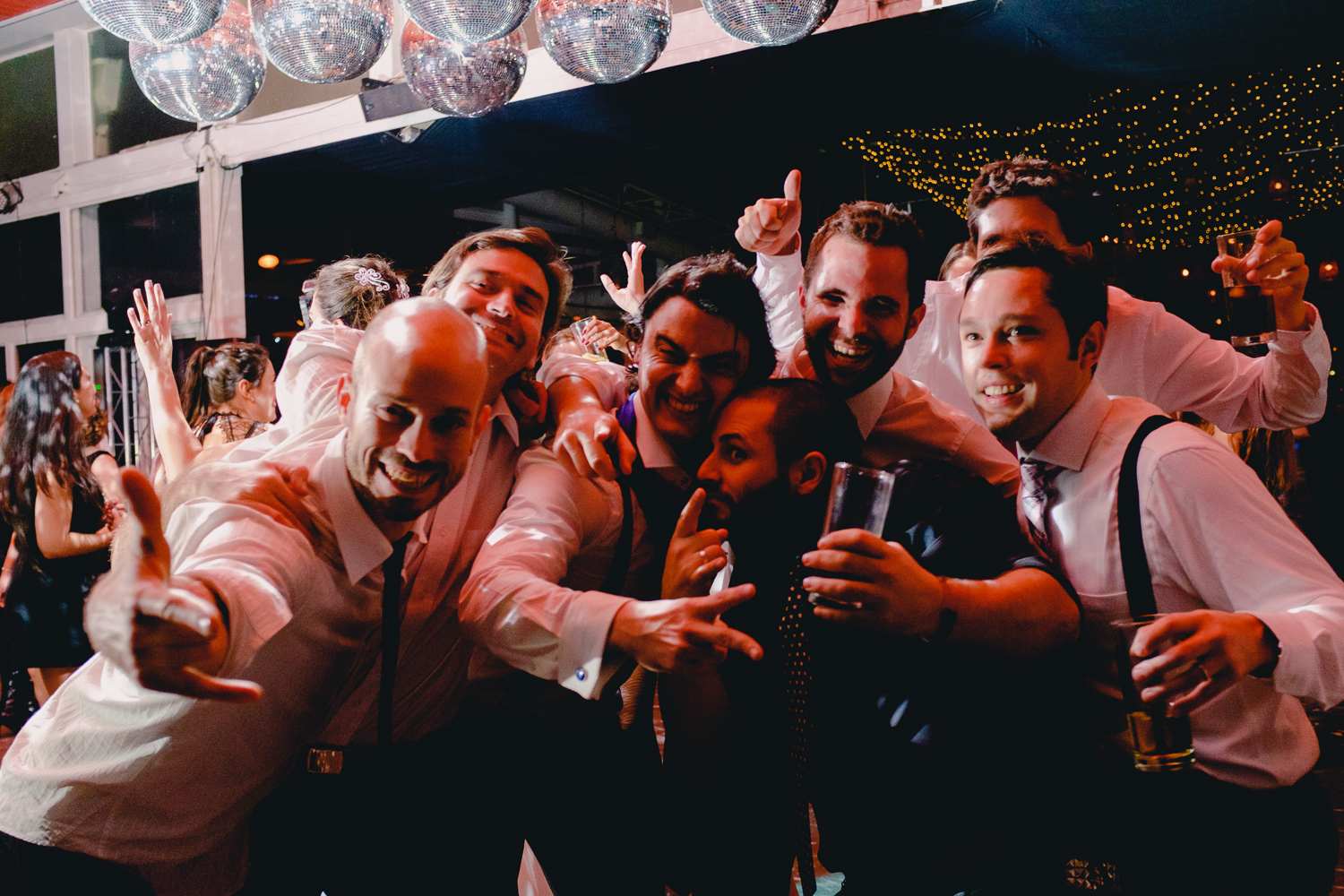 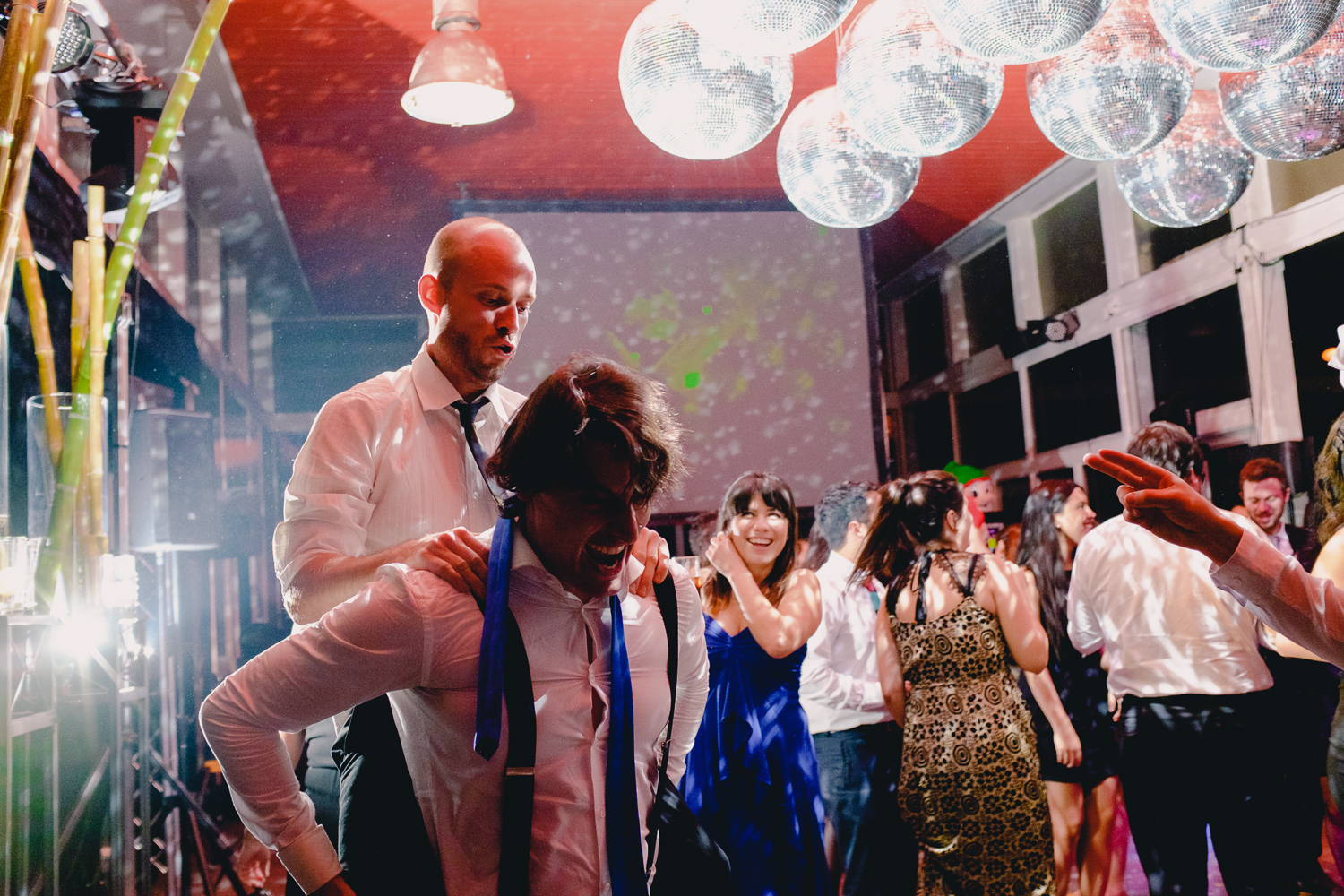 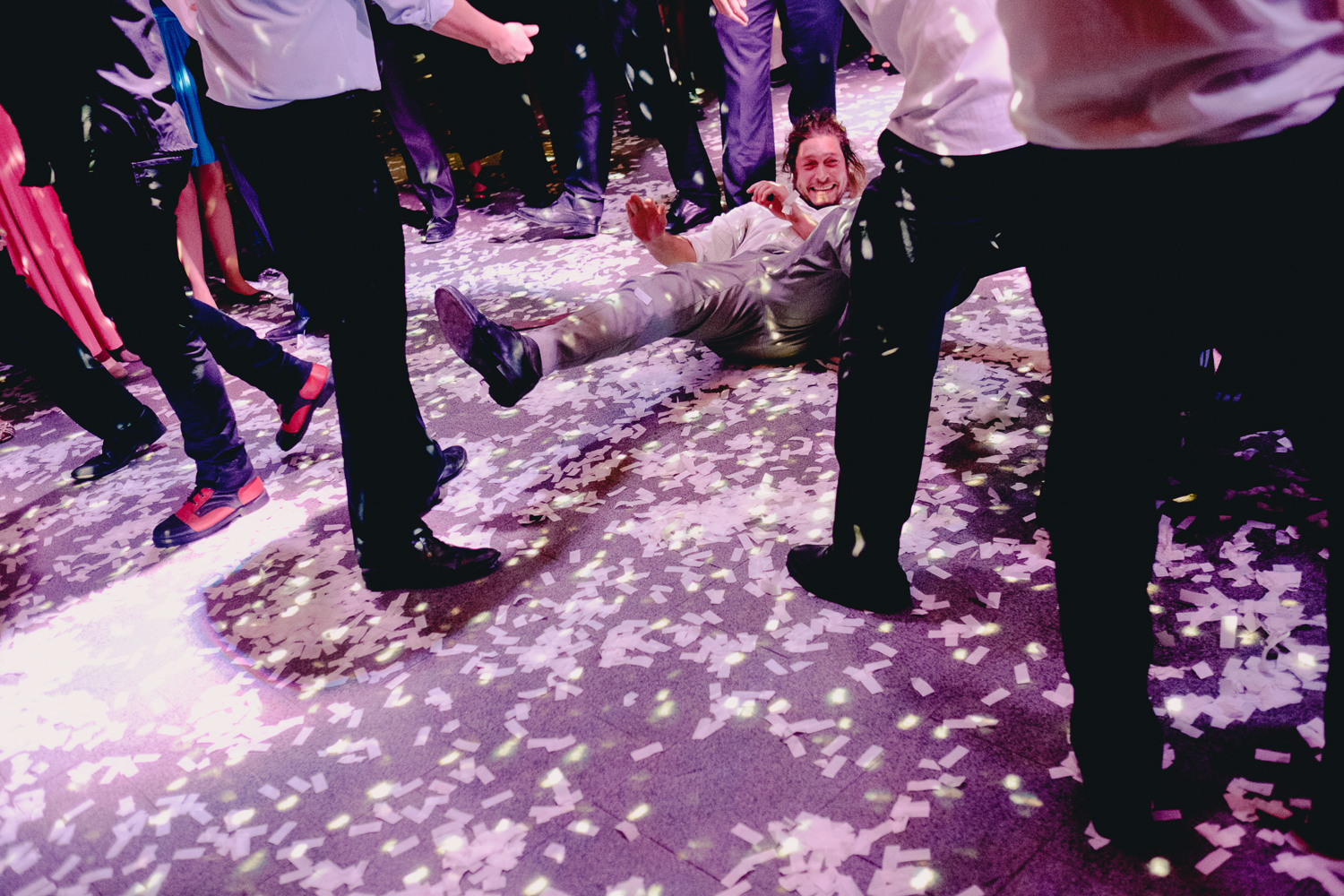 Nailed it! OH god, I Got it! So I quickly set up an OCF to maximum power and took photos with X100s most the party.
Must say, it performed flawlessly. It felt as I had an instant focus camera. Even some guests were surprised how fast I was at making photos group photos (because I didn’t lose time focusing).

At the end of the night, I went home with a broad smile. Also, no pain in the arm.

As I edited the wedding, I used my old Canon presets. The colors were good, but not that good. Halfway the edit, I said “F@@it” and I went all Velvia on the thing. The results amazed me. I was in love. And everything changed.

So far I’ve done some 30+ weddings with my Fujis and I couldn’t be happier. The EVF, the colors, the size and weight are the best features. On December I did my first all JPG wedding. It was a breeze to edit. I always keep the raws, but it’s just a precaution. Now I own a X-Pro2 + X-T1 + 56mm+ 23mm + 16mm. My favorite camera for party photos is still the X100s though. I don’t think it’s complicated or slow anymore. I realized that when you rely too much on technology, it keeps you from innovating. With the Fujis, any shortcoming has to be solved on the spot by the photographer. It keeps you on your toes and forces you to anticipate every moment.

That first wedding, the canon stayed on the bag not because of the Fujis being a better camera. It is because Fuji is a different camera and helps you get different photos with a different technique.
My advice: use the camera that makes sense to you. I have already made my choice.

And I’m still in love.

Fernando Ramírez is a 34 year old Photographer from Chile. He has been doing weddings and attending workshops since 2008. His favorite one was with Nordica Photography on 2013. He has also worked for several media outlets, including CNN, Channel 4 News and the Chilean Government ( CORFO).
Recently he expanded his coverage area as he partnered with a Tennessee wedding photographer in order to cover weddings all over East USA.
Besides wedding and press, he is preparing his third solo exhibition about ballet pictures. He wishes to become a “X photographer” someday.

presence.photo/
Stories from Mexico City with Fuji X-Pro1 and 35mm I believe I can fly – Fuji X-T2 and Motocross