Almost a year ago I did a review of the Fujifilm 35mm f2, and this is what I wrote there:

In fact, as I’ve written in an older post, Fuji ought to continue this trend with the smaller lenses. The 23mm f/2 is on the cards, it seems. Why not see a 16mm f/2 or even a 56mm f/2 in the road-map? Smaller, WR lenses, that sacrifice a stop of light but not optical or use performance. And if the 56mm f/2 seems an odd choice, consider historical examples, such as Zeiss, which had f/1.4 as well as f/2.8 lenses at 85mm. The slower lens was always better edge to edge, smaller and lighter. Ultra shallow DoF is not the only requirement from a high-end optic.

I’m happy that Fujifilm continued to invest on the “small lenses” product line and I’m even more satisfied that they chose to release a 50mm and not a 56mm lens. I had the 50mm f2 for a hands-on test and here is a real-world user review.

First of all, allow me to comment on a number of negative online comments for this lens, from people who didn’t even have the chance to get it in their hands. The “argument” was that this would be a useless addition to the Fuji-X line, the 75mm “equivalent” focal length being “uncommon” and “uninspiring”.

Let me think for a moment for a word defining these kinds of “arguments”… ehmmm… ah! yes: Bullshit.

First of all, what is it with the “established” focal lengths? From a technical standpoint everyone knowing a thing or two about lenses, already knows that stated and actual focal length are sometimes off, but let’s disregard this. In the history of Photography, there have been (in 135 format terms) 85mm, 90mm, 100mm and 105mm lenses. Not to mention 50mm, 55mm and 58mm. Why are these focal lengths “kosher” and 75mm isn’t? 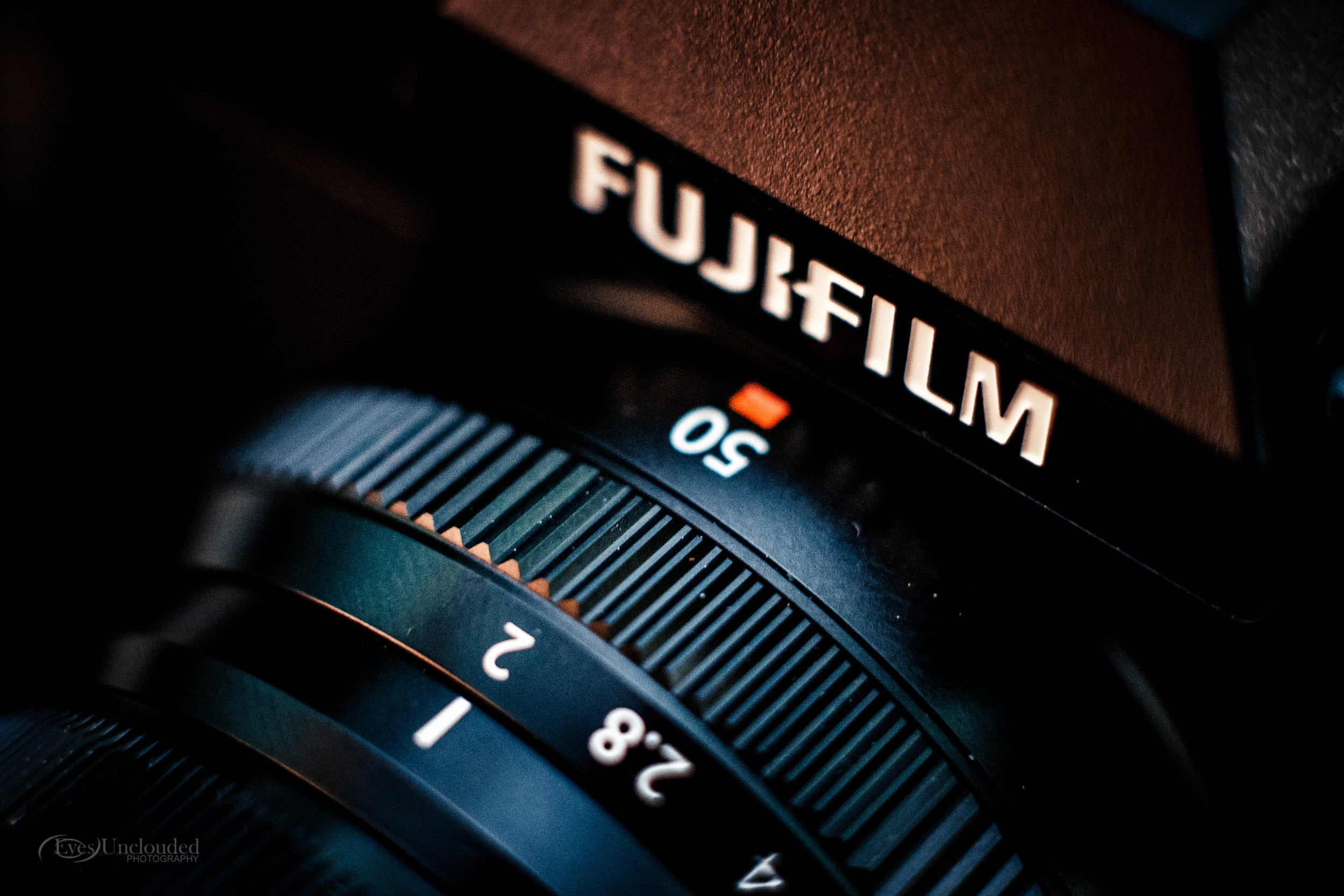 Also, 75mm lenses have already been released, for rangefinder cameras, from Leica and Voigtlander. In fact, a number of rangefinders have 75mm frame-lines. And, finally, give me a break: people have been shooting 50mm on APS-C for ages. We can safely ignore this kind of reasoning: 50mm on an APS-C camera is a totally “valid” focal length.

OK, now that we got that out of the way, let’s concentrate on the lens itself. The first surprise is how tiny it looks! It is a tad taller than the 35mm f2 but also a bit slimmer. It’s also light but feels –like all Fujinon lenses- well built and solid.

On every modern Fuji-X camera, the 50mm looks and feels like a perfect fit, but it is especially fitting for the smaller ones. I used it on the X-Pro2 and X-T2 but it felt it was made with the X-T20 in mind. And this is true for the other two f2 lenses also; they also give the X-Pro2 a “vintage rangefinder” look that many people will particularly like. 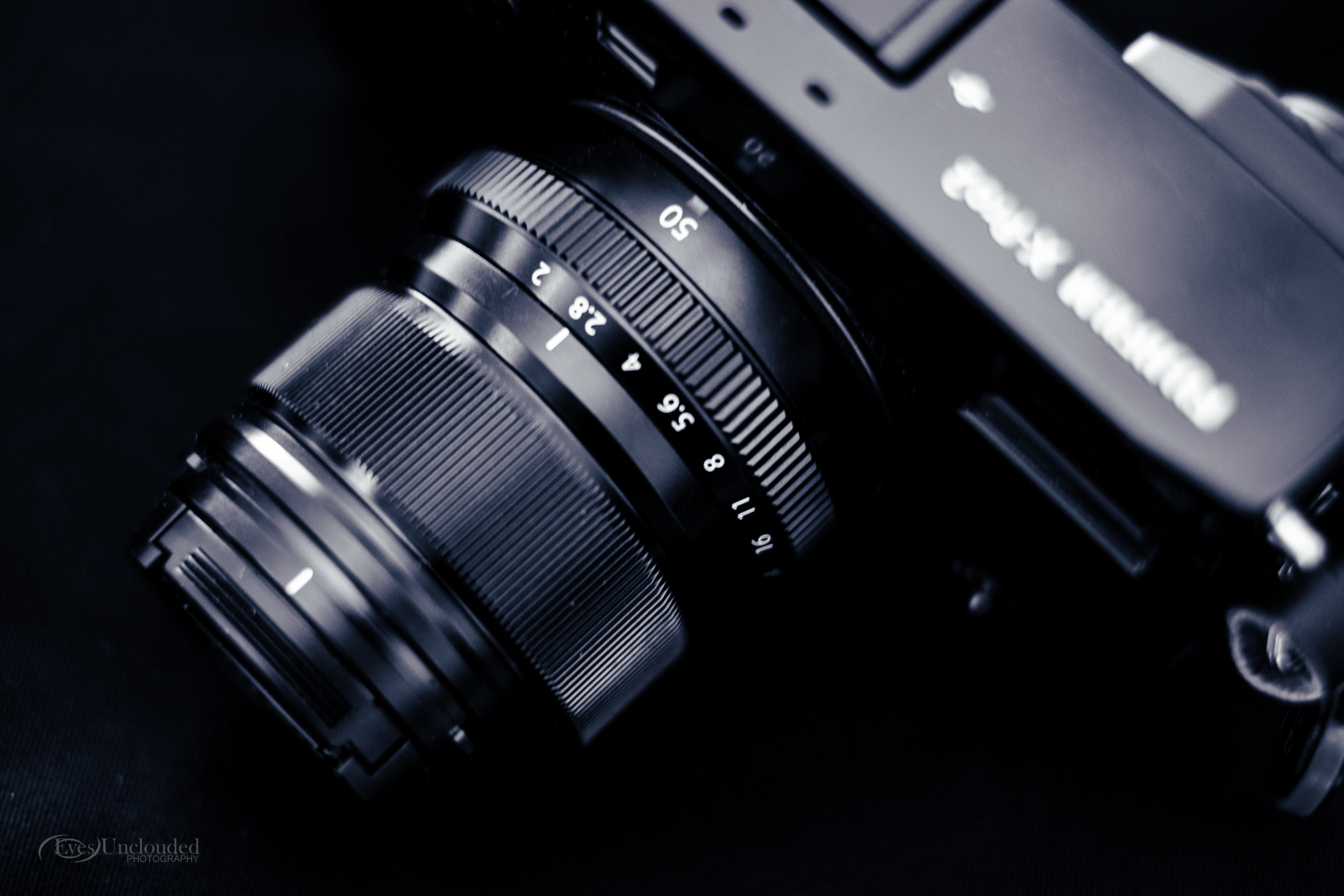 Although look and feel is important, performance and optical quality is what we are asking of our lenses. In regards to the AF speed, I can guarantee everyone will be more than pleased. The lens is super fast and accurate, under all conditions I’ve tested it. All these “small f2” lenses utilize the latest AF drives and they are a perfect fit with the X-Trans III cameras and their improved AF system.

Moving on to the IQ department, let me note a couple of things. First of all, there is no “bad”, not even less than “good” Fujinon lens, and all system users know that perfectly well. But they also happen to have a different IQ character. All three f2 lenses are optimized for top performance even wide open and have a more punchy look in regards to contrast and color. Which is something I very much like myself.

Sharpness is really great even from f2; only the corners seem a bit soft but this is no real problem and is–of course- to be expected. By f3.5-f4 the image becomes tack-sharp edge to edge and it remains so (actually improving a bit) until diffraction enters the game, close to f11 or so.

I have noticed almost no distortion at all and chromatic aberrations were practically absent. In fact, I was surprised to read that a review site found CAs in some cases, but I then understood they were talking about laboratory conditions. In the real world, there is no problem, and in the rare case there is one, post processing can fix it easily. In fact, I tried the lens against strong light sources and there were no CAs to be found. The test revealed that it also works great in such conditions, losing only very little contrast and retaining detail. 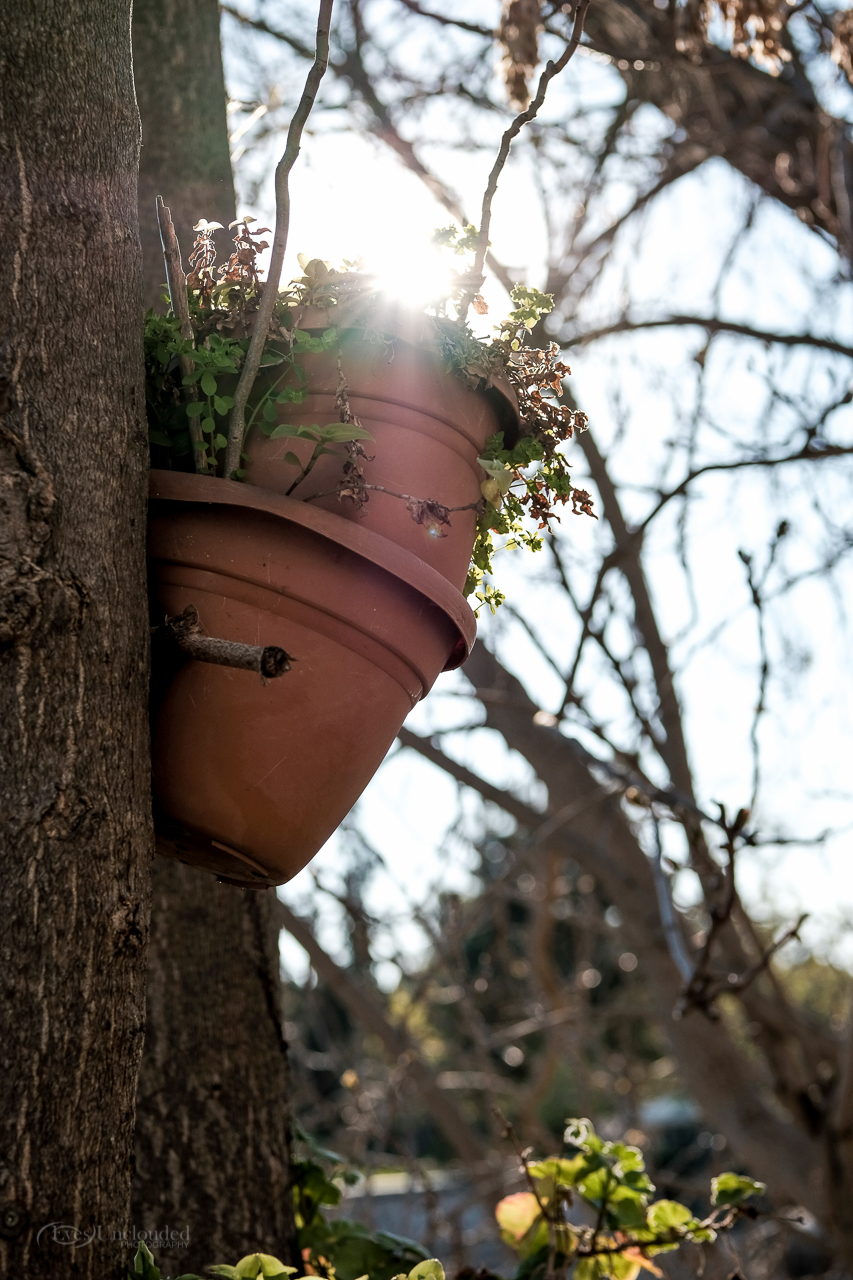 We already spoke of contrast and colors. This is the reason most people will love this lens, especially if they shoot JPEGs. Coupled with the great AF performance, this lens is “satisfaction guaranteed” straight out of the box. This is a simple little lens that offers a “problem free” approach which is almost liberating to the photographer.

Finally, bokeh: in a word, it is excellent. Some people may be skeptic about the f2 max aperture, but the lens focuses quite close and, depending on conditions, you can throw the background out of focus easily. When you do, the bokeh is ultra-smooth and never busy. 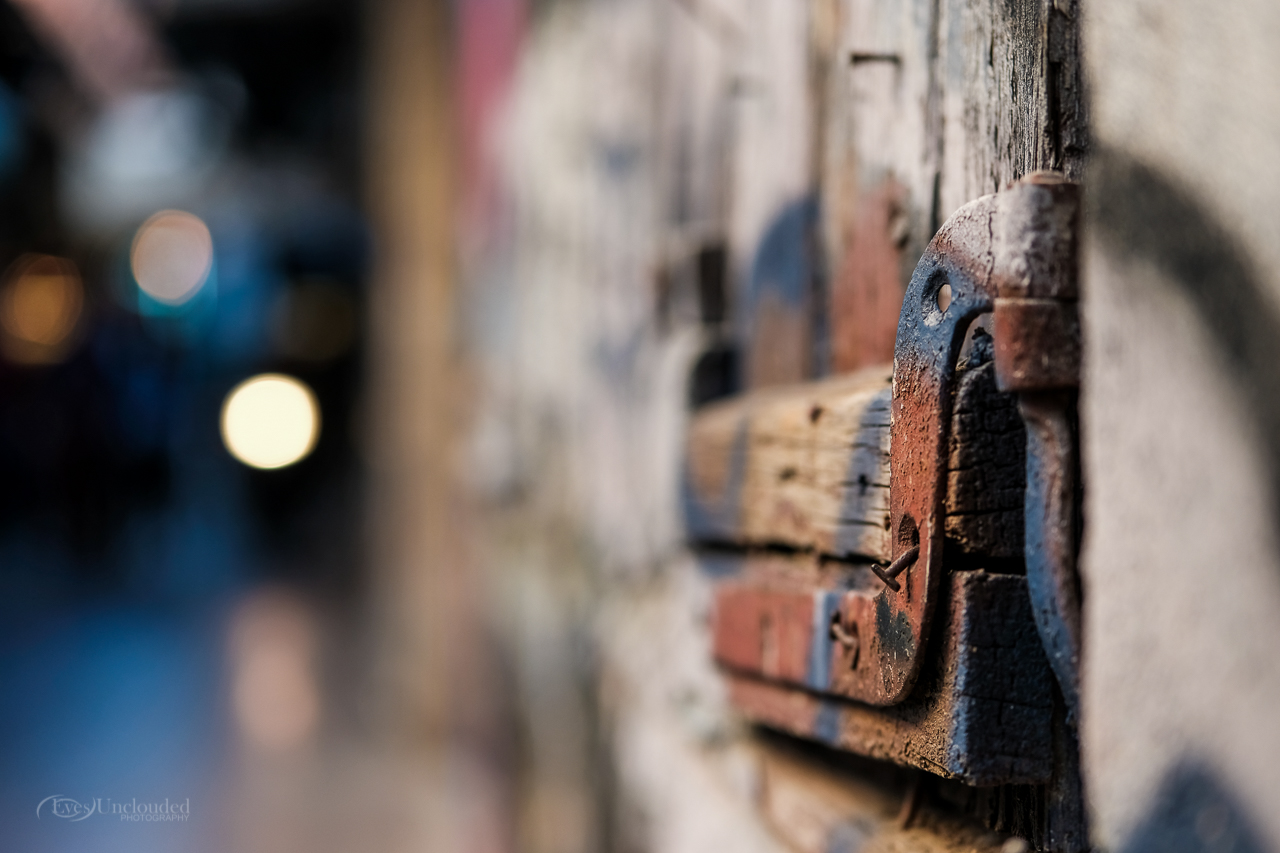 Thus far you can easily gather that the lens comes very highly recommended. But are there any other options, both within and outside the Fuji-X eco-system?

In a nutshell, no. For what it is, the lens has no real competition. Let me explain.

If the focal length of a short telephoto lens is useful to you the only question that remains is what demands you have. For starters, if WR is a need, this is the only choice. The end.

Now if AF is a must, then we are talking only the X-System lenses, namely the 56mm f1.2, the 60mm f2.4 macro and the Zeiss Touit 50mm f2.8. I’m taking the two macros out of the equation because, although they are both excellent lenses, their character and performance are very different.

Fuji was clever enough to make this lens so that it doesn’t overlap with the 56mm. In fact I will state that the only thing common of the two is that they have “close” focal lengths. Their character is totally different; don’t make the mistake of trying to decide between them. The 50mm just represents a new option for people that only had the 56mm to choose for everything. In fact the 56mm is highly optimized for portrait photography, although it is also capable of anything, really. But the 50mm will be (quite) faster focusing, will have punchier colors and contrast and will be somewhat sharper at f2-f2.8. In other words, it does not excel in shallow DoF photography, but is an all around tool more than the 56mm. If you need the latter, you already know it (and have it in your bag). If you are trying to decide now, choose in relation to your true needs and style. 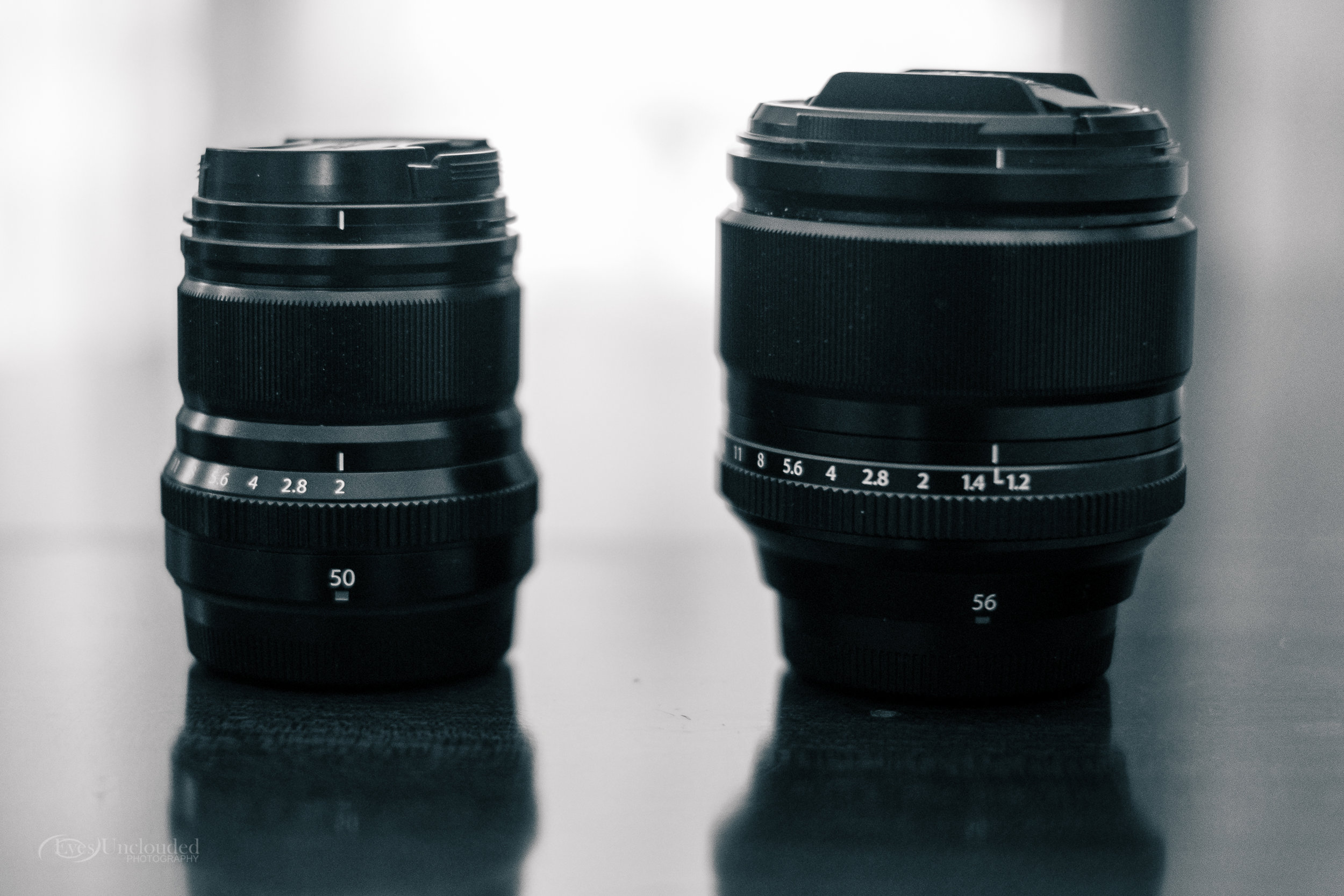 Another option –that is actually a common practice for many people- is adapting older manual lenses. Of course you lose AF, but what about the other parameters?

Well, you can have a look at this comparison between the 50mm f2 and a couple of adapted 50mm f1.8 lenses from Nikon and Olympus. 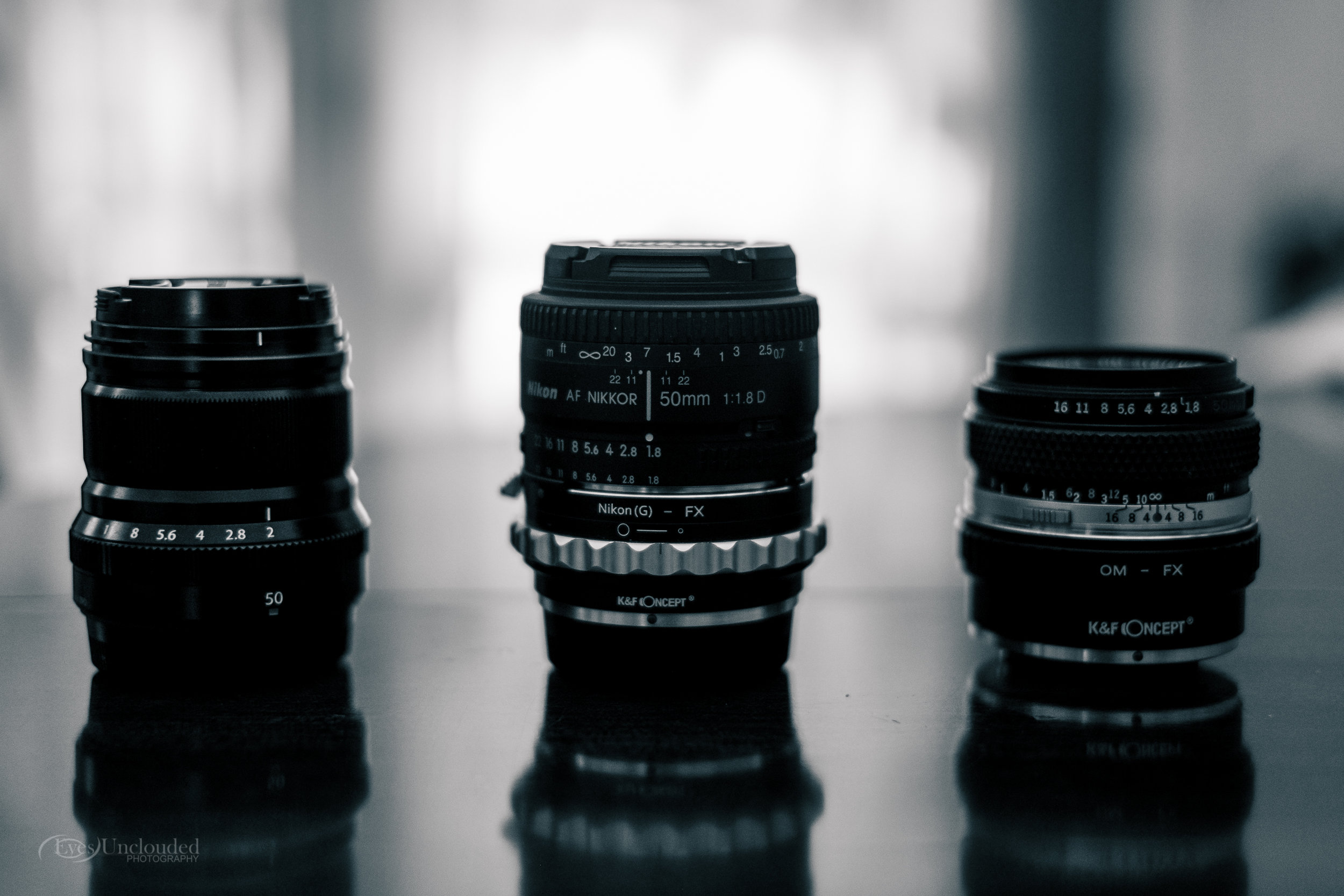 The needed adapter makes these lenses quite bulky in relation to the 50mm f2. In fact the photo favors the adapted lenses, since they are not focused to infinity (which adds a little length), while the 50mm f2 is internally focusing. And keep in mind I picked two of the smallest options here. As far as IQ is concerned, none of the usual 50mm vintage lenses can hold a candle to the Fuji, all the way to f5.6 or more. In other words, you can get one or more of these lenses (they are cheap as chips) but only to get a specific “character” in your images, not as a true option.

I’d say that, for a very few people, only some Leica, Zeiss or Voigtlander 50mm for lenses, for M-cameras, can be considered a real alternative. They are small, very nice optically and of top build quality. They also cost between twice and four times what the Fuji costs. This is also an option for true “connoisseurs” I’d say, not for the general population. 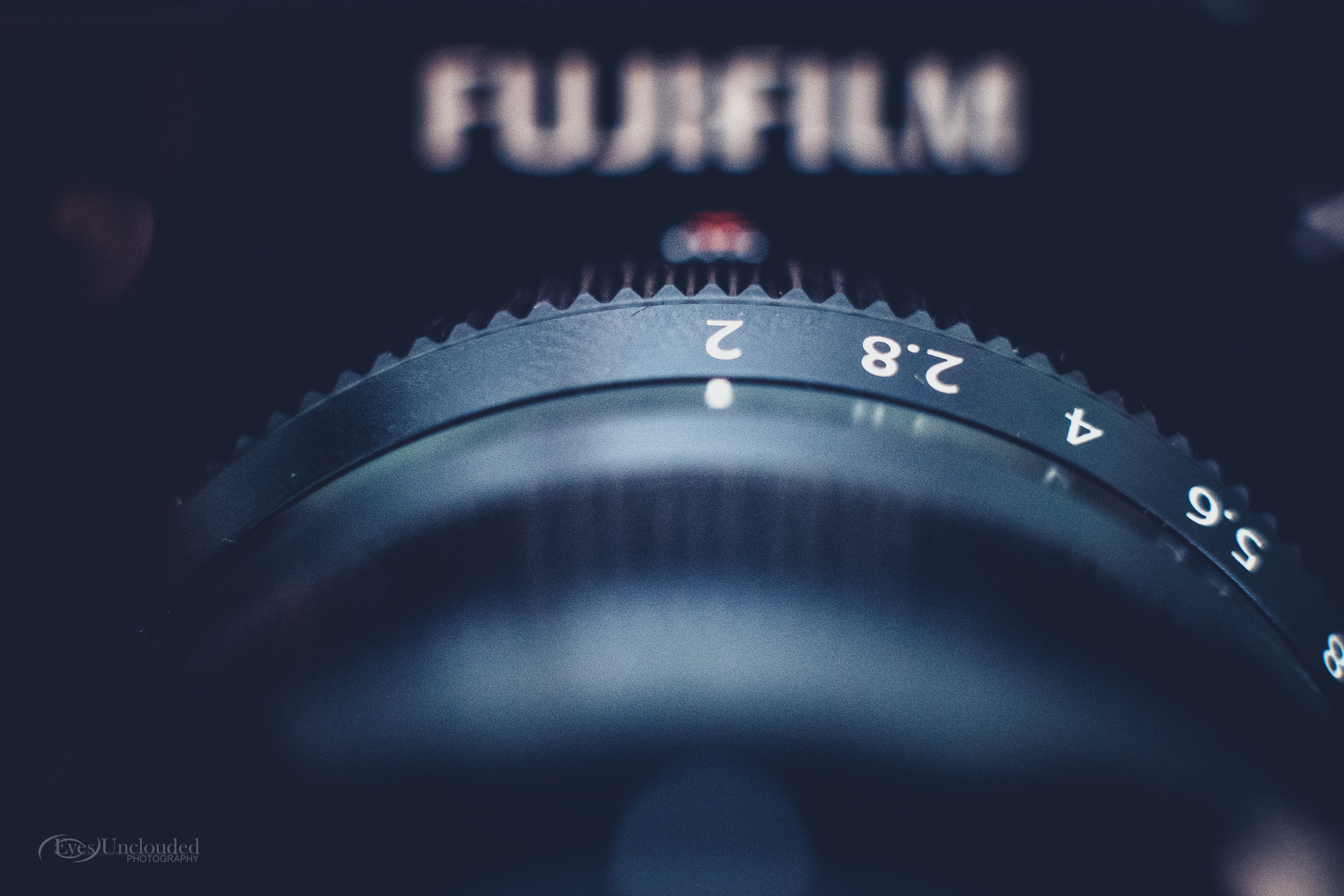 So there you have it. I have no more to say except that I returned the lens back to Fujifilm Hellas with a heavy heart. It is such a pleasant little lens that it’s almost impossible to not fall in love with it. It is a perfect lens for travel, street photography, any kind of general photography and ideal for smaller bodies. In fact I can find no application that is not fitted for this lens and the “very short telephoto” focal length will be more appropriate than you think in most cases. In short, definitely check this out and try to test it on your camera; something tells me it will become as much a success-story as the 35mm and 23mm before it.

Please find below a small gallery with some photos with this lens, fitted on the X-Pro2, X-T2 and X-T20. Enjoy! 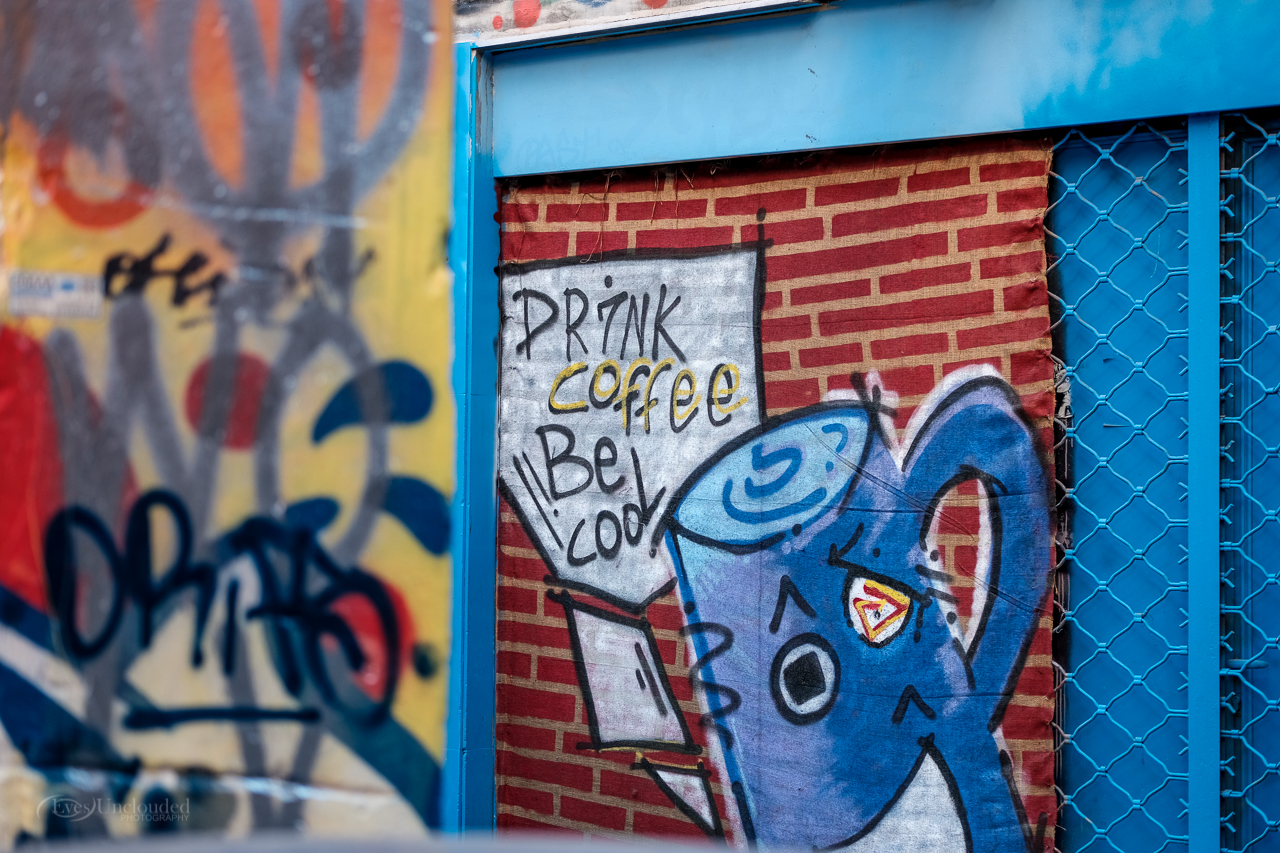 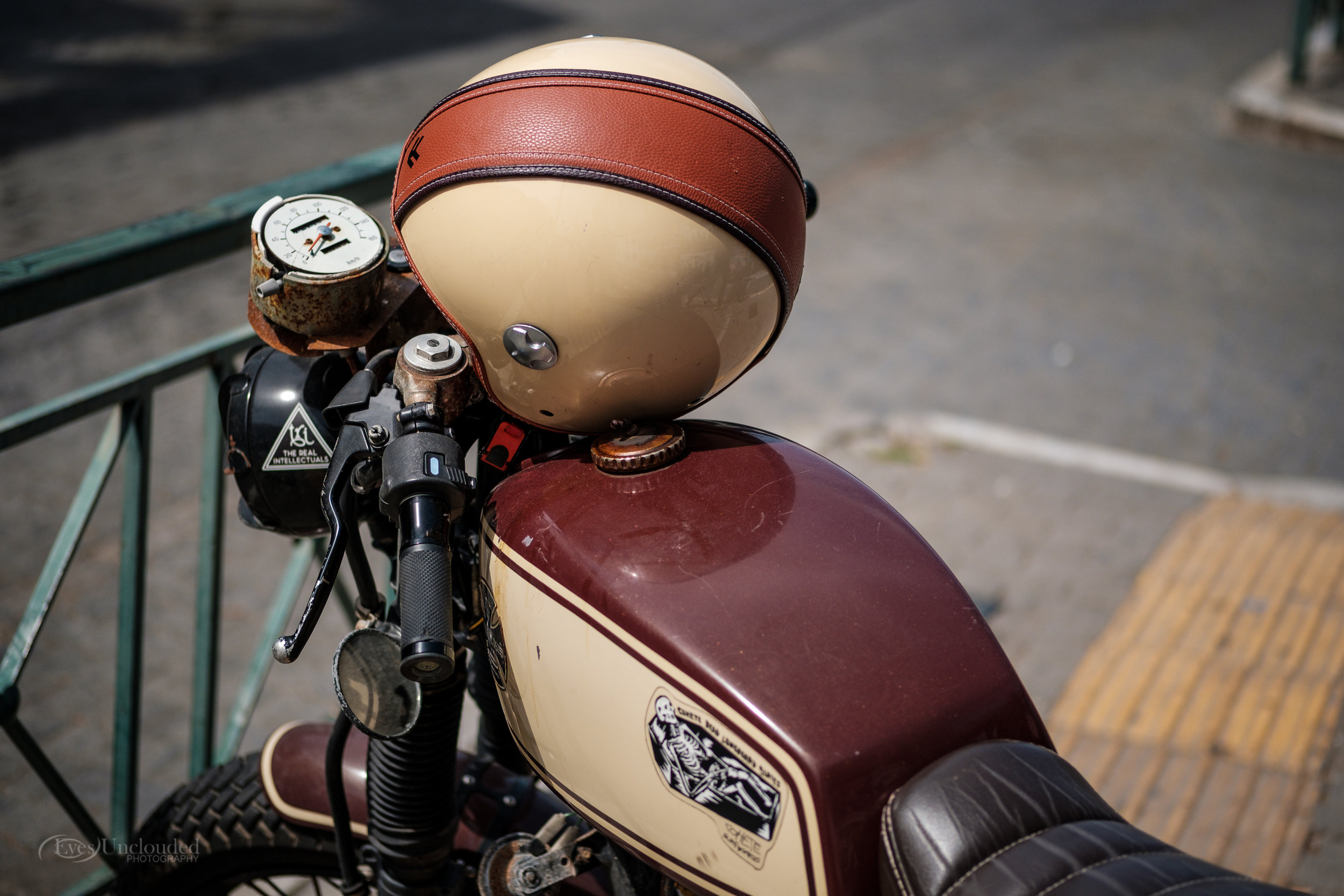 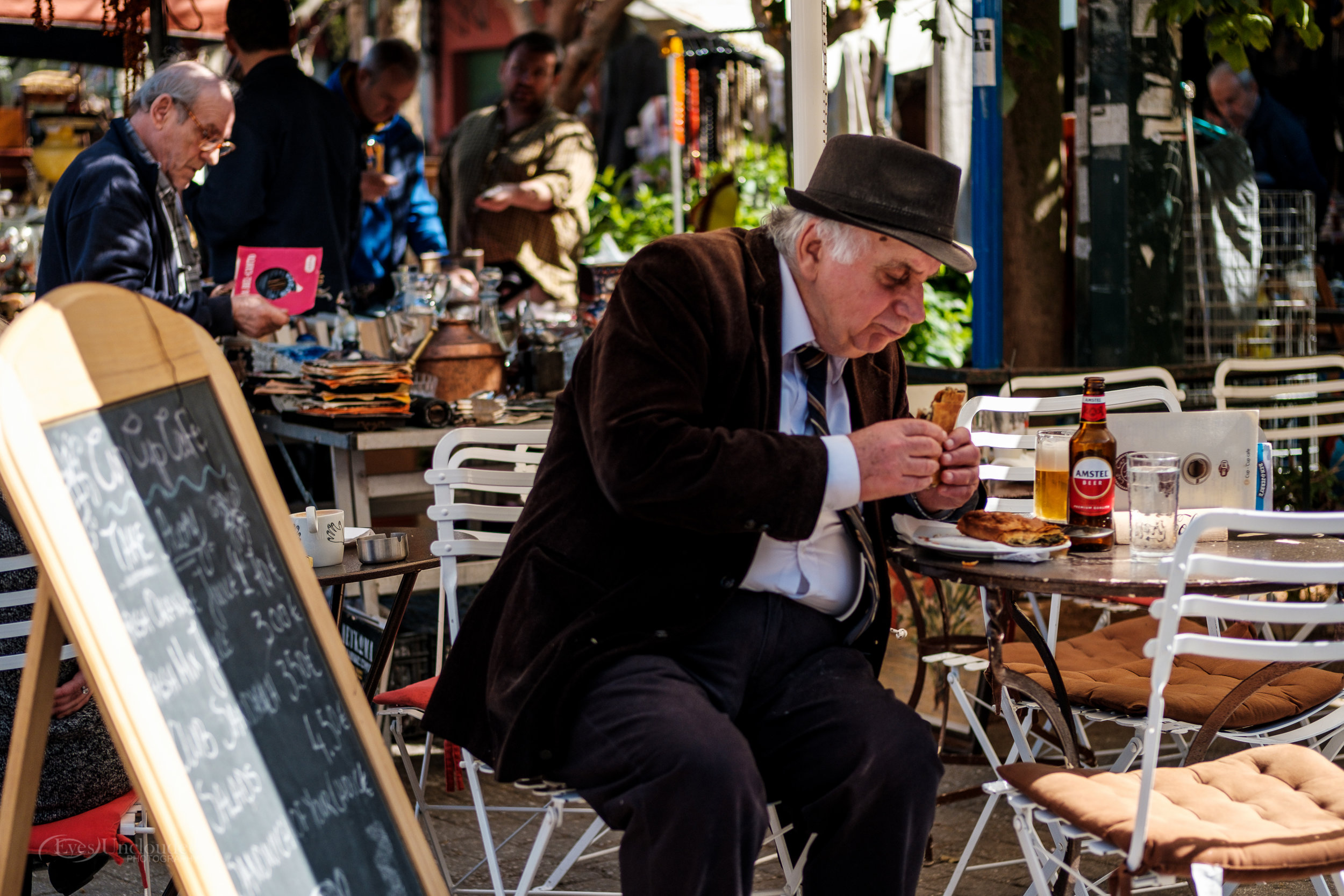 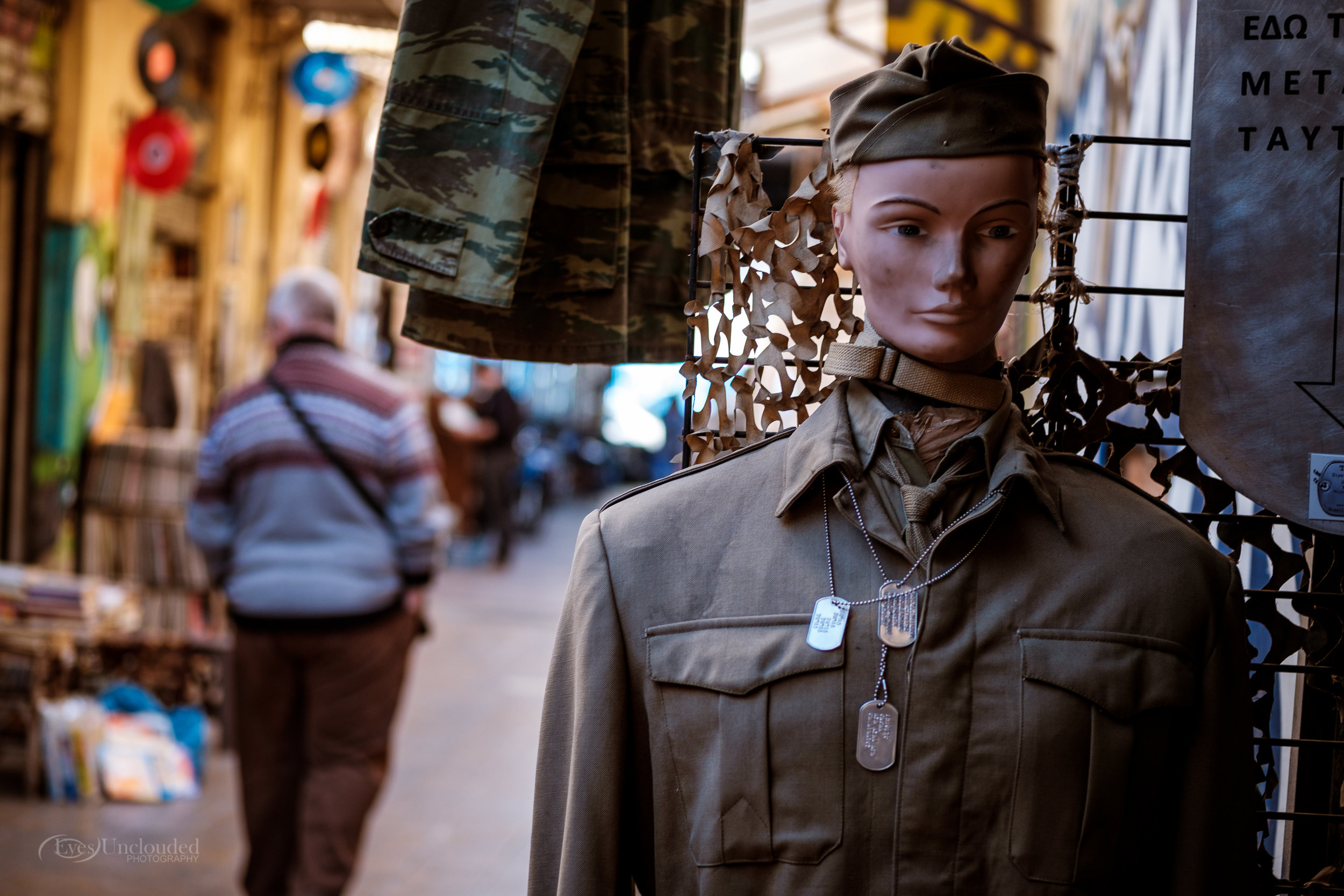 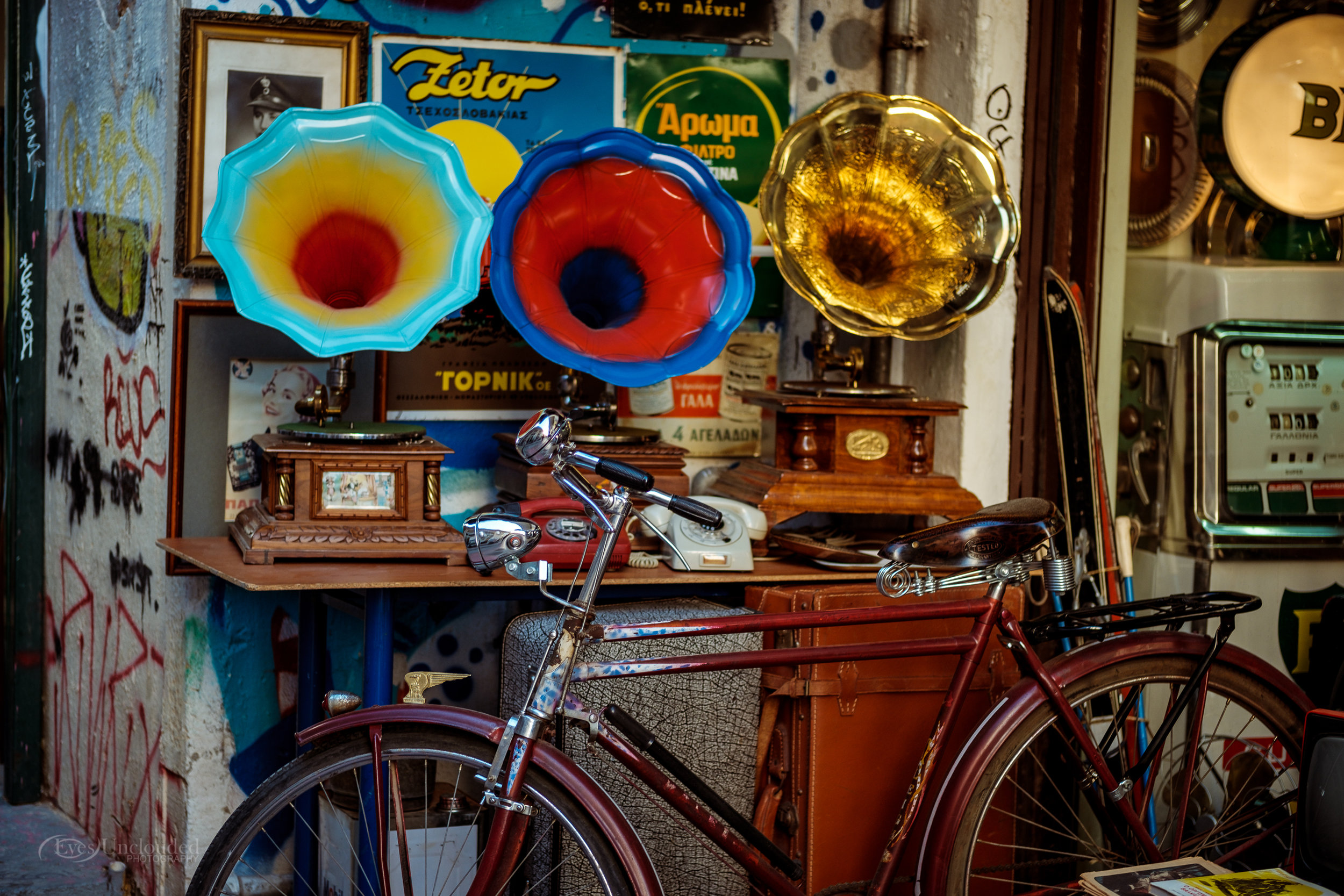 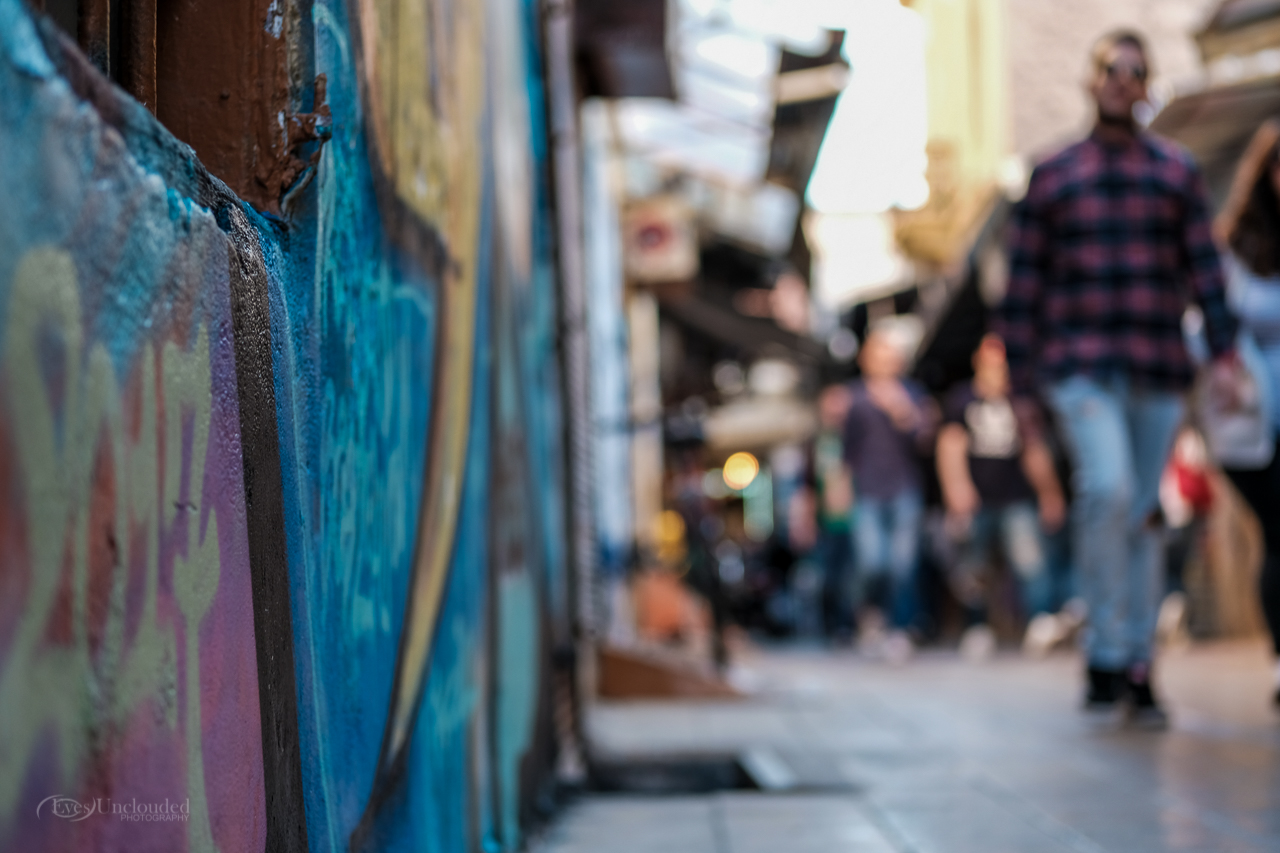 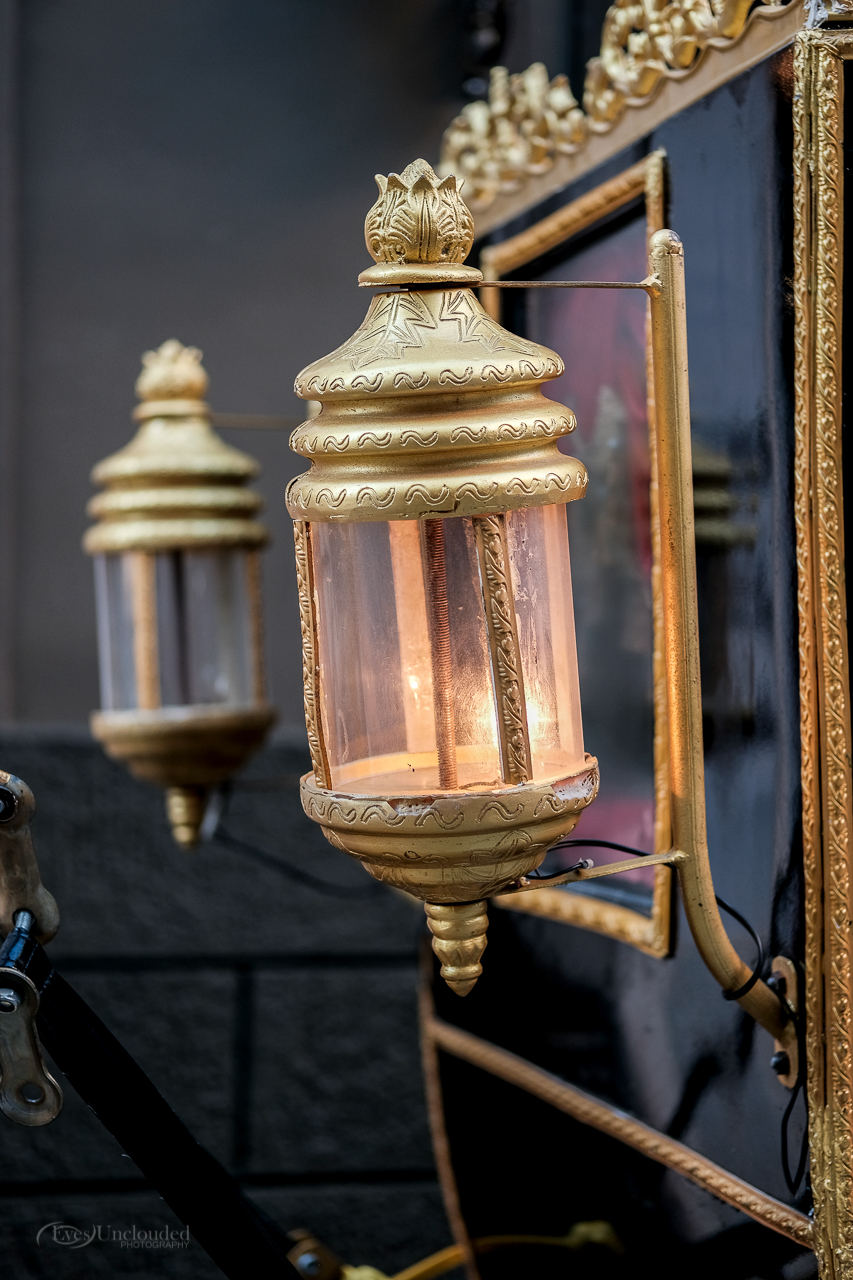 “I’m a photographer based in Athens, Greece. I consider myself primarily a “people photographer”; that is, I will always prefer to make a photo with a degree of human element in it, no matter the concept. I shoot portrait and fashion/editorial and also, due to my long standing involvement and passion with music, do a lot of concert photography. In recent years, my involvement with dance and performance prhotography has grown to become a large part of my latter portfolio. Additionally, I’m hooked on street and documentary type photography, and out on the streets of the city is where you’ll usually find me, when I’m not in the studio or on location hauling heavy bags of expensive equipment. Since Summer 2016, I also have the honor of being part of the global family of official Fujifilm X-Photographers.”