My name is Warwick Cairns. I’m 57 years old and I live in Windsor, in England, with my wife, my two daughters and our two dogs. I work in advertising. I also write books. I’ve had three nonfiction books published in the past few years, and I recently turned my hand to fiction. My first novel, The Master Thief, won the Historical Novel Society’s 2018 New Novel Award.

I’ve had cameras ever since I was a teenager, both film and digital. However, it’s only in the past few years that I’ve become a lot more interested in what makes a good picture.

For the past 45 years, my main hobby and recreation has actually been skateboarding, but as you get older you don’t bounce so easily when you fall. In the past few years a run of injuries has put me out of action several times, with the result that I’ve ended up on crutches for several months at a time. 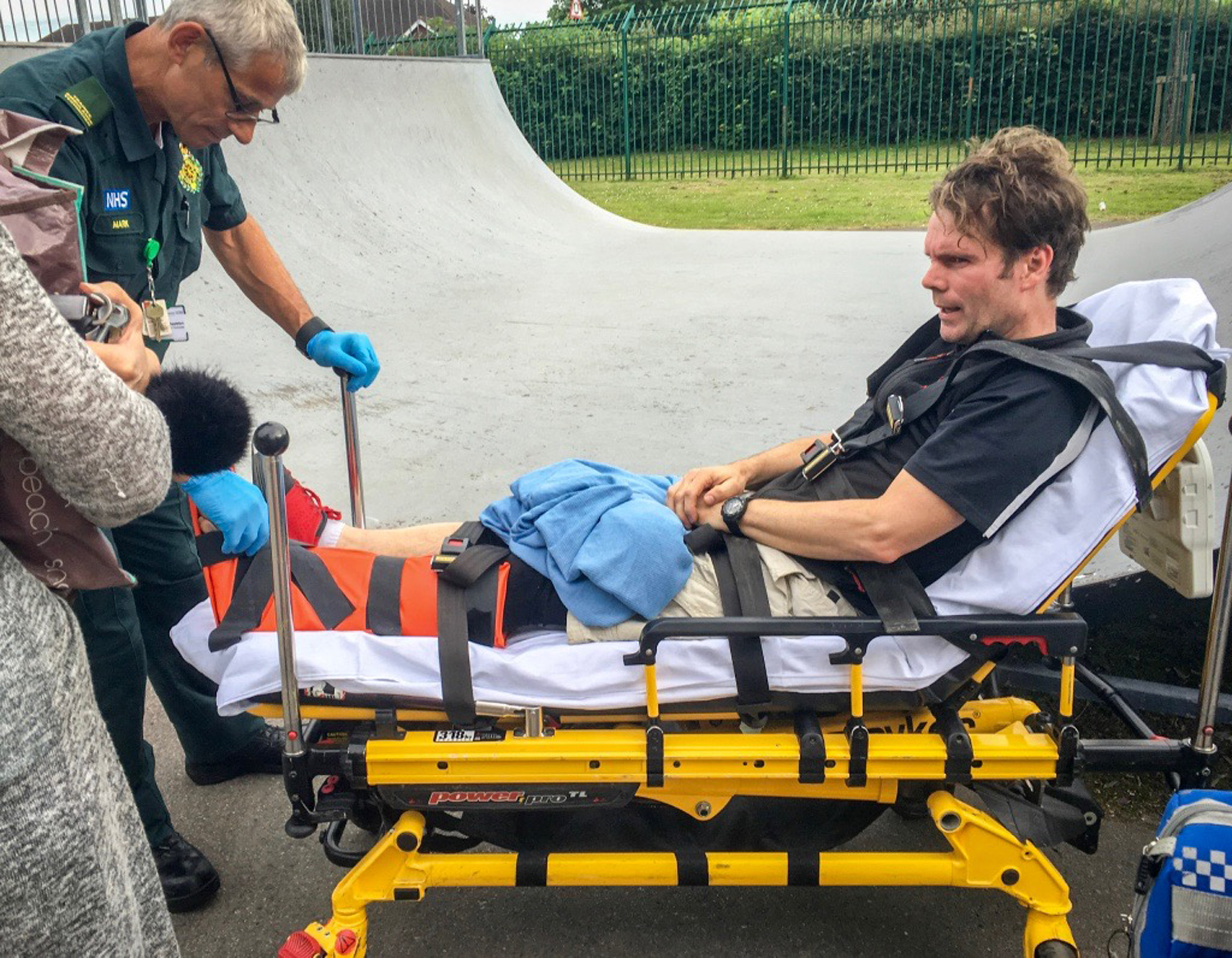 In the recovery time I started reading photography books, and especially books on composition – books like The Photographer’s Eye by Michael Freeman. I’ve also always been a big fan of the documentary or photojournalistic style of photography – pictures that tell stories – and I wanted to find out how photographers like Robert Capa, Henri Cartier-Bresson, Eve Arnold and Sebastiao Salgado managed to capture such powerful images. One book that really opened my eyes was the Magnum Contact Sheets book.

It was around this time I saw my first Fujifilm camera, the X-E1. I picked one up in a shop and immediately felt at home. After years of owning digital cameras that worked like mini-computers, with all kinds of complicated menus and buttons, this was like holding a ‘real’ camera again, with simple physical controls, and lenses with aperture rings, just like the film cameras I used to own.

With my new X-E1 I began to apply what I’d learnt to photographing skateboarding. I also began applying it, increasingly, to capturing my daily life. There were some additional constraints that came from skateboarding, specifically, that have shaped the way I approach photography. As a skate photographer you’re often in a confined space – at the top of a skate ramp, say – and very close to the action. It goes without saying that you need to get your skater in the shot – but you also need to tell a story with drama and tension.

Your story needs to have a beginning, a middle and an end. By which I mean you need to show where they’ve come from, where they are now, and, importantly, where they’re going to end up. Because it’s not the fact that someone’s just launched himself ten feet into the air on a little plank on wheels that makes the drama of the picture: it’s the fact that he’s going to be heading back down to earth in a moment or two – a landing from which, he hopes, he’ll ride away unharmed. But a safe landing is by no means guaranteed. To get all this in your image in such a tight space, it helps to have wide-angle lenses. Pretty much every skate photographer will use a fisheye at some point.

As I’ve been using my camera more and more to capture everyday life, I’ve got into certain habits that maybe I wouldn’t have if I’d had a different background. It just feels normal to me now to get up close to my subjects with a wide lens. Also, I like the way pictures come out when you do that. I love Garry Winogrand’s classic street photos from the1960s, taken with a 28mm lens. Looking at them you feel like you’re right there in the heart of the action, in touching distance, rather than standing across the other side of the street spying on people through some kind of a telescope.

I’ve changed my setup quite a lot over the years. I buy and sell kit on eBay, trying to find the mix that’s right for me.

Right now I’m using an X-Pro2 for my main camera, with a few prime lenses. I have an ultrawide Laowa 9mm for skate photography. I sold my 8mm fisheye to get it, but I’m still undecided on whether I prefer it. I use the Fuji XF18mm f2 a lot for many situations – it’s a great combination of compact size and a perfect field of view for many of the kinds of pictures I take.

In good daylight you can set it to f8 or even f11 and have it focussed at hyperfocal distance. Then you can grab pictures instantly without waiting for autofocus. I’ll often have my camera set to capture multiple frames per second – 3 for street and 8 for action, so that I can be sure of getting the exact right moment and the exact right facial expression. I have a couple of other lenses for general use, although pretty much everything I have is some kind of wide angle. I do own a Fuji XF 50mm f2 for portraits, but that’s as far as I go with telephoto.

Sometimes it’s not always convenient to carry a largish camera around, so I have a pocket sized X-E3 with a 27mm pancake lens for casual everyday use. I’ve really grown to like this little lens, despite the lack of an aperture ring.

I process my photos in Lightroom. I have the no-longer-supported standalone Version 6, which suits me just fine. I’m not interested their subscription model: I can see why it makes sense from Adobe’s point of to have people keeping on paying them month after month for their software, but I don’t see what’s in it for the average user.

I’d like to finish with a quote from Robert Capa, which just about sums up my approach to photography: “If your pictures aren’t good enough, you’re not close enough.”

“My name is Warwick Cairns. I’m 57 years old and I live in Windsor, in England, with my wife, my two daughters and our two dogs. I work in advertising. I also write books. I’ve had three nonfiction books published in the past few years, and I recently turned my hand to fiction. My first novel, The Master Thief, won the Historical Novel Society’s 2018 New Novel Award.”

500px.com/warwickcairns/galleries
Preserving Memories One Click At A Time “Death is actually a matter of life”