Hello, my name is Thomas Ettle, living near Washington, DC. Photography and travel have long been my hobbies starting with my military service time. Carrying an SLR with large zoom lenses became heavy and tedious (50 ounces!).

After much soul searching and tugs of brand loyalty, I moved to the Fuji X series and have enjoyed the easy, familiar and smooth interface and compact size and weight as well as great lenses and JPGs. After each trip, I upload photos and assemble photo albums on the online Shutterfly service.

Fuji has developed a new 16-80mm F4.0 lens, which covers the 35mm range of 24mm to 122mm. This lens is, of course, larger than the 18-55 F2.8~4 and smaller than Fuji’s 18-135mm. I was able to get a copy of the lens last September and take it on a trip. As my lens was an early lens, software updates will likely continue to improve the performance of this lens. How did it perform?

First, a few facts. The lens is being offered as a kit lens with the new X-T4 camera, which reduces the package price somewhat. The filter diameter is 72mm, a large but standard size. This is similar to the filter on the 10-24mm lens, which allows it to share filters between the two lenses. These filters include graduated filters, polarizing filters, stopper filters, and closeup filters (which can be used in series).

For my trip, I carried a Fuji X-T2 and an X-Pro2, the 16-80mm and a 23mm F2. The 23mm was to allow a light combination when walking about after a day’s touring and I usually used either 23mm or the zoom, but not both, and carried only one body. The main combination was the X-T2 with the zoom lens, which I relied upon almost entirely. With improved ISO sensitivity, I did not find the F4 to be a serious limitation.

The photos I am including show some of the lens’ capabilities. At close focus, I found it was able to fill the frame about a postcard size image (see photos of eyes taken at closest focus point). The 16mm focal length places the lens between wide and ultra-wide, which allows it to perform the functions of both.

The 80 mm focal length (roughly like a 135mm lens in function) provides a very useful addition beyond 55mm. There were times I could have used more width or more length but they were rare. The lens is weather-sealed and has an optical image stabilizer.

In carrying, the lens is solid and tends to lean the camera forward. It feels chunky but balances nearer to the body than longer zooms. It would be more difficult to handle on a small camera body like the X-E3. As the only lens carried with the X-T2 it was a light and versatile combination.

I used a small camera bag (small Billingham Hadley) to hold just the camera and lens, spare batteries and SD cards and cleaning supplies, and a few maps and papers. The camera has a small petal-shaped lens hood, which I often left off. A compact square lens hood is available from third parties.

The trip went from Hong Kong to Taipei and several ports in Japan. 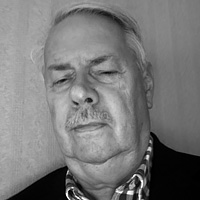 Thomas Ettle is a retired civil servant and passionate Fujifilm photographer living in Washington D.C.. He travels frequently around the world and produces bound Shutterfly albums of his travels. He enjoys photographing people, culture and landscapes.

Thomas Ettle is a retired civil servant and passionate Fujifilm photographer living in Washington D.C.. He travels frequently around the world and produces bound Shutterfly albums of his travels. He enjoys photographing people, culture and landscapes.

Posted on May 22, 2020May 22, 2020by Alessia De Angelis
Summer is around the corner and here in London is sunny as it’s never been before. The pandemic is forcing us all home, but so far I have had the strangely relaxing feeling that I…
END_OF_DOCUMENT_TOKEN_TO_BE_REPLACED
Categories INSPIRATION

Posted on May 17, 2020May 15, 2020by Robin Benzrihem
When it comes to photography, Iceland is a mix of what one would expect from the breathtaking pictures that can be found online. However, sometimes, even expectations aren’t enoug…
END_OF_DOCUMENT_TOKEN_TO_BE_REPLACED
Categories INSPIRATION

How the Fuji X100V can help you be a better photographer

Posted on May 15, 2020May 15, 2020by Jerred Zegelis
The Fuji X100V embraces and celebrates the Fuji philosophy: that cameras are more than just image makers. More than any camera I can remember using, the X100V is simply enjoyable …
END_OF_DOCUMENT_TOKEN_TO_BE_REPLACED
Categories INSPIRATION

Posted on May 11, 2020May 13, 2020by Paul Moore
My introduction to the Fuji ecosystem was through the Fuji X10. A fellow camera geek recommended it to me as I was looking for a compact camera that I could take everywhere with m…
END_OF_DOCUMENT_TOKEN_TO_BE_REPLACED